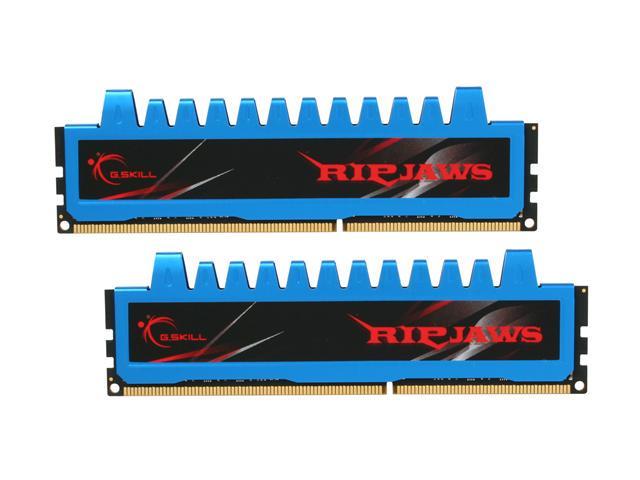 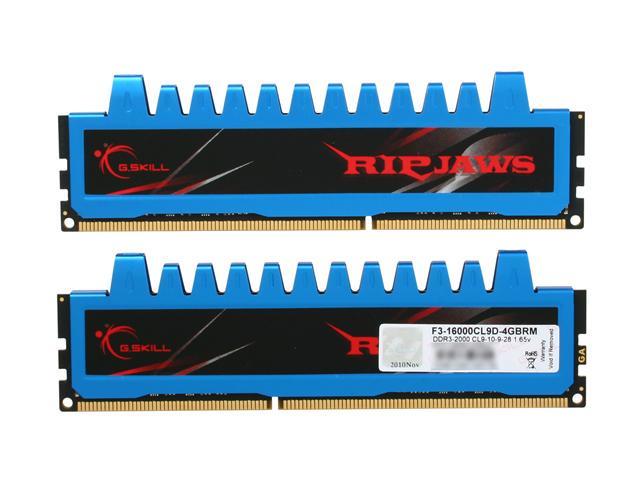 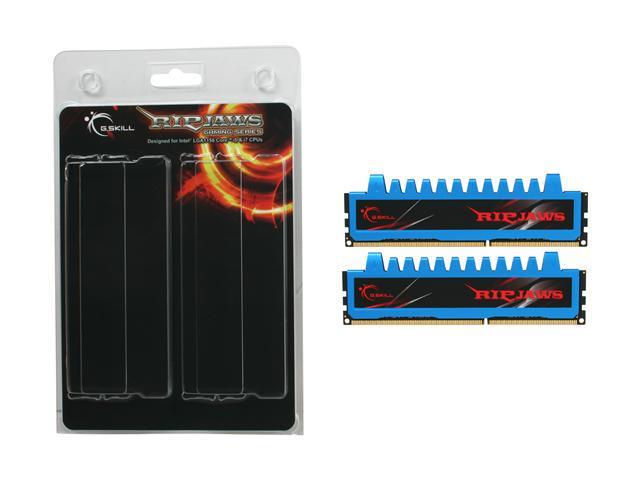 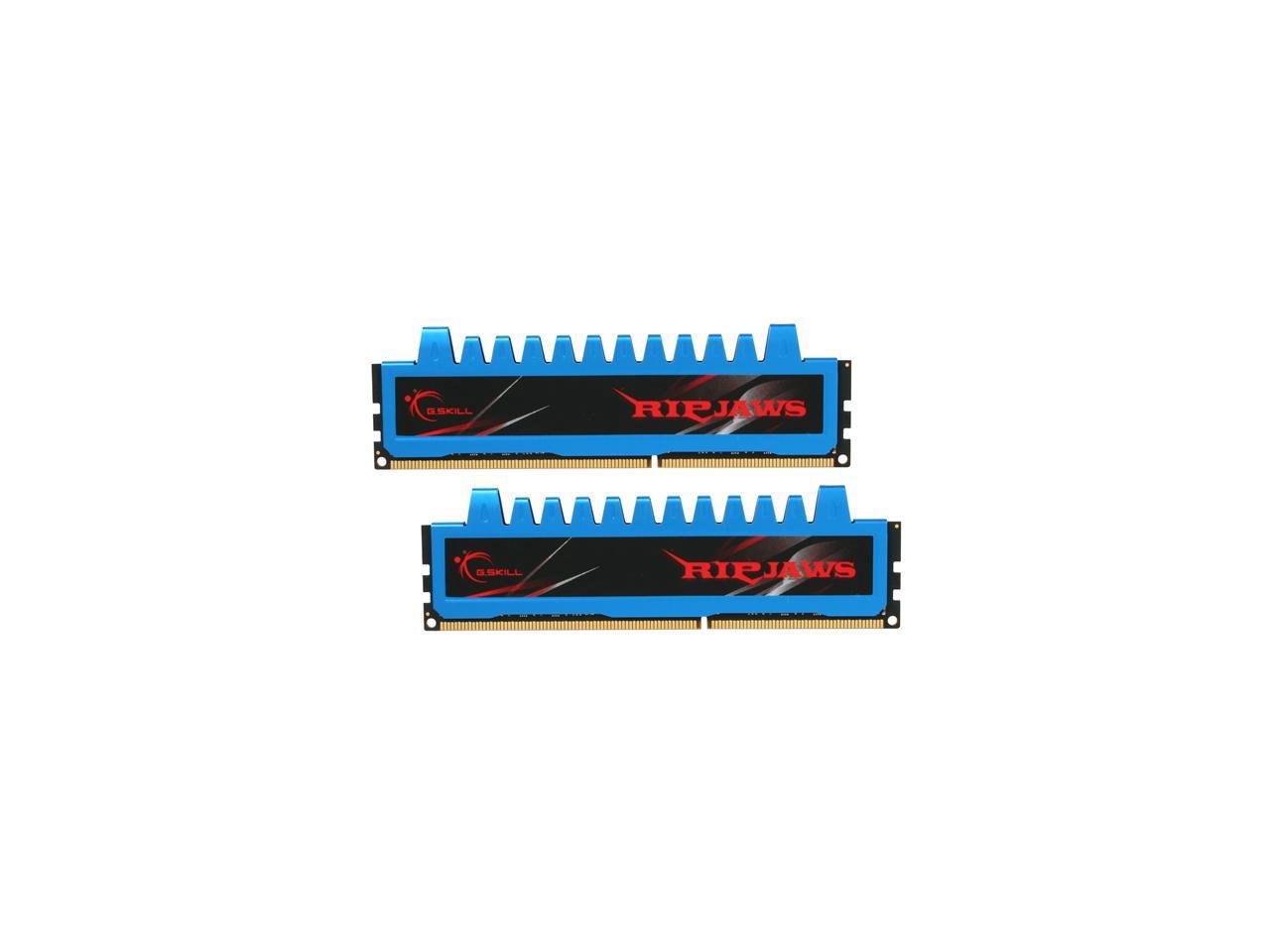 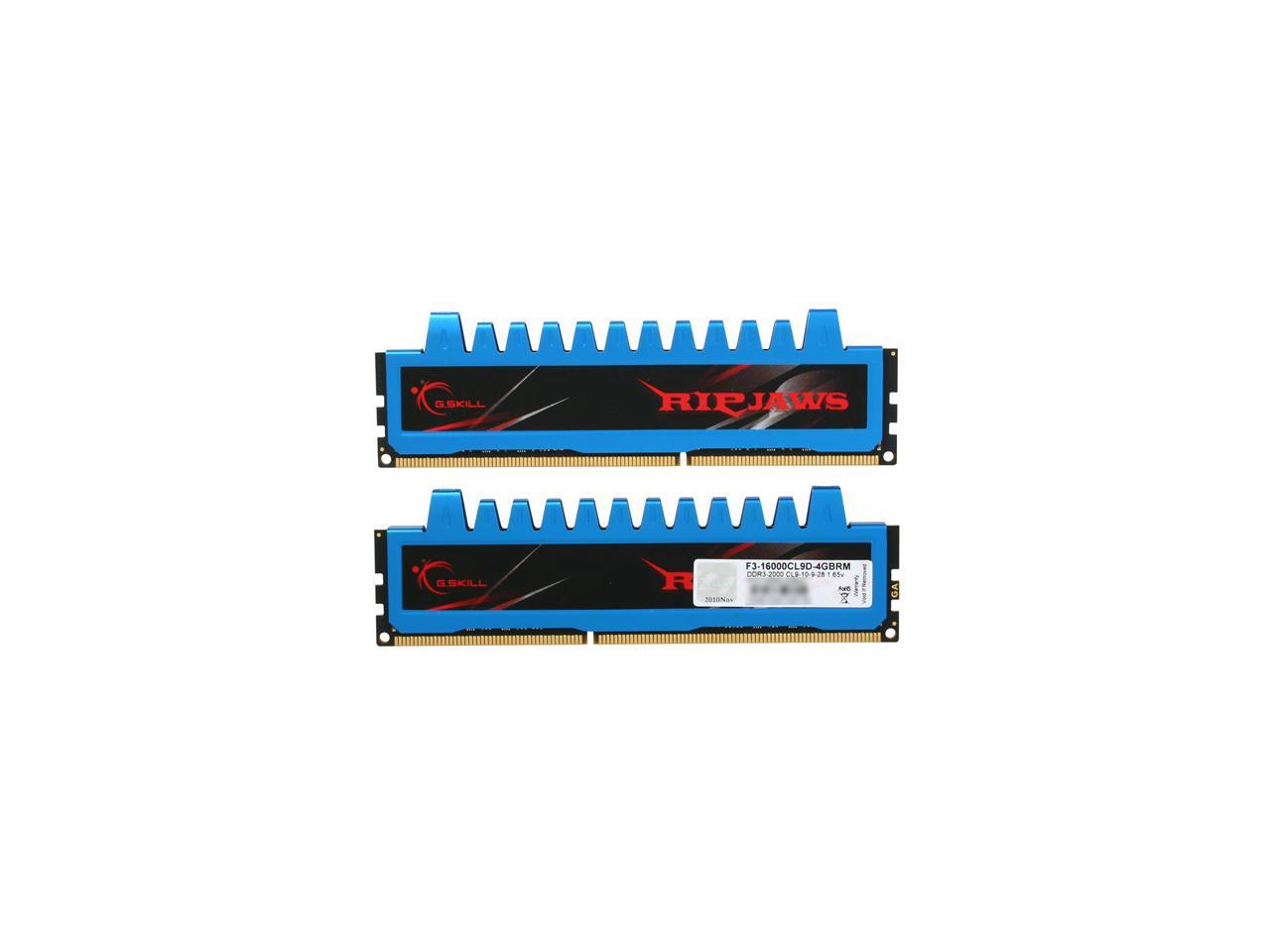 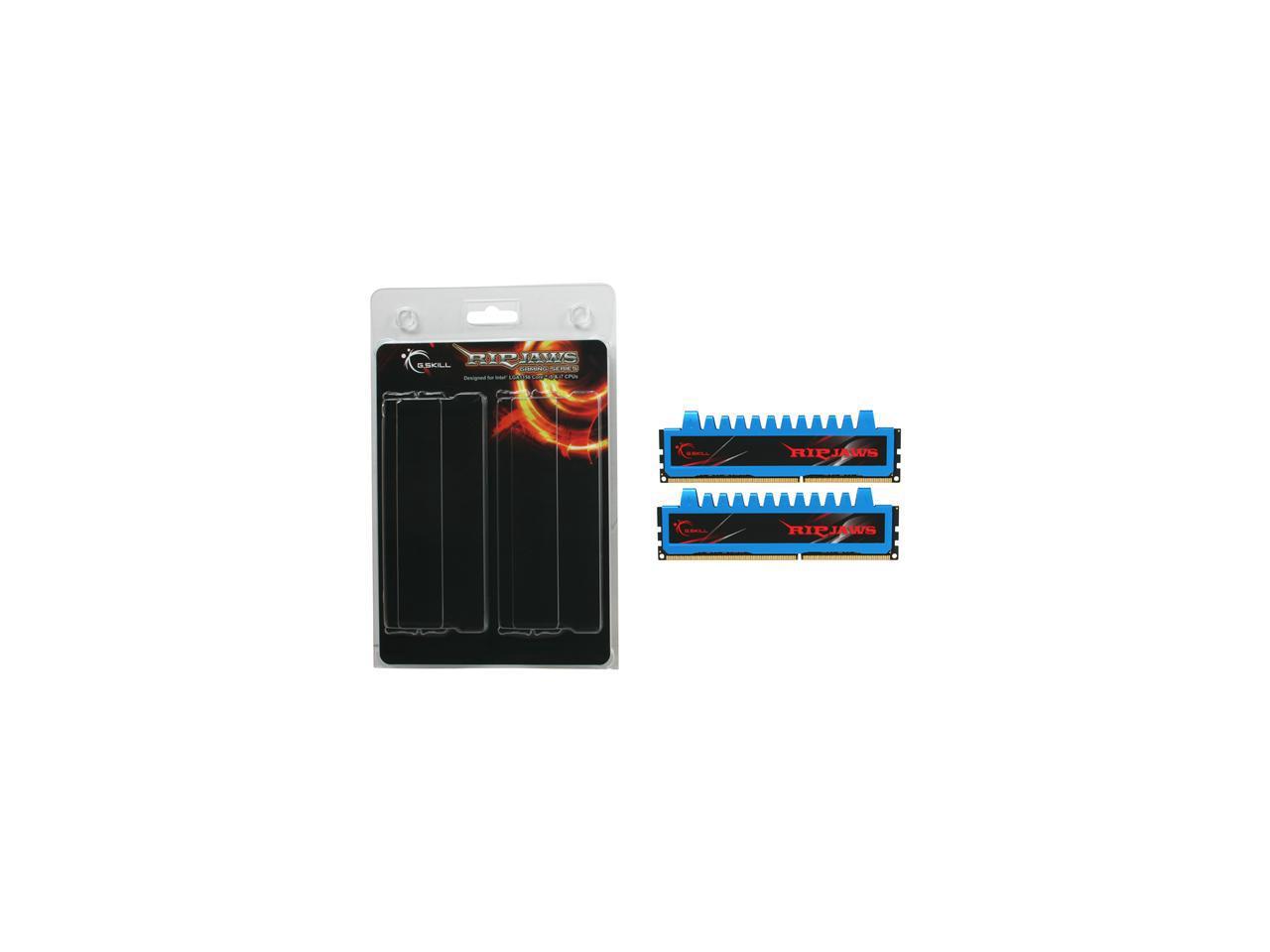 Overall Review: Intel 860 ASUS P55-E Deluxe Corsair 850HX power Supply MSI GTX470 Crucial 128GB C300 SSD Was running this machine with 8GB of the other GSkill RipJaws DDR3-2000 that has timings of 999-27 and 1.6 volts. Pulled that memory cause I was only running it at DDR3 1800...replaced with this RipJaws set cause was cheaper and to have a set of 8GB for use in my next build which will be an ASUS P67 machine. Old set is listed on the ASUS P67 Memory QVL, this set of RipJaws is not. Having bought RipJaws DDR3-2000 GSkill memory previously for a triple channel ASUS Premium Intel 920, and an ASUS Intel 860, this set of 8GB did not disappoint. In the end, I'm really only going to run this set at about DDR3-1850 at 1.5625 volts.

Pros: USed this in my ASUS M4A89TD PRO/USB3 board, had to seat it in a few times but once i got the board to post i added the second stick and everyhitng booted up quite nicely. So far it runs great, 7.5 memory score in windows (not that its a good bench tester). No overlcocking, runs with my games great.

Overall Review: Well worth the money. Allows me to multitask in less time therefore resulting in increased productivity.

Pros: Cheap and working well. Having some heat spreader is nice also.

Overall Review: to bad ocz stopped making ram it was a pain to set up but had great performance

Did you find this review helpful?
Manufacturer Response:
. Dear Customer Thank you for your G.Skill purchase and review. Glad to hear the memory is working well in your computer. All DDR3 motherboards default to standard value (in this case DDR3-1333), then it is up to the user to manually configure settings in BIOS to run at full speed. The maximum DRAM Frequency depends on the CPU, so you will need a high end CPU to achieve near DDR3-2000. Should you need any help setting things, please feel free to contact the G.Skill support team directly and we will be glad to help. Thank you GSKILL SUPPORT Quality and customer service are our top priorities. Tech Support Email: ustech@gskillusa.com RMA Dept Email: rma@gskillusa.com G.Skill Forum: http://www.gskill.us/forum/
Richard H.
Ownership: 1 week to 1 month
Verified Owner
refunds1/13/2015 6:27:31 AM

Did you find this review helpful?
Manufacturer Response:
. Dear Customer We are sorry to hear you are not satisfied with your purchase. This is a high speed memory kit that should work extremely well for a performance build. Especially if you're gaming and need the higher frequency to minimize bottlenecking and unleash the full power of the CPU/GPU, this RAM is great. For any reason you may want a different memory kit, you have a hassle free 30 day return and exchange window at NewEgg. And of course you don't need to worry if the RAM becomes defective, you are covered by a manufacturer lifetime warranty so you will have good working memory for life. For any questions or concerns, please feel free to contact us directly. Thank you GSKILL SUPPORT Quality and customer service are our top priorities. Tech Support Email: ustech@gskillusa.com RMA Dept Email: rma@gskillusa.com G.Skill Forum: http://www.gskill.us/forum/
ROBERT O.
Ownership: 1 week to 1 month
Verified Owner
Desktop is screaming fast4/20/2014 10:19:45 AM

Pros: Listed in ASUS M/B Manual as a recommended memory selection. This is my first time buying RAM other than Kingston. My 13 month old ram has a problem and I needed a replacement quickly, but NewEgg doesn't have the 2 x 2Gb (4Gb total) HyperX any more. Bought these and they are working extremely well, and like Kingston, they have a lifetime guarantee.

Overall Review: Next time I order everything to put a system together, I'll look at GSkill Ram as well as Kingston.