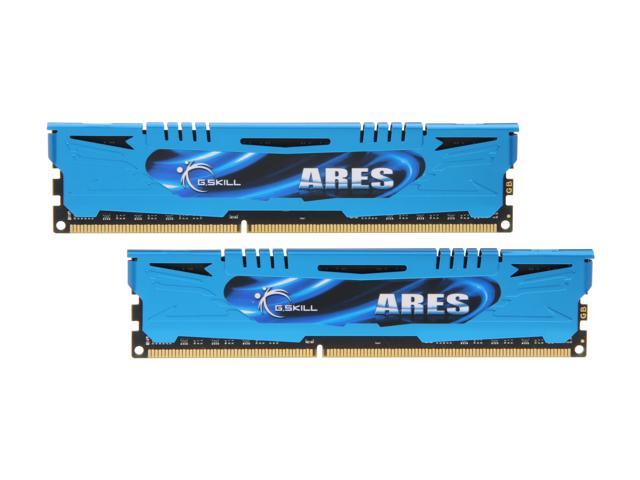 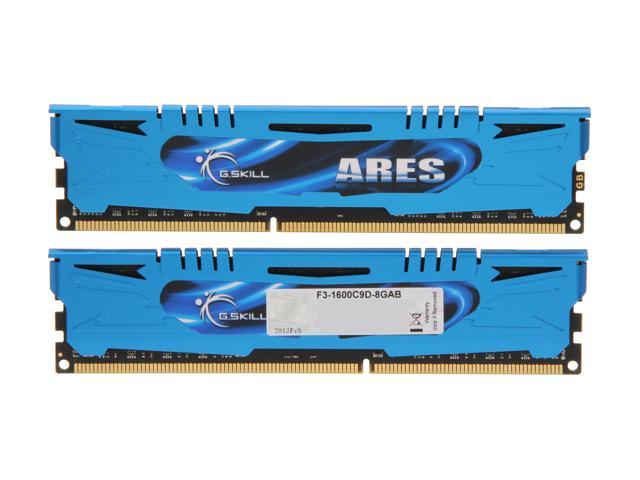 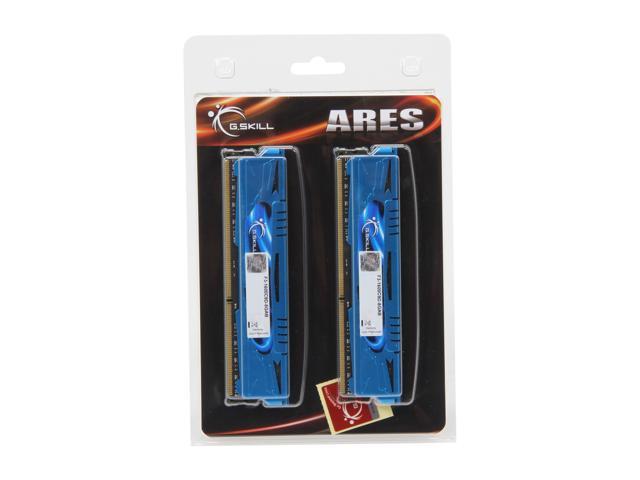 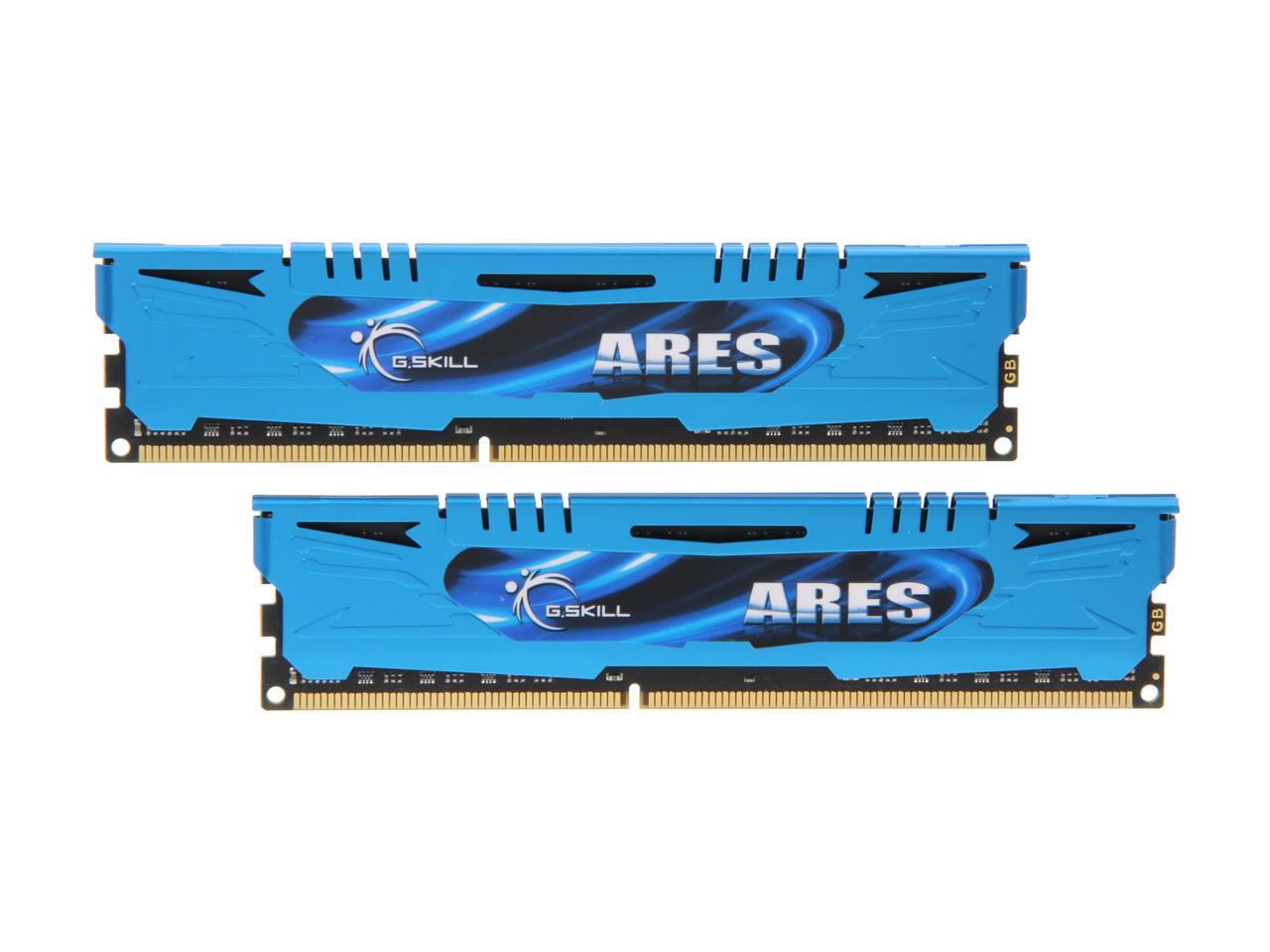 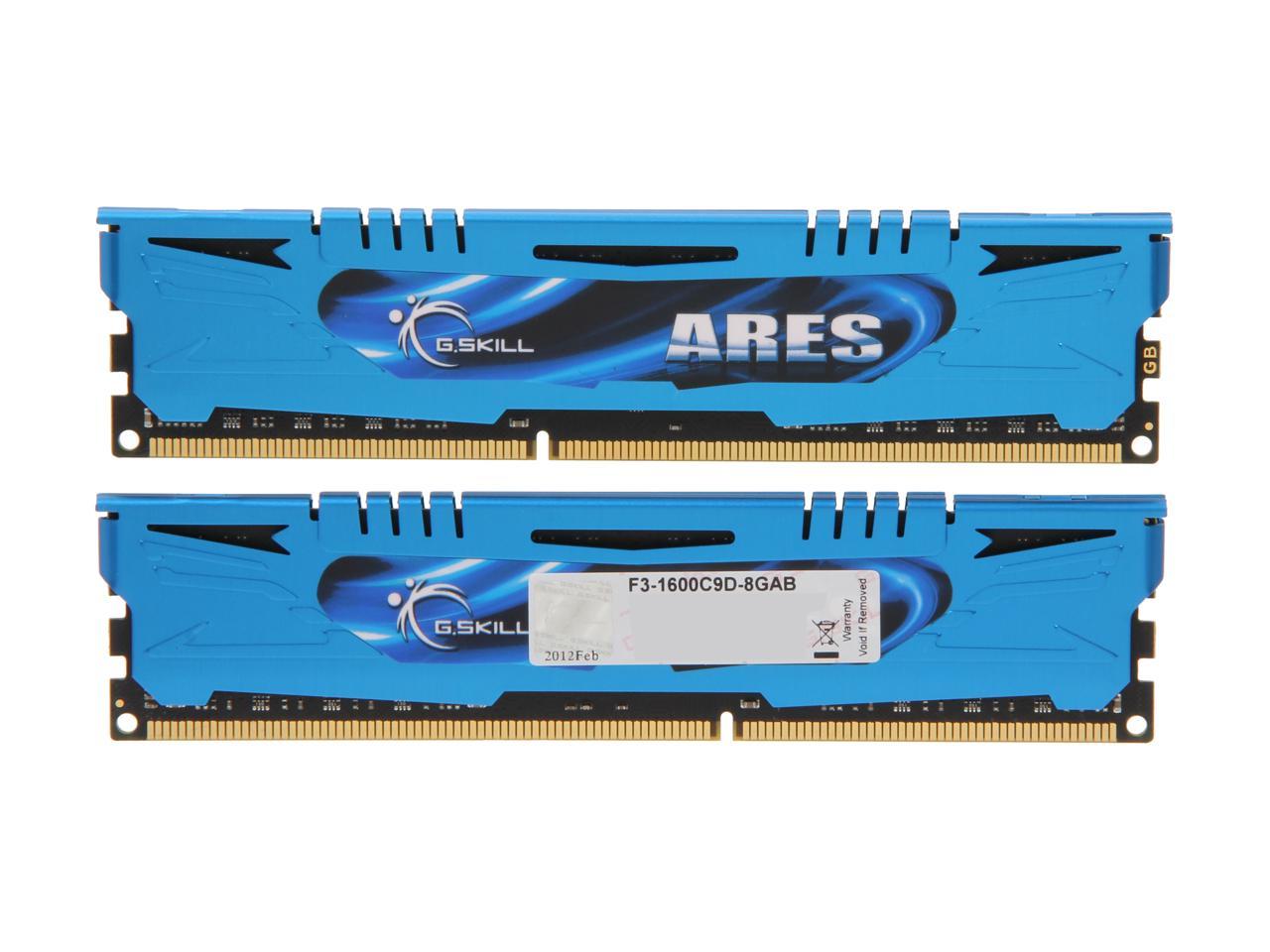 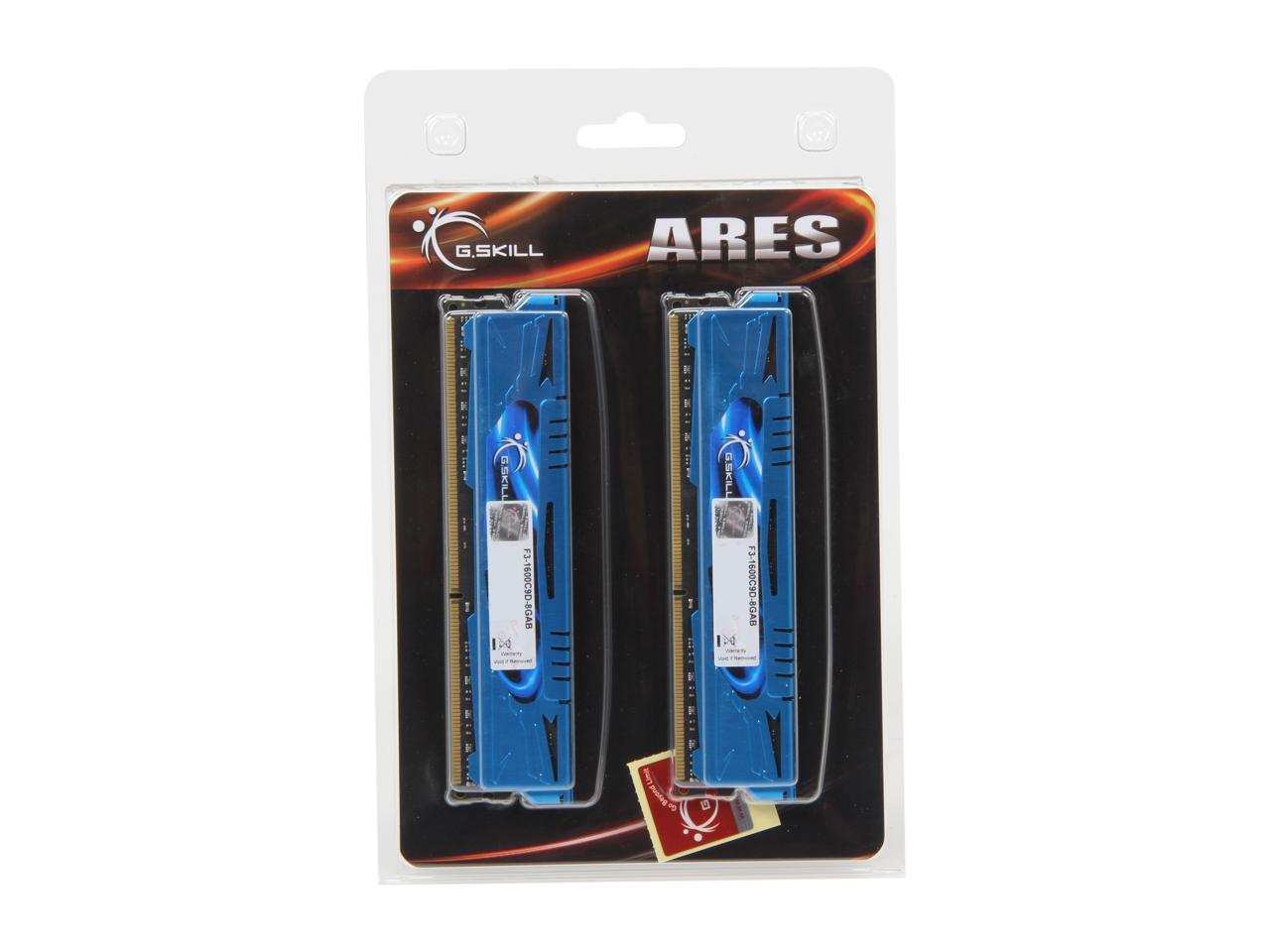 Eliminate the memory bottleneck with the G.SKILL Ares series DDR3 RAM. Optimized for speed, low latency, and high stability, it is the perfect solution to build a responsive system. At only 3.2cm tall, the Ares Series memory kit can fit into systems with a large CPU cooler or a small form factor.

G.SKILL ARES is the best choice for optimum adaptability/fitment for your system. At only 3.2cm tall, the low profile heat spreader design of G.SKILL ARES is the ideal memory for systems with massive CPU coolers or for small-form-factor PCs, where every millimeter counts.

Like all G.SKILL memory products, each ARES memory kit is put through extensive reliability and compatibility tests with a wide range of Intel and AMD platforms. The stress tests ensure ARES memory kits deliver outstanding performance and durability, while maintaining overclocking headroom. Pros: I picked up one of these kits as a part of a customers gaming/HTPC upgrade. I use G.Skill memory in a lot of my builds, and it always performs wonderfully, I have trusted the G.Skill name for many years. Not only does this kit have the performance to meet the customers demands, but it fit the blue aesthetic they were looking for.

Overall Review: This kit was used in an AMD FX-8350 powered build running a Radeon R9 270X as part of a gaming HTPC rebuild. It's working perfectly and the customer is very pleased with it's performance. Chalk up another win for G.Skill, another satisfied customer.

Pros: Went with Ares instead of Ripjaws for my new build as I am going for a blue theme in my case. Coupled with ASUS P8Z77-V it looks great. The RAM itself performs as expected and had no issues with BIOS recognizing the modules. Have always gone Corsair in the past, count me as a new G.SKILL convert!

Pros: I saw that it worked right as soon as I got out of BIOS and was able to reboot the system with Windows 7 64-bit installed. Originally, I was with 3 gb's of ram but it was still 1600mhz speed. I definitely felt like I was suffocating with having only 3 gb's of ram in my system. I couldn't open a lot of tabs in Chrome and had only 2 or 3 half-decent games that was playable with what little ram I had. With now having 8 gb's of ram, I could open around 14-16 tabs in Chrome and have a library that included 45+ games such as AC 4: Black Flag and Wolfenstein: The Old Blood. I definitely feel like I got my money's worth here.

Cons: None. (Although, I strongly recommend to not even try to increase the settings. Default settings exist for a reason. Not a good idea to tamper with it if you spent a lot of money on the system.)

Overall Review: I think they should lower the price to between 30-40 USD. Other rival ram manufacturers could take advantage if g.skill ignores the market's feelings. I paid 45.99 USD for these two sticks in late 2014 and I thoroughly enjoy them to this day especially knowing that g.skill has a lifetime warranty for (regrettably) only original buyers. I'm not trying to sound cheap but I would jump ship if another manufacturer was selling the same thing with similar quality for a lower price. Another thing to note is that they ask for proof of purchase if you're trying to replace them. Please keep that in mind.

Pros: Worked on first boot in my system. Memtest ran great. All around bump in performance

Overall Review: Upgraded from 4GB of 1333 in my aging AM3 system. Changed ram timings, voltage, and speed to 'auto', then changed out my ram. On reboot, went back into bios and changed ram timings and voltage to specified on new sticks, saved and booted up. Everything runs just fine and the 8GB breathes new life back into my Phenom II system. Still cranking along and works great!

Pros: These fit under my CPU cooler, due to their low profile, with no hassle at all. They OC easily and seem to stay reasonably cool and remain granite stable under heavy loads. Note they have better CAS and timing ratings than a lot of other G.Skill RAM of the same speed that cost more. Shop wise and prosper at NewEgg.

Cons: I've got 4 of these and they didn't give them away.

Overall Review: A great buy for the price, which I would buy again and recommend to anyone.

Pros: A friend recommended g.skill to me long ago and i still use it as my go to ram. No problems in either gigabyte 990fxa i installed these on. They are low profile so they fit under big fat cpu coolers like the evo 212.

Cons: The price of ram is high right now. Im sure you have been reading about it. However i cant dock an egg since all ram is high, not just this kit.

Pros: Got it on sale for $49.99 during the Thanksgiving sale. Works great on my ASUS P8B75-V motherboard.