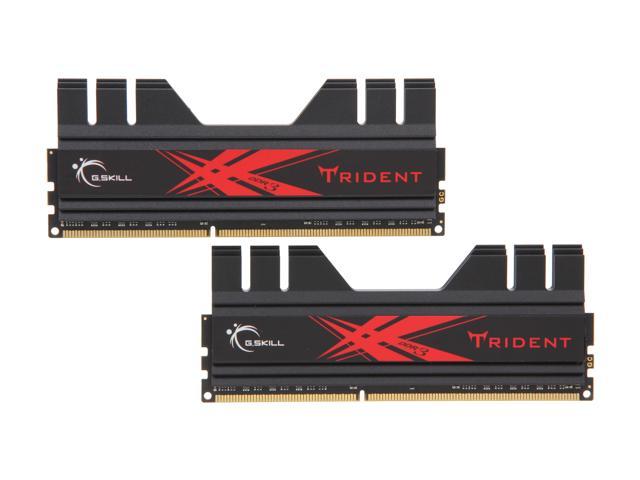 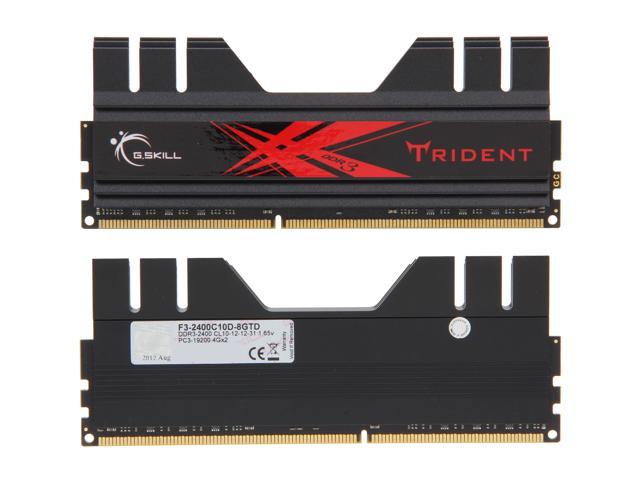 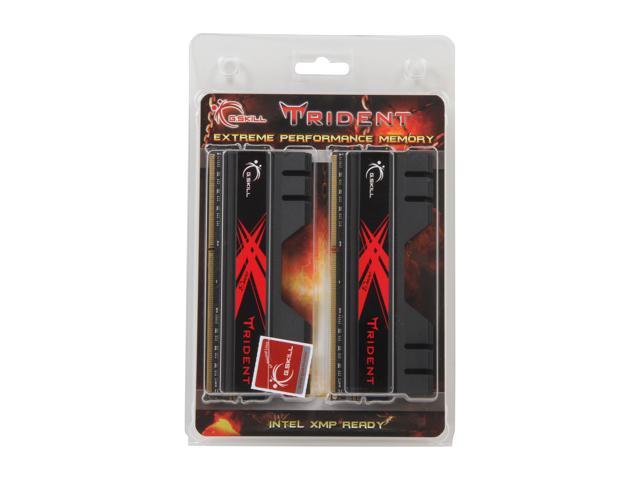 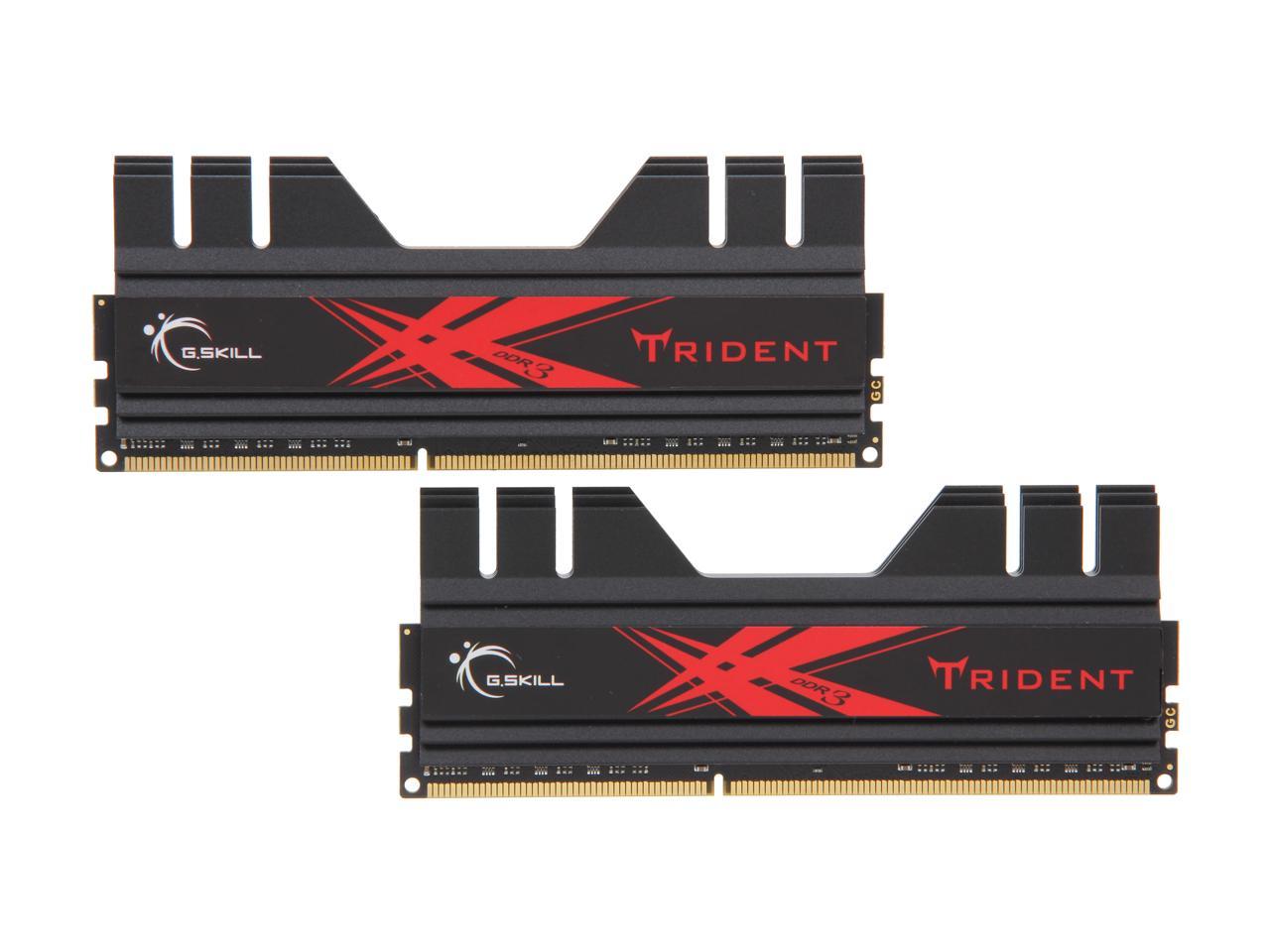 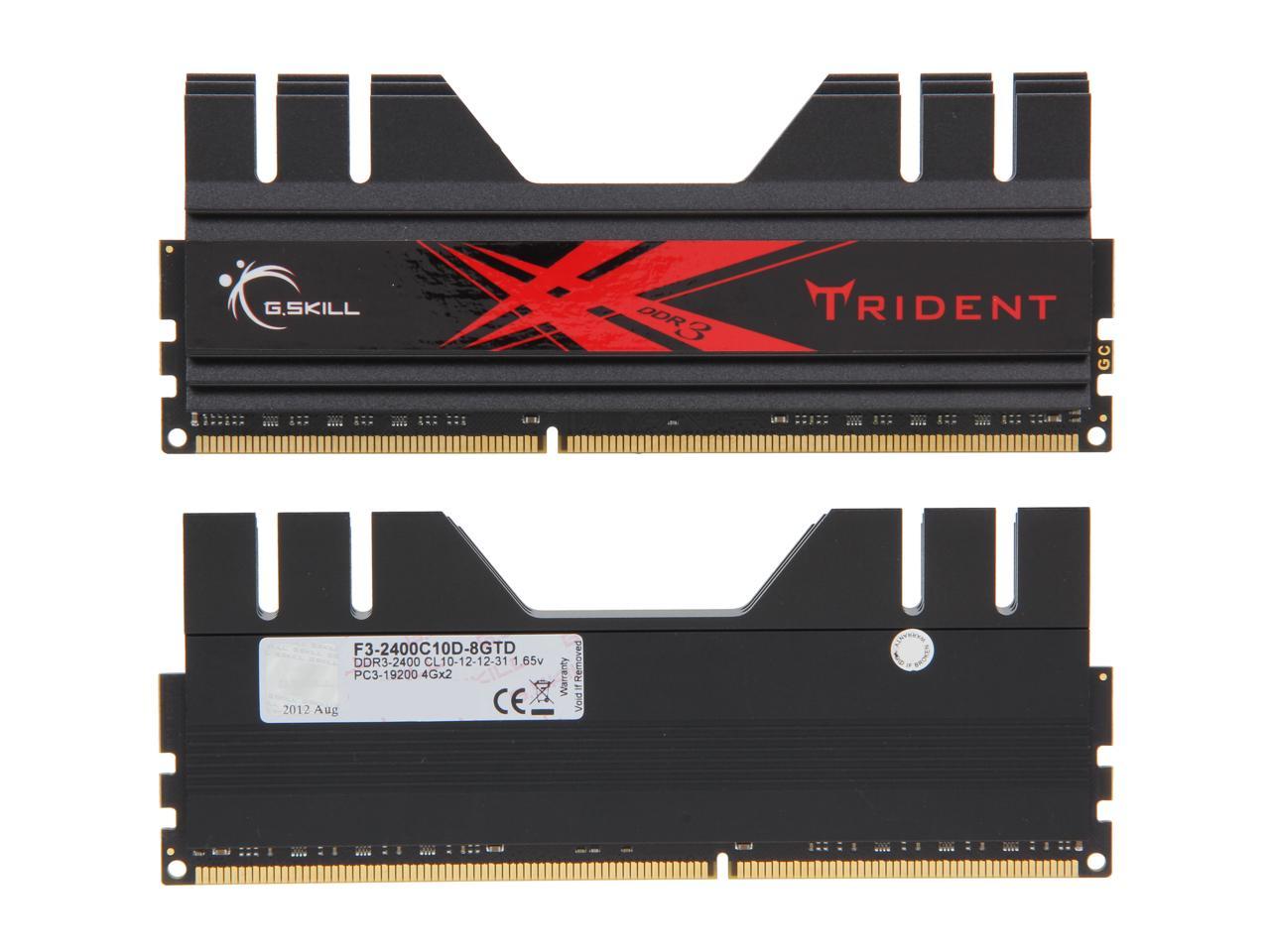 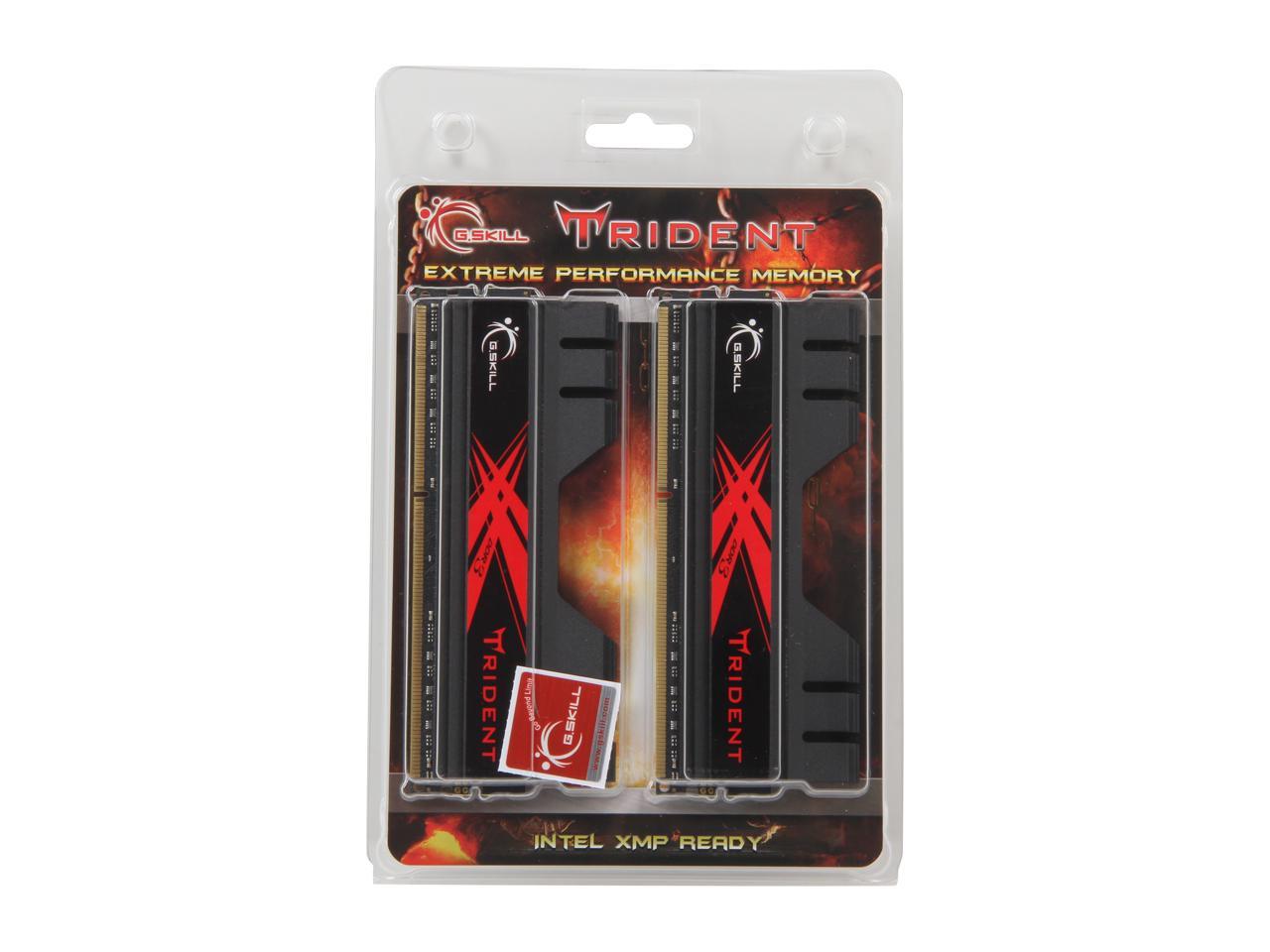 Pros: After initially putting these into my Maximus V Gene and set to the XMP profile, this kit worked, somewhat to my surprise. You see, I have the i5-3570k (Costa Rica) for the CPU, which really shouldn't work at 2.4GHz this RAM is clocked at. However, after some time, the integrated memory controller finally gave out after a couple days, with the usual spate of BSOD's and errors as registered on MemTest (OS level). After the usual finessing, I set got things working again at the following settings: 9-11-11-(29), 2200MHz, 1.625V The voltage may be somewhat generous, but I have a 1.5GB RAMDisk set up, and don't want minor errors creeping into it at any time. So, given what I have, I'd say the higher clock gives one some room to work with in lowering timings and voltages however one sees fit. That's G.Skill for you. It's an affordable price for high-quality DDR3!

Overall Review: Keep in mind that a i5-3570k's integrated MC isn't really capable at running these at their stated speed (XMP). You might even get lucky enough that they'll boot, but the strain on the iMC will catch up with you eventually. I anticipated this, so do not find it much of a problem.

Pros: Good Lord this ram will OC to infinity!!! I have an FX8350 AMD3+ OC'd on air cool to 4.7Ghz, this ram replaced some older gSkill Trident DDR3. Pop'd in the new sticks raised my mhz i'm easily stable at 2484. I'm sure there is plenty more room to go. These sticks are heavy (weight) built solid more so than anything else I have encountered. They stay cool to the touch even after benchmarking...WOW gSkill... NAILED IT!!! :D

Cons: NONE... If you can't get this ram to run your doing something wrong on your end!

Overall Review: Heat sinks sit a little high, but they don't affect anything in my setup.

Cons: A little heavy than most rams but makes it feel study in my opinion had to switch my cpu fan since these a little tall but I knew that and tried to be cheap by using my old zalmans

Overall Review: funny how hard drive and ram prices rising with time should've stocked, would be rich by now at these rates

Cons: None.... But the Heat speader rubs on my cpu cooler... not really g.skill's problem.

Overall Review: great ram, I will upgrade with 2 more sticks of the exact same ram when the time comes

Cons: Not even one, unless you accidentally the whole package.

Overall Review: I've been contemplating getting another set to split and build tiny APU steam boxes to sell to my co-workers.

Pros: fast good quality ram. been running in my system for a three months no problems at all i5 3570k ASUS P8Z77-V LK

Cons: - To get seriously good performance from them they need to be COLD!!! I had no issues with the primary or tertiary timings (which are the ones that benefit performance), but getting secondaries right was much more frustrating than usual once running at ~2350 or higher (secondaries are mostly stability). As a result, it took a while to get each OC nailed in, but once it was, they were stable as a rock. Oh, the IC's used in mine didn't match what the Serial Number indicated; SN said they would be premium binned Samsung HYK0, but these ended up being top-shelf binned PSC. No issues, but the first time I've EVER seen a G.Skill kit's IC's not match the serial (and I've got about 90 kits from them....); their use of only the absolute best IC's, whether in cheap Ripjaws X 2x4GB fifty buck kits or similar but hand-binned IC's in premium 2133+ kits, is one (of many) reason(s) that they are so much better than C O R S A I R

Overall Review: If you are a RAM bencher, pick these up; for the price, they do very well!!!

Pros: For gaming after consulting various authorities on the performance of 8GB vs 16GB RAM I decided to go with 8GB G.Skill RAM. I have been using G.Skill for years and I usually go for theDDR3 1600 Ripjaws line but this time out I decide to try the Trident DDR3 2400 RAM. The ASUS M5A99FX PRO R2.0 picked up the RAM right away and a quick BIOS change I had it running at 2400. I have another identical PC in my home office using the DDR3 1600 and a few quick benchmarks show a roughly 4% performance improvement. Not much but since the RAM was well priced it was worth the change from Ripjaws to Trident.

Cons: Potential con is the very tall heat spreader design. Some CPU coolers this may be an issue with the RAM slots closest to the CPU. Fortunately the heat spreaders can be removed.

Overall Review: Very high heat spreaders (But they are removeable) It just slides by the CM EVO 212 CPU cooler I have in the case but I definitely won't be able to put sticks in the other pair of slots without removing the heatspreader on the stick for Slot 1. For my build its a non-issue because ASUS recommends installing to the Slot 2 / Slot 4 pair first anyway.