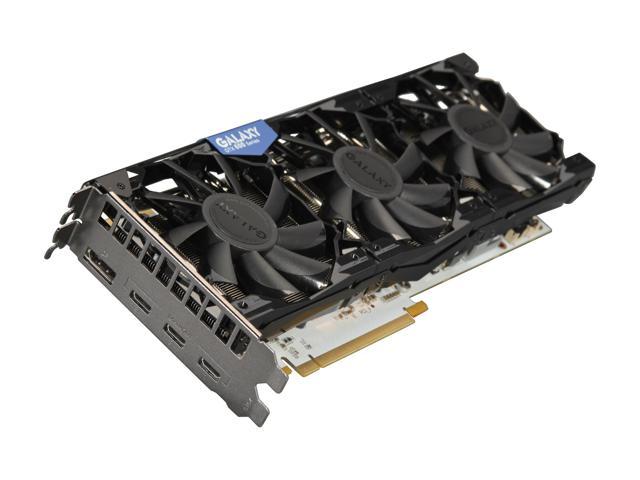 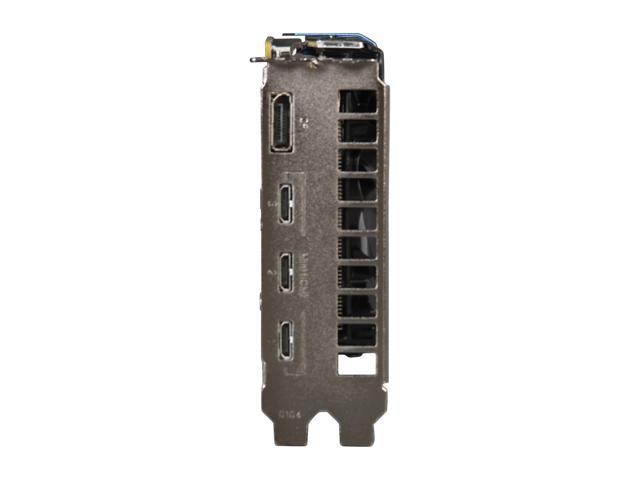 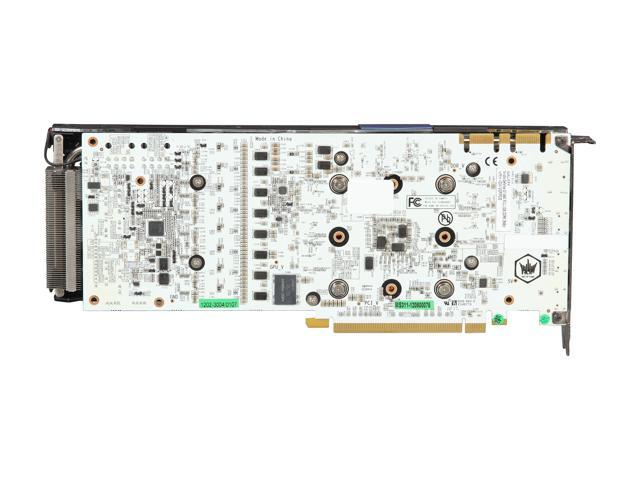 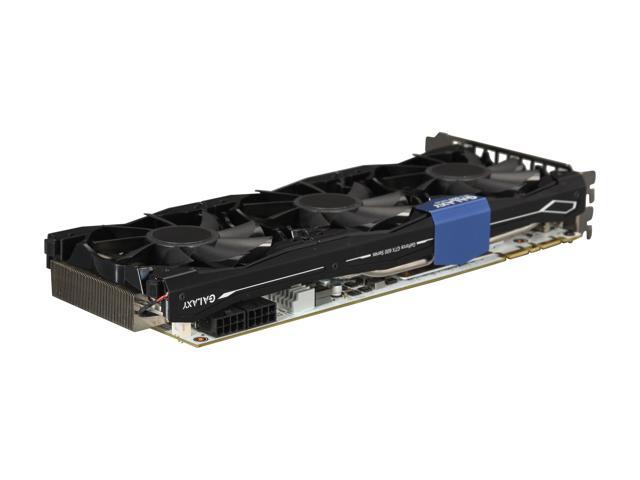 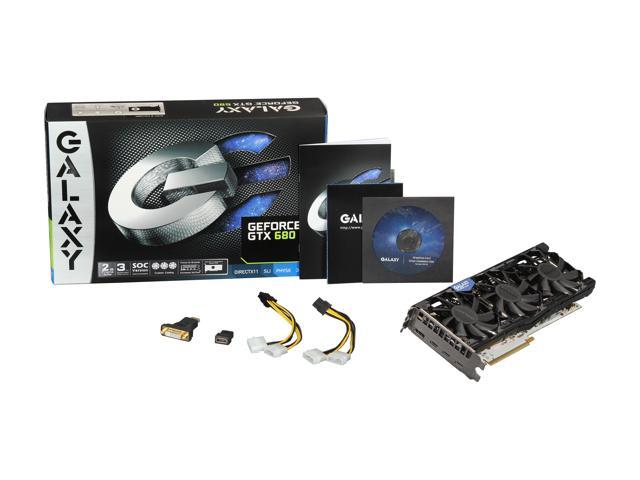 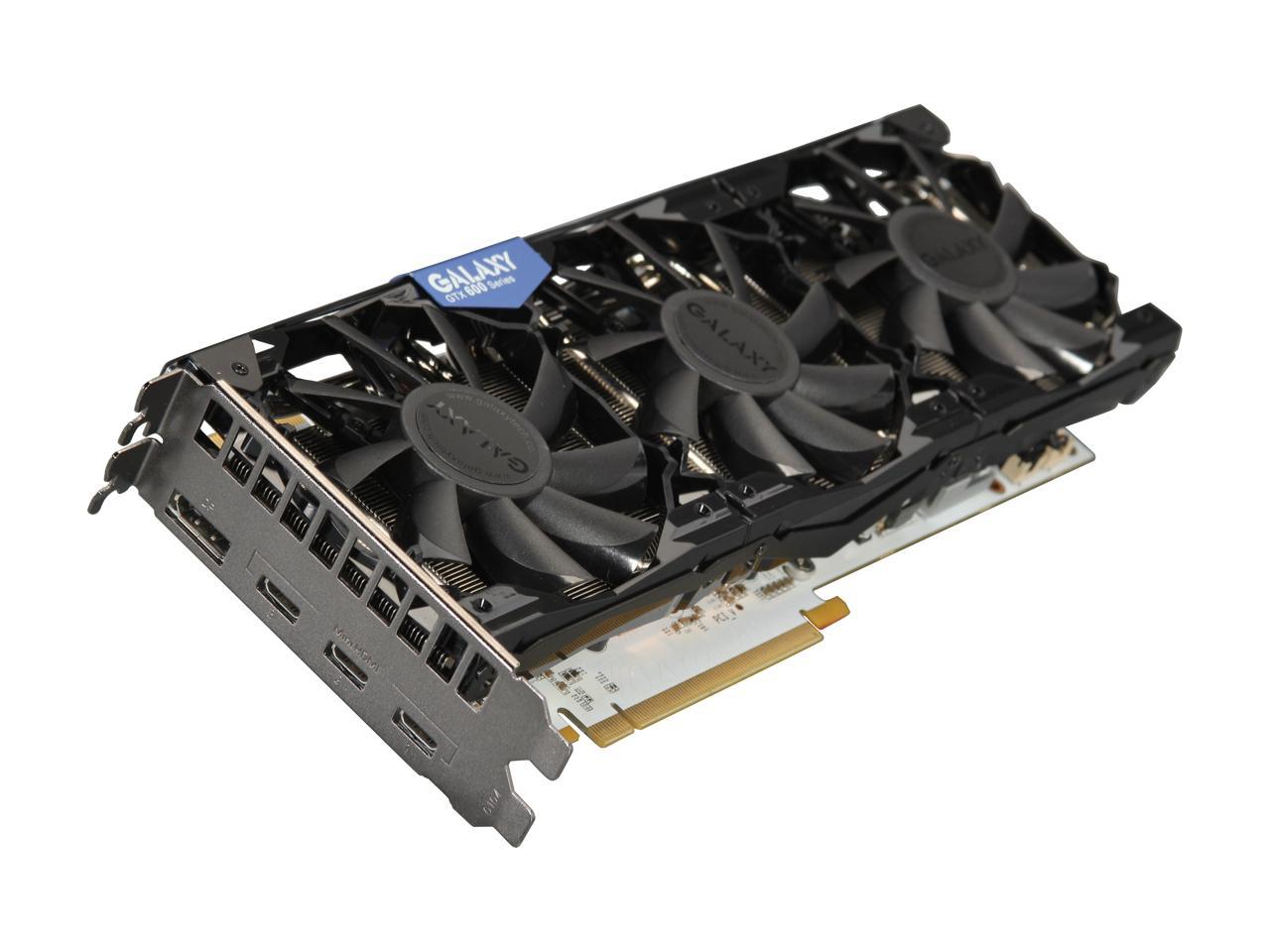 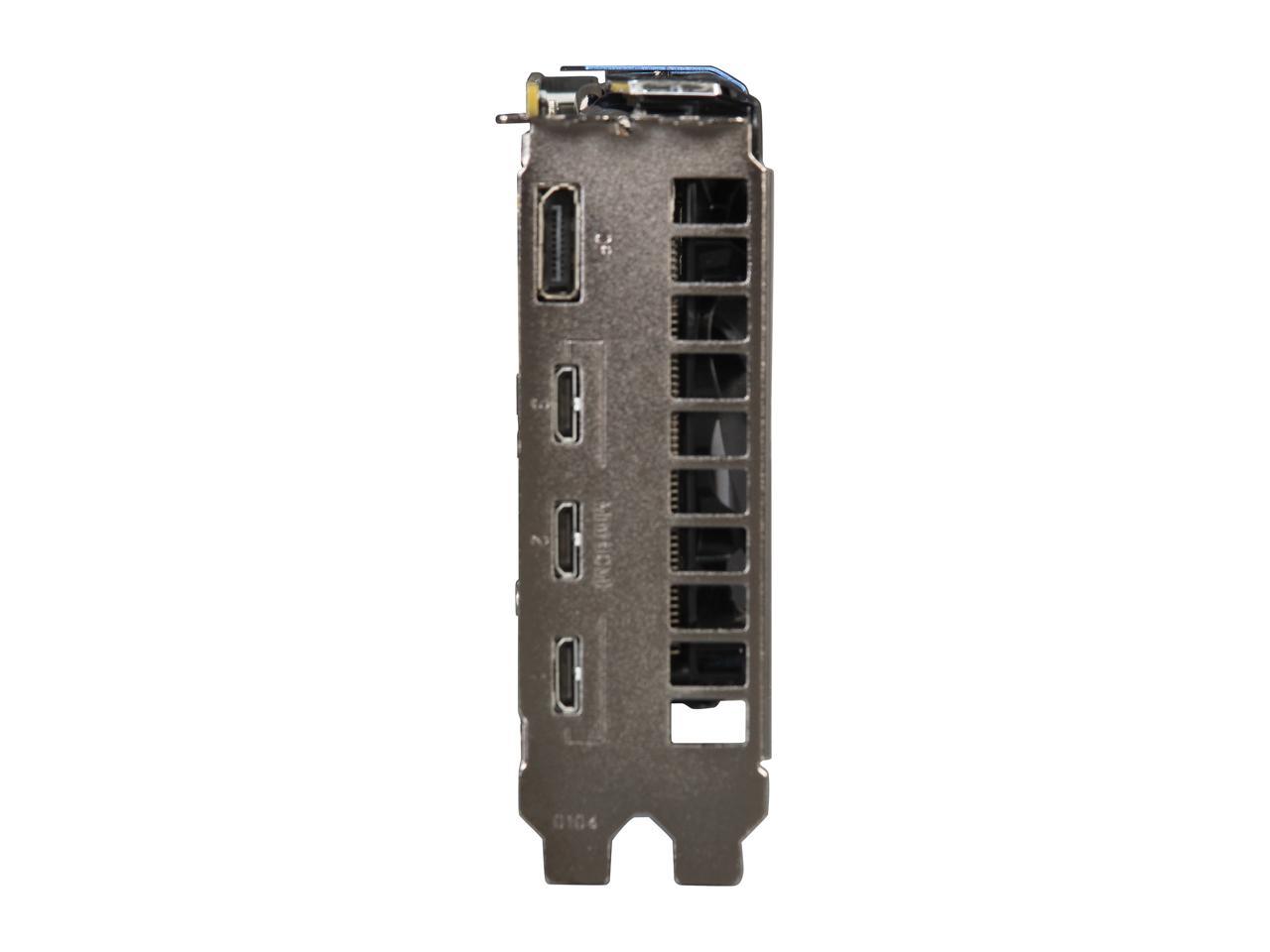 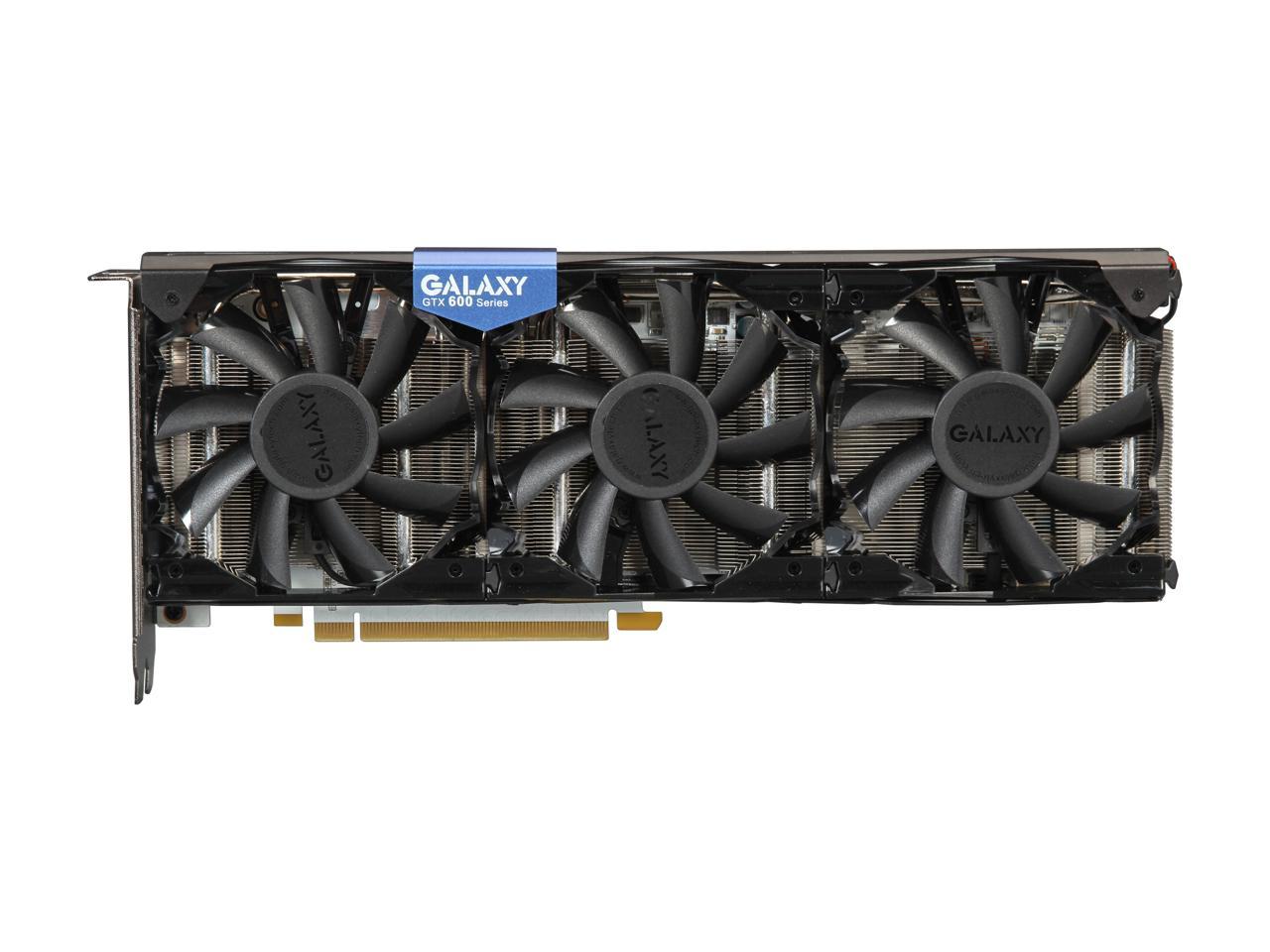 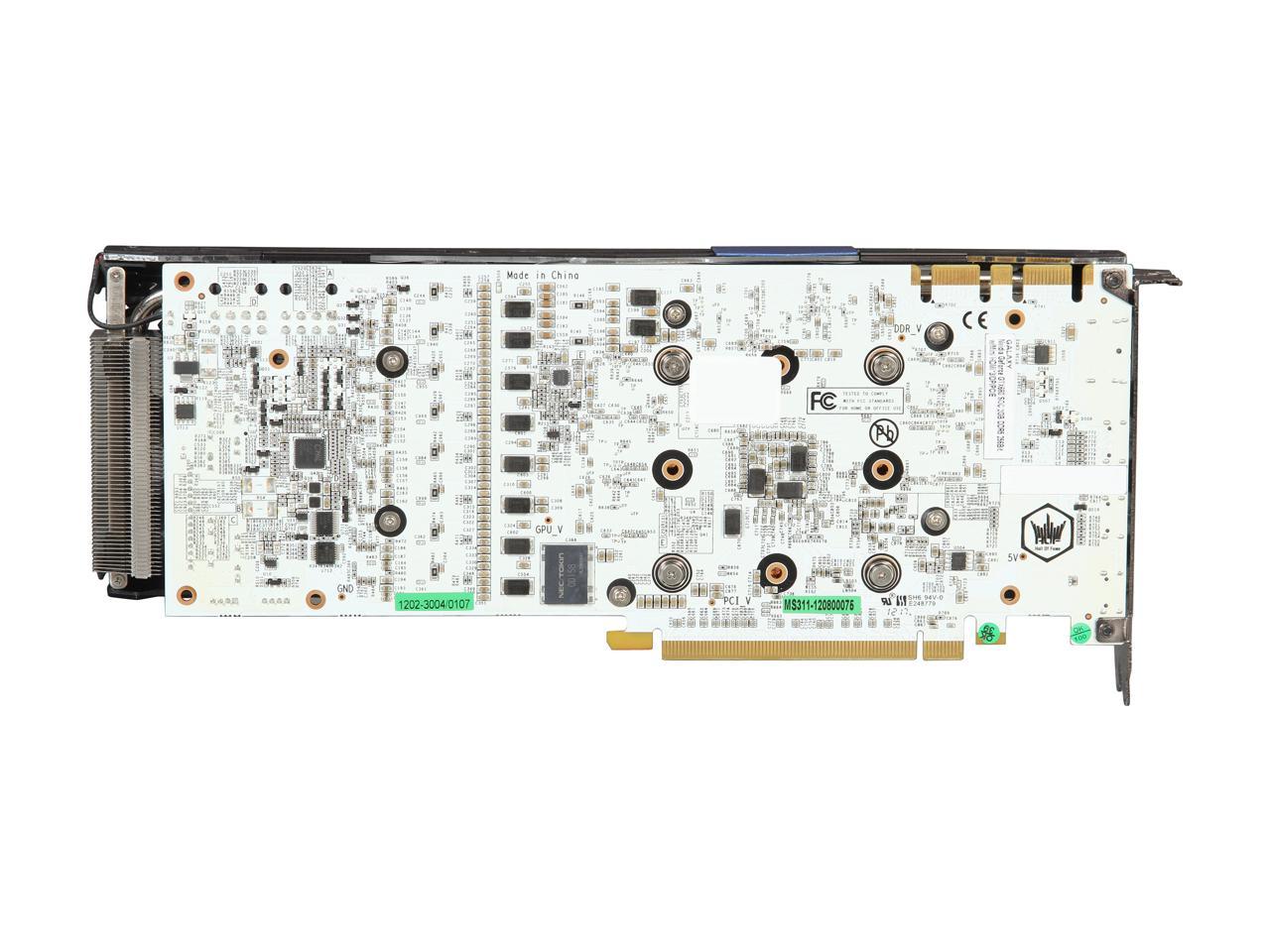 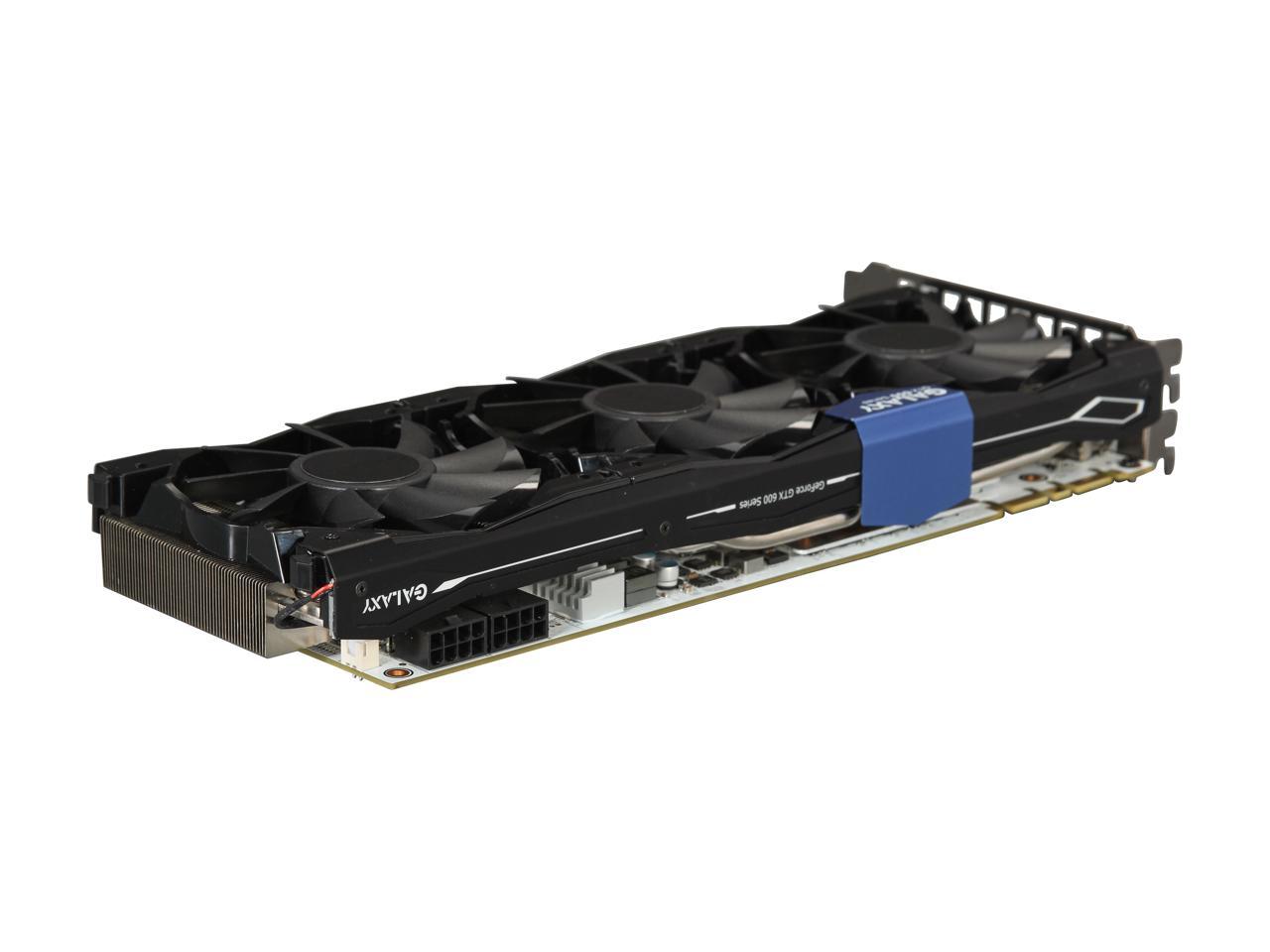 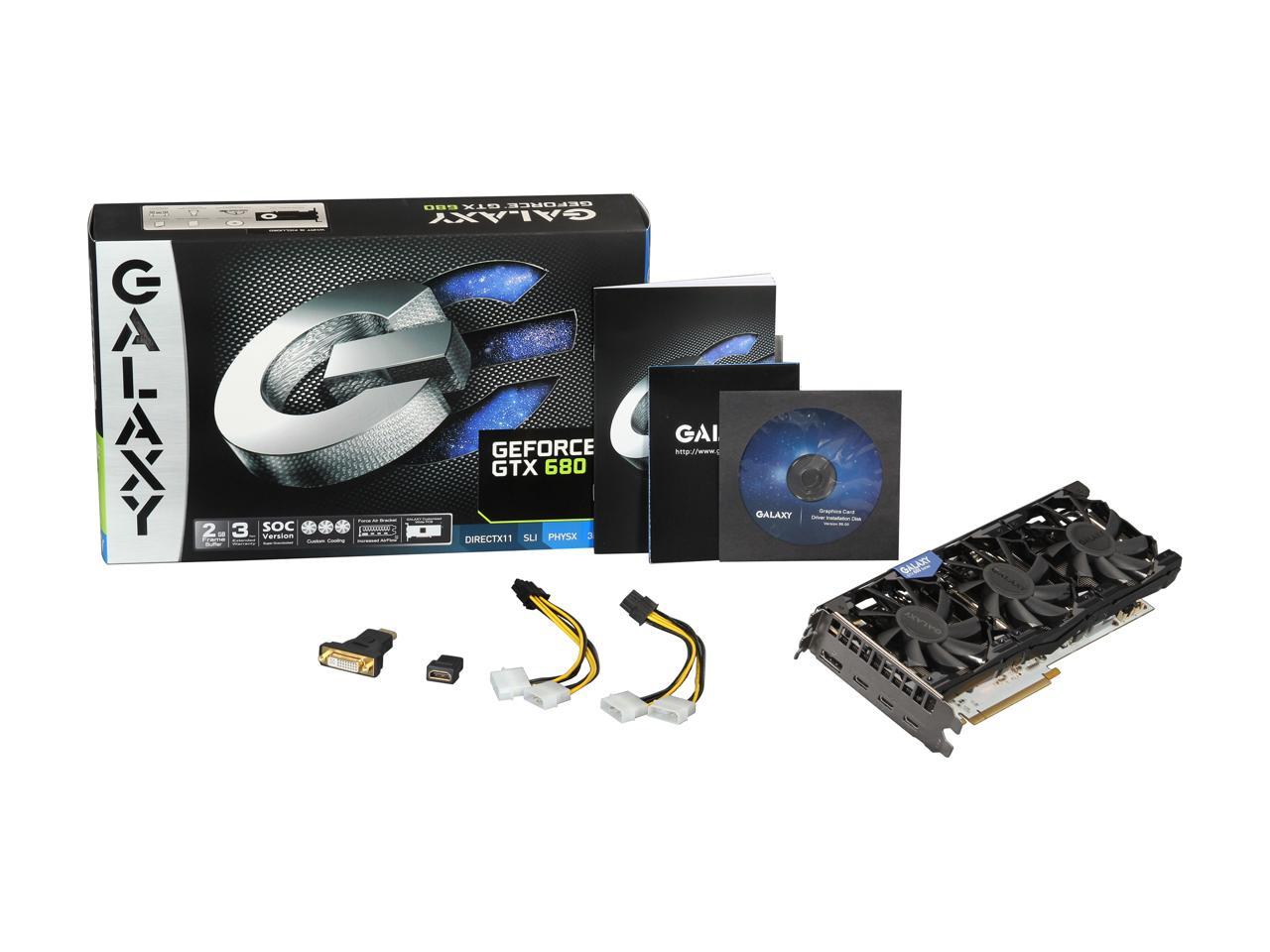 A true heavy weapon for serious gamers, the Galaxy 68NPH6DT6EXZ GeForce GTX 680 SOC White Edition graphics card delivers monstrous game-changing performance to dominate the most intense competition. Based on the fastest and most power efficient GPU ever built by NVIDIA - the 28nm Kepler architecture, this card features 1536 CUDA Cores with 2GB/256-bit GDDR5 memory. This Super Overclocked (SOC) edition is substantially factory overclocked to 1202MHz Base Clock/1267MHz Boost Clock – roughly 20% higher than reference specification, bringing you greatly improved gaming prowess without costing too much. No need to worry about the cooling even under so amazing frequency, quad nickel-plated heatpipes with custom triple-fan ensures efficient, quiet cooling that allows you to game in complete peace of mind. With support for all the premium GTX gaming technologies such as NVIDIA Surround, 3D Vision, PhysX and SLI, the Galaxy GeForce GTX 680 GC 4GB gives you more than one way to elevate your experience.

Learn more about the Galaxy 68NPH6DT6EXZ

Pros: Per description should be 1267 Mhz on boost. I'm hitting 1320 Mhz out of box without any additional OC'ing. I can only imagine how much higher i can push it. No other card out there is able to even touch that on manufacturers OC. White sets it apart.

Overall Review: Having played around with this card for only couple days i'm blown away be the level of OC and the speeds that this card can reach. It's definitively a cherry picked gpu. Visually not much to look at, a white board and 3 huge fans. Can be a bit loud. 3 Mini-HDMI connectors on the back but no normal HDMI one, comes with a connector thought

Overall Review: These cards are fast out of the box. If you don't want to risk and get a low OC card, this will run at a minimum of 1267+, but most are hitting 1300MHz or more. Dual Bios safe mechanism. If one BIOS fails because of reflash or other reason, it will revert to secondary. L2N overclockers were able to push this card over 1600MHz using the "OC panel and higher voltage, which is not available for sale. It also has a pulsating LED engraving on side. Uses two 8 pin connectors for power. White PCB. Very long card. Fans quiet while idling. Ran some benchmarks: 3DMark11: Basic P setting graphics score of 11899 Heaven on everything MAX@1080p: Score 1385, 55.4 fp/s This is a very fast card, and while it may not have voltage control, such as Lightning, it is cheaper, and performs extremely well. I would love to see a custom BIOS, and see what this card can do. I hope this was somewhat helpful.

Pros: This thing is Silent as the grave. It stays really cold around 56 Max on stock and idles at 32c. Ati tool gets 4700 fps max on stock so its about 38% faster then my old Gtx 480 on 825Mhz. Whats even better is it uses wayyyyy less power and is a lot cooler. Plays battlefield 3 on ultra no less then 60 Fps, I don't play above 60fps so i don't know how much higher it'll go. No need to overclock it at all yet. also goes good on z77 boards with Ivy bridge CPU.

Overall Review: I love it it beats the heck outta my 480 , I mean my Furnace

Pros: I use this card to work, as a designer I was looking for a good card with nice OC and good heat dissipation, it's a thin card so that save me a slot. Knock on wood!! No crash with any games even in 1320 MHz, at full capacity can hit 69 - 71 C. I'm going to render a big project soon in After Effect and I will post if the card melted lol.

Cons: The mini HDMI connectors was a nice decision to make the card thin, but if you have 3 monitors like me, get some extra connectors because this card bring just 1.

Pros: Great card high quality materials white looks really good. achieved a graphics score in 3Dmark11 P10984 with 1 card! second one is on order. will post back with SLI results. I like that its thinner than other cards so 2 will fit in my tight case. LED lighting on the side of the card was a surprise but deff looks cool and a bonus. card runs very cool.

Overall Review: Great card highest clock out of the box.

Pros: + Relatively powerful for it's time

Cons: - Very unstable. Most games crashed. All crashes stopped when I switched to a different card - Drivers crashed occasionally just by being on the desktop - Something is wrong with it, probably why it has been discontinued

Cons: It came with a bad coil whine. I figure you spend $569 on a graphics card. The quality control should be better. Too bad looks aren't everything.

Overall Review: Had to rma. I'm pretty disappointed. Seems if i stray from Asus , Gigabyte or Sapphire I get an rma.

Cons: The outputs are 3 mini hdmis and that's just stupid. It comes with an adapter that makes the cord sag on the outlet of the card.

Overall Review: I've got the NZXT Phantom with an i7 and my system runs at around 31*C and 62*C under heavy load. Everything about this performs amazingly. The outputs are the only thing wrong with this are the outputs.