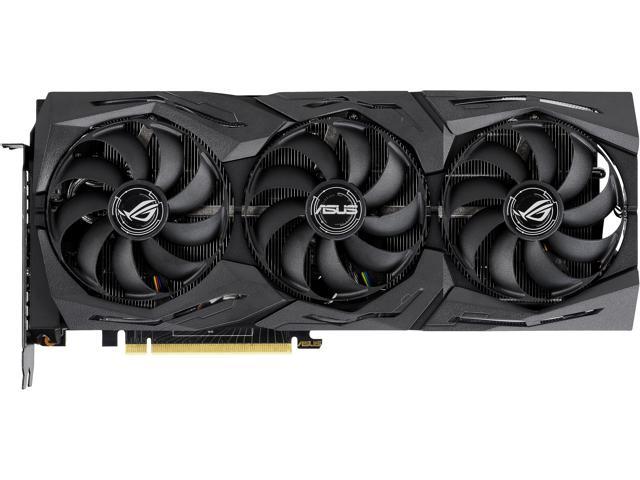 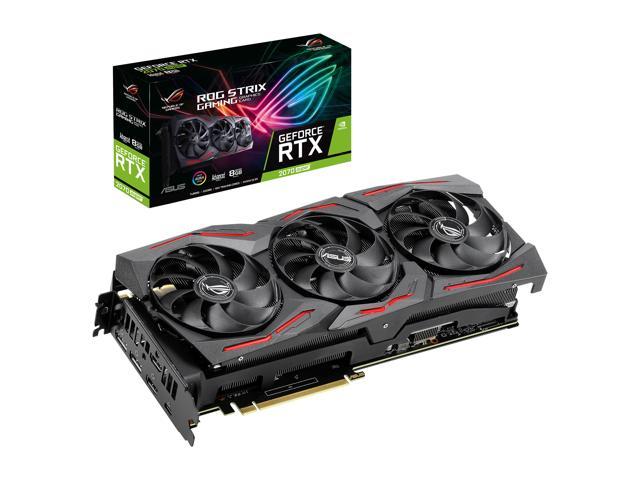 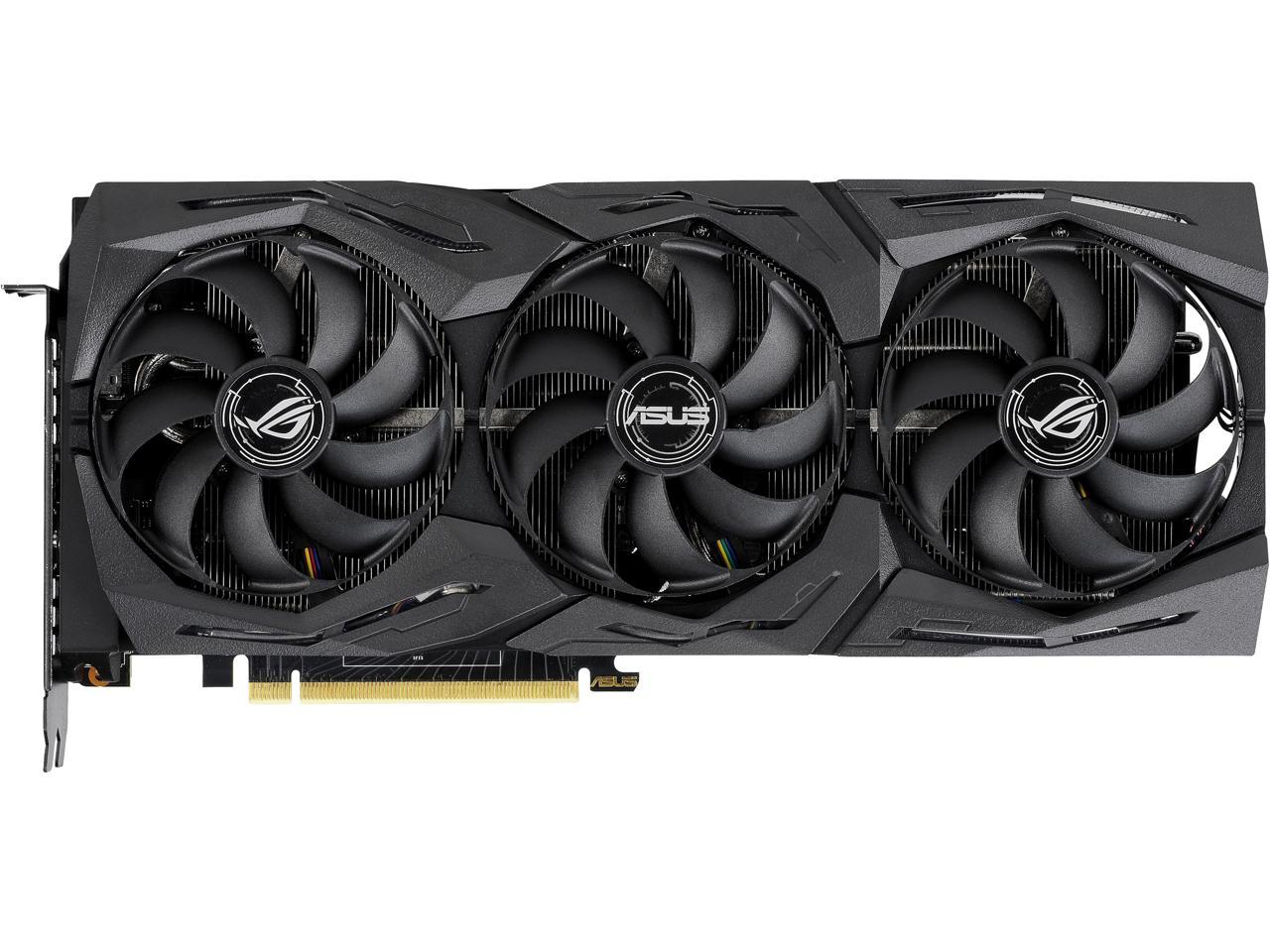 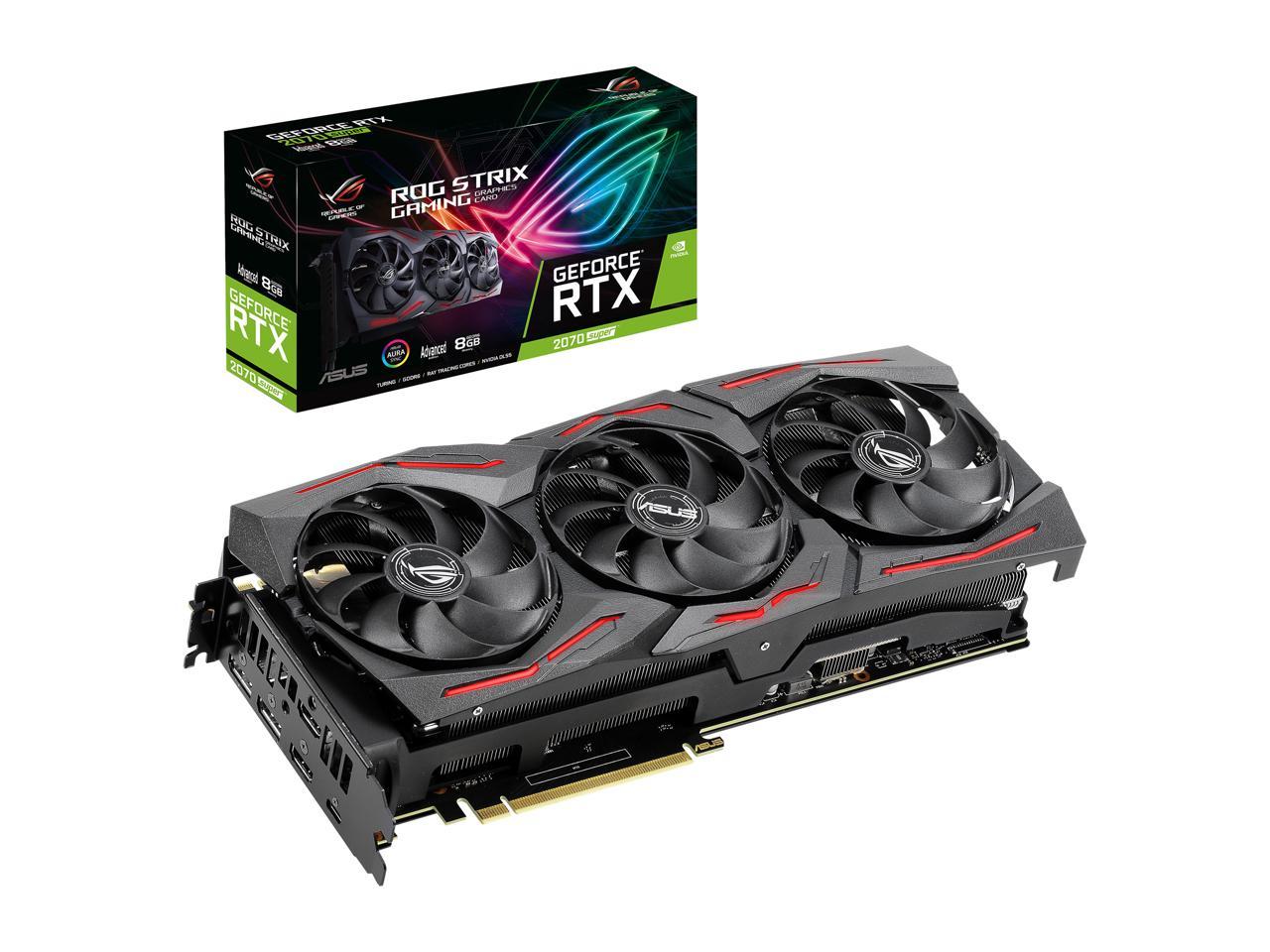 (102) Write a Review
See more "2070 super"
OUT OF STOCK.
Please note that this product is non-returnable and non-refundable.
LOADING...
Overview
Specs
Reviews

Learn more about the ASUS ROG-STRIX-RTX2070S-A8G-GAMING

Pros: - Boosts up to 2040 Mhz on OC mode - Churns frames like nothing else - RGB is always nice - Stays cool under pressure, never been beyond 75c

Overall Review: If you come from a GTX 900 Series or below, this is a sweet upgrade. RTX is a nice feature that I look forward to see more of, but don't expect to put that feature to Ultra if you like smooth gaming, anyway in Quake RTX I barely saw a difference between the two top quality settings, except for the much better frame rate.

Cons: I have this graphics card for few months and month ago a big issue faces me when I play almost any game so few minutes after launching the game the screen goes to no signal and some time I can hear the game sound but the screen remain like this until I restart the pc its too disappointing to face an issue like this when buying an expensive card like this.

7 out of 7 people found this review helpful. Did you?
Manufacturer Response:
Dear Valued Customer, It is unfortunate to hear that your video card is having performance issues like crashing. Are your drivers up to date and are you overclocking? Please do a clean reinstall of your video drivers to see if it fixes your issue. Let me know if this helps. I would love to help you troubleshoot more on your issue, if you are interested. Feel free to contact me at cl-justin@asus.com. I'm here to assist our customers with our products and dedicated in bringing a resolution to all issues that they may come across. Your case for reference is N200548445 Thanks for choosing ASUS Regards, Justin ASUS Customer Loyalty - US Support
John D.
Ownership: 1 week to 1 month
Verified Owner
Impressive performance and quality12/5/2019 11:44:06 AM

Cons: Not so much a "con" as a warning: This does card not have a DVI port.

Overall Review: Was able to overclock it another 9% more and the temperature remains cool (64-69 under full load) and quiet. This is a big card. You need at least 50 milimeters from the center of the PCI slot downward (not accounting for airflow the fans require!) Wanted to upgrade from two SLI'd ASUS Strix 960s and I am glad I did. I would highly recommend this card to others. It's stable, cool, fast , and so far reliable.

Pros: - It's a very powerful, fast GPU. Games seem to run great with it (so far). It's also very fast for general computing: I sometimes run some distributed computing projects with BOINC, such as SETI@Home - SETI@Home tasks for Nvidia take about 4-5 minutes to finish with this card (compared to about 10-11 minutes on the 1070 I was using). - It has 3 fans to help keep it cool (I've seen a temperature of about 44C under load, but I'm sure that can fluctuate) - It has a USB type-C port. Some monitors have USB ports supporting USB-C, and I've heard USB-C can be used for graphics, so it's handy to have a USB-C port built into the graphics card in case your motherboard doesn't have one.

Cons: - It's more expensive than some other graphics cards on the market - It's big, so it requires a fairly big PC case - It feels a bit heavy. I bought a support bracket for it to help prevent it from sagging & warping the motherboard/slot over time.

Overall Review: Recently I built a new PC and originally bought a Nvidia GeForce 1070 and decided to upgrade to this GeForce RTX 2070 Super instead. Overall it's a beast of a card, and the images it produces look great. It does high-resolution gaming well, though some games seem like they might stress it at 4K. 1440 or 1080 or elsewhere in between run well on this card though. I haven't downloaded the Wolfenstein Youngblood/Control bundle, but I've tried the Quake II RTX demo, Assetto Corsa Competizione, and Galactic Civilizations III. With this card, those games perform very well at 4K except for Quake II RTX. Quake II RTX seems a little slow at 4K, but ran much faster when the resolution was turned down (1440 and 1080 ran well). Also I didn't see a whole lot of difference when RTX was turned on in Quake II vs. off, but it did look very good.

Cons: No problems so far (2 weeks of operation)

Overall Review: I would recommend this card to anyone, I upgraded from an EVGA GTX 970. This card far exceeds any expectations!

Pros: So first right off the rip ensure you have enough room within your case, as well as spaces on your motherboard for this card! the card is huge!, but it looks sleek, very quiet and gets nothing but 100-189 fps depending on game and settings, that's just the highest I've personally seen. Its a bad mother efffffer

Cons: its soo big! this isnt a con for me since i have plenty of room but i had no idea how huge this was.

Overall Review: buy this card totally worth the price! if you got a little extra cash sure get the 2080 or the ti but for the price and the benchmarks this will push, its an amazing deal.

Pros: -Nice Design -Low Noise -Run Everything you need in 2019 at max setting

Overall Review: I would recommand this product, Asus is a trusted brand.

Cons: The promo code to redeem the free games worked but said the offer was only valid "while supplies last" and would not allow me to continue. I tried again a few days later and it worked. If at first you don't succeed, dust your self off and try again.

Overall Review: I would look into getting pci-e extension cables.