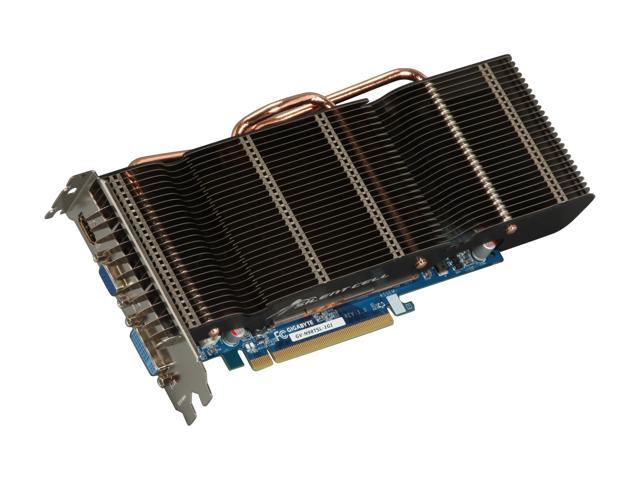 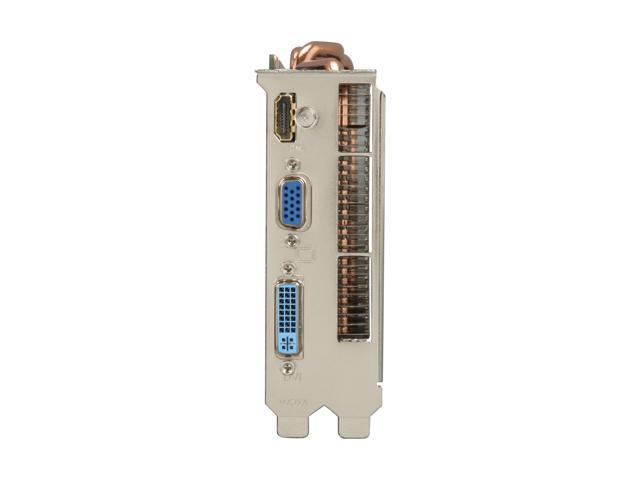 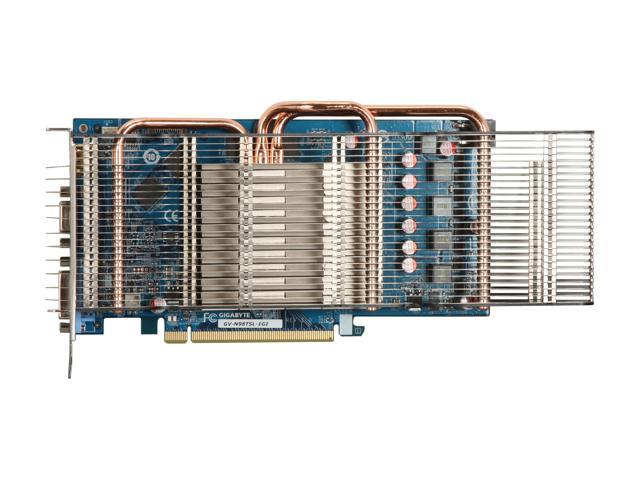 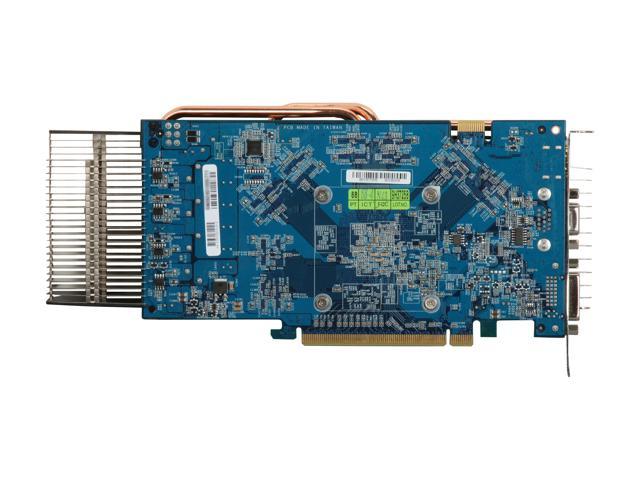 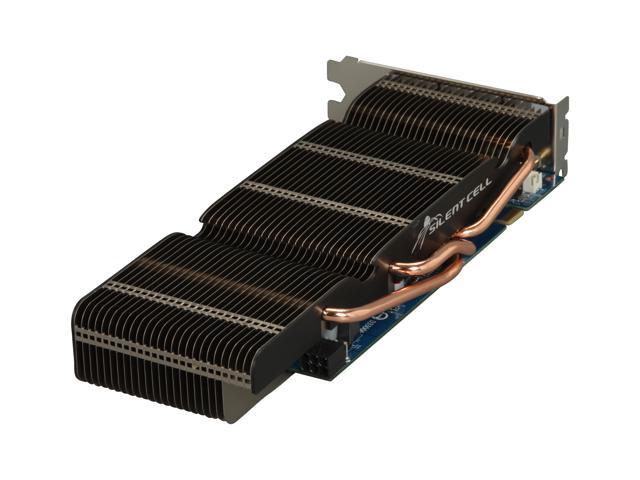 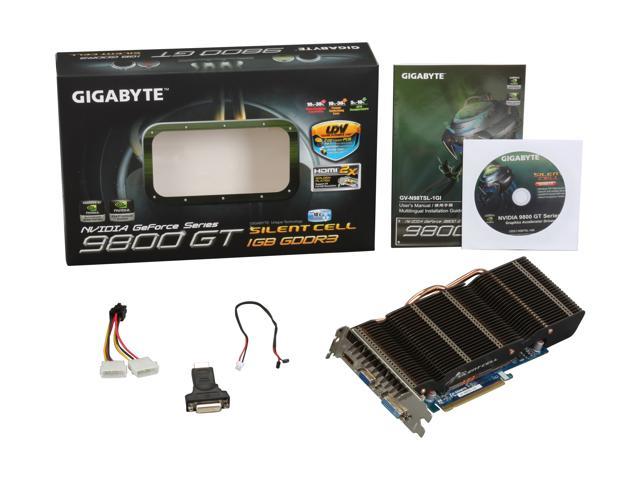 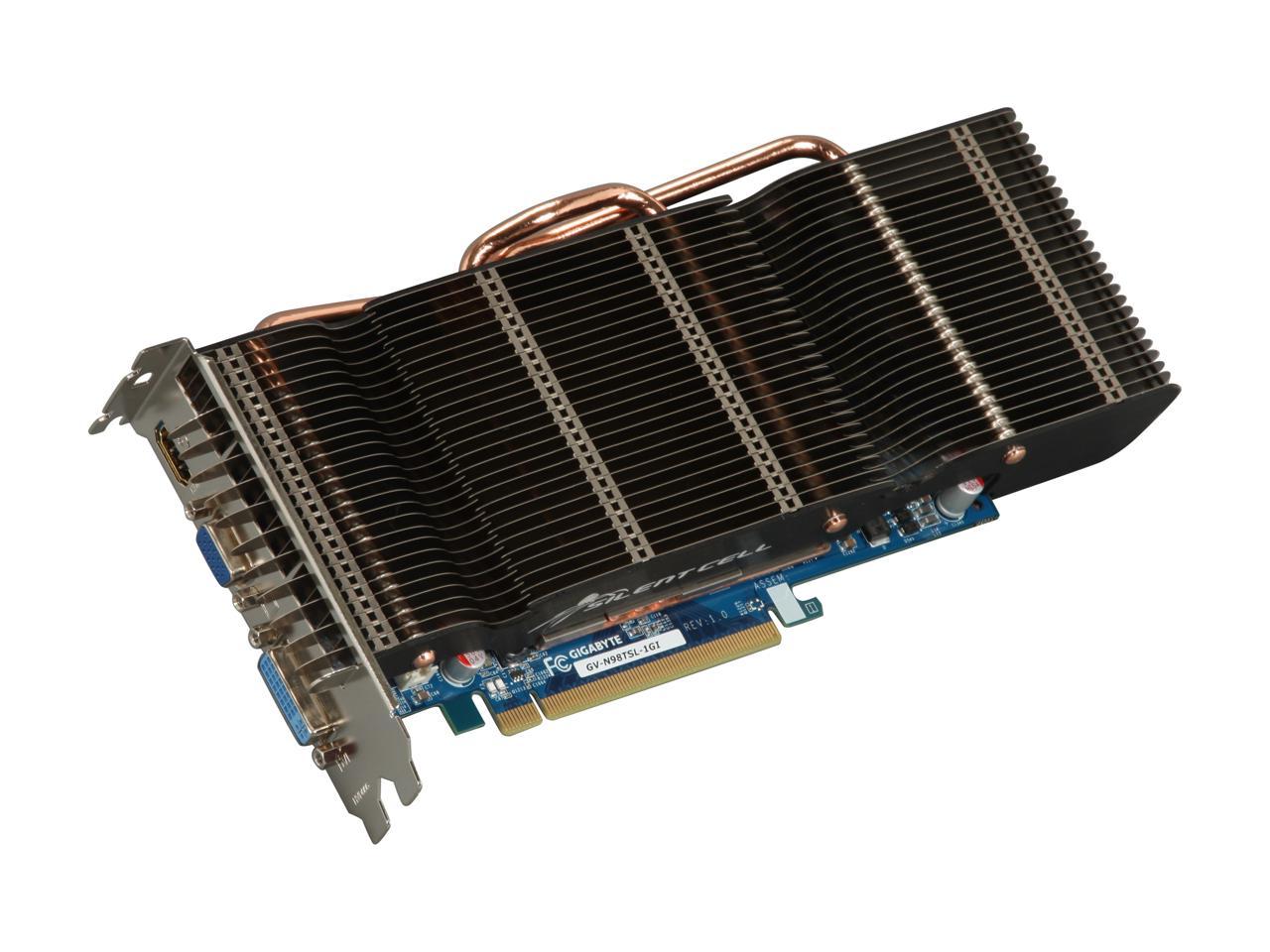 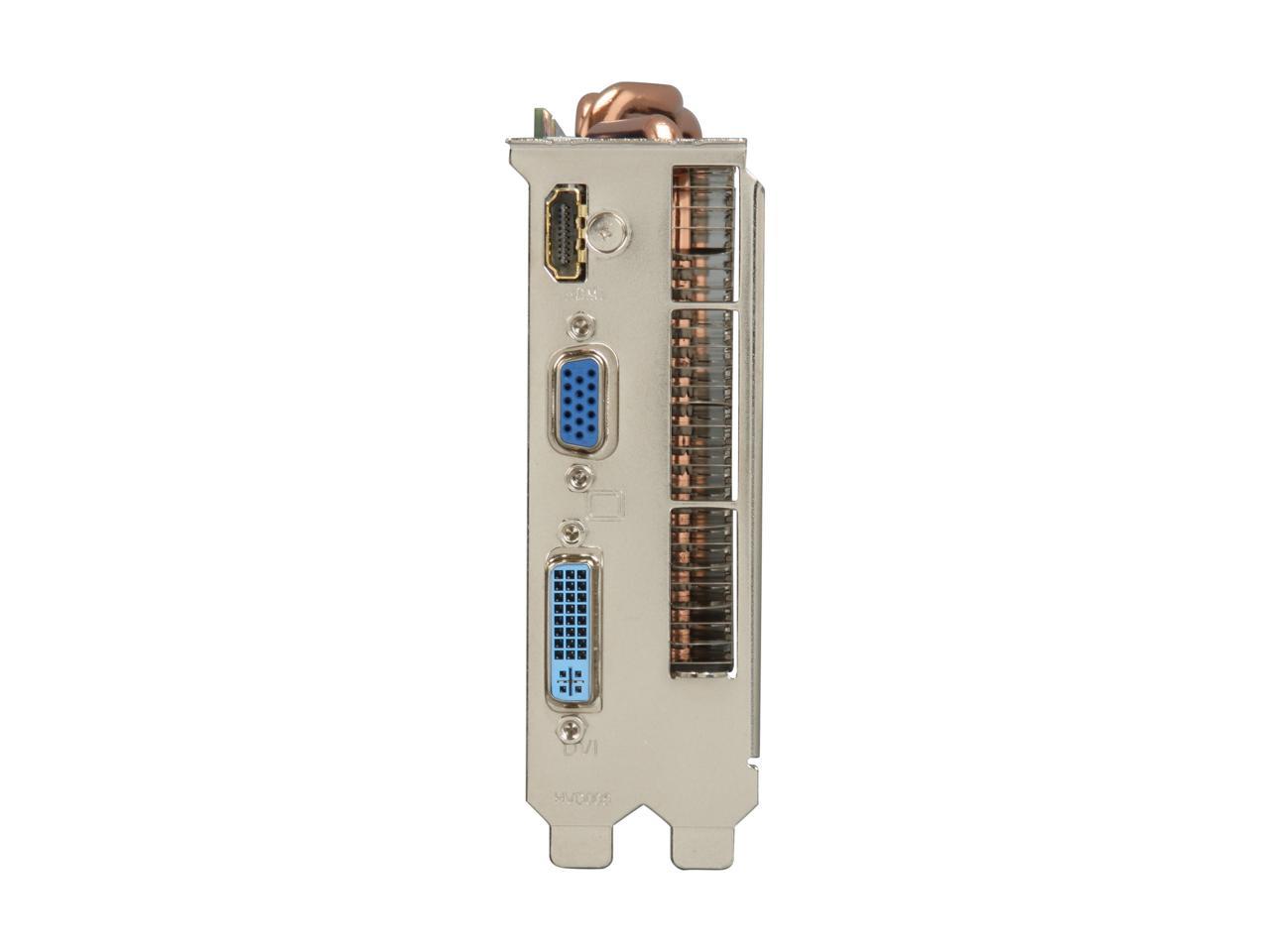 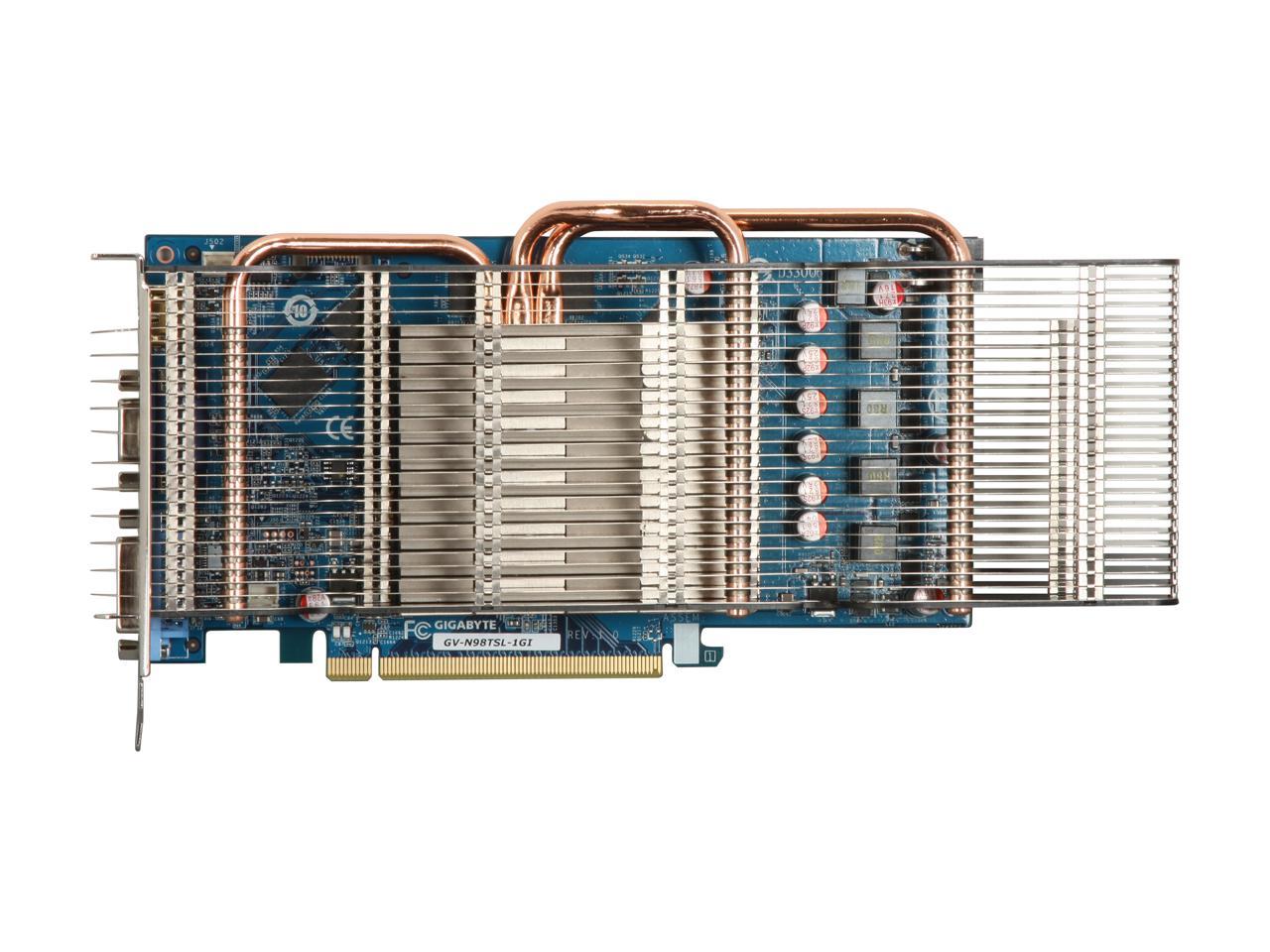 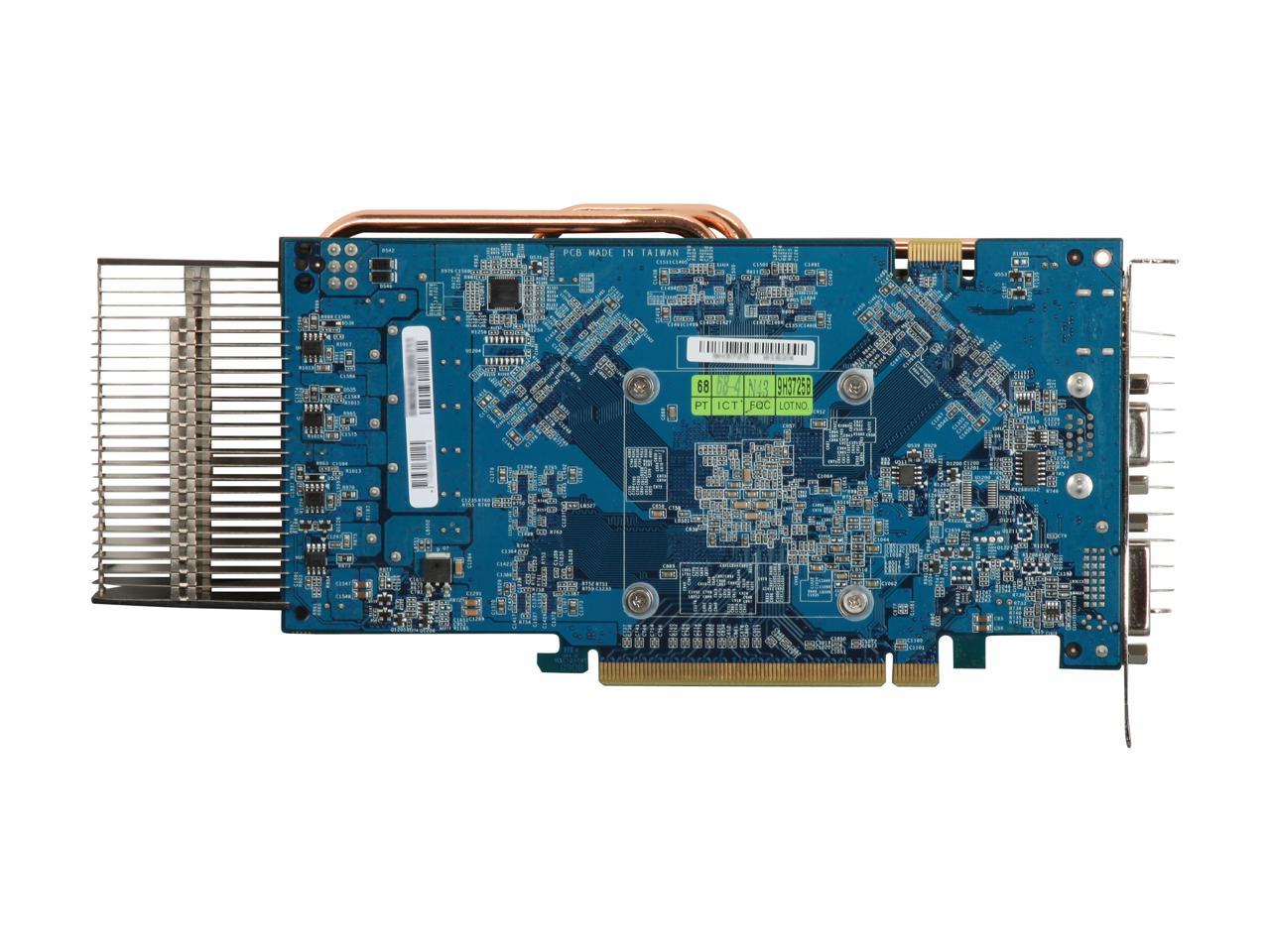 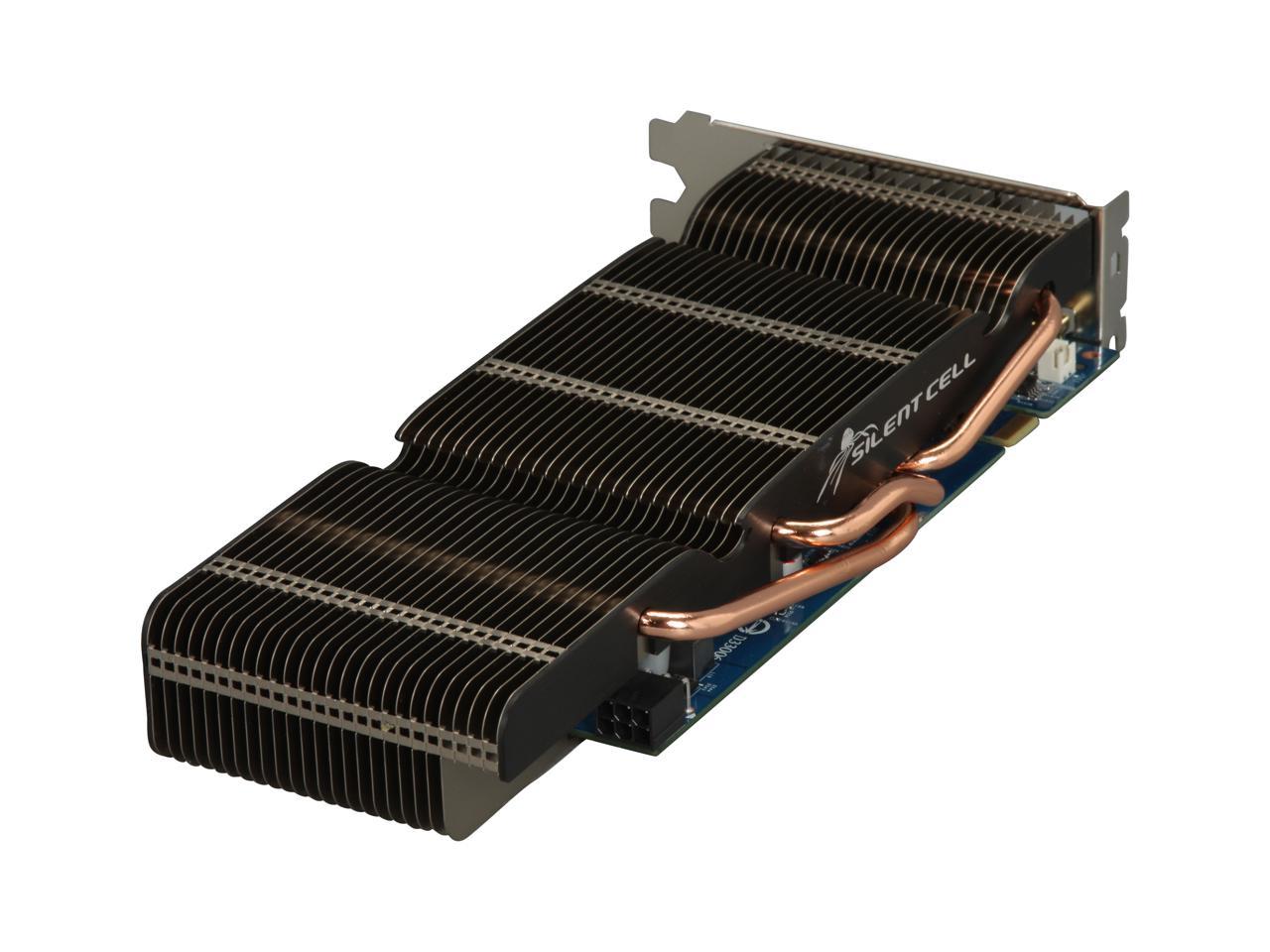 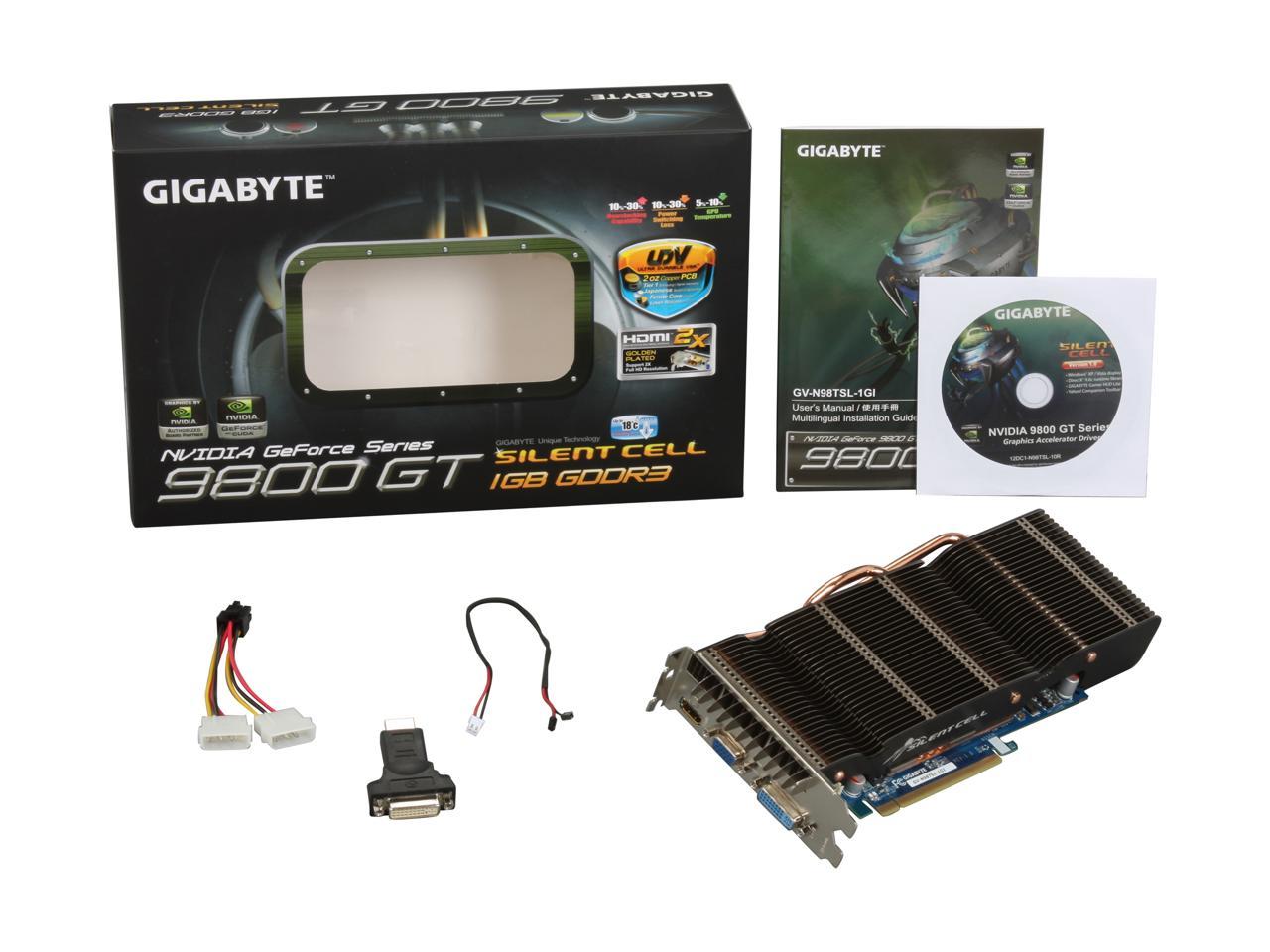 (36) Write a Review
OUT OF STOCK.
Overview
Specs
Reviews
The SLI-Ready NVIDIA GeForce 9800 GT supercharges your graphics horsepower at the perfect price and performance combination. Enjoy industry-leading features such as NVIDIA PhysX technology that brings your games to life and HybridPower for optimal power management. And with GeForce 9 Series goodness, 112 processor cores and a 256-bit frame buffer, this GPU’s got the stuff hardcore gamers have been waiting for. Additionally, this card incorporates Gigabyte Ultra Durable VGA and Silent Cell technologies to run cooler, quieter and more stable under intensive 3D gaming load.

Learn more about the GIGABYTE GV-N98TSL-1GI

Pros: Without a fan, it's absolutely silent--of course. I wanted a computer that can do pretty much anything I need it to do and be as quiet as possible. I don't use it for high end gaming, but some basic games it seems to work with very well. I can't speak to high ends games since I haven't used it with any. No lag times with anything or watching DVD's. Did I mention, it's totally quiet!

Cons: Extremely large card to accomodate the heatsink. Takes up two slots. You need to keep this in mind when deciding to use it or not as the slot beneath it will be for all intensive purposes; GONE. If your motherboard has 7 slots, with this card it now has 6.

Overall Review: If your main concern is SILENCE, this is the card to go with. I don't know why manufacturers can't seem to get the point of making a fanned card that doesn't sound like a jet or has a high pitched scream that is as annoying as he** This card eliminates any and all of those concerns but still has the muscle of those fanned (noisy) cards. Costs more, but the silence is more than worth the extra cost.

Pros: Absolutely silent. The Nvidia drivers for linux work like a charm, been using this card for Ubuntu and KDE Mint 9.04.

Cons: A tad bit expensive and heatsink is rather large, around 275mm. It barely fits in my case and I'm using a small case (Antec SLK1650). Before I purchase this card, I bought a GTS 250 which was way too loud. I should have bought the Silent Cell 9800GT in the first place.

Overall Review: Let me set the scene... My computer is in my bedroom. I use it a lot to watch TV/Movies, listen to music and a whole lot of other non-gaming things. Oh and I do it using Linux in near silence. My PC also has to satisfy my MMORPG itch (Guild Wars, AION). I then reboot to XP, switch on my home-made fan that I have place about 2 inches below my Silent Cell 9800GT card, there is fan noise but I'm playing a game so I don't really notice or care. Max GPU Temps: 57 C (Non-gaming but sweet, sweet silence) 54 C (Gaming w/home built fan, noisy but max 3d settings) I never did test my Silent Cell without fan during gaming. My emphasis was on having control of the noise factor. I could have used a software program to control GPU fan noise but there are none that works with both XP and Linux, thus I opted for a hardware (home built fan) solution.

Pros: Runs cool. With minimum airflow, it idles at about 50C. The max I've seen it in games is 59C. Plays all games at max settings. Anything more is overkill. No noise. Great for my gaming HTPC!

Cons: This is not meant to be used in a totally passive system...at least not if you plan to play games. I tested this with no fans and it reached 90C before I turned the fan back on.

Overall Review: The length from end to end is 10.75 inches long, just in case you are on the fence. I only have one 900RPM 120mm fan in my HTPC system and exhaust vents on top. This is sufficient for cooling this card.

Pros: Card performs well (on par with any 9800 GT), and runs quite cool with the large heatsink/heatpipe assembly. Idles at 40C, and doesn't seem to go above 50C when gaming. Case is an Antec Sonata with the stock 120mm fan, and an Antec Earthwatts 500 power supply with an 80mm fan.

Cons: This card is quite large. It clears the hard drive cage in my case by only about a half inch. Be sure you have sufficient clearance.

Overall Review: It seems to be the most powerful fanless card available at this time.

Pros: Great performance, took my Win7 experience score from a 4.3 to 5.8. WoW on ultra graphics at 1920x1080 with 4xAA runs 60fps all. the. time. and looks a treat on the 52" plasma. Left 4 Dead same thing. Silent under normal HTPC running conditions, playing games makes the CPU and system fans crank up because of the increase in heat from the card, but still nothing remotely close to my Xbox 360 under load.

Cons: The size of those fins is ridiculous, I measured my case and it looked like it would fit. It did... but only after I took a Dremel to some of my case interior. I also had to cut a hole in the top of my HTPC case because the height of the copper heat pipes is higher than a standard card. The HMDI out also requires an SPDIF pass-through (this might be standard, no idea), and the SPDIF plugs on the motherboard were, yep, you guessed it, right under the 2nd slot taken up by the heat pipes.

Overall Review: Don't just measure to see if it will fit like I did, plan how you are going to get it in the case. The second card slot it takes up also has fins that point OUT of the back, making it impossible to just push it in like a normal card, you have to angle the fins in through the back of the case, then push it down.

Pros: Silent. Excellent performance, especially in SLI! Can still run the Folding@home GPU client, even without its own fan.

Cons: You'll have to intelligently choose your case and case fans, if you really want silence.

Overall Review: This is simply a fantastic GPU, keeping in mind that it's for people who prioritize silence, and are either willing to game at lower settings than today's expensive GPUs, or are willing to buy two for SLI. For me, the most important thing is that I can put 3 of these in my systems, designed to maximize my Folding@home work, while still remaining SILENT so as not to disturb anyone. Obviously, with that kind of heat stress in the system, you have to select a good airflow case, and invest in some upper-tier case fans, to ensure adequate airflow while still being quiet. For me, the Antec P190 works well here. I can have all three GPUs running Folding@home, and yet the case's side fan (Antec's "Big Boy") cools them just fine at its lowest setting (only audible if the case is on the desk next to me and I don't have any other sound in the room). Gaming is great in SLI, even on a 30" monitor w/the options turned to high...just so long as we're not taking Crysis or Cryostasis!

Pros: Exactly what i needed for my HTPC. Was looking for the quietest 9800 gt i could find. Love that it fit in my micro atx case without any modding whatsoever! (LIAN LI PC-V351B) Turned my htpc into a tiny beast. Haven't played anything but blur which i found out is more cpu based than gpu. With this being said my gpu doesnt go above 58 c playing this game. I know im comparing apples and oranges but just thought id throw that out there. This card idles at around 43 - 48 c depending on room temp. Youll notice in that case there are two front fans. One of those fans blows cool air directly on the fins of this vid card.

Cons: Evg4 precis1on would not show frame rates in the on screen display. It would show everything else except for frame rates. I solved this problem by downloading fr4ps.

Cons: It is long...but I was able to fit it in an Apevia X-QPack2 after chopping off a little aluminum from the top to let the pipes slide in without difficulty. The card connection is also somewhat hidden for this case so, unless you are good a plugging things on cramped spaces is better to have some sort of extension