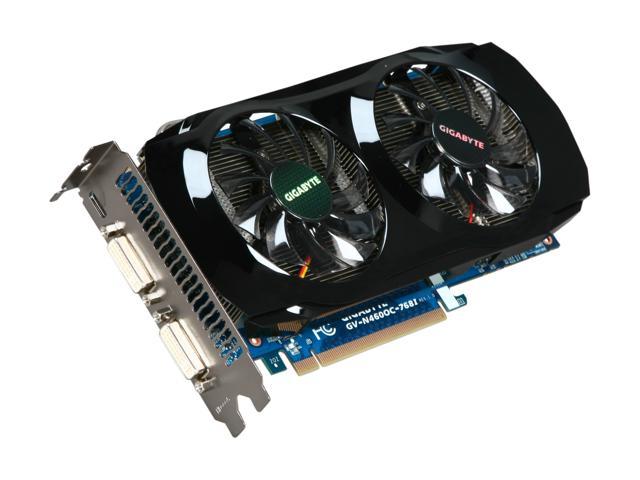 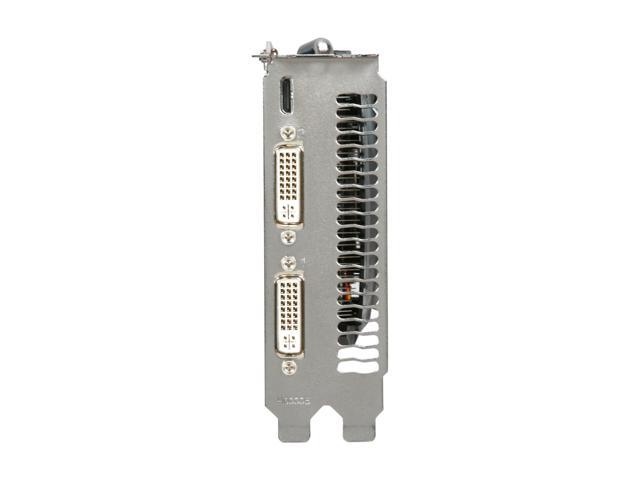 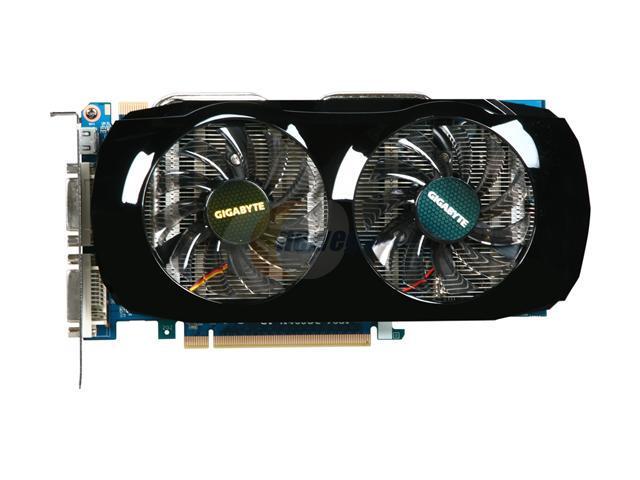 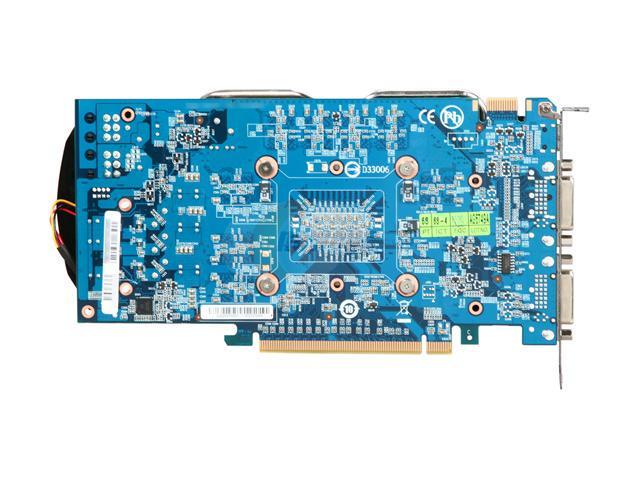 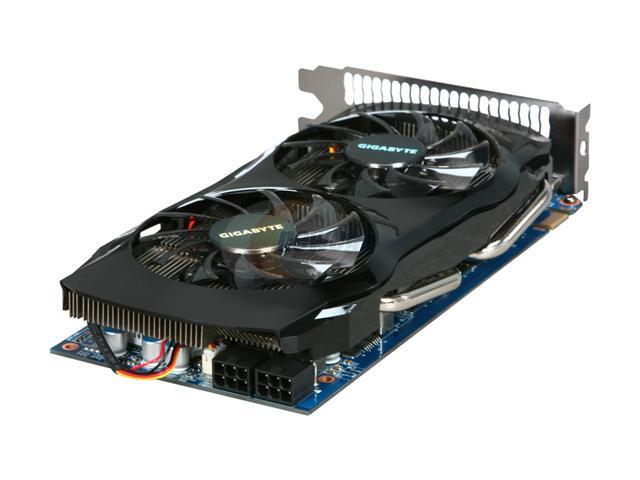 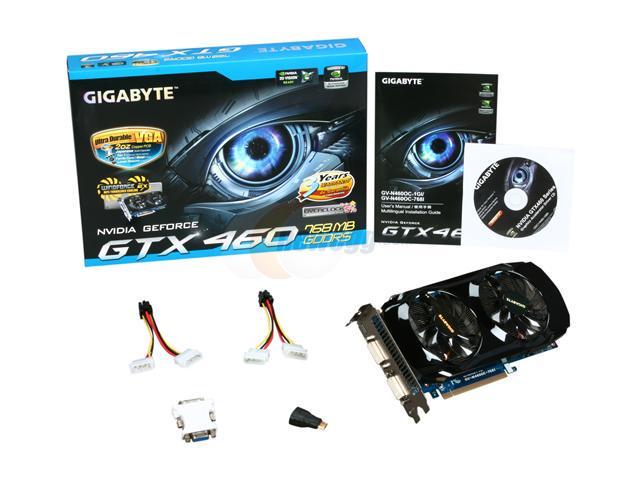 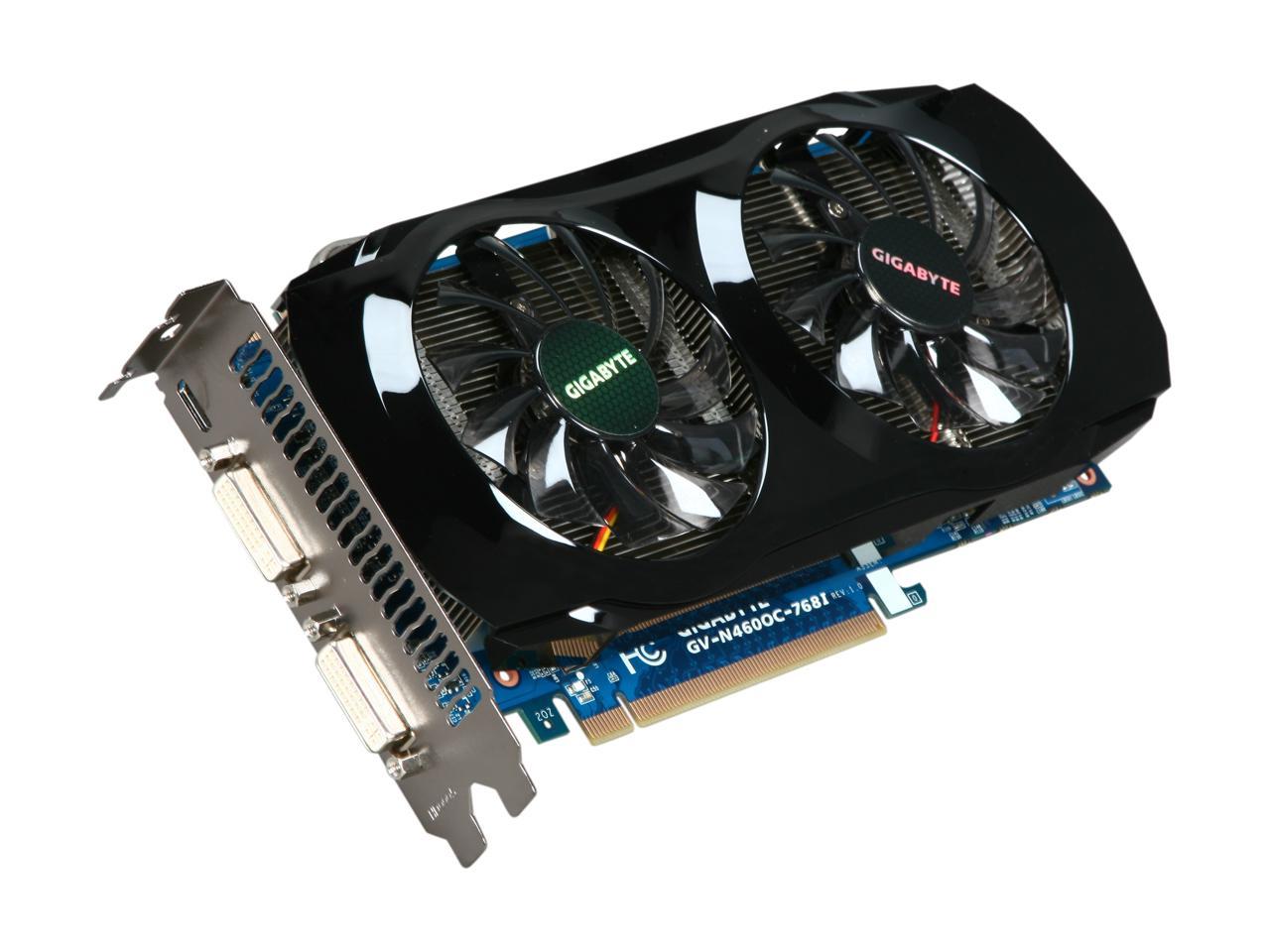 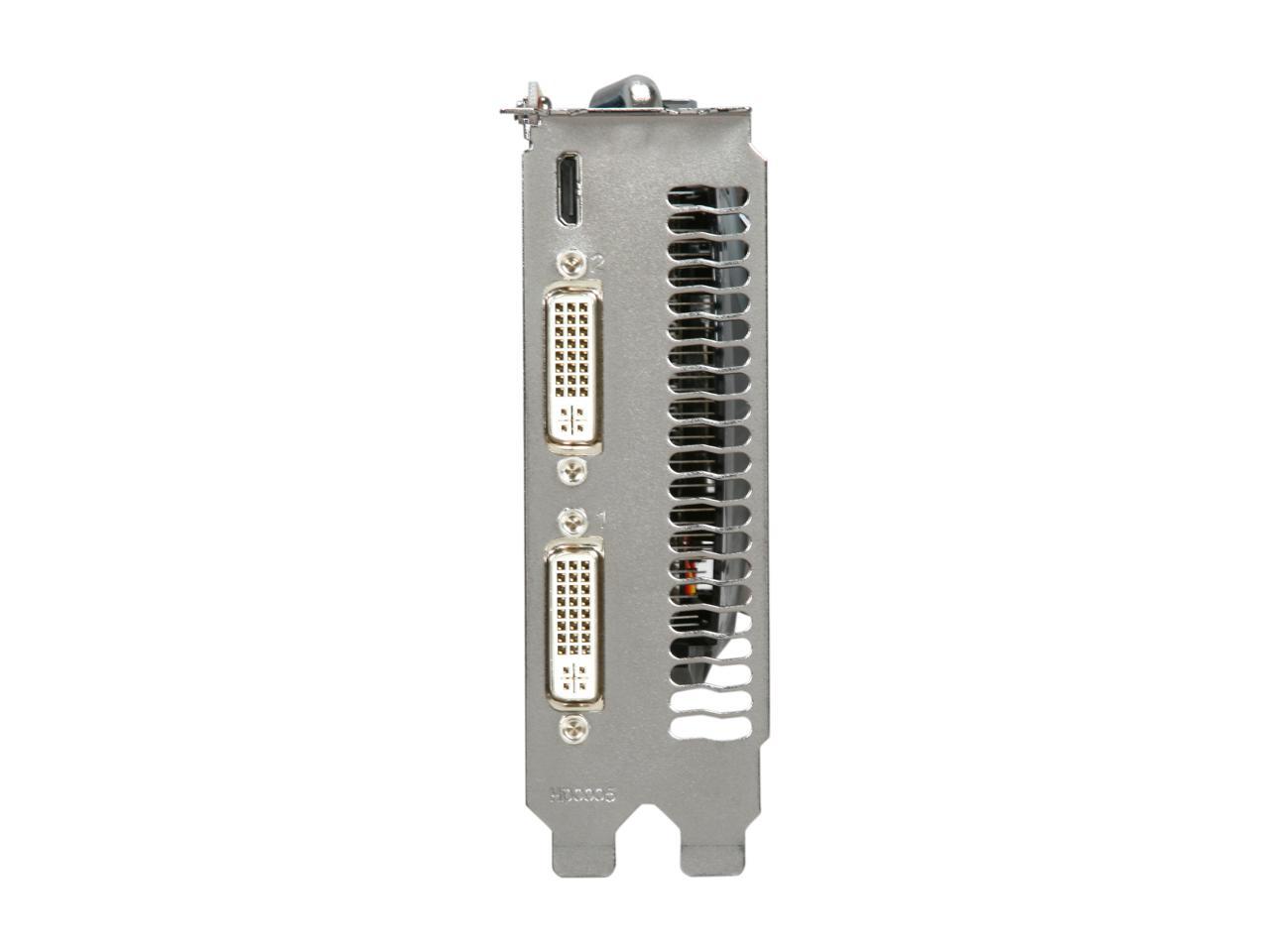 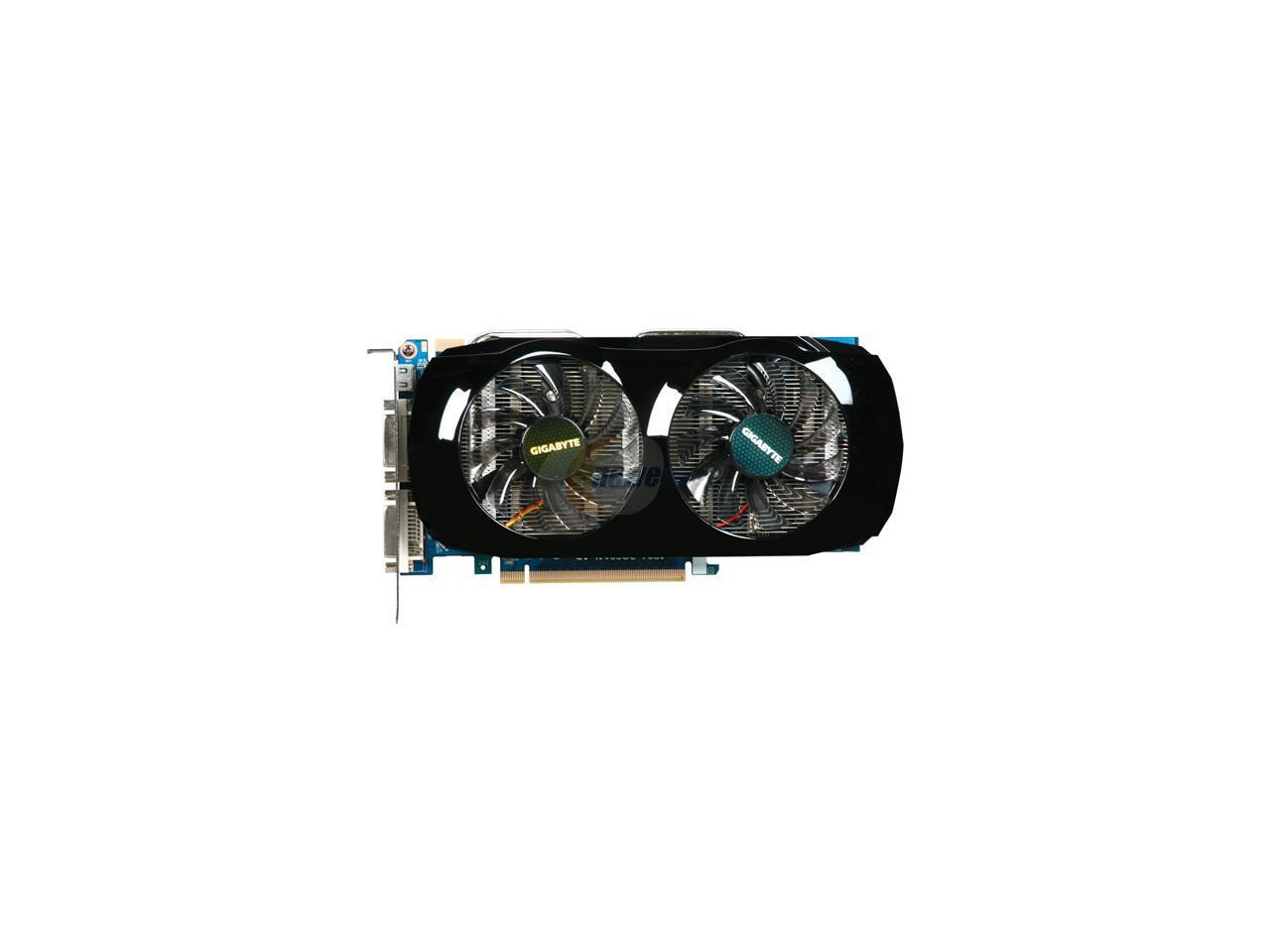 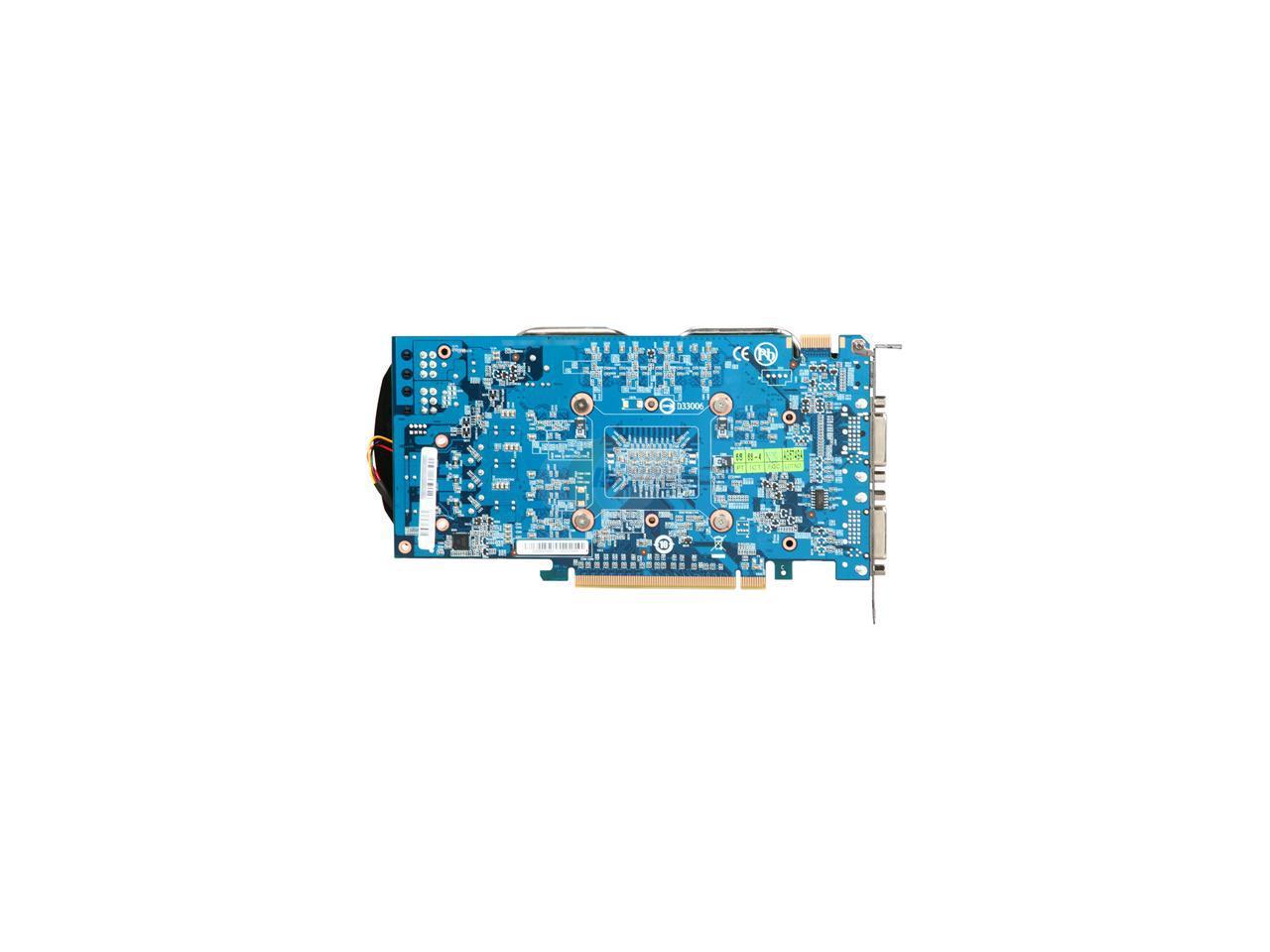 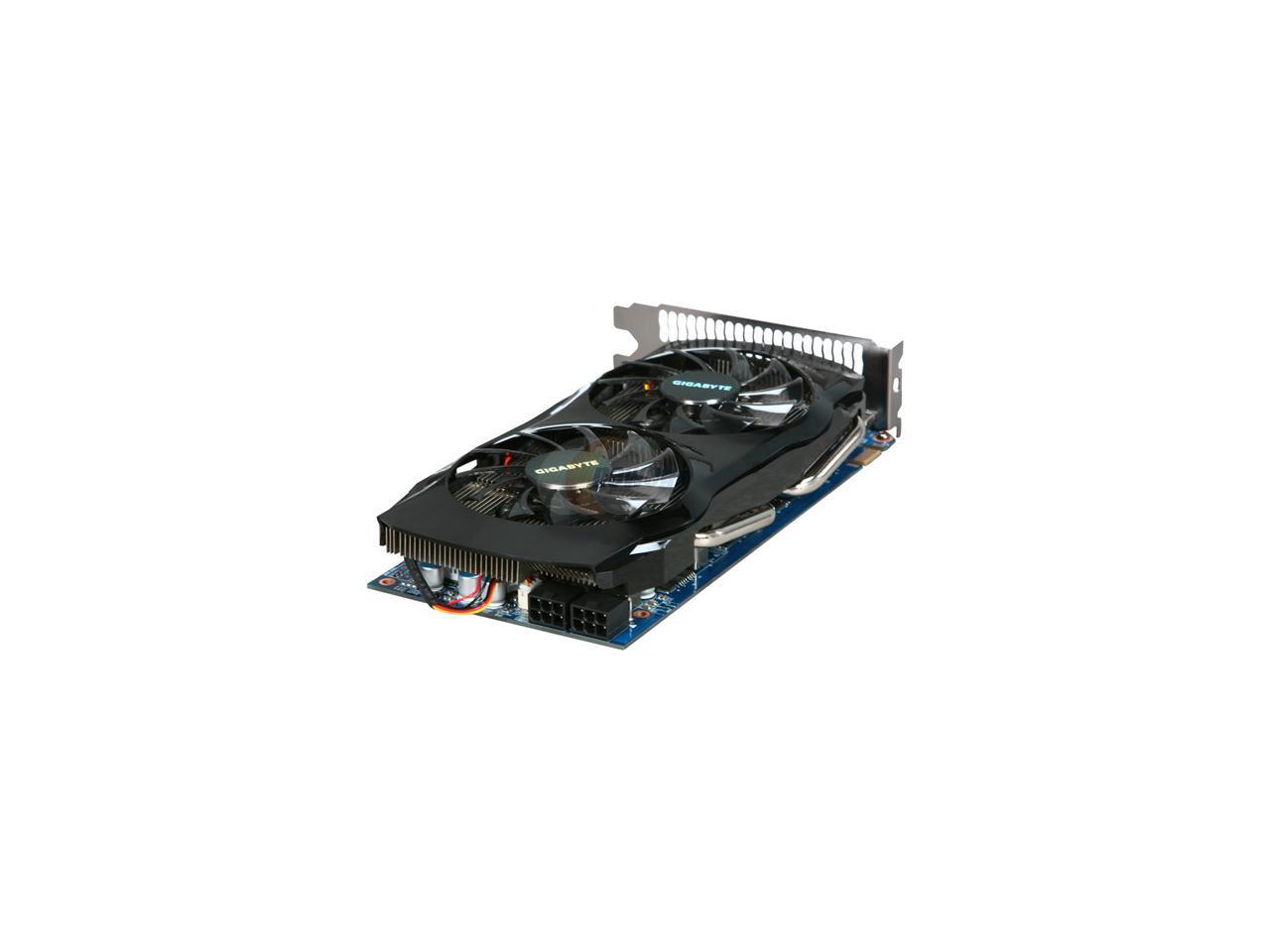 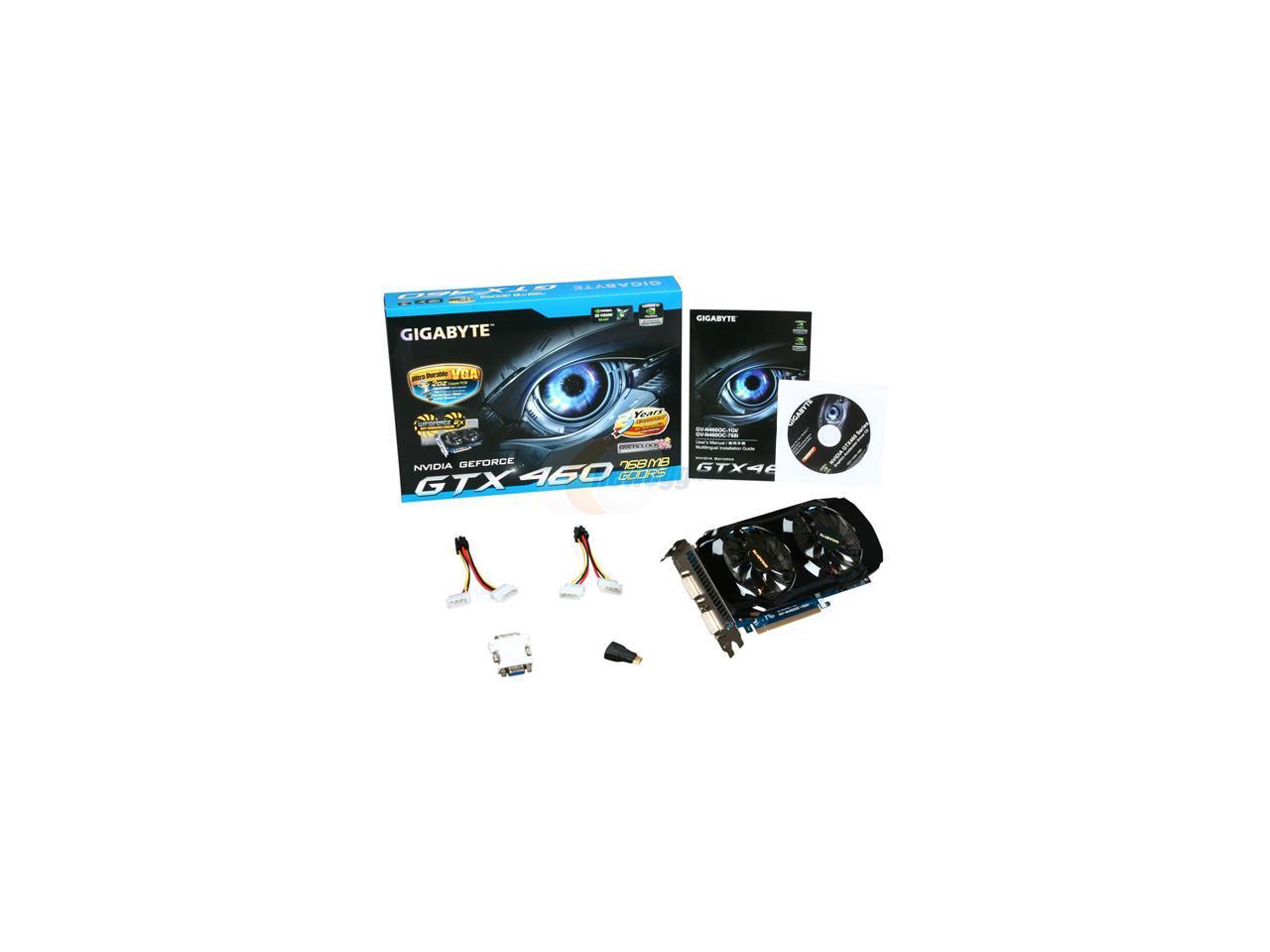 (42) Write a Review
See more "gtx 460"
OUT OF STOCK.
Overview
Specs
Reviews
Tailor made to hit the gamers’ sweet spot, NVIDIA GeForce GTX 460 delivers revolutionary levels of price/performance. With up to 4x the DirectX 11 tessellation performance of the competition, GeForce GTX 460 packs highly detailed visuals into your games - without sacrificing high frame rates. And with NVIDIA 3D Vision, PhysX, and CUDA technologies, GeForce GTX 460 powers all the incredibly realistic effects that your games can throw its way. Best of all, Gigabyte engineers have developed Ultra Durable VGA and WINFORCE 2X cooling technology on their GV-N460 series for better cooling, efficiency and performance.

Learn more about the GIGABYTE GV-N460OC-768I

Pros: awesome speeds WHEN it works!

Cons: after a month of having it, it started hard locking my computer. I have win7 64bit and have installed the latest nvidia drivers. Tried updating my gigabyte ma790x-udp4 bios to f10a and still same issue. Installed new motherboard drivers, and still same issue! Card works fine when not attempting to decode video or play a game but the second you do so within 15 minutes of playing the computer hard locks but gets no blue screen. Plugged in my old 8800gts and zero issues. Defective card! DO NOT BUY!! searched all forums an almost everyone with a 460 is getting this issue.

Overall Review: I wish I would have attempted to solve this earlier! now I'm out of my newegg warranty and will have to deal with the manufacture directly to RMA this... Already filled out RMA with Gigabyte but no response yet....

2 out of 2 people found this review helpful. Did you?
Manufacturer Response:
Dear Customer, Thank you for your comments. We apologize for your difficulty with your Gigabyte product. Please contact us at newegg-support@gigabyte-usa.com with the case number 64316 in the subject line. We will provide personalized service and analysis to help solve your issue ASAP. If the matter is urgent, please send us your contact number, and we will contact you. Gigabyte VIP Support Team
Brian H.
Ownership: 1 month to 1 year
Verified Owner
awesome10/22/2010 8:27:04 AM

Pros: Haven't done alot of benchmarks to check, but there are alot out there so i'm not really going to post more,, but with this card, it will max out my monitor at 60 FPS and only be using 50-68% of GPU on Fallout 3 with 1680x1050 and all settings maxed out. Also I did some overclocking, easily hit 850 on the core and 2100 on the memory,, don't typically run it that fast when playing as i don't need that much power. Also runs super quiet compared to rest of system,, sounds more like "woosh of air" going over the card vs actual sound of fans spinning, my stock AMD cooler definitely is the noise maker in my system

Cons: The only con I have is the mini-hdmi to hdmi adapter, wish it was a full size hdmi on the board or at least an adapter cord, it sits real close to the side and when installed in my system, I can't get the adapter into the card as I have a tooless case and there is a hinge holding in the cards which comes close to the mini hdmi port,, so if i didn't need an adapter or at lease a short adapter cord, it would work,, so either its the card or my case being the con, but not really a big deal overall I'm not going to say the fact that its not 1GB is being a con as I didn't buy the 1GB cuz it was 30 dollars more (I bought this card when it was still over 200 dollars)

Overall Review: this replaces a 8500GT so I really can say this is a monster card when jumping up from such a low end card, even the XBMC interface 'pops' with life no matter what skin I got on there

Pros: More or less does what it is meant to. Fast enough. Sort of large, but I managed to wedge it into a non standard (boxy) shaped case.

Cons: Doesn't have the old IBM graphics modes. I asked a guy about it: "As to your SVGATEST.EXE results, the older MODE 04h, 05h does not look good. The 200 lines 16 color EGA modes I can understand, but the very basic IBM CGA mode 04h and 05h seems as if some legacy vBIOS code supporting the original IBM CGA adapter has been ignored or removed. " This happened with a lot of new cards, at least NVIDIA and probably ATI. I was trying to find a list of the last cards that don't drop old modes on VOGONS, but ...I don't see it.

Overall Review: Do your homework!

Pros: At the time (9/2010) was the best card price-to-performance-wise on the market. Still provides good value if you're going to SLI two of them.

Cons: Wish I would have bought the 1GB model for an extra $15.

Cons: I built 3 identical workstations with this card in each and every one is experiencing random crashing, slow performance freezing and graphic errors. The problems range from basic freezing of the screen to program windows minimizing then maximizing or a black screen which returns with a "Nvidia driver has stopped responding" error. I have installed two driver releases to no help. Next step is to RMA these although That am i going to do with 3 workstations in my office without video cards? Gigabyte GA-P55-USB3 Core i7 870 2.93GHz LGA 1156 95W G.SKILL Ripjaws DDR3 1600 (4x2GB) SAMSUNG Spinpoint F4 320GB SATA 3.0Gb Antec EarthWatts EA650 650W Windows 7 Home Premium 64-bit

Cons: Poor service, got one day of service one year ago, requested an RMA never got.

Overall Review: Tryed the RMA process, nothing. No RMA sent. Called sent back to the web-site. Then I gave up and put back an EVGA 9800, worked fine for the last year, but I want the card I payed for! Now What?

Cons: Randomly started crashing after a few months. Doesnt seem like this is an isolated incident.

Cons: It stopped working after 3-4 months. I have sent multiple submissions for a replacement however Gigabyte refuses to send the RMA papers. Every time I call they tell me they will email me the papers I need, I give them my email address and I never get them. Their customer services is sub-par.

Did you find this review helpful?
Manufacturer Response:
Dear Customer, Thank you for your comments. We apologize for your difficulty with your Gigabyte product. Please contact us at newegg-support@gigabyte-usa.com with the case number 71006 in the subject line. We will provide personalized service and analysis to help solve your issue ASAP. If the matter is urgent, please send us your contact number, and we will contact you. Gigabyte VIP Support Team