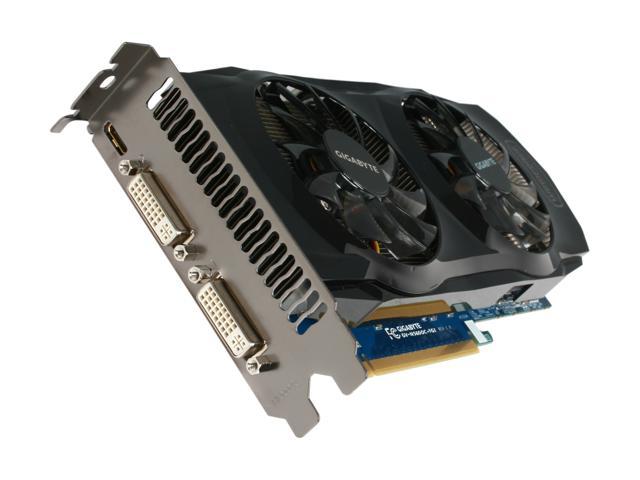 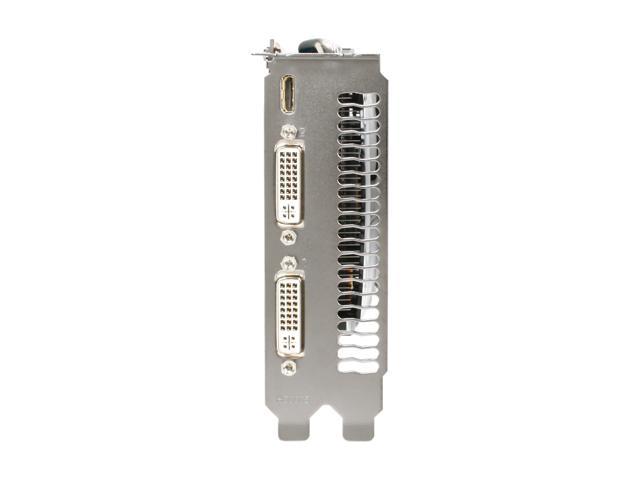 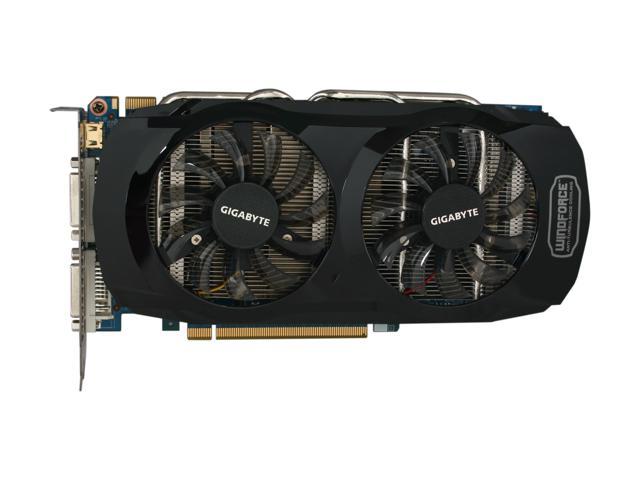 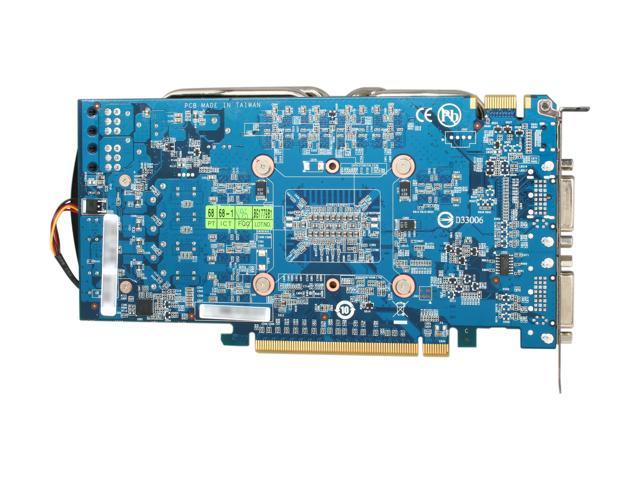 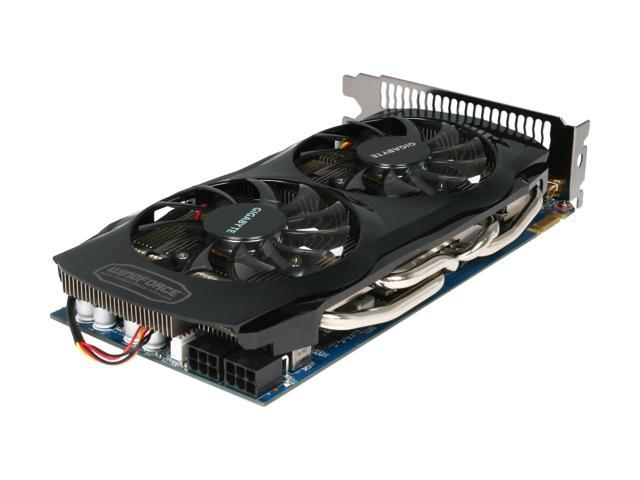 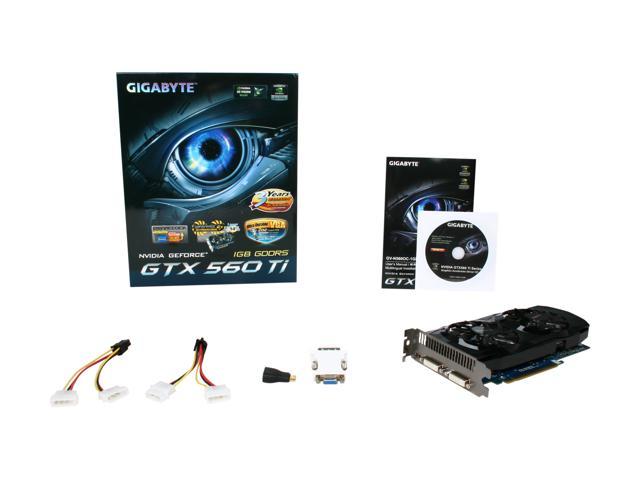 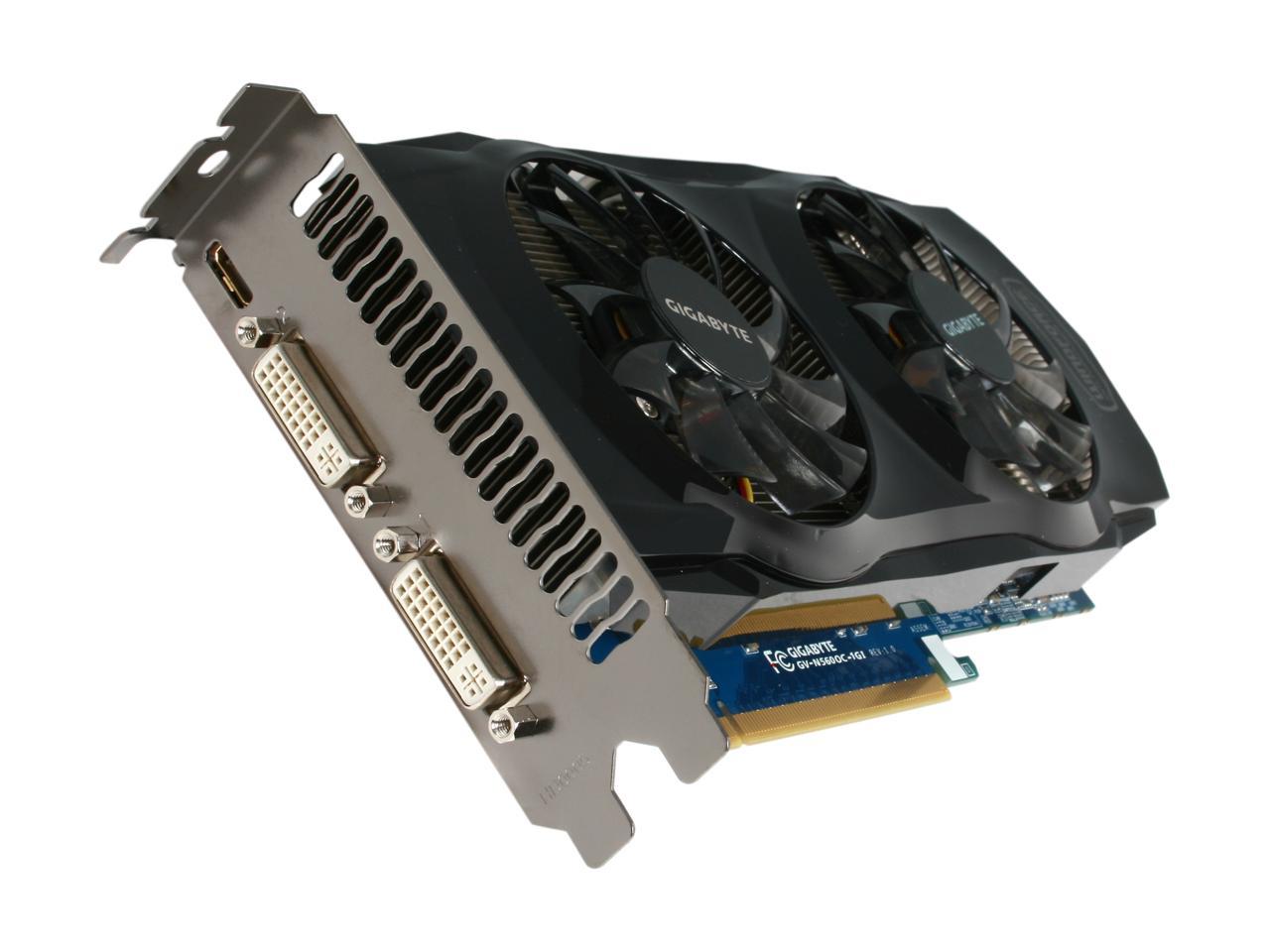 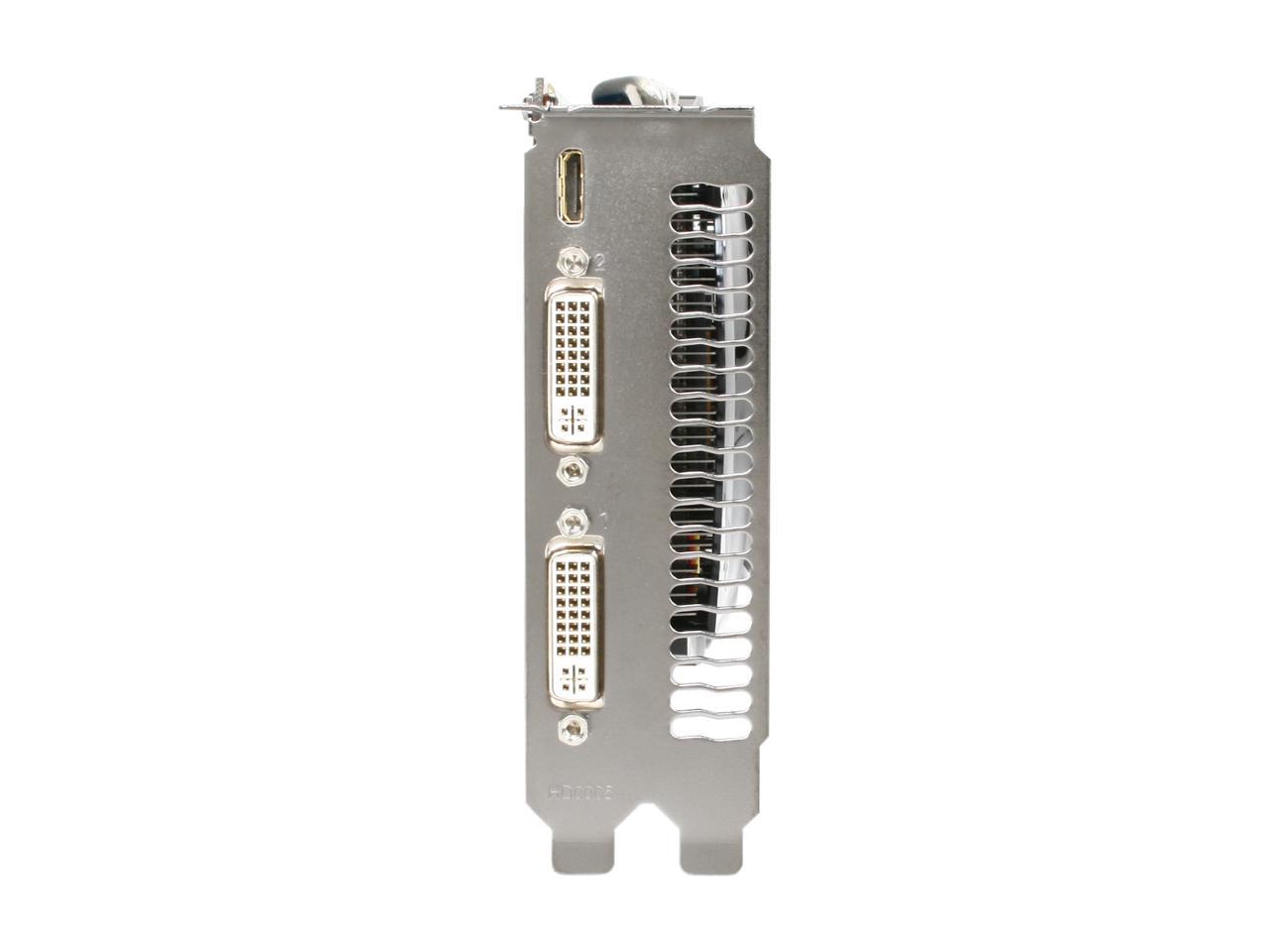 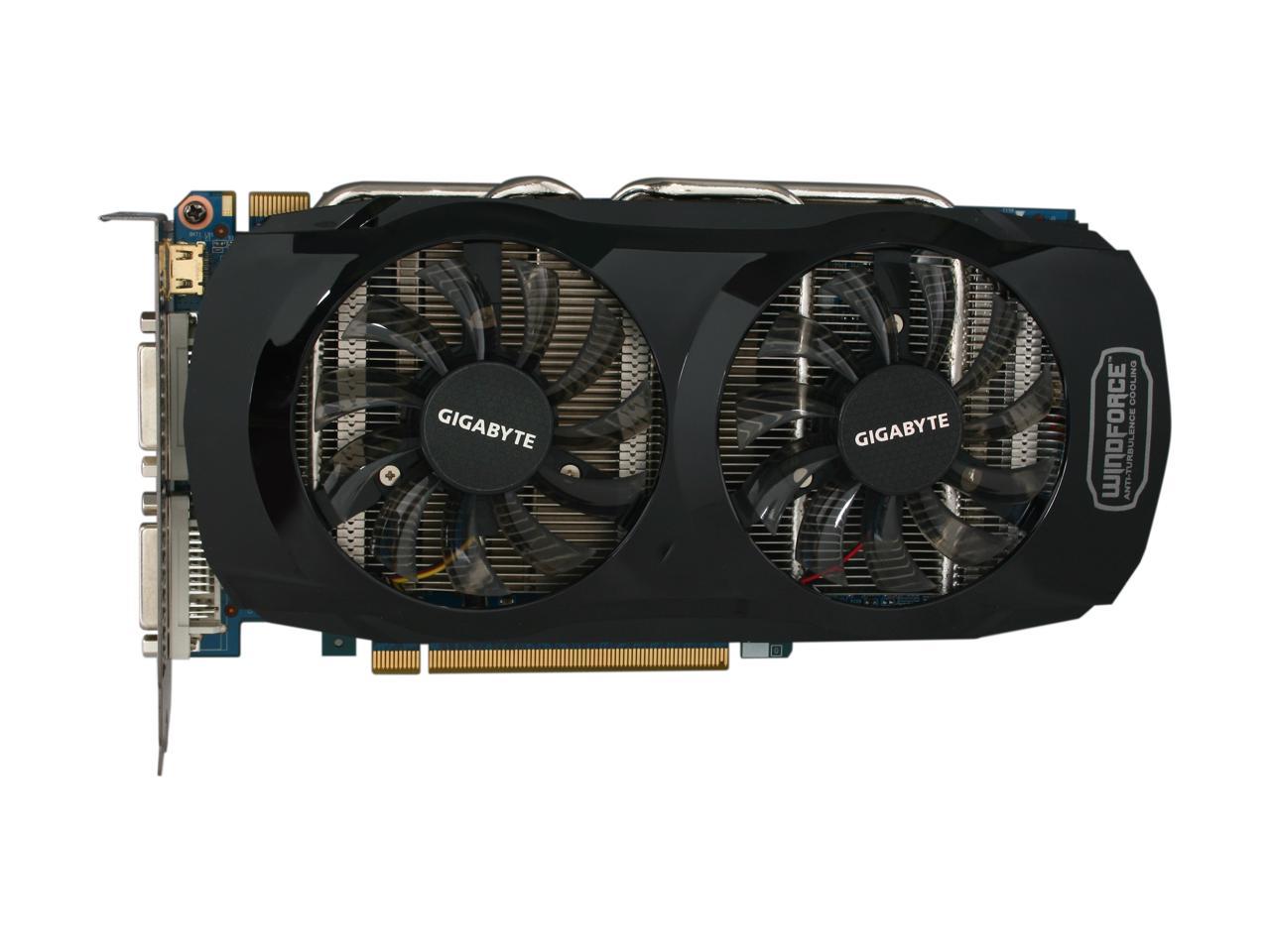 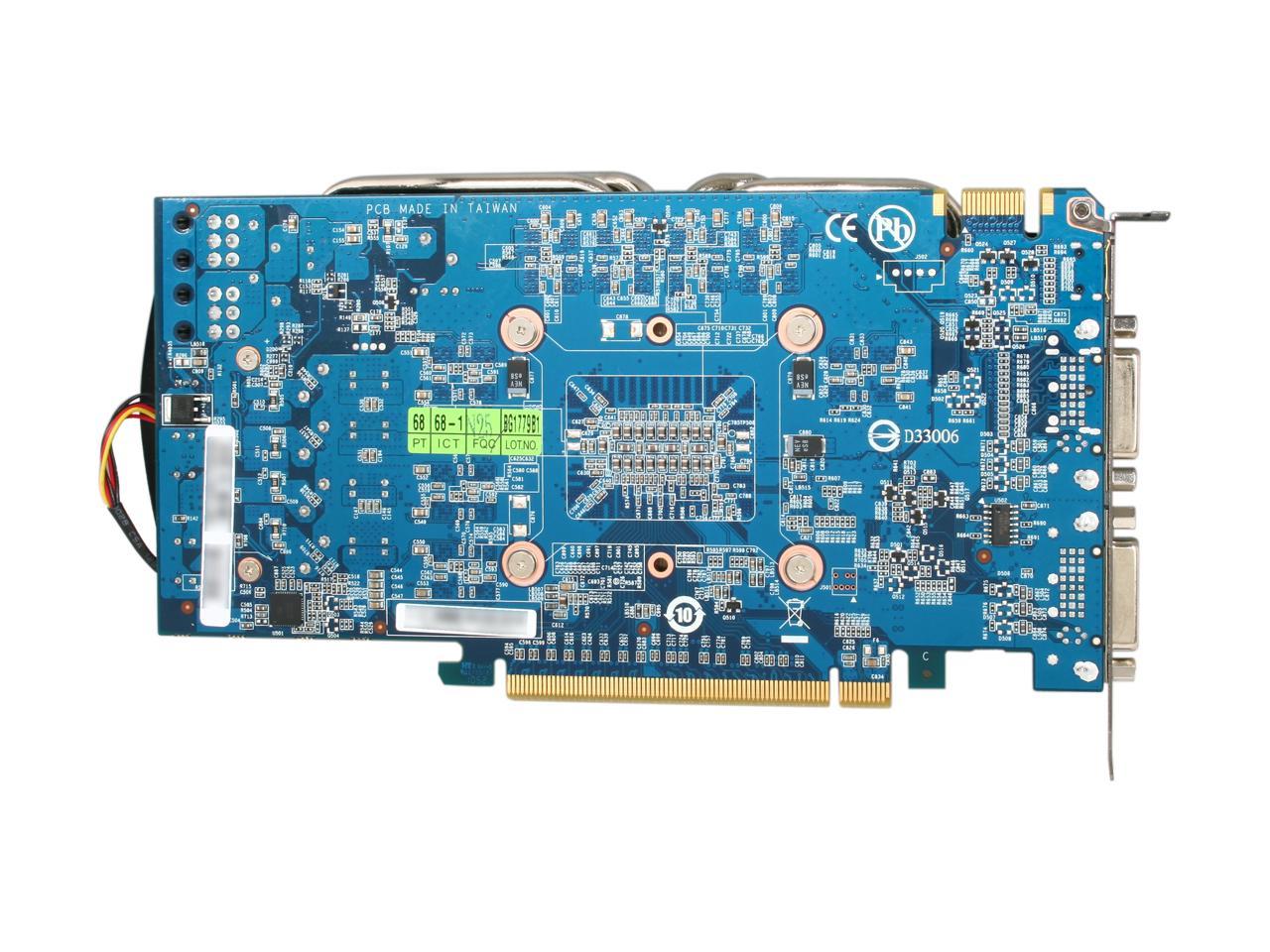 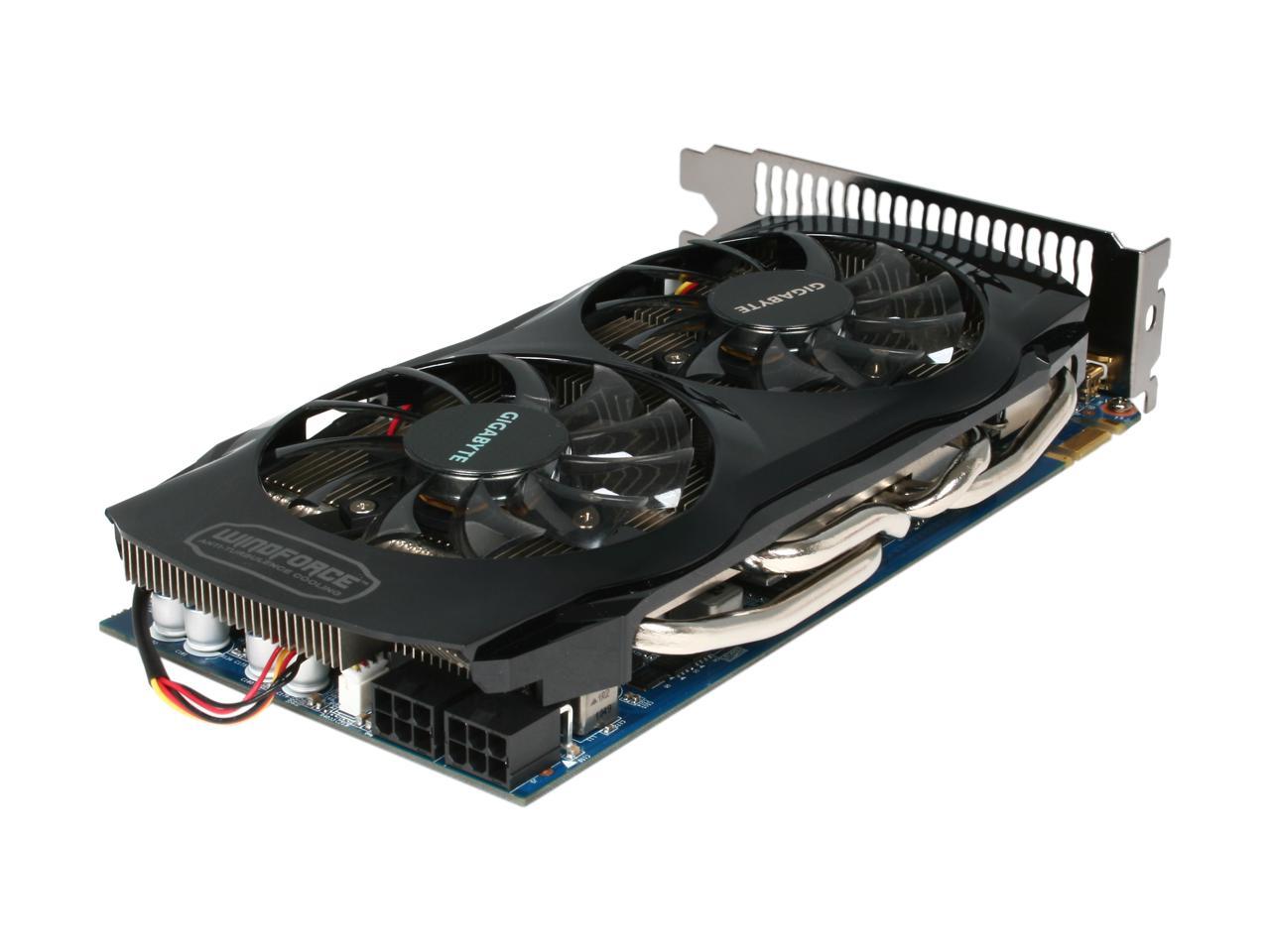 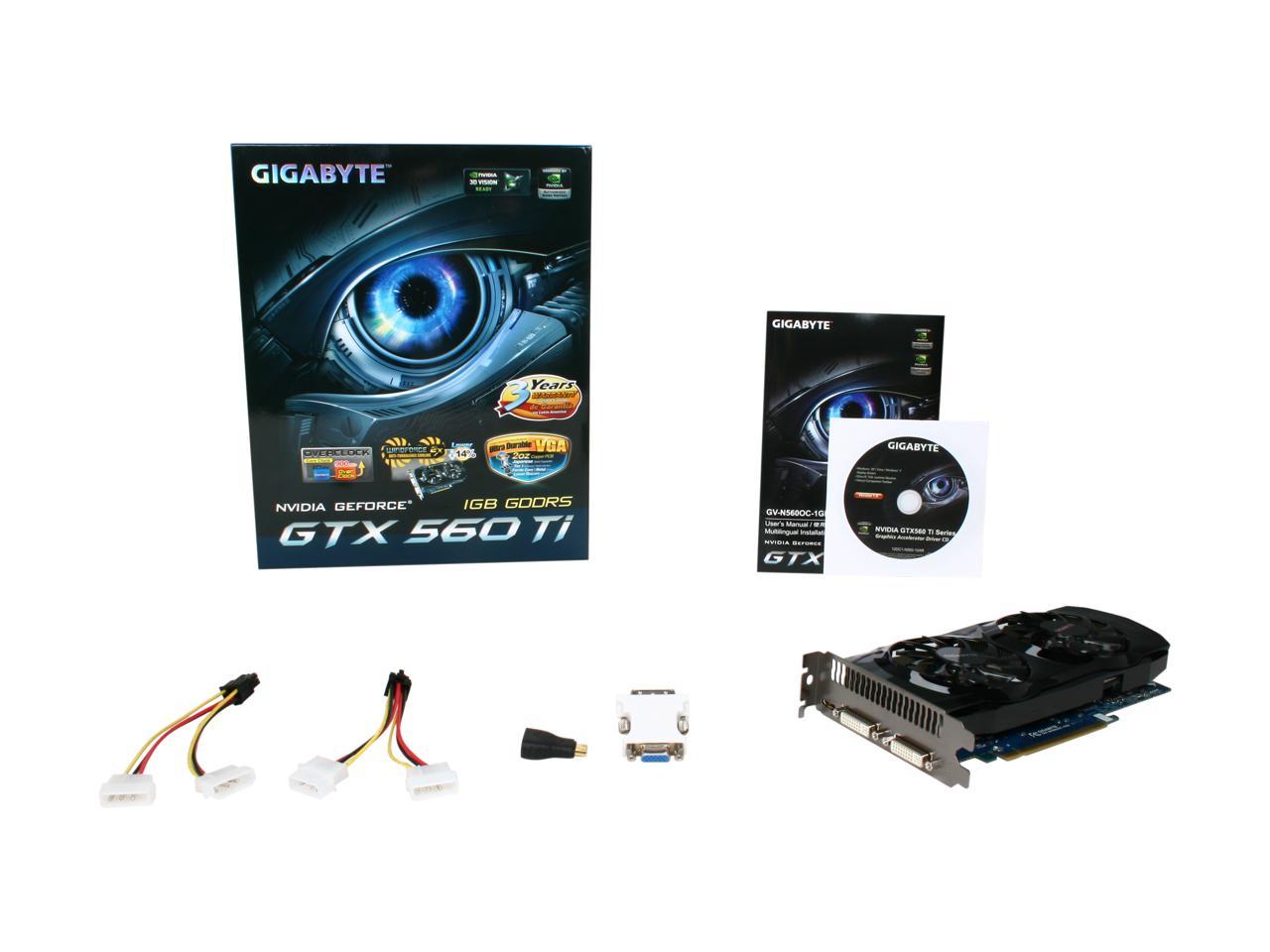 (178) Write a Review
OUT OF STOCK.
Overview
Specs
Reviews
Once again NVIDIA GeForce GTX 560 Ti GPU pwns the gamer's sweet spot, delivering around 33% faster performance than GeForce GTX 460, overclocking headroom that is off the charts, and an incredible performance per watt. Discover the incredibly detailed world of DirectX 11 with the Gigabyte GV-N560OC-1GI overclocked graphics card! Featuring Gigabyte innovative WINDFORCE 2X mirroring-inclined fin cooling solution, this Ultra Durable VGA series graphics card brings you a 14% cooler and quieter gaming experience while you rip through the latest titles. As you’ve come to expect from a GeForce GTX GPU, Gigabyte GV-N560OC-1GI packs support for all the premium GTX gaming technologies such as NVIDIA 3D Vision Surround, PhysX, and SLI to offer the ultimate in gaming realism.

Learn more about the GIGABYTE GV-N560OC-1GI

Cons: Nothing notable as of this point. This card has performed at or above expectations.

Overall Review: This is an updated review after owning for almost 1 year. I've liked this card enough that I'm planning my second purchase to do an SLI setup. It has run all the games I play flawlessly with full settings @ 1920x1080. My setup: ASUS Sabertooth 990FX, AMD Phenom II 965, 8GB GSkill DDR3/1600, Seasonic PSU (never skimp on the quality of your PSU!!). Remember: Most people don't review their experience unless they had a bad one. For every "1 egg" review there is probably a hundred people who have had no problems and didn't do a review.

Pros: This card is of average length of just under 9.5 inches. As dual fan cards go, it has excellent cooling at acceptable noise levels depending on your case design (thick vs thin walls) and it met or exceeded my personal expectations based upon Gigabyte's hype of this cooling solution. Beware however, that this setup dumps about 80%+ of its heat directly into your case, so you better have good overall airflow to carry it away, as virtually no heat is expelled through its rear grill as you may be used to with full shroud cards such as an 8800 GTX, which is what I upgraded from. I found my card to be stable and happy at core clock speeds and a bit beyond while still being able to handle the heat. (see Other Thoughts) I have detected no vibration even at 100% fan speed from this card. Gigabyte did their homework with this setup. As for graphics performance, its too subjective and I leave it to the pro reviews, but I experienced double+ FPS gains over my old overclocked 8800GTX.

Cons: Dumps most of its heat directly into your case. No SLI bridge? The fans are audible (but not loud) past 80% fan speed in my Zalman Z-Machine GT 1000, which has thick aluminum walls. Most users will likely begin to hear the card fans over the case fans right around the 70% point in my experience. Factory overclocked cards don't have a great reputation for stability or long-term reliability, but so far its working well. I did have to upgrade to the v270.61 drivers to get it to stabilize in some of the more graphic intensive games. I haven't tried drivers beyond that.

Overall Review: The serious skinny... With 2x 92mm intakes and 1x 120mm case & 1x 60mm PSU exhaust fan, & 3x 80mm insides fans forcing case air directly at the end and front of the card, I was able to achieve about 25-29c idle & 59-64c full game load temps depending on an ambient temperature range of about 69-75F. Those temps are achieved while overclocked @ 950MHz core @ 1.025v, & 4500MHz mem, about the highest stable overclock I have been willing to push for at this point. I notice it runs about 3-5c cooler at stock clocks. IMHO, thats about the very best you can expect on an air setup, as the heat vs. performance gains begin to seriously fall past that. I should also note that I spent many many hours perfecting my cases airflow. Your experience will vary, but overall it CAN pretty much be as cool and quiet as Gigabyte claims (depending on your setup) but I don't see its heat being an issue to anyone who has any modicum of case airflow.

Pros: 1). Quiet 2). Keeps cool 3). Didn't have to fight drivers or hardware it to install. 4). Reliable and stable under multiple stress-tests. 5). Overall, works quite well.

Cons: Only con noticed thus: The HDMI mini port is too close to the edge of the card. Once installed in the case, the mini-HDMI to HDMI adapter would not fit. Even if I could shave off the sides of the (included) adapter, the HDMI female end would overlap the edge of the case. Anotherwords, the adapter is too dang fat.

Overall Review: The cards ability to run nVidia's 3D works wonders. I built a new machine from the ground up just to use 3D. I went with Gigabyte, as I enjoyed the reliability and stability of my previous Gigabyte components. My last build was the absolute best I've had in over 15 years of building my own rigs. Although I'm annoyed with the Mini-HDMI, it did not deter me from both keeping and enjoying this card. Well worth the price. Would've gave a perfect if not the placement of the mini-HDMI port.

Pros: This thing is a beast. It runs everything I throw at it without so much as breaking a sweat. Civ 5 maxed out? Pft, please. Fallout: New Vegas on Ultra settings? No problem. Crysis Warhead on full Enthusiast settings with 4X AA? Is that all you got? Definitely the best value for the money right now, in my opinion. It'll run pretty much anything you can throw at it right now.

Pros: Very fast card for the price, will run everything I throw at it at max settings. Compared to my old 8800GT this card is silent. I cannot hear it at all, even when running a demanding game like Crysis, which used to make my 8800GT whine like a b*tch. Very pleased with that. Runs cool too, max detected temp while running a game was 57C. The GPU is factory overclocked to 900 MHz instead of the stock 822MHz.

Cons: None that I can tell.

Overall Review: So far I've tested it with Crysis, Bad Company 2, Modern Warfare 2, Mafia II and F1 2010. Everything runs fast with settings maxed out @ 1680x1050. It can bog down Mafia II if you leave PhysX at max, but that should be expected as this game requires a dedicated PhysX card to have acceptable performance. Leaving it on Medium yields great performance, however. I might use my old 8800GT as a dedicated PhysX card soon, haven't decided if it's worth it yet. The only game I have to disable AA is Crysis. Haven't tried overclocking it even further, but from what I've been reading I should be able to make it reach 950MHz with no problems. I don't think this card would have a good upgrade value if you upgraded recently and have something like a GTX 470 or GTX 460... even if you have something like a GTX 280. But if you're 3 or more generations behind like I was this is the card to get at the moment.

Pros: When it works its good.

Cons: I had problems with the card artifacting after a few months of ownership. I sent it in for an RMA. After waiting a month to get the card back, but it was the exact same card I gave to them. After a week had the same problem. Very annoying after waiting a month. I tried contacting Gigabyte by phone cause their online service is horrible, but could never get through. It has been working good for two weeks since I reflashed the firmware. I will never buy a Gigabyte product again after this service.

2 out of 2 people found this review helpful. Did you?
Manufacturer Response:
Dear Customer, Thank you for your comments. We apologize for your difficulty with your Gigabyte product. Please contact us at newegg-support@gigabyteusa.com with the case number 85430 in the subject line. We will provide personalized service and analysis to help solve your issue ASAP. If the matter is urgent, please send us your contact number, and we will contact you. Gigabyte VIP Support Team
Wei C.
Ownership: 1 month to 1 year
Verified Owner
Brake Down Recently (10 months)6/16/2012 7:14:36 PM

Cons: Breakdown for no reason after few months of use... Not even able to go into windows now..

2 out of 2 people found this review helpful. Did you?
Manufacturer Response:
Dear Customer, Thank you for your comments. We apologize for your difficulty with your Gigabyte product. Please contact us at newegg-support@gigabyteusa.com with the case number 85226 in the subject line. We will provide personalized service and analysis to help solve your issue ASAP. If the matter is urgent, please send us your contact number, and we will contact you. Gigabyte VIP Support Team