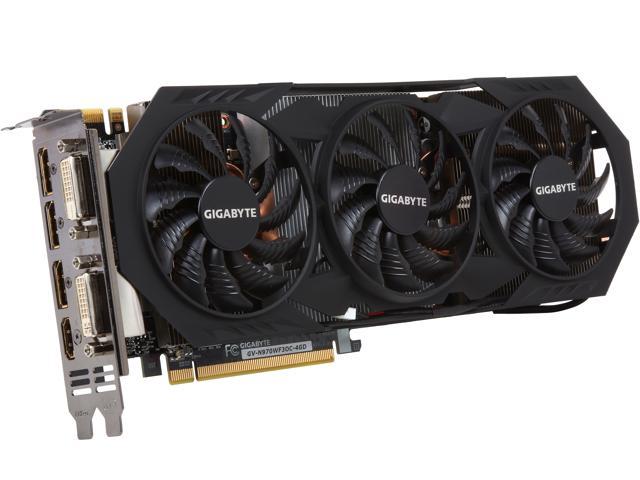 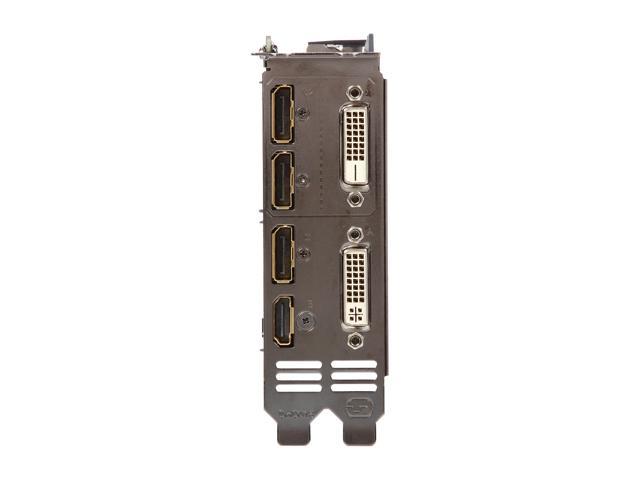 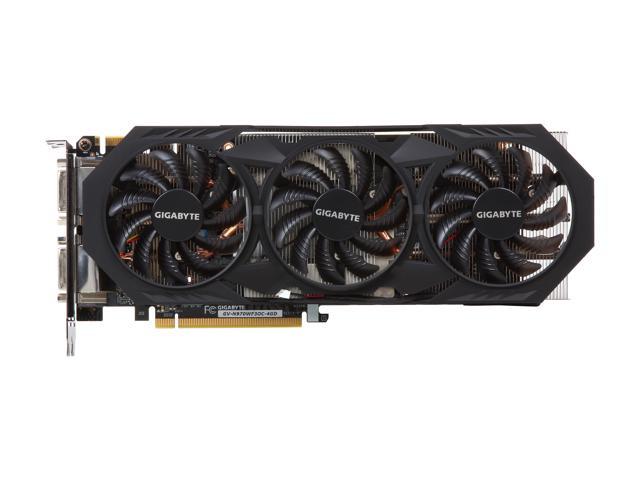 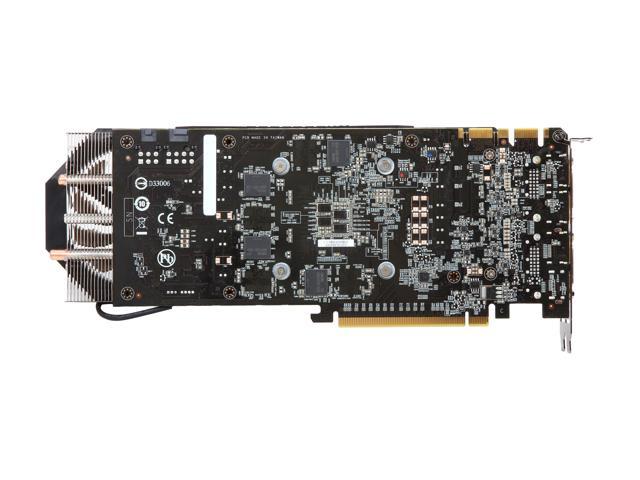 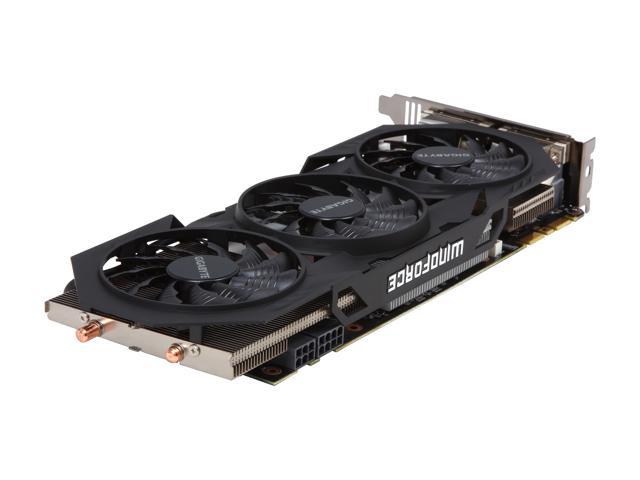 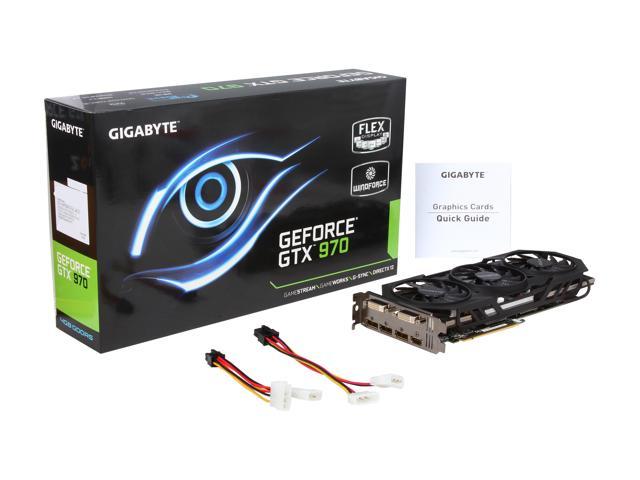 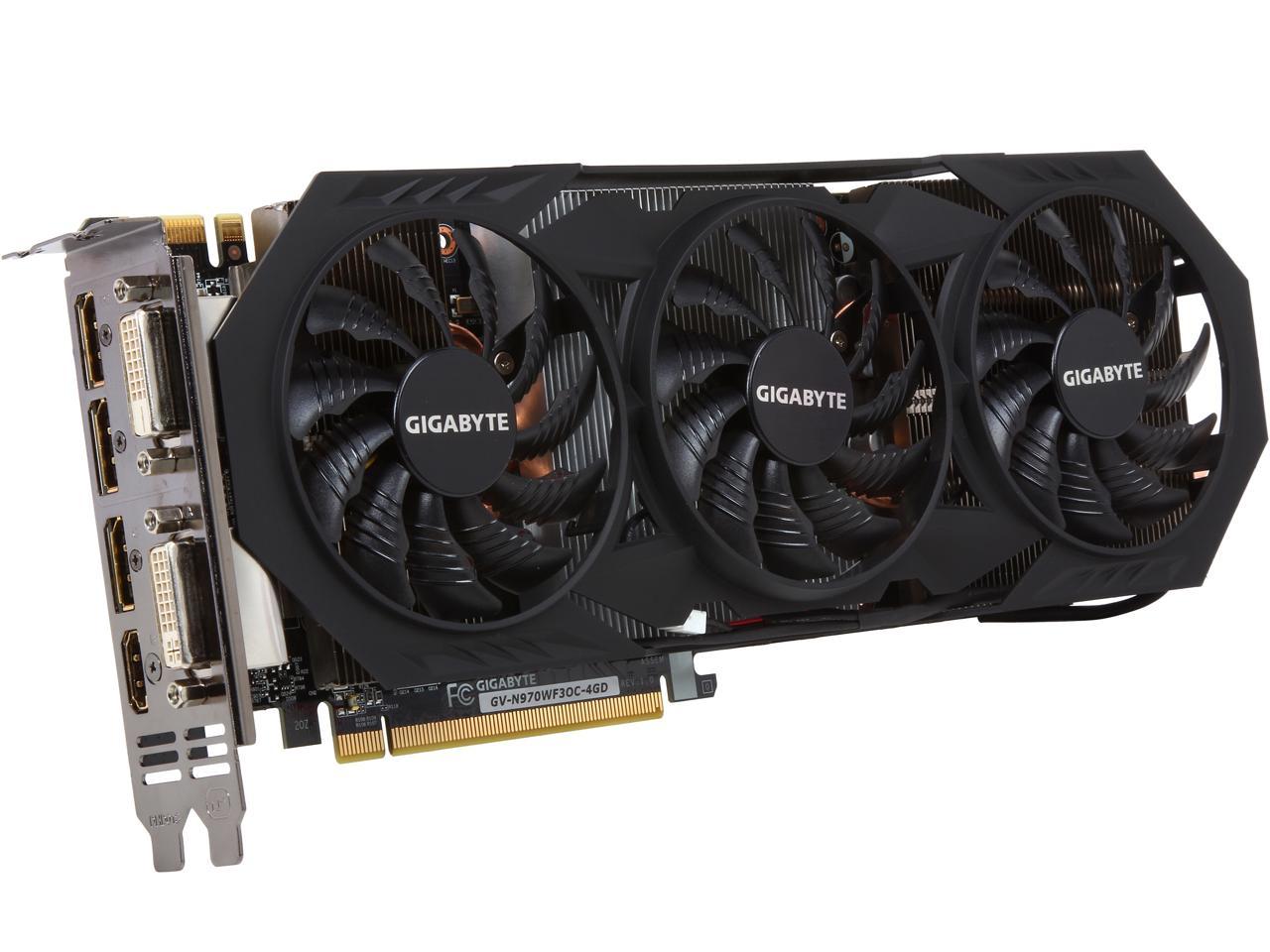 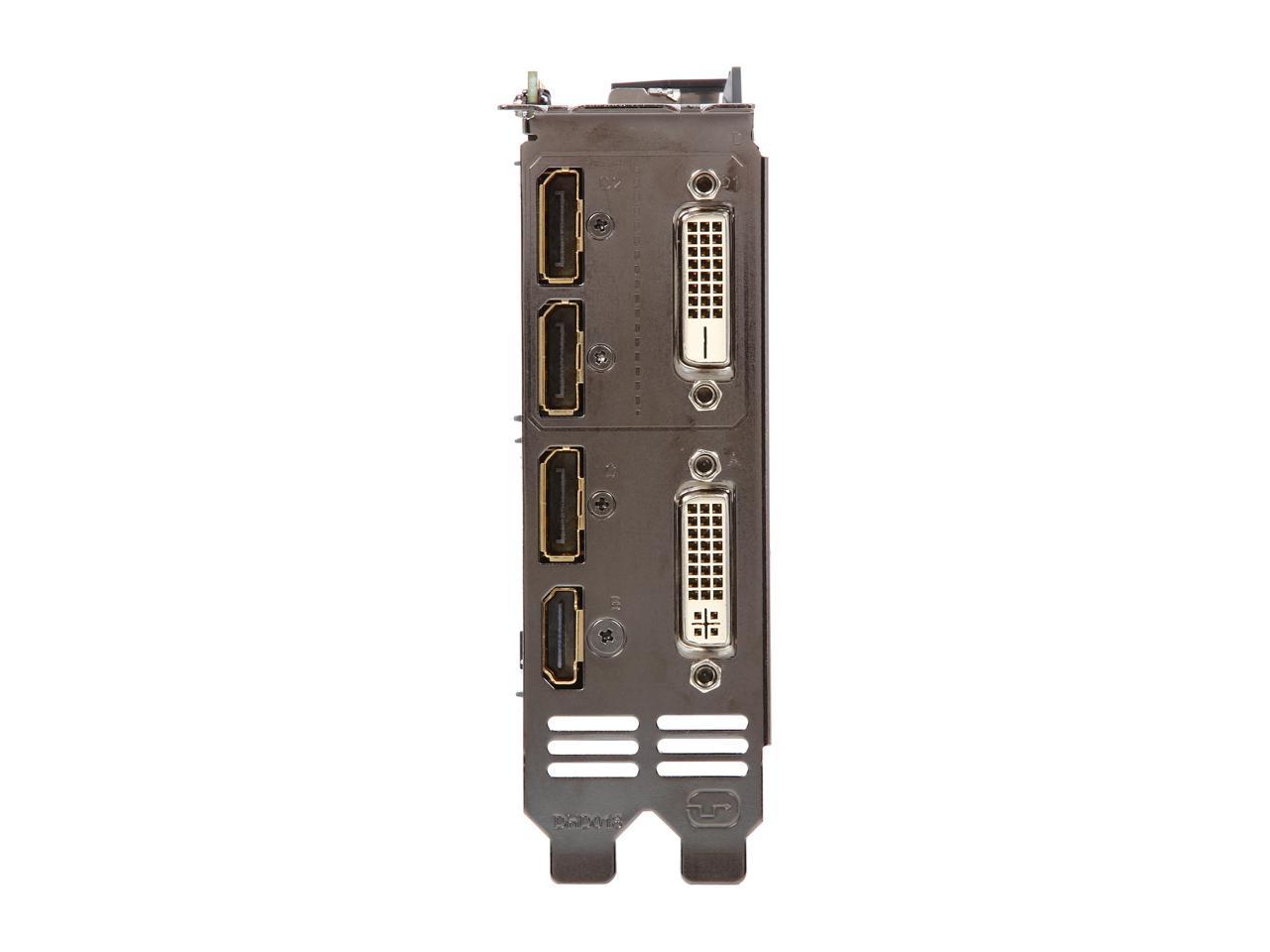 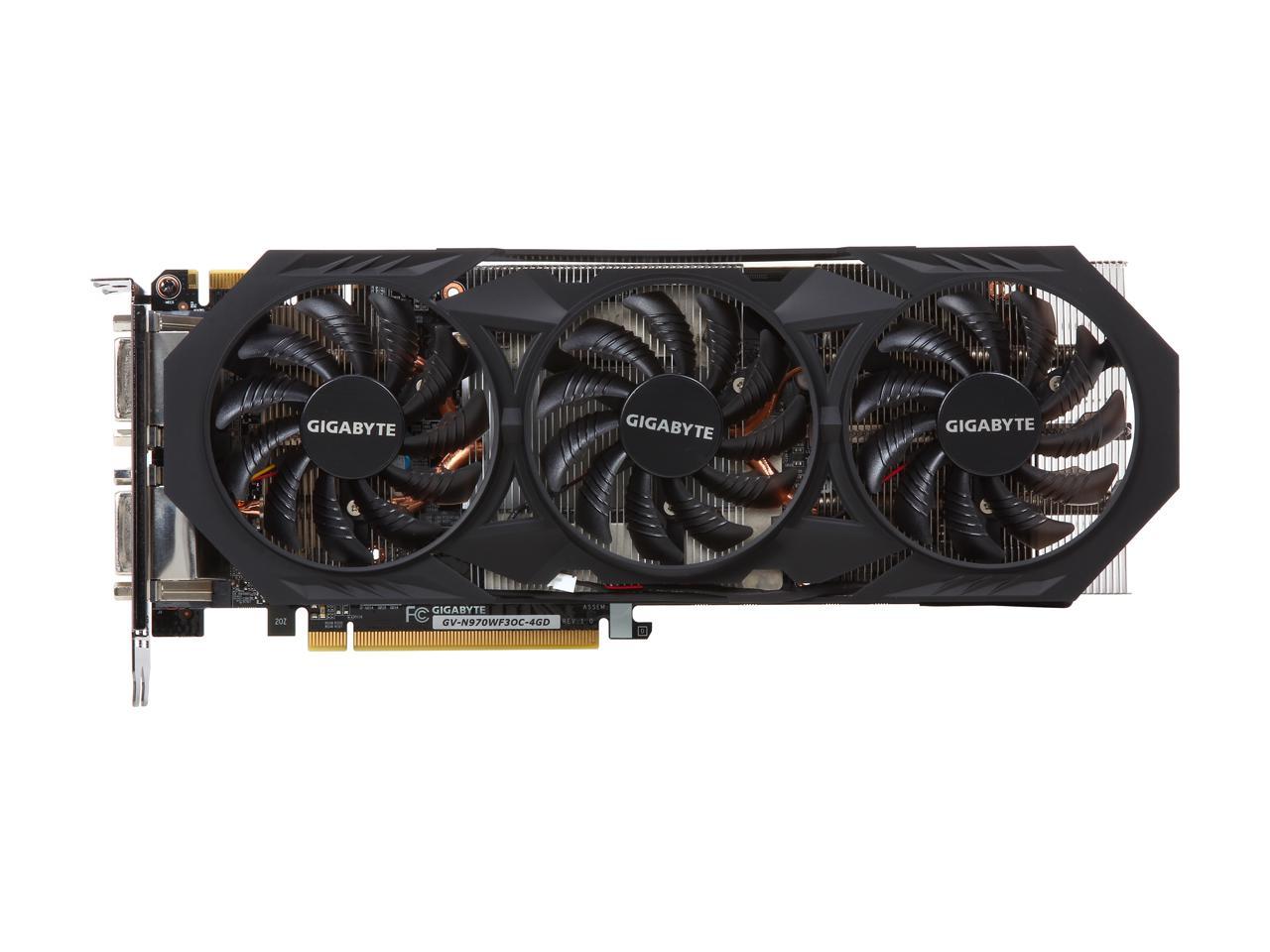 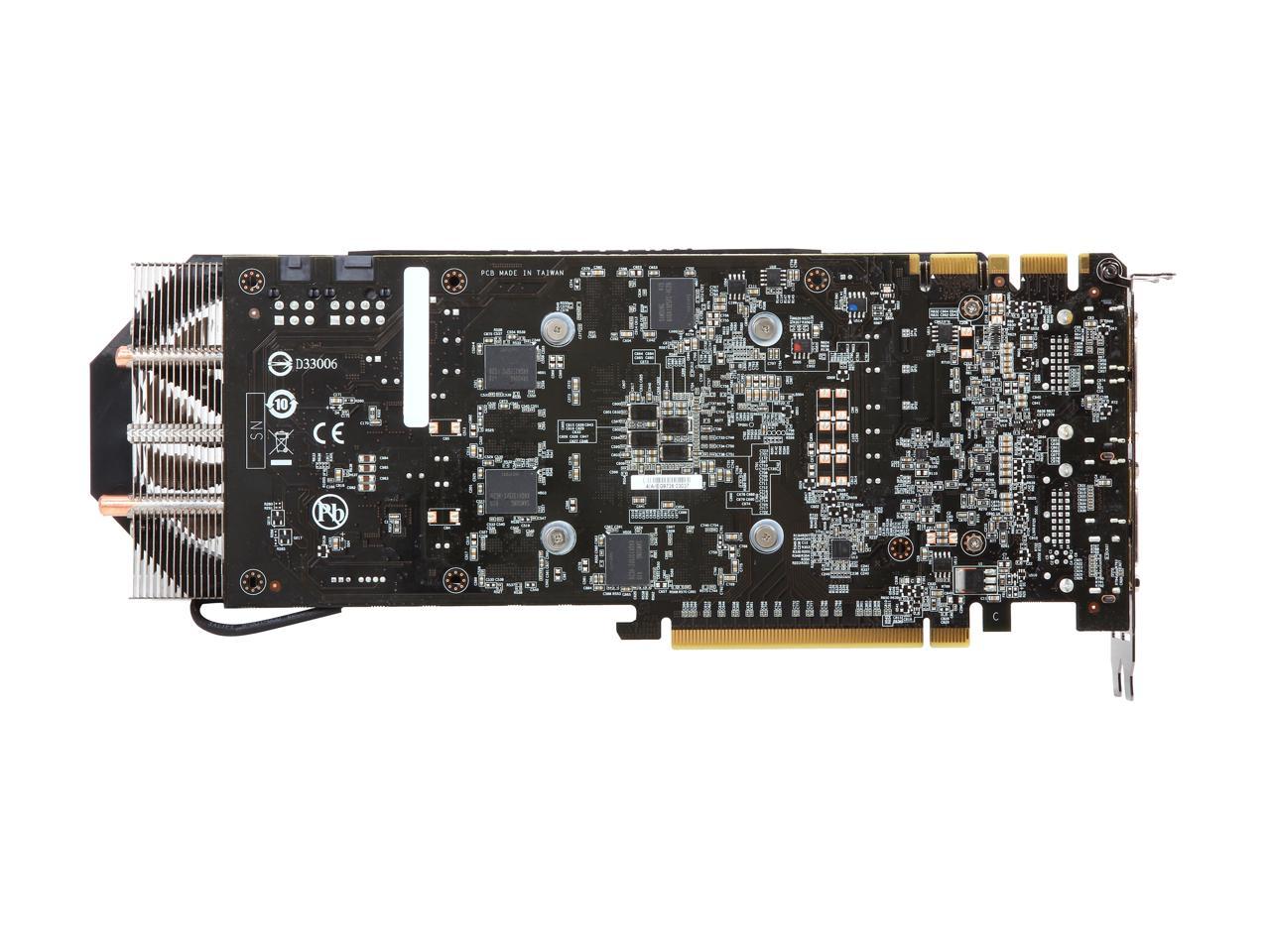 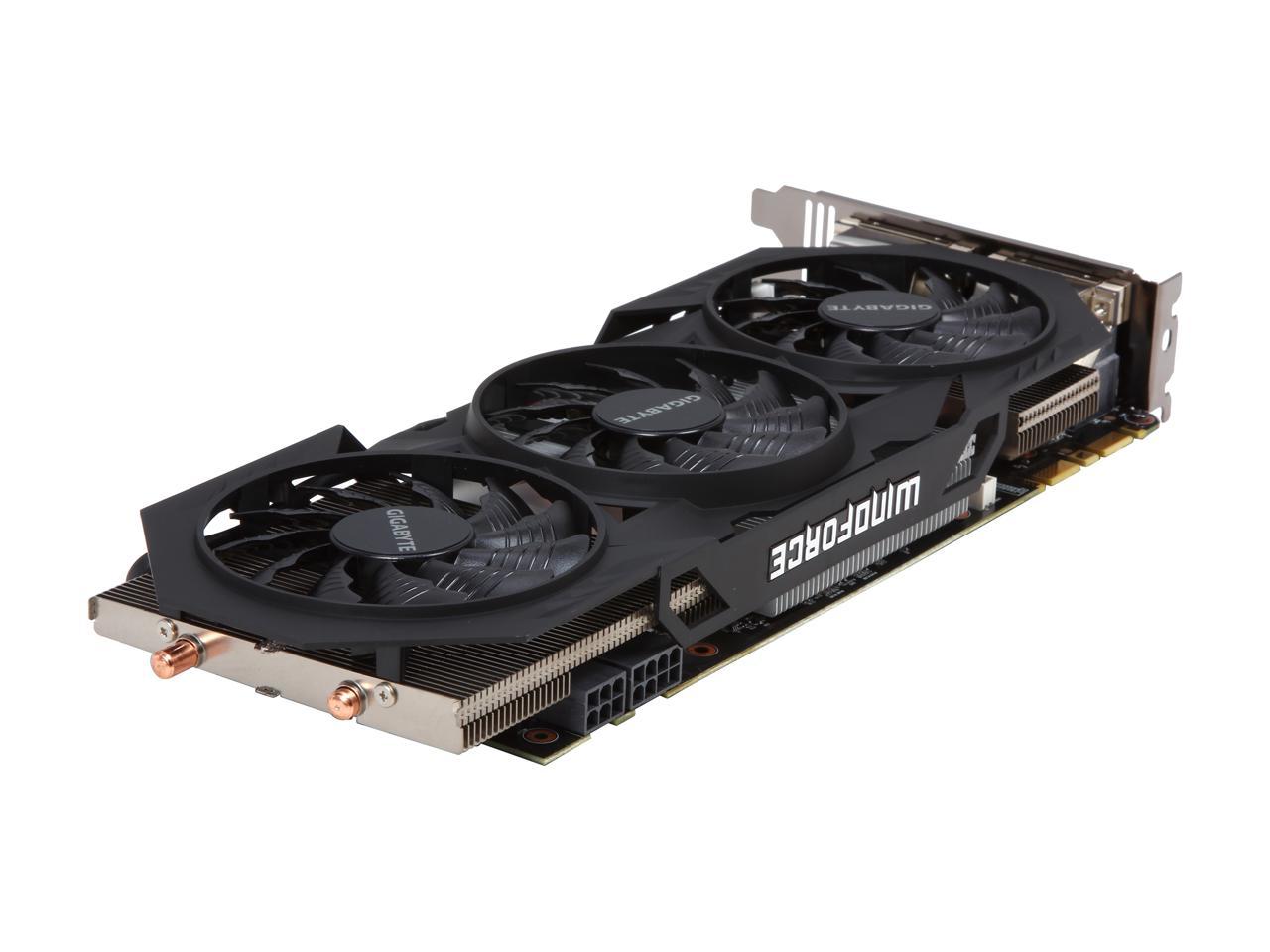 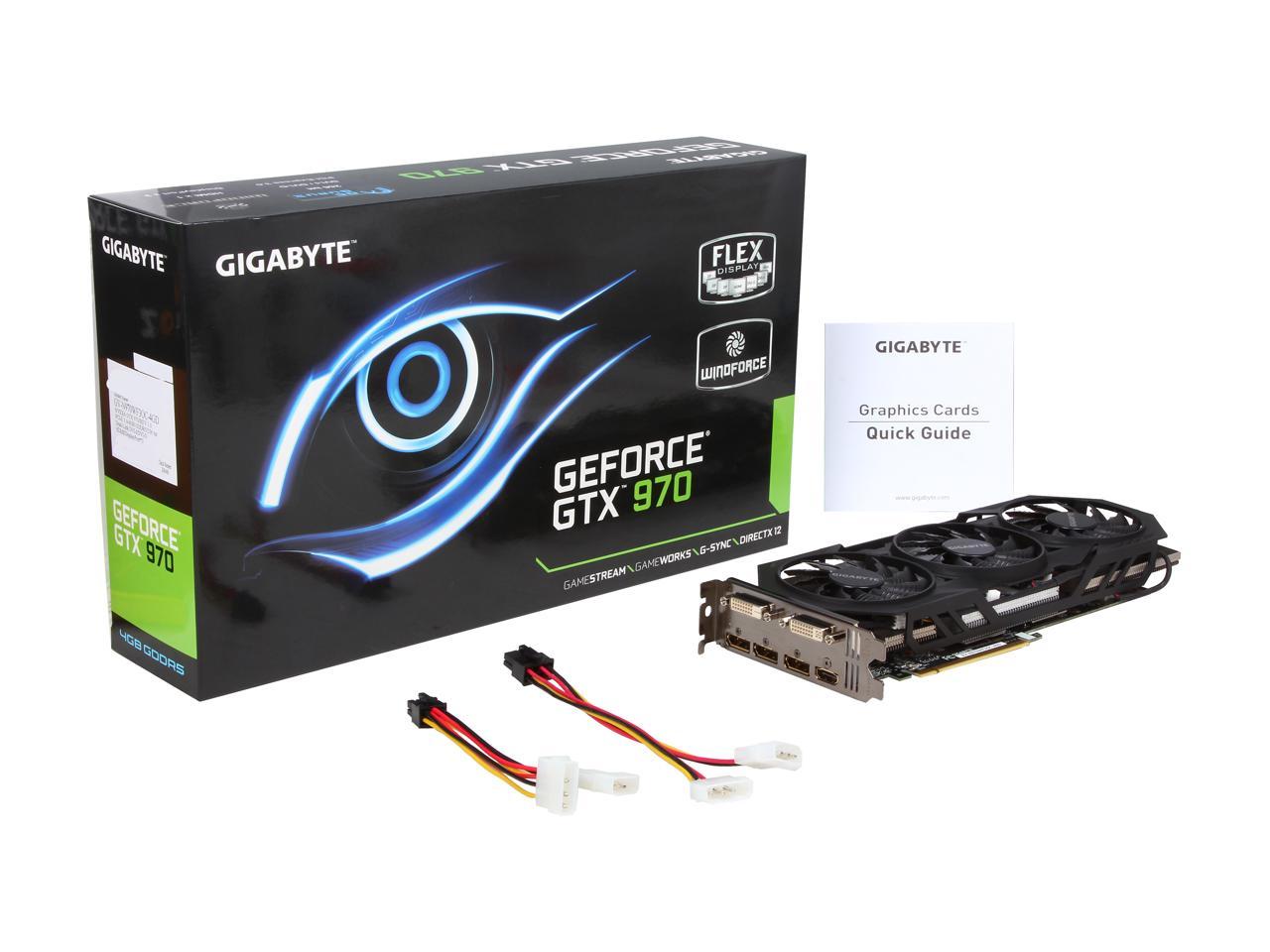 WINDFORCE 3X cooling system is equipped with high performance pure cooper heat-pipes which direct touch the GPU can strengthen the speed of heat dissipation. Besides, the air flow is effectively enhanced by the unique blade fan design, this not only increases the cooling capacity while reducing air turbulence, it also results in a lower noise level.

Cons: -Coil Whine, did not expect it from the Gigabyte cards, when running MSI Kombuster stress test the whine is very noticeable -Unable to use DP cable, black screen after Win logo -Drivers are not mature, very disappointing, see below

Overall Review: After removing existing drivers I installed the card on a Z97 board, boot up into Win no problem. i then installed the latest nVidia drivers, start up the PC and lost signal after Win logo. I then cleared CMOS, tried several older drivers and the same thing, every time I had to swap the new card with an old card to uninstall nVidia drivers. I'm a Newegg EggXpert reviewer and PC power user for nearly 10 years and have reviewed many cards on both AMD and nVidia side and this is the 1st time I had issues with nVidia GPU's, very frustrating. I then changed to HDMI cable, was using a DP cable at first, same issue , I power cycled the PC for about 10 times and then all of a sudden my signal was restored. i was about to RMA the card back to Newegg, if it was not for the non-refund on this particular card I would still do it and get a MSI or Asus card, only exchanges allowed unfortunately. Coil whine was not expected from reading some reviews, looks like I struck it unlucky, very noticeable coil whine when running games or stress tests using MSI Kombuster.

Manufacturer Response:
Dear Customer, Thank you for your comments. We apologize for your difficulty with your GIGABYTE product. Please contact us at newegg-support@gigabyteusa.com with the case number 116136 in the e-mail subject line. We will provide personalized service and analysis to help solve your issue ASAP. If the matter is urgent, please send us your contact number, and we will contact you. GIGABYTE VIP Support Team
Joseph H.
Ownership: 1 day to 1 week
Verified Owner
Amazing Value10/4/2014 9:33:12 PM

Pros: Amazing performance for the cost! This card performs just as good if not better than cards that cost hundreds of dollars more. There is a reason this card is sold out everywhere.. I was lucky enough to snipe one within the few minutes it was in stock. Runs BF4 on Ultra settings and 4x AA @ 1920x1080 144hz in the 60-100+ fps range. It has the 3x Display Port which is great if you are running multiple monitors using 120/144 hz. The OC is an added bonus. Will add another down the road for SLI. Lower power consumption is also a nice feature as you don't need an insane PSU to run SLI setups.

Cons: None so far... eats everything I throw at it.

Overall Review: Overall this is an amazing card. Check the benchmarks in comparison to the 780ti, 980, 290, Titan, etc. and you will see that the 970 is right there with them in performance and costs hundreds less. Should be a no brainer.

Overall Review: I would recommend this over the G1 simply because you can get the same thing out of this card with a good overclock for less money. Some reviews are user errors and they just blame Gigabyte and try to influence people to not purchase their products. I've had a great experience with their graphics cards and not so great experience with their motherboards. But, I understand that I could just be that unlucky guy with the motherboards.

Pros: Card runs very fast and cool, overclocks like a champ and with the overclock is able to easily top my EVGA SC GTX 780, this is my first time overclocking a card and even with the overclock this 970 still runs cooler AND more energy efficient than the 780 I used to run stock. Other's have complained about loud coil whining, mine doesn't seem to have that issue during intense gaming. Will be buying another one of these to SLI but one thing worries me.. see below.

Cons: THE PCB CAME CROOKED! It doesn't line up straight with the fan and I am too scared to try to adjust it in fear of breaking it. Also, a part of the shroud covers the 8 pin connector and I had to push it out the way to power the GPU on. This makes me question Gigabyte's quality control, I really want a second of the same card for a clean look but I fear the next card will either look like this or even be worse.

Overall Review: Other than the maybe ?occasional? bent looking PCB people might be getting sent, everything else about this card is excellent especially for the price. I really wanted to give the card 3 eggs instead of 4 because the bend really upset me upon opening my box but it's overall raw performance and great overclock-ability have won me over. Note to Gigabyte : If I buy another one of these, please try not to send me one that looked like this lol

Pros: THIS CARD IS JUST GREAT . I HAVE NO COMPLAIN . PRETTY MUCH EVERY GAMES OUT THERE CAN PLAY ON ULTRA SETTINGS . THIS GIGABYTE GTX 970 PUT THE NEXT -GEN CONSOLES ON SHAME . ALSO KEEP IN MIND THAT IN ORDER TO GET A SMOOT GAMING EXPERIENCE YOU NEED A G-SYNC MONITOR AND THIS GRAPHICS CARD IS G-SYNC COMPATIBLE.YOU ARE MISSING THE PARTY IF YOU DO NOT HAVE A G-SYNC MONITOR.

Overall Review: I AM THINKING TO BUY ANOTHER ONE TO MAKE IT SLI .

Overall Review: I upgraded from an AMD 7970 and I did not expect how massive of an upgrade this thing would be. This monster of a card has quite a bit of room for overclocking and is capable of running on par with a stock GTX 980 which is about $200 more. At 1500 mhz core clock, the temp hasn't gone higher than 66 celsius while gaming and I have not touched fan settings. Could not be happier with my purchase.

Pros: The card was surprisingly light. Compared to my previous Sapphire 6950, this card is much lighter, thinner, but longer. Fans at 100% are quieter than my 6950 (which was very quiet compared to 7950 I tried to upgrade to) at 60%, which is very quiet. I tend to keep my pc on at night, and the noise level is barely there anymore. I thought about getting MSI or Asus 970 because of passive cooling at low end, but if the 38% fan speed at idle is this quiet, it'll do. This card heats up to about 72c under heavy load, but the fan only reaches up to 68% according to gpu-z and msi afterburner. if I manually turn up the fan to 100%, 63c at load.

Cons: Unlike G.1 Gaming brother, this card only features 2 copper pipes going through the fins instead of 4 in G1 gaming. I don't know if this was done to reduce weight or cost, but since I don't have g1, I don't know how much it hurts the temperatures. While the fan covers look similar, this is made with thin plastic. No LED logo (which is a plus to me, but could be minus to others), and lacks backplate. Once again, I feel like this card is more reasonable way to cut cost and weight of the card, but can't help but to feel a bit cheated on since there is only $20 in difference, and had I know, I'd definitely waited for g.1's stock availability. The card is very long. I had to re-arrange some cages and wires to fit in my case, but nothing a mid tower shouldn't handle.

Overall Review: I'm starting to notice high pitch buzz coming from the card under heavy load at extended period of time, which is a bit bothersome, but either I'm getting used to the noise, or the noise is phasing out with some use.

Pros: Great frame rates at a fair higher price to performance ratio. I've been running two of these with SLI and it runs FarCry 4 at 1440p with settings on ultra no problem. Even with just one card it did 1440p with most options on ultra (shadows, environment and water on high) and still got around 50-60 fps.

Overall Review: I think 2 of these was a bit of overkill, I think next time I do a 2 card system I'll go with a slightly lower price point. I forgive the spec memory lies because it performs well and stays cool.