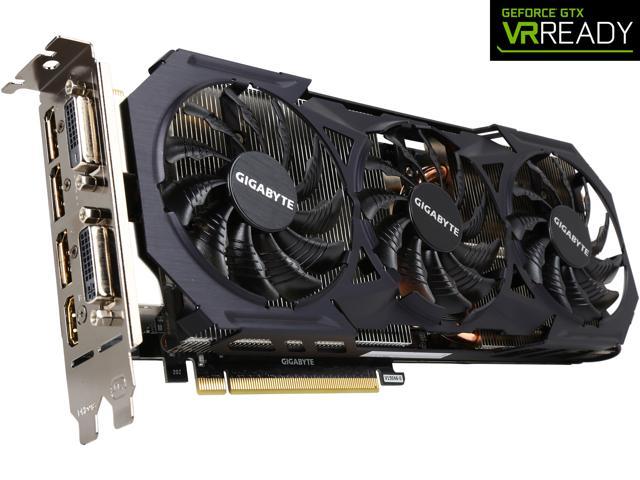 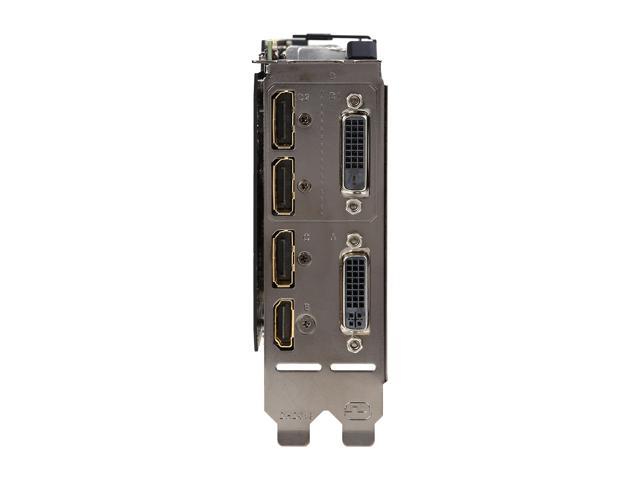 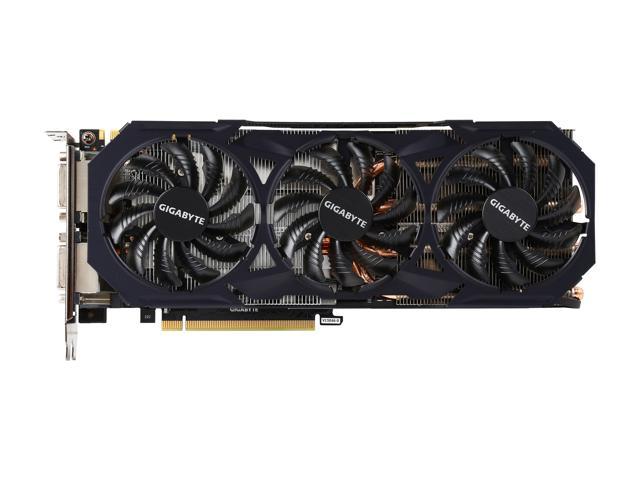 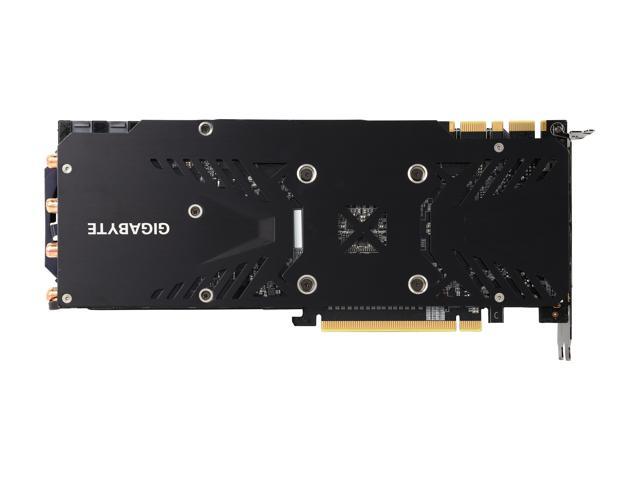 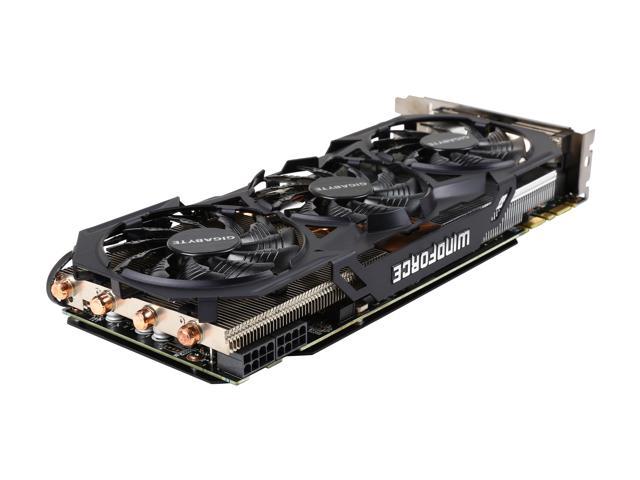 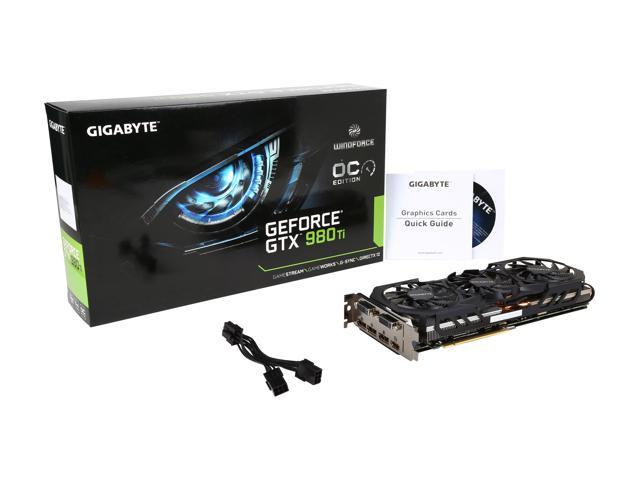 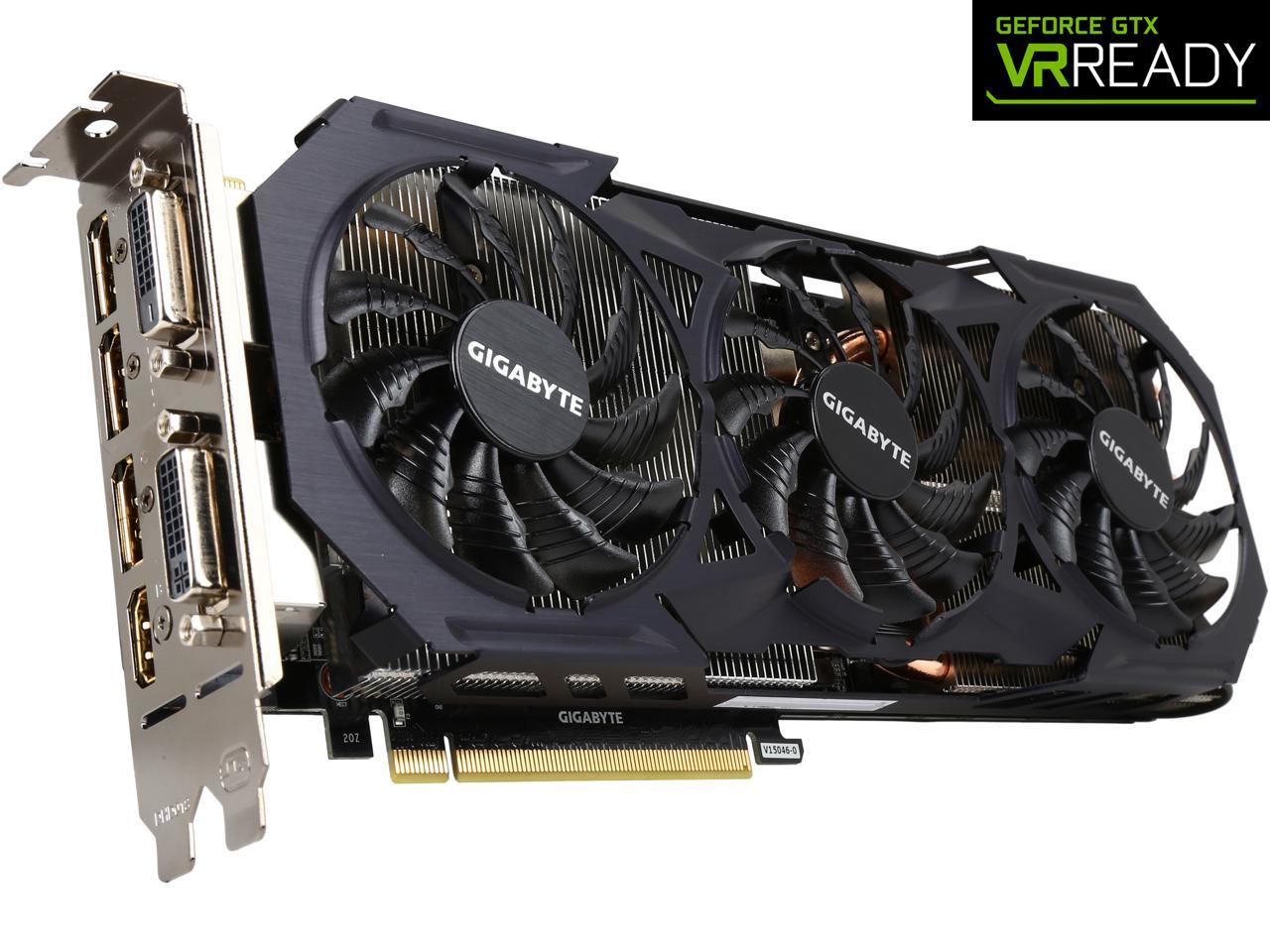 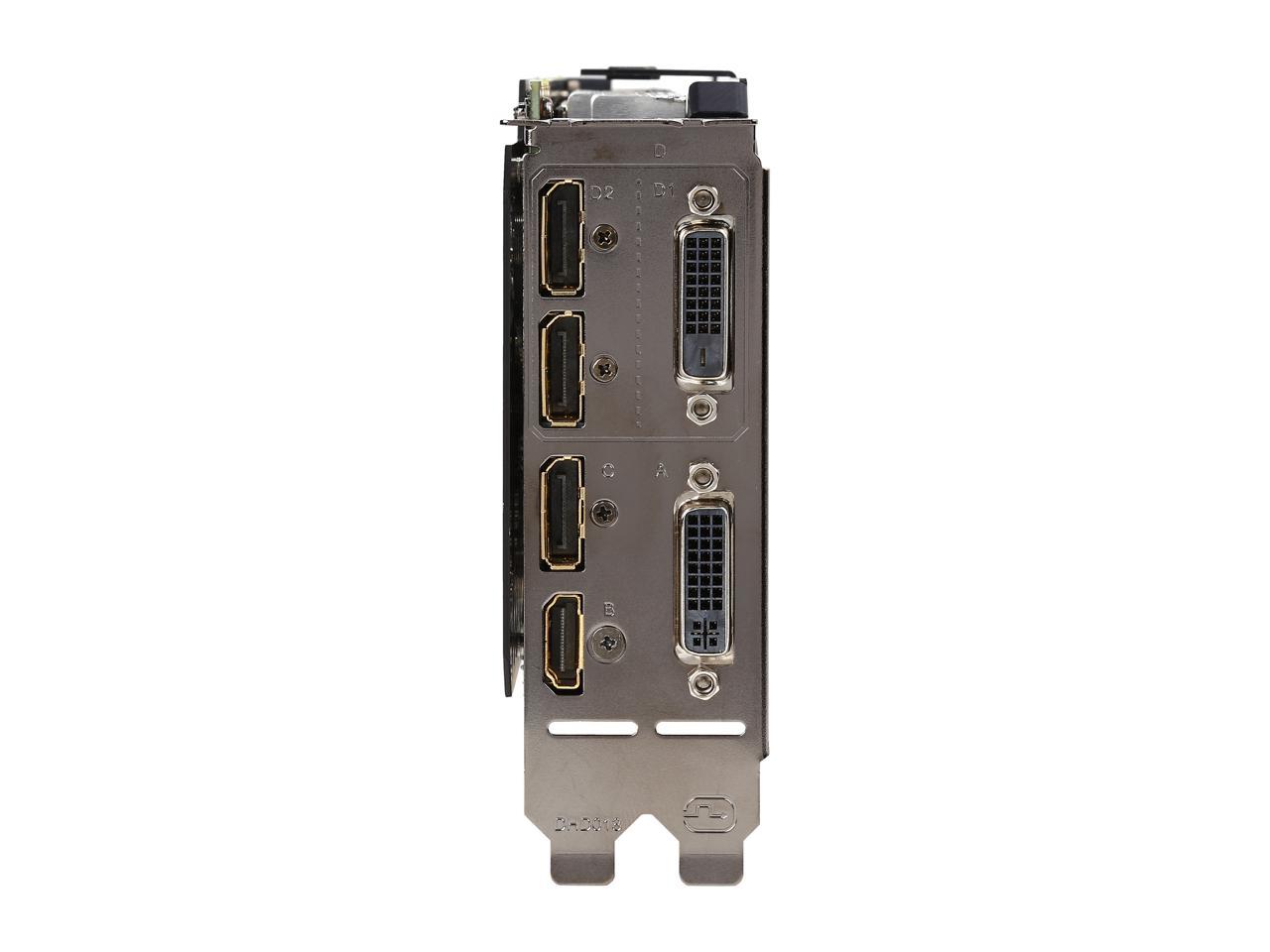 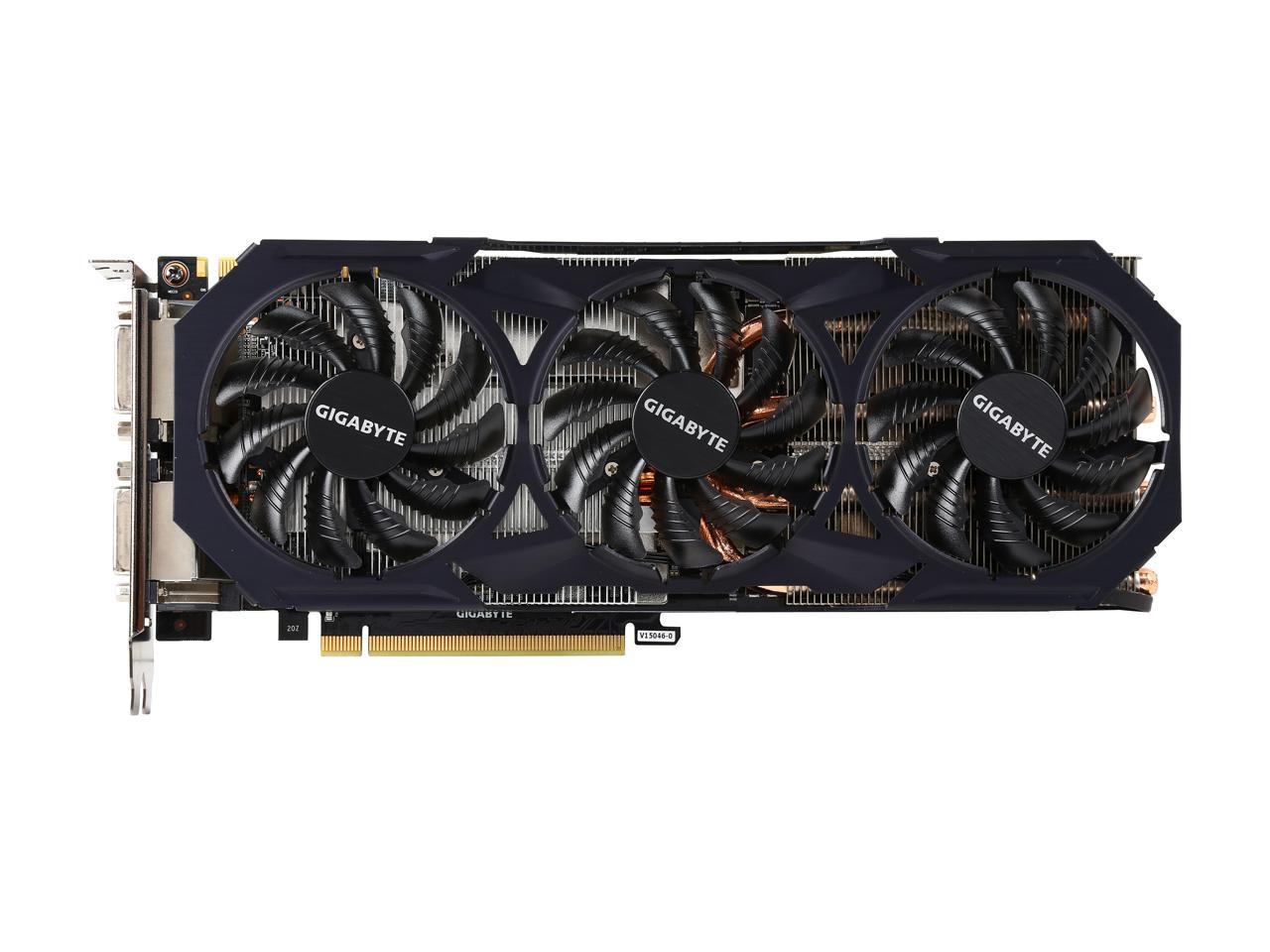 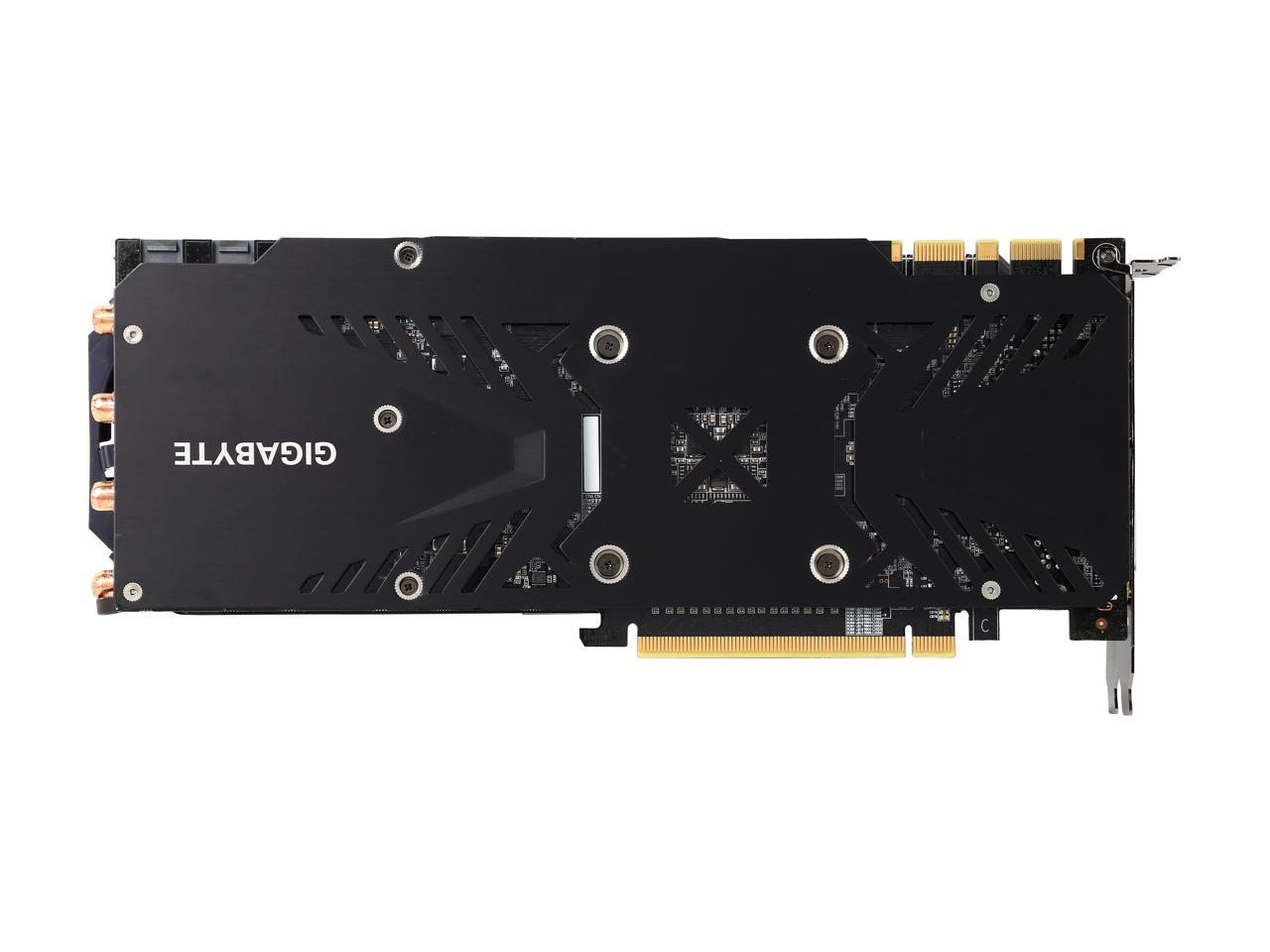 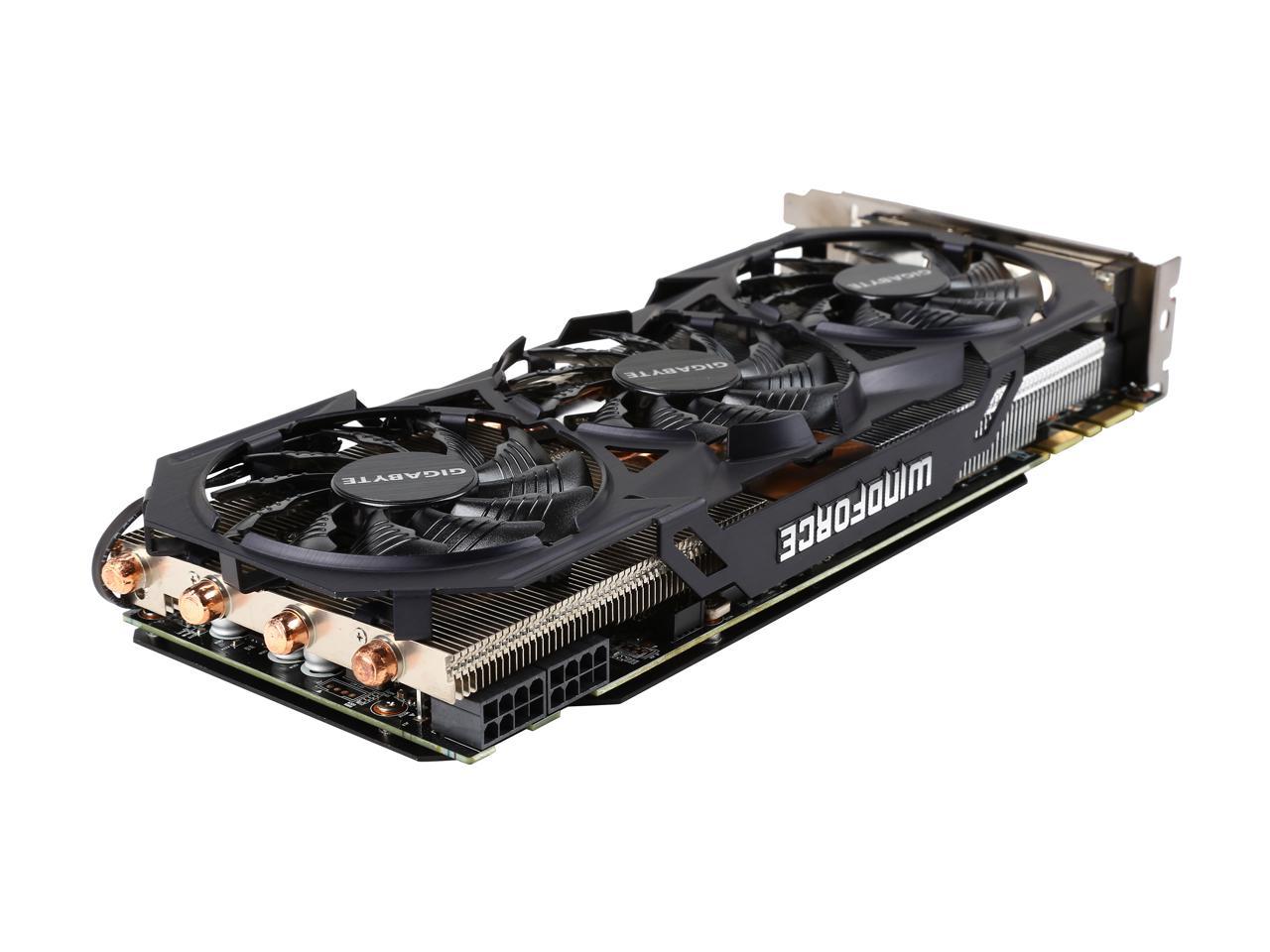 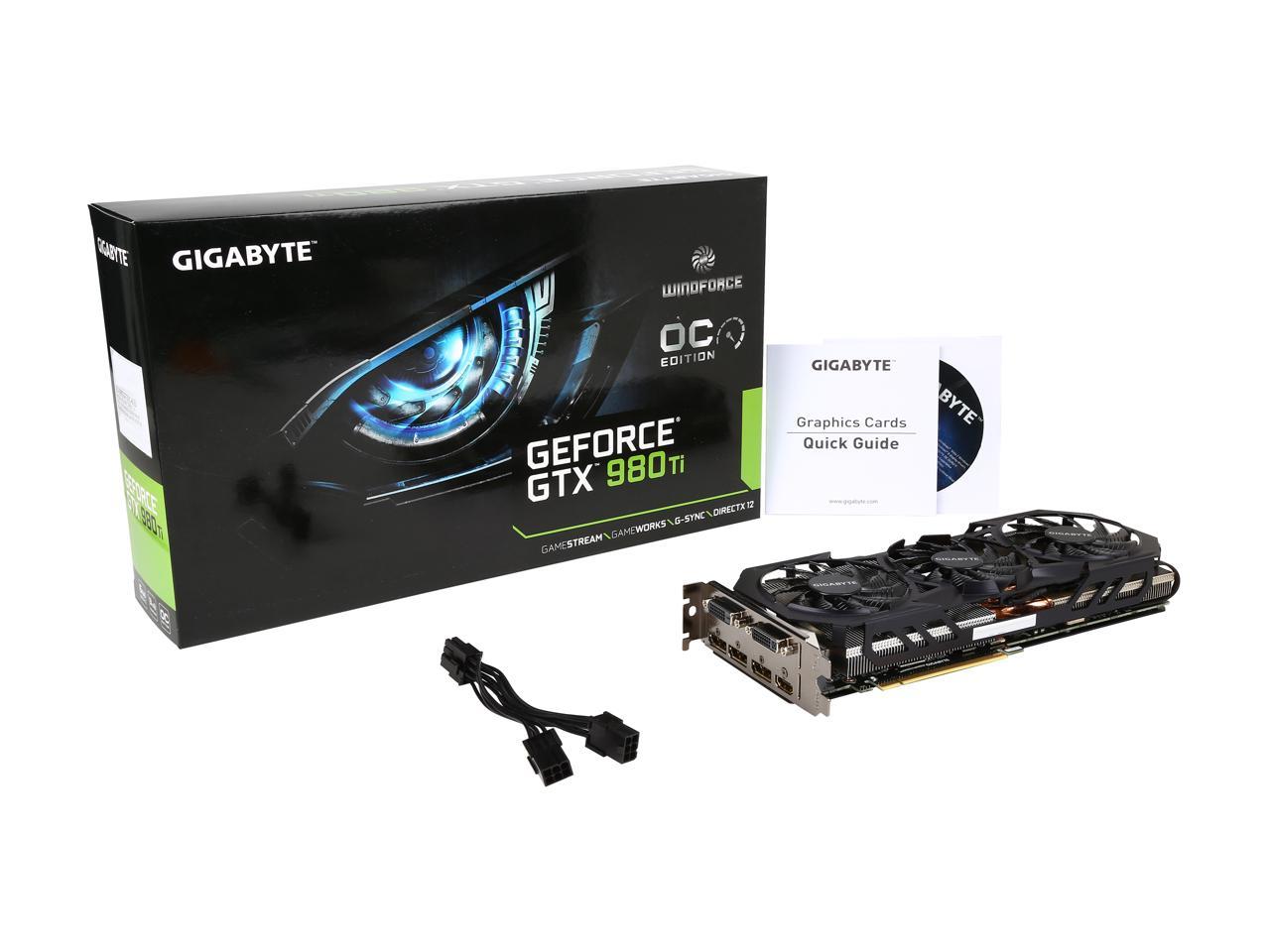 WINDFORCE 3X cooling system is equipped with high performance pure copper heat-pipes which direct touch the GPU can strengthen the speed of heat dissipation. Besides, the air flow is effectively enhanced by the unique blade fan design, this not only increase the cooling capacity while reducing air turbulence but also results a lower noise level. WINDFORCE 3X cooling system is equipped with high performance pure cooper heat-pipes which direct touch the GPU can strengthen the speed of heat dissipation. Besides, the air flow is effectively enhanced by the unique blade fan design, this not only increase the cooling capacity while reducing air turbulence but also results a lower noise level. Ultra Durable VGA board provides dramatic cooling effect on lowering both GPU and memory temperature by doubling the copper inner layer of PCB. Brand-new intuitive user interface helps you easily modify important settings and directly update driver and BIOS. Clock speeds, voltage, fan performance, and OSD setting can be monitored and tuned in real-time according to your own preference.

Learn more about the GIGABYTE GV-N98TWF3OC-6GD

Pros: It's one of the cheaper cards on market its capable of 4K on medium setting or better (pending on game) decent overall value

Cons: overclocking, I can get the card to hang around 1450(gpu) outside of benchmarks. some of my problems I know come from win10 drivers but still. when the fans ramp up to 70% load I have flash back of 80mm fans going the distance. The backplate pulls allot of heat but also holds onto it, would have been nice to see mild grooves for heat dissipation. but to be fair I haven't seen any vendor do anything like that.

Overall Review: I use a 540 AIR with 4 120mm fans and a 140mm for my AIO, two intake and two are top venting. the amount of outright hot to the feel air venting out of the top of my case actually surprised me. I wasn't expecting it to be a low heat card but in the same right didn't expect that much heat generation either. Just realize you're getting a card that gets pretty toasty and have the air volume to keep it cool(ish). Also keep in mind that the backplate gets really hot as well, you might not want to put your PCI-E ssd above it (if your board has a x4 there)

Overall Review: * when I benchmarked with shadow of mordor, the fans were doing hell of a blow, noisy like if an airplane was going to crash on my house. Turned everything of, got the card out, looked if a cable wasn't in the fan's way and it was actually the case. Tried the same thing after, and no problem at all. The only thing is that passed 60% fan speed will be noisy; if you have a good pc cooling, put your gpu on manual and set the fans on 40-50% speed.

Pros: Very effective cooler- Temps never exceed 75 degrees in games, with an aggressive overclock applied. Amazing Performance- Runs all games I throw at it without any problems. 1440p ultra settings is a non-issue for this card (for the time being)

Overall Review: If you have the money, and pixels to drive, you can't go wrong with this card. Top tier performance for high-end GTX 980 price.

Pros: Runs at clock speeds as stated on the box. After a few benchmarks no complaints with performance, you get what you pay for. Stays cool even on limited case active cooling (only two case fans at the moment).

Cons: You can hear coil wine. It is not terrible, but take into consideration I've always run 6 to 8 fans (120mm) at max RPMs in my systems -- they sounded sort of like a jet warming up; so I am fairly use to loud systems. This one is quiet by comparison, but I now see what other reviewers have commented on with this particular GPU. If this system was sitting on the floor I might not even hear the whine of the fans -- but as is it's on the desk about a foot and a half from me.

Overall Review: If it get's worse it's going back. But as is, not a real issue.

Pros: -It ran nice and cool in my well-ventilated tower.<br>-About doubled (at least, sometimes more) my fps compared to the GTX 670 it replaced.

Cons: -It stopped working. No graphic artifacts or anything like that...it started taking at least 3 restarts before windows would boot.<br>-I was on the verge of replacing my mobo & CPU (which, it turns out, would have only been throwing good money after bad). I instead (after checking my RAM and using an old PSU) re-installed that old GTX 670 and the computer booted without hesitation.

Overall Review: -In the process of RMAing this card, and I hope the replacement works longer. I have used GIGABYTE motherboards for years, but this was the first videocard. I am not likely to choose another by this company if this is not resolved satisfactorily.<br>-If the replacement also has issues I will knocked this down another egg, but if I get a good one that works I will bump it up by 2 because it really was a nice card when it was working. EDIT 5/26: I received the same card back after Gigabyte technicians were unable to find a problem with the card. Long and frustrating story short, I updated the MB BIOS and it works flawlessly now. If only the Gigabyte technician on the phone had thought to ask me to check that, I could have saved a lot of time and effort. I'll bump it up as I said, its a good card. Just check your BIOS!

Overall Review: so powerful... overclocking this nets a gpu upgrade, the results at 1440p are fantastic

Pros: Will play any game I own on high settings in 4k.

Overall Review: If your not going to play with multiple computer monitors on 1080p or use a 4k monitor this card is going to be overkill.