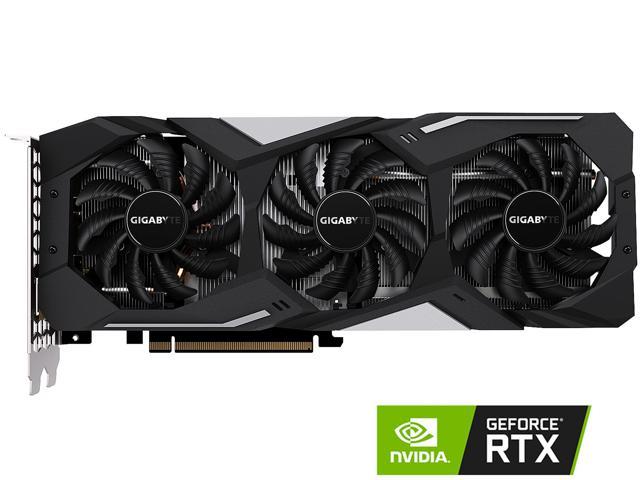 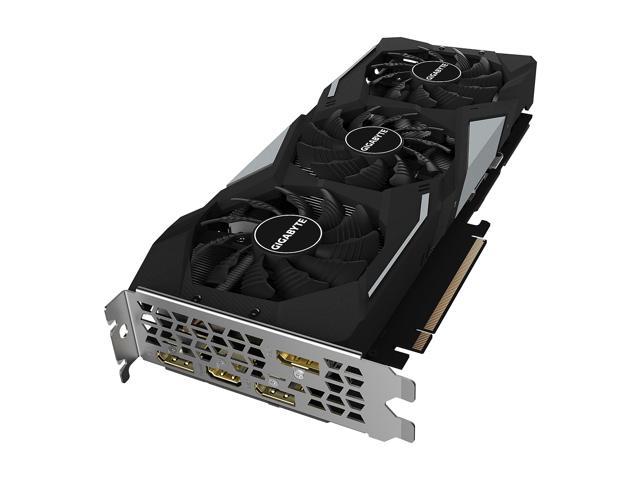 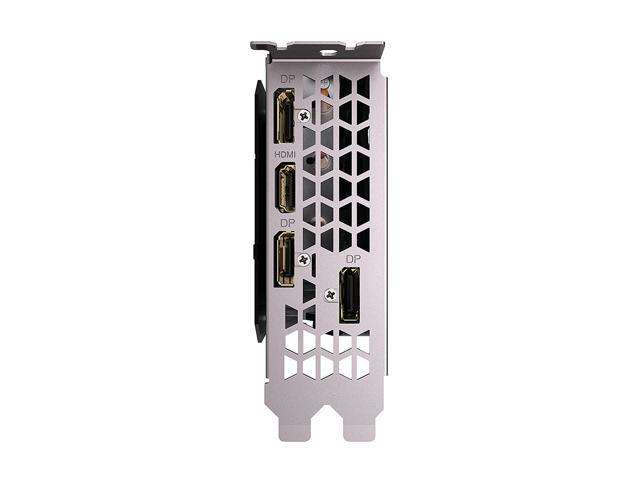 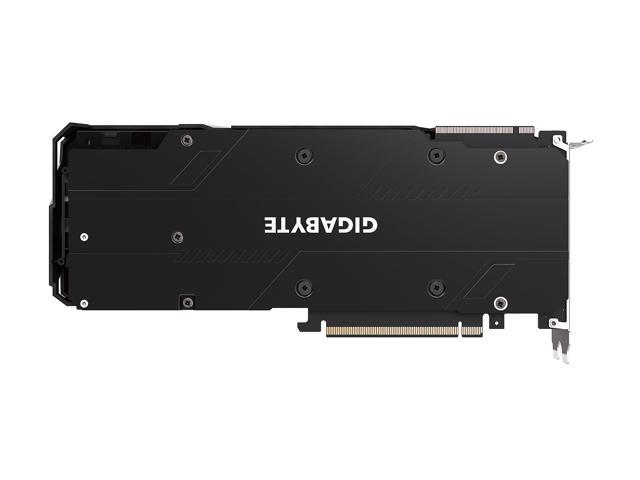 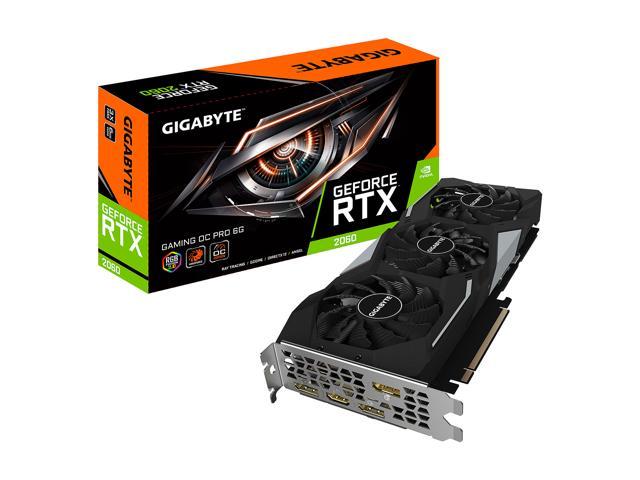 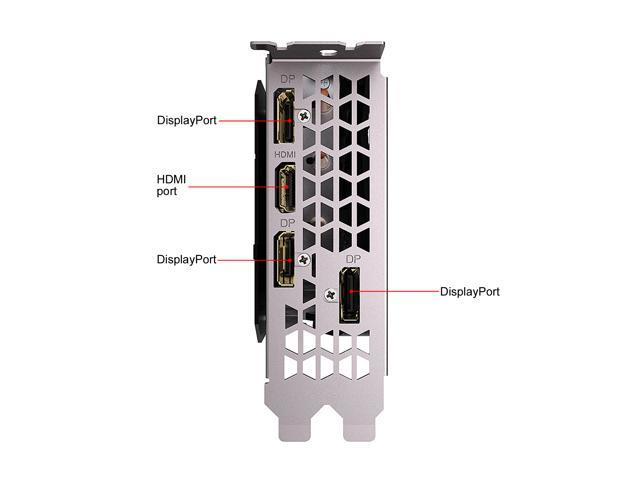 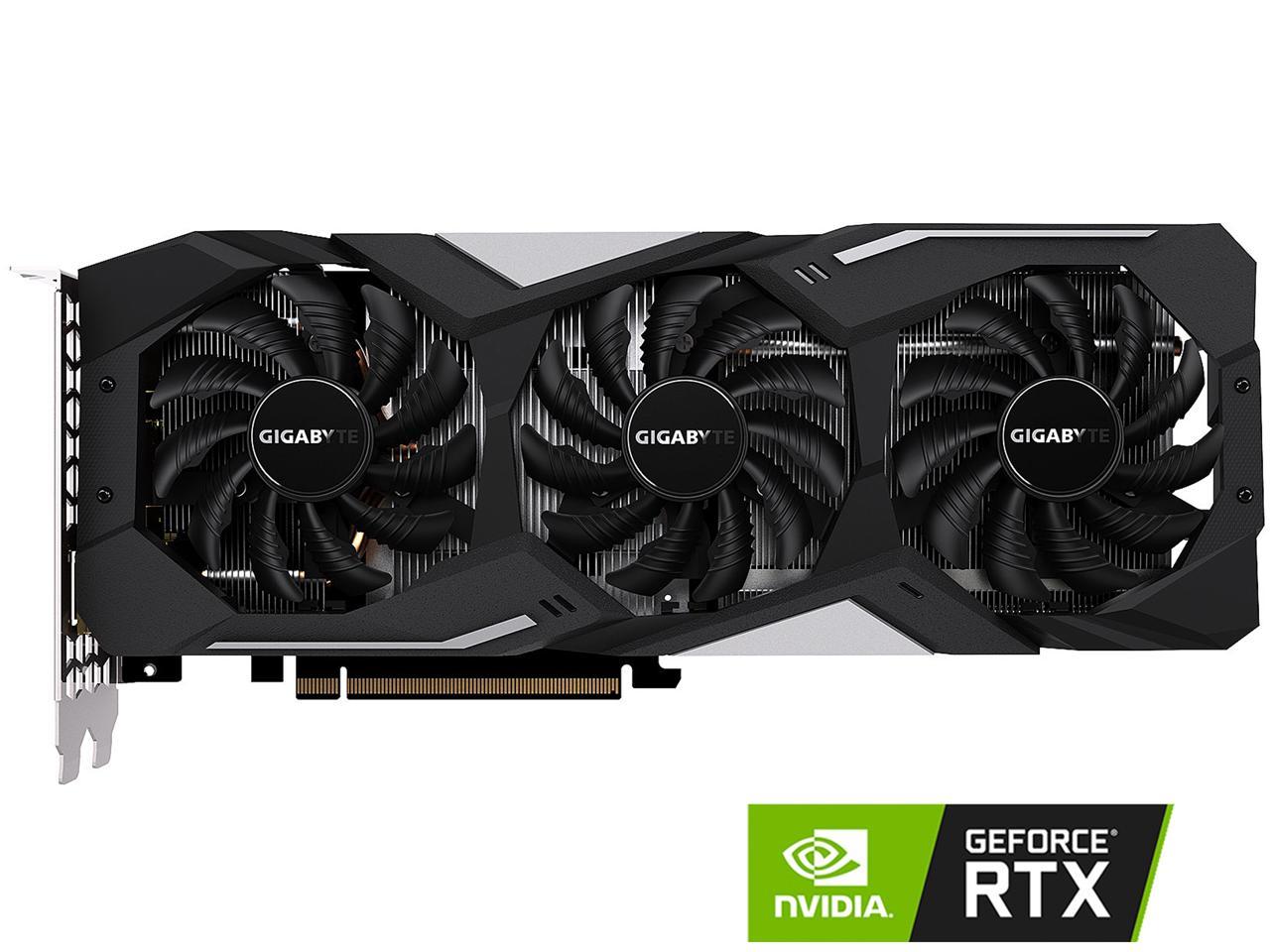 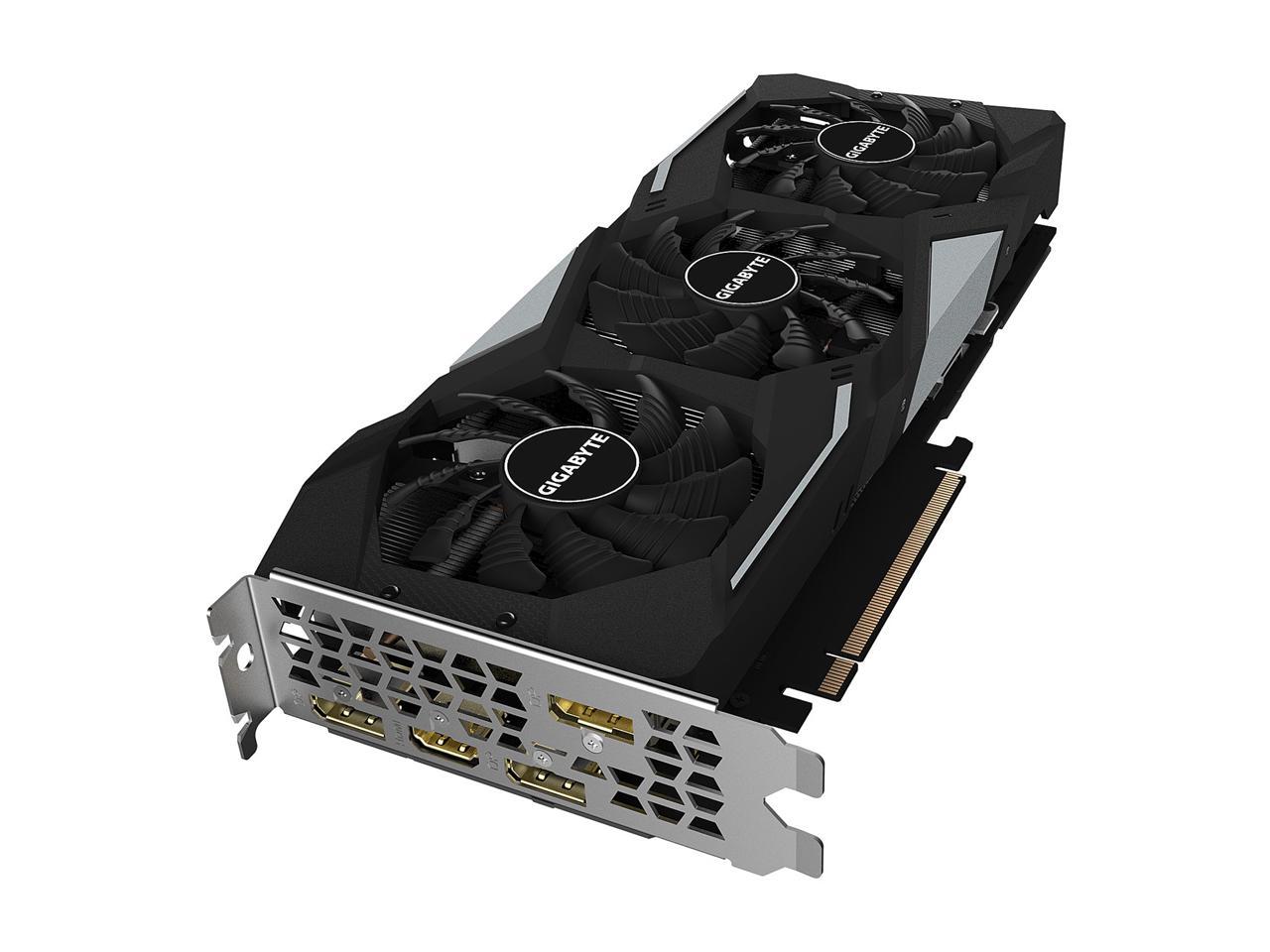 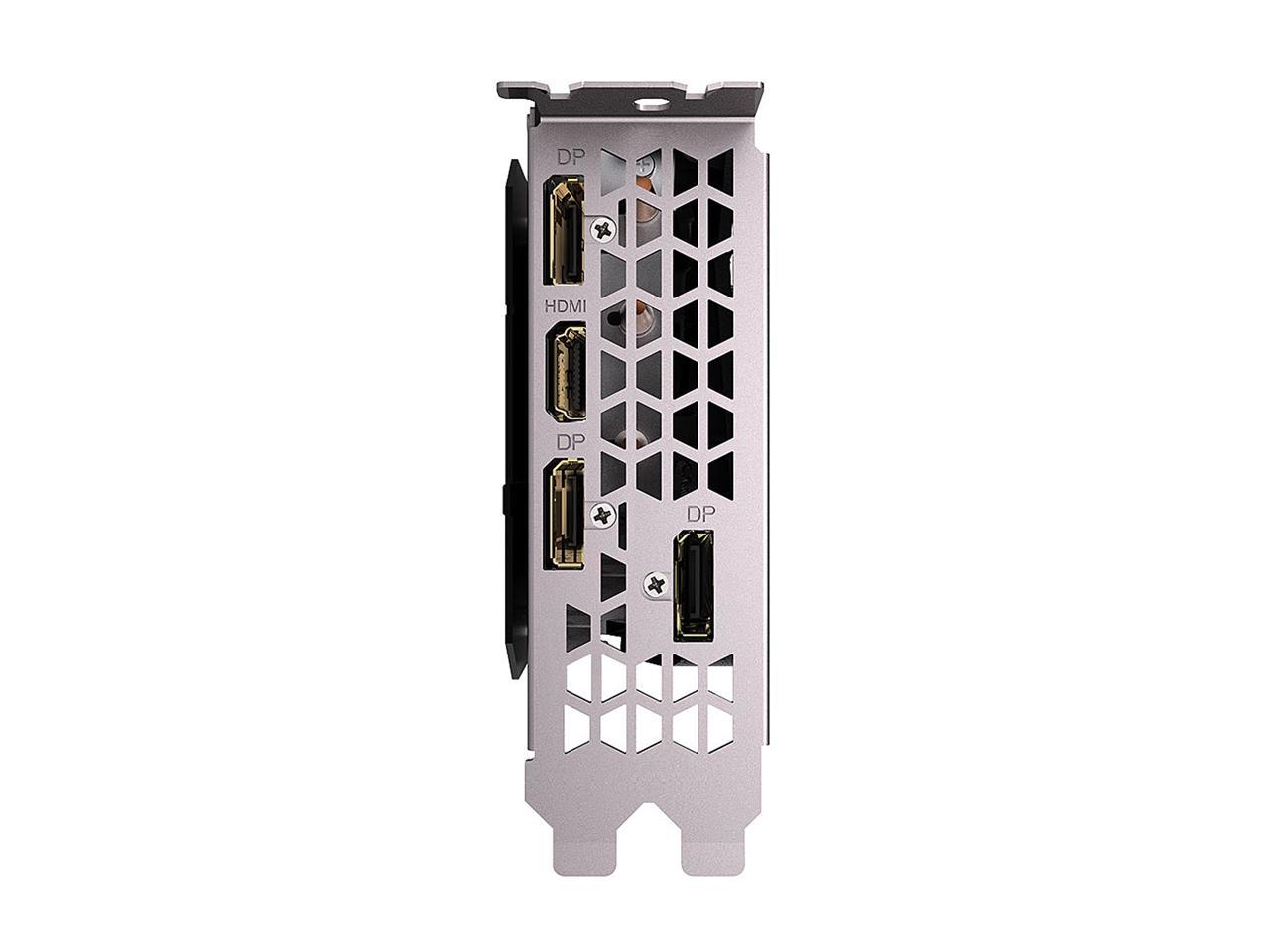 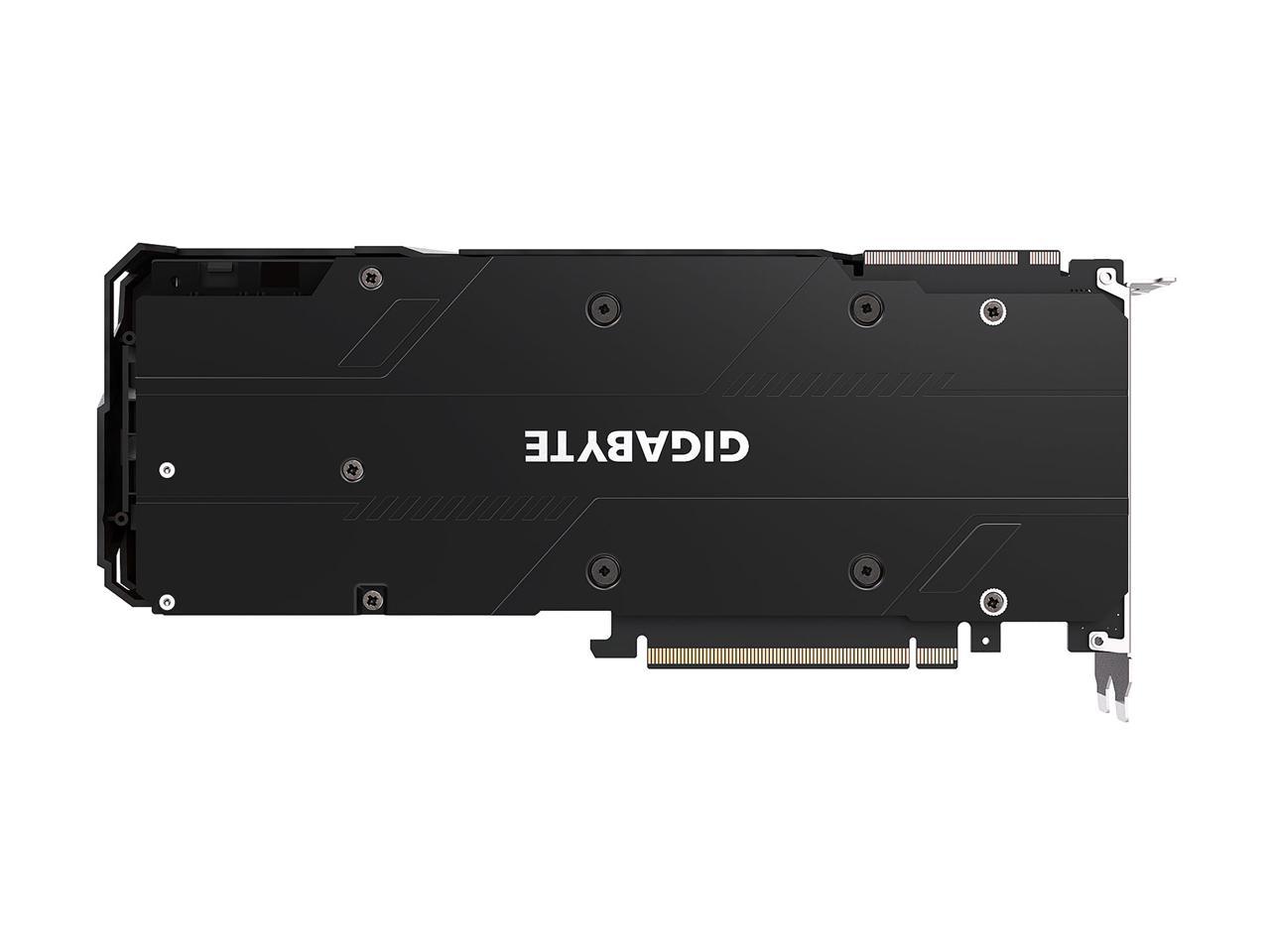 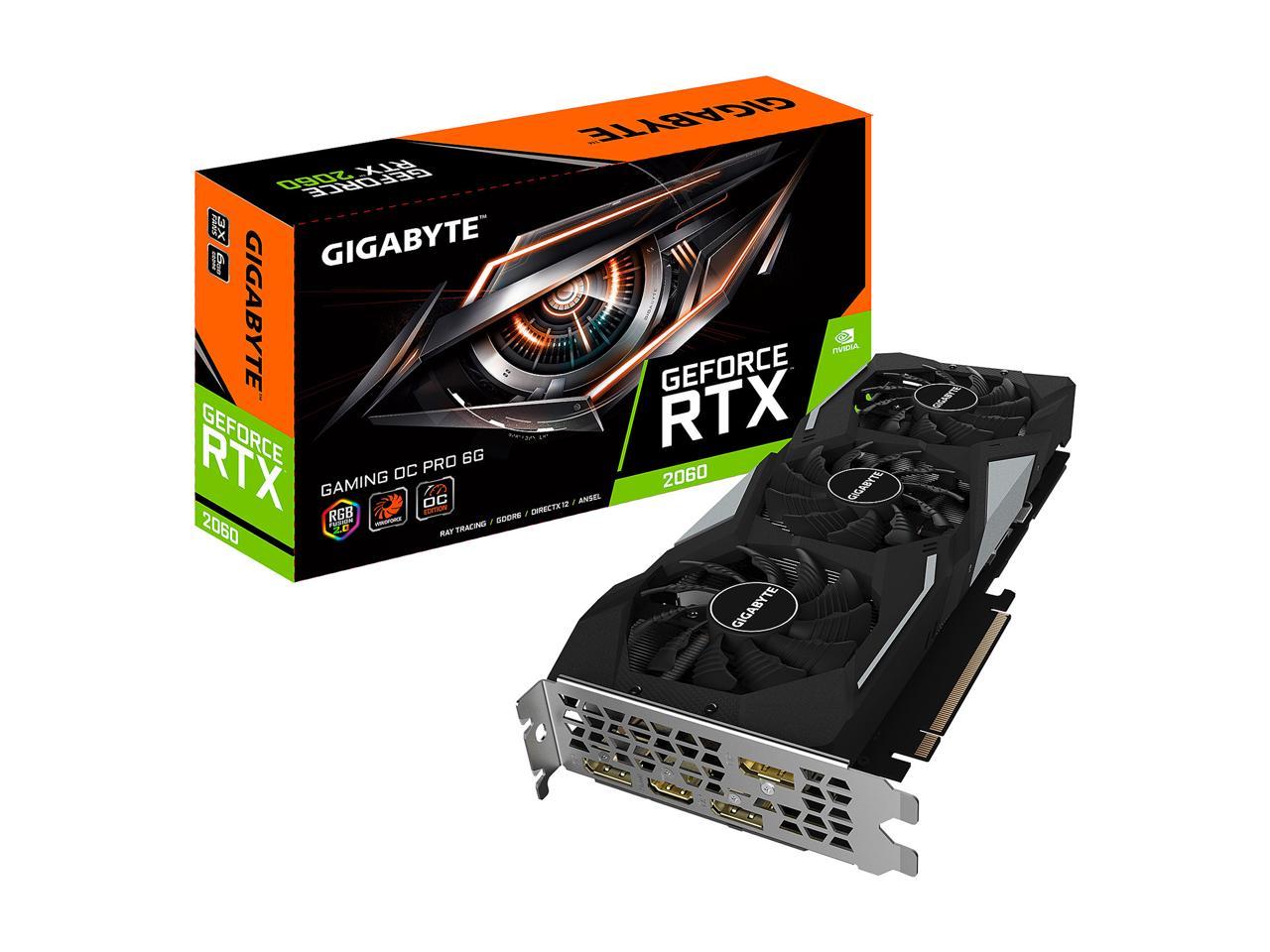 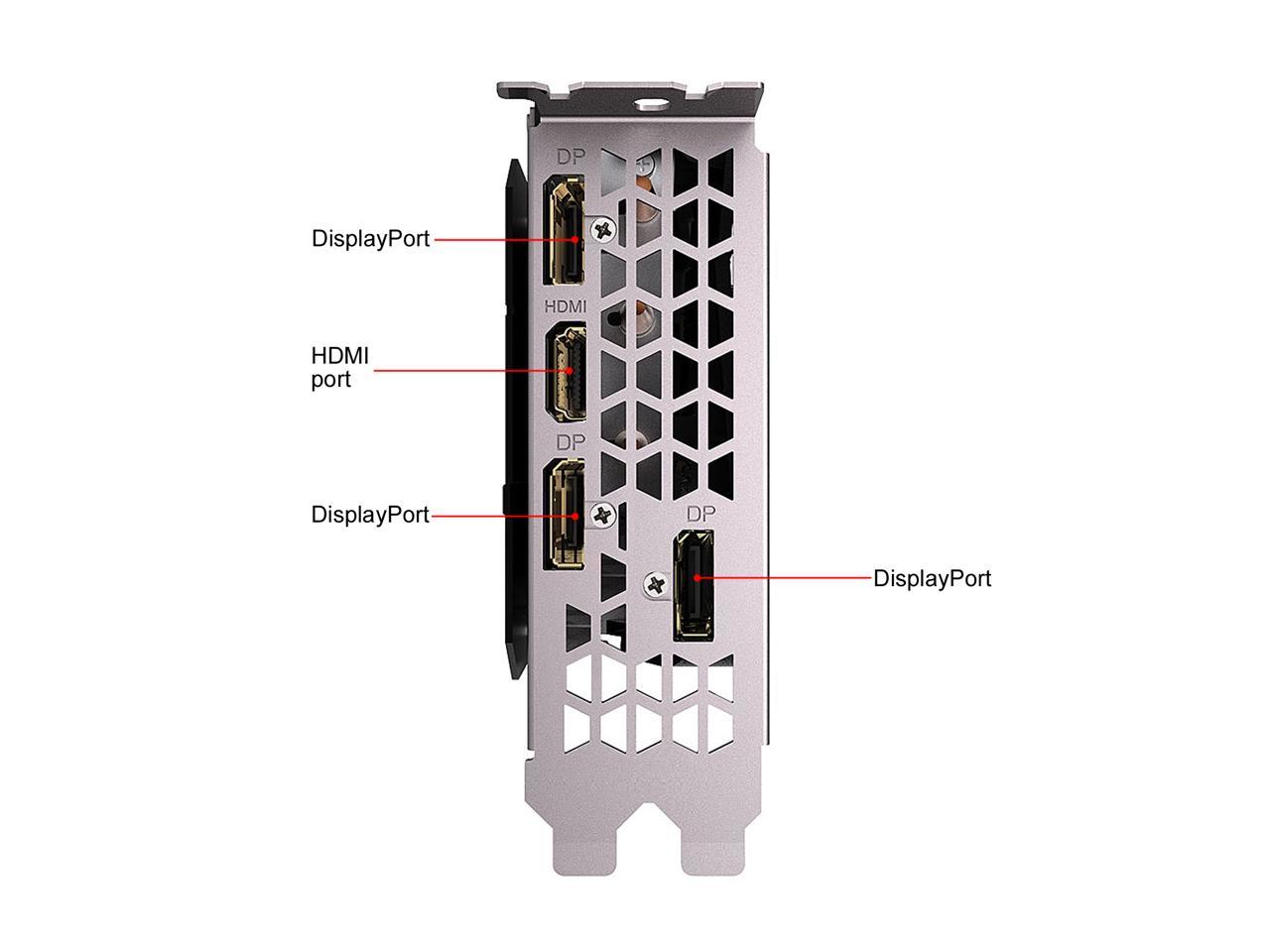 This revolutionary architecture, combined with our all-new GeForce® RTX platform, fuses together real-time ray tracing, artificial intelligence and programmable shading. You've never created and enjoyed games like this before. Get the latest NVIDIA GameWorks™ technologies for smooth gameplay, cinematic experiences and revolutionary 360-degree image capture—even in VR. Plus, now you'll have the performance to drive the latest display technologies, including VR, ultra-high-resolutions and multiple monitors. The GIGABYTE-patented “Alternate Spinning” is the only solution for properly handling the turbulent airflow of three fans. The biggest problem with utilizing three fans is turbulence. Since the fans rotate in the same direction, the airflow direction moves oppositely between the fans. This causes turbulent airflow and reduces heat-dissipation efficiency. GIGABYTE turns the middle fan in the opposite direction so that the airflow direction between the two fans becomes the same, reducing turbulence and enhancing airflow pressure. This card's airflow is spilt by triangulated fan edges that guide everything smoothly through the 3D-stripe curves on each fan's surface, effectively enhancing overall airflow. The 3D Active Fan provides semi-passive cooling so the other fans will remain off when the GPU is in a low load or low-power game. It allows gamers to enjoy gameplay in complete silence when the system is running light or idle. The LED fan indicator on the top of the graphics card provides an instant display of the fan status. The shape of each pure-copper heat pipe maximizes the direct contact area with the GPU, ultimately enhancing heat transfer. Each heat pipe also covers the VRAM through a large metal plate contact to ensure proper cooling. With 16.7M customizable color options and numerous lighting options, you can choose unique lighting effects or synchronize with other AORUS devices. This graphics card uses an 6+2 power-phase design to allow the MOSFET to operate at lower temperatures. The over-temperature protection design and load balancing for each MOSFET, plus the Ultra Durable certified chokes and capacitors provide excellent performance and longer system life. (Reference card is 4+2 power phase). Be alert whenever PCI-E voltage is unstable with the smart-power LED indicators. When experiencing any power abnormality, the indicator will alert gamers by flashing light. The metal backplate provides a refined aesthetical shape and also enhances the structure of the graphics card to provide complete protection.

The interface and functionality of the software are subject to each model but provide more settings options than you'll know what to do with.

Cons: Huge power sink - adds about 175W to my power load. Need a lot of cooling to keep the case temp down. Card is huge, needs a full-size case to fit lengthwise, and it takes up a lot of width too. If you need access to adjacent PCIe slots, you might struggle.

Overall Review: Bought this to update my system to play Borderlands3, which it does well. It sits at that sweet spot between $$$ and game play. Card itself is well made, no lose wires or capacitors sticking out. NVidia drivers work well, and GeForce experience app is a good way to tune app settings to match the performance of the card. Pretty happy with my purchase

Cons: none for how positive the upgrade was

Overall Review: Upgraded from an R9 290, great card worth every penny.

Pros: Worth every penny A really powerful gpu for this price Ray tracing tech is AMAZING Everything is AMAZING Cooling is very good

Cons: Cannot control RGB with MSI Mystic Light, or apparently any other software except Fusion/Aorus. (Can't bring myself to deduct an egg, but this information is important to some shoppers.)

Overall Review: Outstanding design overall. One of the best RTX 2060 models. Can we just end this war for RGB control?! Share the LEDs please. Being versatile is likely to increases sales of your product.

Cons: Had some issues with Nvidia game ready drivers, switched to a Studio driver which corrected my choppy fps issue. To enable RTX in supported games means you need to lower settings to medium/high to get playable 60+fps. Not sure if seeing SOME reflections is worth that hit to performance. The architecture is quite a bit different from previous cards, meaning newer games (which are usually improved visually) run fantastic while older games tend to perform a bit worse. Example: Ultra settings in Forza Horizon 3 = 90ish fps. Forza Horizon 4 = 120ish fps with same settings.

Overall Review: I would recommend this card to everyone, youre buying for the future, even if rtx is very limited in its games, this card still crushes frames

Pros: Runs all my games and the smart fan features keep the card cool without all the extra sound.

Cons: RGB Fusion is not great. In order to keep the color synced up with the motherboard it flashes once every cycle. I ended up keeping it the Nvidia green, though I was excited to sync it up with the color cycle of the motherboard. I would go with a different RGB provider if I could do it all again. Great hardware but their software needs a bit of work.

Pros: this is a great GPU, i had trouble running a good chunk of my gaming library before the upgrade. i Had a HD6970 2G GDDR5 Saphirre Dual-X before that. It runs smoothly and silently, no complaints.

Cons: Your printer is definitely broken, it keeps erasing half of the second line of the adress. i had to contact the delivery man by phone for the second time to get them to find me. it is also happening with my latest purchase, wich is plainly irritating. i had to shorten my adress to a point where it sounds like i am a toddler to make it fit in the first line. i am sure i am not the only one who had this issue by now.

Overall Review: Recommend 10/10 for anyone on a budget.