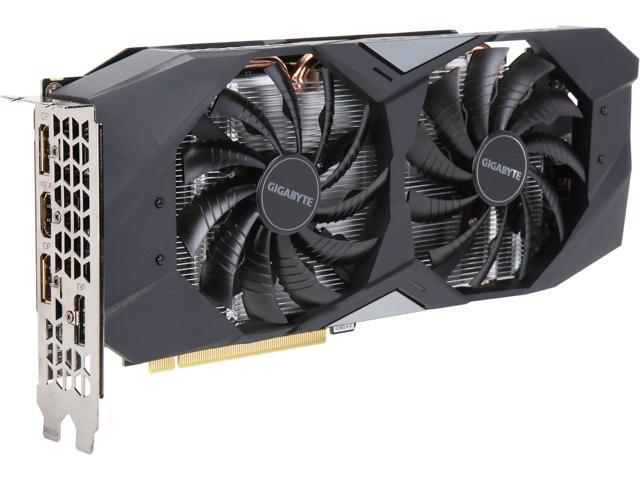 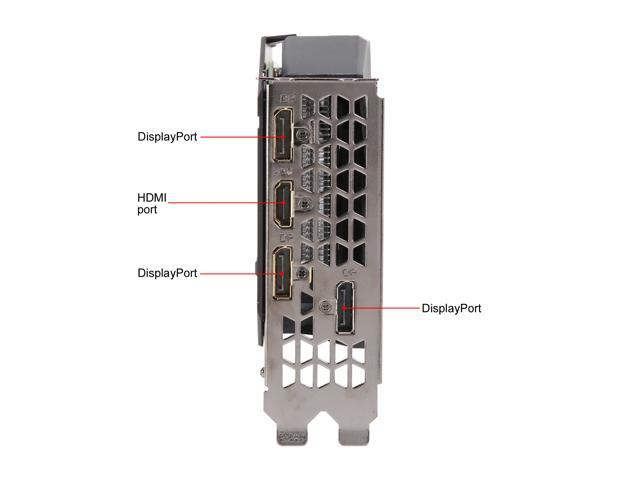 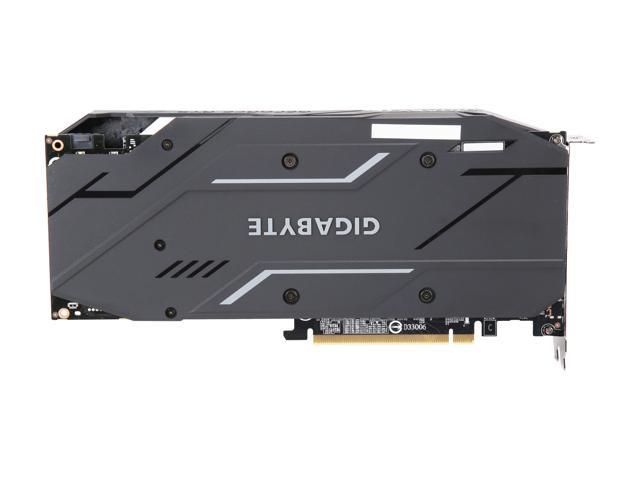 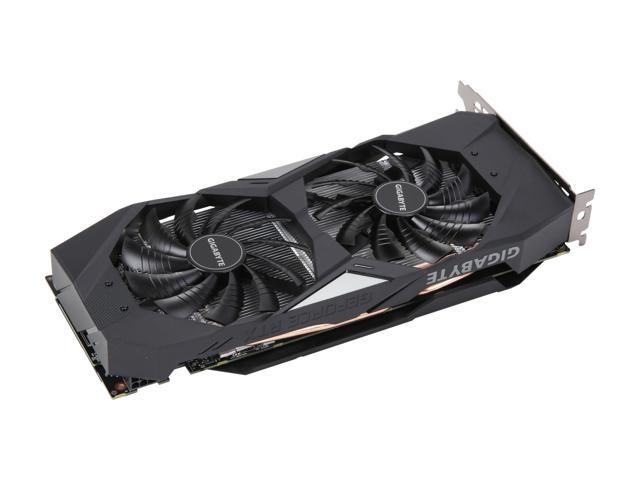 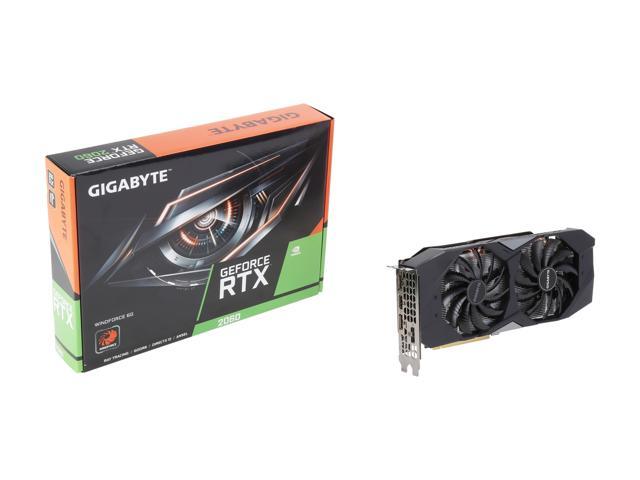 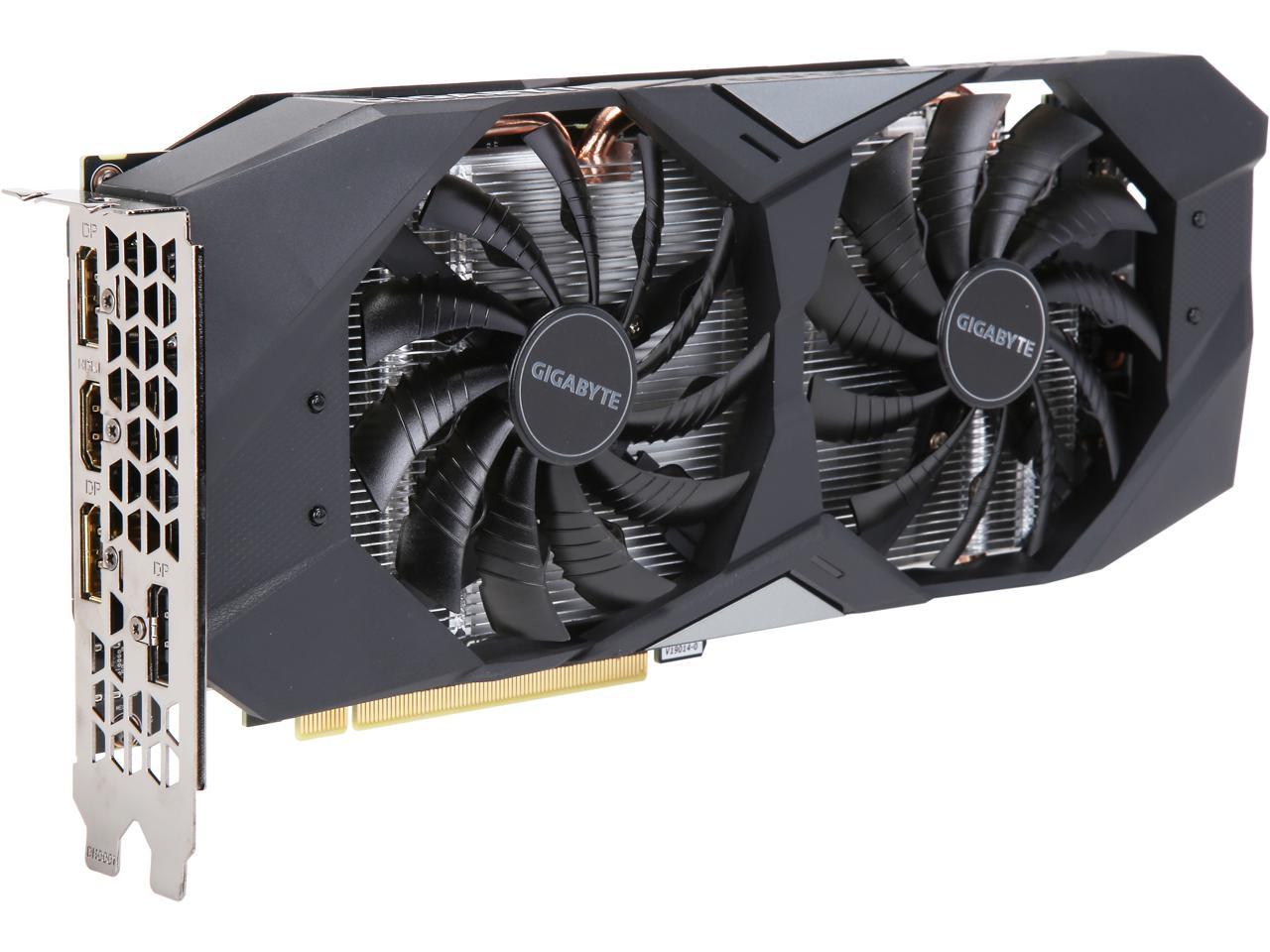 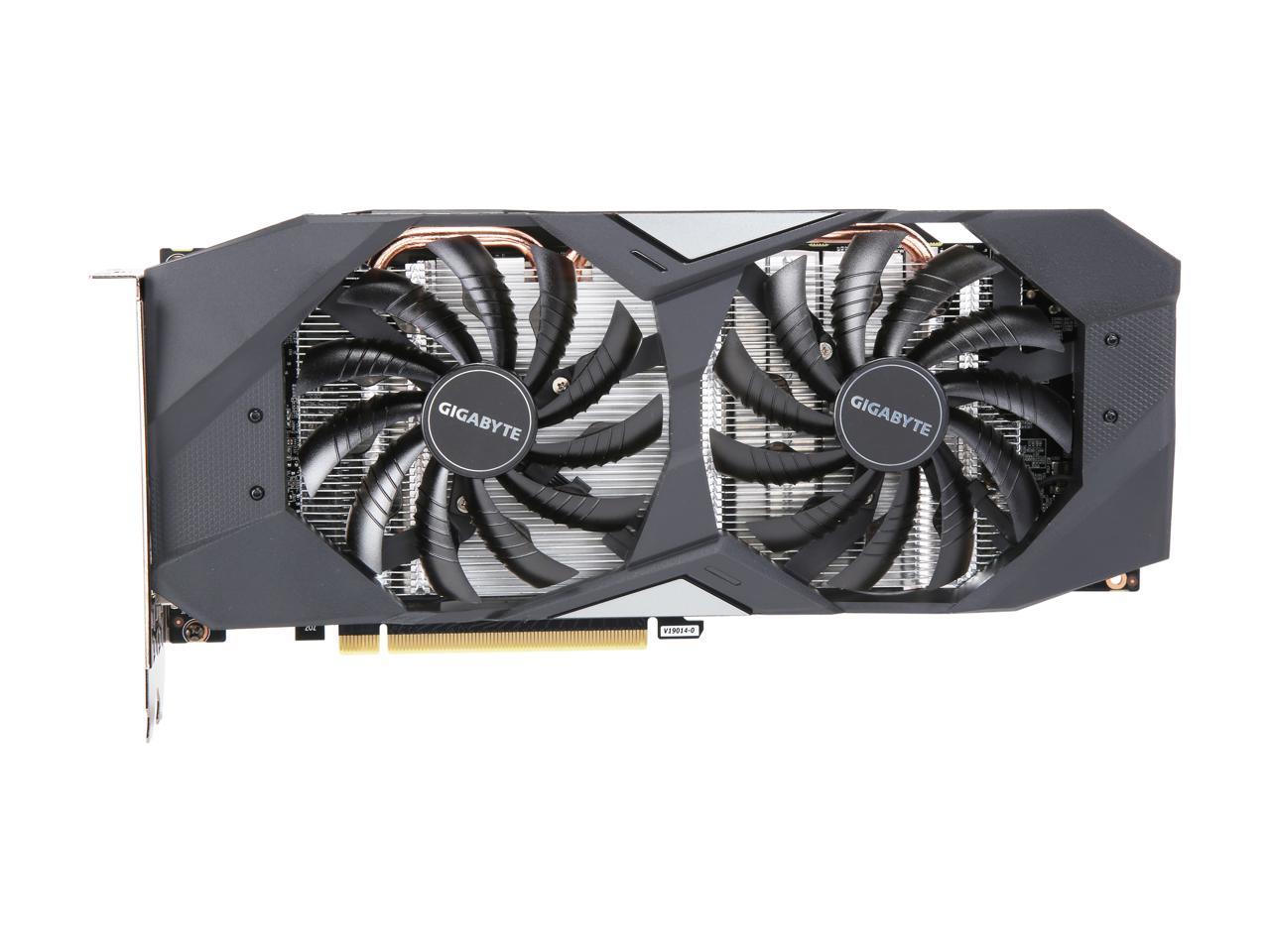 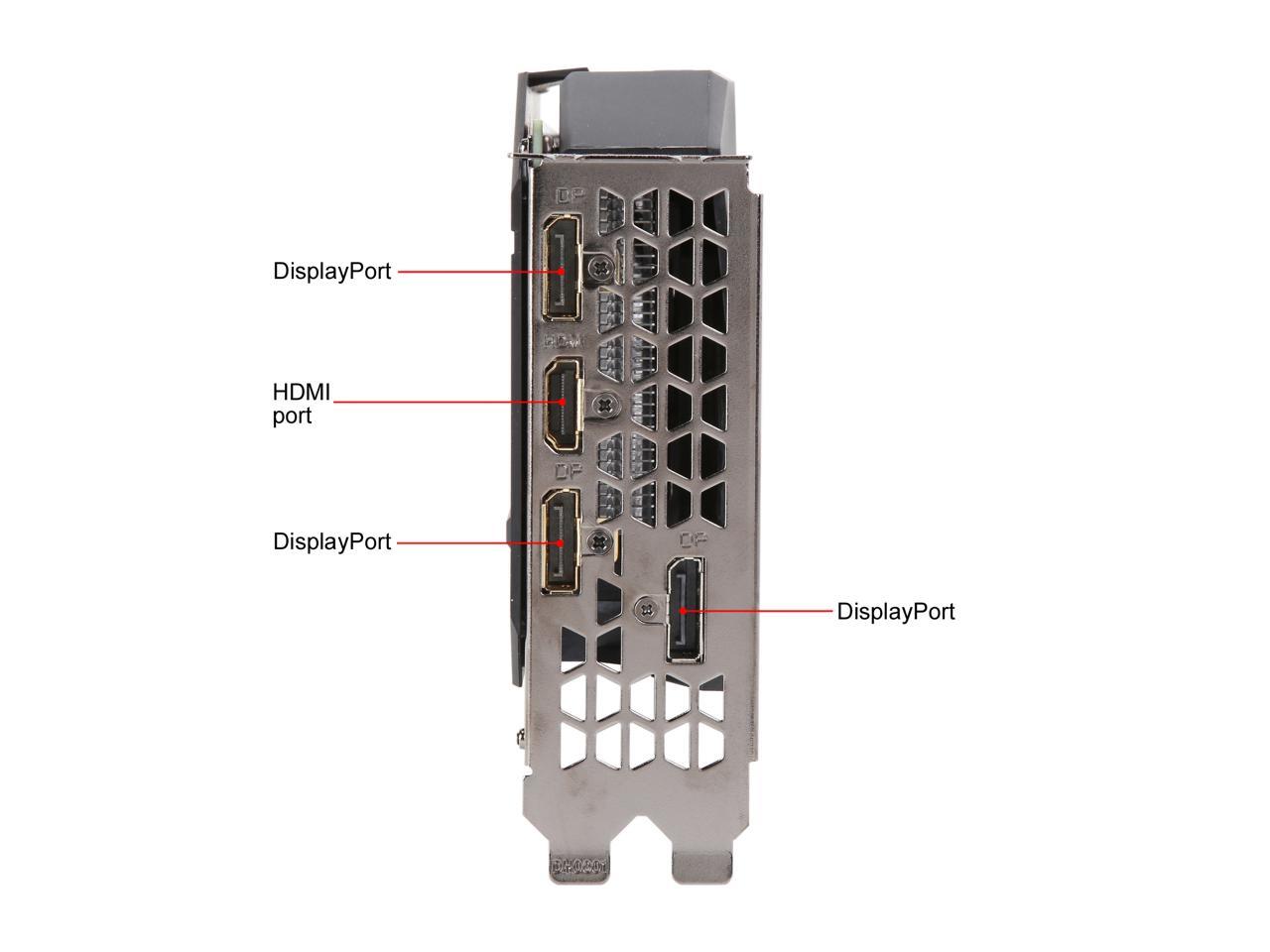 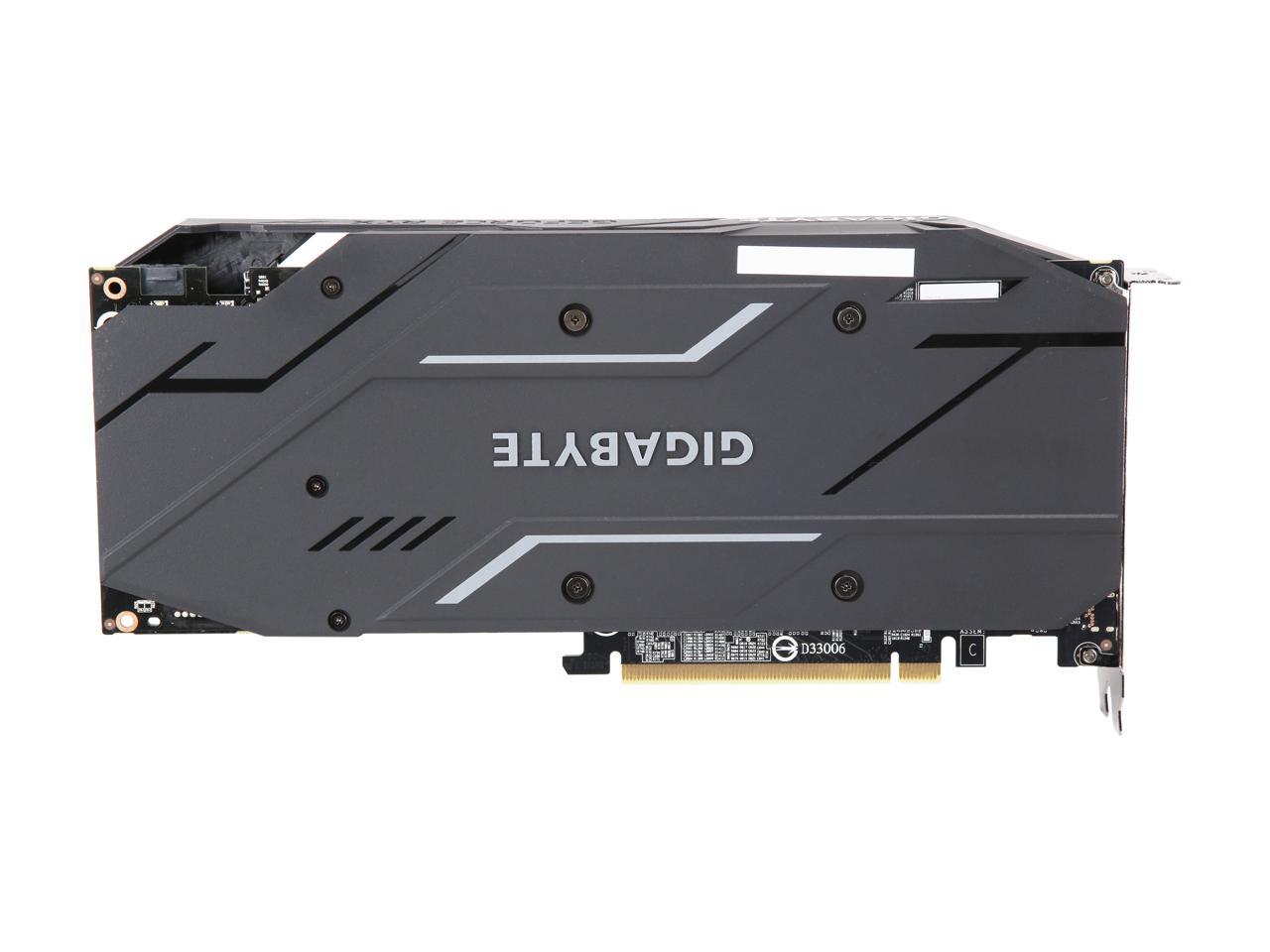 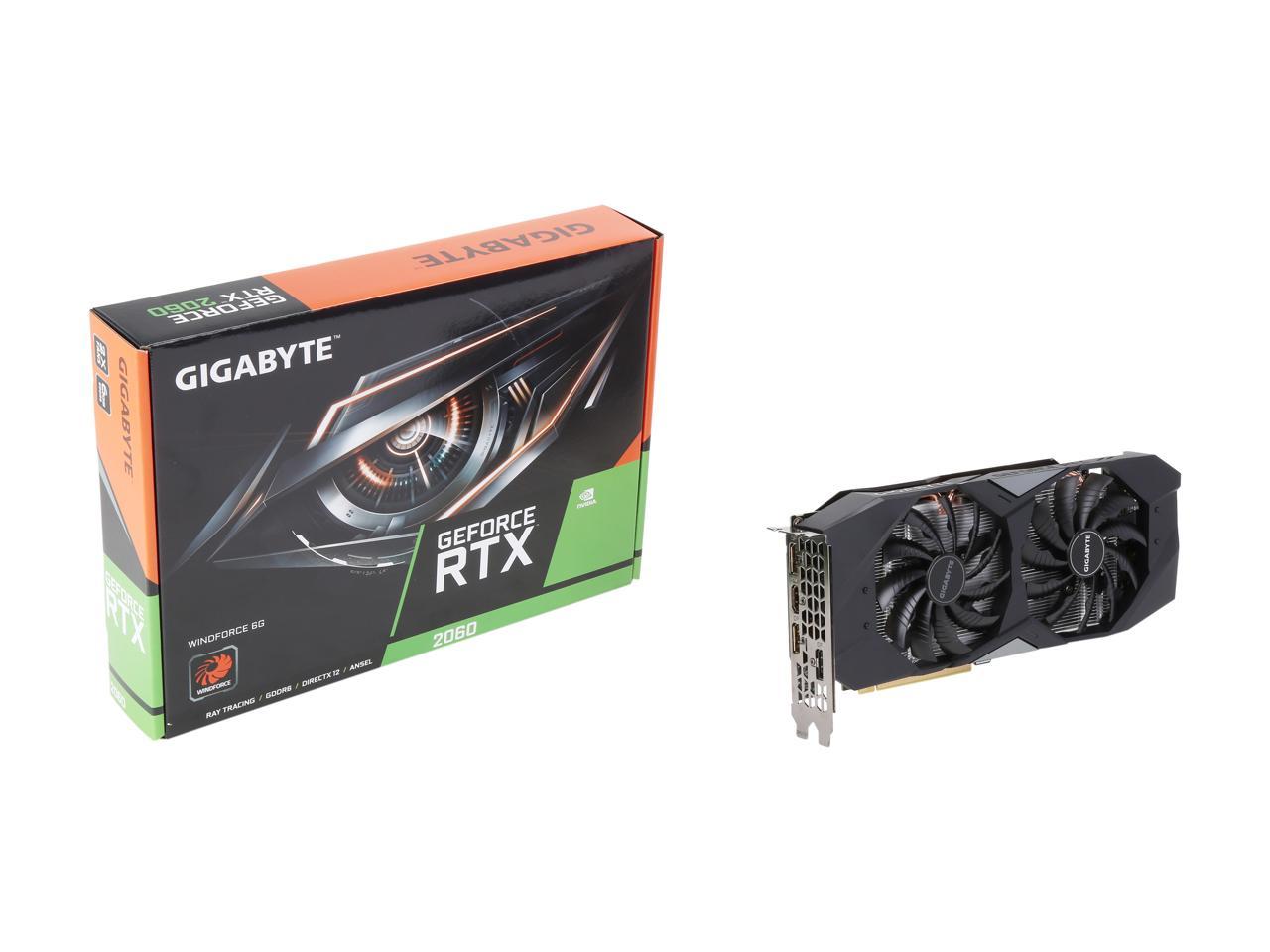 The GIGABYTE RTX 2060 graphics card prepares you for the future of gaming. Powered by the revolutionary NVIDIA Turing architecture and next-gen GDDR6 memory, visuals will have unprecedented realism and graphics settings can be set to the highest. WINDFORCE 2X Cooling System ensures low temperature when the GPU runs at full load. A black metal back plate offers solid protection for the PCB. With AORUS Engine utility, performance tweaking only takes a few clicks. Airflow is spilt by the triangular fan edge and guided smoothly through the 3D-stripe curve on the fan surface, effectively enhancing airflow. The 3D active Fan provides semi-passive cooling and the fans will remain off when the GPU is in a low-load or low-power game. It allows gamers to enjoy gameplay in complete silence when the system is running light or idle. The shape of the pure-copper heat pipes maximize the direct contact area with the GPU, enhancing heat transfer. The heat pipes also cover the VRAM through a large metal-plate contact to ensure proper cooling. These graphics cards use the 4+2 power phase design to allow the MOSFET to operate at a lower temperature. At the same time, the over-temperature protection design and load balancing for each MOSFET along with the Ultra Durable certified chokes and capacitors all provide excellent performance and longer system life. The GIGABYTE RTX 2060's backplate not only provides an aesthetical shape, but also enhances the structure of the graphics card to provide complete protection.

This cutting-edge, intuitive interface allows you to adjust the clock speed, voltage, fan performance and power target in real-time according to your game’s requirements.

Learn more about the GIGABYTE GV-N2060WF2-6GD

Overall Review: Big improvement from my 970 at an affordable price for an RTX card.