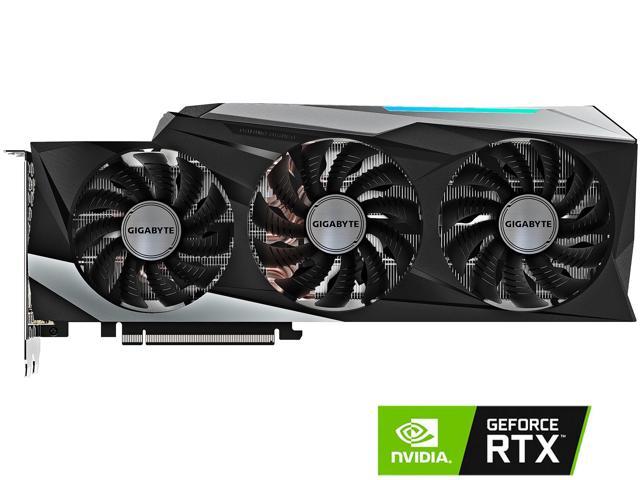 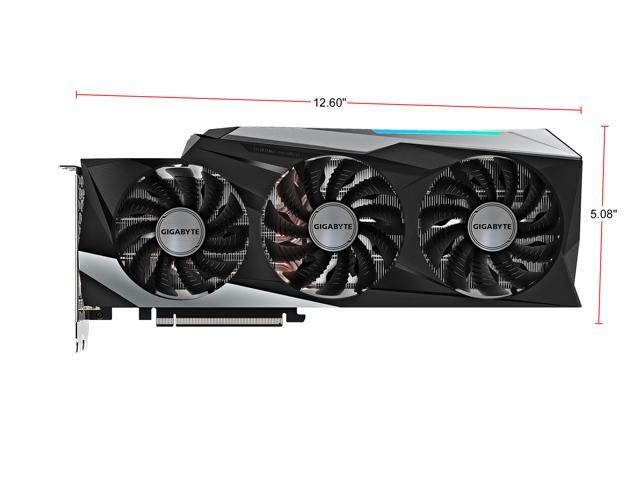 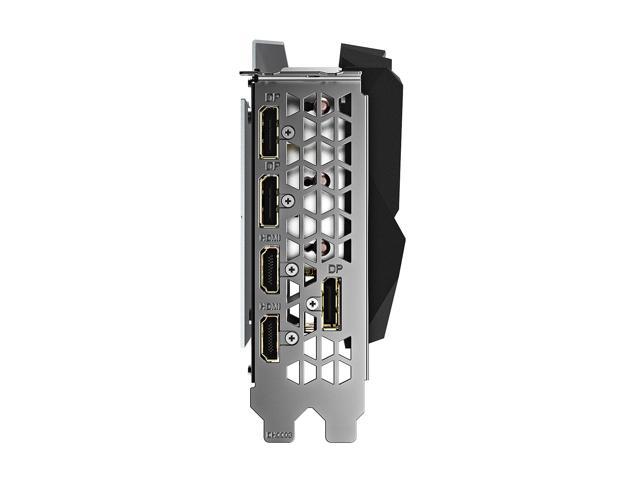 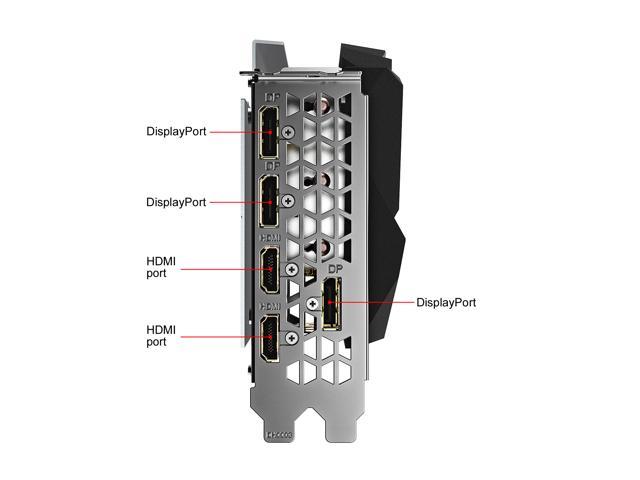 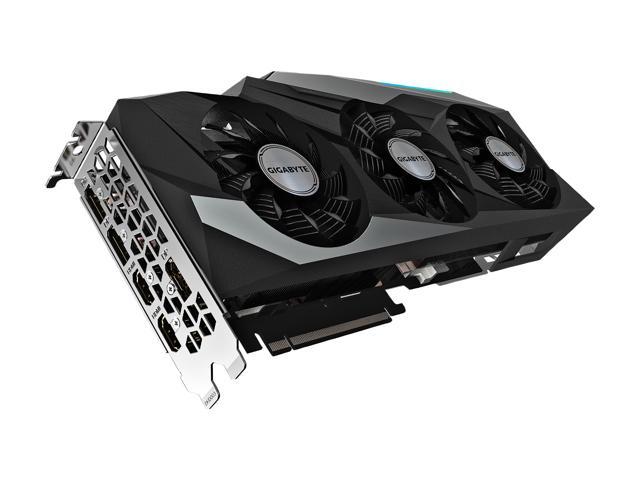 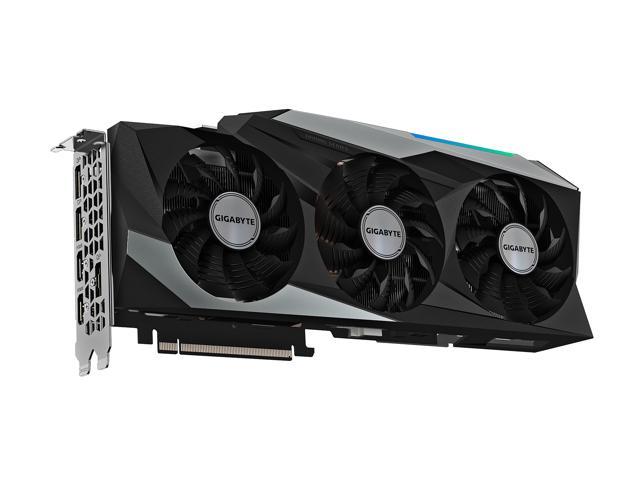 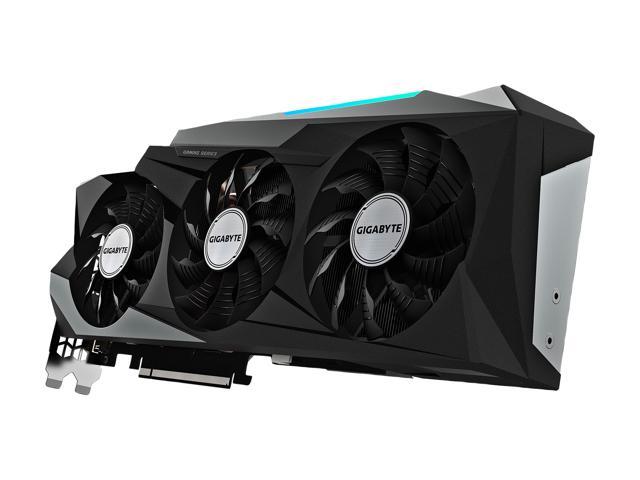 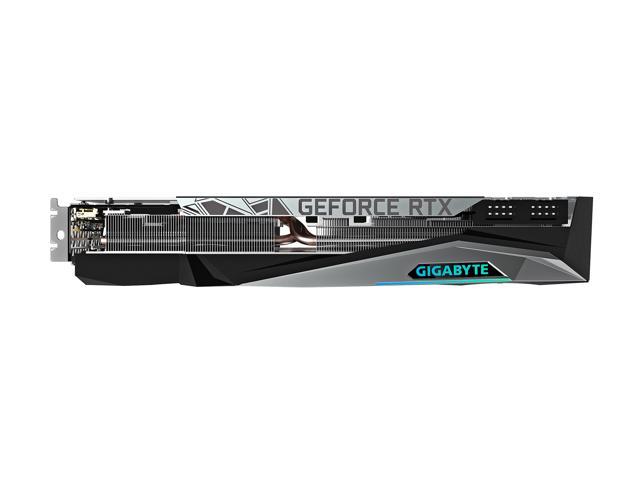 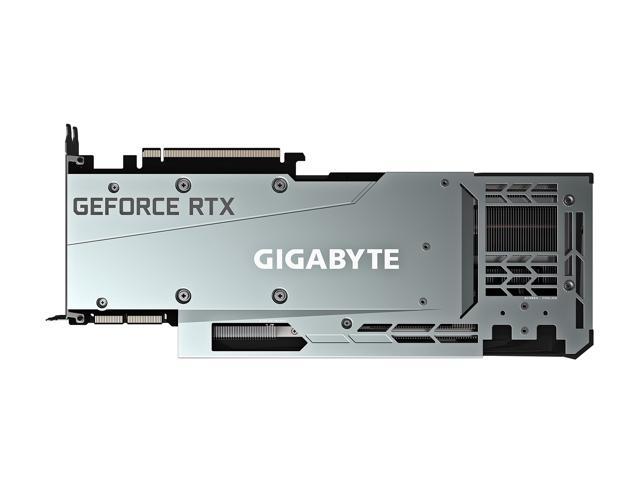 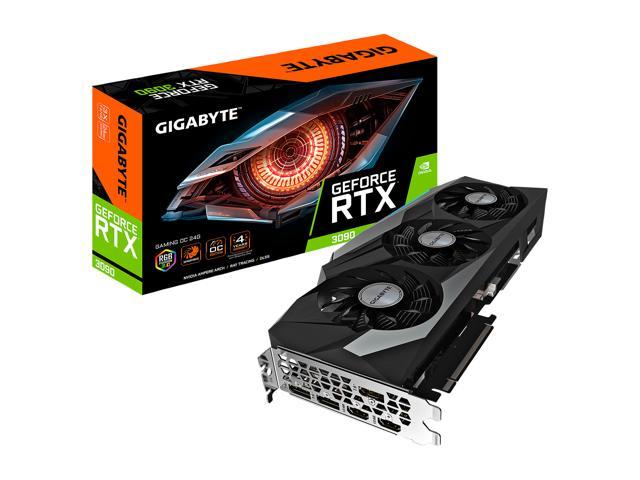 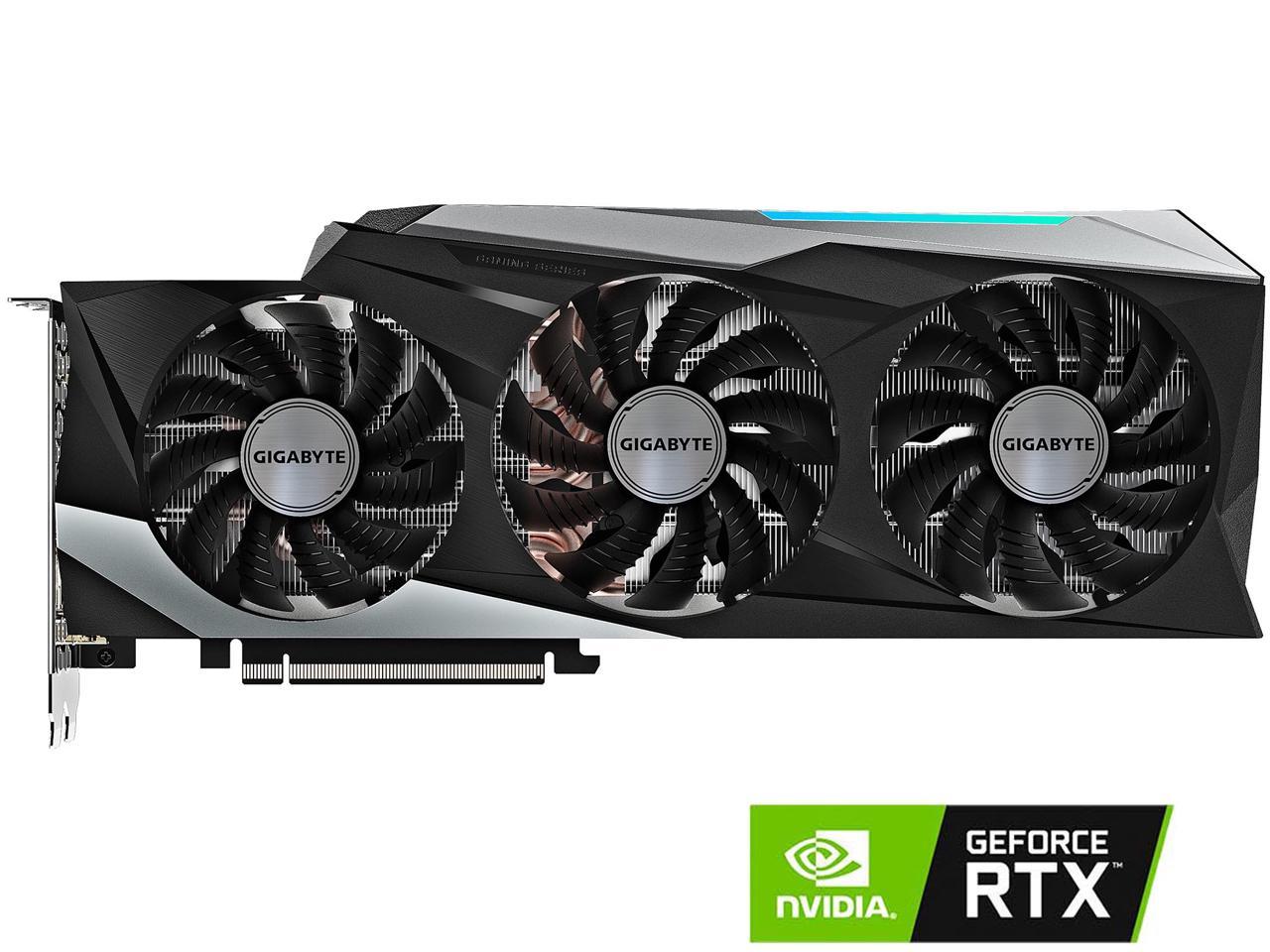 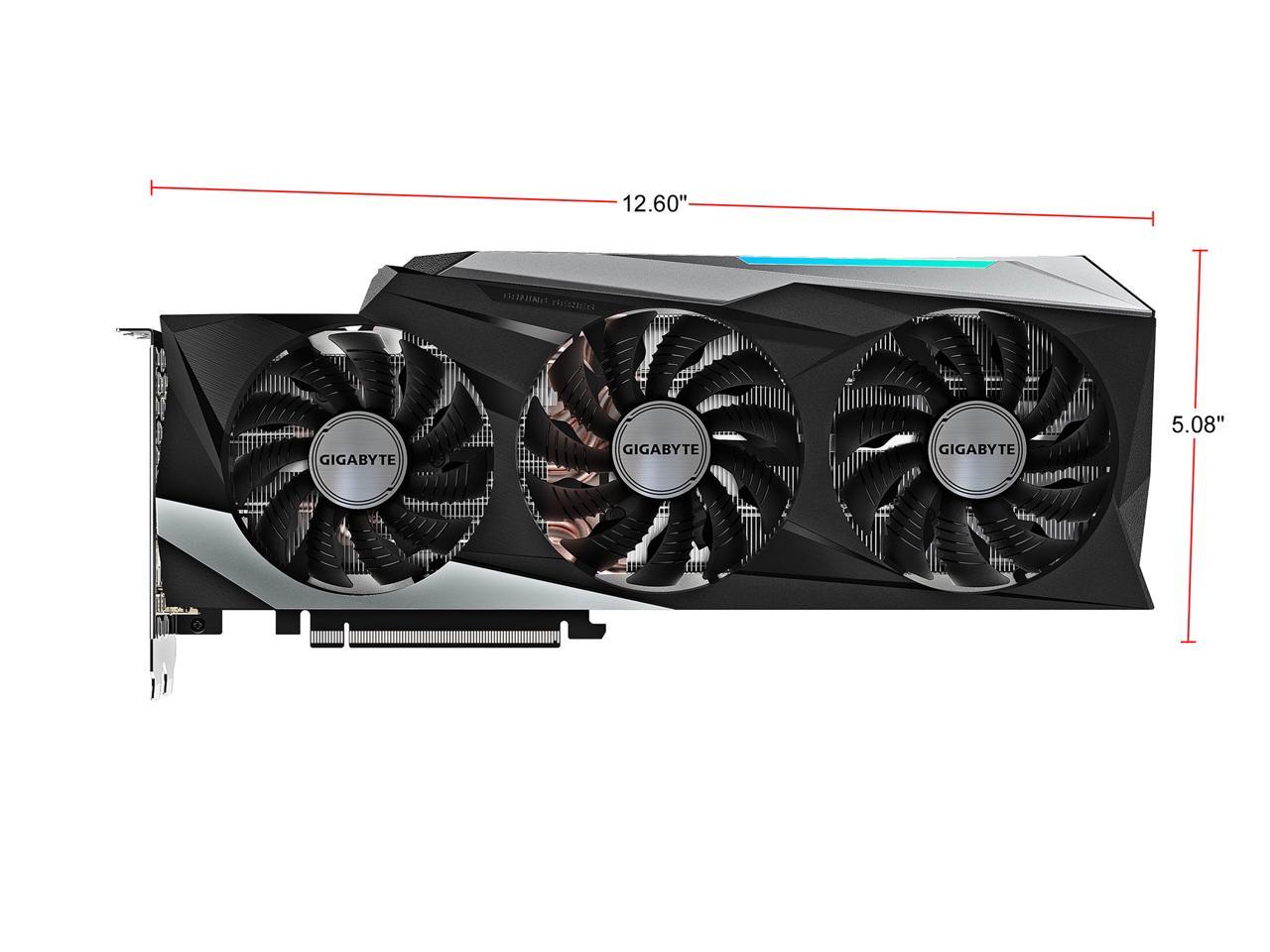 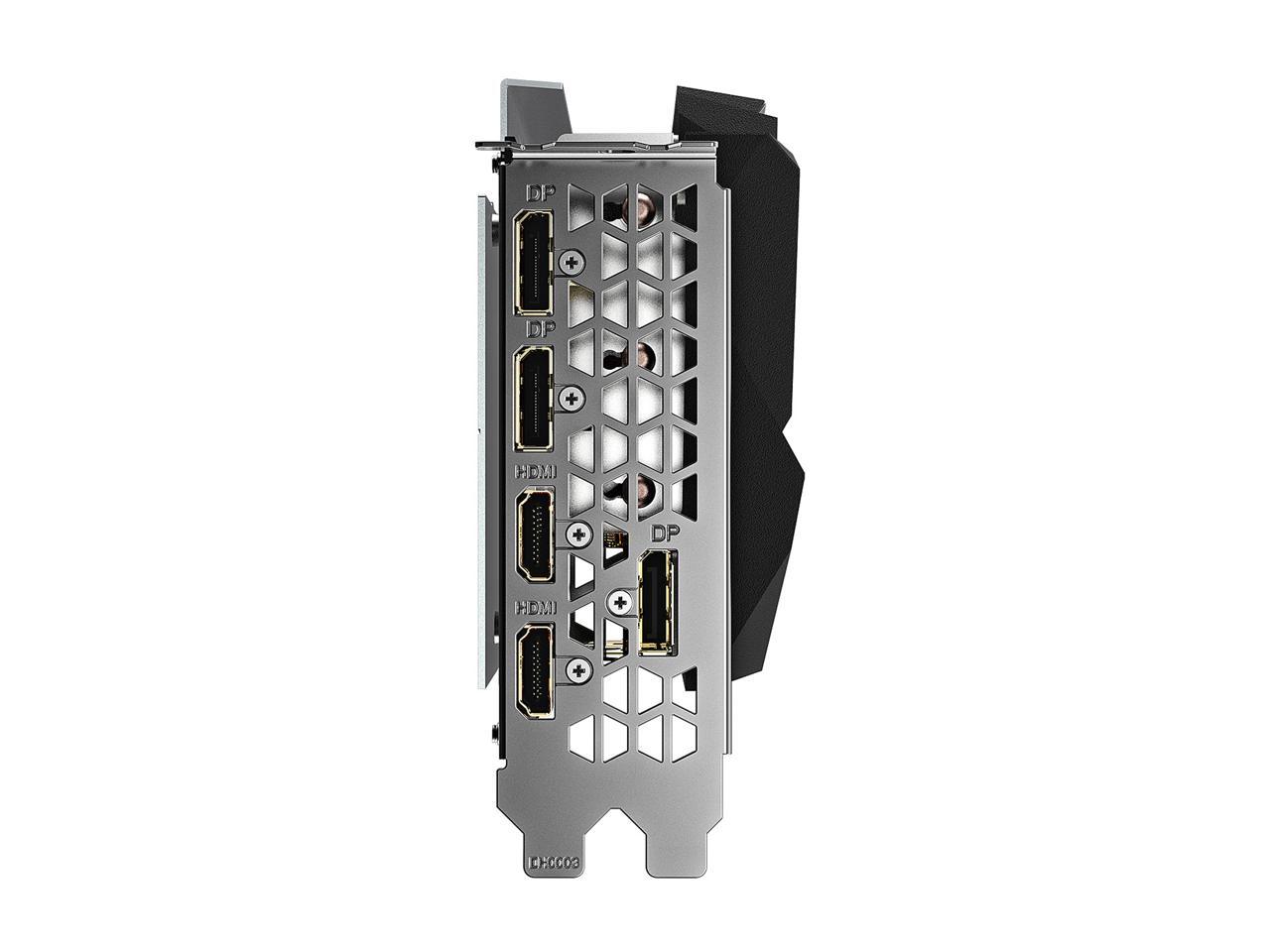 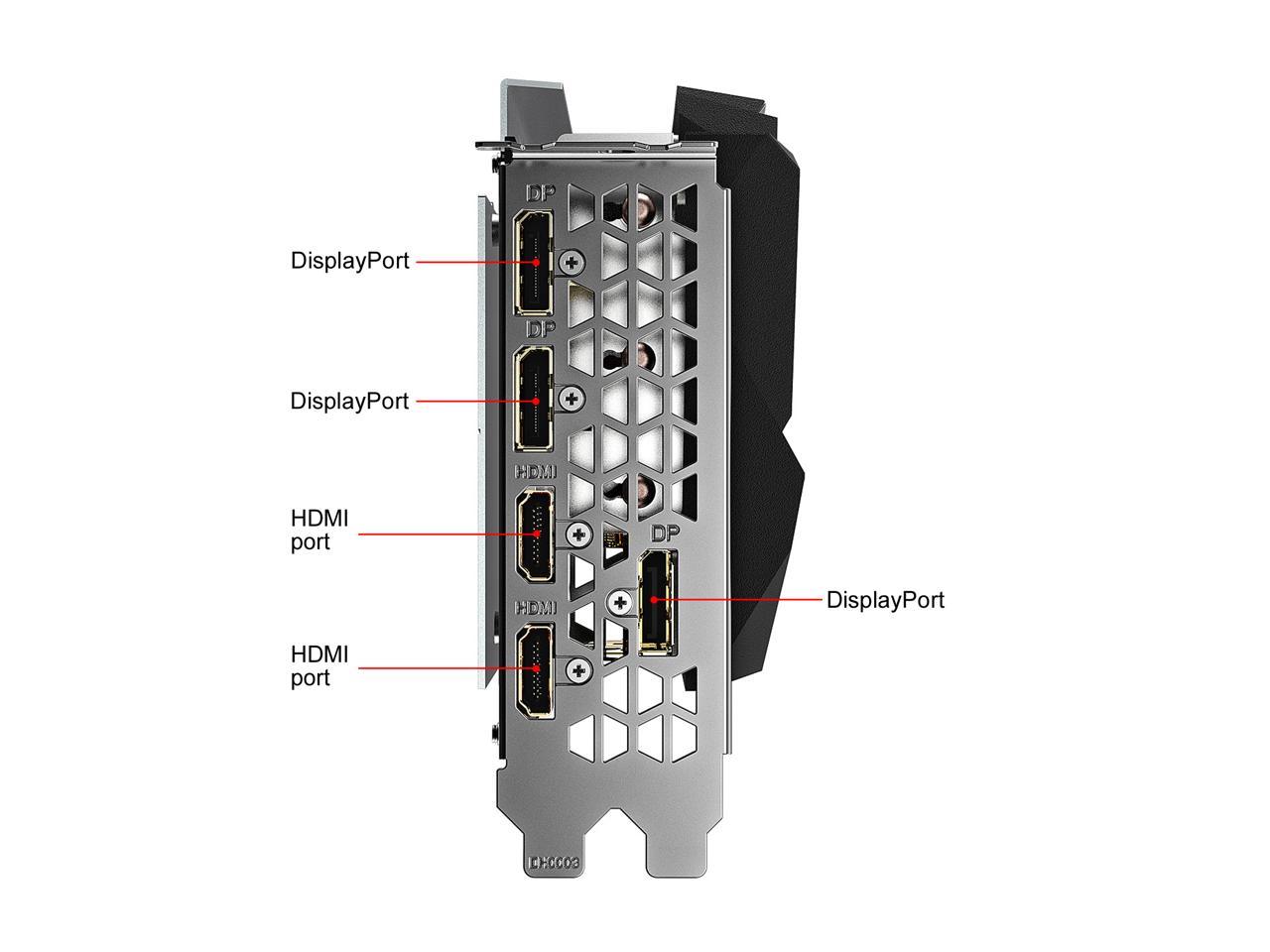 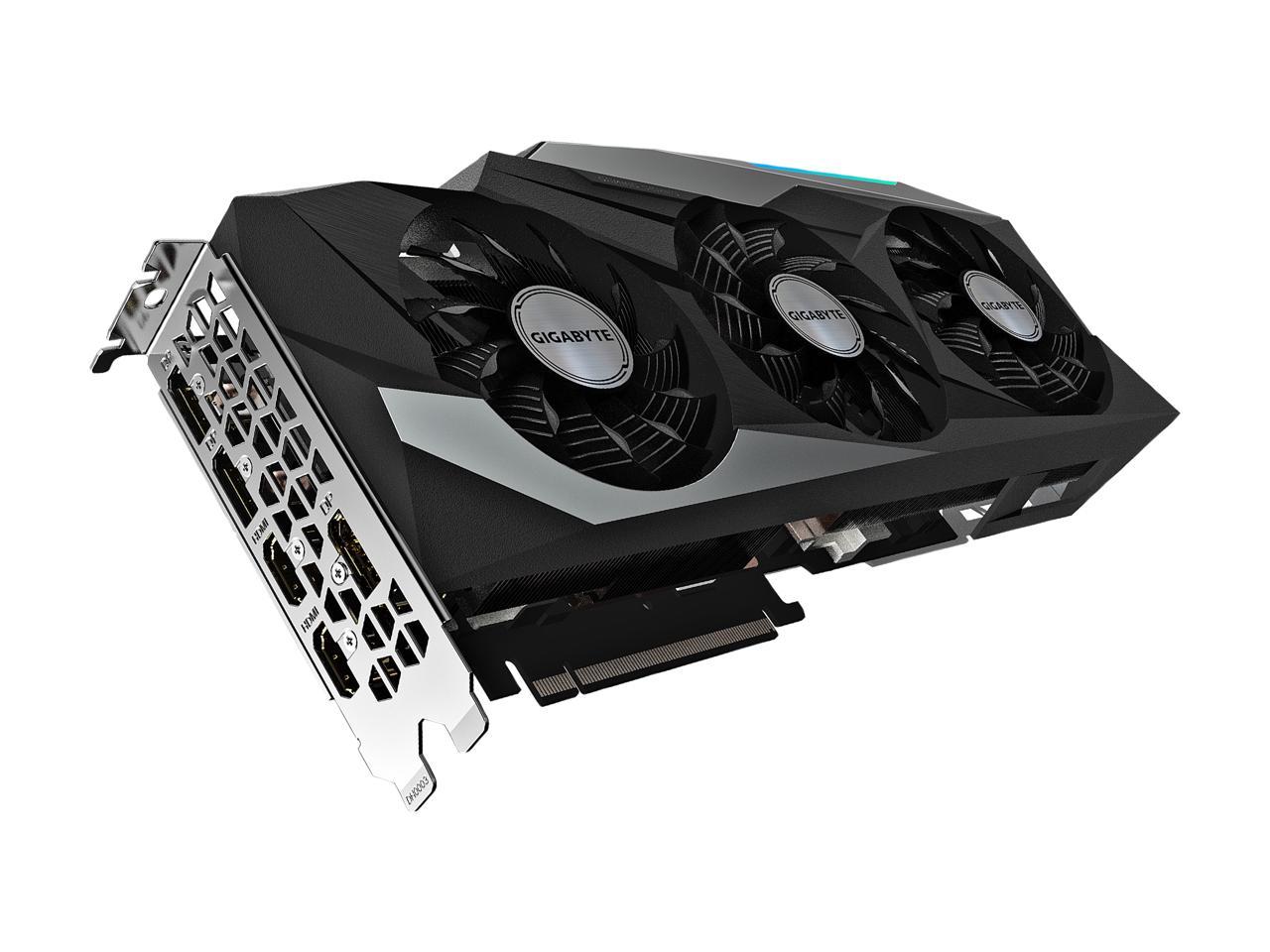 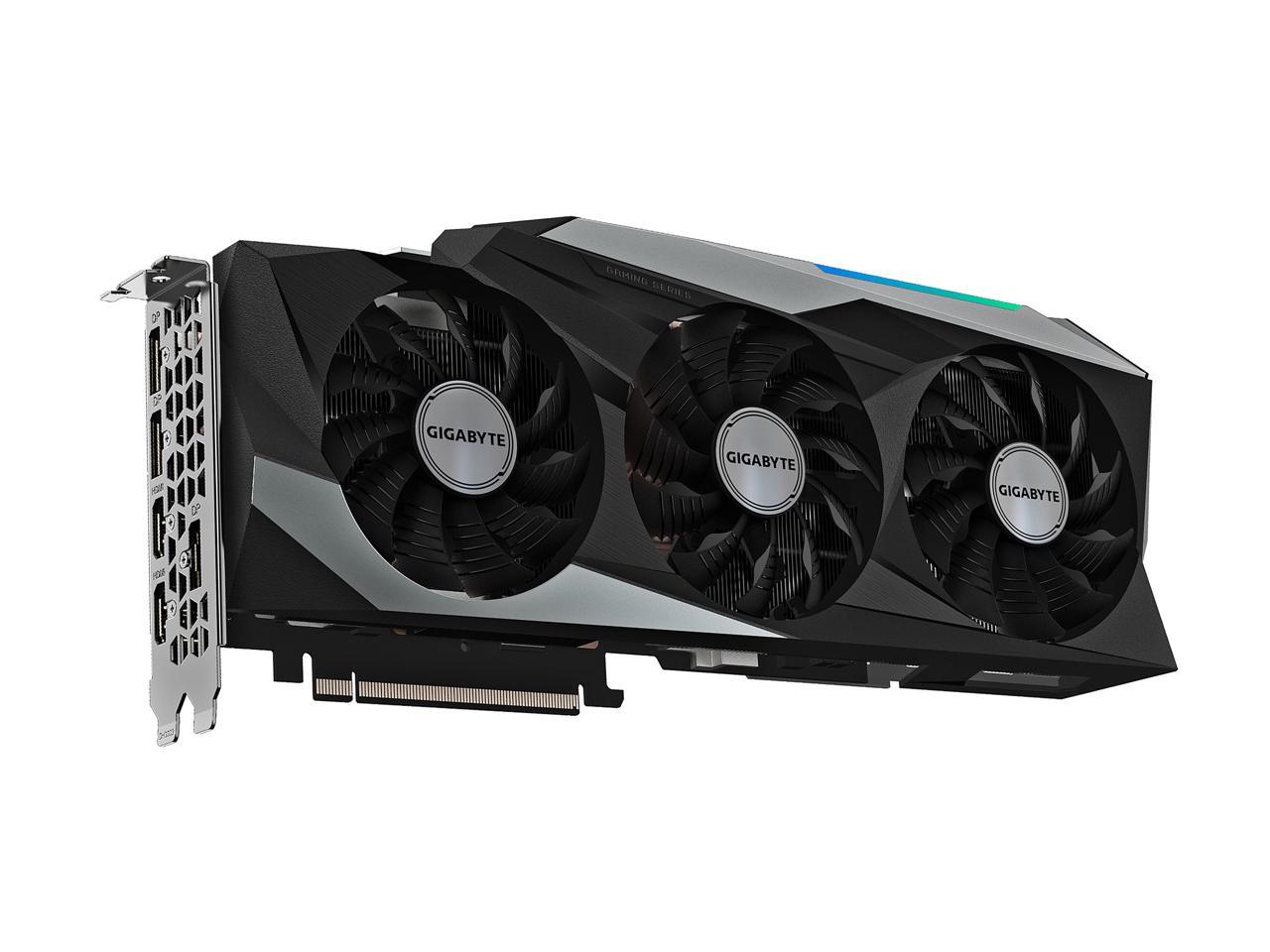 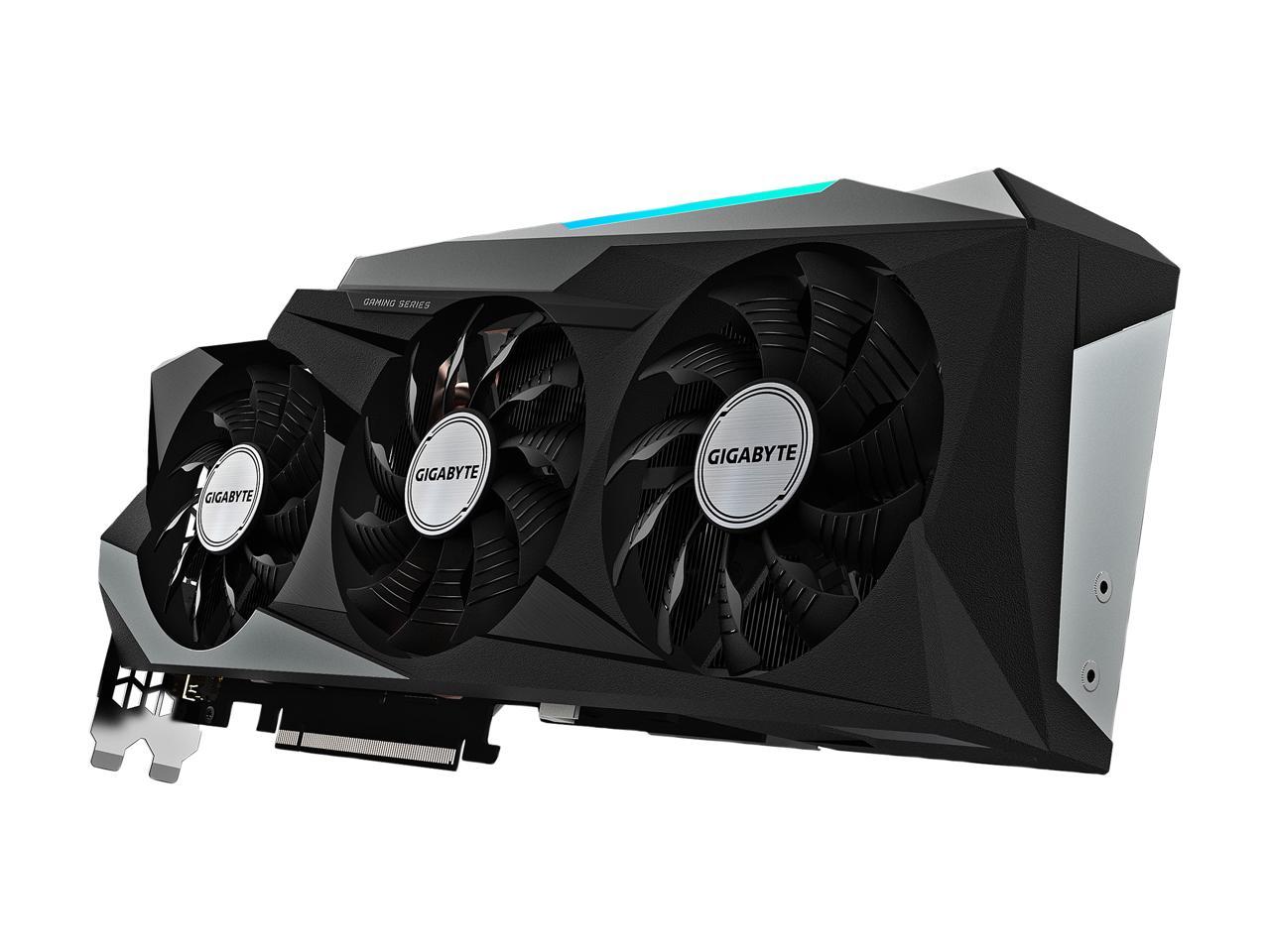 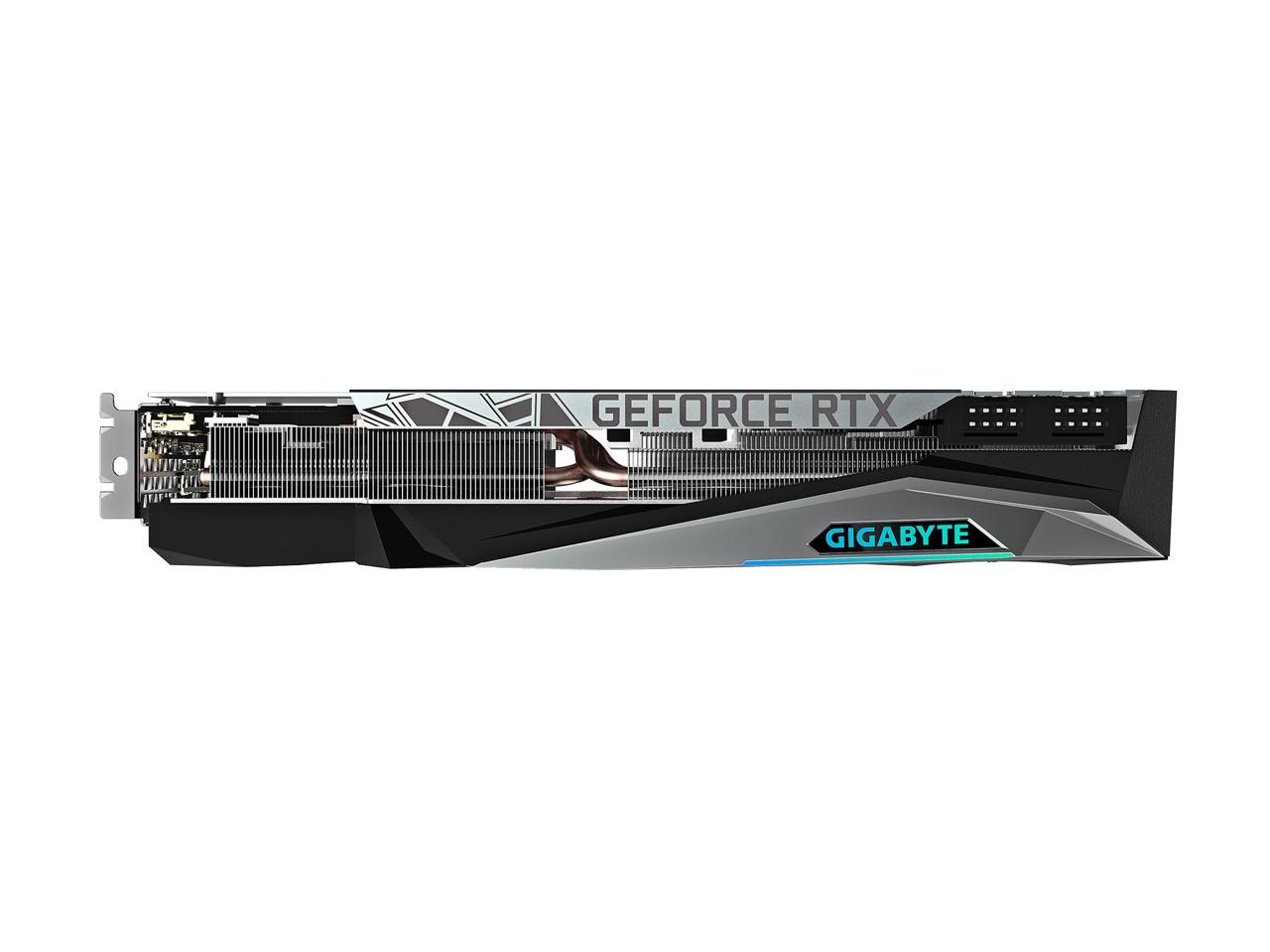 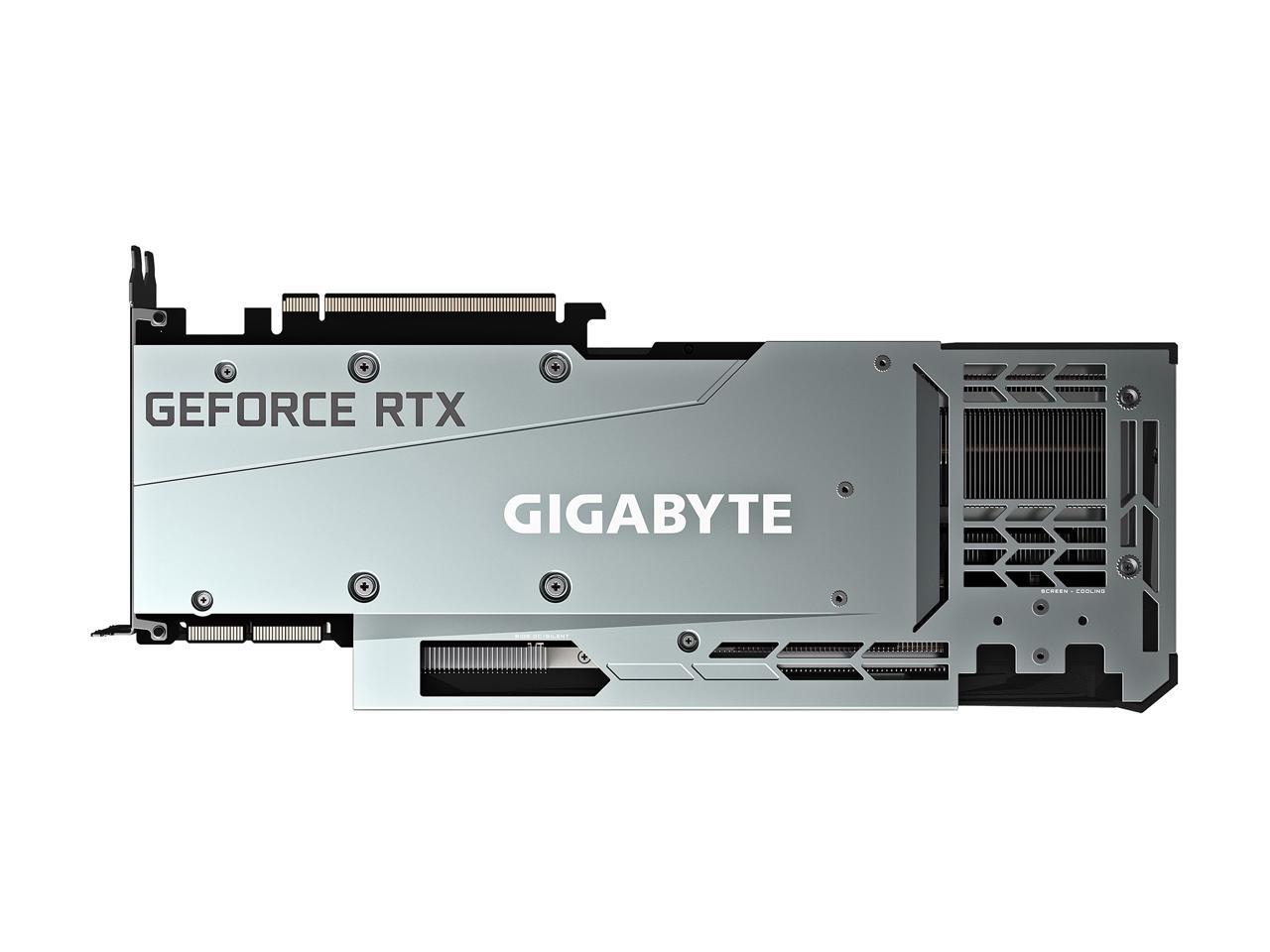 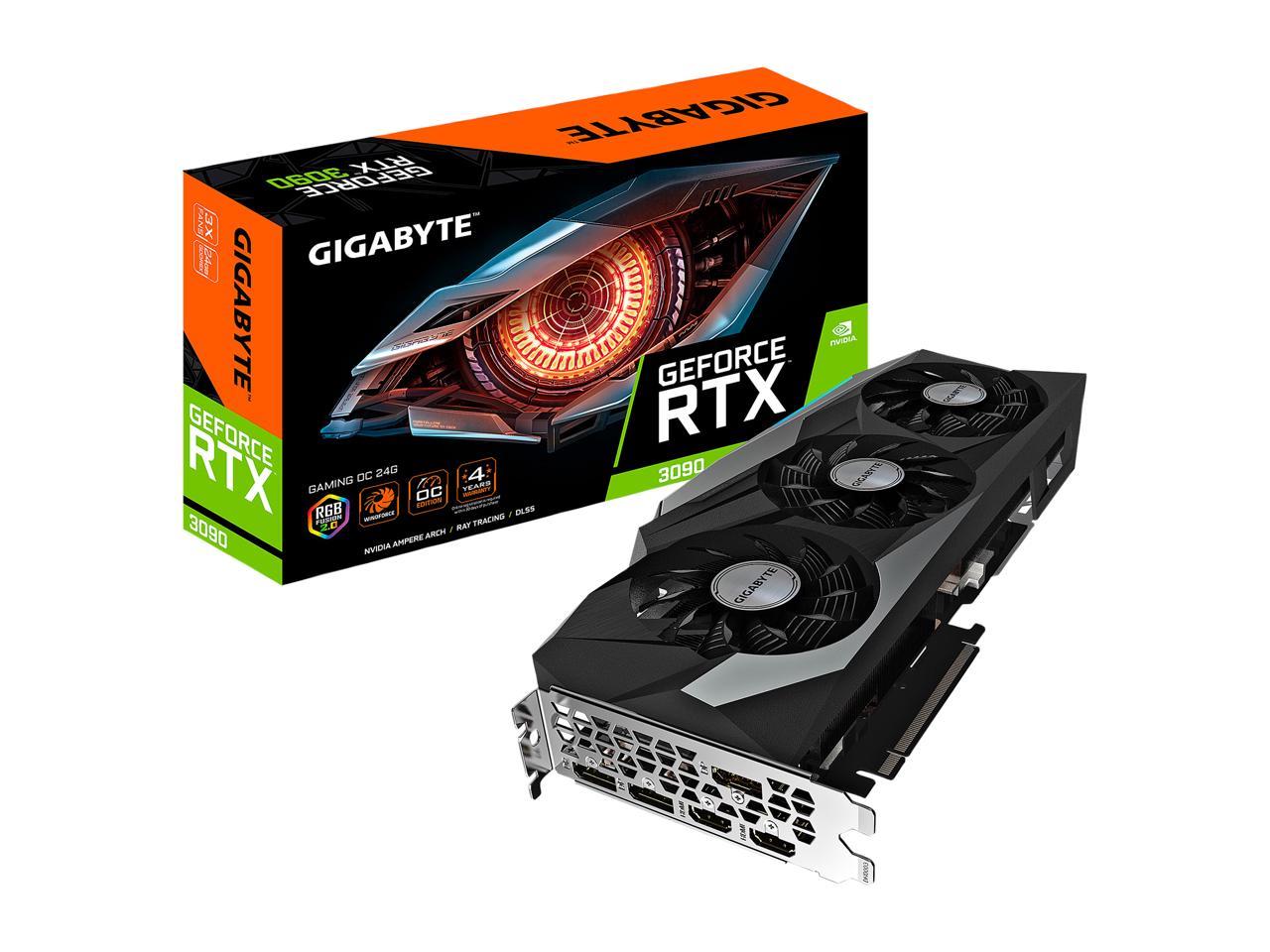 Overall Review: It took two weeks to arrive and the box was a little damaged. My biggest concern is that this card looked used!!! The box didn't have any original seals to cut or what not and the esd wrap was taped shut. Although the card I received benchmarks above the average 3090 so I guess I got lucky.

Overall Review: This card was sold as new but was far from it. It had no seals. There was hair strands inside the box. Odd for a new card.

Cons: - Thermal throttles during gaming - Pay for a 3090 and get 3080 performance due to thermal throttling of Memory - Probably will fail shortly out of warranty due to excessive heat resulting in shorter component life like Caps. (90-105C memory)

Overall Review: Was lucky to get a this card during lunch so i cant complain of having a graphics card during these times. It does run games at 4K at decent frame rates. Compared to last gens cards this is a great improvement and makes games look and run great on my widescreen. However the card thermal throttles during gaming. Thermal throttling is due to excessive temperature of Memory not the GPU and probably due to poor choice in thermal pads on the Memory chips. GPU temps are ok (normal displayed by games and temperature programs) but using program like HWinFo64 etc to display Memory temperature one finds temperatures consistently at over 90C and often in the 95-105C during gaming. They could have sent 10$ more per card to use decent pads and this card would be great. I would not recommend this card. You can take the chance and spend an additional 60-100$ and a few hours to upgrade thermal pads or go with someone else. I got a 3080 TI from EVGA with no thermal issues that outperform this 3090 before replacing thermal pads. Used to have all Gigabyte components but this 3090 experience had me very disappointed to the point where I decided to write a review and consider looking at other manufactures going forward first.

Cons: - Card started to throttle and overheat badly a year after purchase. Upon examining the inside I discovered that the power connectors had started to melt from the heat - (see photo). Apparently, the fans had also shut down at some point due to the fan cable (second picture being damaged. The heat also damaged my RGB connector so the RGB lighting doesn't work anymore. Couldn't afford to be without my GPU for any length of time so I replaced the thermal paste and all the thermal pads with much better components, and cannibalized an older GPU for a replacement fan cable. GPU runs much cooler than it did when I first got it.

Overall Review: Would I recommend it? Yes, but with major caveats - I'm really disappointed at how awful the thermal pads were in the card, and how the fan cable was installed so it got kinked and eventually broke.

Cons: Crashed a lot while gaming

Overall Review: Great card if it didnt overheat so much

Overall Review: I haven't had this card for long but it appears to already be going out on me. Right now it's when i boot the screen is scrambled and also in bios. When my pc starts up it looks as though the graphics card isn't working at all.

Manufacturer Response:
Dear Customer, Thank you for your comments. We apologize for your difficulty with your GIGABYTE product. Please contact us at support-newegg@gigabyteusa.com with case number 187015 in the e-mail subject line. We will provide personalized service and analysis to help solve your issue ASAP. If the matter is urgent, please send us your contact number, and we will contact you. GIGABYTE VIP Support Team
Anonymous
Ownership: 1 month to 1 year
Verified Owner
Died after 1 month1/2/2021 4:44:39 PM

Pros: - Fairly quiet - Works fantastic when it actually runs. 2k 144fps in most games is great.

Cons: - Died after 1 month of casual use. With it in, the motherboard will not post, taking it out and putting in my old 1080ti my computer boots normally. Trying this card with different motherboard/ram/psu did nothing, still couldn't even boot. Tried it with a friends build and he couldn't boot either.

Overall Review: Now I have to try and RMA this card and who knows how long that process will take before get a new card.

Manufacturer Response:
Dear Customer, Thank you for your comments. We apologize for your difficulty with your GIGABYTE product. Please contact GIGABYTE RMA department for further assistance about graphic card warranty service by phone at 1-626-854-9338 opt. 4 Monday through Friday from 08:30 ~ 17:30 PST. GIGABYTE VIP Support Team