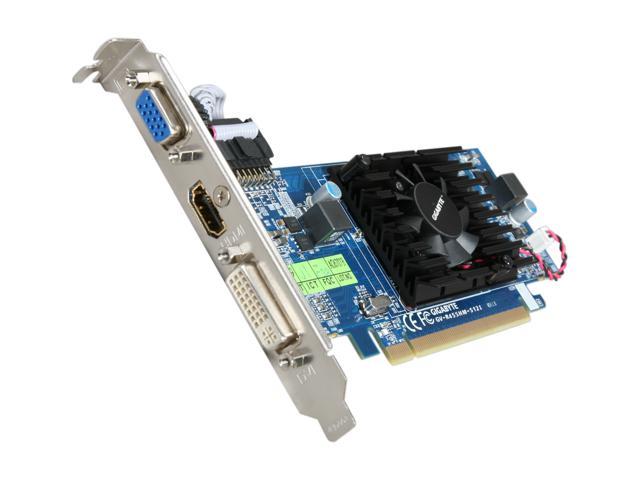 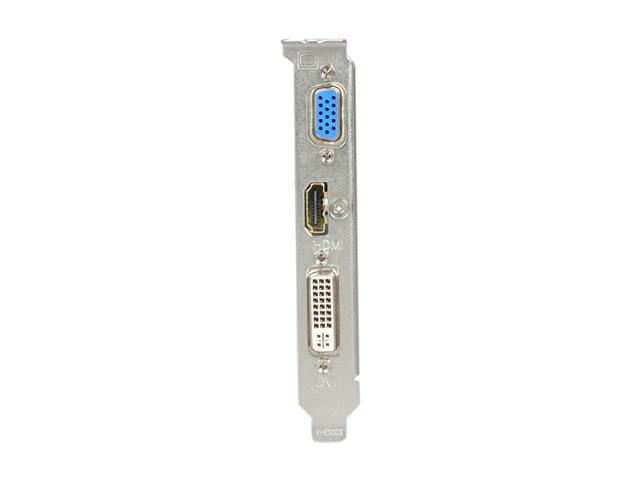 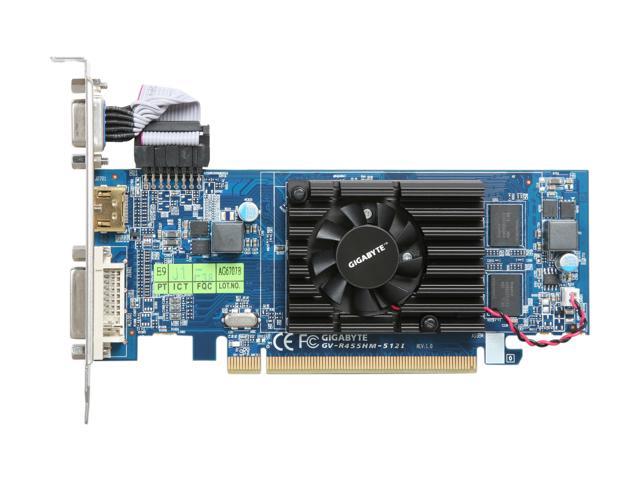 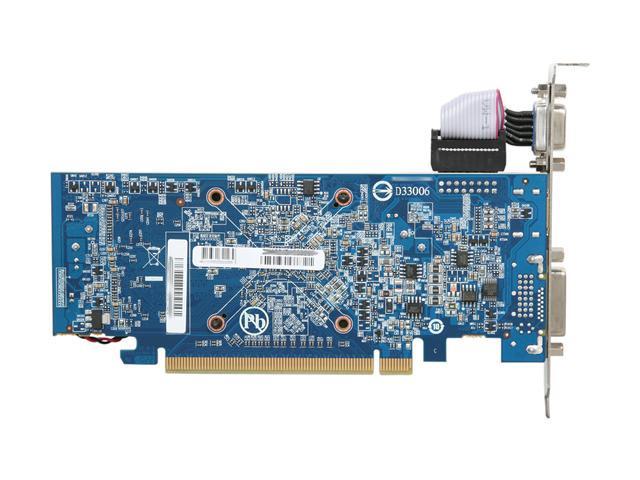 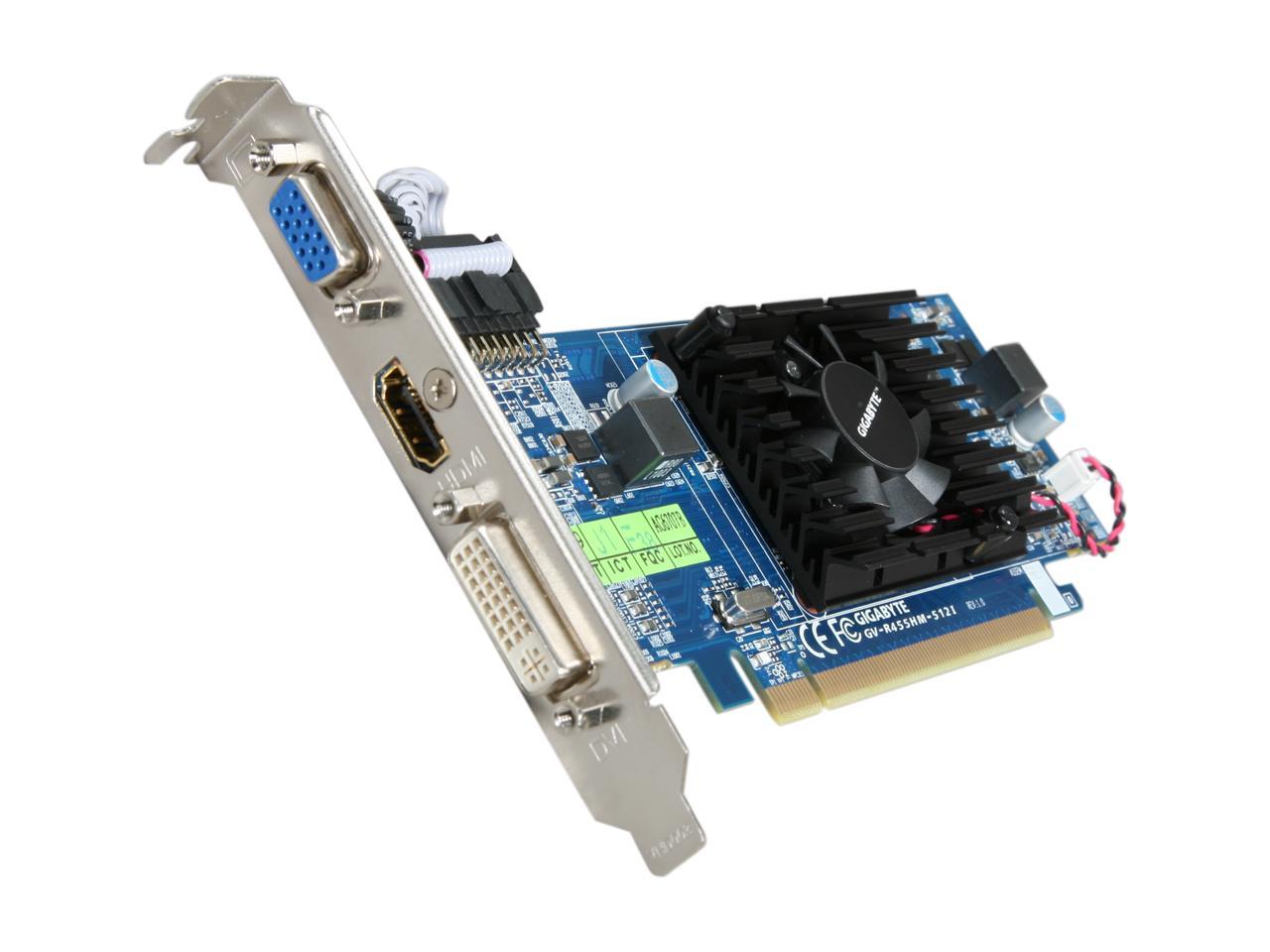 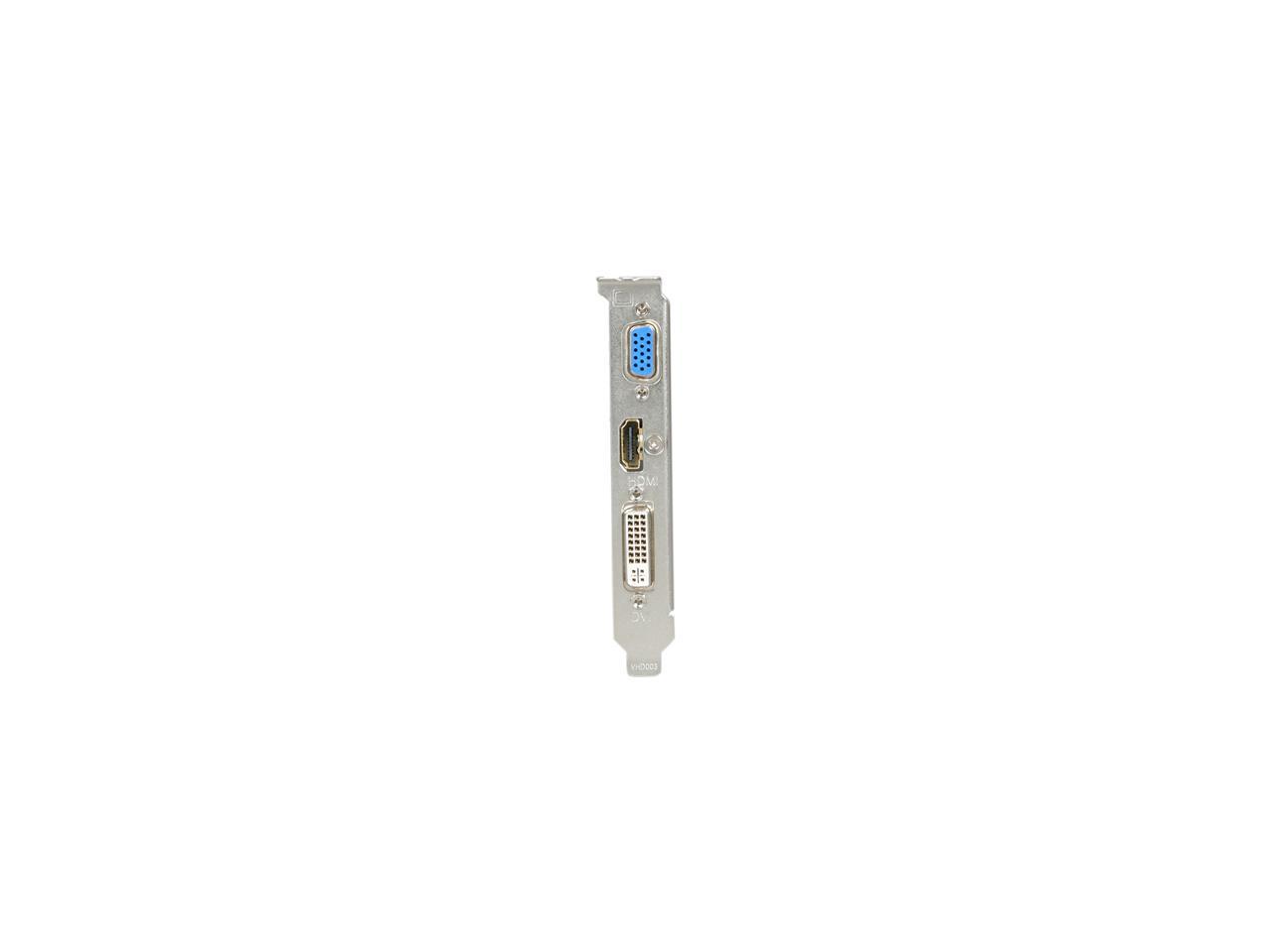 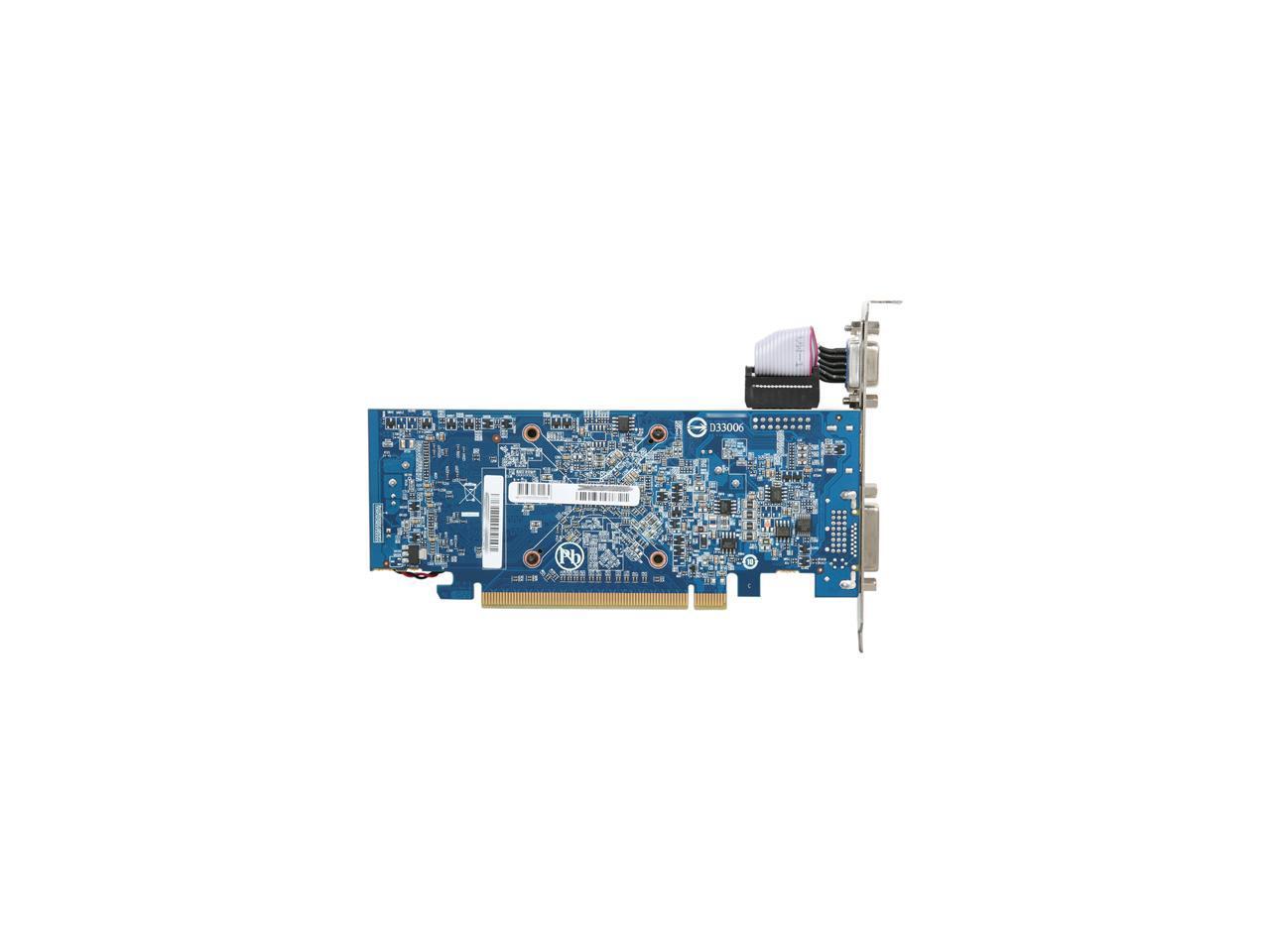 Learn more about the GIGABYTE GV-R455HM-512I

Pros: This Card Draws very little power, and with ATi's UVD 2.2 Decoder, it can play almost any video file I want it to without a high CPU load. With Newegg specials, and Gigabyte's rebates, you can get this card for as little as $7 after rebate, which is great deal. At $40 though, it's a less attractive deal. Also this is capable of hybrid crossfiring with the more modern AMD chipsets, I tested with a 785G, 880G, and 890GX, and it all worked perfectly. I've been told that It also works with the DX 10.0 IGPs (780G, etc.) But will only support up to DX 10.0, I don't have a 780G motherboard so I can't say for certain whether or not this is true.

Cons: A previous review is correct that Gigabyte incorrectly substitued a 90 degree connector for the VGA pin header, and without modification this will not fit into some slim low profile cases. On the other had though if you have a stead hand and don't mind trying, pulling off the black pin suppoprt and then carefully bending the pins back to strait with needle nose pliers, then triming them so that they're all the same length works well, and fits into the slimest case I could find without a problem. The 64-bit Memory bus and small frame buffer have the greatest impact on AA and AF (anti-aliasing and anisotropic filtering). But this is not a gming card, so I don't think this is a problem.

Overall Review: Just so that some people don't get confused, this is a HyperMemory card. That means that it only has 128MB onboard, the rest of the memory addressed by this card is from your main system memory, much like any other card with a small frame buffer, this doesn't affect most basic tasks, but it will negatively impact gaming performance. That being said, this is not designed to be a gaming card, and won't preform very well at that with modern games anyway. Older games and games that are less graphically demanding work well though. (Most Valve Games: Team Fortress 2, Left 4 Dead 2, Portal) all run great at high settings at 720p, I have not benchmarked at 1080p, but I think this should handle them without too much being turned down.

Pros: Got this on sale for $30, nice little card for basic HD video output and streaming. Increased my WEI Aero and Graphics score from 3.8/3.3 to 5.1/6.2 respectively.

Cons: Only that this is a mere 128MB card, but for the price can hardly complain. Don't buy this at full price as a result, always wait for a price discount.

Pros: HDMI port works great for the small form factor PC I put together. Works fine in a Dell OptiPlex 745, but I'm not exactly sure what the power supply is rated in the computer so I can't be more specific than that.

Cons: Like previous reviewers mentioned, the D-Sub port connector is at an angle that juts out when you want to switch to the low profile bracket. I got some pliers and snapped off all the gold pins that were sticking out. The card is still working fine, but having to make the card Low Profile Permanent and not just Ready is a little frustrating.

Overall Review: Just what I wanted for a HTPC, and I got it for $10 after rebate so I don't have many complaints.

Pros: Card installed easily, no physical design flaws. Windows 7 x64 bit found drivers automatically and installed them without a hitch. On my Dual Core 3.4Ghz Asus Board, the Windows video card index went from 3.4 to 6.4. And 3dmark 2001 (old but works good still) ... went from 7717 to 19908. Almost triple over base integrated video card.

Pros: Just built my umpteenth media center (and my umpthousandth CPU) for a customer and went all out on the quality..... remember, QUIET and COOL (temps) are the priorities... this does both nicely! Nice design and fits low profile like a glove. Better than the no-fan cards as this is very quiet and runs cooler

Cons: I can hear the voices in my head because this is so quiet! AAARRGH. No cons hear or here, LOL

Cons: -No sound -trouble getting picture

Overall Review: tried many drivers, tried many tutorials, couldn't get the sound to work through the HDMI. Also, it wouldn't detect my TV at system start up, took about 10 minutes of fiddling each time for a picture to show.

Pros: Really works good vs on board graphics! Opens photoshop nice and smooth.

Cons: no con's for my usage

Overall Review: I had a Galaxy g210 in the machine, it did fine for what I need but it was too loud (Evga g210 was even worse), so when this card went on sale (I think it was black friday) for $10 AR, I took a chance hoping it would be quiet, to my surprise I was able to control the fan speed, and the temps were fairly good even at 40%. I mainly use it to watch streaming media, no problems with youtube 1080p on 37" TV (55% on dual core), don't know about playing blu-ray, don't have one yet, overall a nice little quiet card for HTPC use.