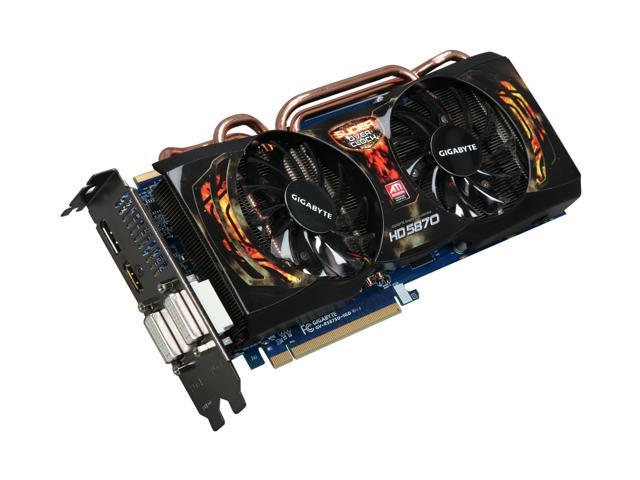 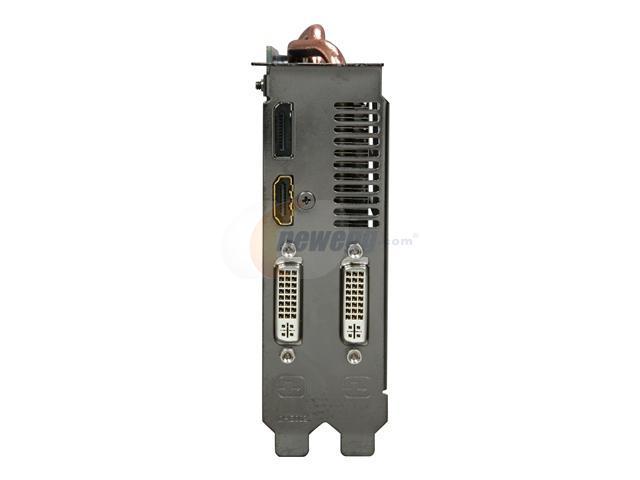 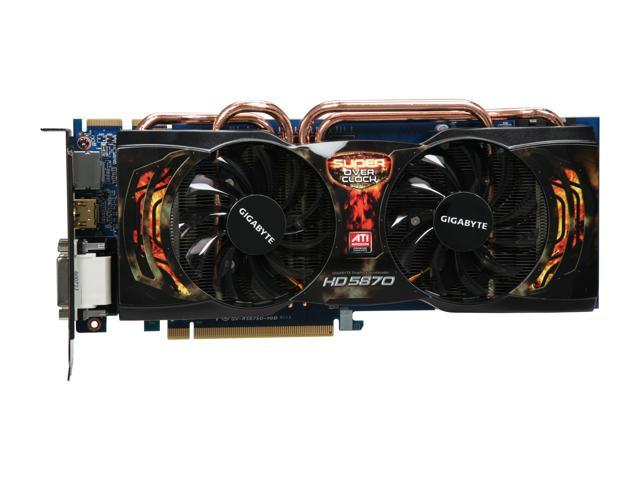 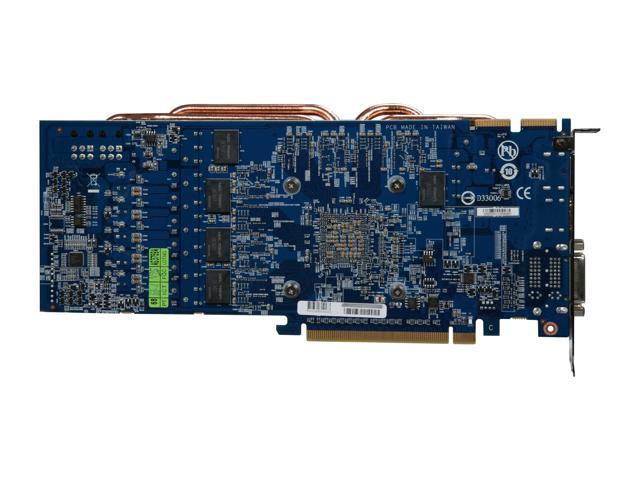 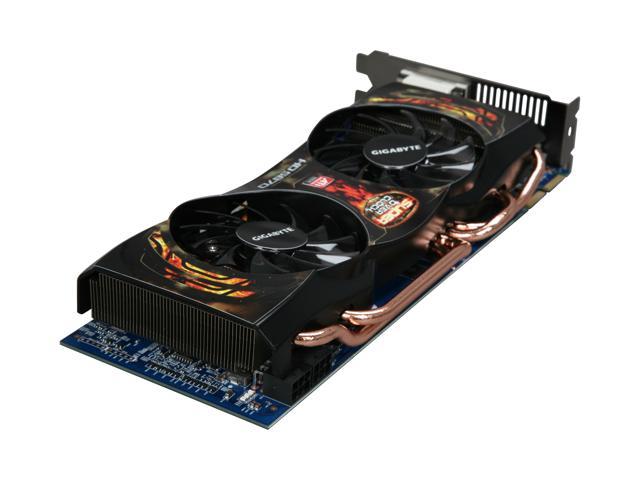 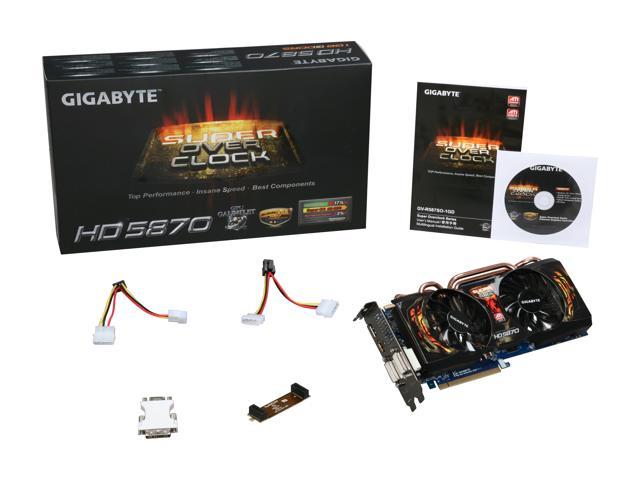 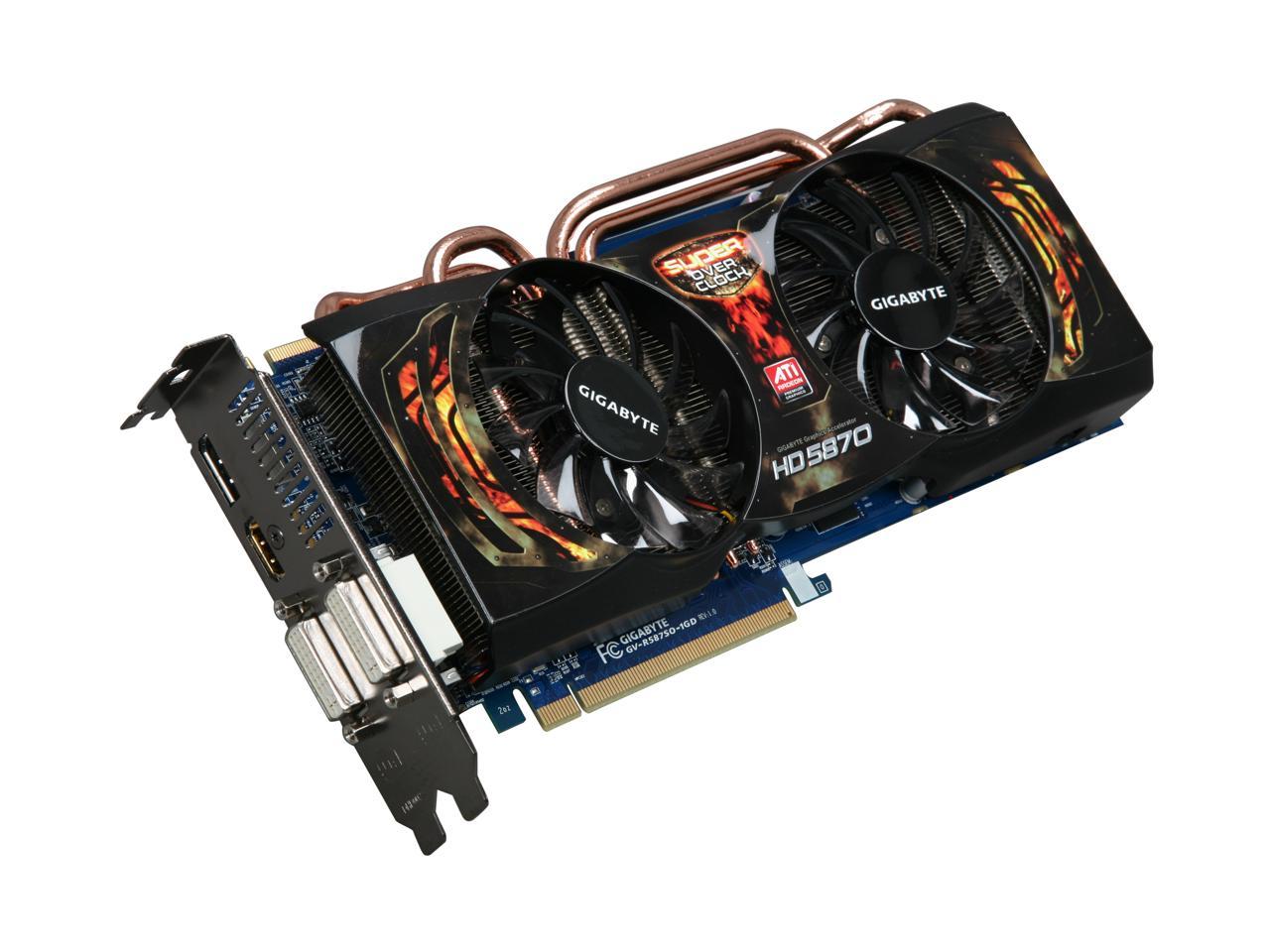 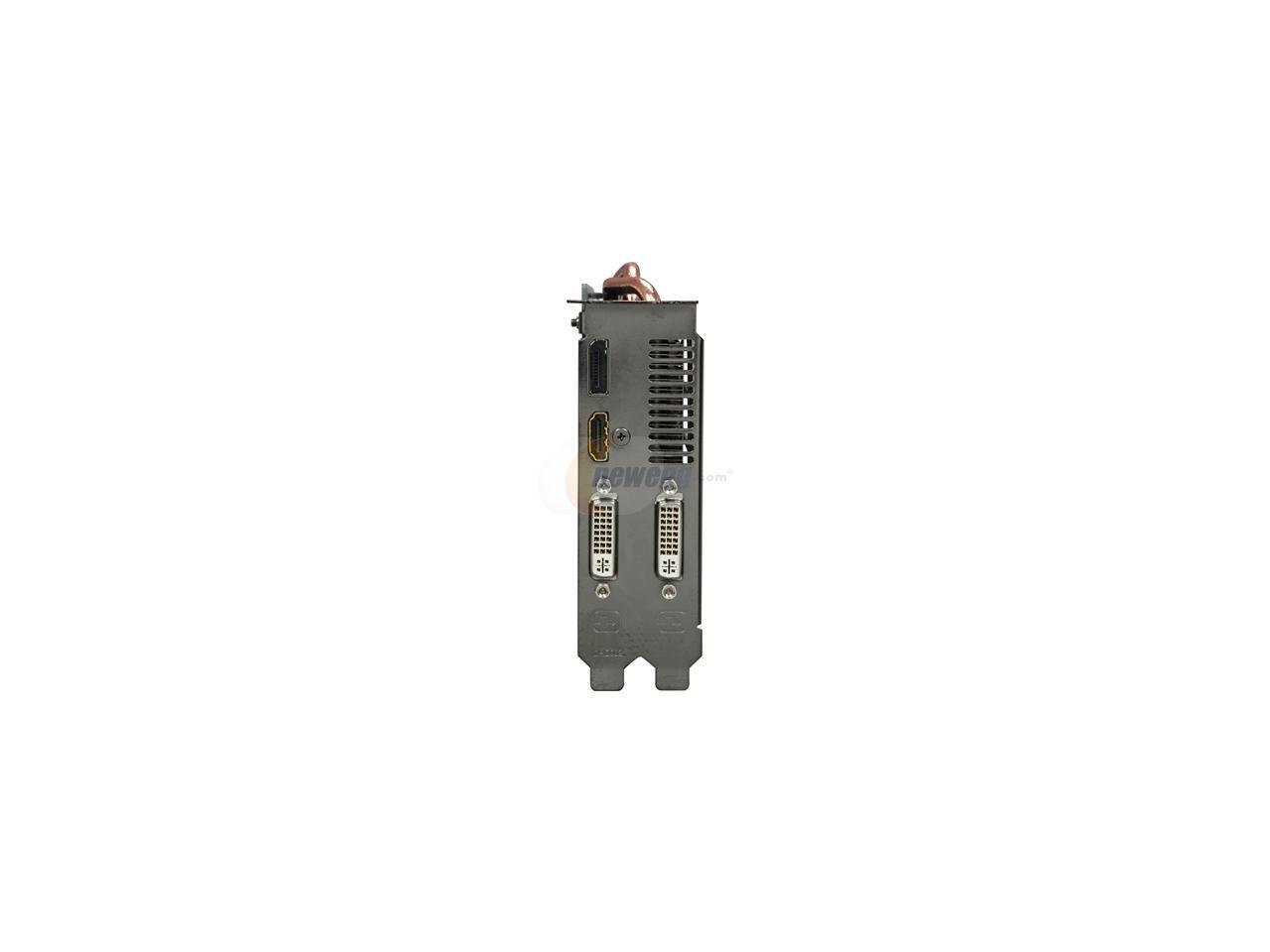 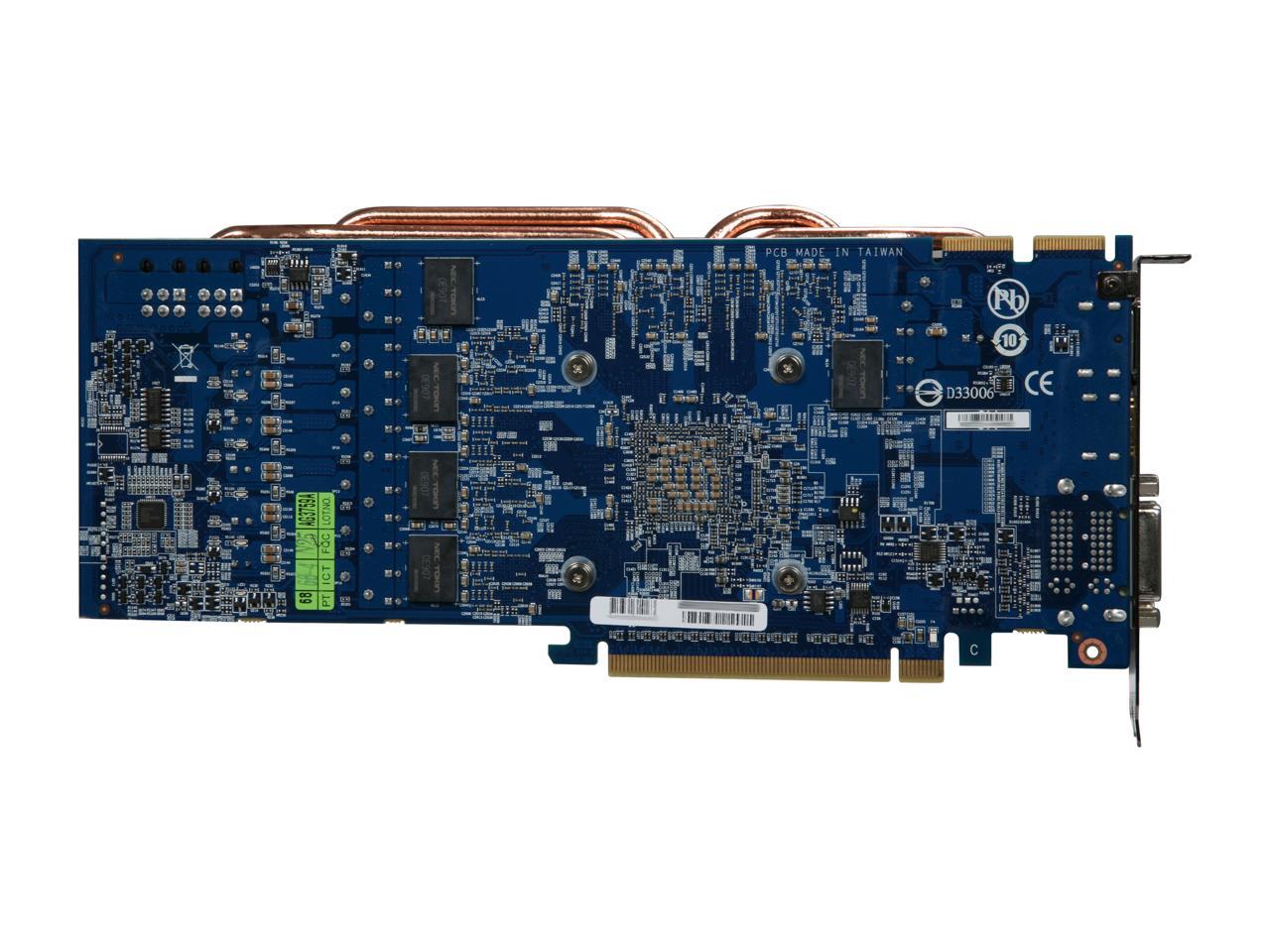 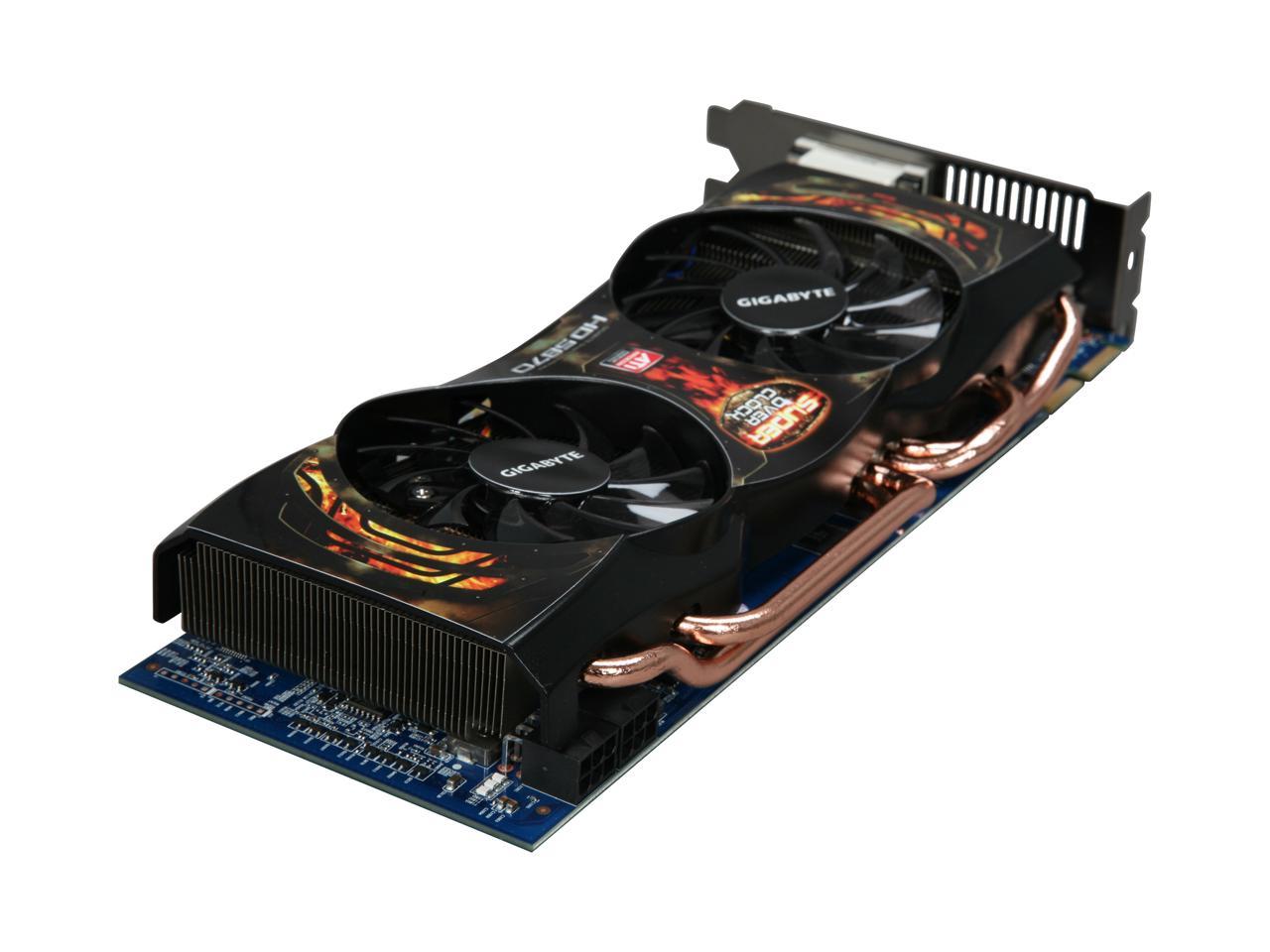 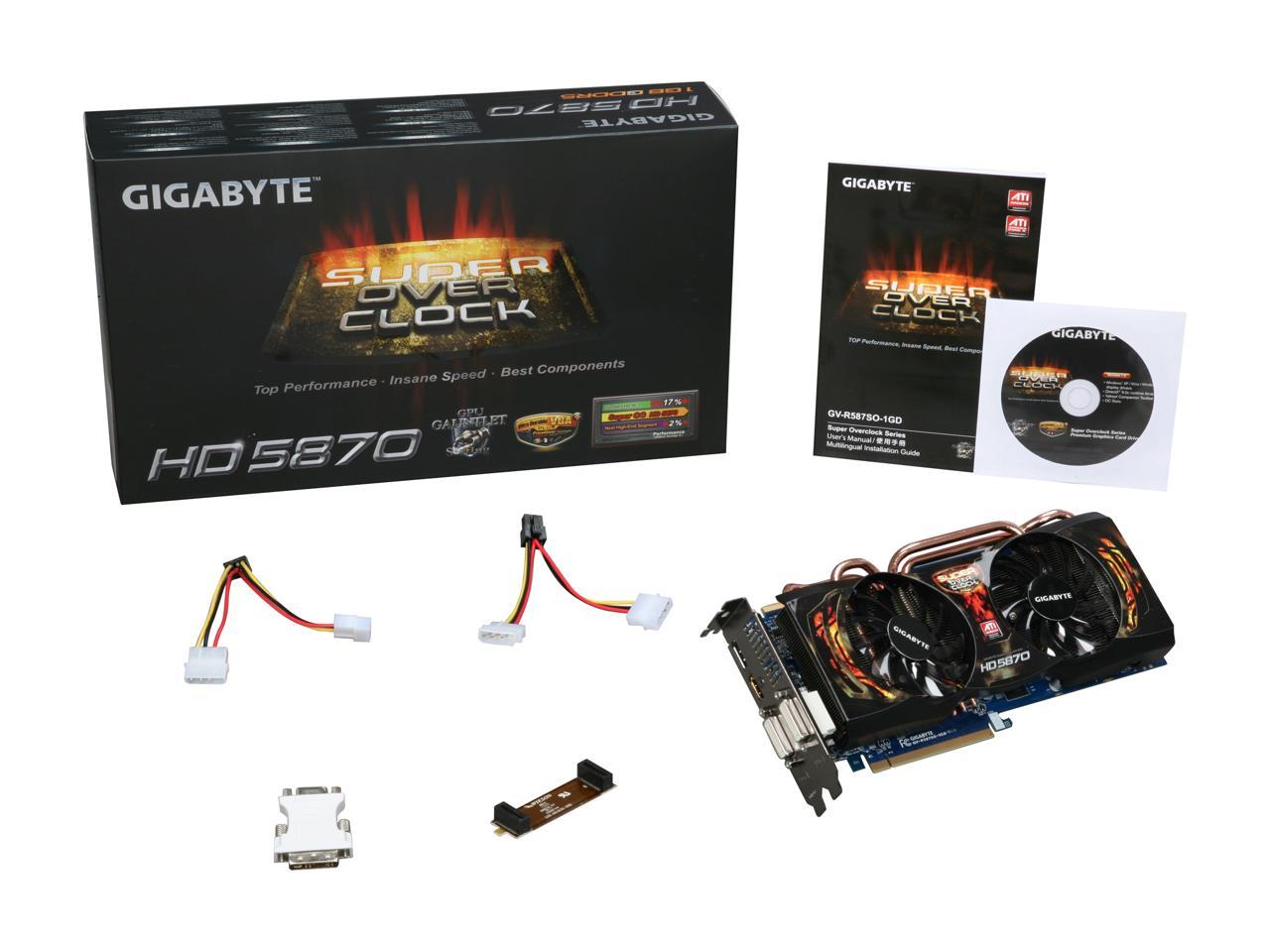 (19) Write a Review
OUT OF STOCK.
Overview
Specs
Reviews
Serious gamers require serious gear. That is why Gigabyte has developed the Super Overclock Series. All of the GPUs in these graphics cards have been cherry-picked for top performance, efficiency and reliability. Innovative GPU Gauntlet Sorting selection process ensures that only the highest-performing GPU processors are used for these graphics cards. Coupled with Gigabyte’s Ultra Durable VGA boards, users can rest assured that the Super Overclock Series graphic cards will not let them down as they enter the digital battleground.
The GV-R587SO-1GD features overclocked 950MHz Core Clock (standard 850MHz), and coupled with full Microsoft DirectX 11 support and ATI Eyefinity, Stream, Avivo HD and CrossFireX technologies, it enables rich, realistic visuals and explosive HD gaming performance so you can dominate the competition.

Learn more about the GIGABYTE GV-R587SO-1GD

Overall Review: - Comes in a HUGE, perrrty box - accessories, giant manual, etc, etc. Gigabyte really put forth on this one - I suppose keeping with the GTX 260 & 275 Super Overclock Series. - When I say this about the 5870 core temp - I have a GTX 470 Vanilla and I saw core temps with 70% fan generally hit 88deg consistently, even saw in the mid 90's. This may sound bias, maybe I didn't turn up the fan enough? I actually artifact-ed and my system hung, temps were extreme!

Pros: This card beats out my 4890 in crossfire in dirt 2 and crysis games, at the out of the box settings. Overcolcked to 1,000 core without a voltage increase, without a hitch. Very quiet, at 100% fan speed is about the same in noise to the 4890 reference at 20% fan speed. At full load this card top core temp is 71c. Card is very light weight so it won't stress components. The length is about 1/2 inch longer than refenence 4890, same width. The OC guru software seems nice, but I was using afterburner to monitor temps and fan speed for now Until I get used to the GURU workings. The default core voltage is 1.189 and OC guru can bring it up to 1.29 if wanted, haven't ran it like that though.

Overall Review: was hoping for lower temps, but with the massive overclocks, and my case may not be setup correctly with air flow yet and this card is whisper quiet, I can't knock it. now I don't have to overclock my i7 920 at all to get better frames than my 4890 crossfire. This card is a definite upgrade from a 4890 crossfire in all aspects.

Cons: The fans are a tad louder than what others have been saying, but maybe it's just me.

Overall Review: Note that this card will run at 950 MHz stock, so there's no need to install the utilities that come on the CD unless you want to. Also, I can't tell you how this compares to standard 5870s, so I can't tell you if the extra money's worth it. I am running a Q9550 OC'd to 3.85, so I'm not sure if that's helping to bump those framerates up. ATI's impressed me. Can't wait for their 6800 series!

Pros: This card is smokin! I can see a substancial difference from my 9800GTX+ SLI setup I was running prior to this. Running Age of Conan All setting on High and most Maxed out. Had to install Rivertuner to tame it a bit and enable Vertical Sync. So Far I love this Card! Had a Sapphire Vapro-X sent to me last week, RMA'd back. Nothing I did could make the GSOD dissapear. Hook this Card up, fired up right away. No crashes so far. Lets hope it remains that way.

Overall Review: Last week I was mad at newegg. This week they are my hero. The RMA process on the Sapphire vapor-x went extremely smooth and this car came in 2 day. Very Happy! Typical customer!

Pros: I was going to purchase a GTX480 since I was already using a GTX280 that I was very pleased with. I couldn't get one and I was tired of waiting so I flipped to ATI. This is an impressive card. Fans at 100% are barely noticable and much quieter than my GTX280. It is rock solid at 950Mhz which is the stock clock with this card. It runs everything on my 1900x1200 monitor at max settings without any errors.

Cons: It was pricey but, I was willing to spend the same amount on a GTX480.

Overall Review: The higher standard clock speeds on this card closes the gap between the stock 5870 and the GTX480. If you are looking for a compairable alternative to the GTX480, this is the card.

Overall Review: I previously had two Nvidia GTX 260 Core 216's in SLI. This single card scored better in Vantage in all presets (also by over 1,000 points in the extreme setting) and I haven't even overclocked it yet. Can't wait to try it out in some games. Beautiful!

Cons: Had to rma the first one I got last week, temps on the same benches above were 82-77c and the card was not very stable at the clocks it came with, would not last 5min in any stress test and temps were in the high 80s to 90s

Overall Review: Props to Newegg for the quick RMA, Thanks

Pros: As long as I have been gaming, I always used Nvidia cards. and this particular 5870 is my first ATI card, and I must say I am EXTREMELY satisified with my decision to switch over. I replaced my eVGA GTX 295 for this SOC 5870, and I saw a great performance difference. Bad Company 2 runs flawlessly maxed out even during the most intense combat siuations. Age of Conan runs like a dream, and even Crysis Warhead with just one of these 5870s runs amazing. I was expecting a performance hit, because I was going from technically 2 cards to 1, but I actually saw a noticeable increase in FPS. The card didnt arrive DOA, it's sexy, and is a brute force in gaming. This card has left an amazing first impression on me for ATI cards, and I will be switching permanently to ATI. As soon as I can, I will be buying another one.

Cons: NONE! Seriously. If you are a gaming enthusiast, this is the card to own! Maybe the price is a con, but you get what you pay for, and this is worth every penny!