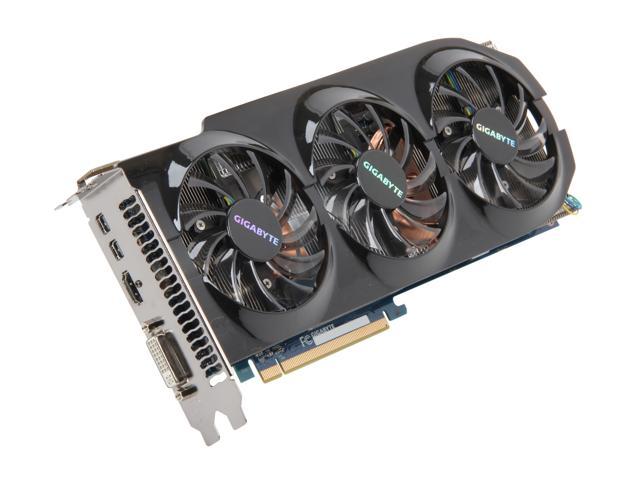 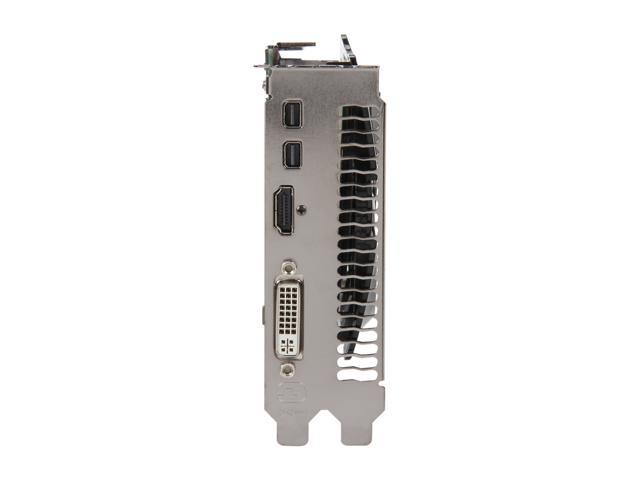 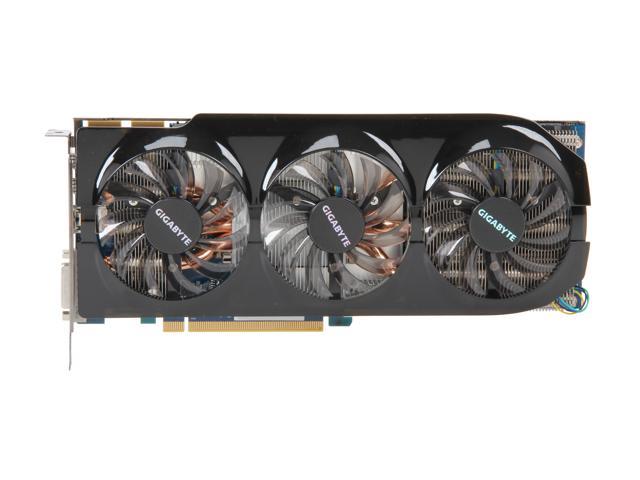 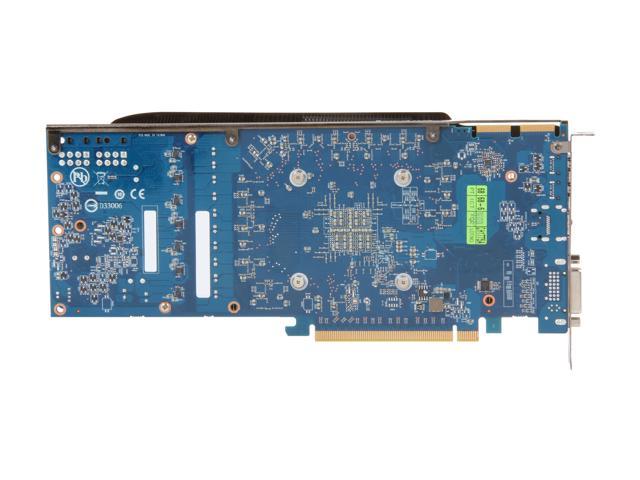 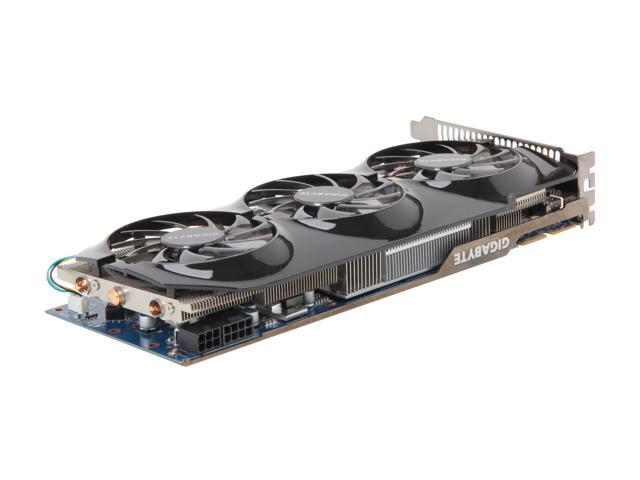 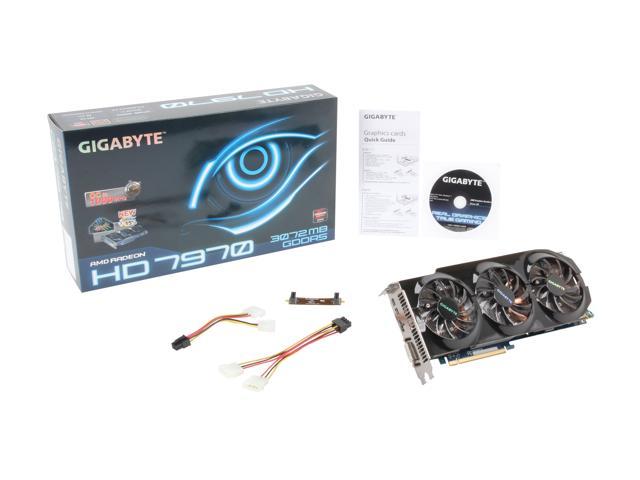 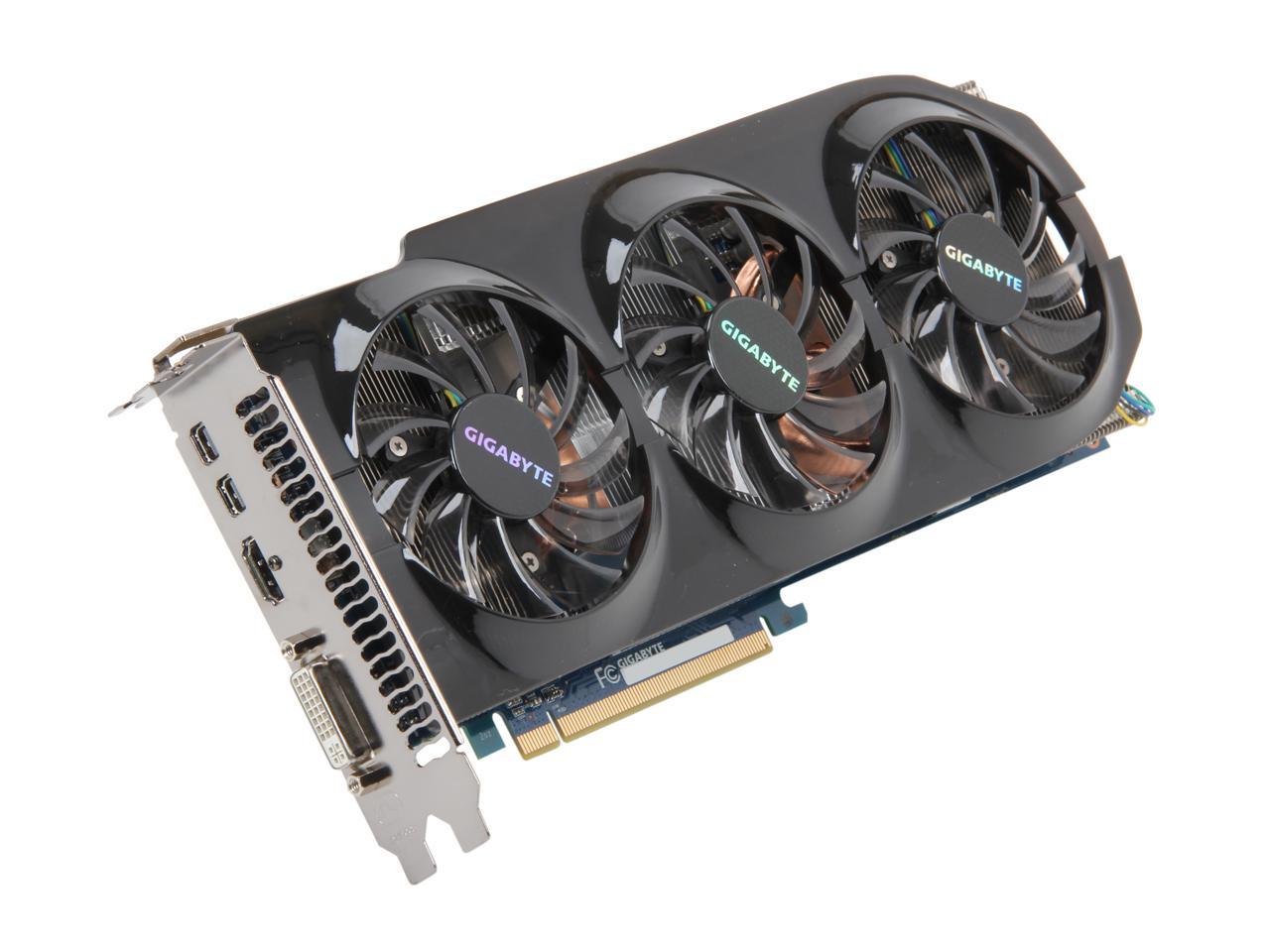 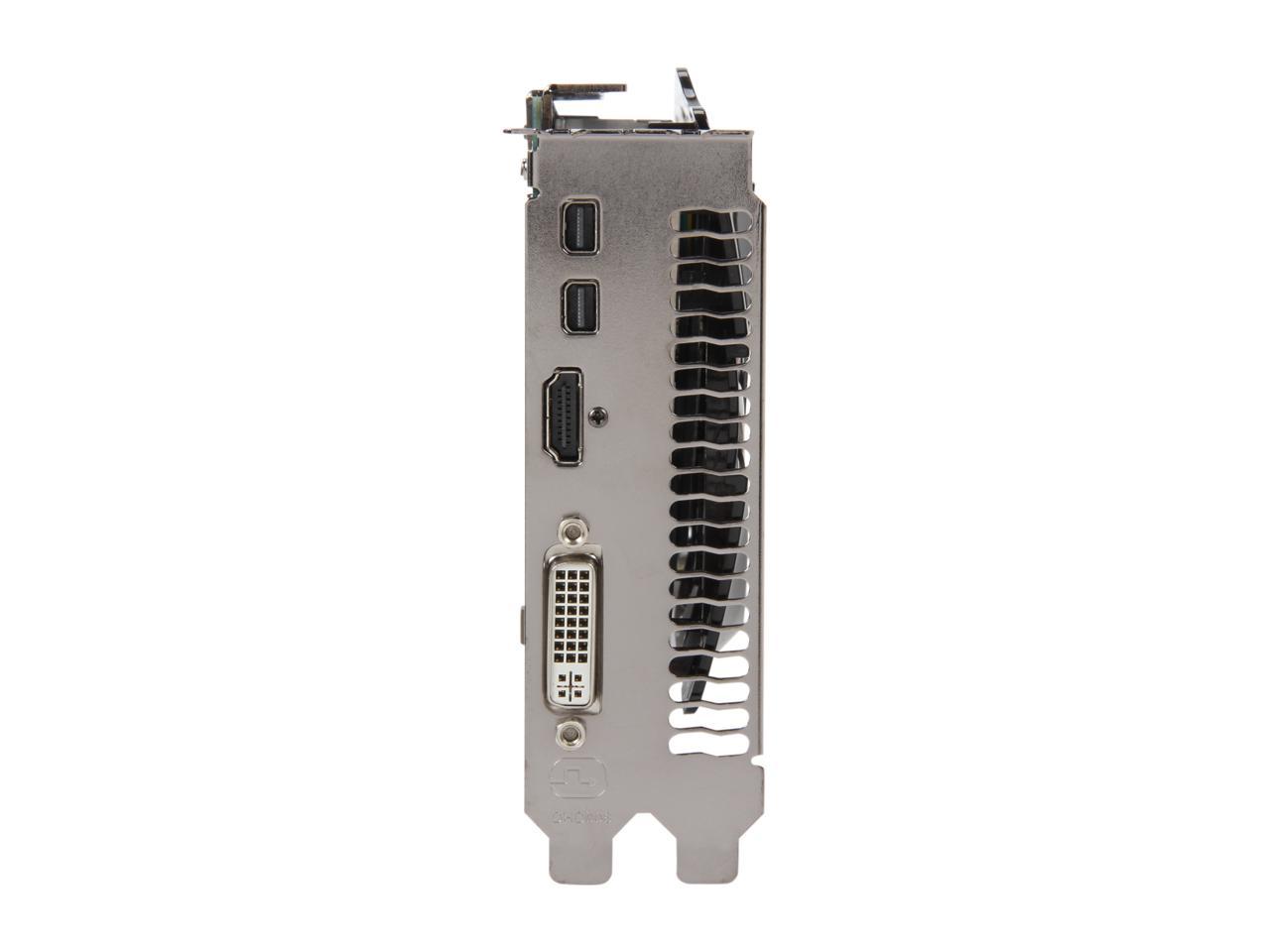 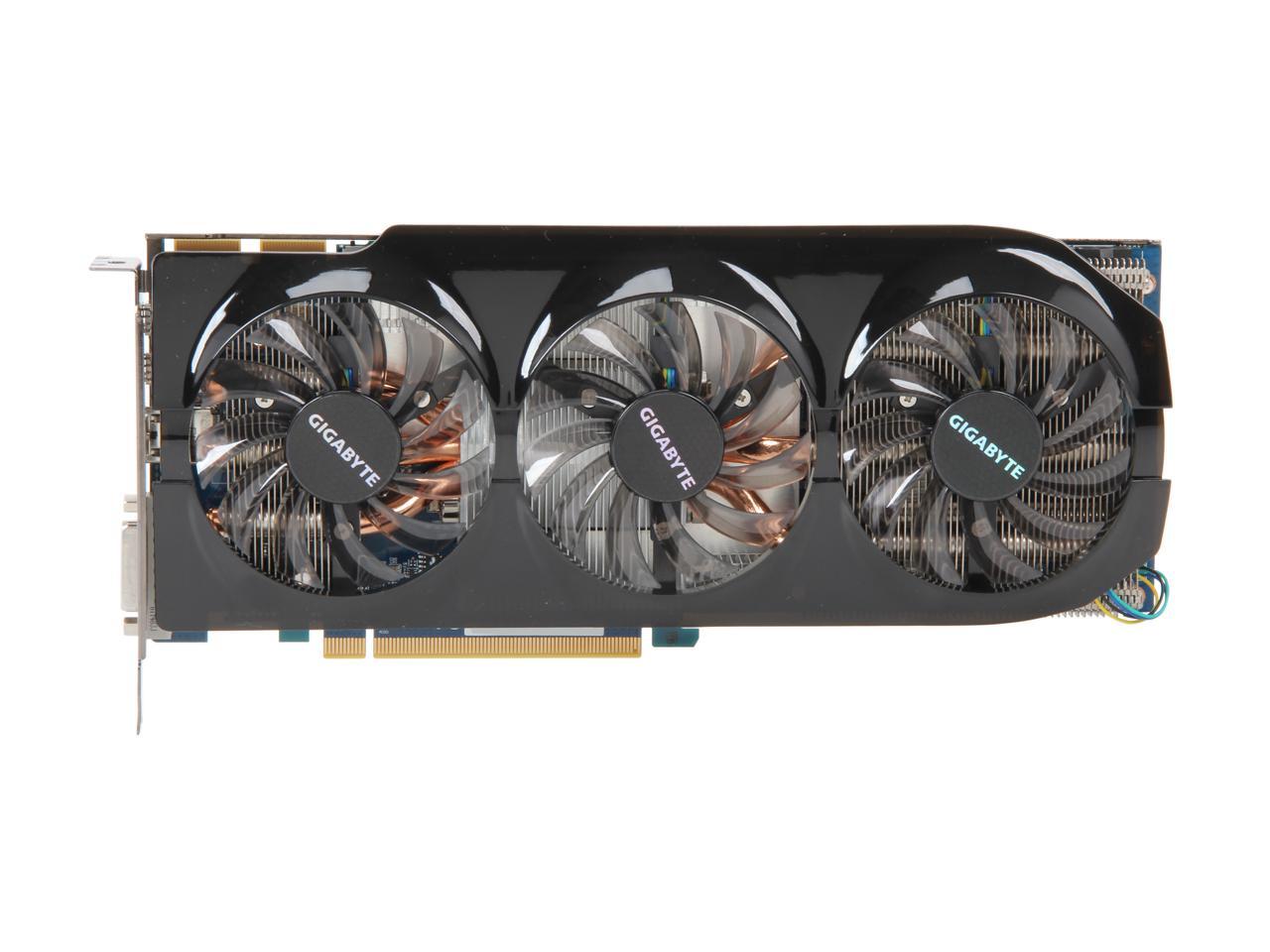 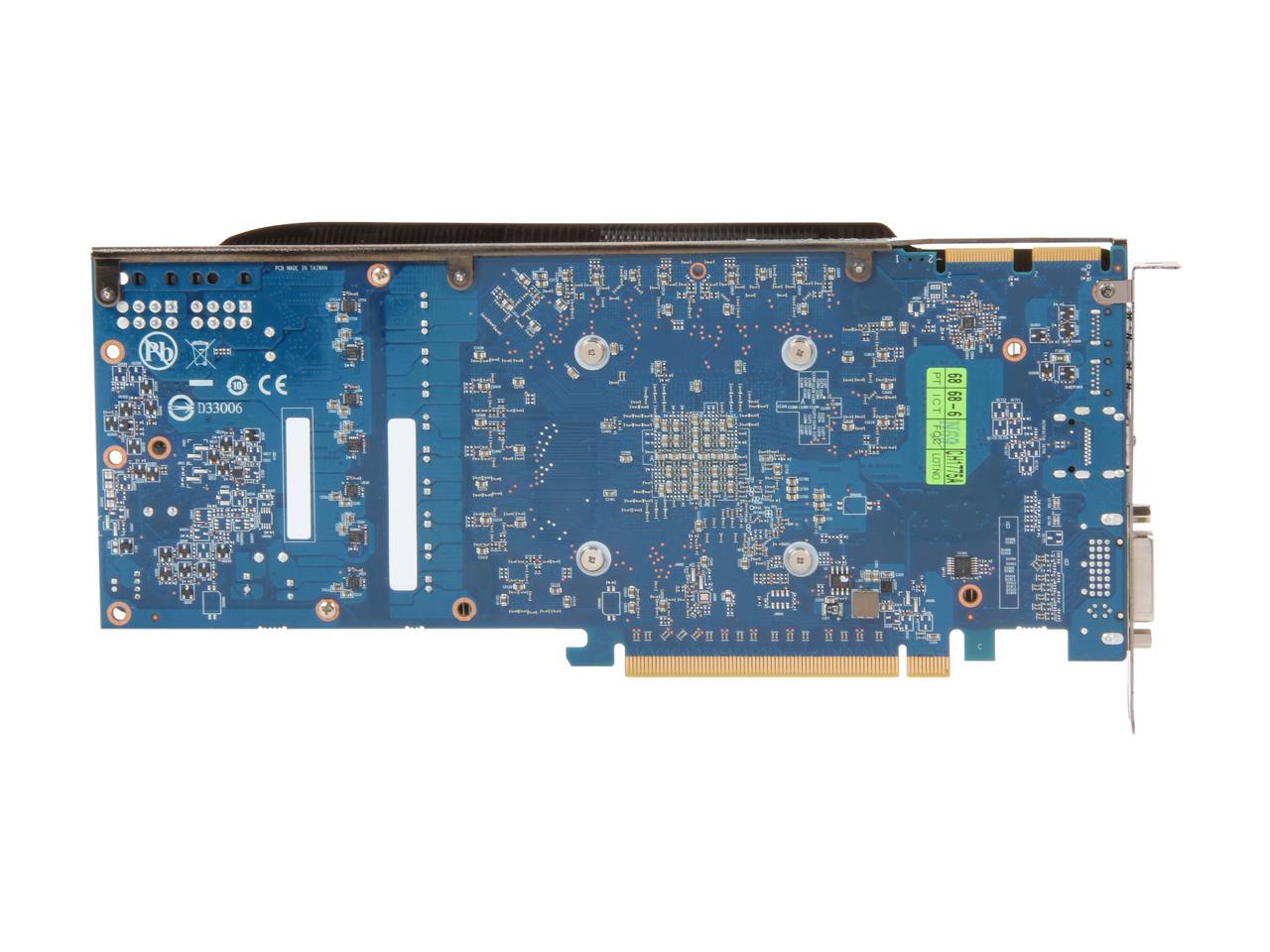 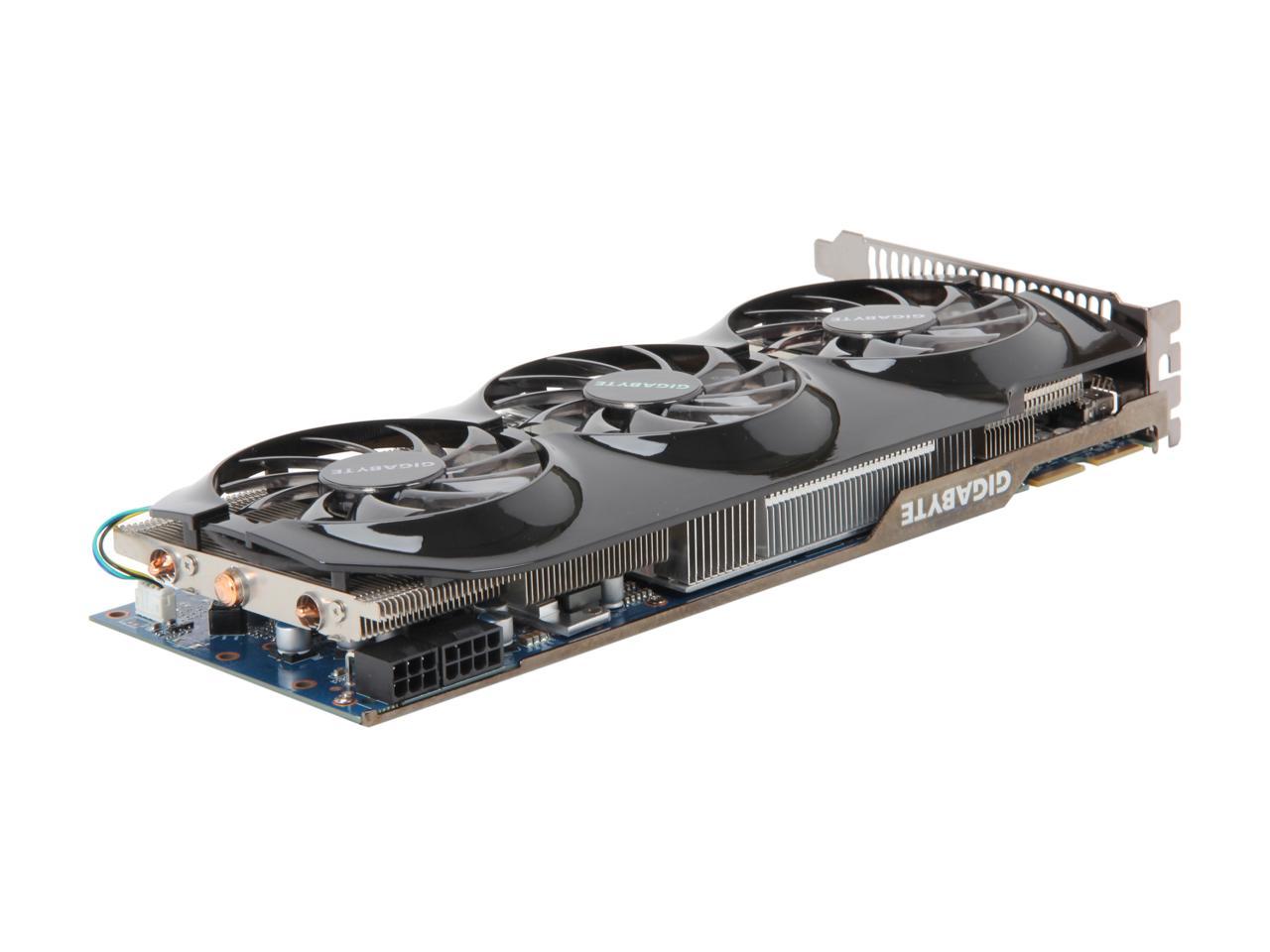 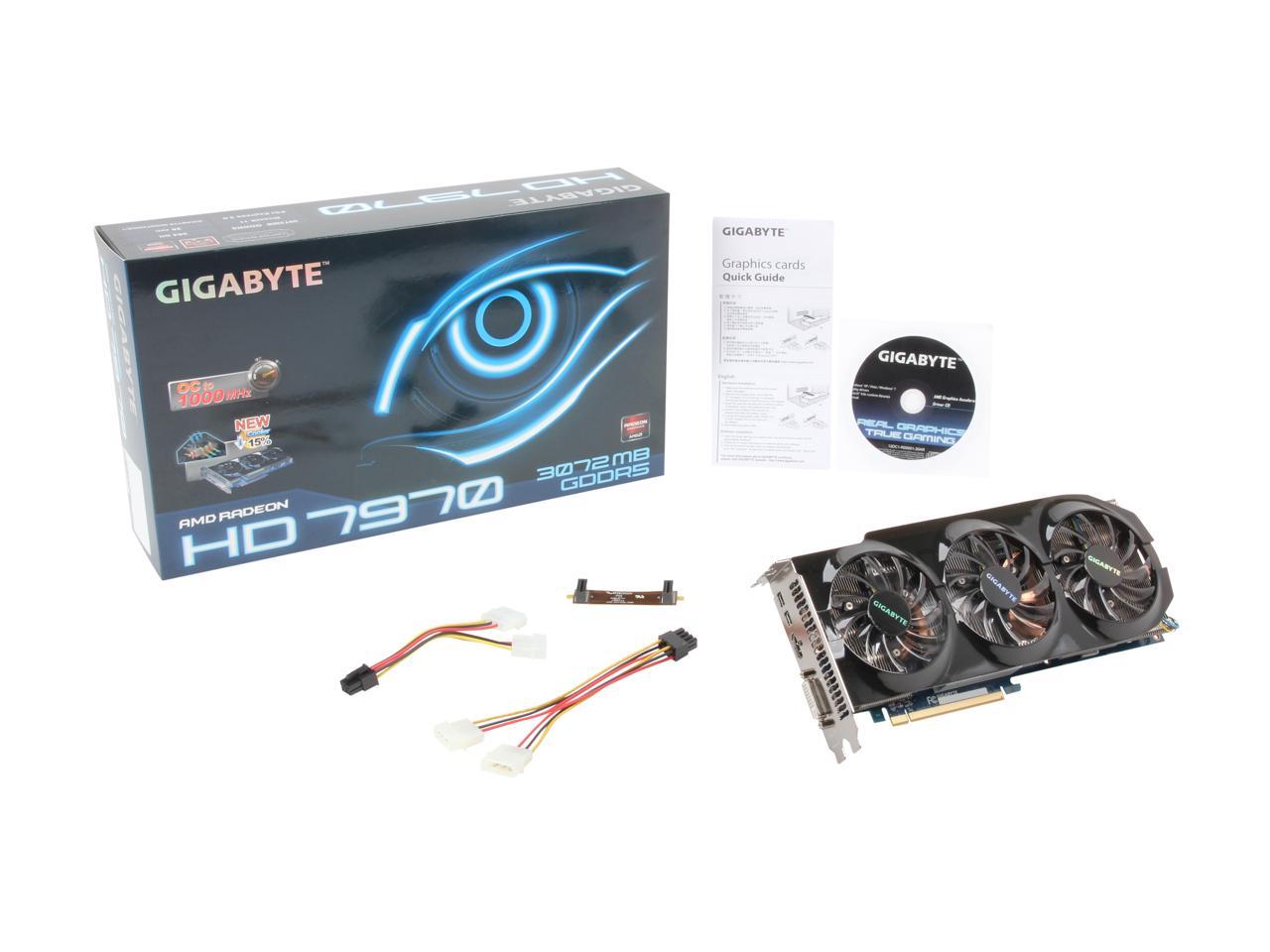 Learn more about the GIGABYTE GV-R797OC-3GD

Cons: Want to play wow or eve? You must have the exact settings (all low) as a ATI Radeon HD 5770. This card is NOT faster in any way shape or form.

Manufacturer Response:
Dear Customer, Thank you for your comments. We apologize for your difficulty with your GIGABYTE product. Please contact us at newegg-support@gigabyteusa.com with the case number 93259 in the subject line. We will provide personalized service and analysis to help solve your issue ASAP. If the matter is urgent, please send us your contact number, and we will contact you. GIGABYTE VIP Support Team
Cameron W.
Ownership: 1 week to 1 month
Verified Owner
Wonderful GPU3/28/2013 1:37:42 PM

Pros: Outstanding performance, FPS in games such as STO, Portal 2 and SWTOR are 30%-40% higher than with my previous Gigabyte 6870, which is still a good card but beginning to show its age. 384-bit GDDR5 memory results in excellent data transfer rates. Wonderful HSF covers the GPU, RAM and power section, leaving fewer worries about heat issues. 3 oversized fans turn at much lower speeds than a single squirrel-cage fan (standard,) I rarely hear this unit at all over the CPU HSF and case fans. The included free games (at this time, subject to change) BioShock and Crysis 3 are a nice bonus. While the card can draw significant power when utilized heavily, at idle it is very power-efficient.

Cons: Expensive, although no more so than comparable offerings from other companies. Still, I've paid less for a motherboard and CPU than for this baby. Only 1 DVI port, whereas several other manufacturer's versions are standard with 2 DVI. I therefore needed to purchase an HDMI to DVI cable to use this with two older (but still capable) monitors. Very long card, check the specs and measure your intended case prior to ordering. Requires a 6-pin and an 8-pin power connector, which all PSUs (especially some older ones) are not equipped to provide. If your PSU is setup for 6 or 8-pin only, you'll have to use one of the included Molex adapters. This is typical for all cards in this series, however. Draws significant power under load, a 550W PSU is the bare minimum recommended, but a 650W or greater is much more ideal to prevent running the PSU above 80% capacity for extended periods. All cards in this series draw similar power under load, not only this Gigabyte offering. Heavy card, I wouldn't recommend moving your PC very far with this GPU installed. If these cards get any bigger/heavier, manufacturers may have to devise some kind of standard additional support bracket to help distribute the weight and ensure the cards don't become unseated from the PCIe socket, which I've seen happen more than once.

Overall Review: In the past, my GPUs have always been in the mid to high-mid range cards (typically $250-$300) and I've always had great gaming experiences. This year, however, due to a larger than expected tax refund, I decided to splurge and go for a high-end card, and I couldn't be happier. This unit lets me max out all settings on every game I'm currently playing without so much as a hiccup, and still delivers them with a higher FPS than my previous generation AMD card did set at between 50% and 90% on most settings. Graphics are smoother and crisper than before, and I've noticed some things in several games that weren't even visible previously. If you don't mind spending as much on a GPU as you would a low end PC, this may be a great card for you, too. It's not perfect, I couldn't quite give it that 5th Egg, but I would have given it 4 1/2 Eggs if that were possible.

Cons: Mine was already opened.... Crashes from drivers a lot, I had to install a different driver and it all worked well... 12.11 beta drivers. (SUCKS)

Overall Review: I hate spending $400 on a graphics card that has CREARLY been opened before, with accessories missing and scratches on the box...

Cons: Long, and heavy. Either lay your case down, or support it until you get it mounted. If used in a small case like a Define Mini, the middle drive cage would have to be removed.

Overall Review: I bought this for bitmining, but will use it for games once the ASIC miners make GPU mining obsolete. Be aware that this needs 8-pin AND 6-pin PCIe power cables, although a system with an AMD 970BE showed 367W from my UPS while bitmining; games will use a lot less power. With this card, you may see blocky artifacts in Firefox; turn OFF hardware acceleration in Firefox, that's where the bug is, because other AMD cards do this too. I don't see any artifacts anywhere else (I tested some games on another company's HD7970), so I don't think it's AMD's drivers. I haven't had this card long, but it is so much better than the card it replaced that I wanted to post a review quickly. If you're in the market for a HD7970, get this one.

Pros: Three fan design keeps the card running cool and the fans are pretty quite ever at 100%. Comes with rubberized plastic coverings for the pci-e, crossfire, and output connections to keep them dust free. Bioshock 3 + Crysis 3 free.

Cons: If you were hoping to overclock your video card DO NOT buy this card. Gigabyte has locked the voltage on these cards thus making overclocking impossible. You can try to flash the bios from an unlocked version of Gigabytes 7970 but that may void your warranty if you ever have to rma it. Even at 50mhz more on the clocks you will experience artifacting, driver crashes, and system lock ups.

Overall Review: Go with the Ghz Edition or another vendor. This Gigabyte card sucks unless you feel no need to keep your warranty.

Pros: Standard clocks are decent, 1000, 1375. Cheap *Newegg waived the restocking fee and let me return a gamecard even though i used it. GO NEWEGG WOO! Great customer service

Cons: THIS CARD HAS LOCKED VOLTAGE. Even flashing new bios generally will not work around this, as it is a HARDWARE lock. The newer releases (one bought 3/11/13) ARE LOCKED AND CANNOT BE OVERCLOCKED AT ALL. Returned Other than that, fan issues! Loud vibrating sound coming from one of the two cards i got. Terrible fan design, when in CF in pcie slot one and two, there is ZERO clearance. The fan scraped against the top of the card below it occasionally and bugs out. CROSSFIRE BRIDGE TOO SHORT to use when separated to slots 1 and 3, require 10cm cf bridge purchase.

Manufacturer Response:
Dear Customer, Thank you for your comments. We apologize for your difficulty with your GIGABYTE product. Please contact us at newegg-support@gigabyteusa.com with the case number 94542 in the subject line. We will provide personalized service and analysis to help solve your issue ASAP. If the matter is urgent, please send us your contact number, and we will contact you. GIGABYTE VIP Support Team
Gerald T.
Ownership: more than 1 year
Verified Owner
Awesome reliable card!!!!6/11/2015 6:31:04 AM

Cons: none, only reason i am upgrading now is so my kids can get these as upgrades.

Overall Review: I break all the rules, when its time to clean it out i use my cheap 2hp air compressor and just blast away. never hurt anything. but i dont try to blow the fans smooth off of them. lol