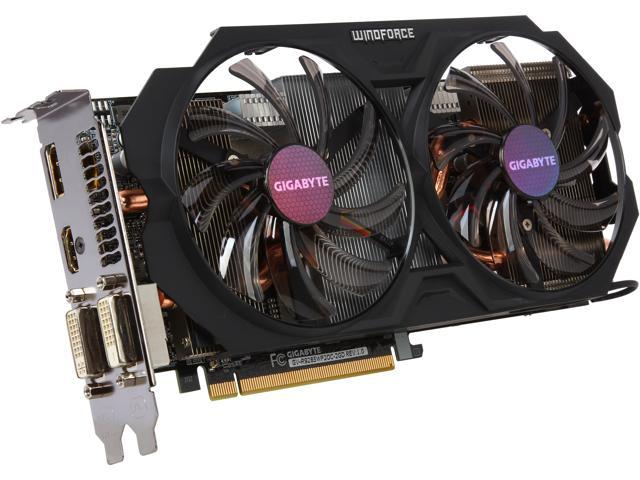 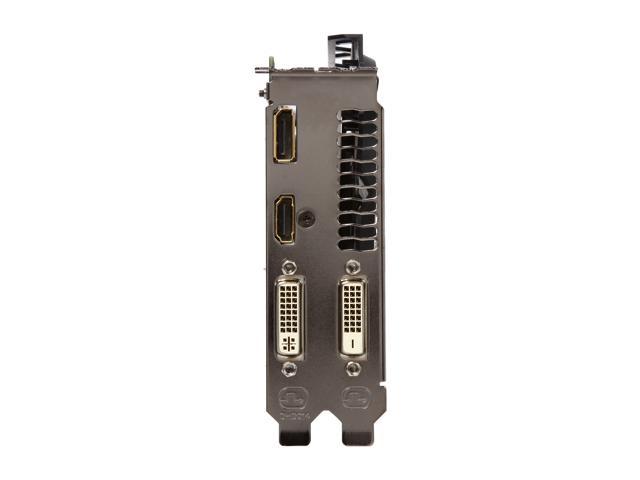 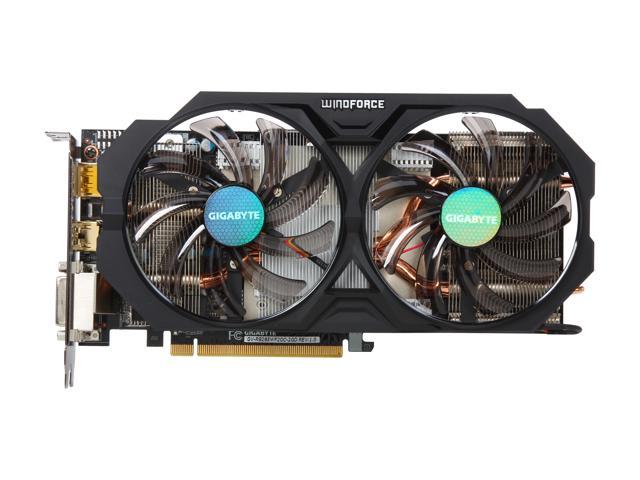 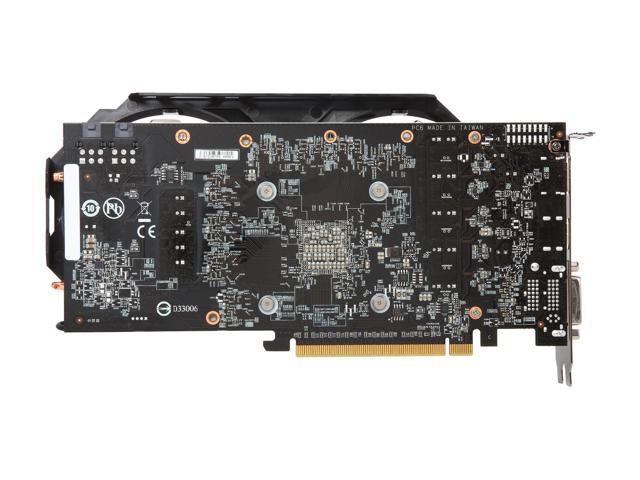 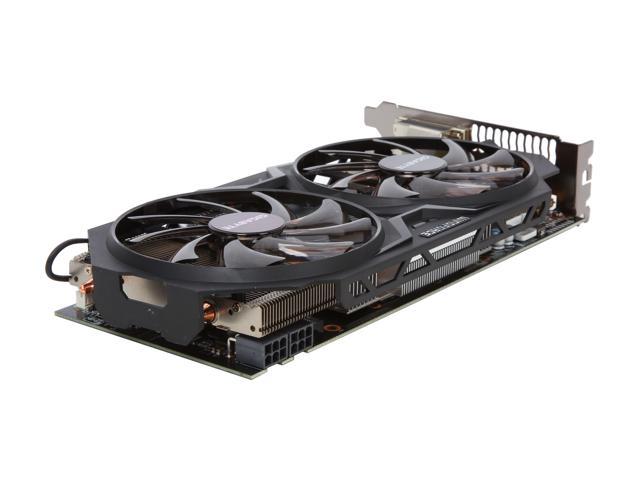 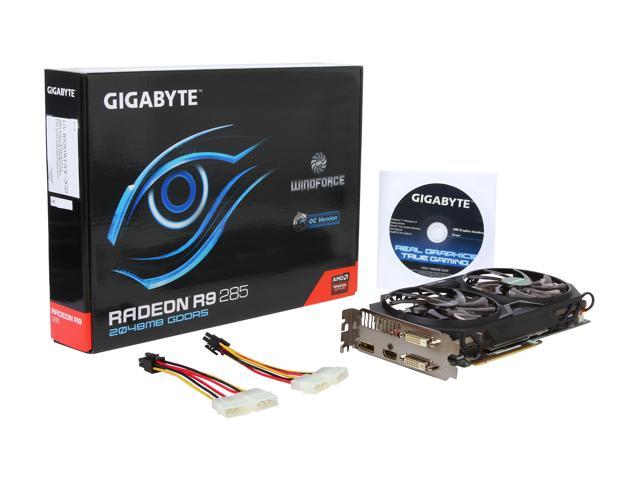 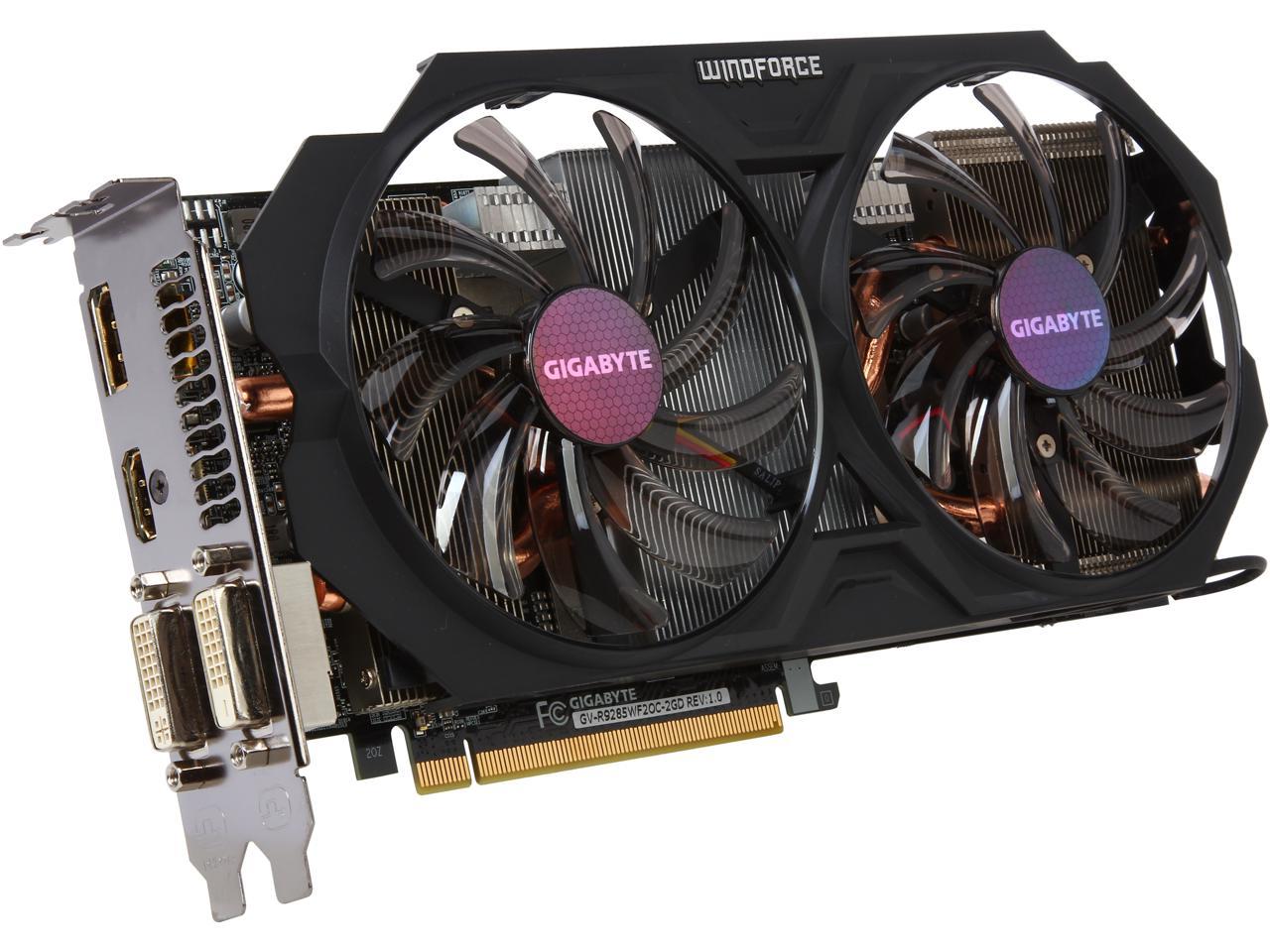 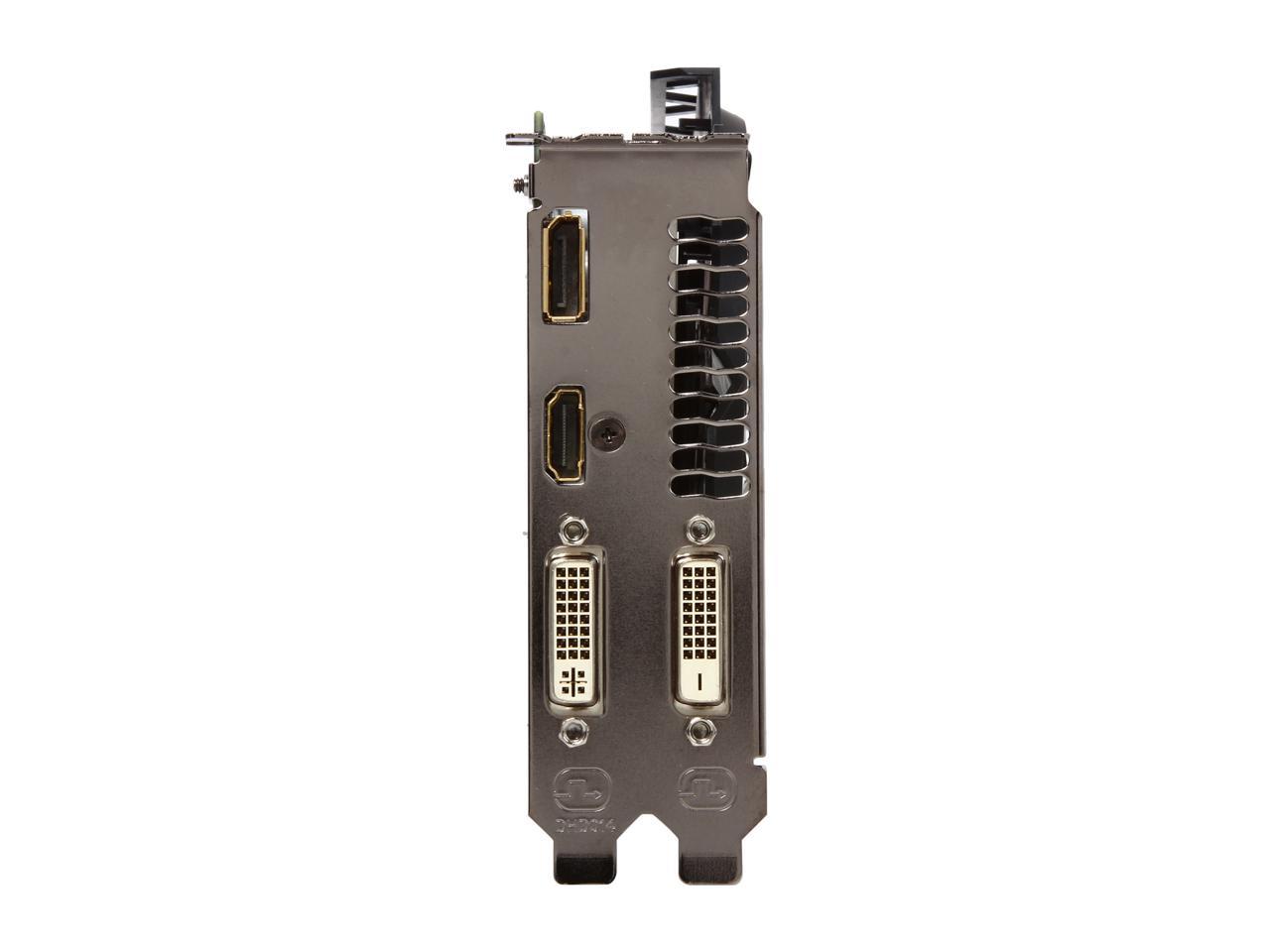 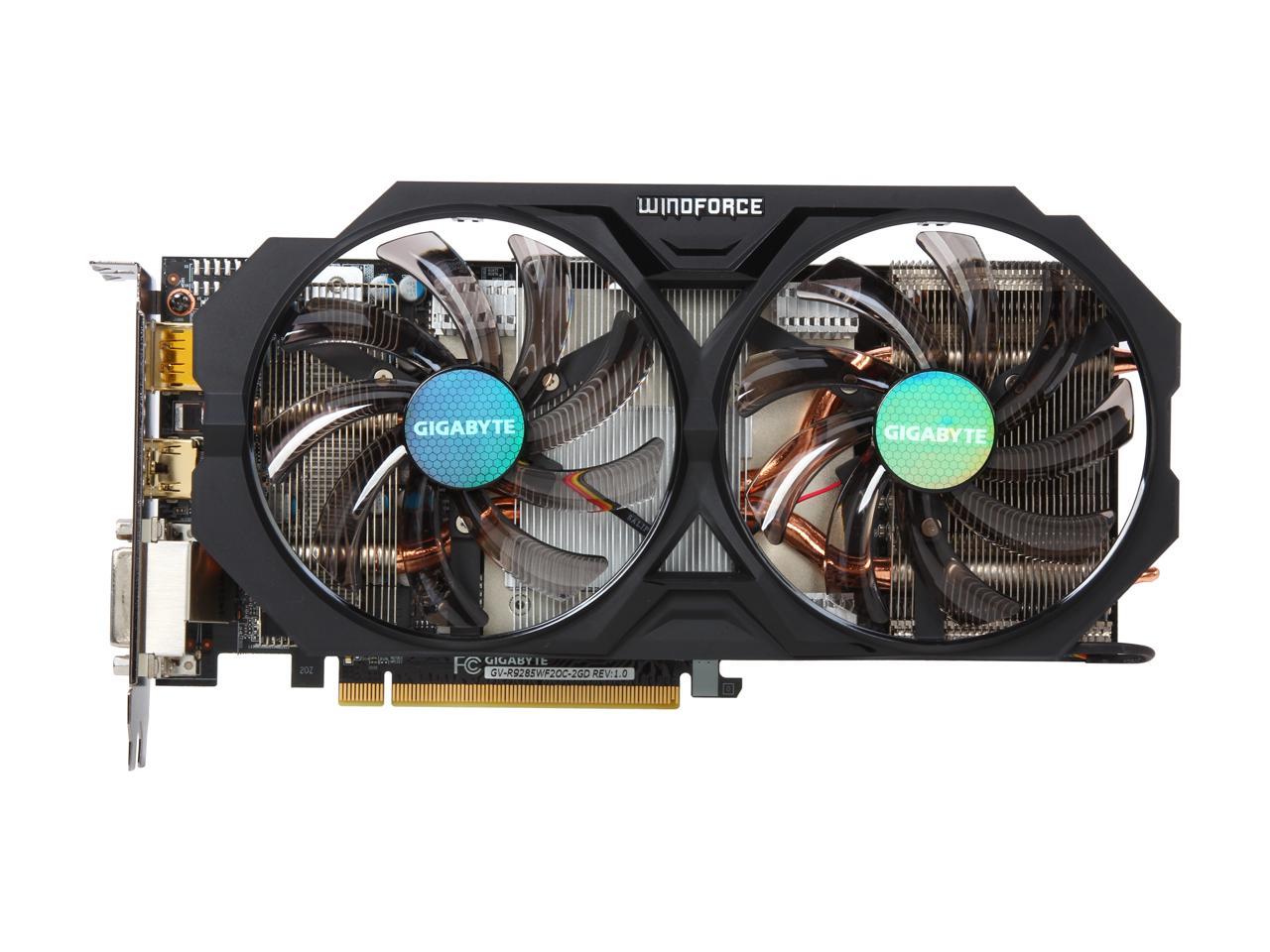 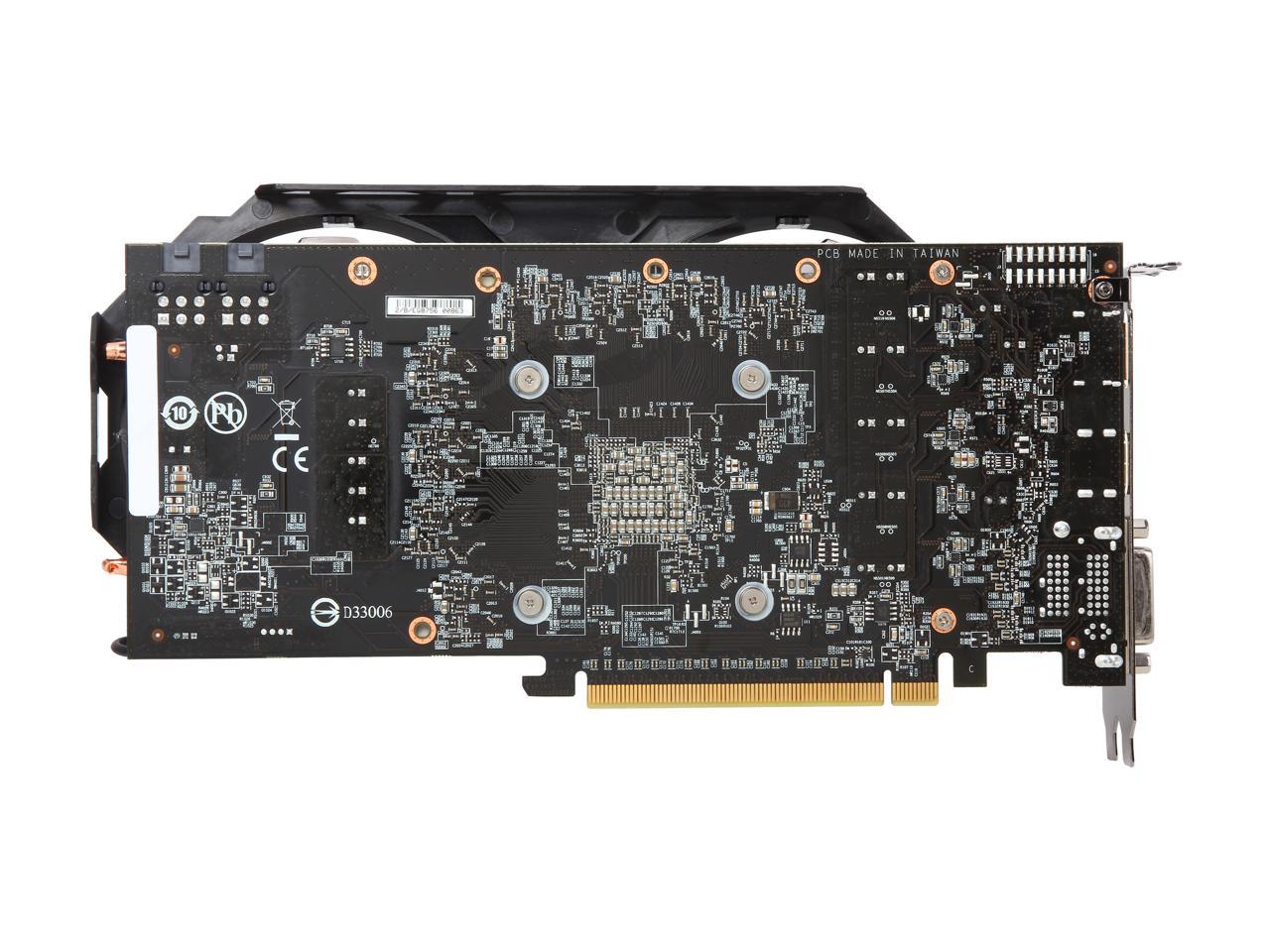 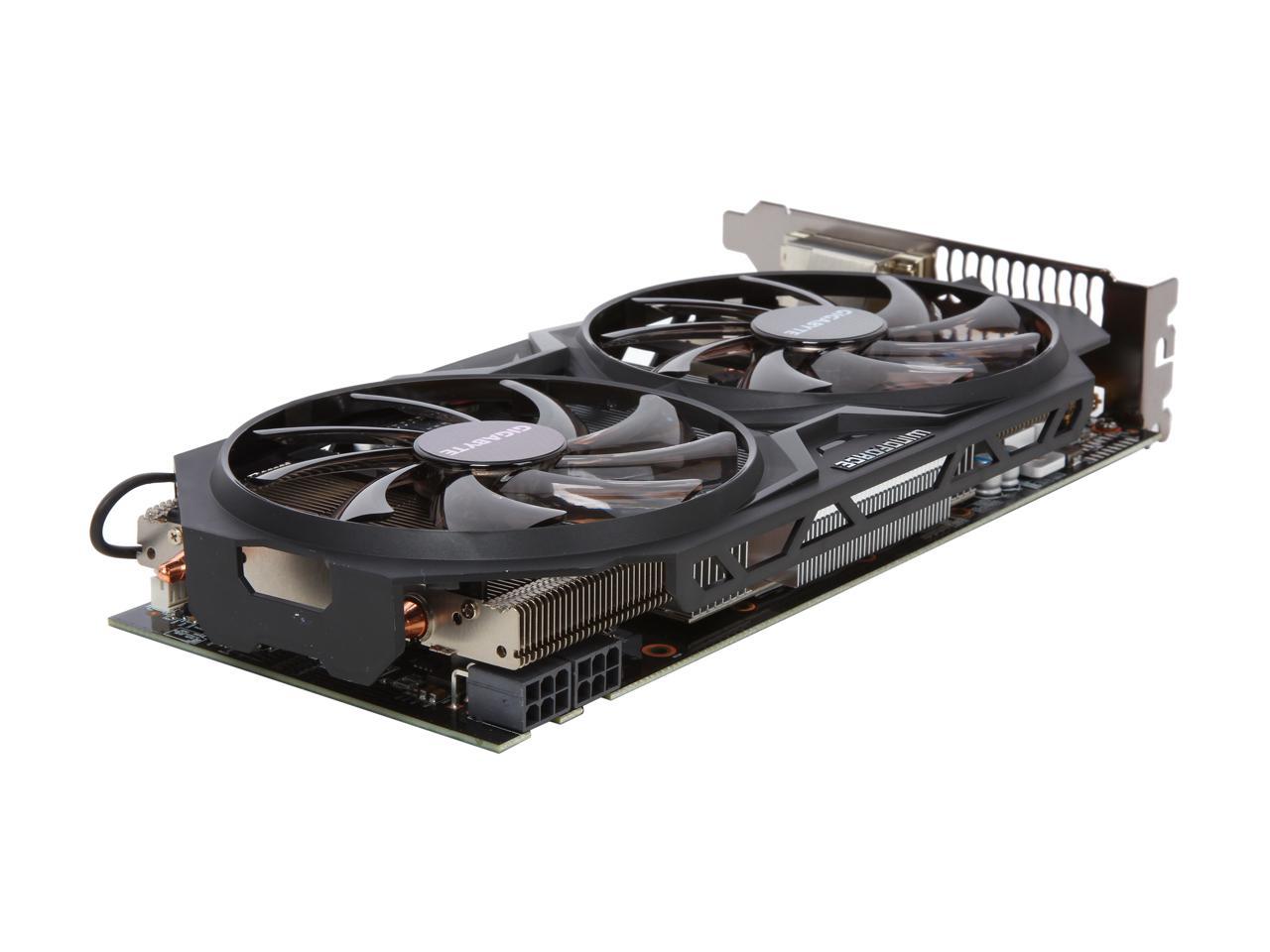 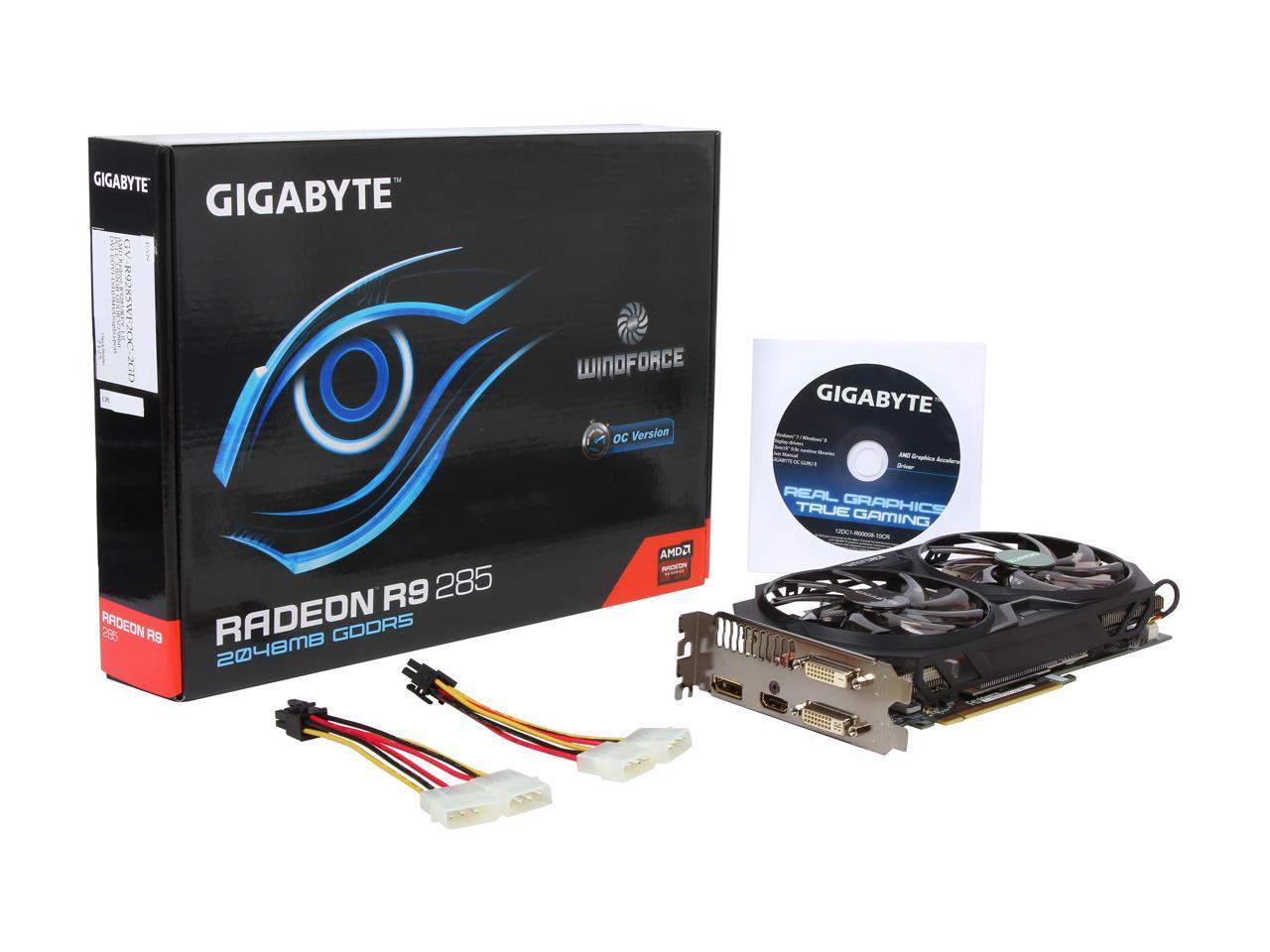 The GIGABYTE GV-R9285WF2OC-2GD is powered by a Radeon R9 285, the latest AMD GPU designed to play demanding PC games at better detailed resolution than any card in its class. Based on highly acclaimed AMD GCN architecture and boasting support for DirectX 11.2, the Radeon R9 285 gives you the power to enjoy today’s hottest games — and tomorrow’s, keeping you in the fight whatever the circumstances. With Ultra Resolution Gaming you can leave HD in the dust by gaming on displays much, much larger. Whether using a 4k monitor or combining multiple HD monitors, you’ll get an expansive experience that’s truly out of sight. A rich set of AMD innovative technologies is included, such as App Acceleration, AMD PowerTune, AMD ZeroCore, and AMD HD3D technology. With these technology advancements, you'll get more than one way to elevate your gaming experience.

This model is factory-overclocked to 973MHz Boost Clock (918MHz for reference design) to offer more graphics power out of the box. The exclusive WINDFORCE 2X cooling solution with anti-turbulence fin keeps your card cool and quiet even during extended game sessions, while the Ultra Durable VGA design ensures the industry-leading durability and reliability critical for heavy-duty use.

Learn more about the GIGABYTE GV-R9285WF2OC-2GD

Cons: Maybe only one. I would guess being a new card that the drivers can still be tweaked for better performance.

Pros: Very Impressed by the performance of this Tonga: generational change on the GPU front. Performs very close to R9 280X but smoother. I don't know what they did with the Tonga chip but it is a real performer. I sold my R9 280X and upgraded to this for $15 cheaper after MIR and I am happy I did. Great Bargain!

Cons: The newegg description has this listed as 15.9" rather than the actual 10.25 it is. I ended up going to the Gigabyte website and it is listed there as 10.25" before I bought it. Almost did not buy it as my case would not handle a 15.9" card.

Overall Review: Because it was listed incorrectly, I suspect this is why it has a substantial rebate. Good for me! :-) The Tonga is a brand new third generation architecture whereas the R9 280/R9 280X are first generation. Looking forward to the Tonga (R9 285X?) version. Should be able to compete with top end Nvidia cards.

Cons: None that are really worth noting. Oh, I hear the fans spin up when I first power up the PC, but then they settle right back down. I don't think I've heard any more than the faintest noise from the fans when the PC is running, either desktop apps or gaming... and I tend to be pick about that sort of thing.

Overall Review: I bought this to update my PC from the old Radeon HD 6670 I was using, and, obviously, being a much more powerful card, it made a huge difference. I admit that I had to also update my PC, which was about 3 years old, because the BIOS wouldn't recognize the card, but that's not the card's fault. Also, due to the case and the barely-long-enough SATA cables that came with my PC, I had to order longer SATA cables. Again, not the card's fault. In any case, while I probably am not pushing the card to its limits, I play most of my games (not necessarily the latest and greatest) at 1080p with the details turned up, and there's no hiccups. Not sure about hearing any coil whine or not, but maybe it's because I cap things at 60fps, since I run my monitor at 60Hz. I'm happy with it... though, *sigh* technology marches on, and it's $50 less now an than it was when I bought it 4 months ago, and with a slightly bigger rebate than before.

Pros: * Overclocked out of the box * Has run all games that I own at great quality and frame rate (Skyrim, Gauntlet, Civ 5, Civ Starships, Lego games) * Quite and relatively cool at low to medium load * No failures as others have noted

Cons: * I knocked 1 egg off as it is a bit on the noisy side at full load (not generally an issue since most of the time headphones are on)

Overall Review: I've purchased several Gigabyte products, and perhaps am fortunate that none have been DOA or otherwise problematic. This was a nice upgrade (good price/performance) over the HD 6850 that I had been running. For the types of games played in our family, this works very well. note: It can run Thief at High quality levels, though ultimately I could not get the game itself to run properly due to sound issues.

Pros: The Card itself is solid, Great overclocker and never passed 70 degrees on a burn in test with an (1100) core clock and 1475 (mem clock) overclock. The card also runs silent. (no whiney coil prob for me). For this price with a good overclock your in the 280x/770 ballpark with the newer features of the tonga chipset.

Cons: The 285 has given me some driver issues not allowing me to install the lastest drivers (14.4 as of this date) or the beta drivers (14.7) so i had to use the 14.3's and its been stable. Also had an issue that some new card buyers (Nvidia/AMD alike) get with crashing when streaming video but after disabling GPU Video Acceleration in chrome i've had absolutely no probs with the 285. The driver issue could be a personal problem and not a widespread one but figured i would share anyway.

Overall Review: 4GB's would have made this a bit more future proof but as is now its still pretty amazing for the price point.

Cons: Worked for four days, during which I got to play zero games. Failed in a manner that caused the circuit breaker in the panel box to trip. Computer will no longer POST with the video card installed.

Overall Review: When the video card failed, the Windows "Blank" screen saver would have been running. I was also asleep, so I don't have many details on what happened when it did fail. All I know is that I woke up to the sound of the UPS on battery backup, discovered that the circuit breaker in the main panel box had tripped, and first thought the power supply had failed. Purchasing a new power supply did not resolve the problem. However, the computer boots when the video card is pulled and the integrated video on my i7 processor is used. So I'm disappointed that the video card didn't even make it far enough into the weekend to start playing the first video game (much less last as long as the card that was in this computer, which I moved to a different computer). Since I haven't cut the UPC from the box, I'm still debating as to whether I want to return or exchange the card.

1 out of 2 people found this review helpful. Did you?
Manufacturer Response:
Dear Customer, Thank you for your comments. We apologize for your difficulty with your GIGABYTE product. Please contact us at newegg-support@gigabyteusa.com with the case number 122598 in the e-mail subject line. We will provide personalized service and analysis to help solve your issue ASAP. If the matter is urgent, please send us your contact number, and we will contact you. GIGABYTE VIP Support Team
Anonymous
Ownership: less than 1 day
Another unimpressive card from Gigabyte9/9/2014 12:13:48 PM

Cons: On Gigabytes end, this card is just atrocious. Noisy and hot, and those are the two worst things you can have, not to mention some very noticeable coil whine. I have a 4790K 16gb 256gb ssd 2tb hd r9 285 msi gaming 7 z97 mobo and a rosewill blackhawk ultra. The case has AMAZING airflow with like 8 fans preinstalled, as large as 230mm for three of them. 39 celcius IDLING. Load is about 82 celcius. My previous card, a GTX 680 by MSI ran about twice as cool. Also, It is extremely loud compared to a GTX 680 and my friends GTX 770.

Overall Review: All in all, a great card, but I feel MSI's version may take the cake for this GPU,

4 out of 16 people found this review helpful. Did you?
Manufacturer Response:
Dear Customer, Thank you for your comments. We apologize for your difficulty with your GIGABYTE product. Please contact us at newegg-support@gigabyteusa.com with the case number 113825 in the e-mail subject line. We will provide personalized service and analysis to help solve your issue ASAP. If the matter is urgent, please send us your contact number, and we will contact you. GIGABYTE VIP Support Team
James B.
Ownership: less than 1 day
Not a good deal4/19/2015 11:00:37 AM

Pros: performance between a R9 280 and 280x but lower power requirements

Cons: It is basically the performance of a R9 280 but at its current cost, it is not a good deal.

Overall Review: You are better off with the R9 280 unless you absolutely need the lower power specifications, and if you do you may need to consider a higher wattage power supply.