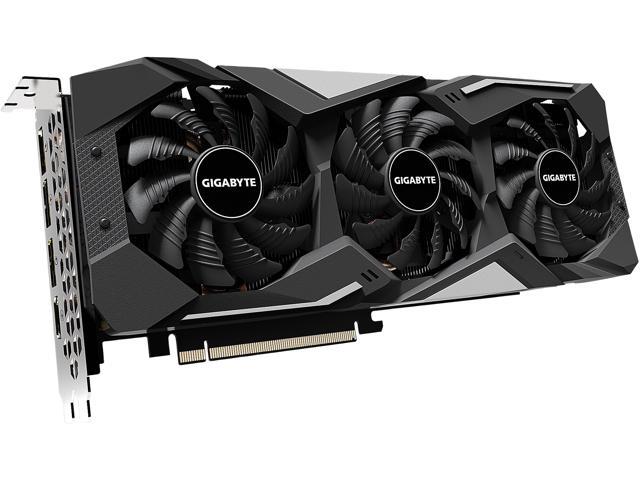 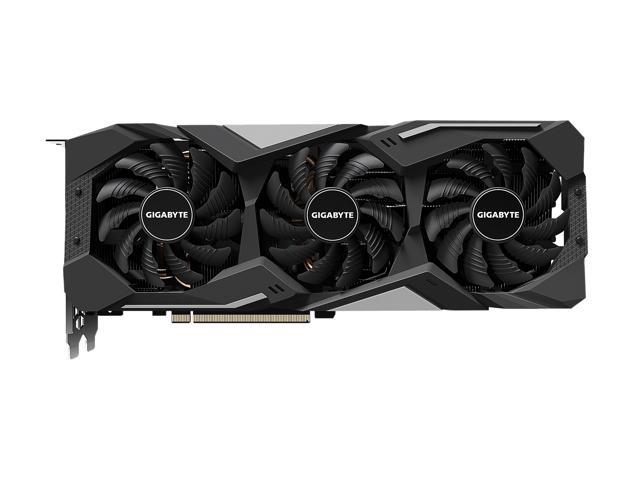 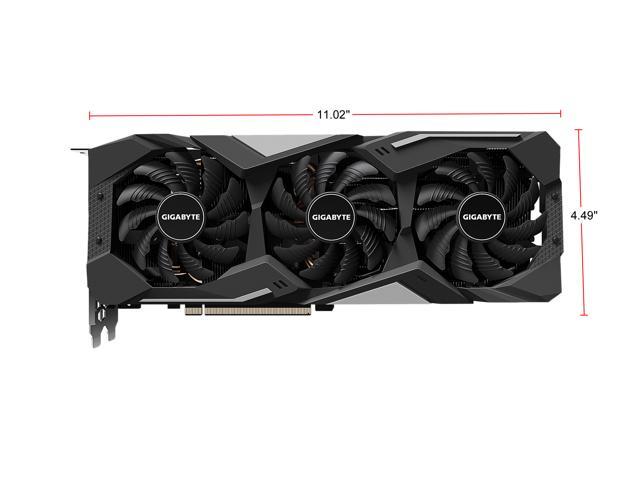 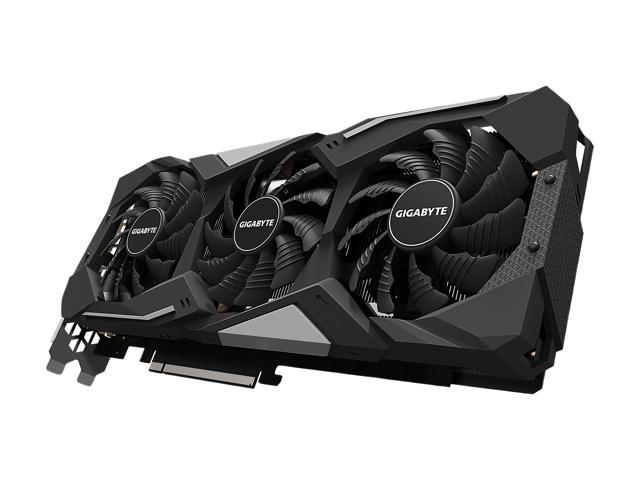 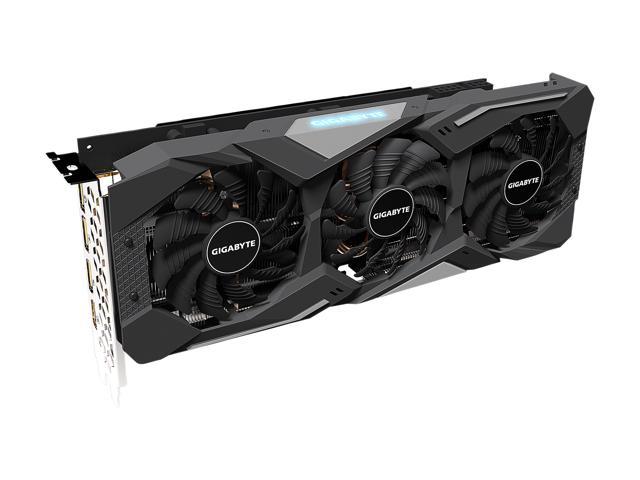 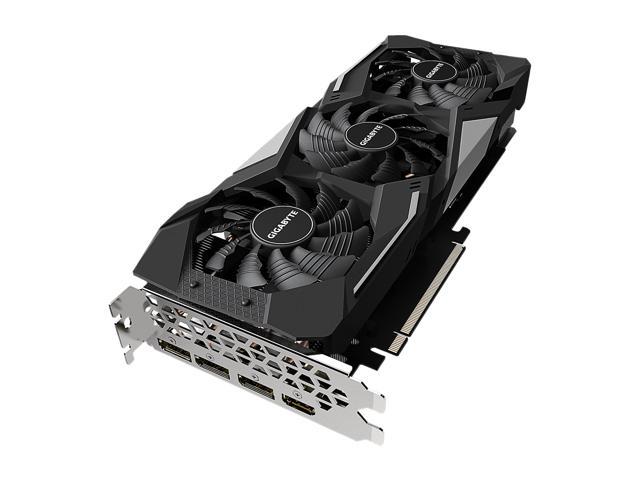 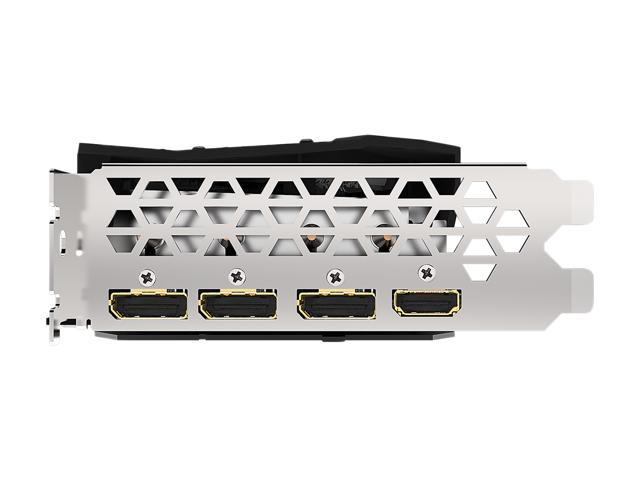 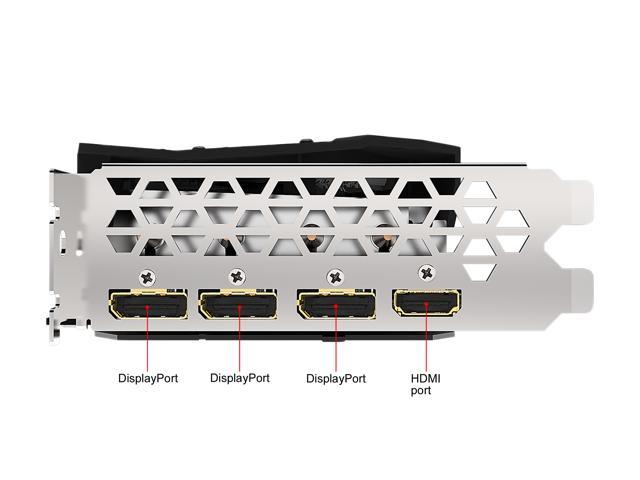 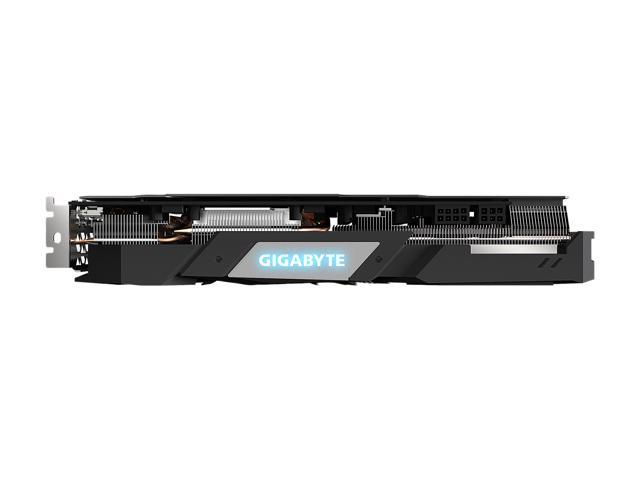 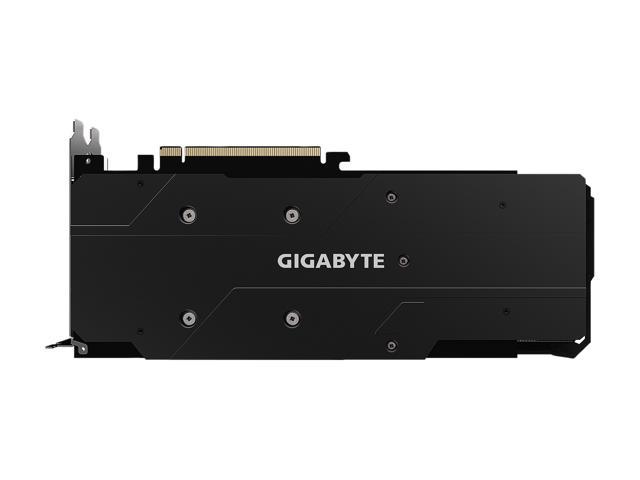 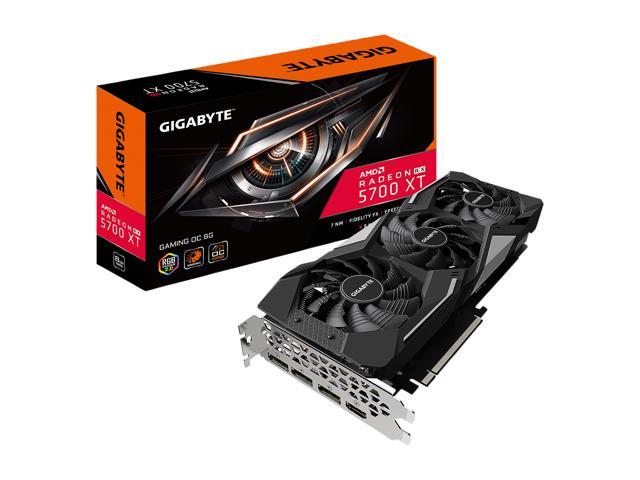 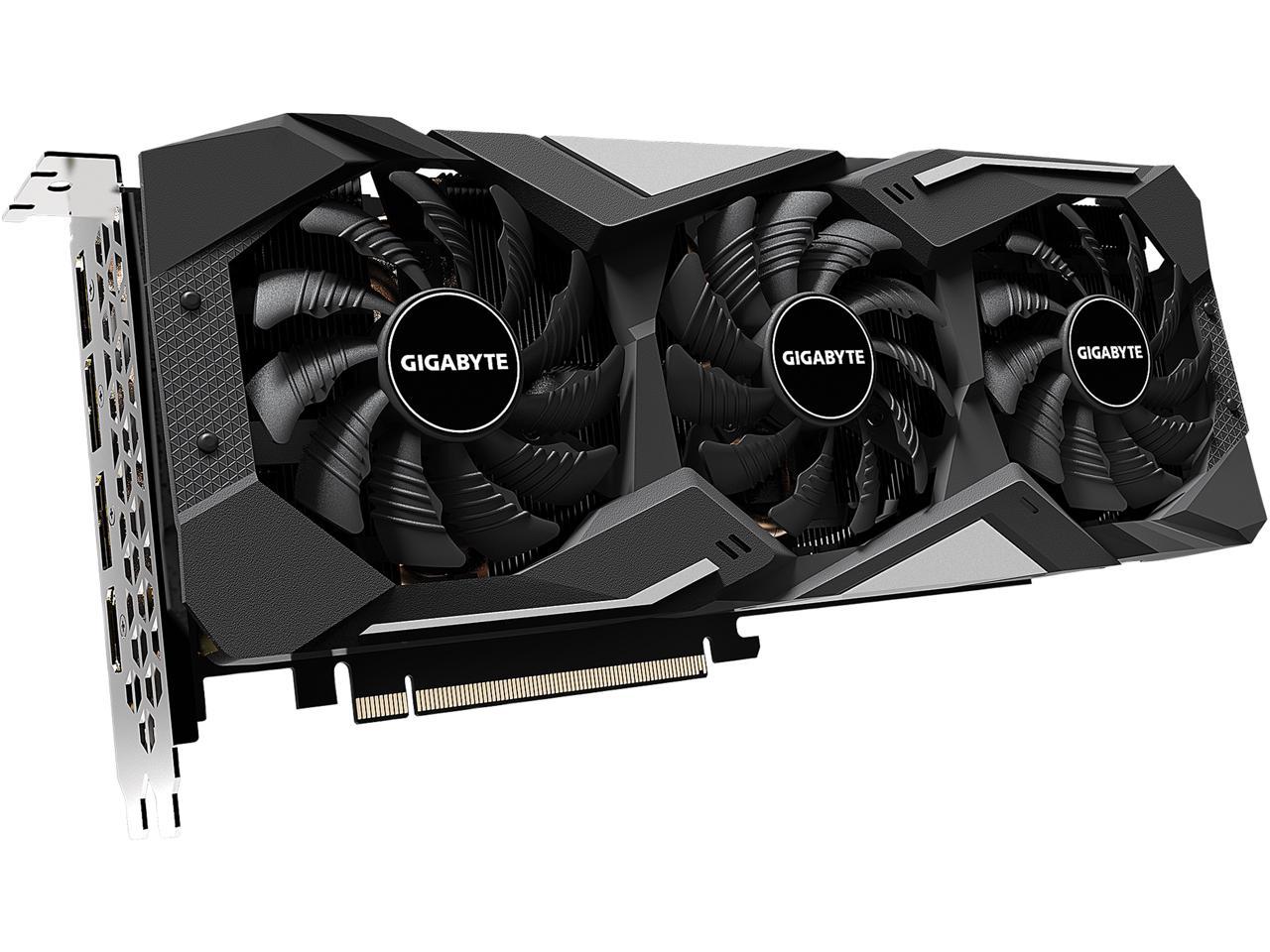 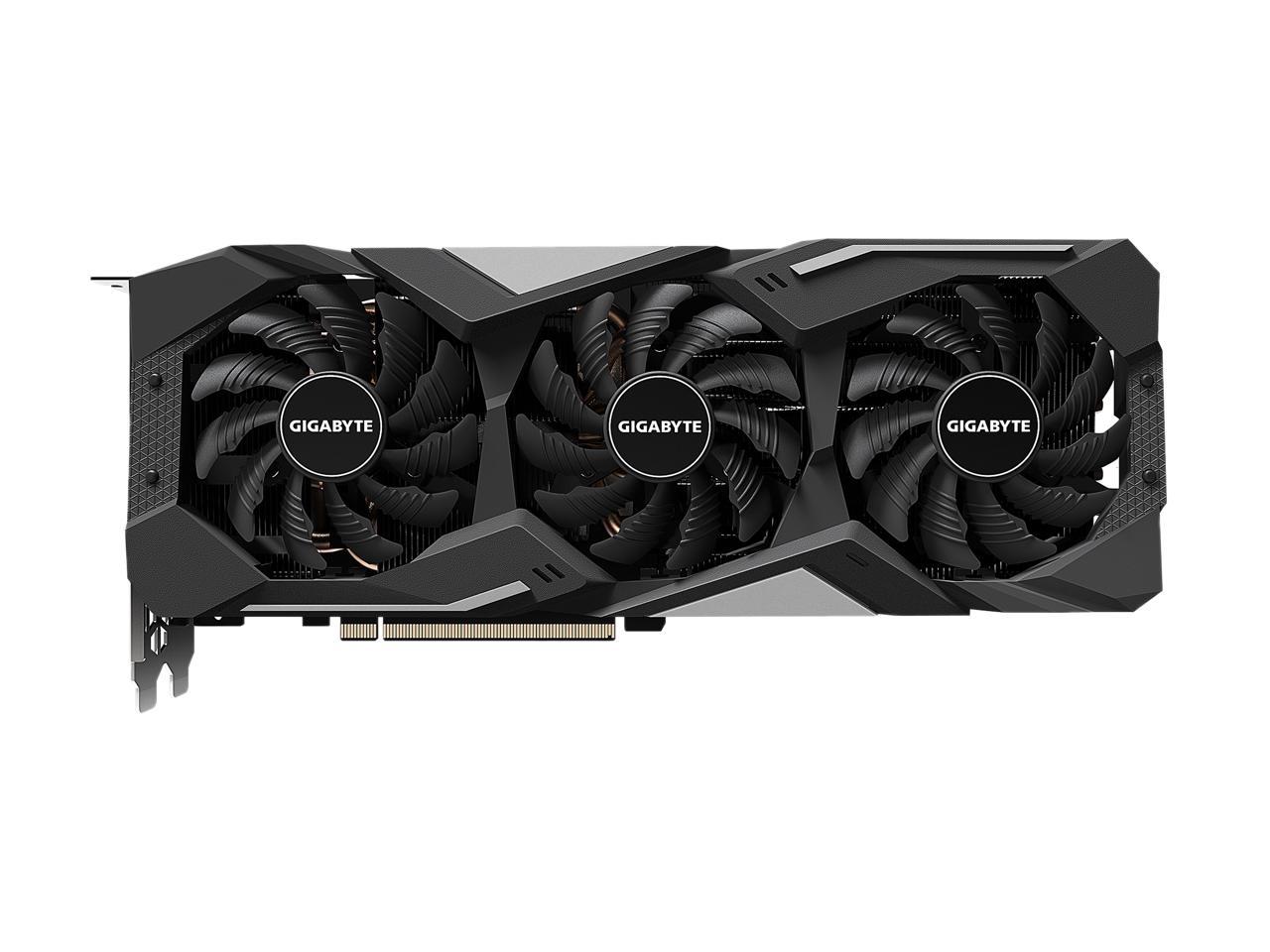 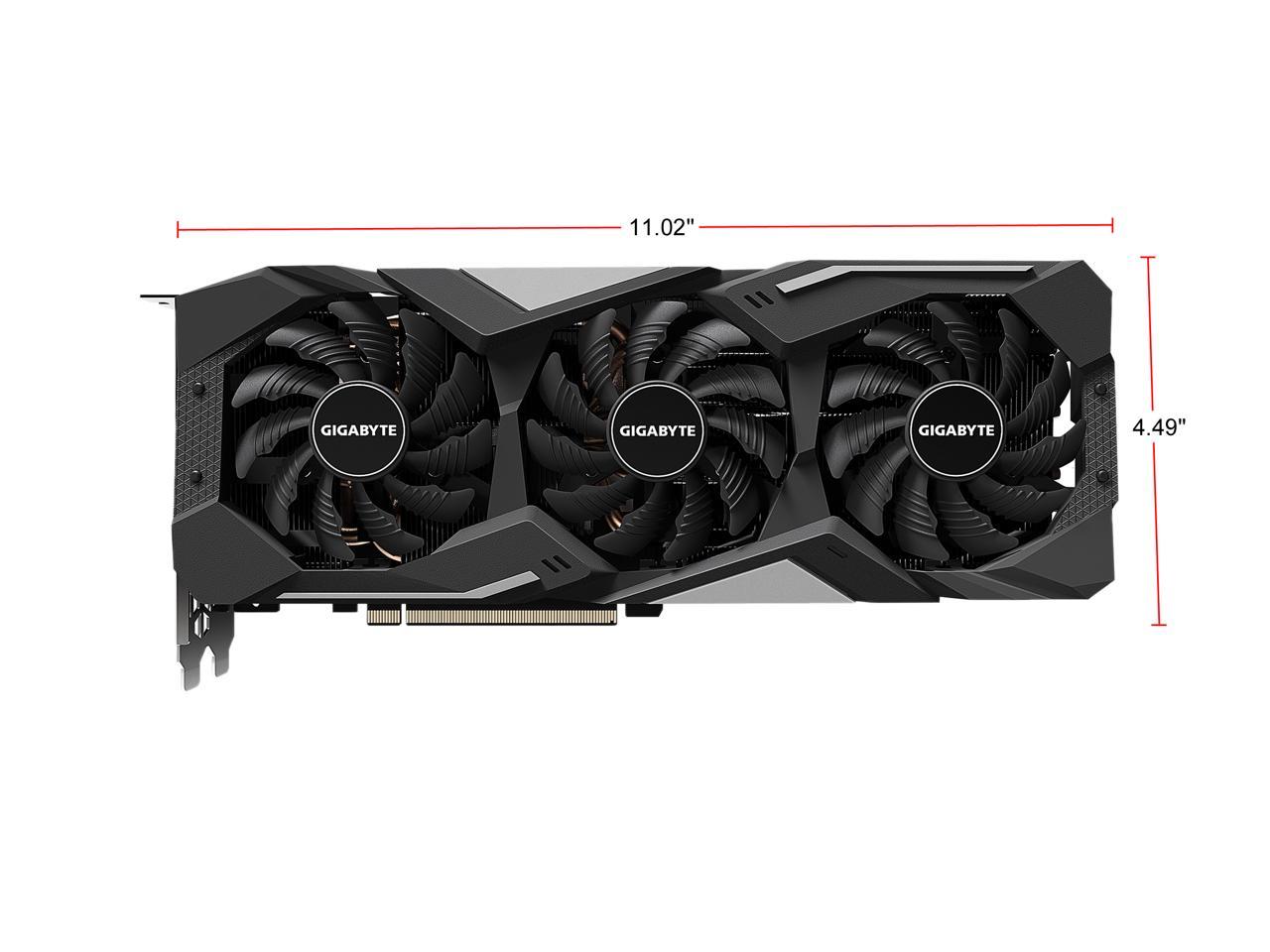 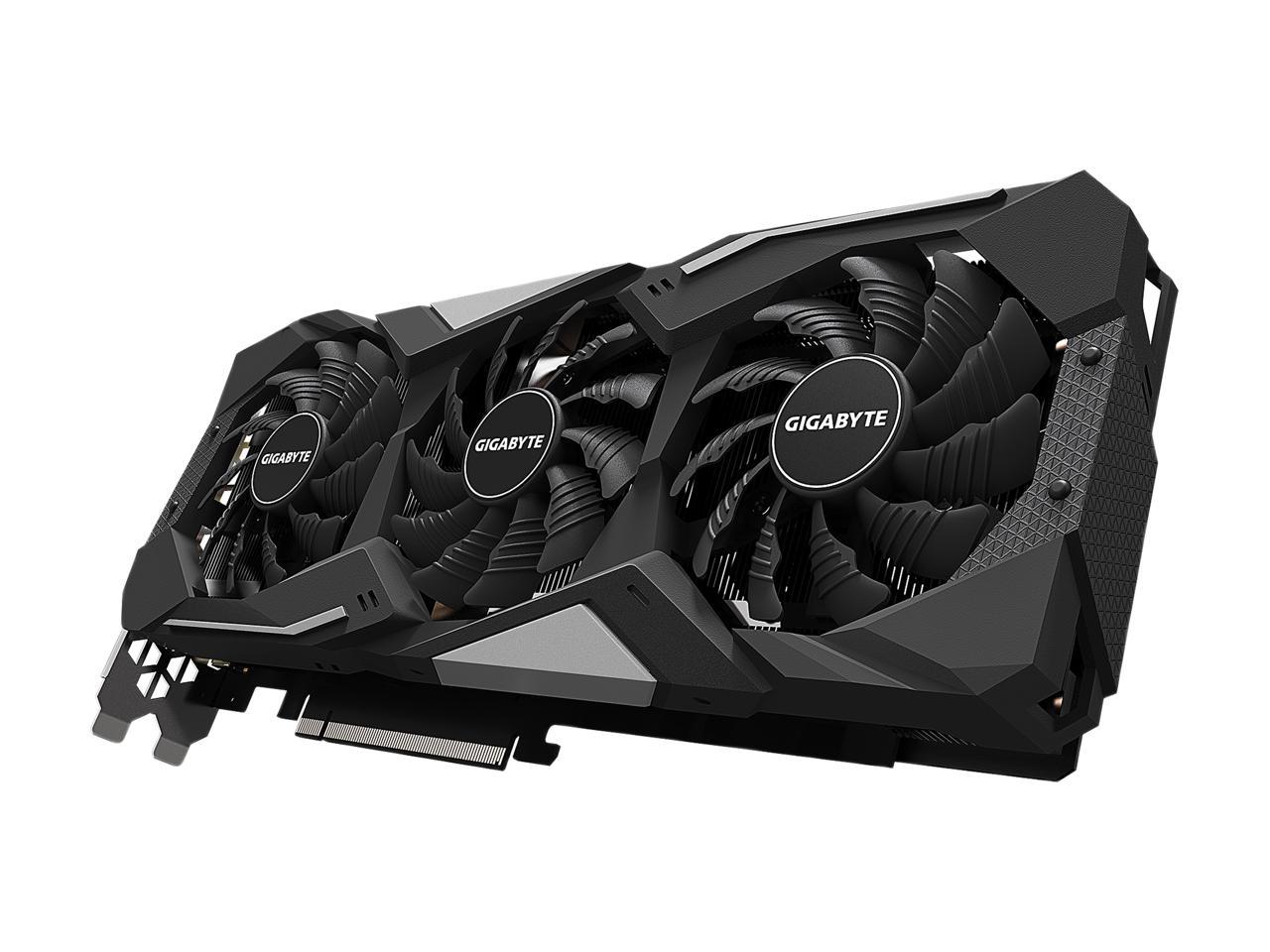 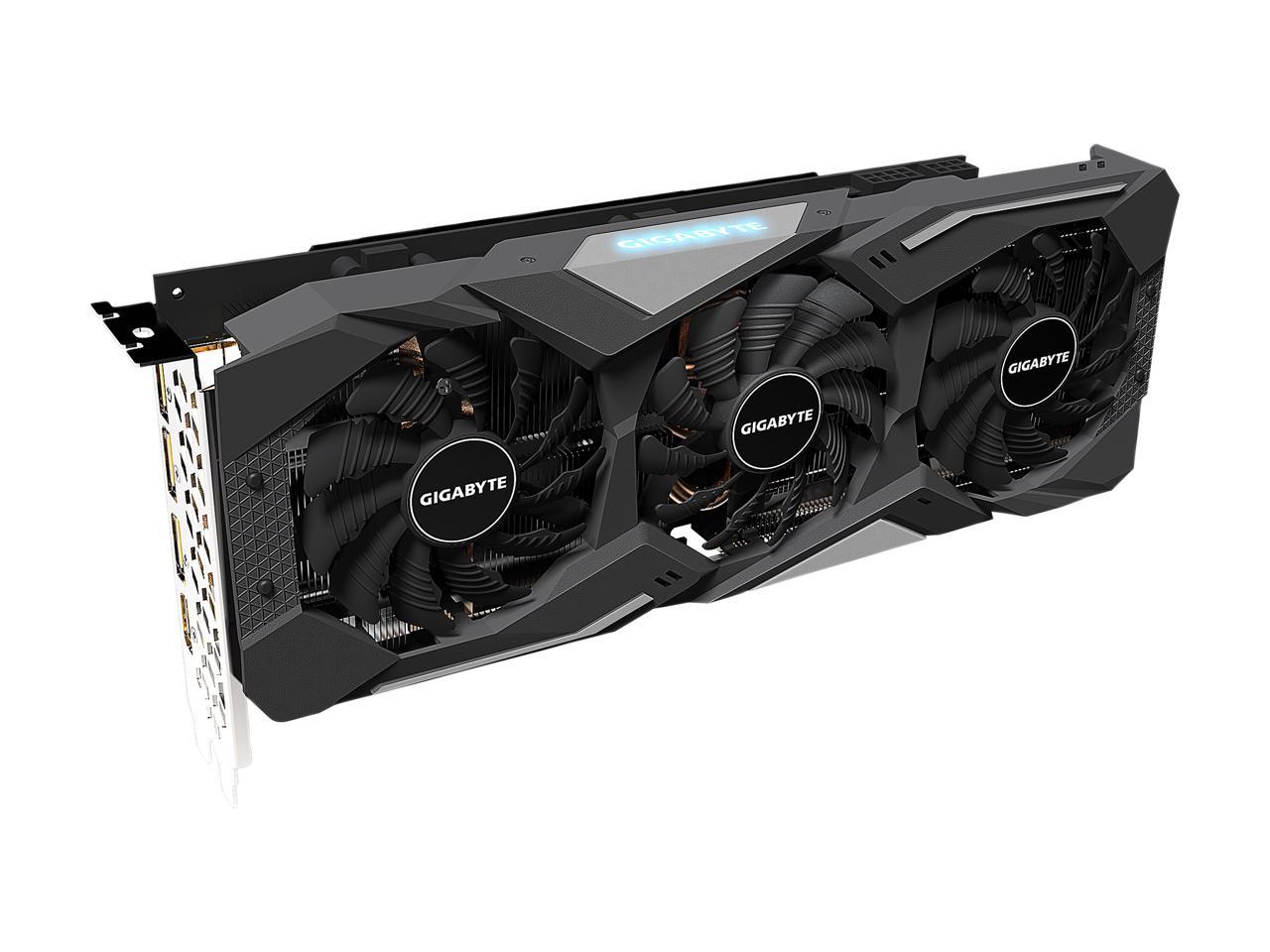 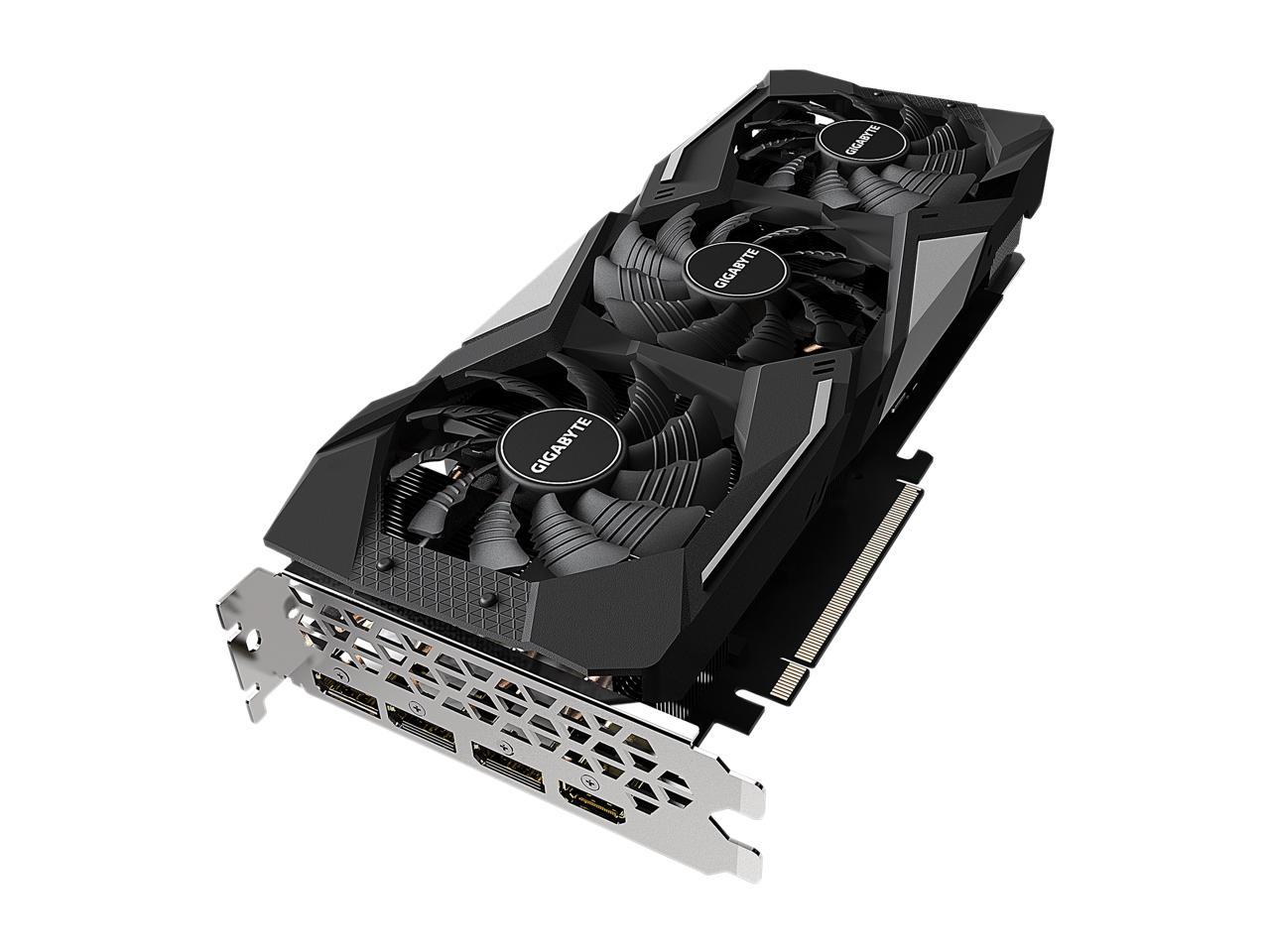 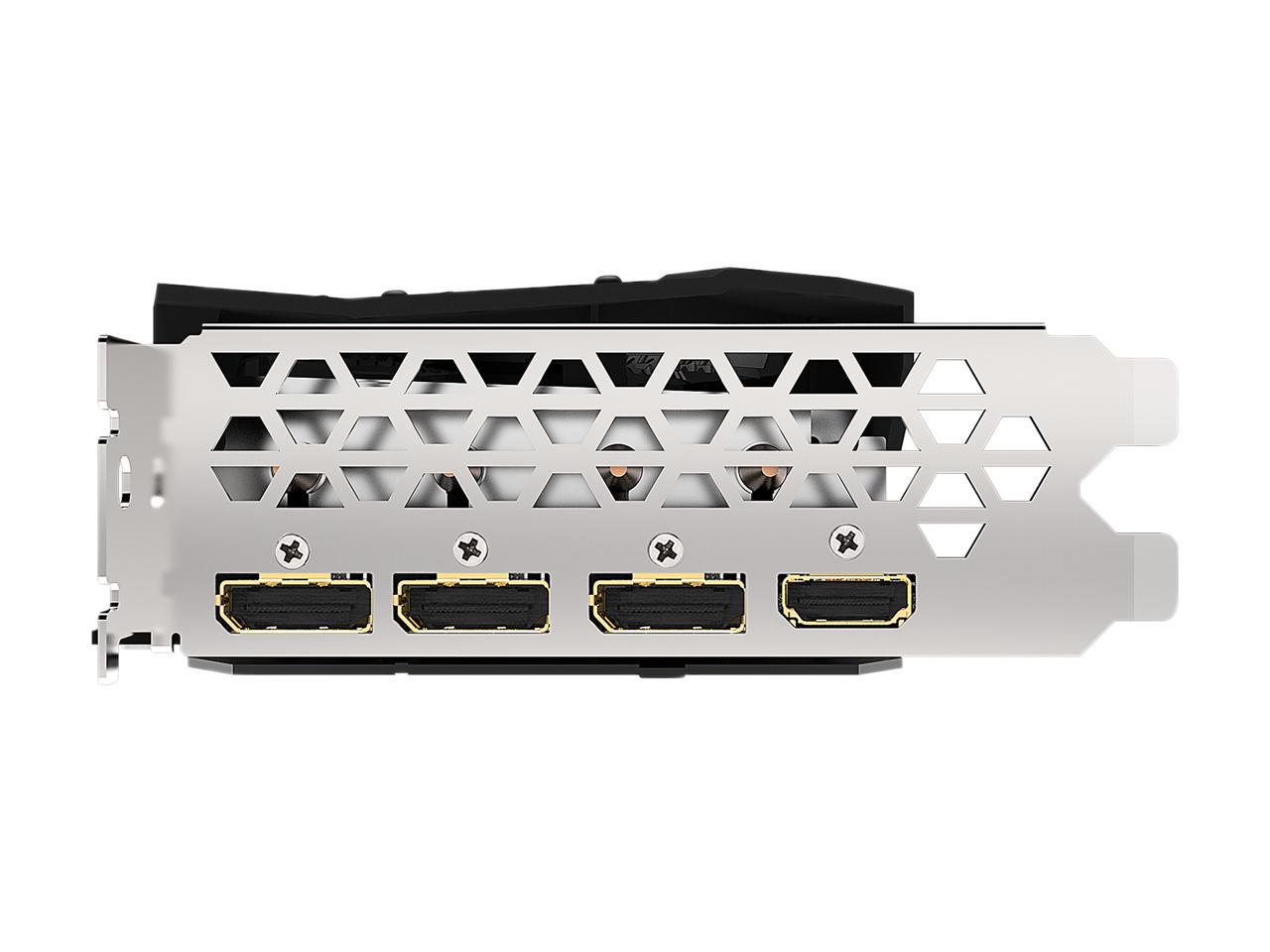 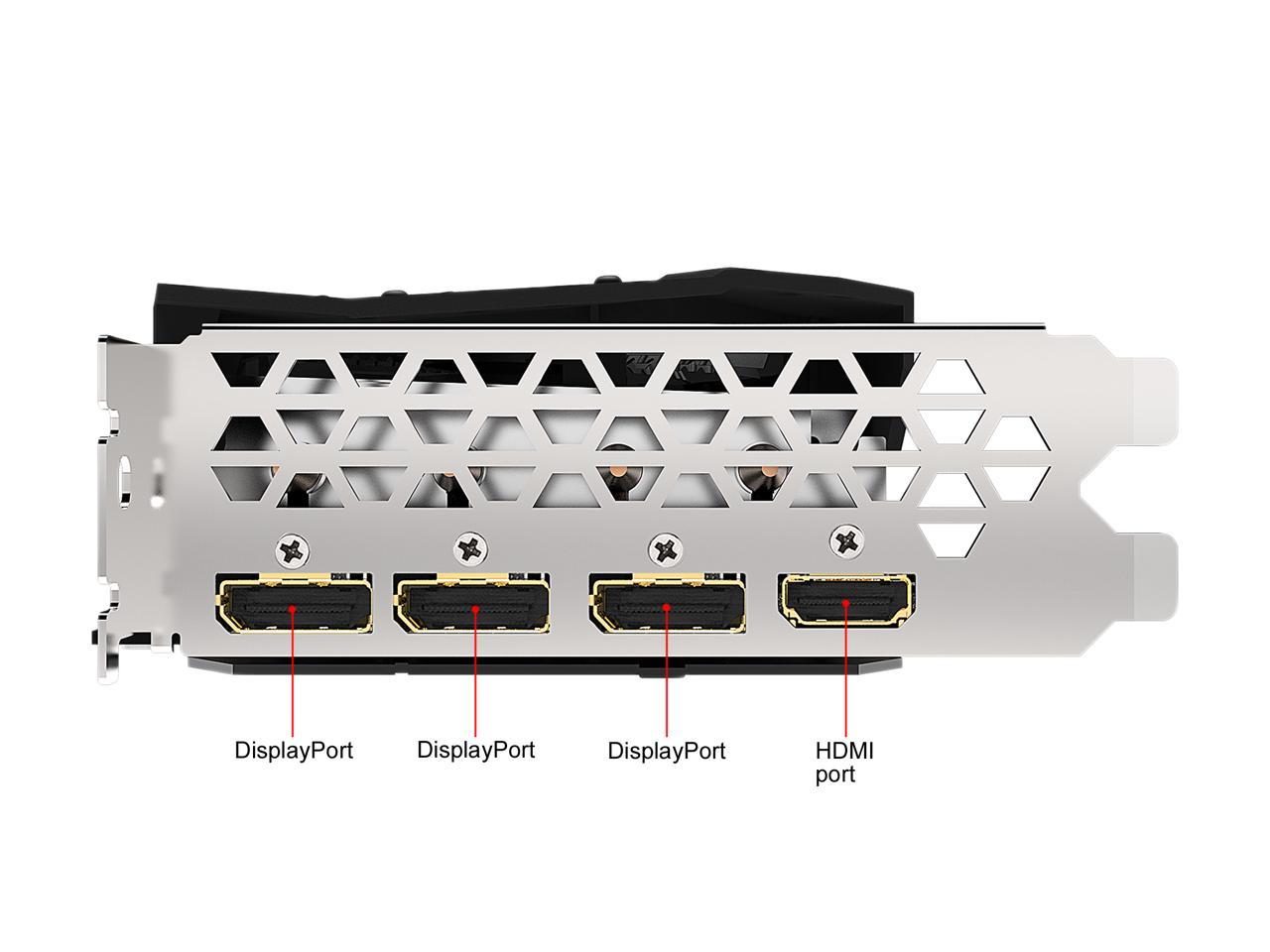 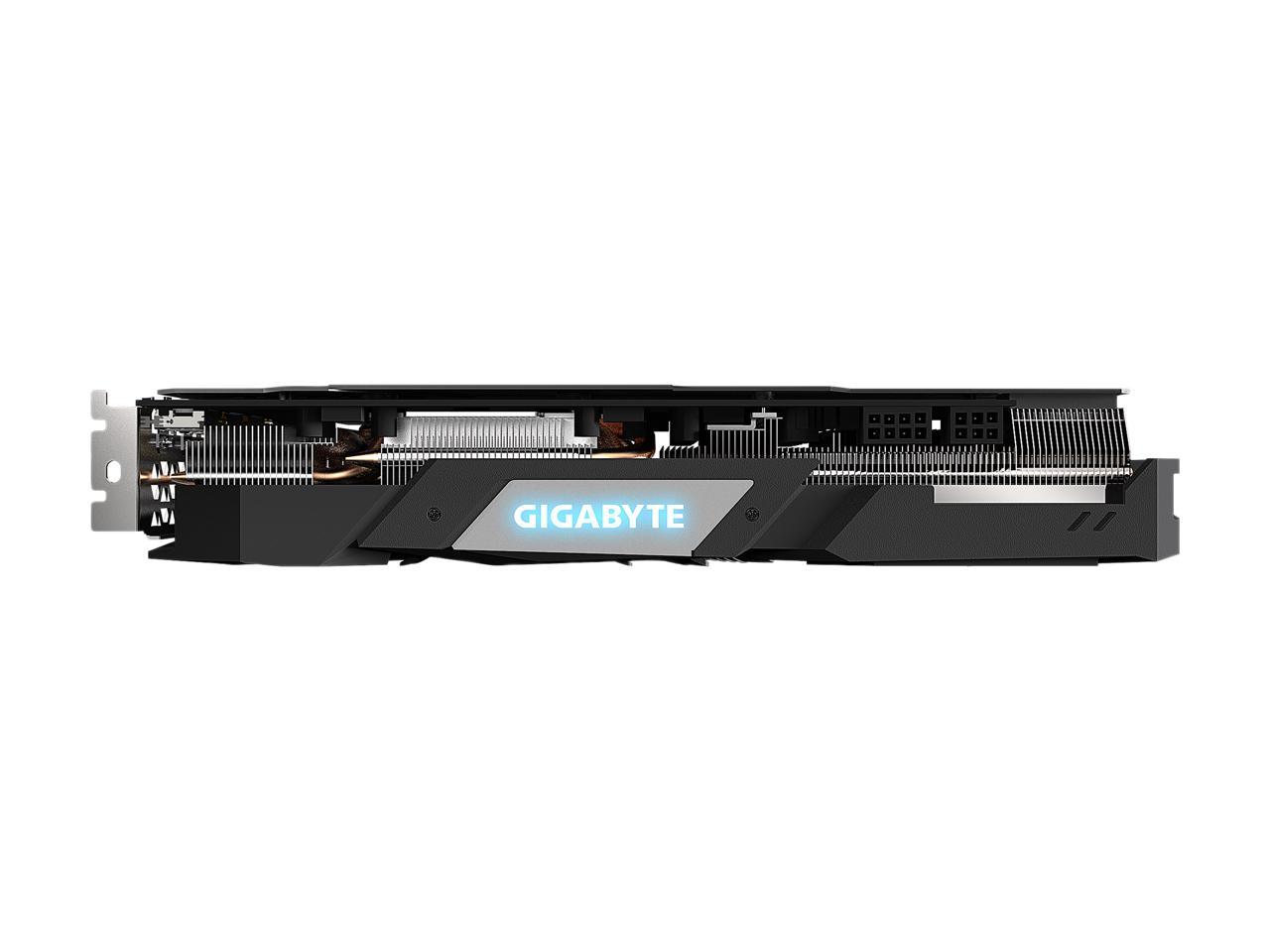 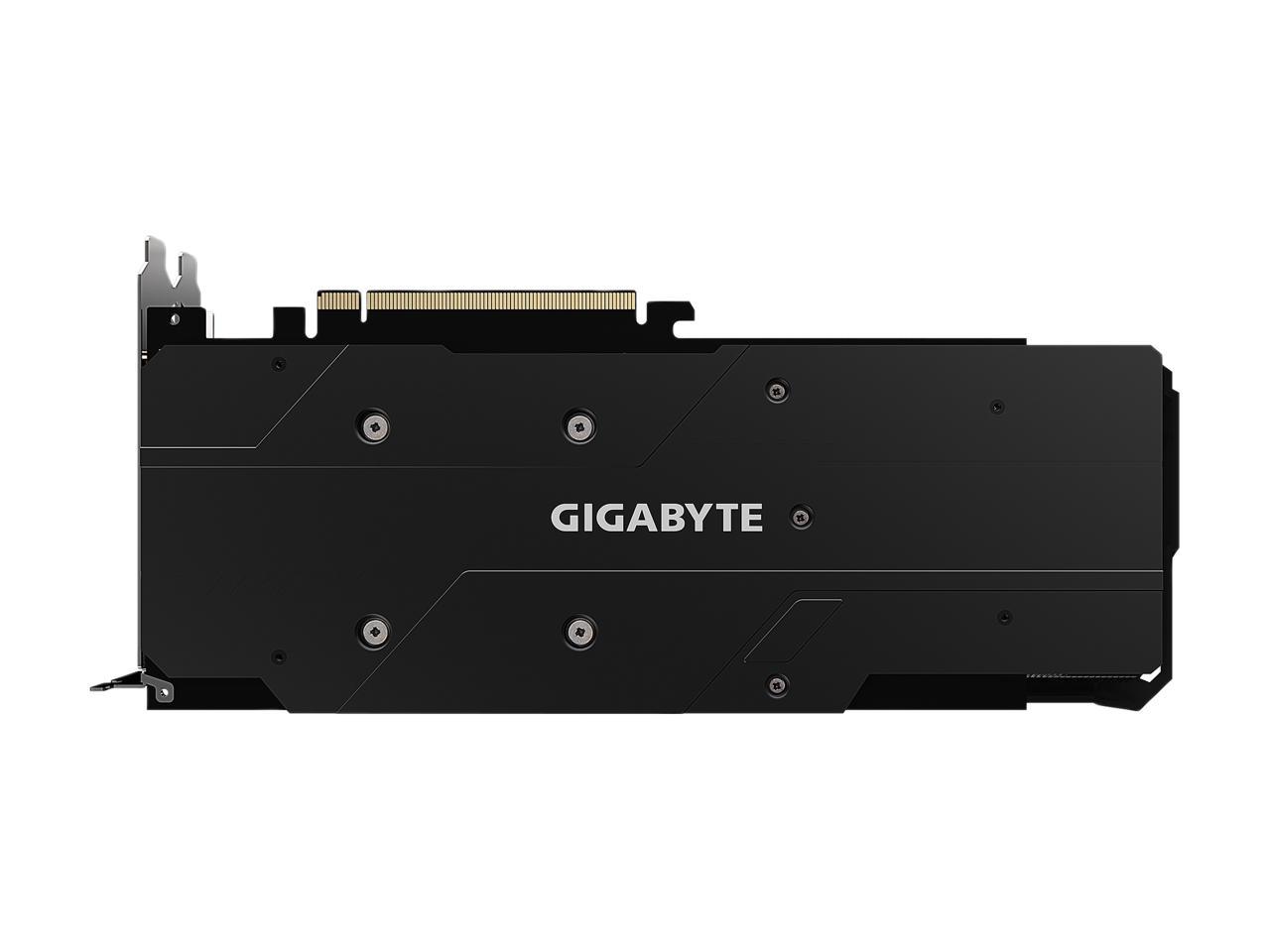 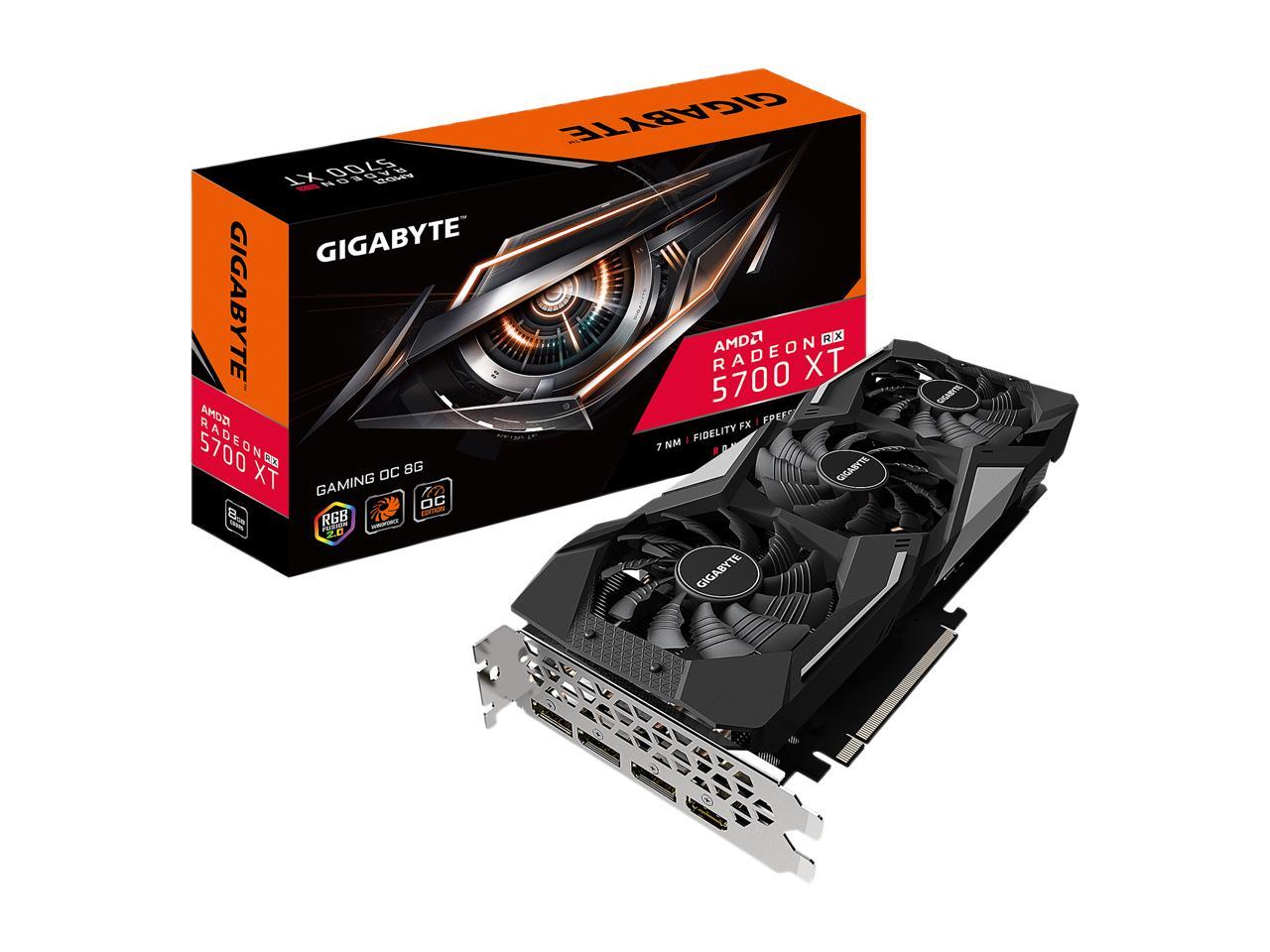 Pros: - Can be silent. However with an aggressive fan curve can make quite a lot of noise although I can care less about noise I use headphones anyway. - Keeps rather cool compared to my XFX RX 570 I had in my system

Cons: - This card absolutely has to be Undervolted to keep temperatures in check and cool and make the card much more stable I currently have a stable Undervolt of 1900mhz at 964volts I was aiming for 965volts but I couldn't get it to 965 because it would always pass that so I settled for 964 lol. The YouTube video 5700 XT Undervolting by Geek Mark will help as a guide to Undervolting/Overclocking

Overall Review: *PLEASE READ THIS SECTION BEFORE PUTTING IN YOUR NEW 5700XT TO AVOID ANY PROBLEMS FROM THE GET GO!!!* I was having a whole range of whack problems when I put in this graphics card and I tried all solutions online I used DDU to uninstall current AMD drivers I reinstalled windows about 10 times however every time I installed ANY AMD software/drivers my computer would go into a boot loop cycle and nothing would work I had flickering lights while gaming, game crashes nothing would work right. These 3 things fixed all my problems and It's currently working how it should 1. Keeps your Windows 10 at version 1809 I noticed after reinstalling windows over a dozen times that any version that is newer than 1809 was causing at least 95% of my problems the new windows versions and the AMD software's/drivers are not compatible as of October 2019. 2. I changed my PCIE options in the Bios from Gen 4 to Gen 3 (to be honest idk how helpful this was but its worth a shot?) 3. Disable / Do NOT enable VSR setting on Global Wattman If Global Wattman asks to enable this feature do not enable it as it may cause some odd issues while gaming (for the moment) After doing these 3 steps I have had my computer stable all components stable all software and drives are stable and I can game in peace any finally enjoy my awesome 5700 XT!

Cons: - Power hungry: spikes to 350W+ during intense renders - Some stability issues, but this is mostly due to AMD's drivers still needing to mature - Even with "good enough" thermals, it still runs very warm (~90C under load) - Need to undervolt to achieve best temp to performance - REQUIRES good ventilation

Overall Review: TL;DR: Two most important things to gather from this review: 1. If you're having stability issues with this card, make sure that it's getting enough power by plugging the 6-pin and 8-pin connectors in to different lines from the power supply, rather than daisy-chaining from the same one (especially if you have a <700W PSU). 2. If you're having trouble with thermals on the card, make sure that the air can exhaust from the heatsink properly, and try undervolting it from AMD's wattman interface. 3. If you're still having problems, make sure you don't have CCleaner installed. Somehow, that program made this GPU fail. --- I initially purchased this card back in August, 2019, when it was still brand new. I knew I wanted Navi since the rumors of it using the 7nm process began to circulate in early 2017, and the synthetic benchmarks from reviewers suggested that it would meet my hopes: AMD finally having an answer to Nvidia's years-long GPU dominance. My build had shifted a bit since the last AMD card I had, though; I went from a high-airflow ATX full-tower to an ITX shoebox; cooling, airflow, and space all require a bit more consideration. When I first got the card, we had...issues. The card ran 15C warmer than I was seeing in reviews from GN and the like, and it was crashing extremely frequently. Upgrading the drivers in the rest of my system helped some, but ultimately, it felt like I might have gotten a bad egg. At least one BSOD a day told me that _something_ was wrong, but the symptoms were ambiguous and inconsistent. I spent awhile focusing on the thermals, thinking that the warmth in the card was probably to blame. The card's cooler is built in such a way that the air exhausts out the sides, so I had to tune the fans in my case to account for the extra heat buildup. Even then, though, the thermals didn't come fully in line until I applied the auto-undervolt setting in AMD's wattman. But even with the thermals fixed, I was still crashing. That's when I found a forum post where someone else was having similar issues on an RX 590--and what resolved it was plugging the card in to two separate lines from the power supply. As it turns out, the power supply wasn't capable of delivering enough power over a single line to cover the spikes in power demand, and the card isn't built in such a way as to properly handle not having a glut of power available. Now that I've corrected this, and have each connector on a separate line, the GPU is substantially more stable--and runs MUCH better. These are the numbers I was expecting, and I'm glad to finally be getting them. Hat's off to AMD on making such an impressive entry to the mid-range market, and to Gigabyte for bringing such a great cooling solution to market, as well. I'm sincerely hoping that AMD corrects this issue as they iterate on the Navi architecture and move beyond it. Spiking to 350W of power draw does not seem normal for a mid-range GPU, and while drivers and firmware updates may help to improve this, it feels like something that system builders shouldn't have to account for.

Cons: -Got random black screen and reboot with this GPU (Note: this is nothing to do with the drivers because I use it with Mesa drivers under Linux and the official driver under Windows and both do the same)

Overall Review: The random black screen and reboot started about 1 month after purchase. I thought at first there is an issue with the drivers since many people complain about that so I give a try under linux since the drivers are different but I ended up to get the same issue as Windows. I swap many hardware on my PC such as, PSU, mobo, RAMS, even the CPU and tried in another computer, still got the exact same problem. As a proof this is not a drivers fault, I use a Sapphire Pulse 5600 XT on my same system and didn't get a single crash since 3 weeks. I ended up to sent this GPU under RMA to Gigabytes directly because I'm definitely sure this is an hardware issue. Gigabytes send me back the GPU and claimed they do not found anything wrong. I received the GPU a few days ago and tried it again, the GPU run great since then until it crash today with the same symptom as above. I don't know what is the test methodology at Gigabytes but they don't test this GPU enough IMO. I bought a lot of Gigabytes product in the past but this R57XTGAMING OC-8GD is a huge let down to me. I still think Gigabytes is a great brand despite all this but I expected better for this GPU.

8 out of 8 people found this review helpful. Did you?
Manufacturer Response:
Dear Customer, Thank you for your comments. We apologize for your difficulty with your GIGABYTE product. Please contact us at support-newegg@gigabyteusa.com with the case number 175636 in the e-mail subject line. We will provide personalized service and analysis to help solve your issue ASAP. If the matter is urgent, please send us your contact number, and we will contact you. GIGABYTE VIP Support Team
Jonathan H.
Ownership: 1 week to 1 month
Verified Owner
Oh man... Its beautiful.12/16/2019 10:02:19 AM

Pros: Absolutely SOLID graphics performance. It fits in my case (NZXT H510) and easy to work with.

Cons: It's not free? Honestly.. none.

Overall Review: A huge increase over my Nvidia GTX 1060 6GB, its running smooth and quiet even under heavier load (WoW, ESO, Division 2, Destiny 2, Borderlands 3 and Anthem all play on High-Ultra High without anything close to a hiccup).

Cons: *rappy software and has tone of issues. Not worth the savings. Time is money.

Overall Review: If I could I would get my money back.

Pros: -It's been a very solid card for me with solid performance so far with very little to no problems. New drivers from AMD have solved most issues I've had with it. -It rarely gets very loud even when gaming.

Cons: -Like another reviewer stated, the "Gigabyte" RGB logo died on me not long after I got the card. Just one day it didn't work. Only reason it's not getting a 5.

Overall Review: I would highly recommend this card. It performs and at a great cost while staying quiet and cool. Running on AORUS XTREME X570 with AMD Ryzen 9 3900X, 16GB Corsair Vengeance DDR4, it's smooth as silk.

Pros: Performs really really good. The card is really quite for me when it's on the stock settings Temps are a crazy improvement from my old card. Seen it hit 71C once ever Looks good in my case ;)

Cons: Some people have complained on here about driver issues. I didnt run into an issue at all, but I need at least 1 con so I'm using it as one.

Overall Review: Went from a the 570 to a 5700 xt. I was looking for a cheaper 5700 and I really like how this one looked so I picked it. This card is doing 144 frames on every game in 1080p on ultra (a few bigger boy titles sit around 100). If you are thinking that you need this card just get it. I'm a broke college student and I probably shouldn't have bought this but regardless I love it and I'm proud.

Pros: Fast card for reasonable price for the speed.

Overall Review: Wait till you see a firmware update for stability in my opinion. I had to reinstall my old card to play for now.