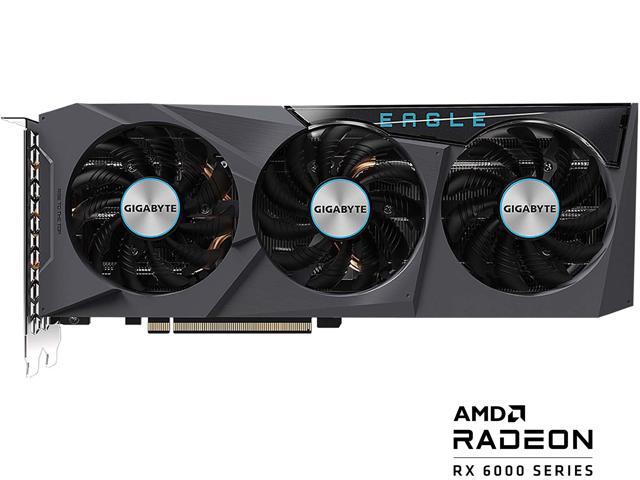 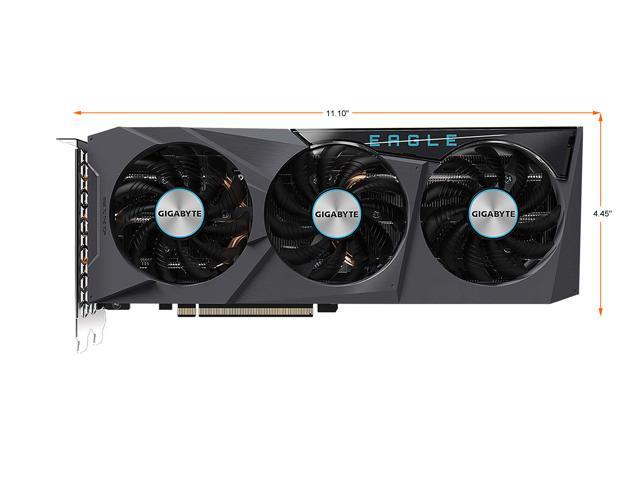 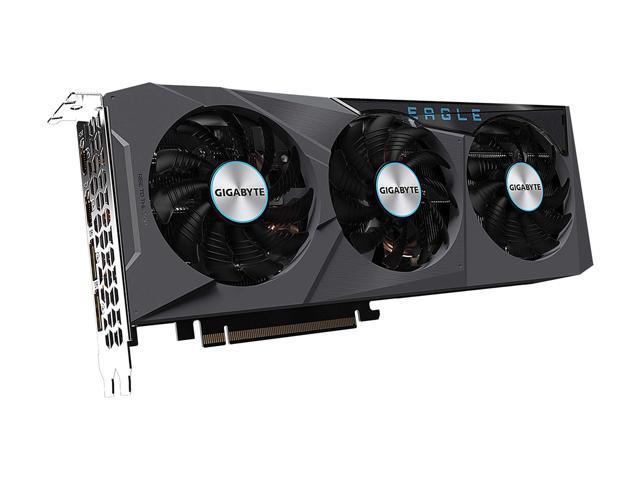 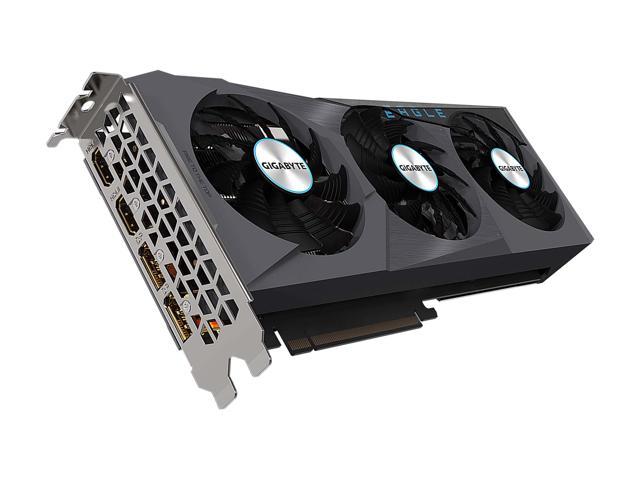 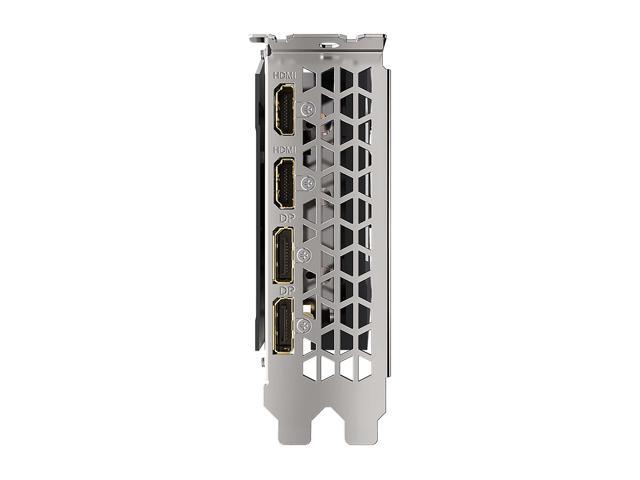 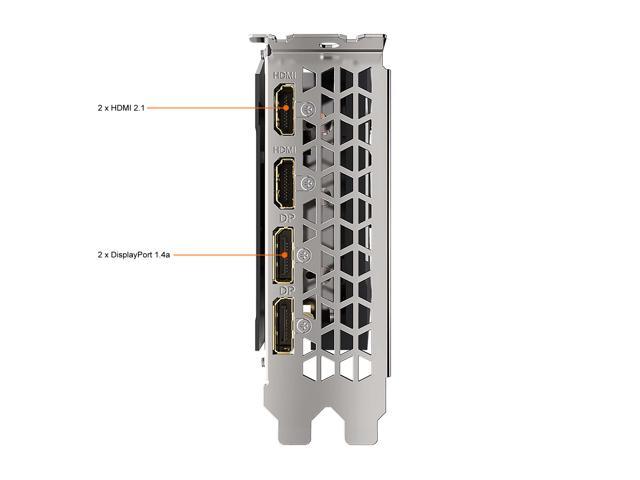 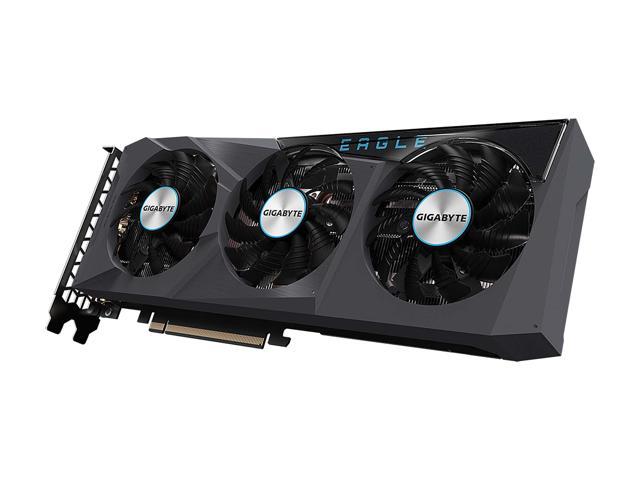 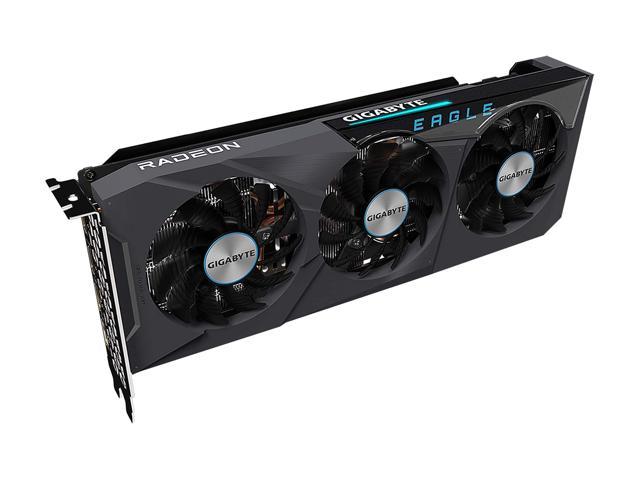 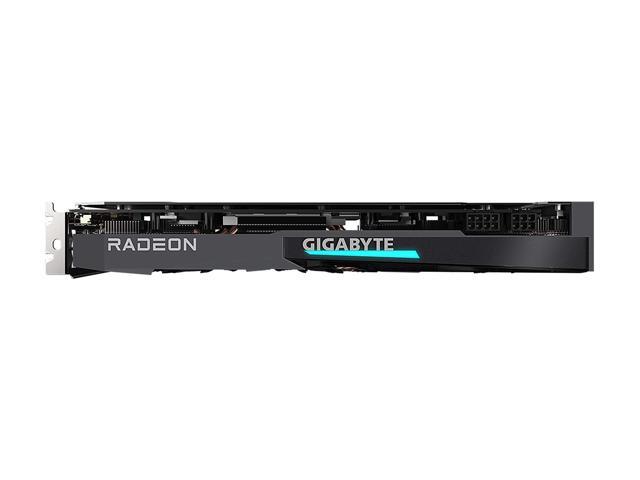 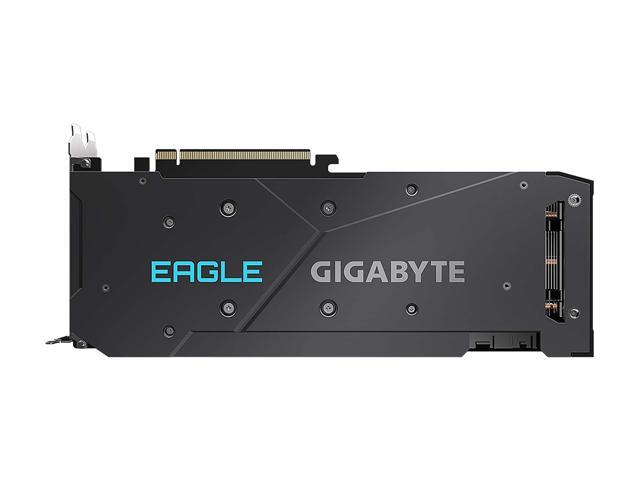 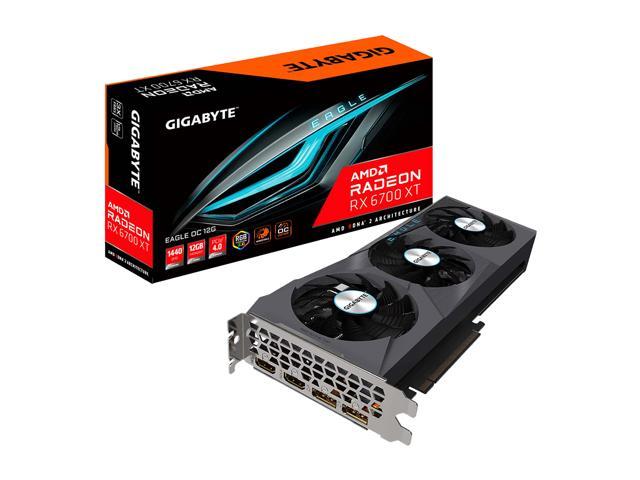 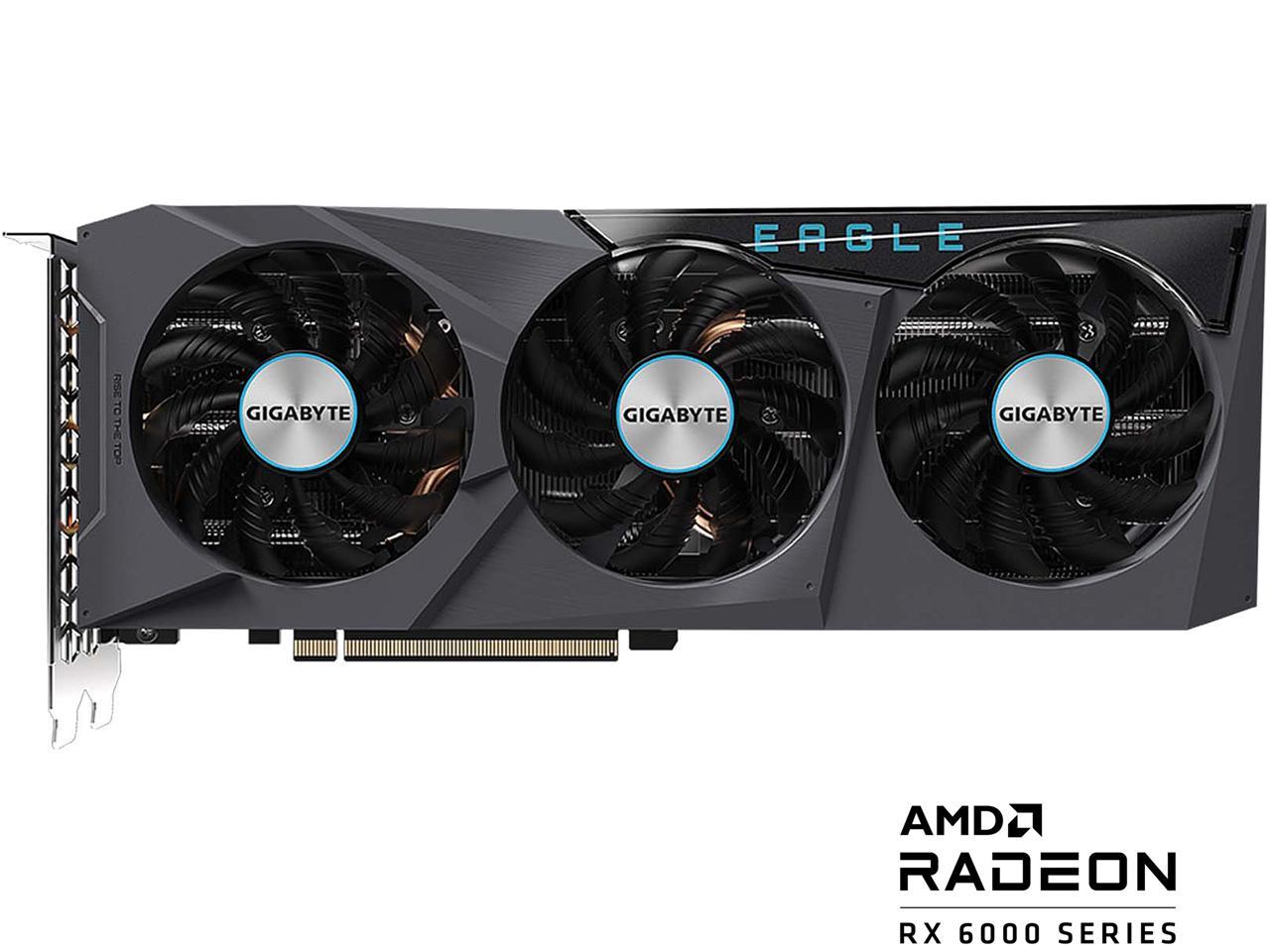 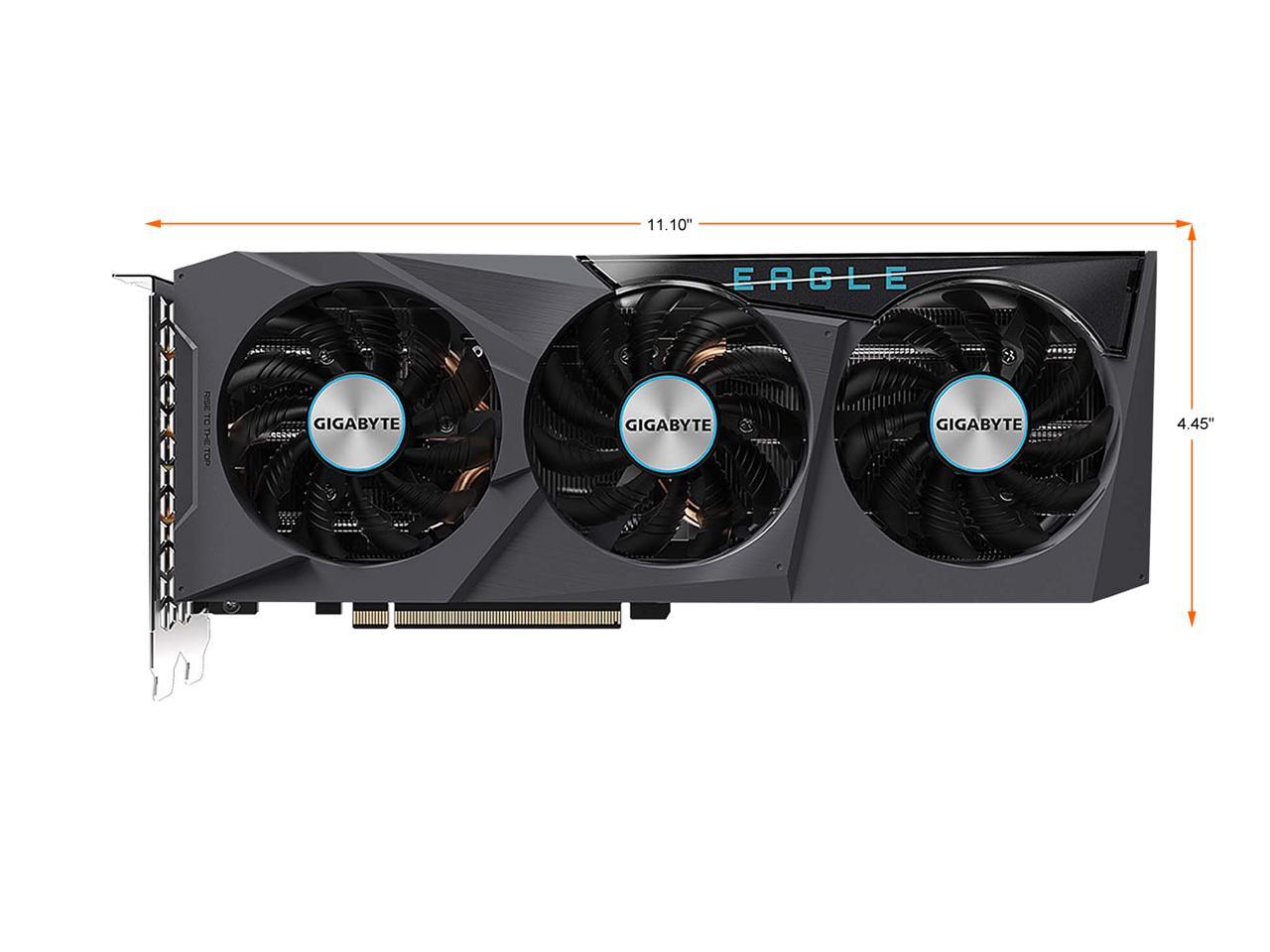 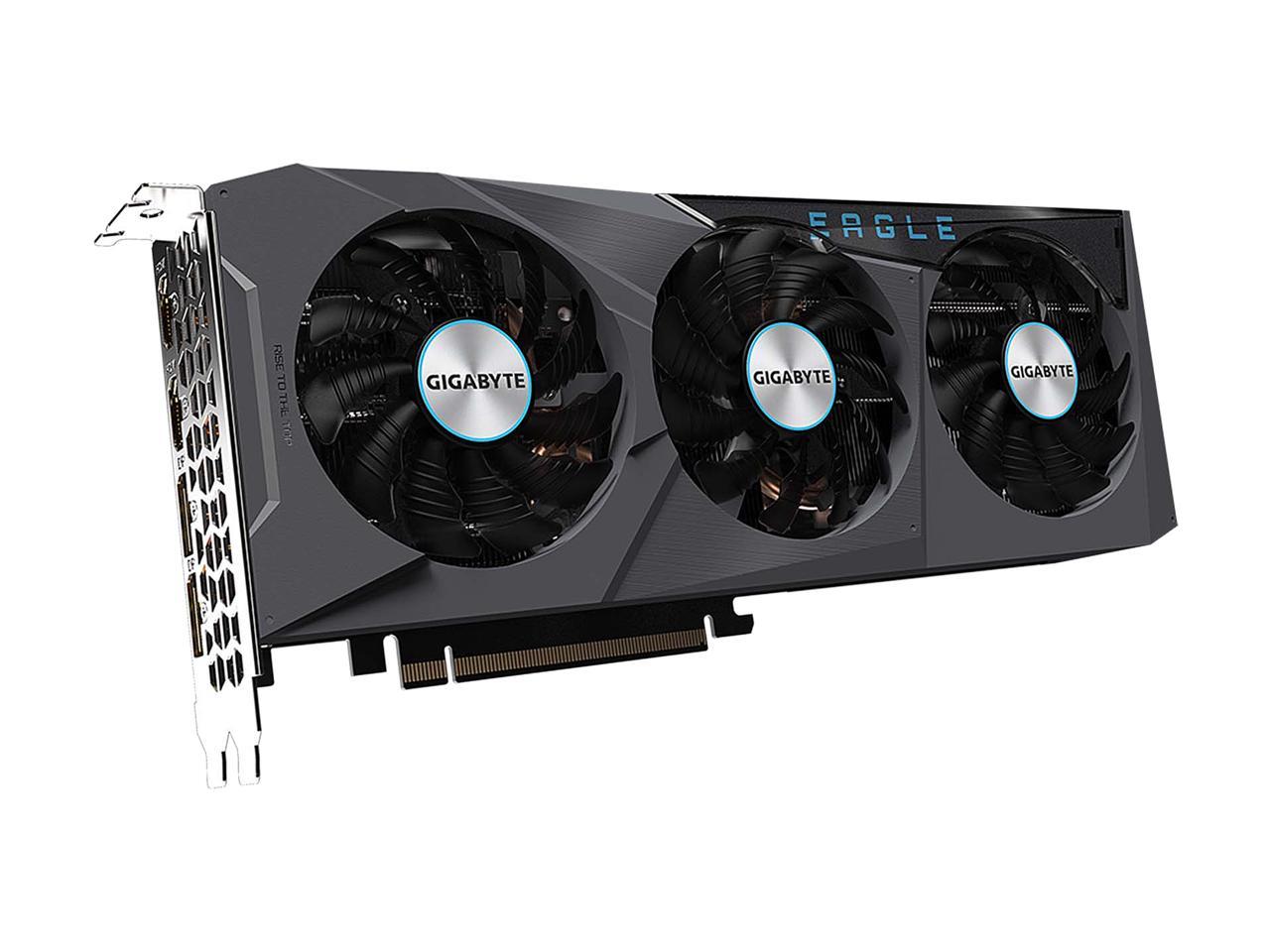 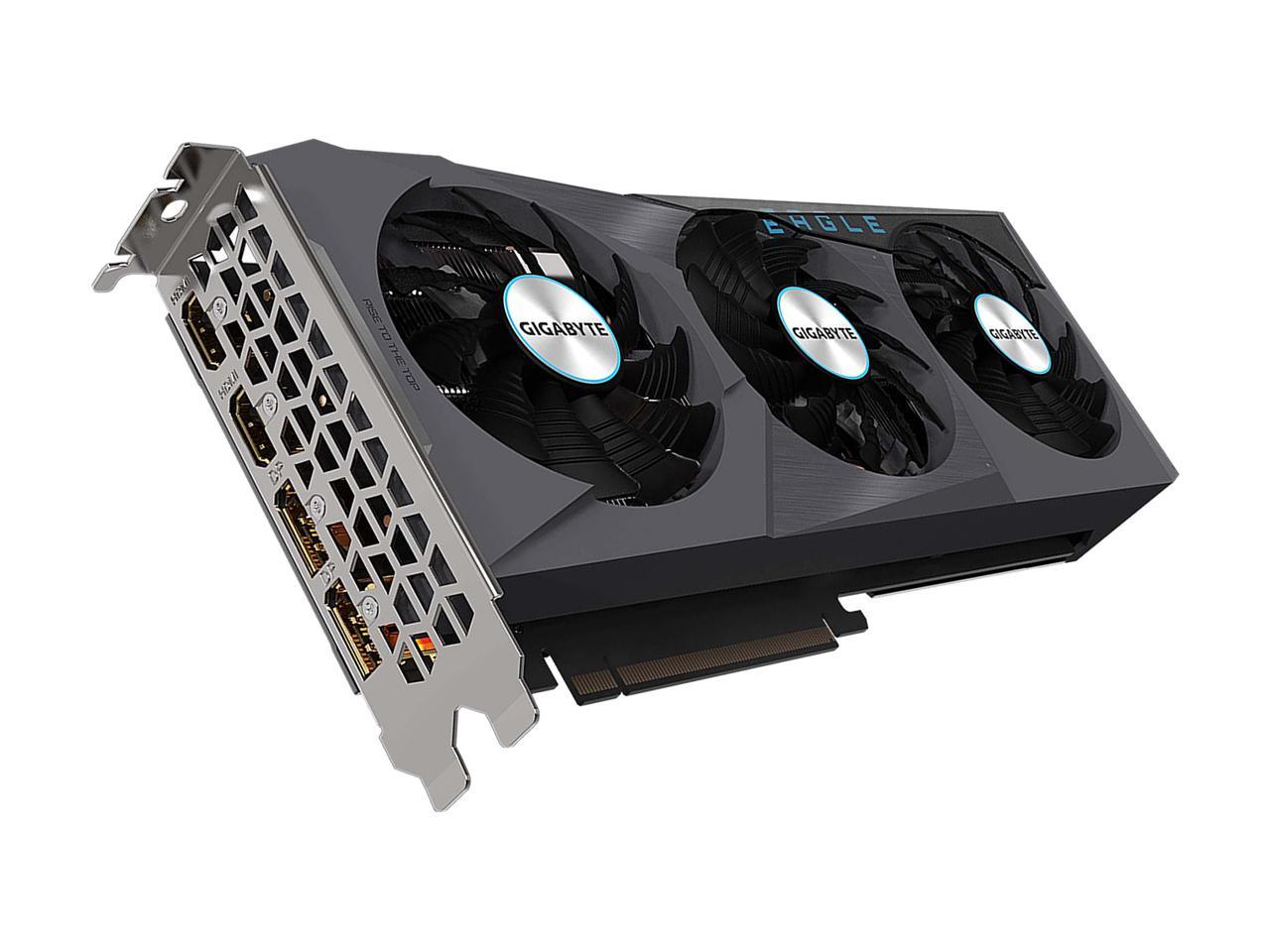 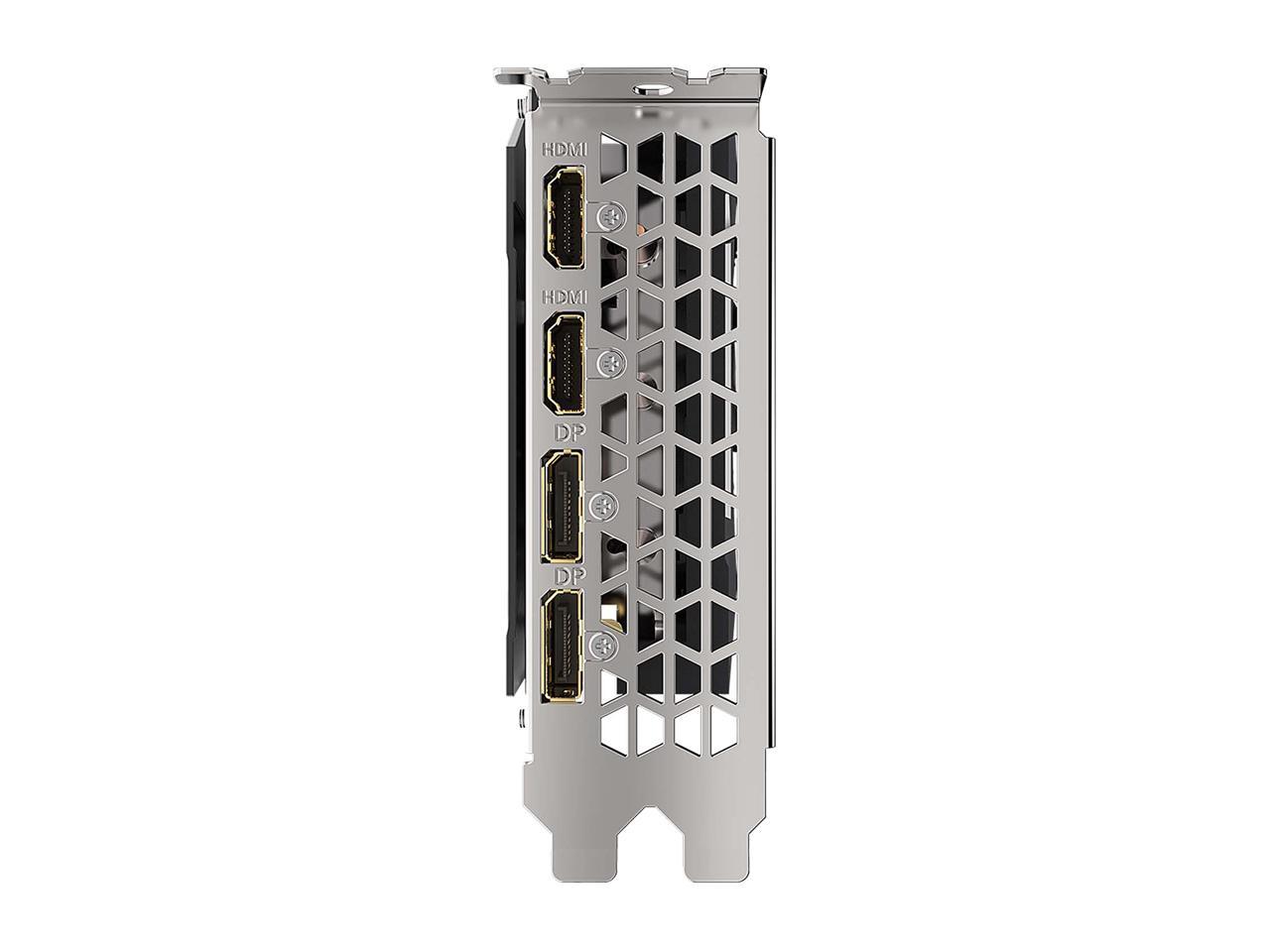 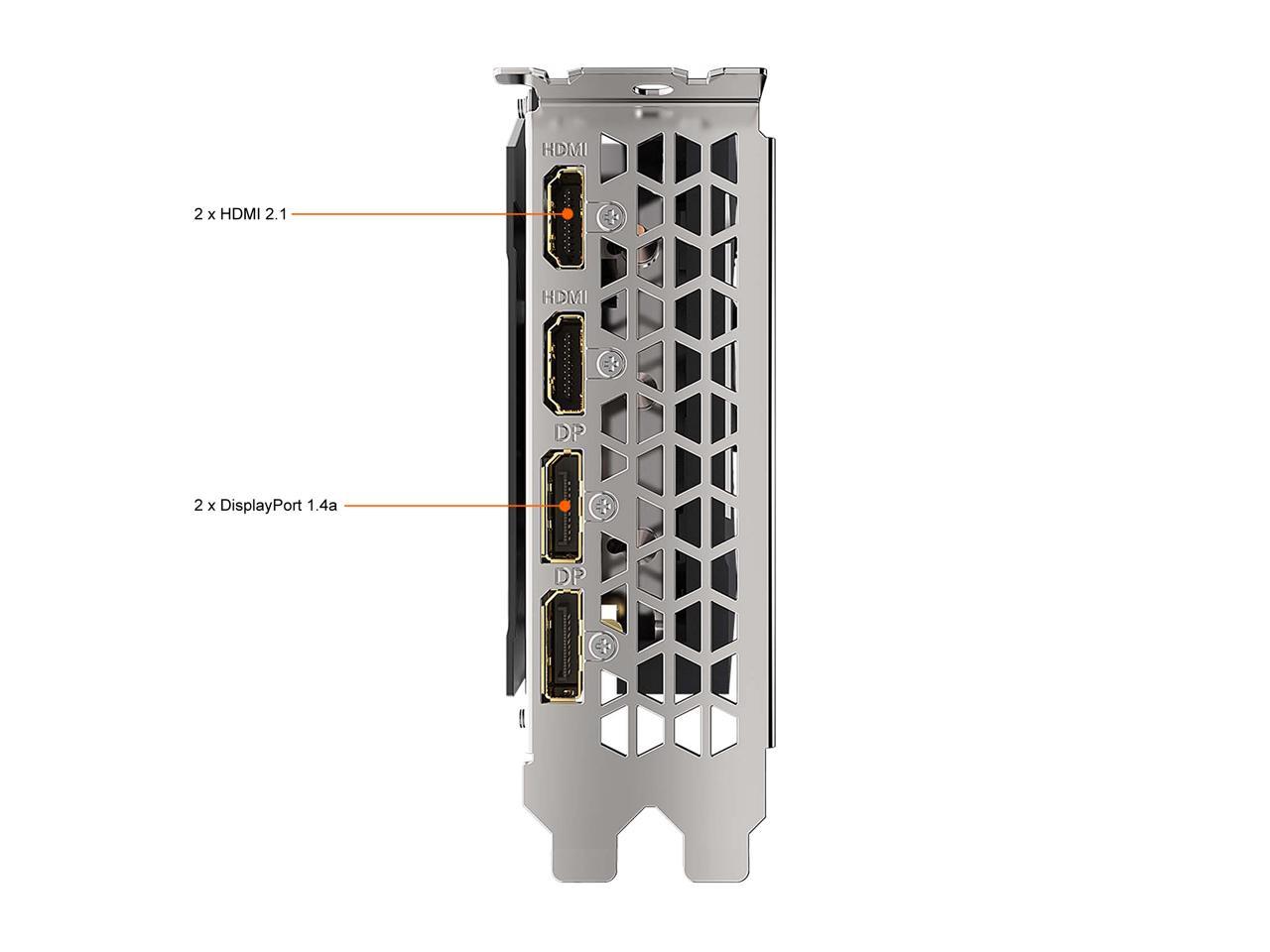 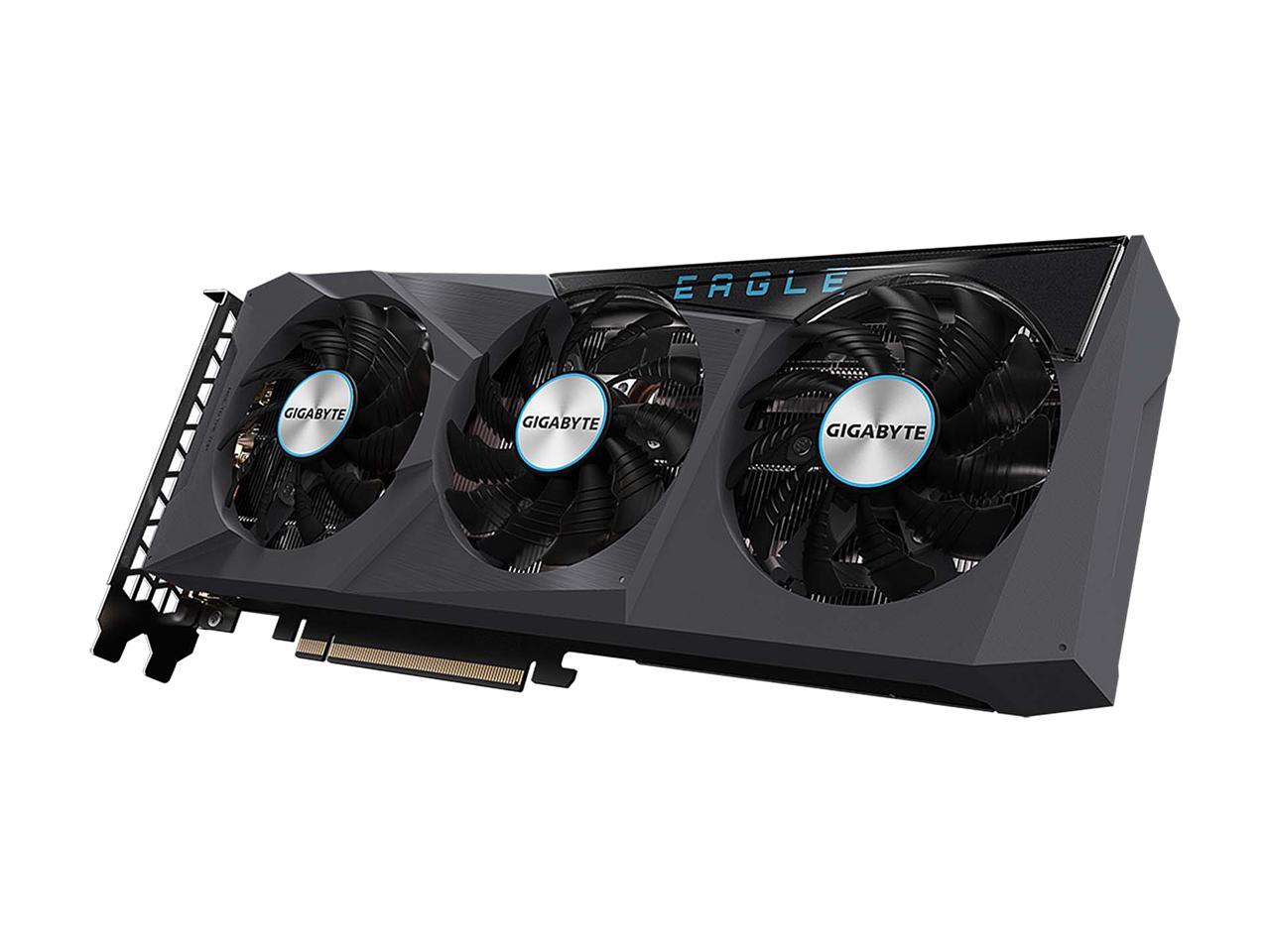 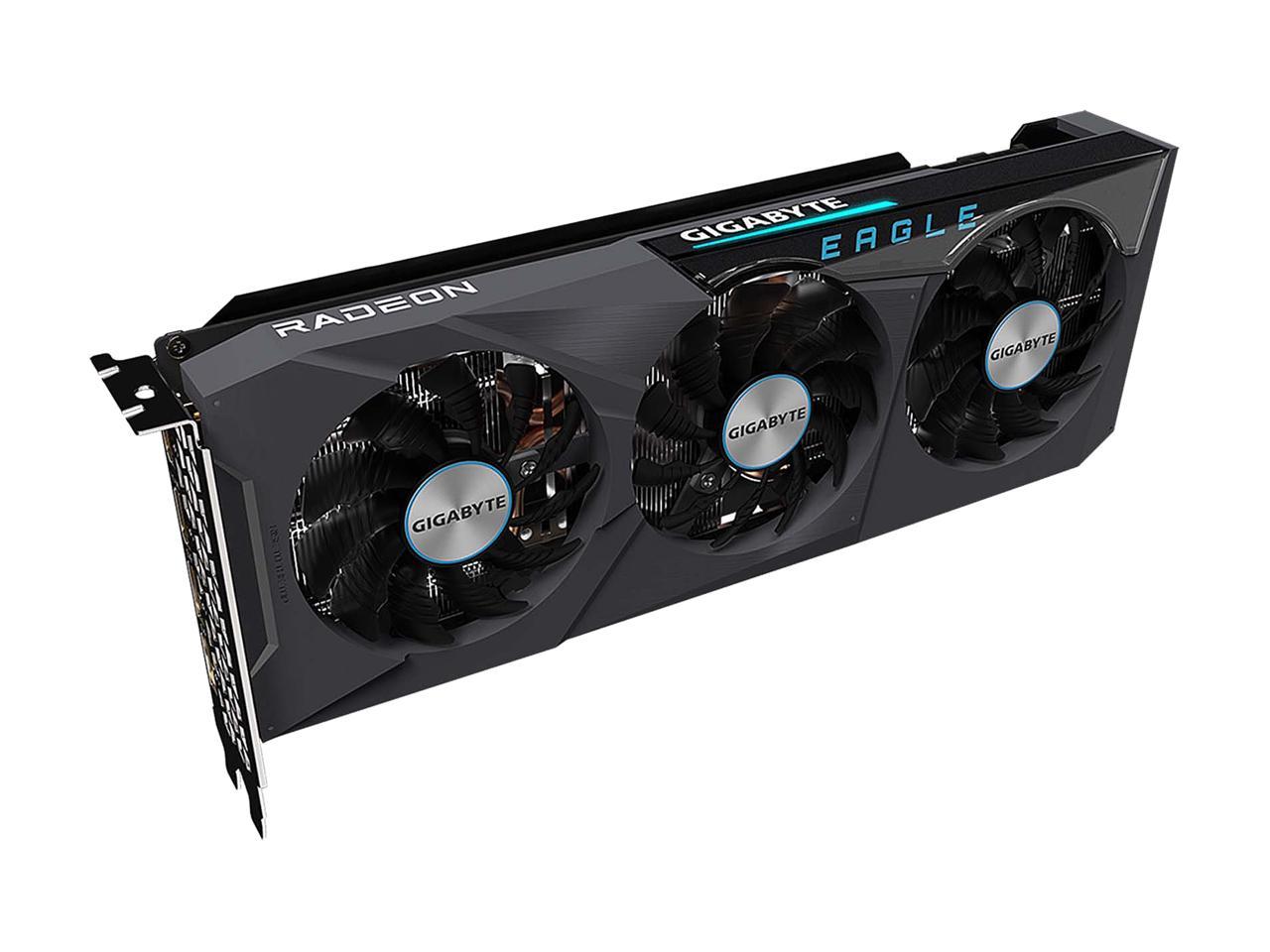 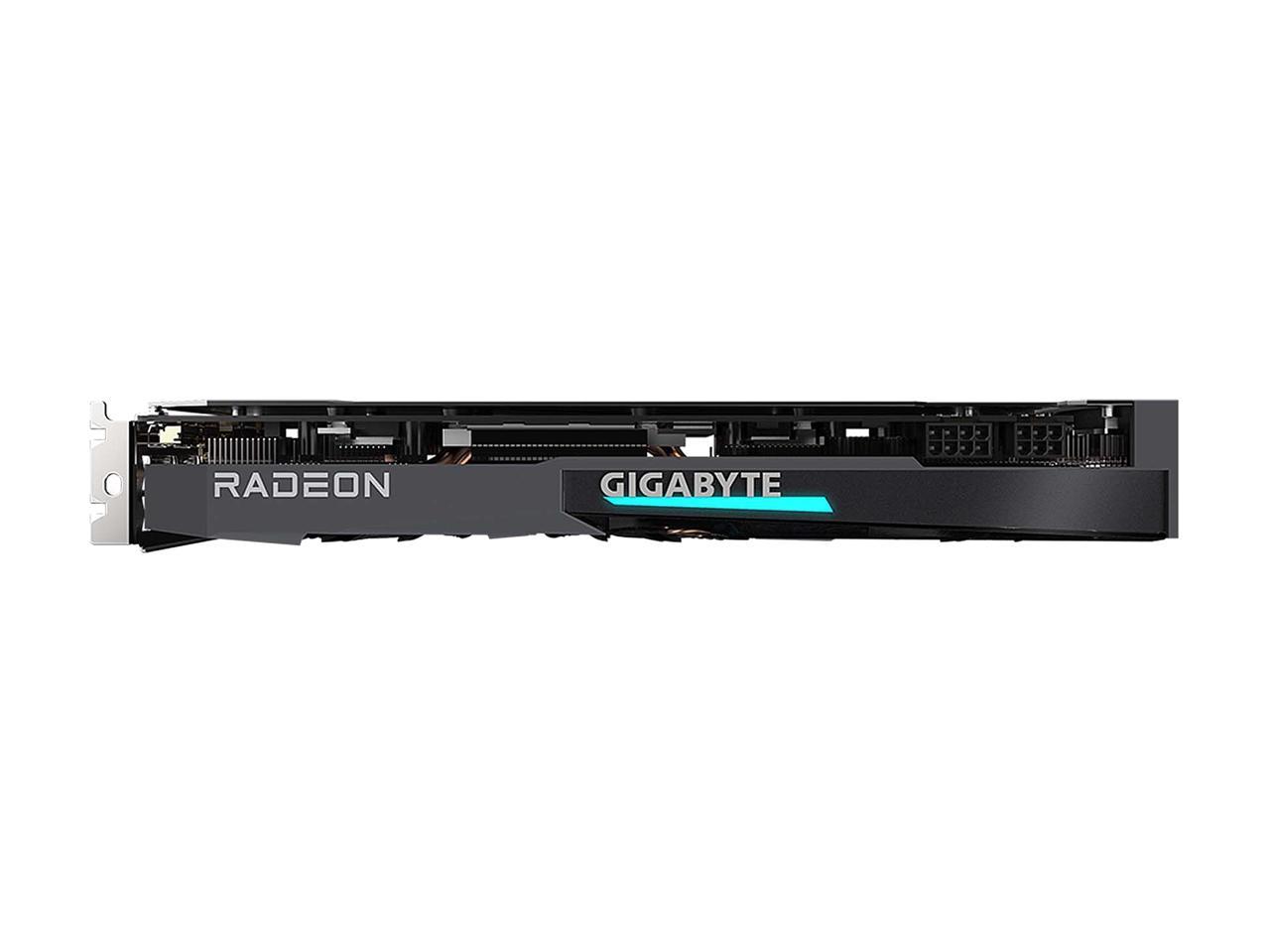 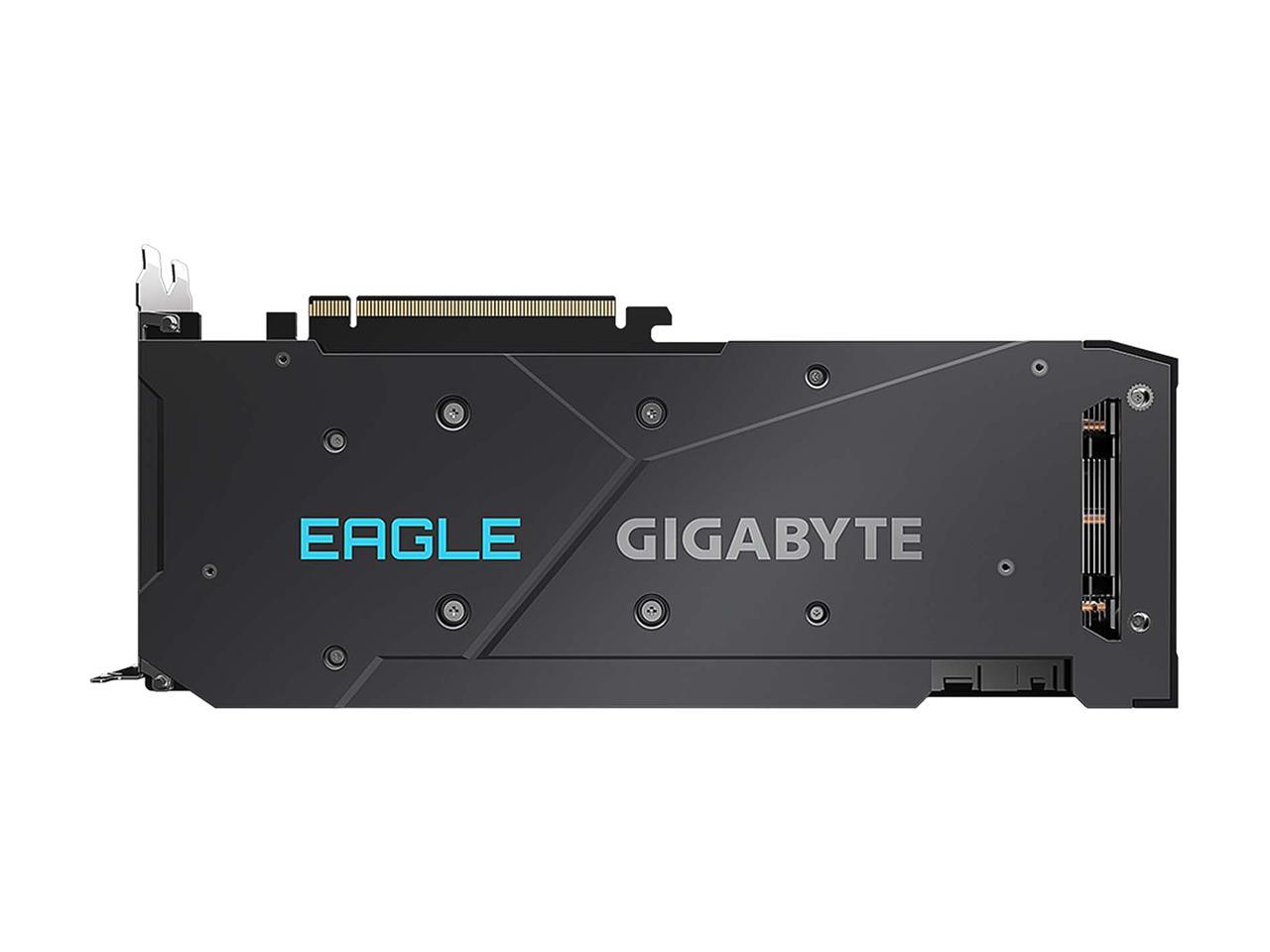 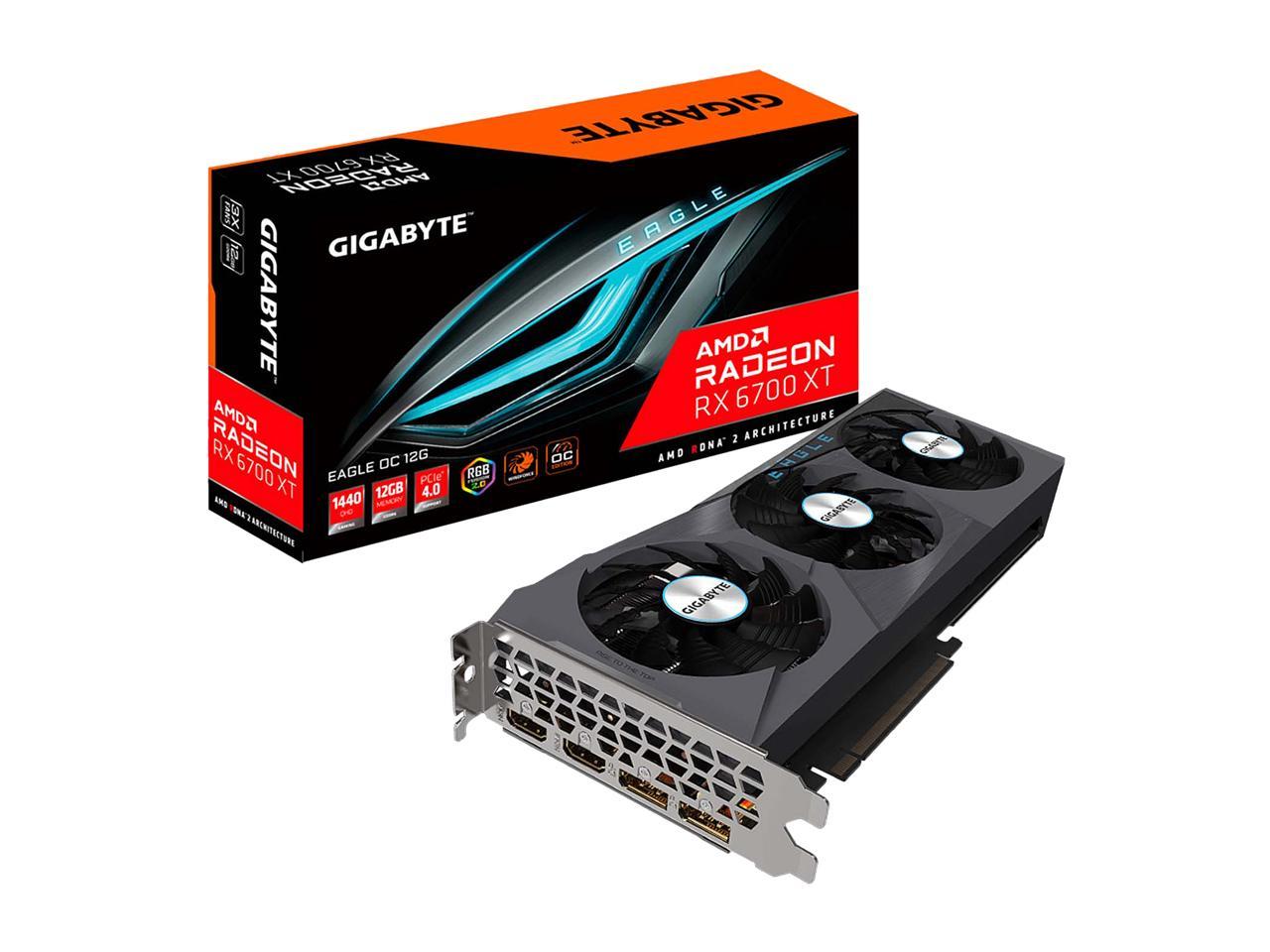 * "Boost Clock" is the maximum frequency achievable on the GPU running a bursty workload. Boost clock achievability, frequency, and sustainability will vary based on several factors, including but not limited to: thermal conditions and variation in applications and workloads.

* All the images in this page are for illustration only.

Pros: Narrow and thin card, which is good for smaller cases. It is long though. Only needs an 8 pin + a 6 pin power connector. Powerful mid range card.

Cons: Not much RGB if that's your thing.

Overall Review: It is not fancy looking but I like that, with simple branding on it. Some of these GPUs are getting kinda goofy looking. Uses less power than the GTX 1080 ti it replaces, it was under 200 watts for most of the time while the 1080 ti was usually at 250+ watts. It also outperforms the GTX 1080 ti by quite a bit in most games. Runs cool if you change the fan curve in Afterburner, otherwise it rarely turns the fans on at desktop and gets up to 50 degrees. After gaming for a few hours it was 64 degrees and my case needs more air intake fans. So the cooler does a great job. It was just installed so maybe the thermal compound will settle in after a few reboots and temps won't get so warm at desktop.

Pros: Havent had a single problem with it yet Fits good without a riser cable Good power consumption

Cons: Only thing I would change is rgb, but the stock blue goes good with matched components

Overall Review: Coming from a card that crashed and blue screened every hour I might be a bit biased but its everything Ive ever wanted. Can play most games at ultra settings (though I play a bit lower for a smoother experience). So far one hiccup and Im pretty sure it was a a driver issue which I just had to update though adrenaline. And I got it at a decent price for the market now.

Pros: * Custom Tri-fan included...much better than stock dual-fan arrangement, imo. * Performed perfectly out of the box *Same exact hardware specs as the GB Gamer OC version of the 6700XT, only difference I could see is that the Gamer OC 6700XT has a longer/larger fan shroud than the Eagle *Bios supports peak boost clock of 2620MHz * at 4k it's 20%-35% faster than my former 5700XT at 4k, depending on game *Very little RGB...which was a plus for me *11.1" inches in length, which was ideal for my case as I had plenty of room left *Only one minor driver complaint so far, see "cons"--no black screens, or other problems *Temps have been no problem at all, much cooler than the 5700XT's T-Junction Temp, btw

Cons: * Be advised that unlike the 5700XT, the 6700XT doesn't work well with Enhanced Sync turned on in the drivers. I advise keeping Enhanced Sync turned off until AMD can fix this--it's really a nice feature when working correctly. It does not cause black screens with the 6700XT, but causes occasional slight horizontal flickering of monitor simultaneously with buzz sound in headphones every so often--but turning Enhanced Sync off in the drivers fixed it instantly and 100%, I'm glad to say! I saw this with the 22.3.2 & 22.4.1 Adrenalins. The only "con" I have found, and it's both temporary and minor. Have reported this to AMD in a bug report.

Overall Review: I recommend this product, definitely. Satisfied with my purchase! RDNA2 is quite an improvement over RDNA1--although I had no real complaints with my 5700XT, which I used for going on three years. Would buy again at the comparatively low price I paid, or even lower, of course...;)

Cons: Backplate is too far back that hits the I/O shield

Overall Review: Nice card, but you are better off with another design so you dont pay extra for a riser cable

Overall Review: Adjusted settings for hrs could not get core temp to come down (headache)

Manufacturer Response:
Dear Customer, Thank you for your comments. We apologize for your difficulty with your GIGABYTE product. Please contact us at support-newegg@gigabyteusa.com with case number 187664 in the e-mail subject line. We will provide personalized service and analysis to help solve your issue ASAP. If the matter is urgent, please send us your contact number, and we will contact you. GIGABYTE VIP Support Team
Anonymous
Ownership: 1 week to 1 month
Verified Owner
Good seller and good product2/19/2022 11:26:23 AM