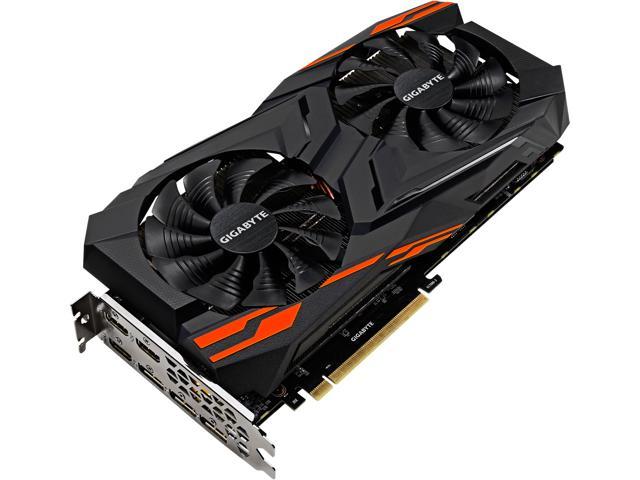 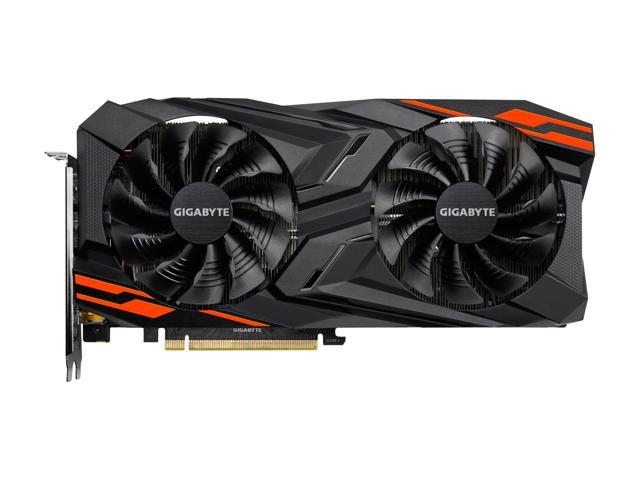 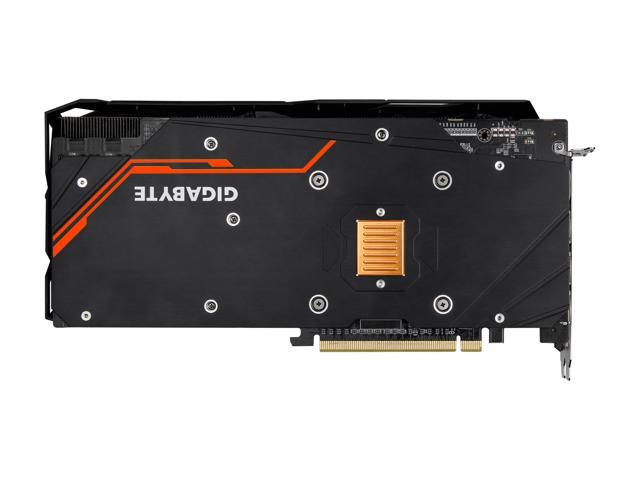 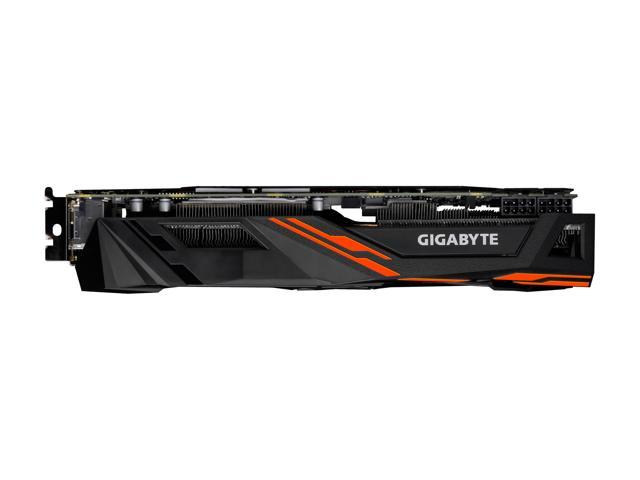 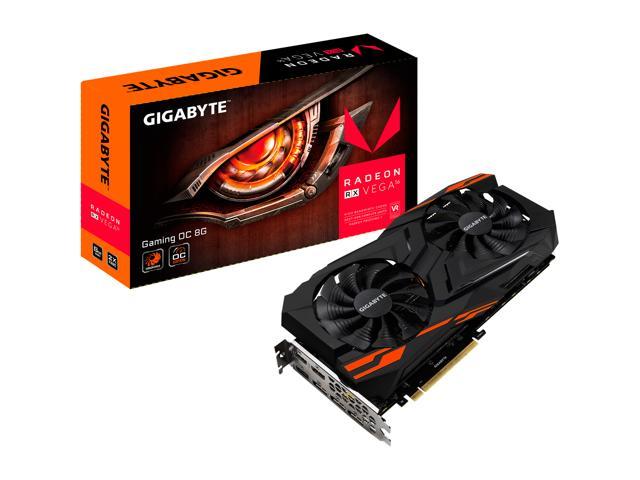 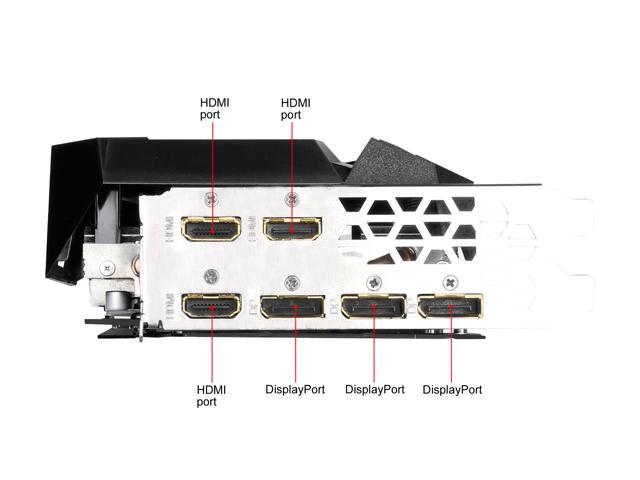 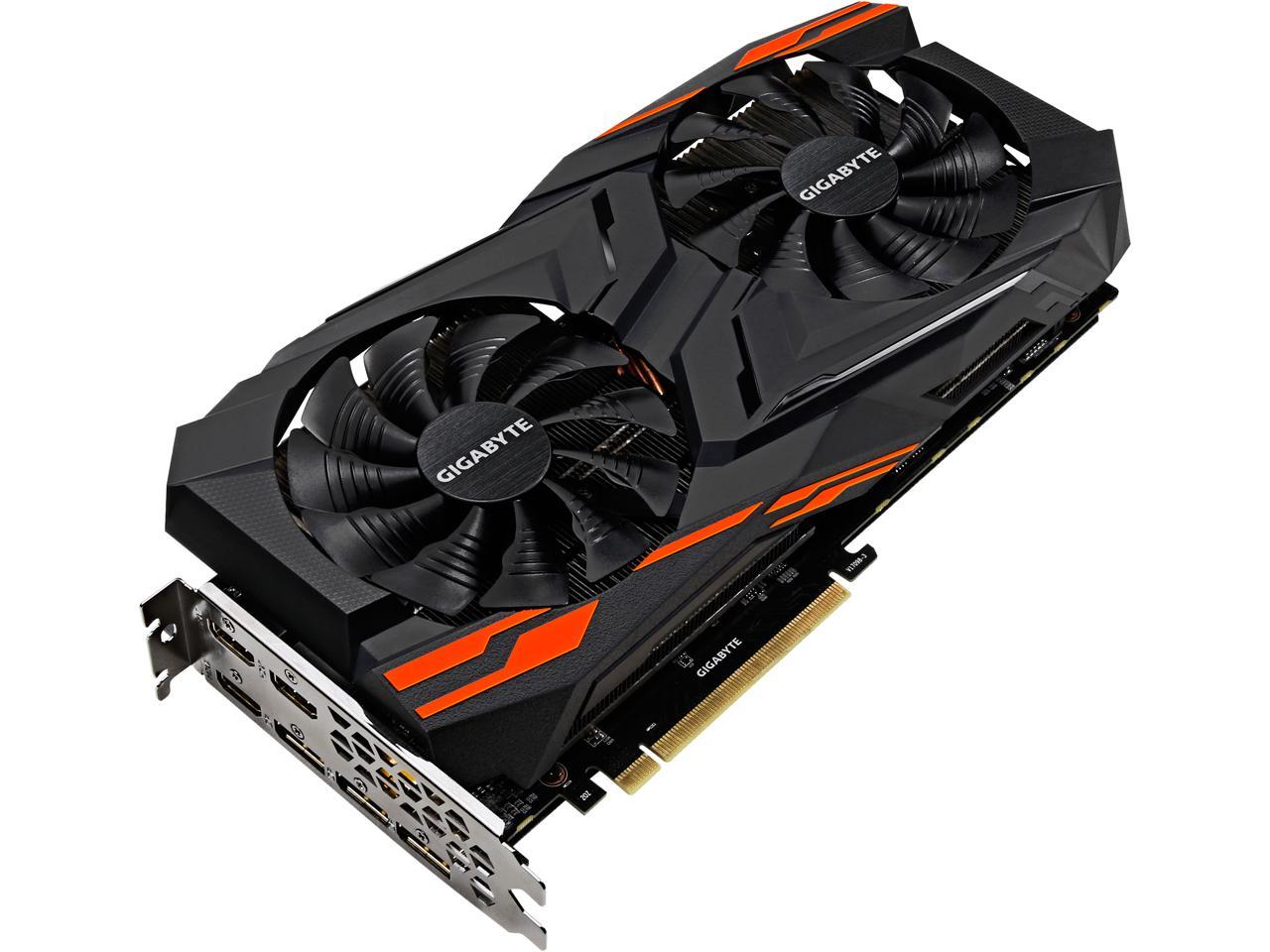 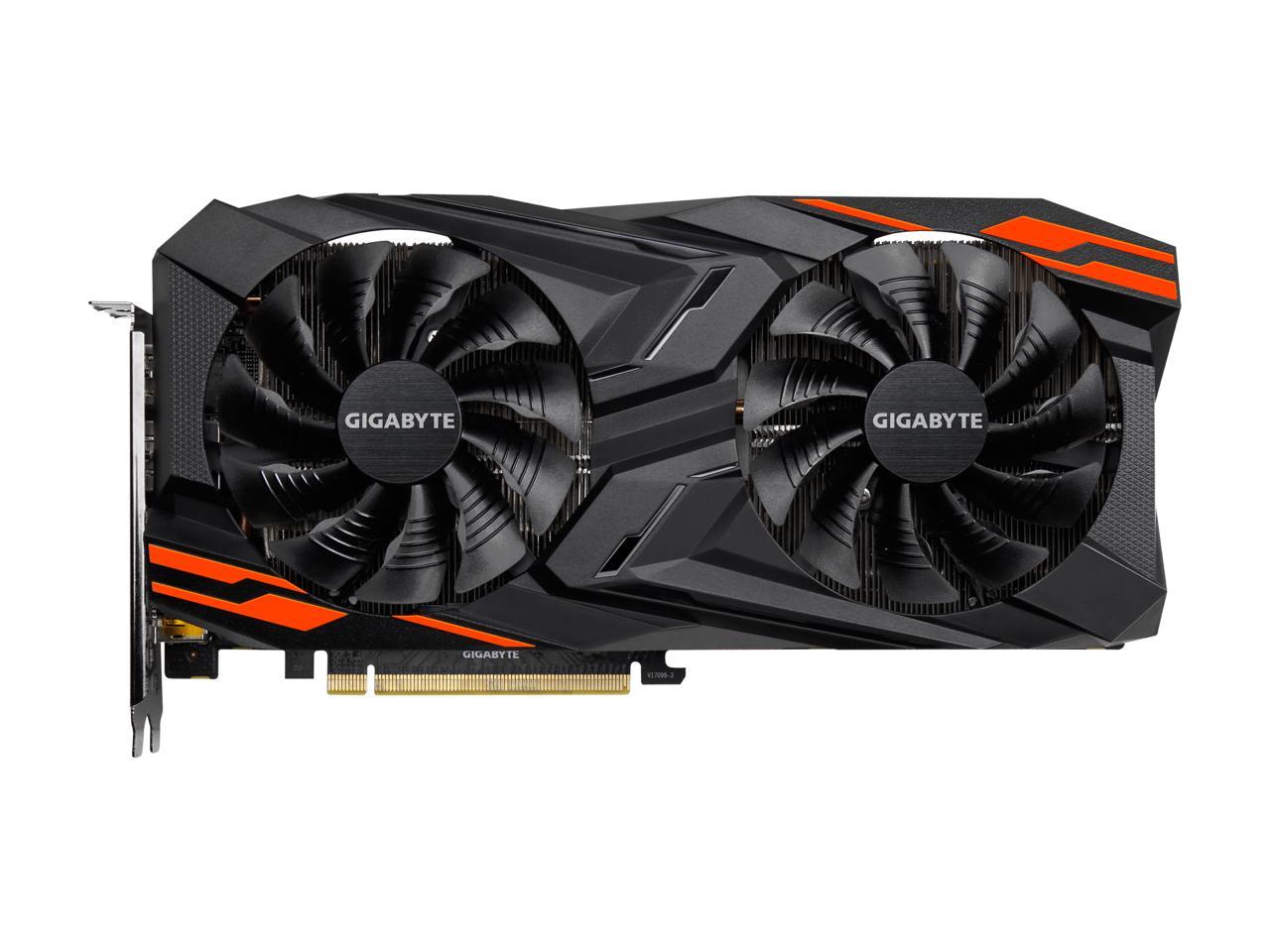 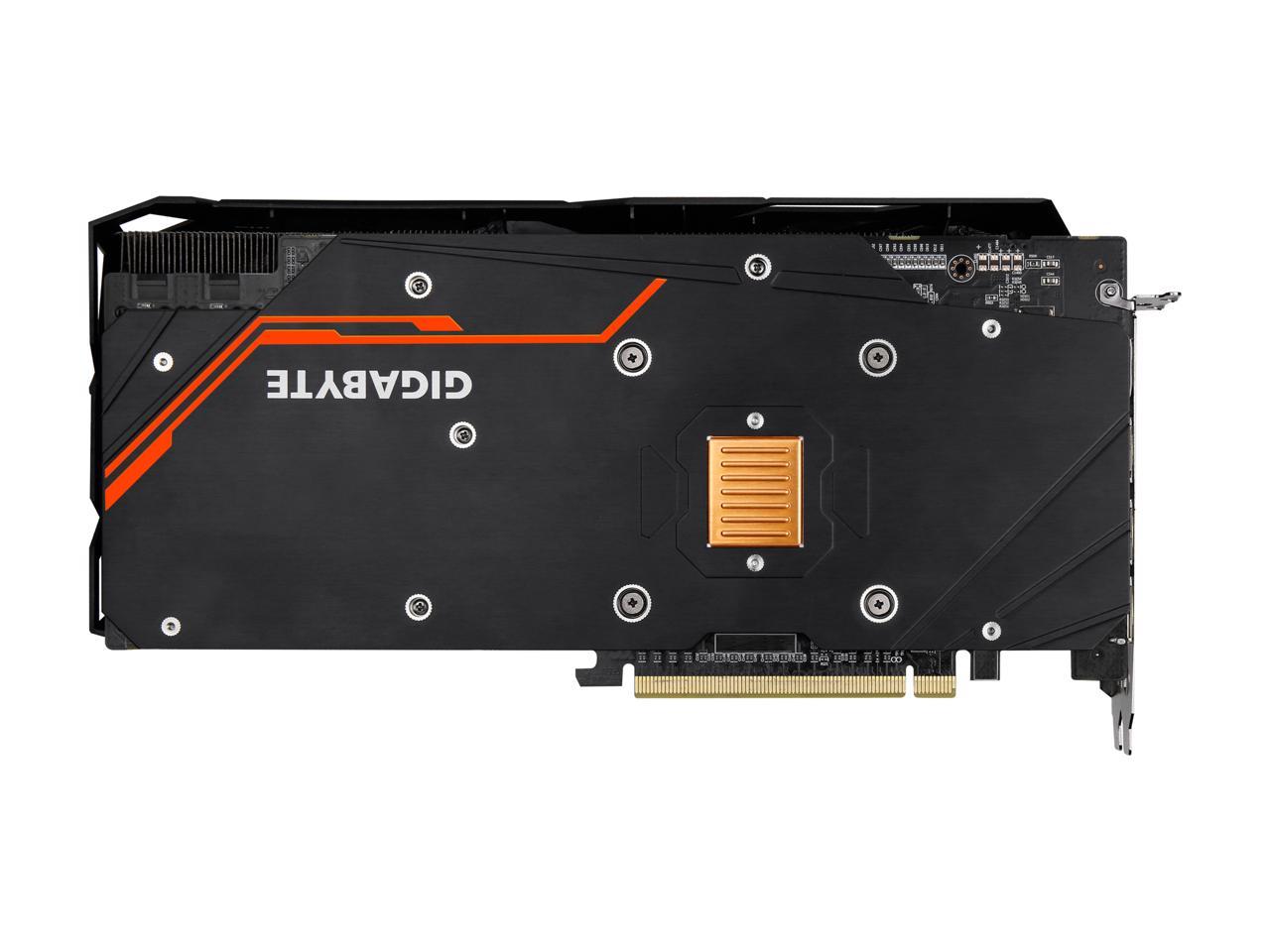 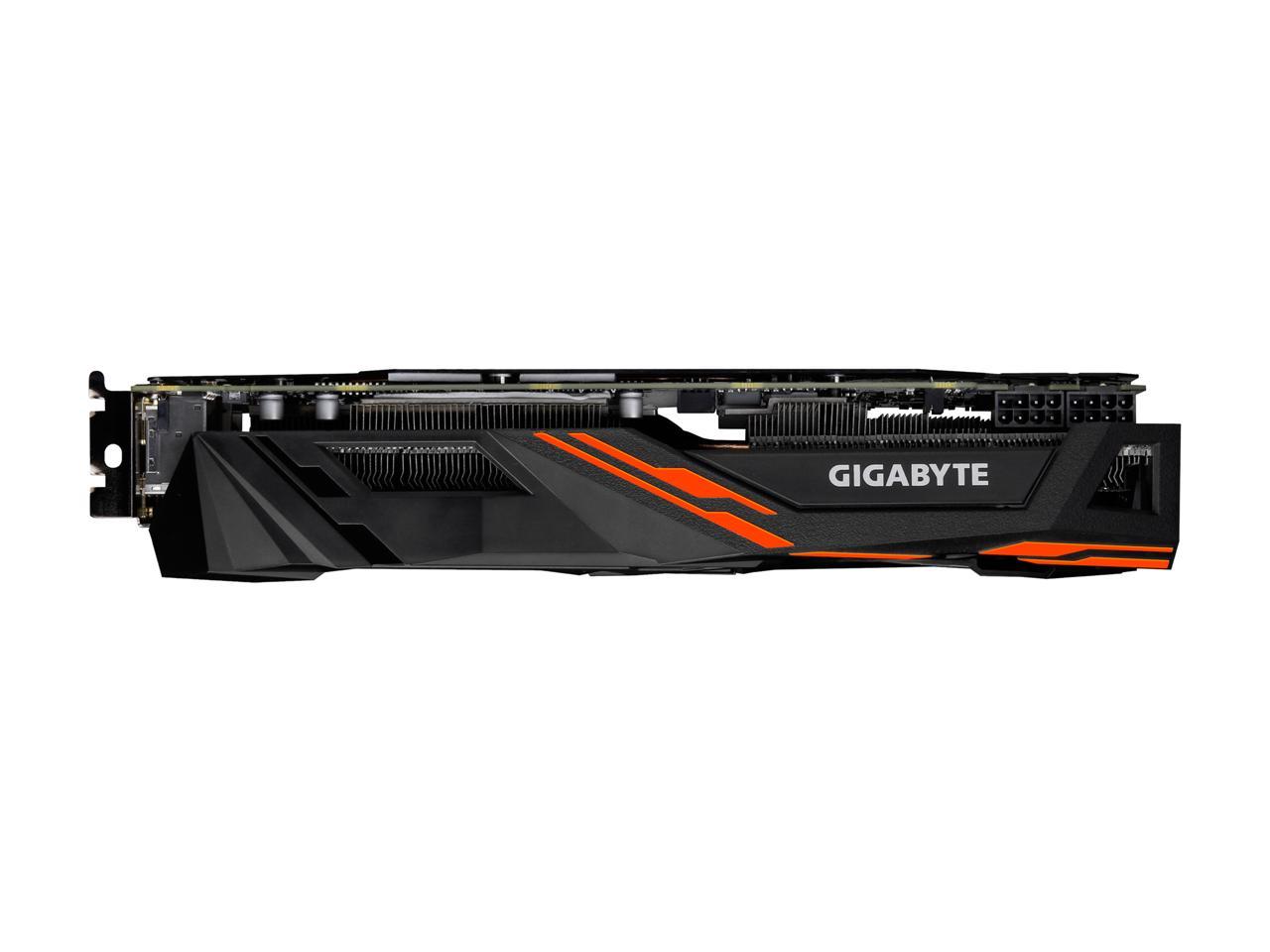 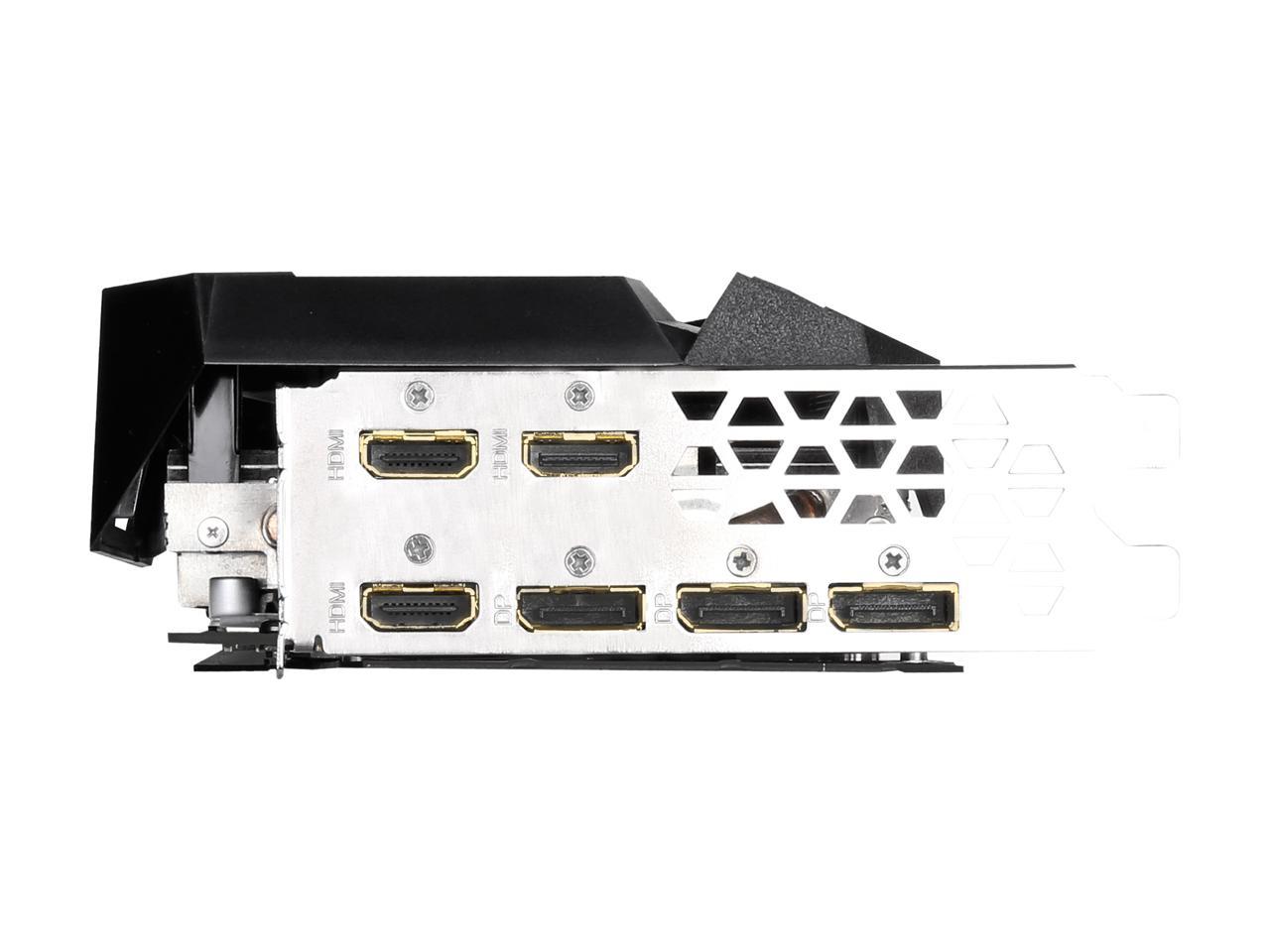 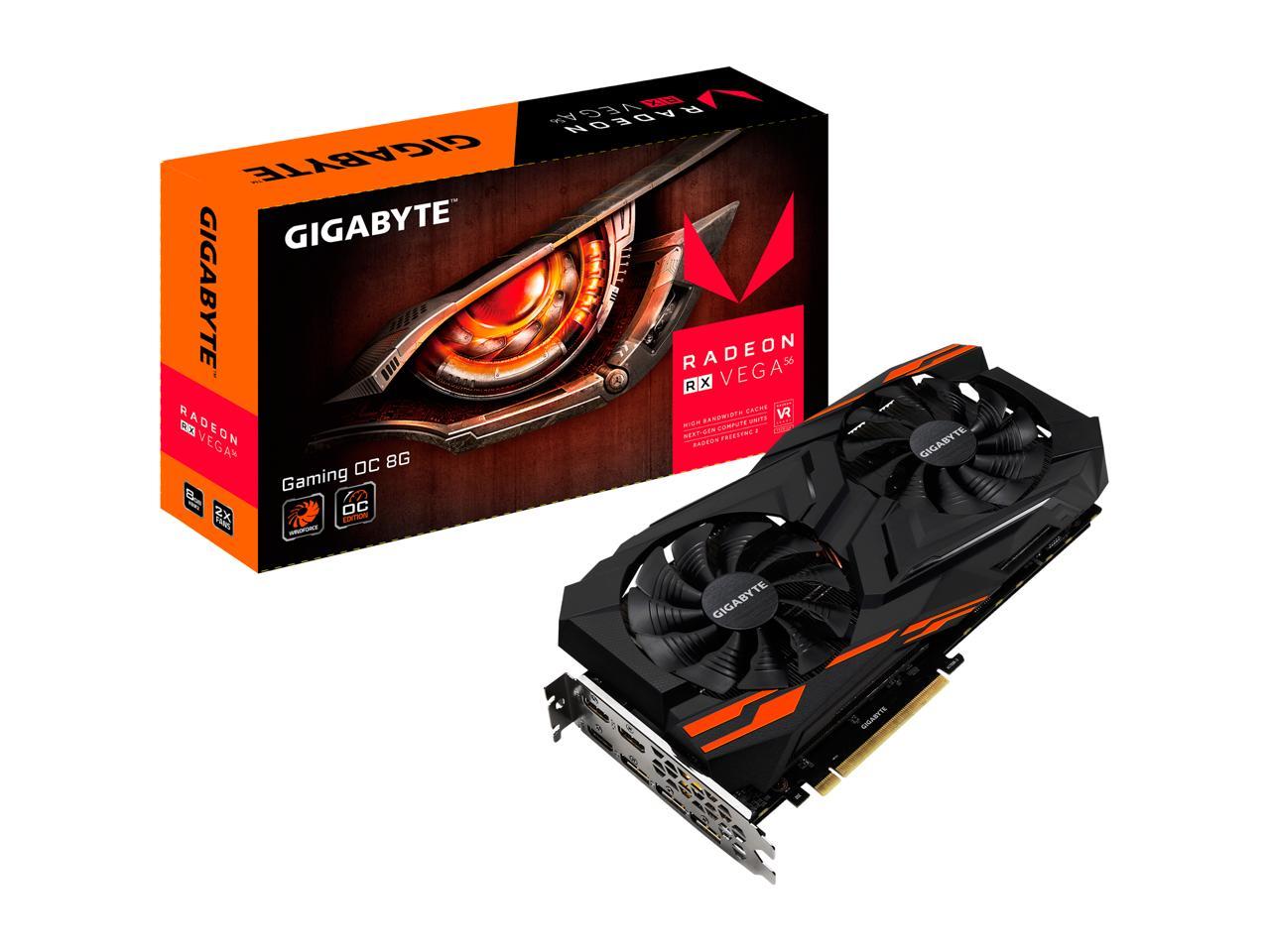 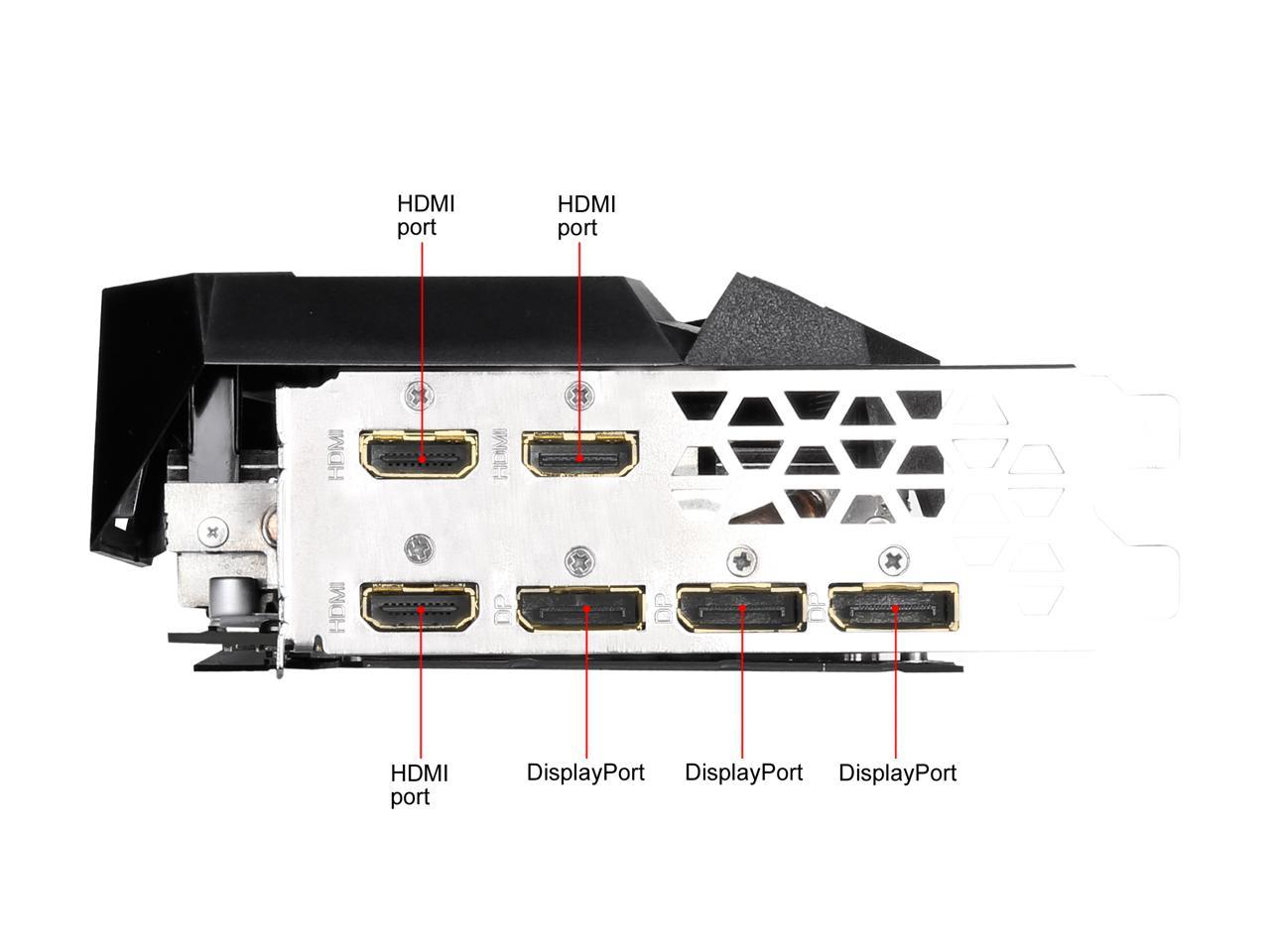 Supercharge your gaming experience with the GIGABYTE Radeon RX VEGA 56 GAMING OC 8G graphics card. It is powered by AMD RX VEGA 56 GPU with 8GB 2048-bit high bandwidth memory, delivering the horse power to drive whatever comes next. Radeon VR Ready Premium provides you with immersive, interactive and intuitive VR experiences. The state-of-the-art cooling system ensures highly-efficient heat dissipation for excellent performance even in the heat of the action. A rich set of innovative AMD technologies – like Crossfire Technology, Eyefinity Technology, Freesync Technology and HDMI 4K support, offers you more than one way to elevate your gaming experience. The pure copper heat pipes are shaped to maximize the direct contact area to the GPU for enhanced thermal transfer. Excessive heat from GPU not only gets dissipated utilizing the massive cooling module in the front but also through the back side with a copper plate, providing a well-rounded thermal solution for the GPU. And additional heat-pipe on the back can dissipate more heat from the key components. The angular fins with different heights not only channel the airflow through the fins and enlarge the contact surface, but also result in a lower noise level and better cooling capacity.

With 3x DisplayPort and 3x HDMI outputs, you can arrange up to 6 monitors in any way you like, and enjoy 6 displays at the same time. BUILT FOR OVERCLOCKING WITH 12+1 POWER PHASES

Compared to the reference card, the 12+1 power phases on the card make the MOSFET working at a lower temperature and provide more stable voltage output.

* Specifications and appearance may vary by model or region.

Pros: Quiet compared to my other Vega 56 & 64 cards Stable, no crashes or screen glitches.

Cons: Card does have a cheaper feel to it because the plastic and the metal backplate is thinner than my other Vega cards. But isn't really a con since it doesn't seem to impact performance that I've noticed, just a nitpick...

Overall Review: I know this card has gotten many bad reviews not only on this site but others as well. I took a chance after reading all the negativity because the sale was too goo to ignore. I have two other Vega cards (56 & 64) on other PCs - both from MSI and they have a reference style blower fan and they are both really loud when they wind up... the Vega 64 is so loud I had to move my PC under my table trying to move it further away from me cause the noise would make it difficult to hear dialog through my speakers sometimes. Comparing this Gigabyte card to my MSI Vega 56 on a different PC, this one is much quieter and I get pretty much the same results from a graphics/framerate perspective. I have a 144hz Free2sync2 HDR monitor and this runs AAA game smoothly with the highest settings at 1440 resolution (40-50 fps). My Vega 64 will get 60-70 fps in the same games. I used to overclock everything I could in the past but now a days, I'm okay with running my PC / Graphics at stock speeds; the increase in benchmarks & FPS isn't worth the headaches to me anymore... I can't say why I'm one of the lucky ones that have had a good experience with this card but I did read somewhere saying to use two separate power cables to the PSU and not a single one with a splitter at the end... Not sure if this gave it a more stable power feed or not but all I can say is I've had zero issues with this card since I got this.

Overall Review: This was the highest rated card in my price range at the time of my build. It runs everything I've thrown at it so far, with ease! No complaints.

Pros: -Good card that offers 1440p with stable framerate -relatively cheap for the time being

Overall Review: I upgraded from my rx 580 to this card and I just have to say its done nothing but wonders for me so far.

Pros: For the first few weeks, it worked pretty well

Cons: - After few months, started showing symptoms mentioned by other users - Now it guarantees a crash of some sort whenever I start a game

Overall Review: I bought this about 6 months ago. At first it worked pretty well, felt good because it was a huge upgrade for me. But after a few months, it started generating crashes, and about a month after that, it came to a point where I had to go back to my older vga because I literally couldn't play games for more than 10 minutes. Honestly disappointed.

1 out of 1 people found this review helpful. Did you?
Manufacturer Response:
Dear Customer, Thank you for your comments. We apologize for your difficulty with your GIGABYTE product. Please contact us at support-newegg@gigabyteusa.com with the case number 170685 in the e-mail subject line. We will provide personalized service and analysis to help solve your issue ASAP. If the matter is urgent, please send us your contact number, and we will contact you. GIGABYTE VIP Support Team
Matthew F.
Ownership: 1 month to 1 year
Verified Owner
Pretty disappointed12/4/2018 7:58:44 PM

Pros: -It hasn't set anything on fire yet.

Cons: -Had to RMA almost immediately, black screens right away as described in other reviews. -After receiving a card back it seemed to work okay for a few weeks, but now it's back to failing under any kind of load including MadVR at basic settings. -The price was massive at the time of purchase and I feel completely ripped off as I'm sure everyone else does with this card.

Pros: Ranked 121% on userbenckmark right out of the box in March of 2019, putting it above gtx 1070, and RTX 2060. Fans are quite effective for a card with a reputation for thermal issues Gets an 50-60 fps on AC Odyssey, 1080p with all settings maxed, dropping to low forties in cities with free-sync enabled Ample ports for additional monitors The only crashes Ive had were due to the memory throttling itself when i manually lowered fan speeds. Would recommend keeping them on at least 40% speed if your card is operating at over %50 capacity, or it will temp spike HARD. Luckily it seems to cut itself off on native settings at about 75C temp.

Cons: The most common bad reviews come from people who could not manage to manipulate the fans to any degree. I will explain why, as it took me over a week to figure out. The Radeon Launcher, for those who've proffered third party gpu apps in the past, is 100% necessary to get this card moving. Under GAMING>Global Settings>Global Wattman, there is a default setting that needs to be disabled for the fans to function dependably or be increased. There is a default toggle option that sets fan speeds on the GPU to ZERO when the temp on the card is low, especially when the pc is coming out of a sleep, off, or otherwise idle state. Disabling this ZERO FAN SPEED option off will allow the gpu to follow the recommended fan speed curve. Personally is still increased the automatic fan curve to ensure the card never goes above 60C. You do need effective airflow in your case even in a regulated temp environment, as this gpu will heat up the inside of the case FAST if there is not adequate airflow. I moved my build to a Cooler Master H500 but my brother just opened the side panel of his budget mid atx DIYPC case.

Overall Review: Overall this is a great card even if its software is not compatible with with 3rd party apps. If you have a freesync monitor and are wary of the 6gb ceiling of the RTX 2060, you cant go wrong with with this rugged entry into the Vega series

Pros: It was in stock

Overall Review: No i do not recommend this card. There is something wrong with this series if you go by other peoples reviews online and are having the same issues.

19 out of 22 people found this review helpful. Did you?
Manufacturer Response:
Dear Customer, Thank you for your comments. We apologize for your difficulty with your GIGABYTE product. Please contact us at support-newegg@gigabyteusa.com with the case number 154575 in the e-mail subject line. We will provide personalized service and analysis to help solve your issue ASAP. If the matter is urgent, please send us your contact number, and we will contact you. GIGABYTE VIP Support Team