Purchases from these Sellers are generally covered under our Newegg Marketplace Guarantee.
1,124 Ratings (60% Positive)
Sold and shipped by: BTE OutletContact Seller
Ships from United States.
1,124 Ratings (60% Positive)
On-Time
Delivery
60.32%
Product
Accuracy
75.09%
Customer Service
Satisfactory
56.88%
View All Seller's Reviews
This item is currently out of stock and it may or may not be restocked.
UNAVAILABLE
Add To Wish List 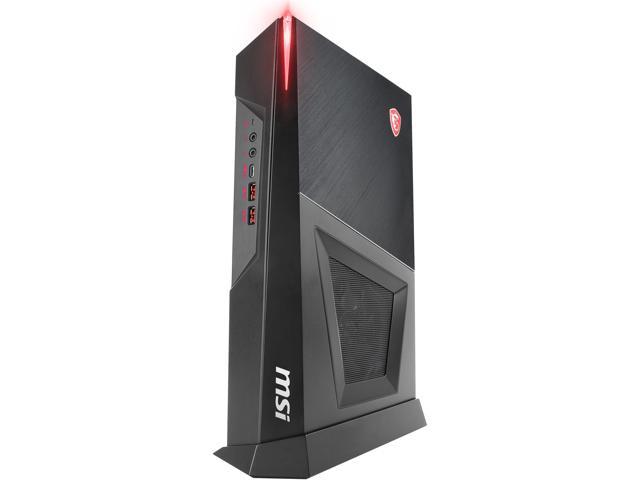 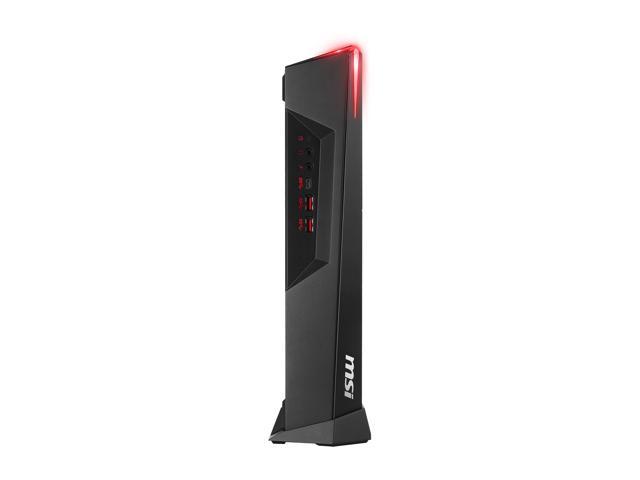 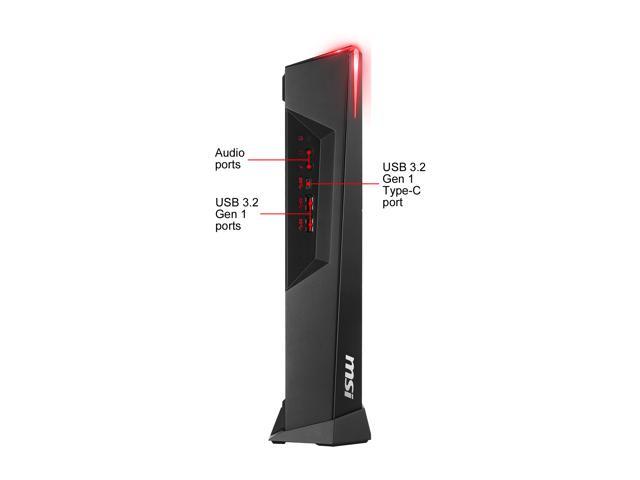 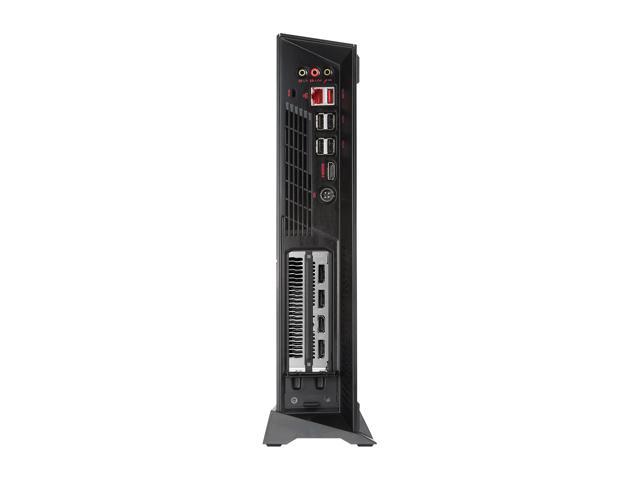 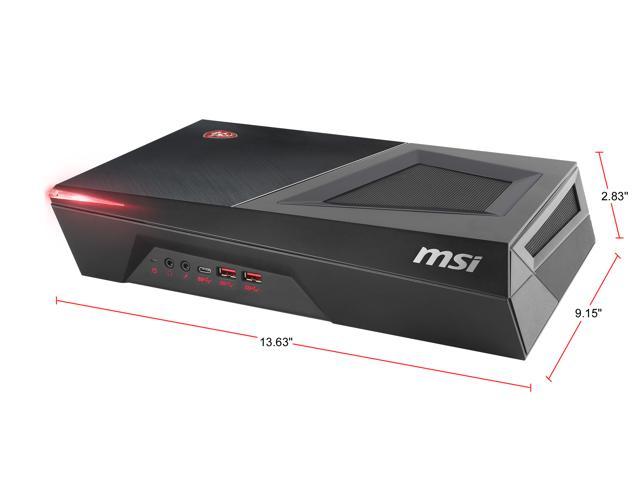 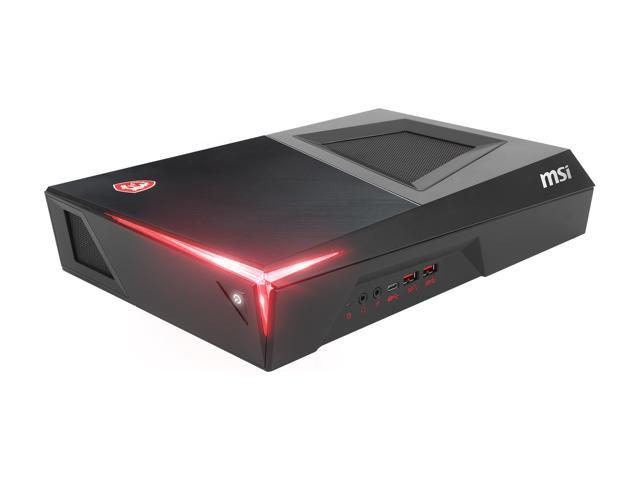 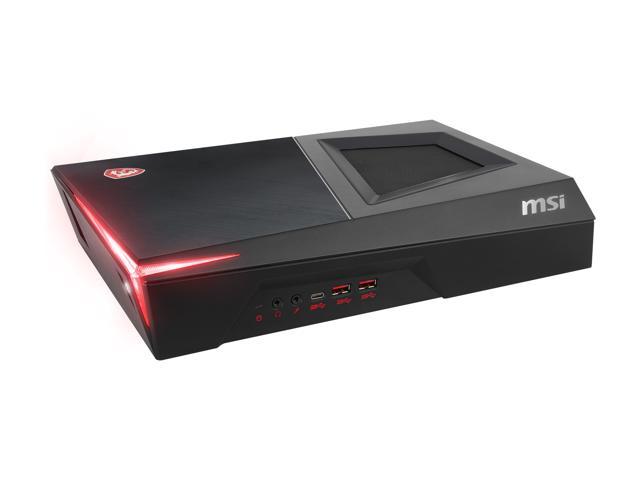 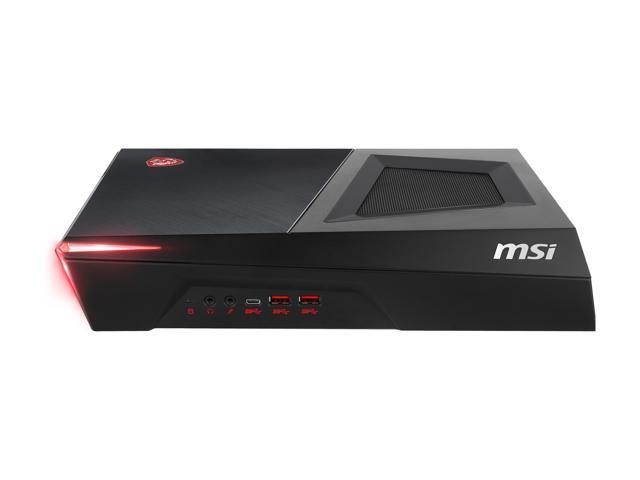 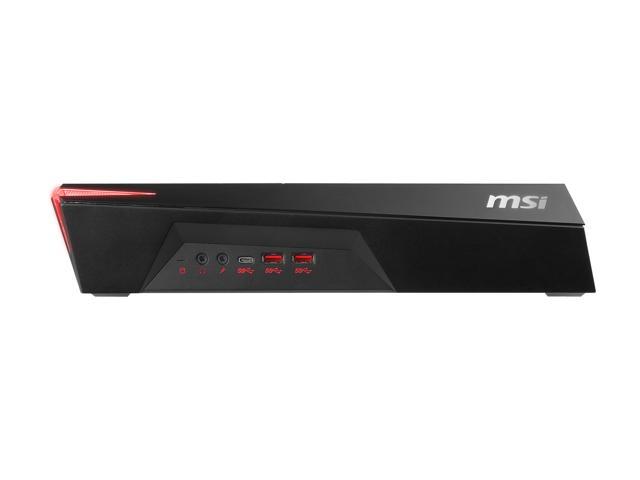 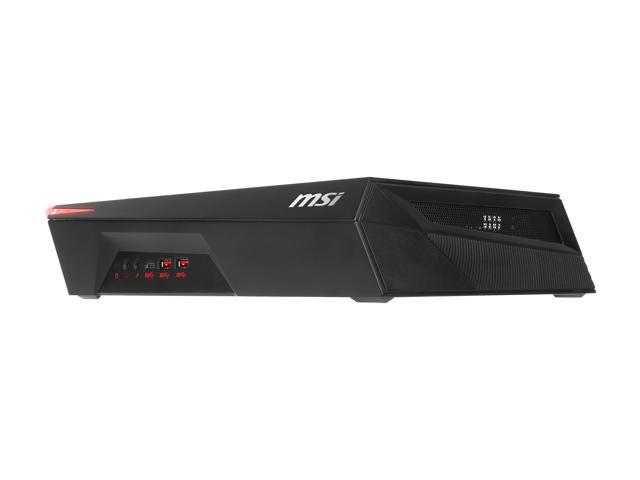 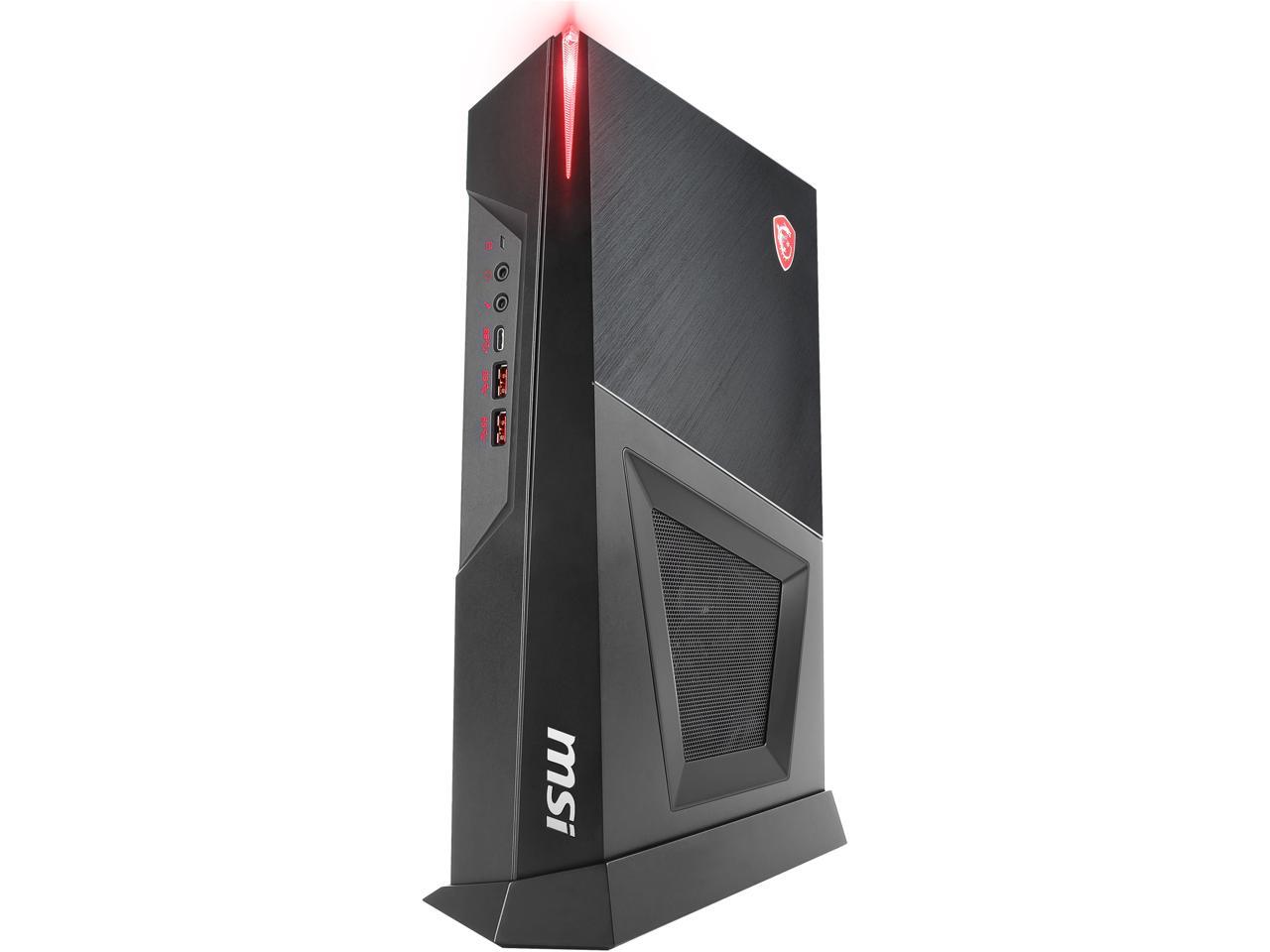 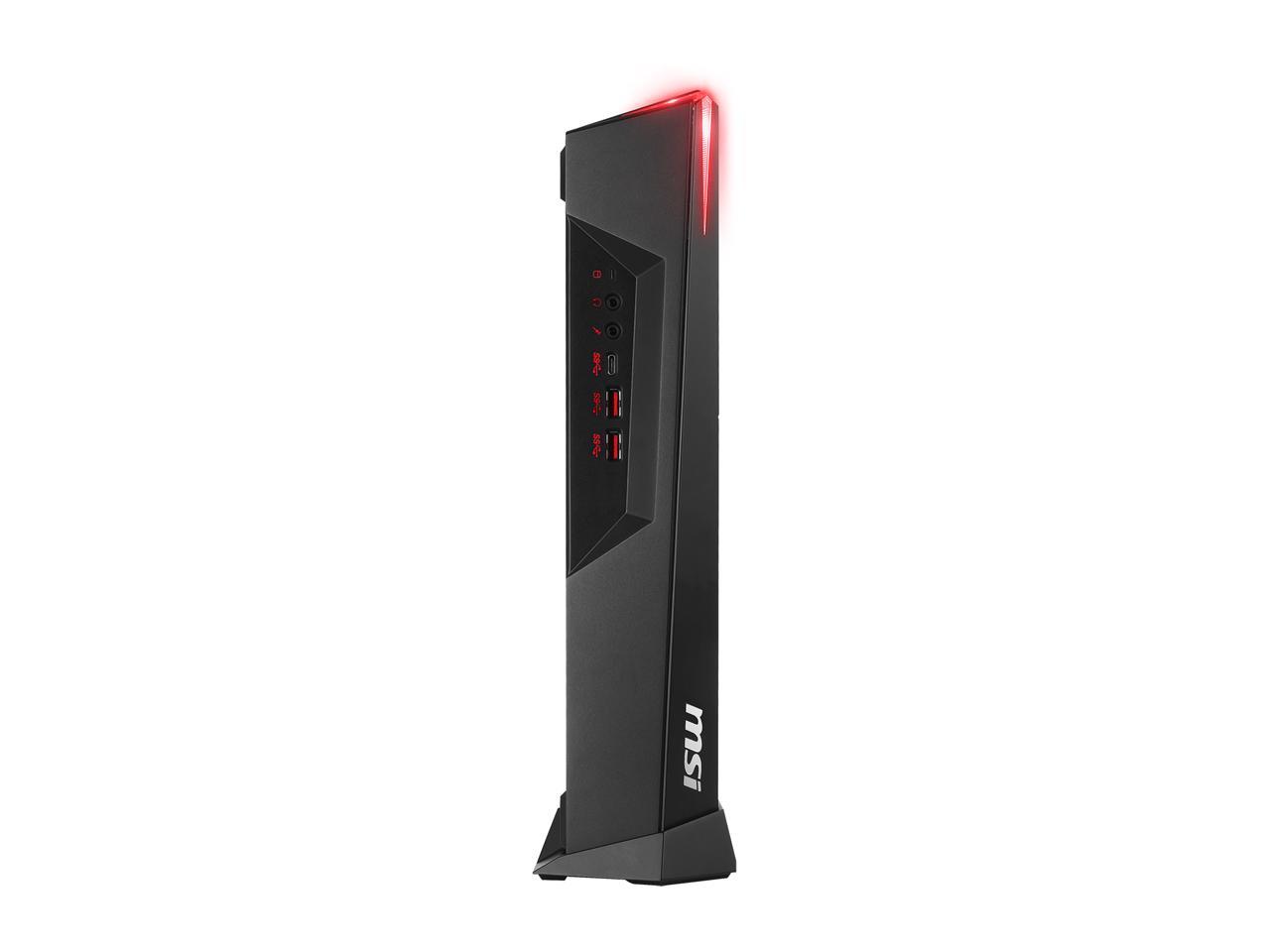 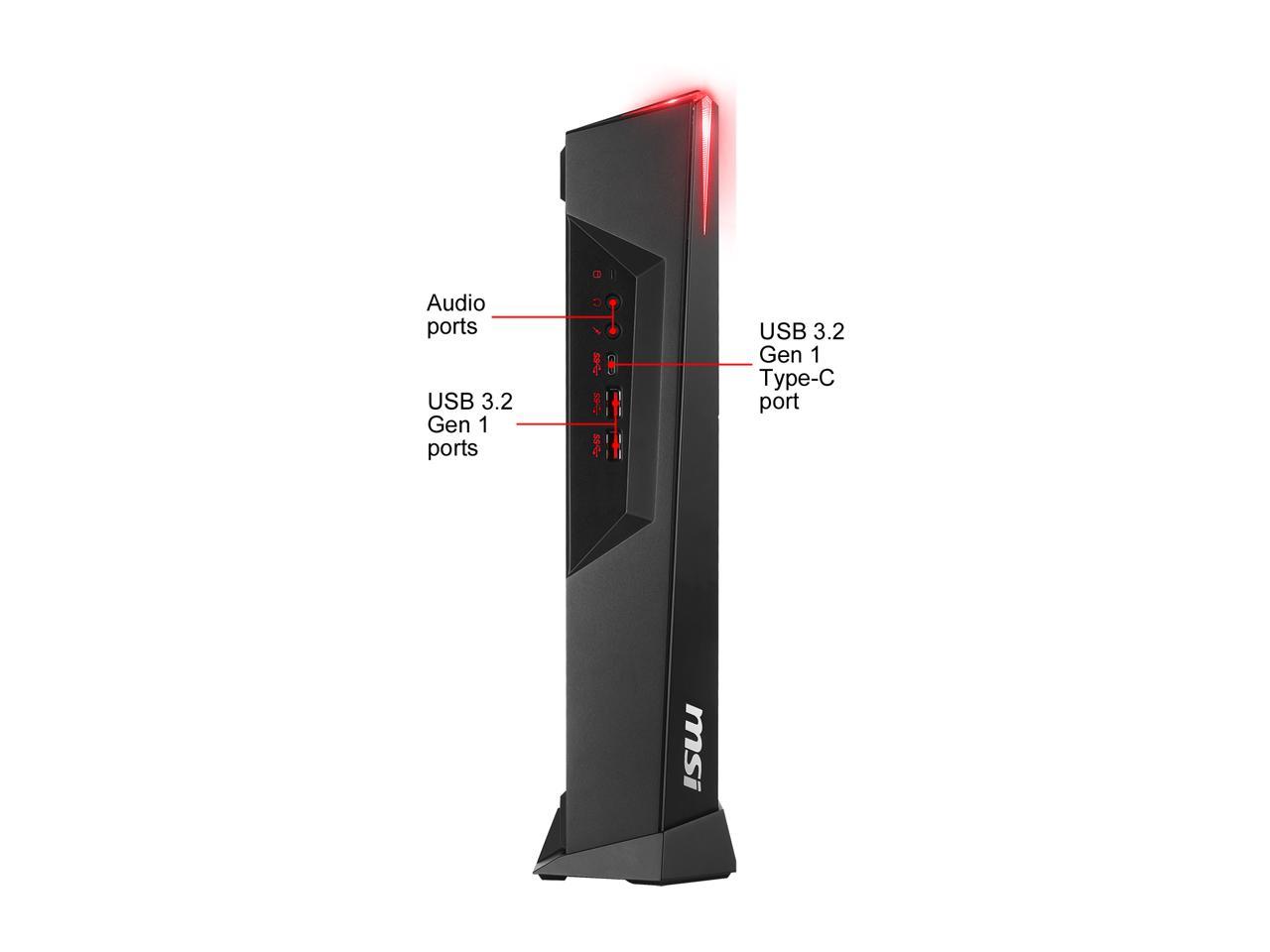 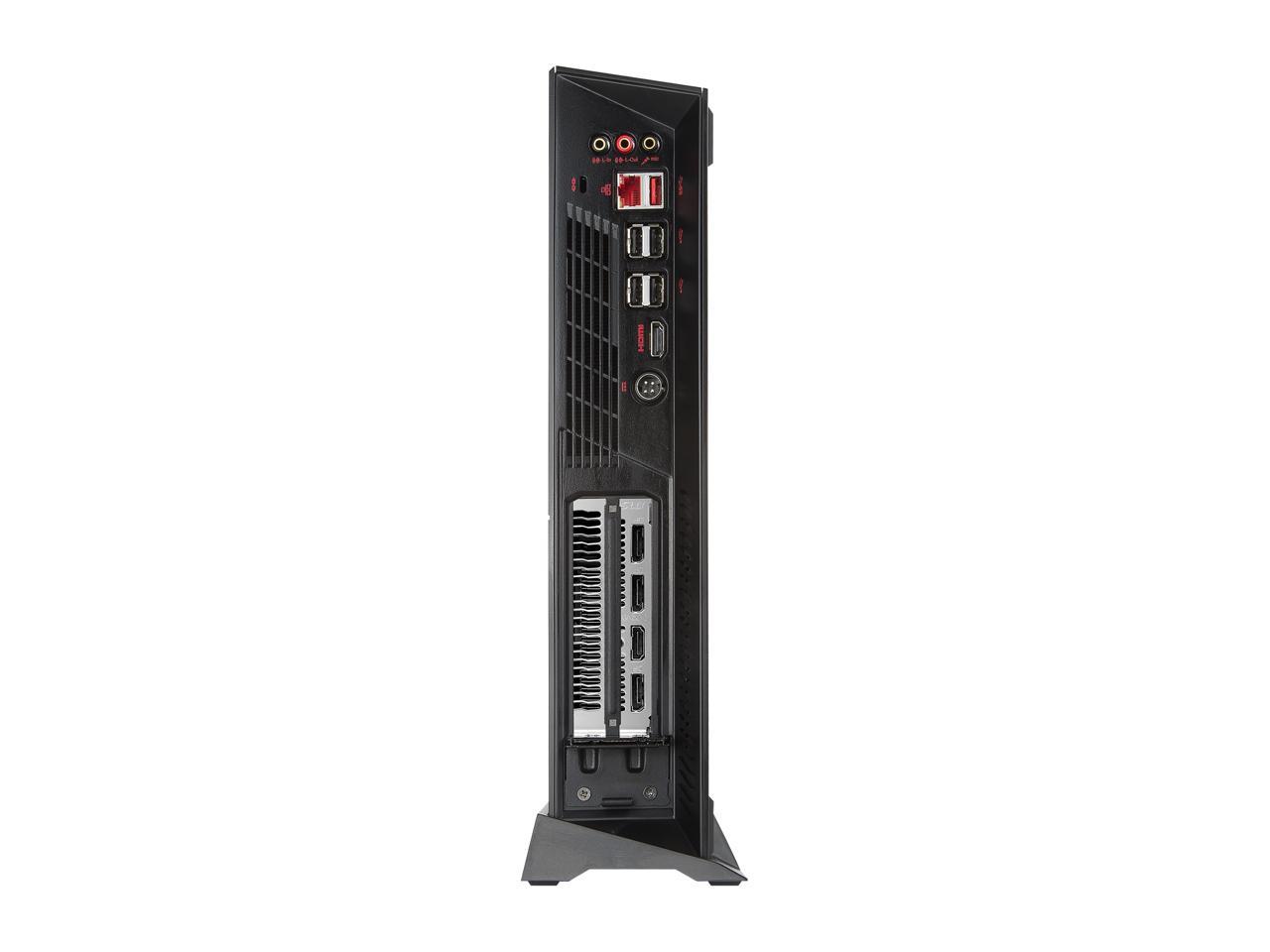 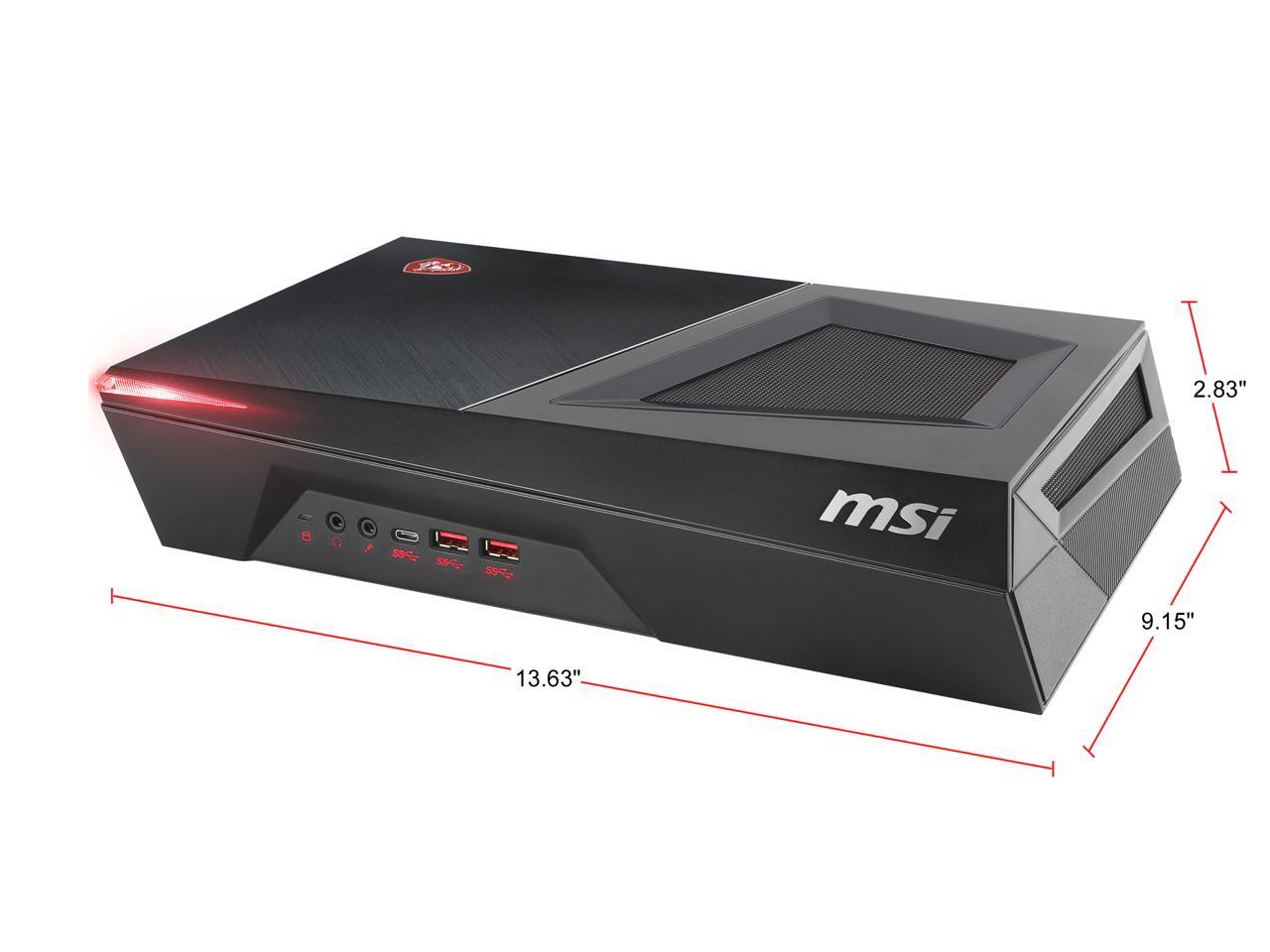 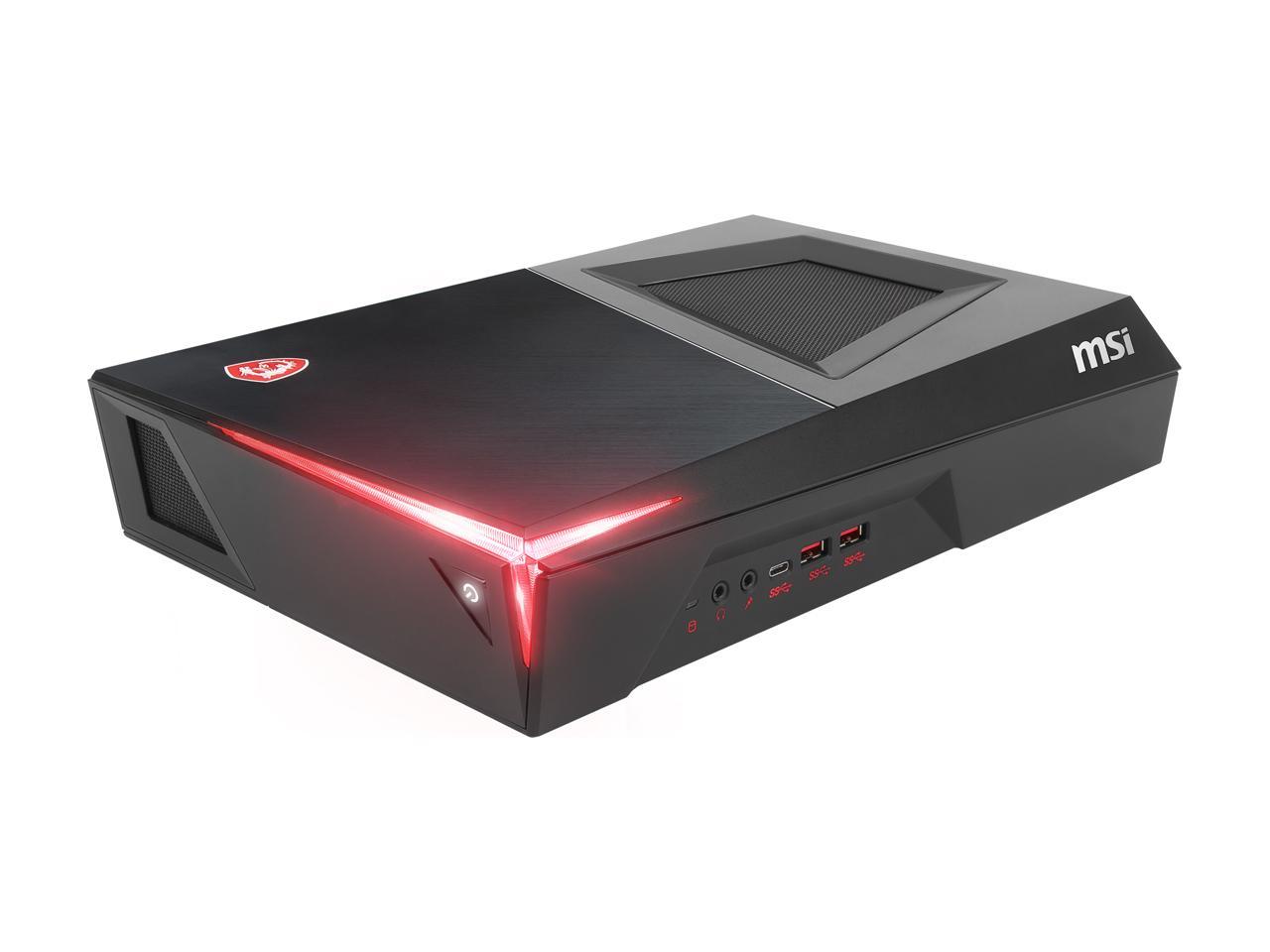 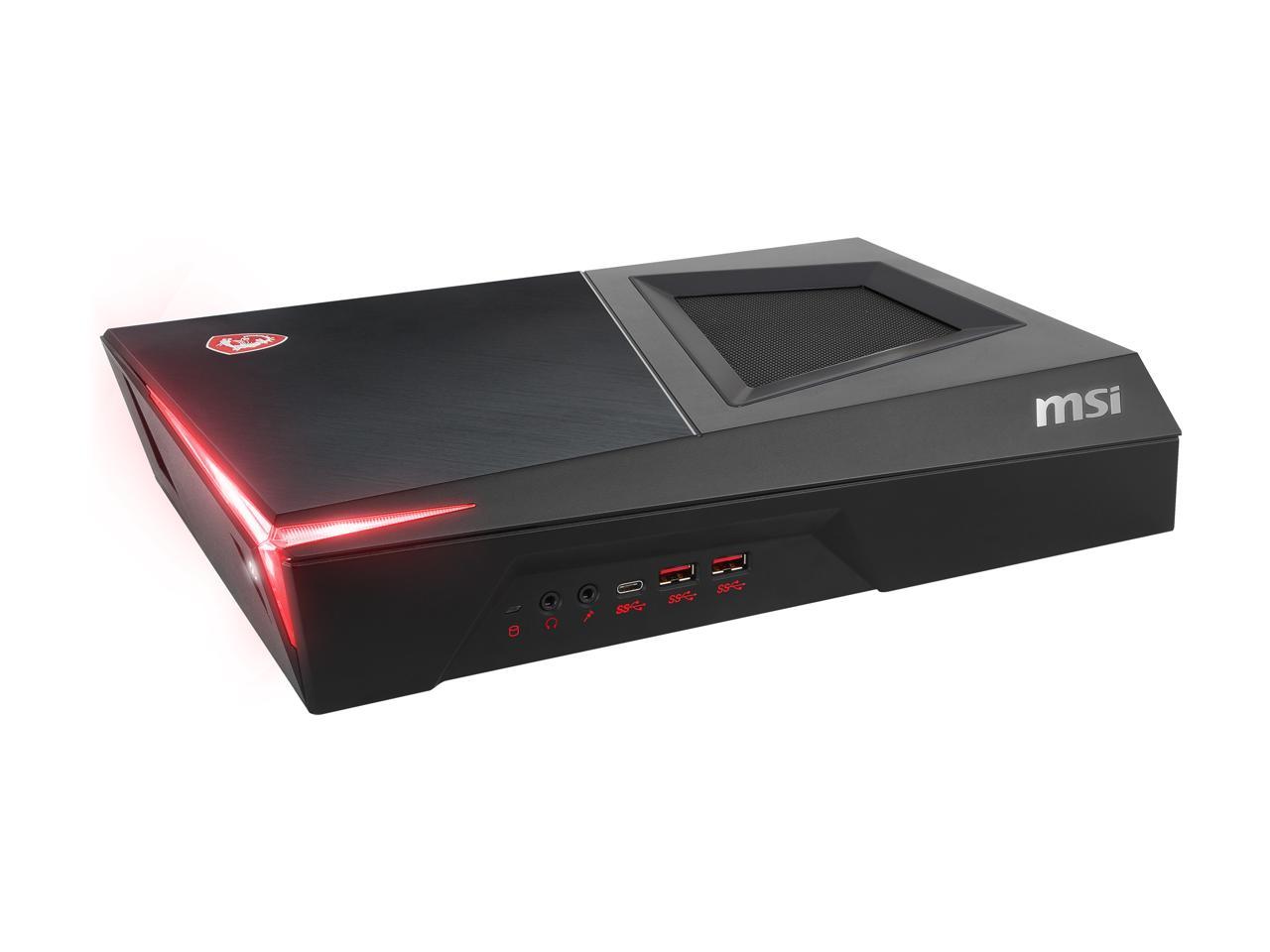 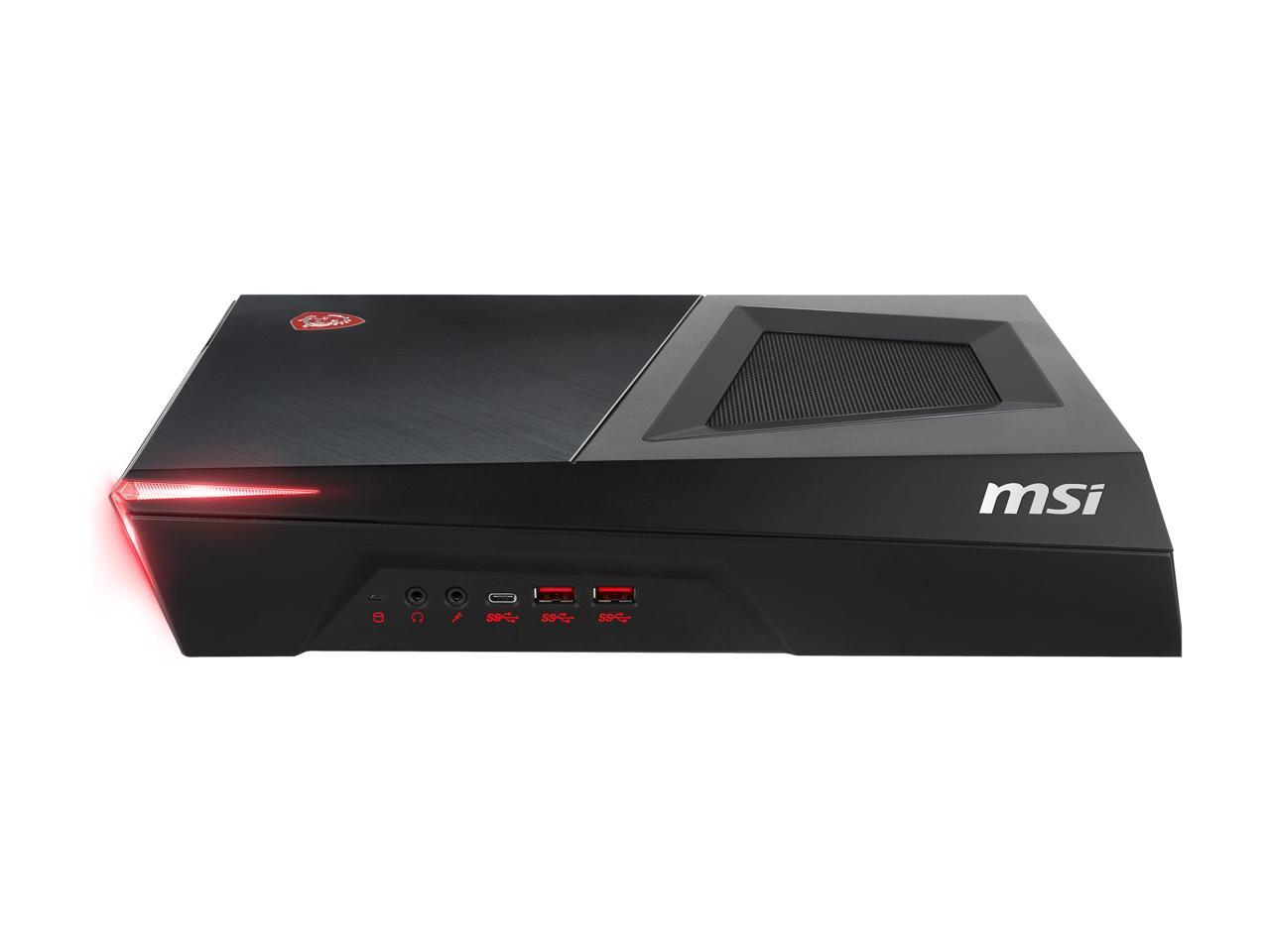 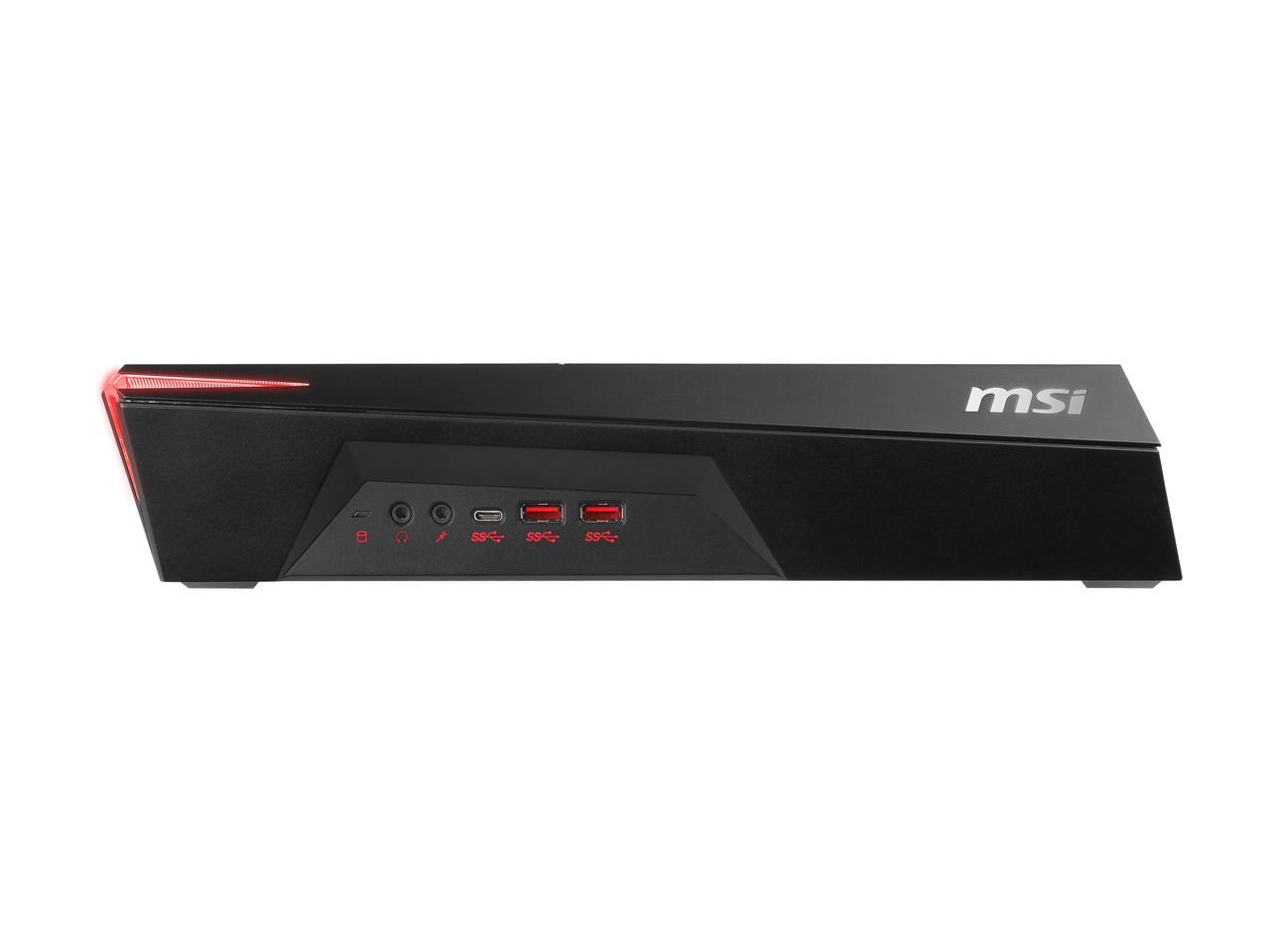 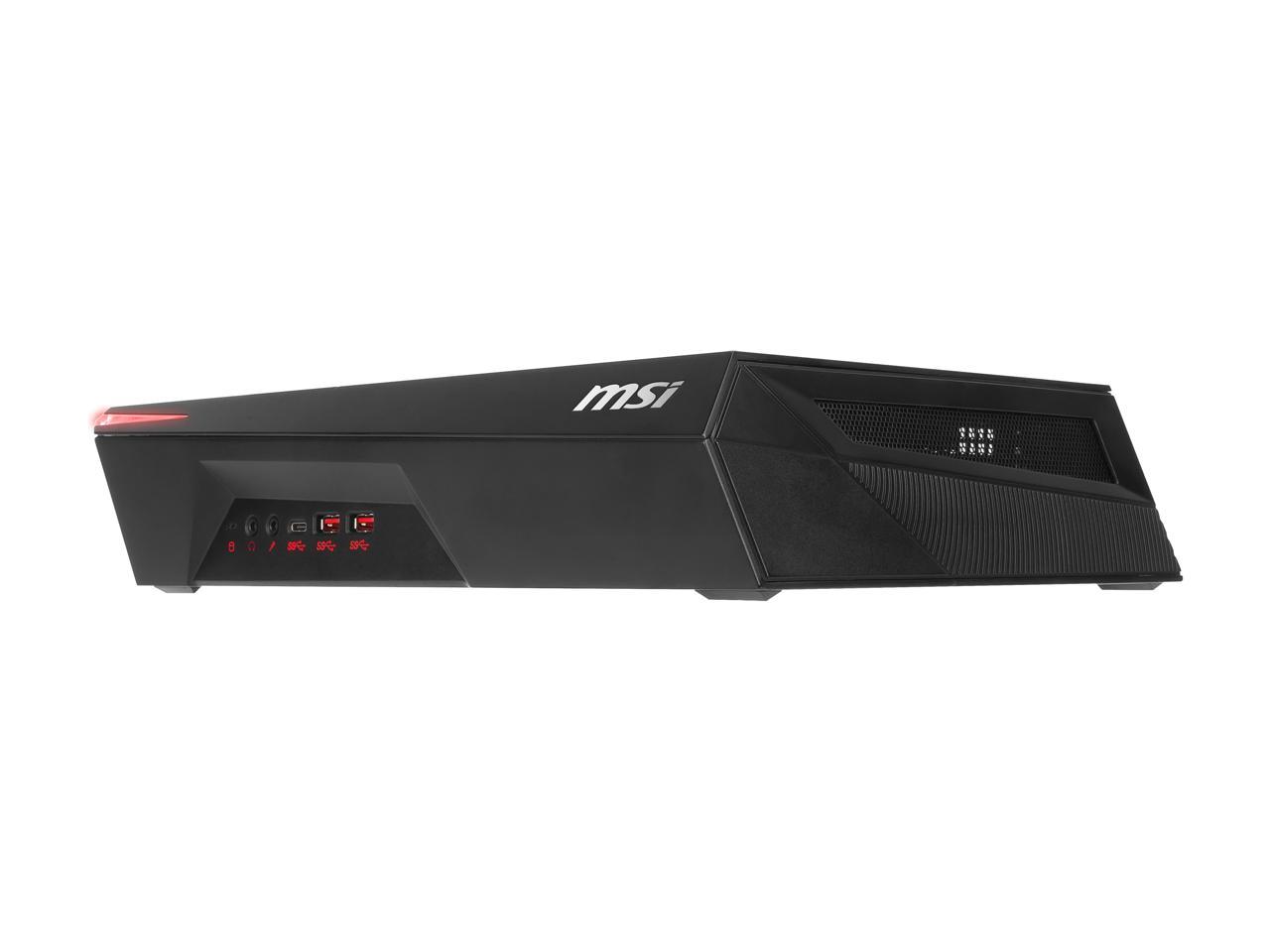 THE CENTERPIECE OF GAMING

Shattering traditional design and norms, the MPG Trident 3 series is the most powerful mini gaming desktop with the latest 10th Gen Intel Core processor. Tailored to your gaming setup, the MPG Trident 3 can be placed vertically or horizontally with the included stand. Thanks to its agile design accompanied by the bevel cut exterior, the MPG Trident 3 is both a gaming machine and a centerpiece to your home.

The GeForce GTX is built with the breakthrough graphics performance of the award-winning NVIDIA Turing architecture. It's a blazing-fast supercharger for today's most popular games, and even faster with modern titles.

Designed with a 4.72 liters case, MPG Trident 3 fits in most conventional backpack and weights only 6.99lbs. Take it everywhere and enjoy your game.

With the included exclusive stand, you can decide how to place your MPG Trident 3 to fit your gaming needs.

Read and write your files over USB faster than ever. Featuring USB-C ports, the MPG Trident 3 boost your USB devices, delivering lightning-fast transfer speed up to 5 Gbps.

The MSI Desktop features the latest Wi-Fi 6 802.11ax standard, and speed up to 2.4 Gbps, which is 3x times faster than the Ethernet LAN. The latency is also 75% lower than the previous generation. With Wi-Fi 6 technology, MSI is destined to break the speed myth of wireless connection.

LIGHT UP YOUR RIG

Customize your MPG Trident 3 with Mystic Light. Simply select any available colors from the palette and design your own LED Effect.

* Actual features may vary by configuration.

Pros: Not only is it small and compact, its quiet, fast loading times and though I havent had a chance to game on it yet so far its a huge upgrade for me. It also comes with a permanent carrying case if you take care of the boxes it comes with for travel and it came with a corded mouse and keyboard in the box. It took a while to find the mouse so it was a huge surprise. Definitely worth every dollar.

Overall Review: I recommend it to anyone looking for a gaming pc whether you travel like I do or not. Even if its not this one in particular MSI is worth every penny spent on it.

Pros: This thing is no bigger than an Xbox one (think it's smaller than my X actually) and comes with an optional vertical stand. GTX 1660 Super is good enough to run every game I play (Fallout series, Resident Evil, Mortal Kombat 11, etc) at high settings or better. Surprisingly great cooling, considering how quiet it is. I have this sitting about two feet away from me. Apparently VR ready, although I haven't used it for that. Upgradeable RAM, but be sure to order DDR4 that is used in laptops.

Cons: Would be difficult to upgrade most pieces. Wouldn't want to do much either, as this has only a 230W power supply. Can easily change out RAM and CPU though. Graphics card is not RTX, and I'm not sure if there's an RTX card small enough to fit, or if the unit is powerful enough for that upgrade. Research suggested.

Overall Review: I love small form factor, and this is definitely a pre-build I can recommend; especially when some parts can get pricey these days. I'm someone that can live without RTX ray tracing as well, so this does everything I need it to.

Did you find this review helpful?
Manufacturer Response:
Dear Valued Customer, Thank you for sharing your experience with the MSI desktop! If you ever require technical assistance, please feel free to contact our technical support department directly at 888.447.6564 from M to F, 5am to 4am Pacific Standard Time. Thanks for choosing MSI! Best Regards, MSI Review Team
Anonymous
Ownership: 1 month to 1 year
Verified Owner
Good product but bad service12/24/2020 11:04:14 AM

Overall Review: Bad ! ! I overpayed it on a black friday sale. Cant believe the regular price was cheaper than the black friday sale ! Top of that the customer service was bargaining half refund of rhz difference...