UNAVAILABLE FOR AUSTRALIA Shipping Limitations
Sold by: Newegg
Shipped by Newegg
This item is currently out of stock and it may or may not be restocked.
UNAVAILABLE
Add To Wish ListFound on 1 wish list 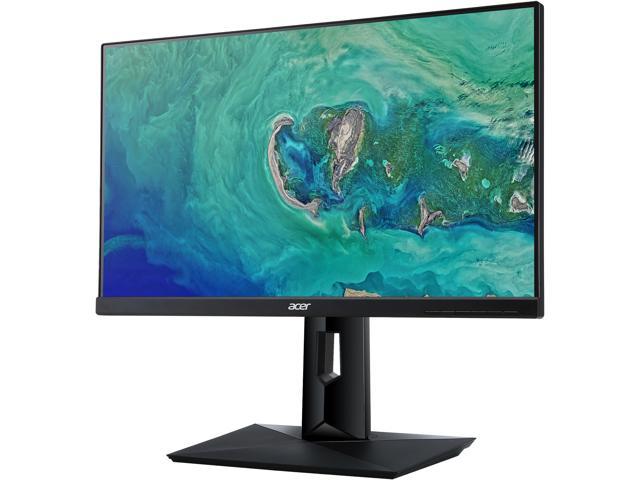 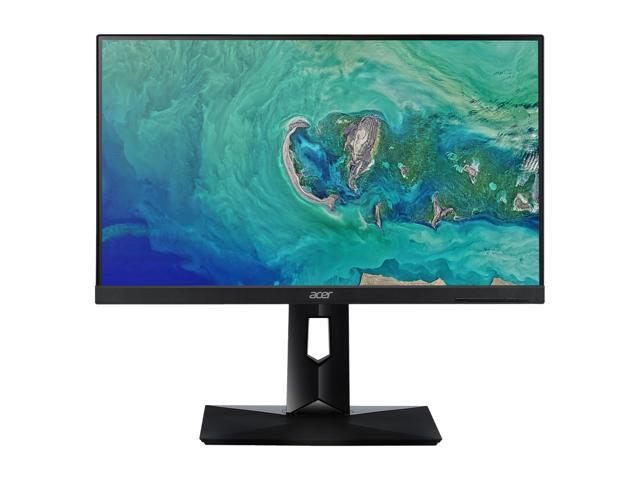 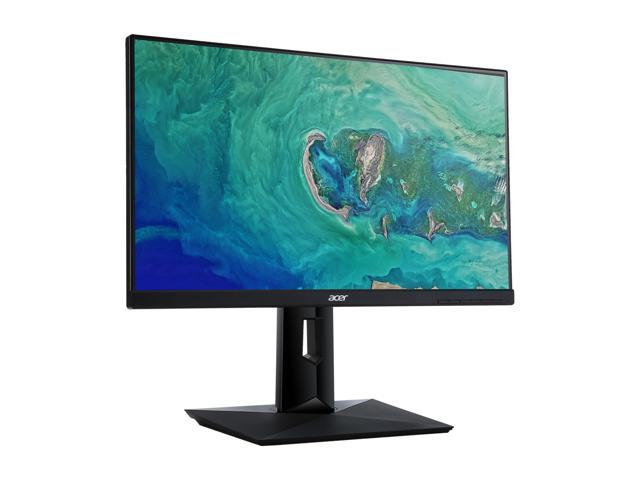 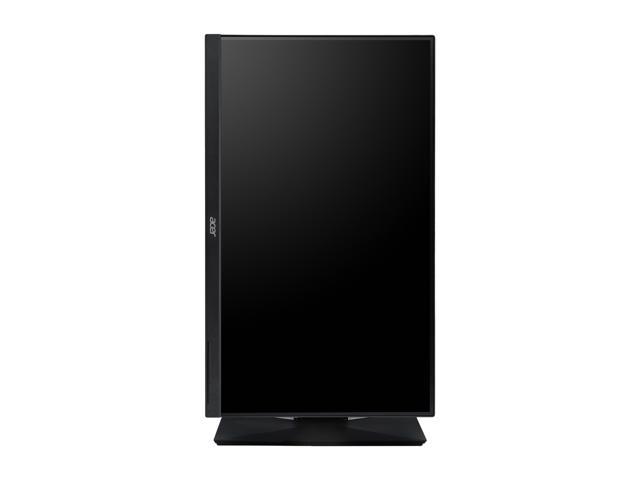 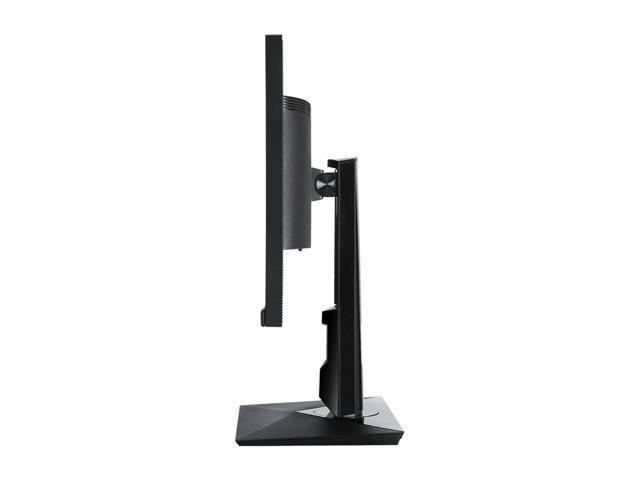 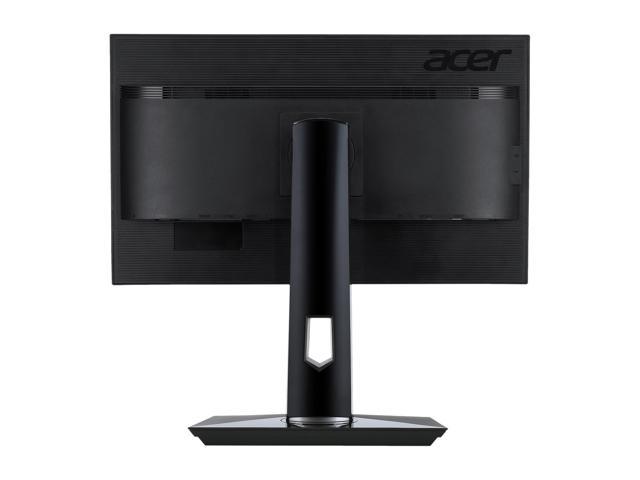 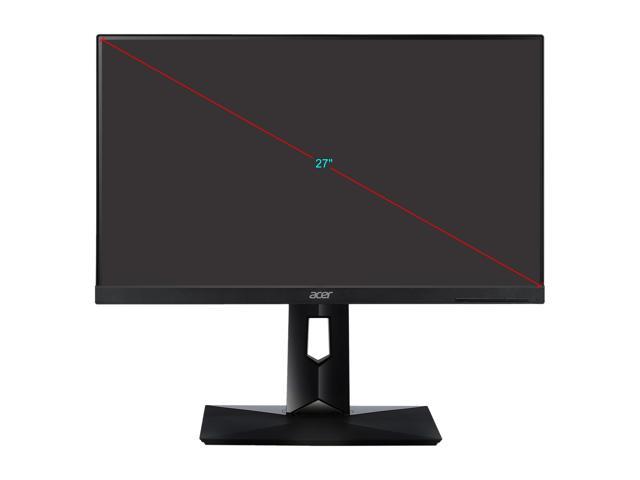 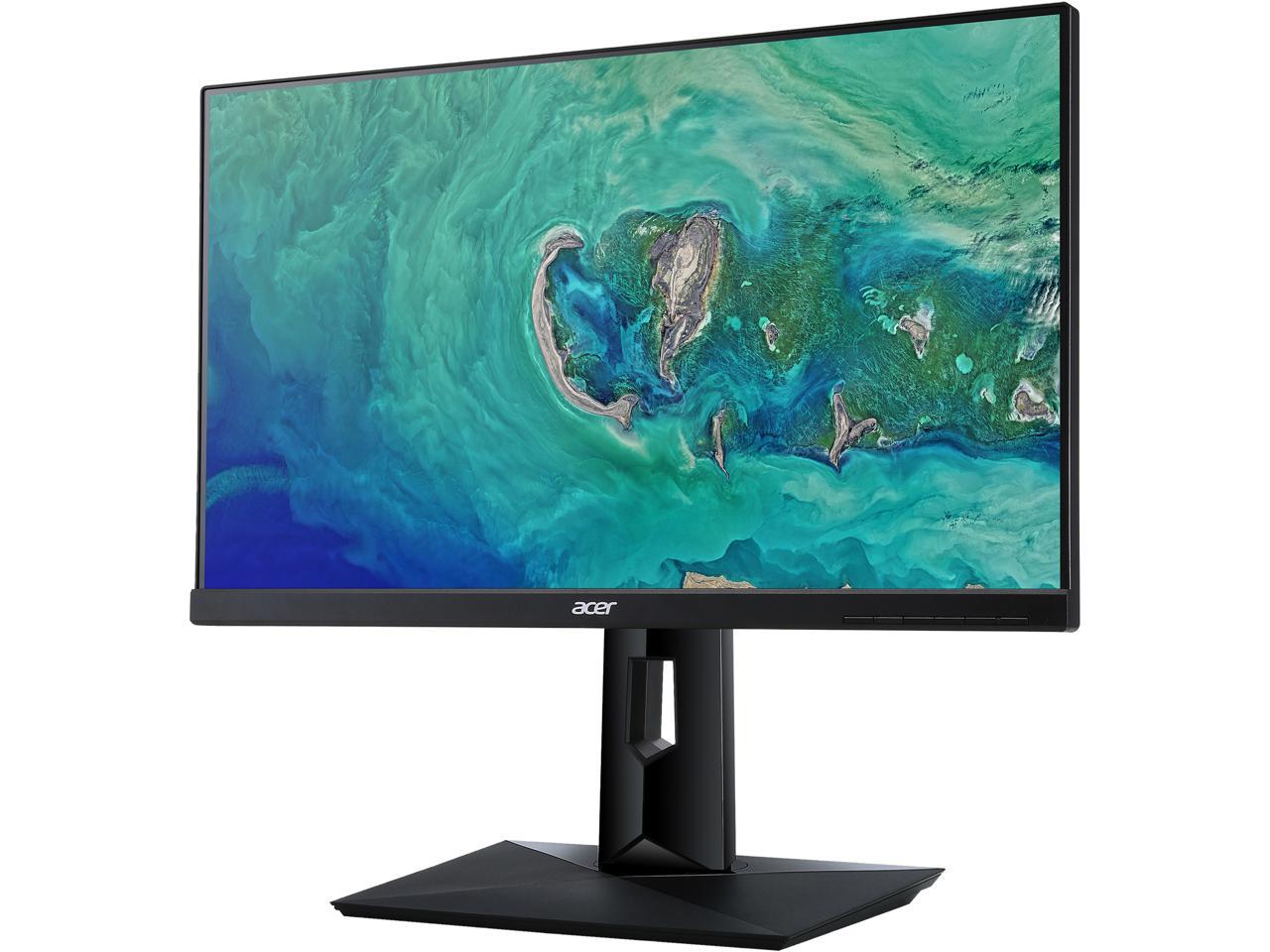 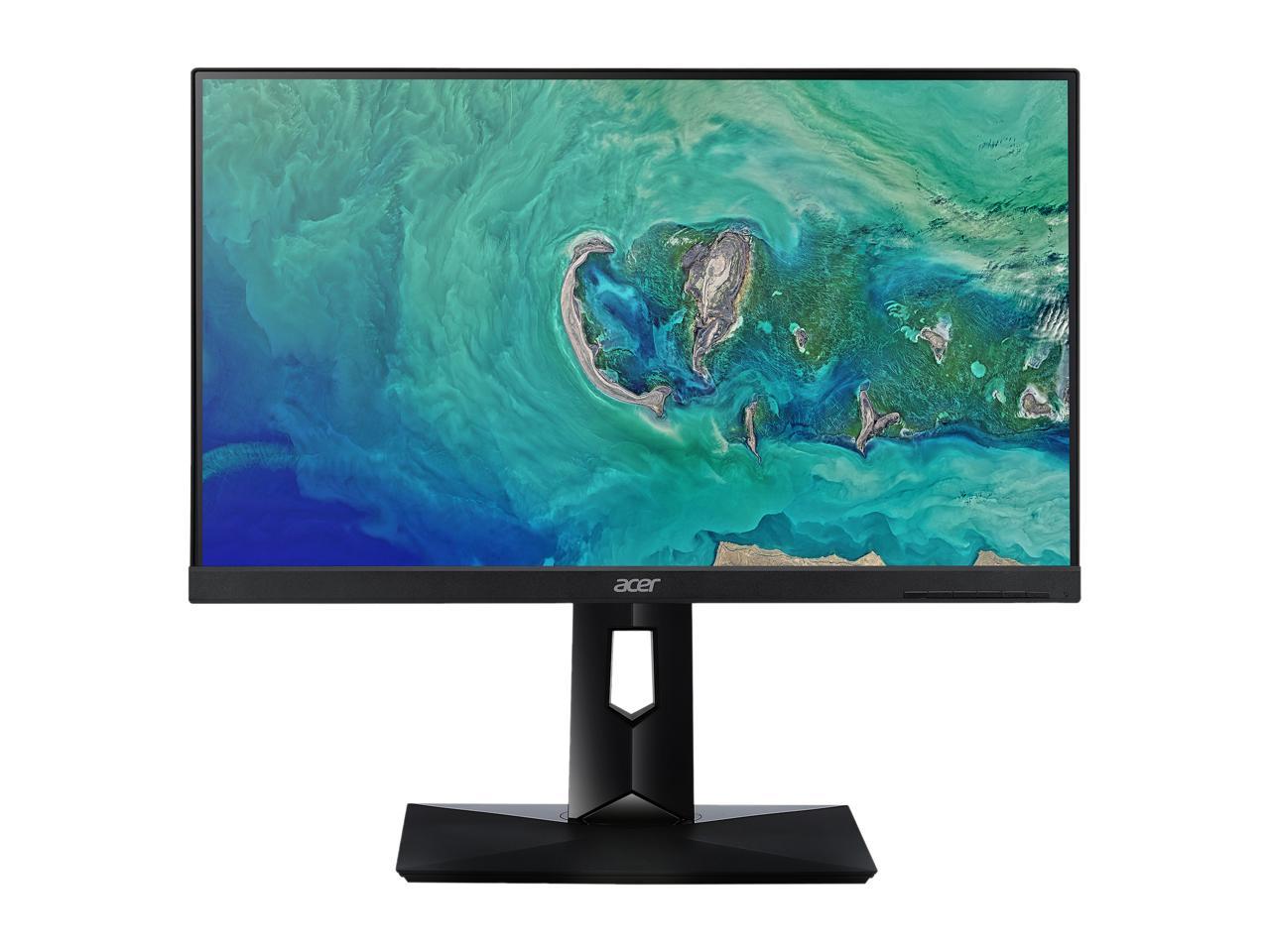 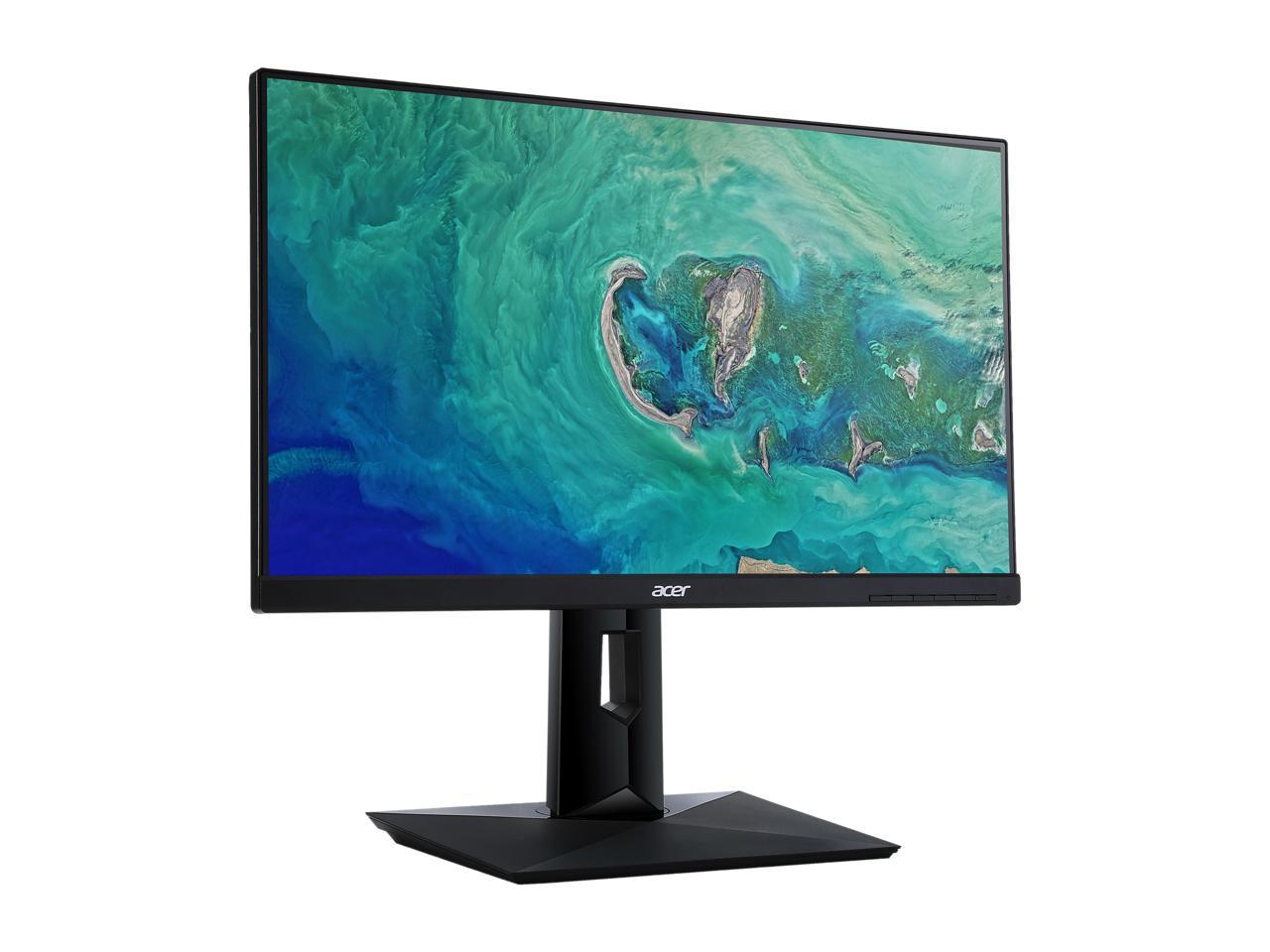 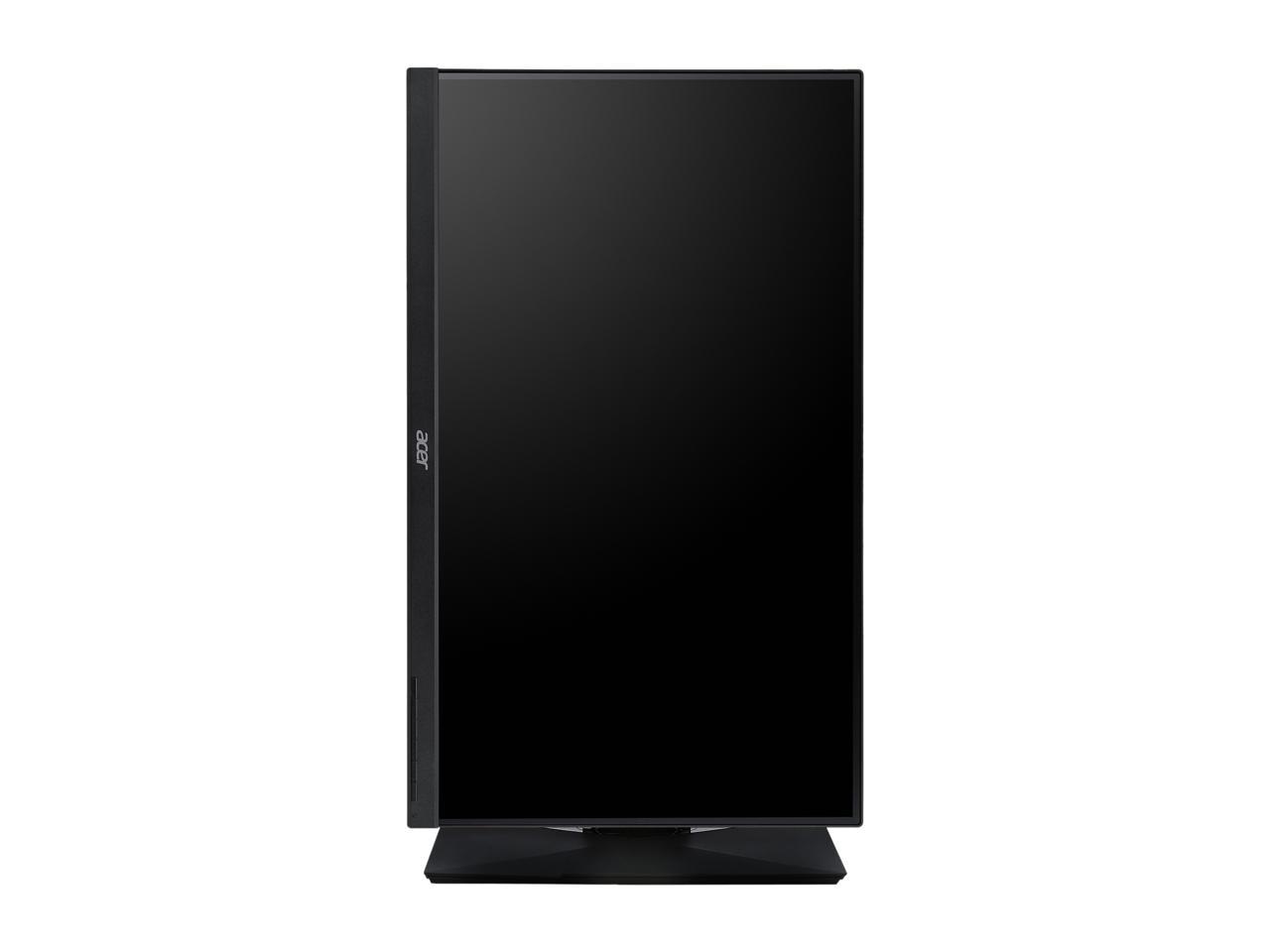 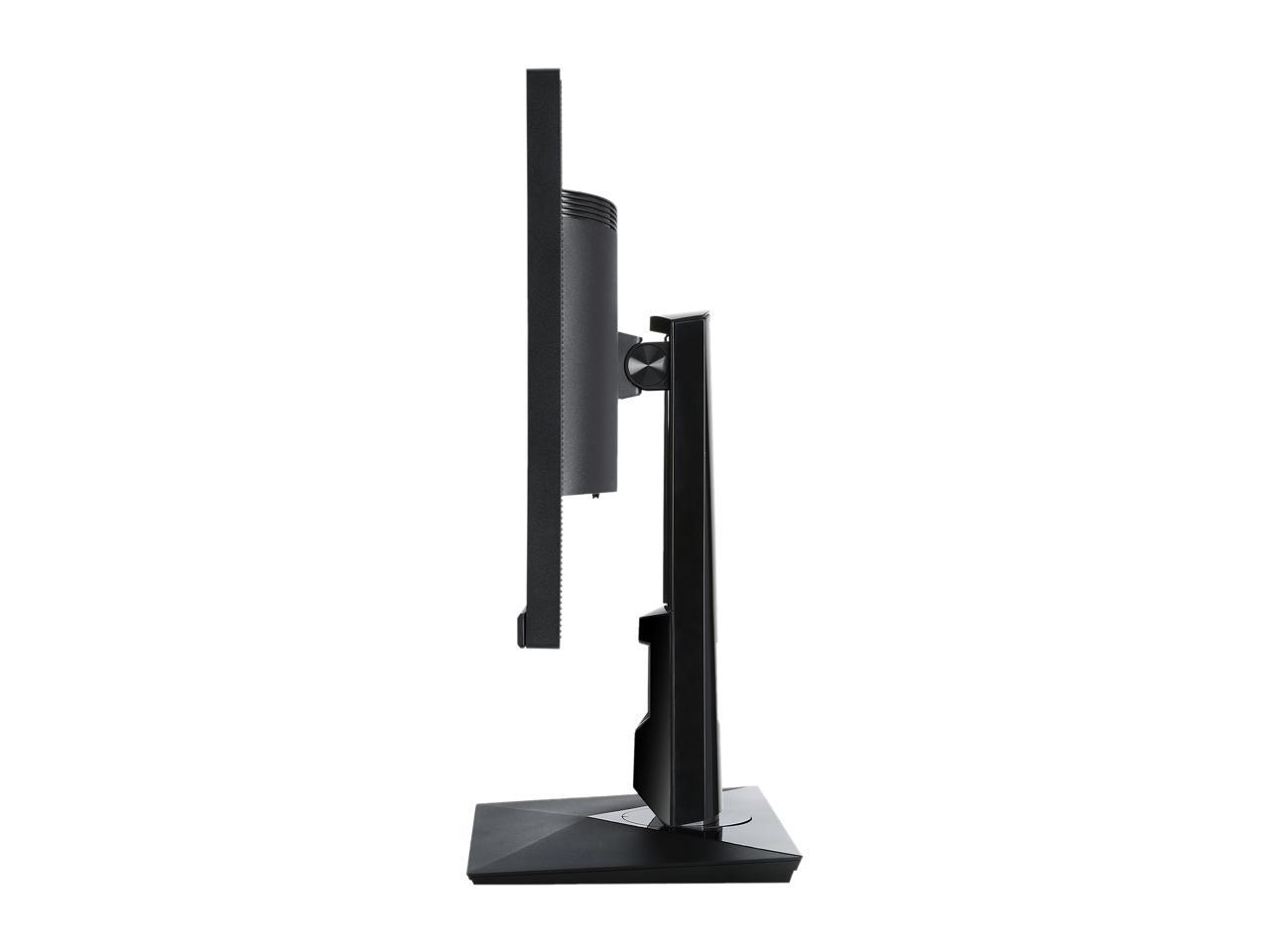 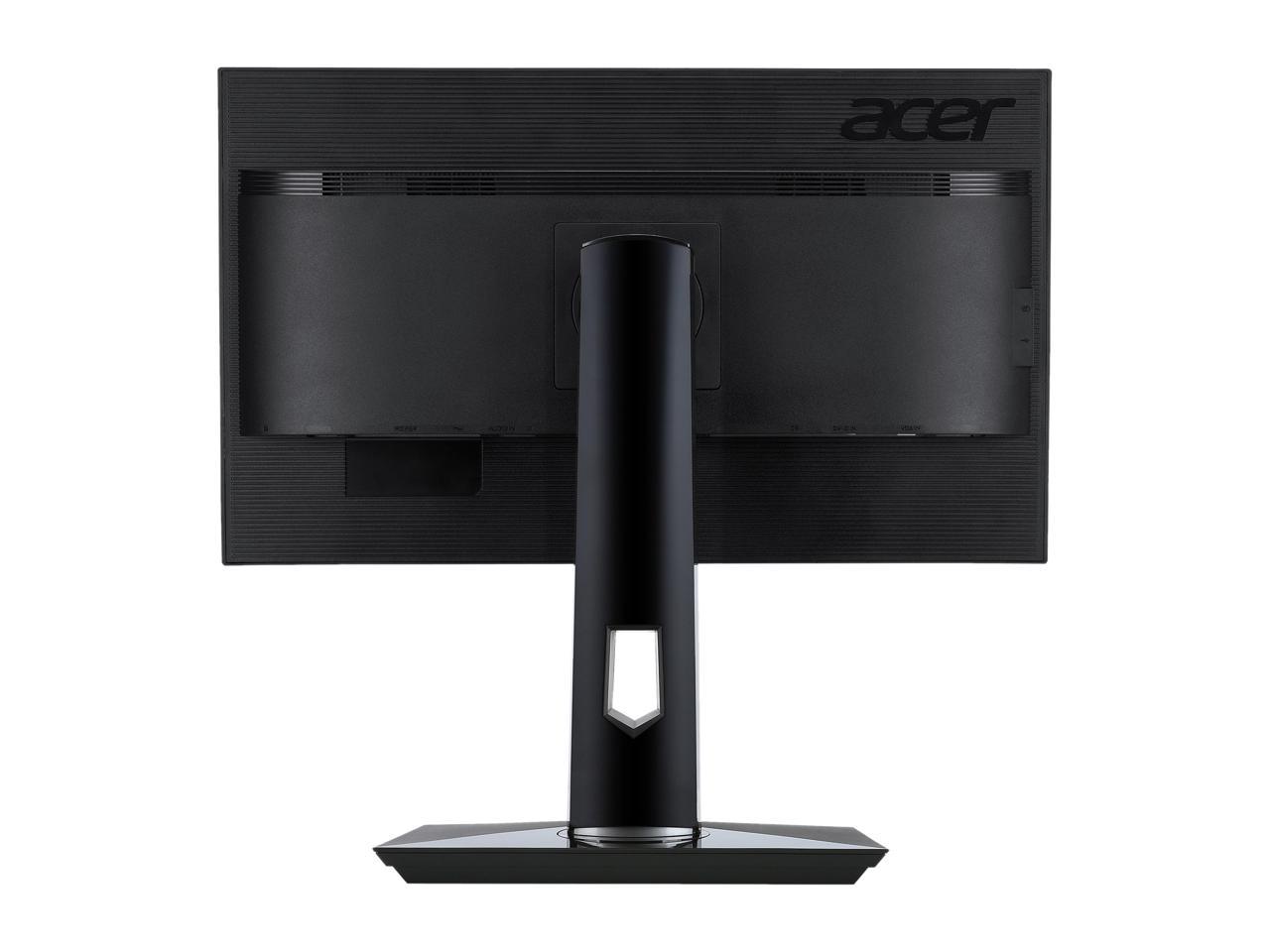 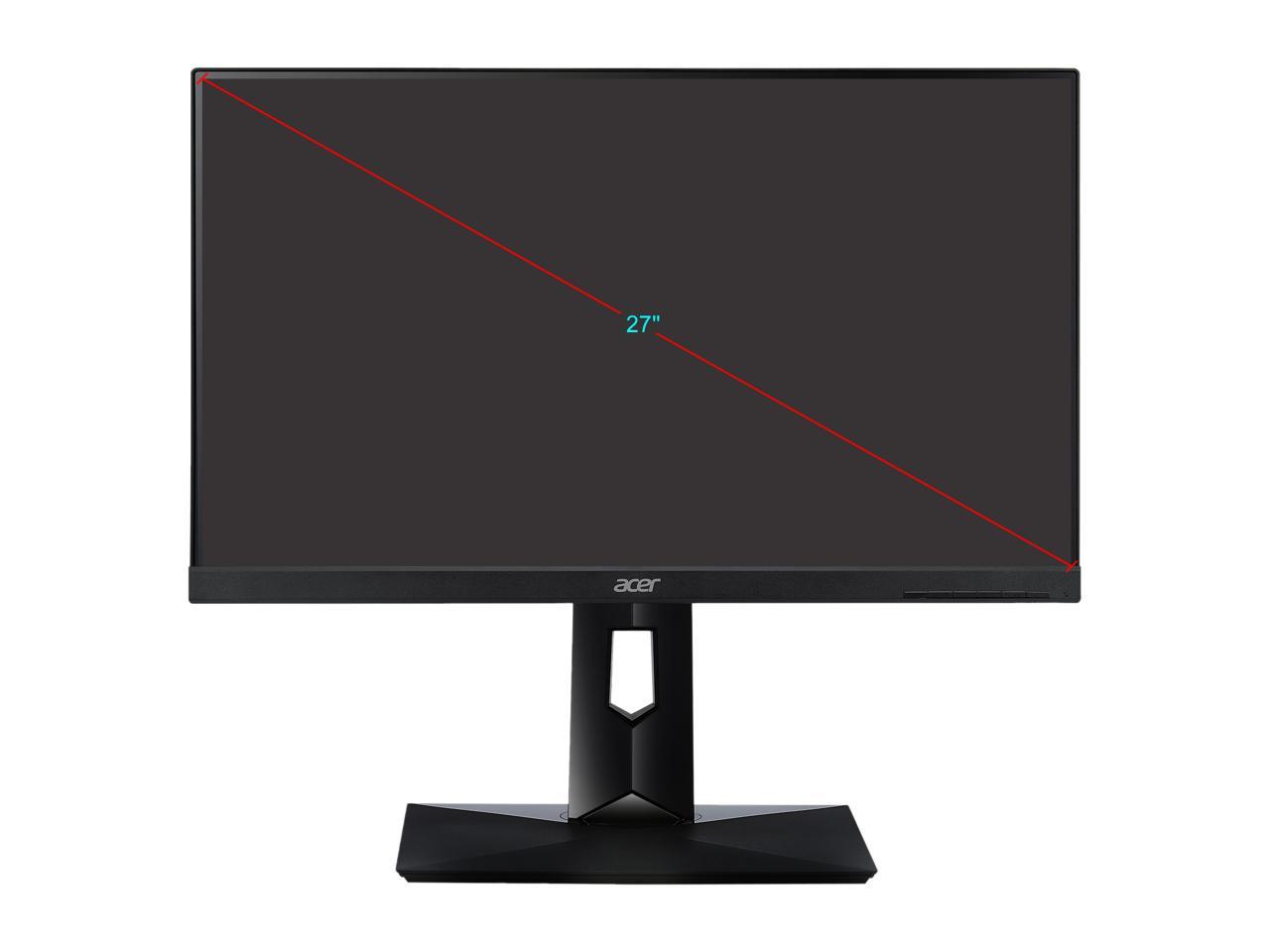 Pros: - Solid picture and colors. - Solid stand and adjustments. - No dead, bright, or stuck pixels. - Was able to overclock to 74hz via HDMI

Cons: - SCREEN UNIFORMITY. (Especially with whites.) Exhibited a blue white at the bottom corners and several inches of the rights side of the panel from bottom to top while the rest of the panel was more of a yellow white. It was quite distracting as things on the right side and bottom of the screen appeared high contrast (dark grays with bright whites, etc.) while the majority of the rest of the monitor grays tended to fade and the whites became dull. - Significant IPS glow at the right corners and especially the bottom right. Though the box seemed in great condition it is possible that it took a blow on the right side in shipping because the left corners had your standard amount of glow.

Overall Review: I wanted to love this monitor but seeing the colorshift across the screen toward the right side of the panel and the bottom was too much. And the bottom right corner looked like there was a light reflecting on the screen on black backgrounds the glow was so bad. I returned it to play the panel lottery and requested a replacement. After Newegg received and approved my return they sent me an email notifying me my replacement had been changed to a refund. At first that didn't sit well with me, but after seeing a few other post on the internet about the screen uniformity on this monitor, I think it may be a blessing in disguise.

Cons: IPS Glow is present, throwing off color uniformity slightly around corners. Only noticeable during pure dark screens, but is extremely annoying when noticeable.

Overall Review: - Going from a 23.8 to a 27 is giant difference. Not sure if better or worse but 27 is big difference. - 0 damage from the shipment. No scratches, dead pixels or otherwise.

Pros: This monitor sits next to my Acer predator. The monitor has an identical profile. The dimensions and everything are the same, so it looks very good next to the acer predator. The color reproduction is outstanding as well. The 10-bit panel is awesome, just make sure you use a DP cable. No dead pixels, no issues at all.

Pros: - No dead pixels - Nice size, resolution, and color - The landscape to profile rotation is awesome

Overall Review: I am really bummed out with this monitor. But I really like the monitor. What's the deal then? Well, this is/was my first monitor purchase in nearly a decade, and jumping from 21" TN 1080p to 27" IPS 1440p is incredible. Once I got over that, I dove in to set it up to really shine with my RX580 and Ryzen 2600 PC that I literally built to take advantage of this monitor. I had chosen this particular model because 27" seemed to be the "sweet spot" for this display resolution, and as both a photographer and light gamer, the 10 bit color depth (advertised) and Freesync (noted in multiple reviews) just seemed unbeatable at this price point. There is a reason for that... I got neither. After feeling like I won the "no dead pixel" lottery, I have been fluctuating between simply being bummed out being upset. Like others I spent a lot of time fighting in display settings and with driver updates, an hour on hold with newegg CS (only to be told to contact Acer), and in the end, this monitor is only displaying 8 bit color and 60hz refresh. So what to do? I paid a (little bit of) a premium for this monitor, and it is not as advertised. But the colors are quite good, there is minimal "IPS flaring" in the corners, and zero dead pixels across all of this real estate on the screen. So it's like, 85-90% of what I wanted in a monitor...but I paid for 100%

Cons: - back-light may distract in dark scenes, although no noticeable bleeding

Overall Review: I was kind of skeptical about this purchase as I couldn't find any review of this product. I bought this solely based on newegg customer reviews. For the time being at least, it looks like the decision is fruitful. I hope the impression will remain the same. [Update regarding freesync] I bought this panel on July 2018. The product listing didn't mention anything about freesync. But recently I found out that my panel does have freesync. I went to nvidia control panel and it lists this monitor as adaptive sync compatible. I turned it on and the stuttering during gameplay is gone. Now I'm even happier with my purchase.

Pros: Great color Looks like it can get up to 75Hz The stand is very flexible. Can even rotate the screen by 90 degrees.

Cons: The blue power indicator is too bright Quality control is bad

Overall Review: First monitor arrived with color non-uniformity on both edges. One edge is dark, the other edge is blue-ish. Second monitor arrived with a "stuck pixel". The pixel can display blue and red without a problem. However, the green subpixel is never on. So colors that require the green subpixel to be on will not display properly, making the pixel looks like a stuck pixel. If this monitor has no quality issue, it will be some of the best in the price range.

Cons: - Must choose between high refresh rate and high color depth. I get why this might be so, but it's a con nonetheless.

Overall Review: It seems I got lucky when I bought this one last November--it still claimed 1.07 billion colors, but from the other reviews it sounds like if you purchase it now, you'll get a normal 8-bit 60Hz panel. With that "standard" featureset, it's probably still a good buy on sale (especially if you're looking to move up to 1440p!), but definitely not worth considering at its usual price (circa $330). I goofed and didn't realize that I'd need a 1000-series GTX card for HDR, so I'm actually pretty glad I can _at least_ get the 75Hz out of it. Learn from my mistakes: RESEARCH WHETHER YOUR GPU SUPPORTS HDR OUTPUT; HORSEPOWER IS NOT ENOUGH! From what I've gathered, you need DisplayPort 1.4 or later, and the 900 series cards are only DP 1.2. I'm not sure what the status is in AMD-land, but make sure to poke around if that's a feature you want from your monitor! Also, be warned about trying to hit 75Hz at 1440p: those extra 3ms from 60Hz can often be all the headroom you had! I found that while I could get Prey 2017 to run maxed out at a smooth 60Hz virtually everywhere, there were places that juuuust barely grazed over 14-15ms and pushed me out to ~27ms frametimes with VSync. Disabling VSync was the right compromise for me in that particular title, but you might have other preferences, so I recommend checking whether you can hit 13ms on whatever games you care about at acceptable visual quality if you absolutely _need_ VSynced 75Hz. And, yes: tearing _is_ still fairly noticeable at 75Hz with most mouse movements in an FPS. =) I'm pretty neutral on the speakers--I don't use them and other reviews seem lukewarm, and for their size and all I wouldn't expect much from them. I don't mind the extra bezel they add, but I could see them being a good option for someone who uses headphones when it matters anyway and/or doesn't want the desk clutter of extra speakers.

Pros: -Colour mostly good when adjusted (see cons) -Thin bezels -Good gamma out of the box -75 hz possible - but only when using CRU to overclock monitor -Very bright monitor - I keep contrast at 50 and brightness at 20 -Adjustable height and tilt

Cons: -DOES NOT support 10 bit colour!! 8 bit only -No longer (unofficially) supports freesync at all, cannot be forced -No longer natively allows 75 hz (must be overclocked using 3rd party software) -Display colour over-saturated - can be adjusted. However... -Reds look too pinkish. No matter how I adjust the colours, I can't seem to soften that. It doesn't look bad, but you don't need a fancy calibration tool to tell it's not accurate -Backlight bleed and clouding - not awful, but noticeable at mid-brightness levels. I keep brightness low which helps. Slight pressure on the screen or bezel shifts the bleeding/clouding. -One partially dead pixel (red and green work). Barely notice it.

Overall Review: At a glance this monitor looks really sharp. Bezels are nice and thin. I don't get the complaints about the thicker base - it only looks thicker because of the thinner bezels around the top and bottom, it's no thicker than a normal monitor base and looks handsome to me. Overall colours look good (albeit over-saturated) and for general productivity usage and gaming at 60 fps I think most people will be completely content. I used radeon software to reduce overall colour saturation to 90%, now it looks much more natural. Reds remain too intense intense and slightly pinkish - OK for non-colour sensitive work but for accurate work look elsewhere. Whites very white, but dark colours look washed out, so the contrast ratio is middling. Backlight bleeding and clouding definitely noticeable though not excessive. When watching movies or playing games with dark scenes, details are a bit lost. Even for a budget monitor this is not good. DOES NOT OFFER 10 bit colour** at any refresh rate, offering 8 bit colour only. My model was manufactured in September 2018 and they must have updated the firmware from previous models. Disappointing and misleading as newegg states it supports 10 bit colour. I might return it yet on this basis. Furthermore, this monitor no longer supports freesync using either DP (or HDMI). Previous reviews reported freesync working with DP despite not officially supporting it. I tried everything, including using CRU to add freesync, it just won't work. While this was never an official feature, I'd hoped to use it for gaming with freesync based on reviews here and elsewhere. It costs Acer nothing to allow freesync on this monitor (and in fact they probably had to actively disable it) and there are few if any 1440p 60 hz freesync monitors on the market. I would have paid a little more for official support and 10 bit colour and I expect others would have too. Not everyone wants or needs a 144hz monitor for gaming, and freesync benefits lower refresh rates for stuttering more than higher ones. Opportunity lost, Acer. Lastly, the official product manual states it supports 1440p @ 75 hz. However, it **no longer natively supports 75 hz over display port**. I can overclock to 75hz using CRU and it works well, but I cannot force 75 hz as a custom resolution in radeon software. If you're OK with the limitations of this monitor, it is a not bad deal for <$230. But both Newegg and Acer are being disingenuous here. It is advertised as 10 bit on newegg and the Acer product manual states native support for 75 hz. In response, Acer claims specifications can change at any time. That's a bait and switch practice. Newegg might not have been given the updated information at the time, but they're still stating 10 bit support on this item description. Acer is *deliberately* misleading consumers on this model, and it seems like a common practice they employ for other monitors too. Consequently, I'm strongly considering returning the monitor as it is not what I thought I was buying, and will reconsider purchasing Acer products in the future. UPDATE - I am returning this monitor, as I need 10 bit support for photo editing and the red colour is just completely out of whack and cannot be calibrated to anything resembling accurate levels.