UNAVAILABLE FOR AUSTRALIA
Sold by: Newegg
Shipped by Newegg
This item is currently out of stock and it may or may not be restocked.
UNAVAILABLE
Add To Wish ListFound on 22 wish lists 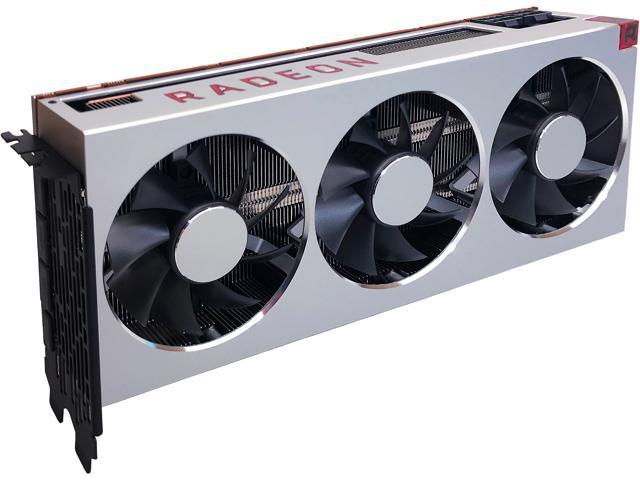 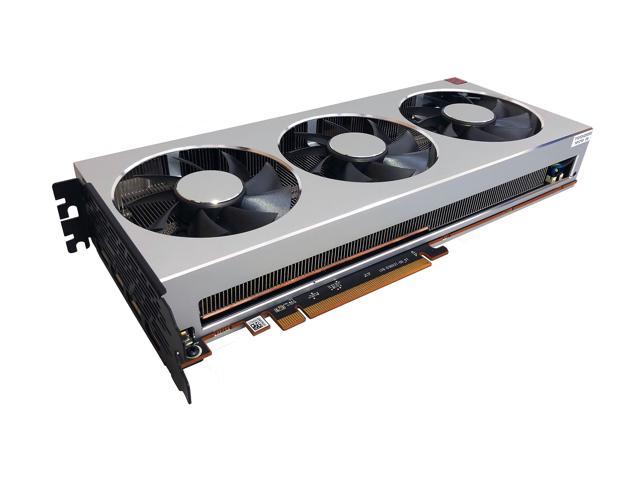 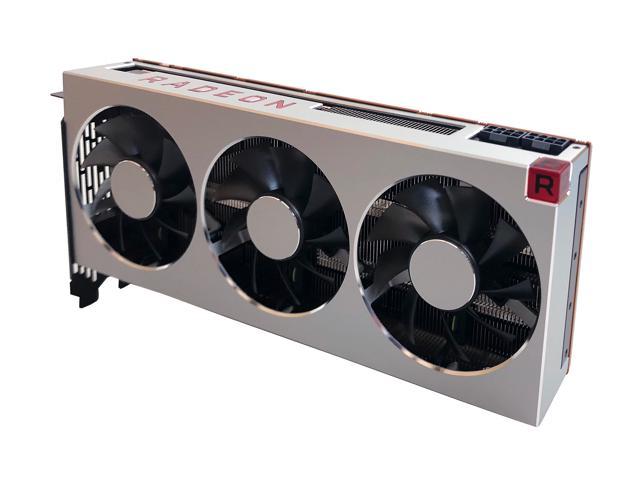 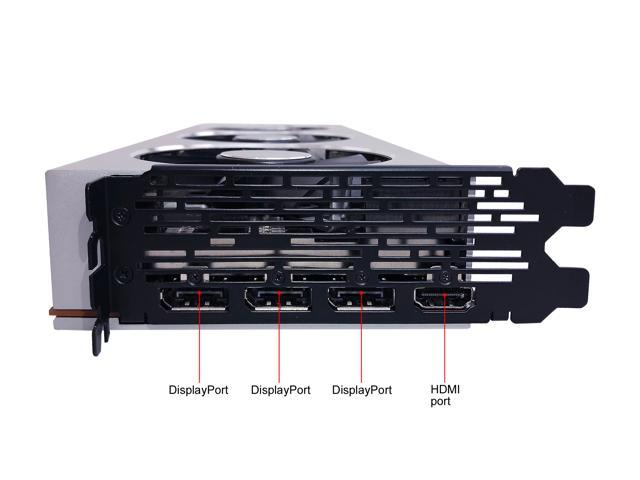 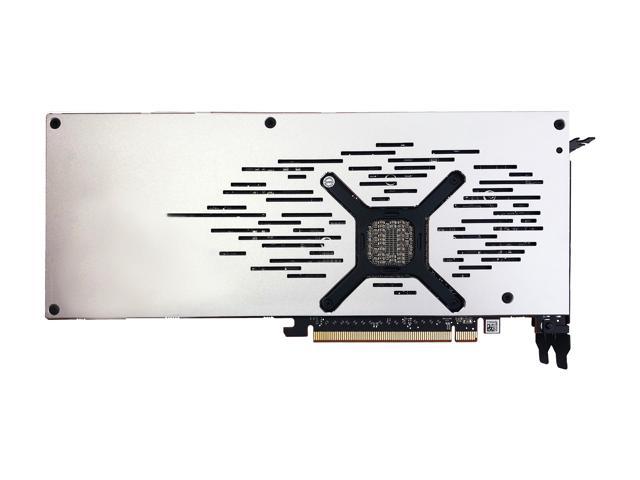 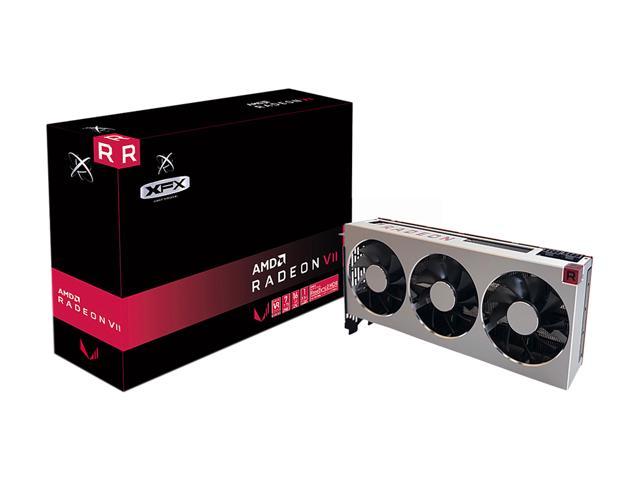 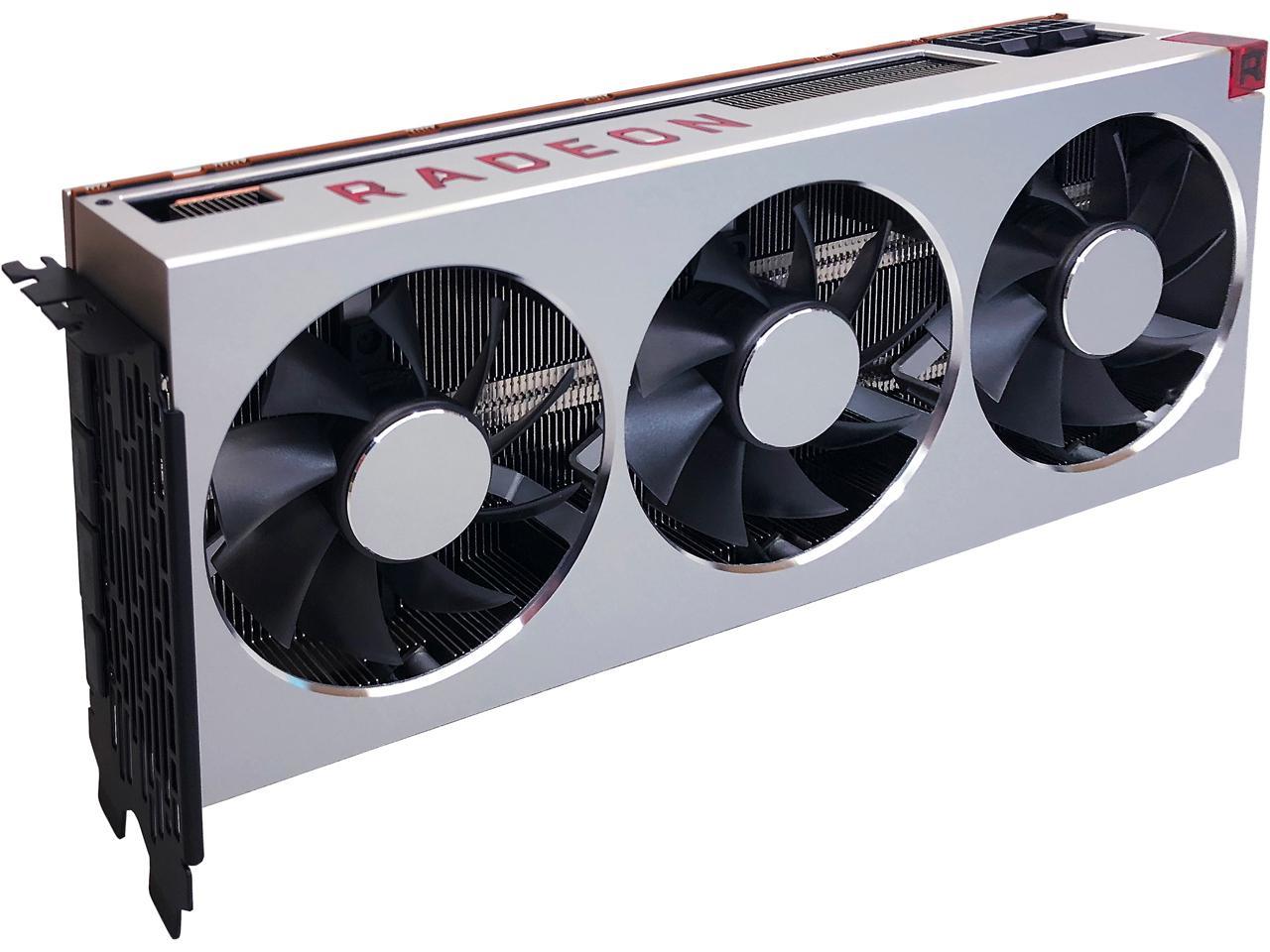 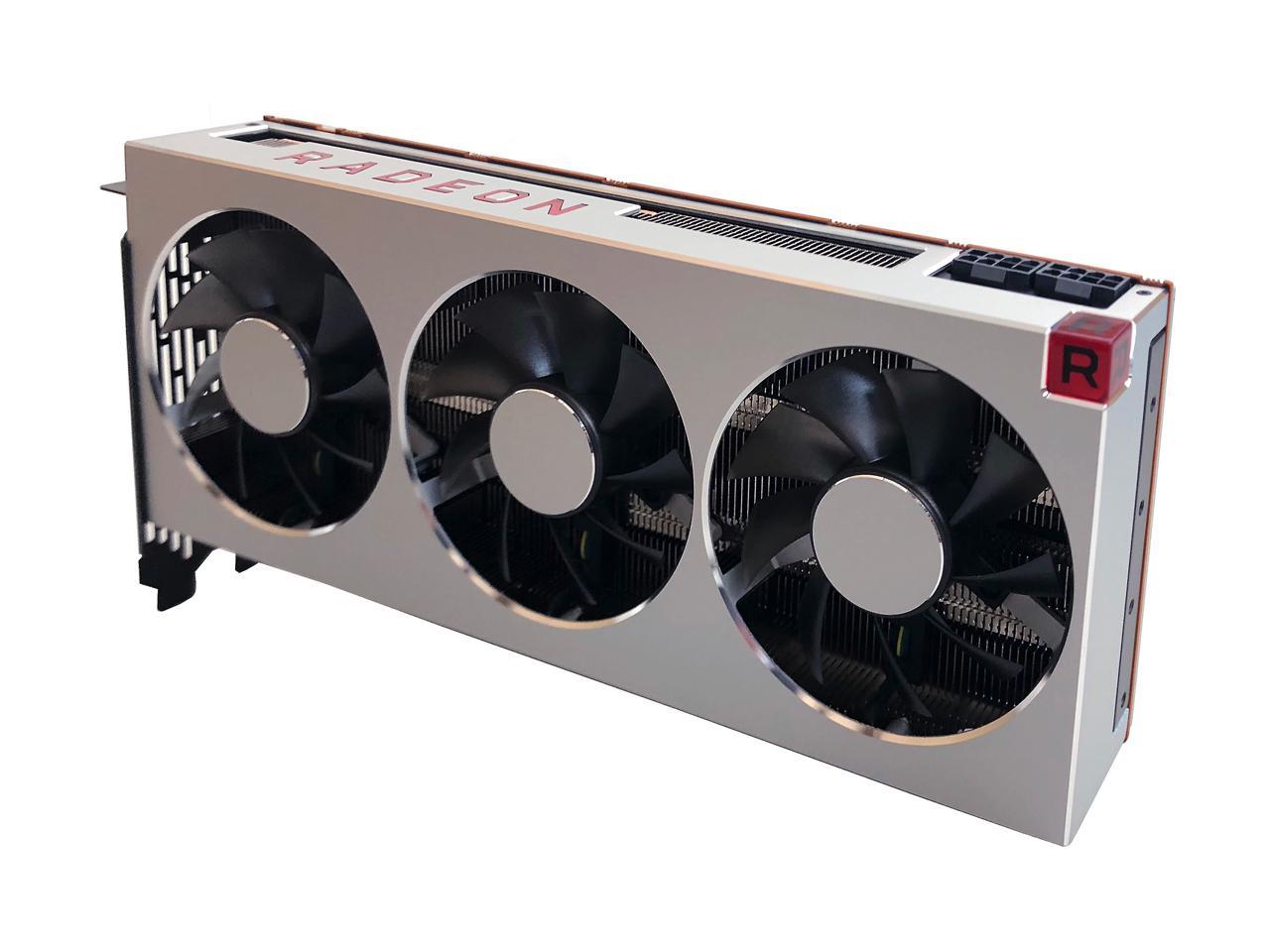 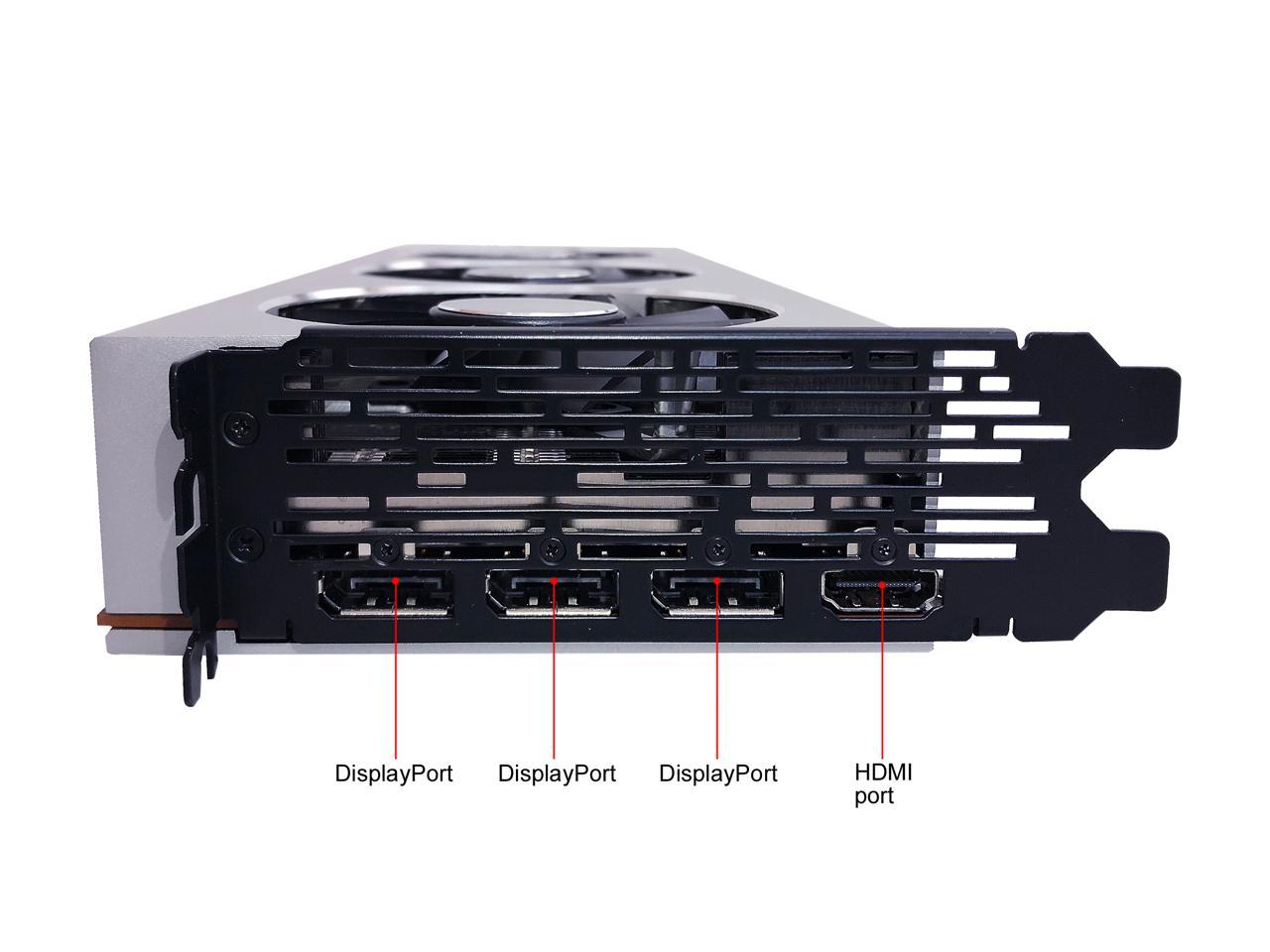 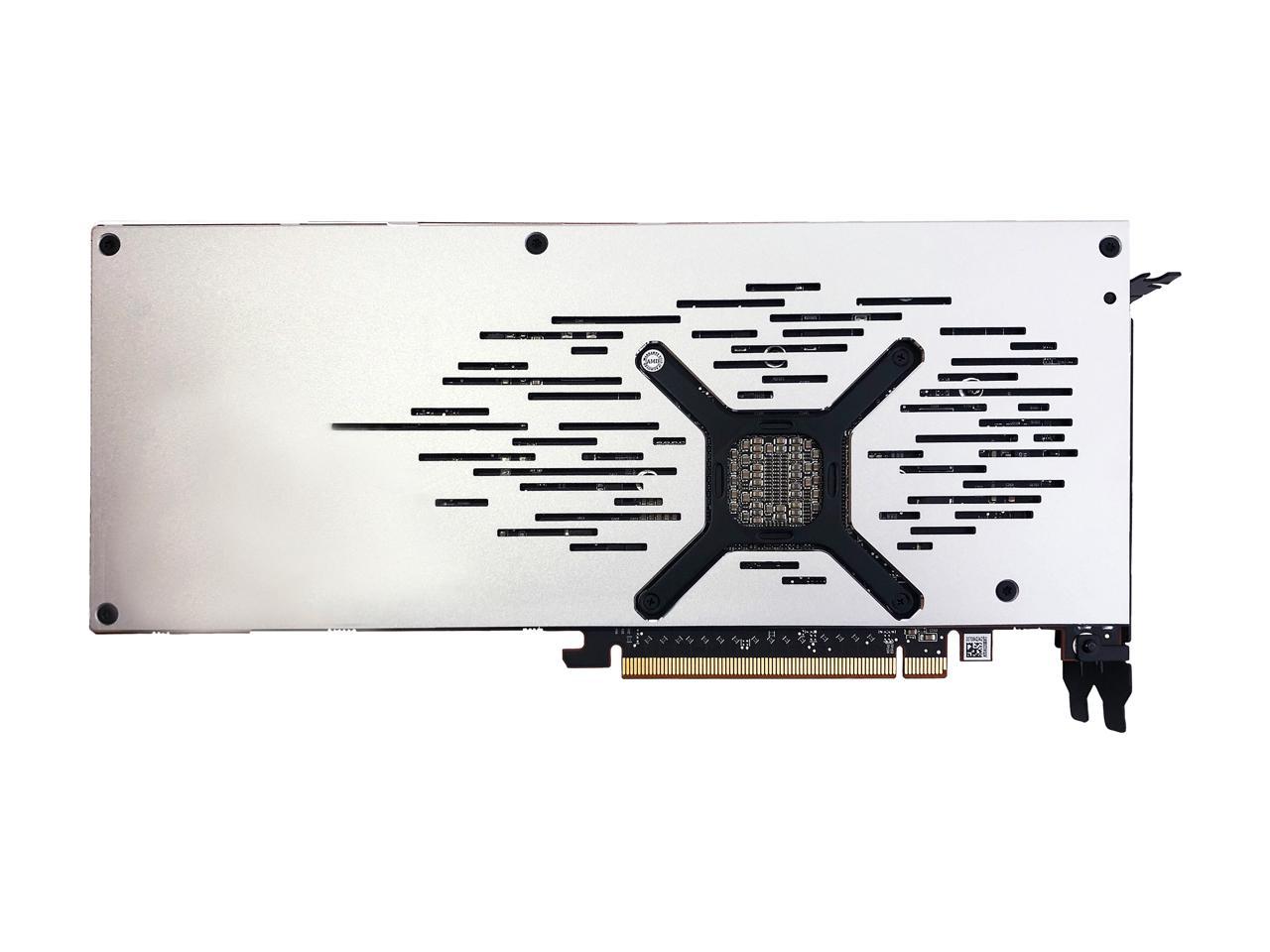 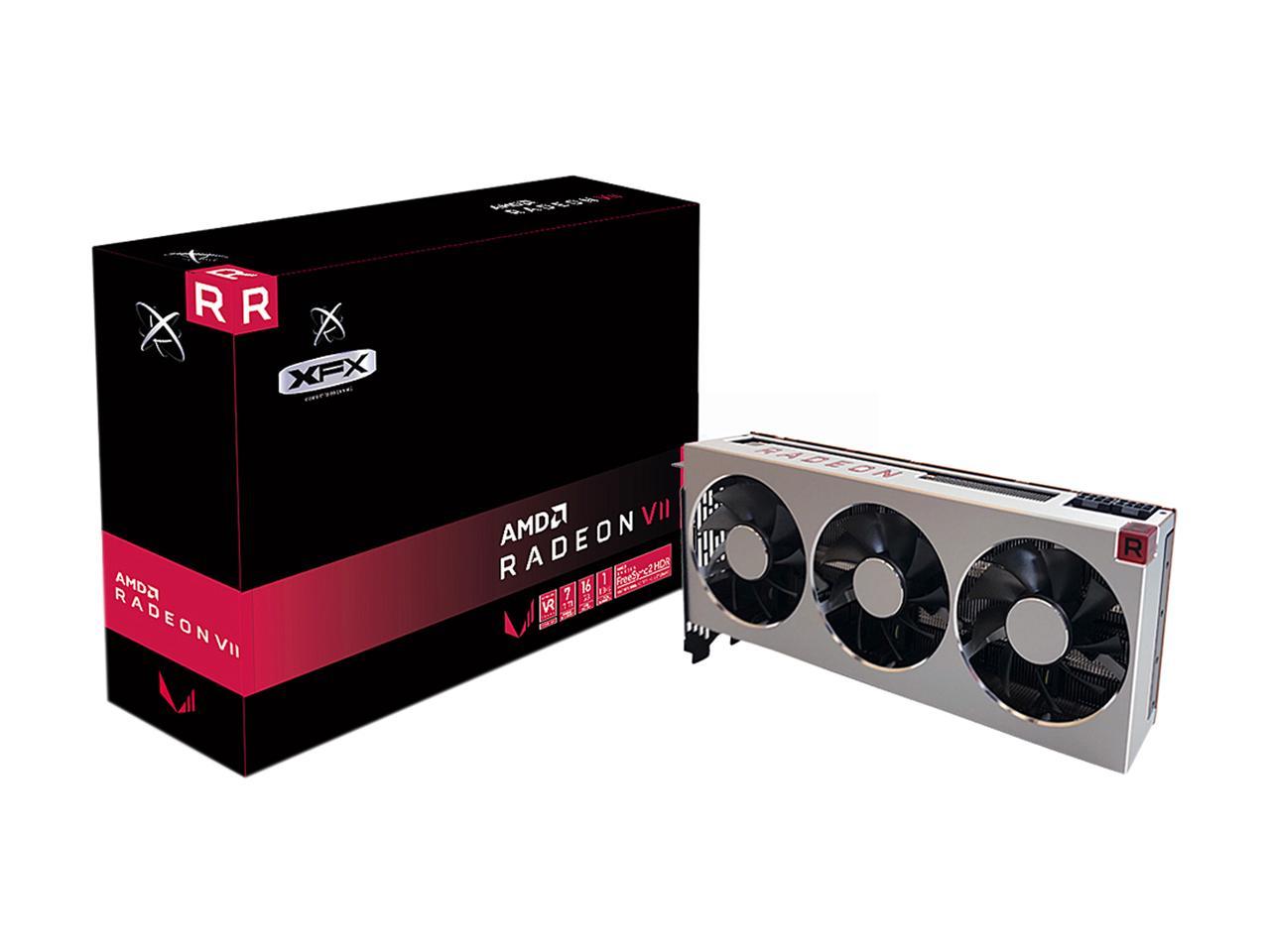 Learn more about the XFX RX-VEGMA3FD6

Pros: Great card, I've had nvidia cards in my main pc for a long time but this switch is like a breath of fresh air. The card is really fast, and I was able to easily overclock the core to 1950mhz and the HBM to 1252mhz. Battlefield 5 is completely locked to 60 frames per scond at 4K max settings with this. For Honor runs wonderfully at 4K max settings as well.

Cons: No real cons with the card itself, but maybe XFX could add to their value package with a few more accessories, for example EVGA has case badges, stickers, and a poster with the cards they sell, stuff like that is a nice touch.

Overall Review: I would recommend this card, the performance is on par with the competition in gaming while offering better performance in professional applications. Always great to support the underdog as well, we need AMD to keep the green giant honest!

35 out of 38 people found this review helpful. Did you?
Manufacturer Response:
Hello, Thank you! We appreciate you writing this review. If you have any issues moving forward, or any questions, please contact us at xfxsupport.com. Cheers Mark at XFX Neweggsupport@xfxforce.com
Karl G.
Ownership: 1 day to 1 week
Verified Owner
XFX and NewEgg WIN WIN4/25/2019 5:24:33 PM

Pros: This card is awesome. No glitches pixels or screen tearing.. RMA from MSI was excellent.

Overall Review: I owned the Radeon 7 from MSI and it was painful and ended up RMA and going with XFX. XFX has stellar support and you cant go wrong.

Pros: Good temps quieter than some say it is (or mine atleast) 16gb HBM2 (although games may never use it) Clocks great so far (only had it a day so didnt do no extensive testing)

Cons: Nothing to report here as of yet, but will update if something does.

Overall Review: Overall im happy with it. Will update this once i had more time with it so take this as it is.

10 out of 10 people found this review helpful. Did you?
Manufacturer Response:
Thank you! We appreciate your time to do this review . If you have any issues moving forward, or any questions, please contact us at xfxsupport.com. Cheers Mark at XFX
Kevin G.
Ownership: 1 month to 1 year
Verified Owner
Hackintosh Wet Dream7/2/2019 6:38:23 AM

Pros: Works beautifully. If you use blender you NEED this card. With Apple charging 6 grand for their Mac build yourself a powerful hackintosh instead and game on the side. This card runs quiet and only really ramps up the fans if you have the Auto OC. Undervolted this card is quieter than the 1080ti Strix it replaced.

Cons: When I first got the card one of the fan cables was a little loose and was rubbing one of the fans. I was able to fix quickly but I can see why somebody would be pretty angry off if their new $700 GPU was making broke car noises.

Pros: XFX Radeon VII / XFX RX580 Both were plug and play. No PC GURU needed. Just plug it in and hook up the power. XFX Radeon VII is exactly what my Threadripper build needed. A flawless 7nm GCN work horse with 1TB/s memory bandwidth. It's an AMD INSTINCT with a video out jack at one fourth the price. HEDT heaven.

Overall Review: Perfect for a High End Desk Top. GCN does everything and you can game on it. All purpose is an understatement! You can boot game drivers or Radeon Pro Drivers right out of the box. The man that buys a TR or a Ryzen 3900X/3950X needs this card. That huge void between an EPYC/INSTICT and a RYZEN/XFX RX580 has been filled. It's a Threadripper/XFX Radeon VII. If you just want to game, jump on the 5700XT/5800XT RDNA from XFX.

Pros: This card is a solid performer. As a bronze metal winner for the current lineup of gaming GPUs, it’s a great value!

Cons: None that I’ve encountered this far.

Overall Review: It was such a great deal that I decided to put two in my new box and I still came under the Nvidia 2080 ti’s ginormous price tag! I know that the 2080 ti is the over all champ... but is it worth it for a marginal improvement in most games?

2 out of 2 people found this review helpful. Did you?
Manufacturer Response:
Hello, Thank you! We appreciate you writing this review. If you have any issues moving forward, or any questions, please contact us at xfxsupport.com. Cheers Mark at XFX Neweggsupport@xfxforce.com
Andrew T.
Ownership: 1 month to 1 year
Verified Owner
Quirky, but Good4/19/2020 11:05:37 AM

Cons: - 10-bit H.265 AMD hardware decoding does not work in Davinci Resolve - Adrenalin 2020 Edition is not as stable as Radeon Pro Software for Enterprise - Using hardware acceleration with default settings in Firefox mayl crash your system

Overall Review: I purchased the Radeon VII to use with Davinci Resolve 16. As another reviewer encountered, with 10-bit HEVC footage, when hardware h.264/h.265 decoding is enabled in preferences AND the AMD box is checked, the red channel disappears completely (meaning only the blue and green channels display correctly). This is a known issue Blackmagic Design has also been able to reproduce with a RX 580 graphics card. AMD/BMD, please work together to get this problem resolved. The workaround is to uncheck the AMD box, but then the inference is it may not be fully taking advantage of AMD hardware decoding capabilities. If you're a professional, ie. not a gamer, don't bother with Adrenalin, it's not as stable as Radeon Pro Software for Enterprise (BTW, the aforementioned H.265 hardware decoding issue occurs with both Adrenalin 2020 Edition and PSE). Additionally, enabling Use Hardware Acceleration When Available with the default settings in Firefox will likely crash your system, repeatedly albeit randomly, while browsing. Throttle back the content process limit from the default 8 to 4 and you should be okay (disable it altogether and scrolling becomes choppy). I've always gone with Intel/NVIDIA QUADRO in the past, this is the first time I've gone with all AMD on the CPU (3950X) and GPU. There's a lot of tweaking and tuning that needs to be done with AMD to achieve optimum performance and stability. Intel/NVIDIA is definitely more plug and play. That said, now that my system has been tweaked and tuned, I have no regrets going with AMD. I was running out of GPU memory frequently with a 4GB NVIDIA Quadro card, and that's no longer a problem with RADEON VII. I needed to upgrade the graphics card primarily because I went from shooting/editing HD footage to 4K. The quad XEON/QUADRO system I had was barely crawling with 4K footage. That's not to say that the RYZEN/RADEON combo always blazes through 4K footage @ 24 fps, or better. Apply some color grading, masking, resizing/reframing, GPU effects, etc., and you're still hard-pressed to maintain 24 fps at 4K resolution, especially with h.264 or h.265 footage. Generally, ProRes and DNx tend to playback more smoothly, even at 4K. Some recommend dropping timeline resolution from UHD to HD, but that's not feasible for me since graphics don't scale the same at lower resolutions. However, a good workaround is to drop down to half or quarter resolution in proxy mode, if need be, to playback certain sections. Not a big fan of creating actual proxies, as they eat up additional disk space and require more in the way of storage lifecycle management. In general, not withstanding some of the above quirks, RADEON VII is a vast improvement over my previous NVIDIA QUADRO graphics cards, and has been a stable, reliable workhorse with Resolve for the past few months. Now I can throw as much as I want at RADEON VII, and worst case scenario it slows down under the load, but it doesn't buckle under the pressure. That's better than throwing errors and stopping, as was happening previously with my NVIDIA QUADRO card. It may not seem like it from some of my gripes, but I would still strongly recommend this graphics card. Just beware it may take a bit of tweaking and tuning to get it to perform the way you want.

1 out of 1 people found this review helpful. Did you?
Manufacturer Response:
Thank you for the review! We're happy you are pleased with your new product. If you have any questions moving forward, please contact us at xfxforce.com. XFX Support