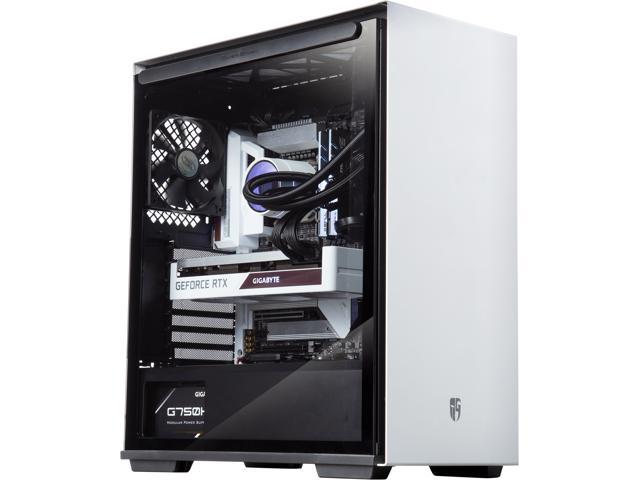 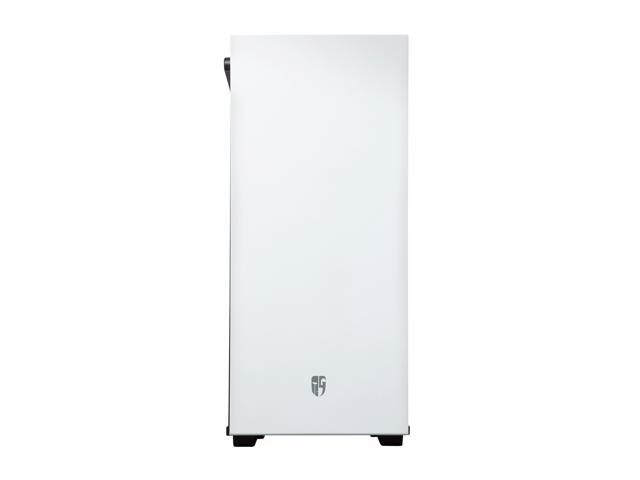 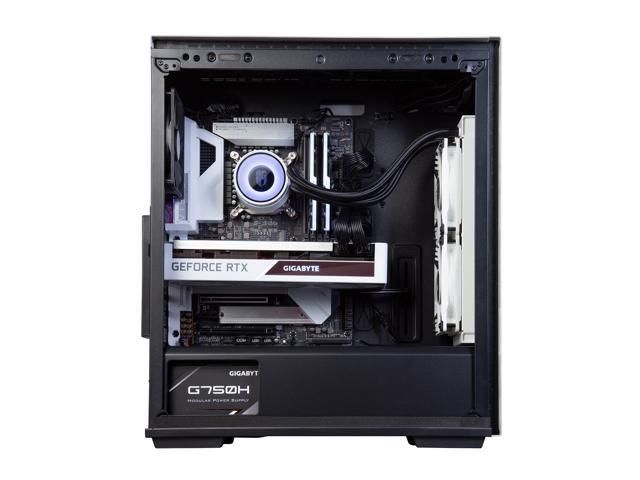 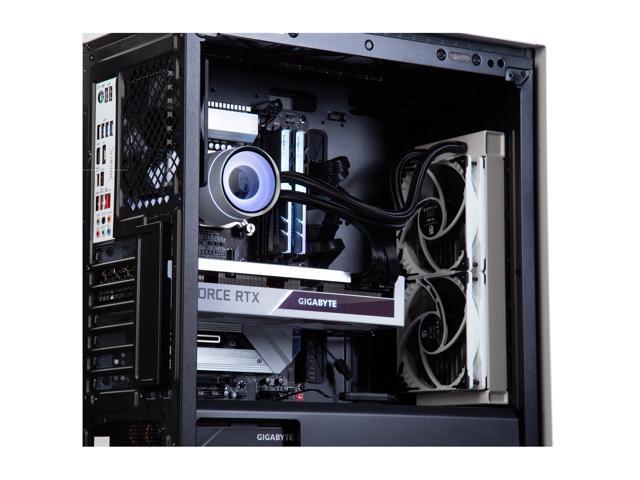 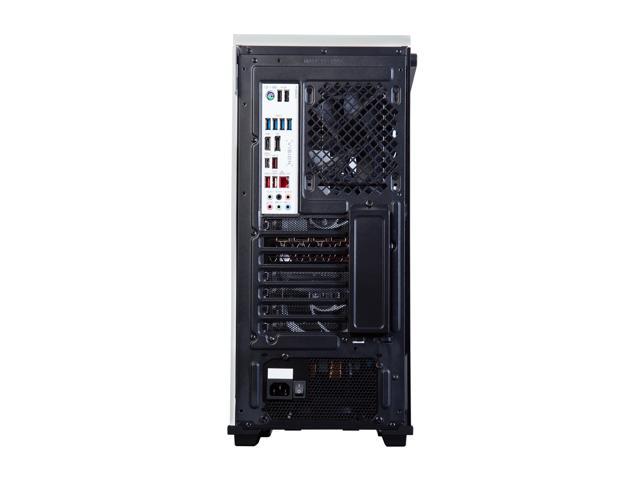 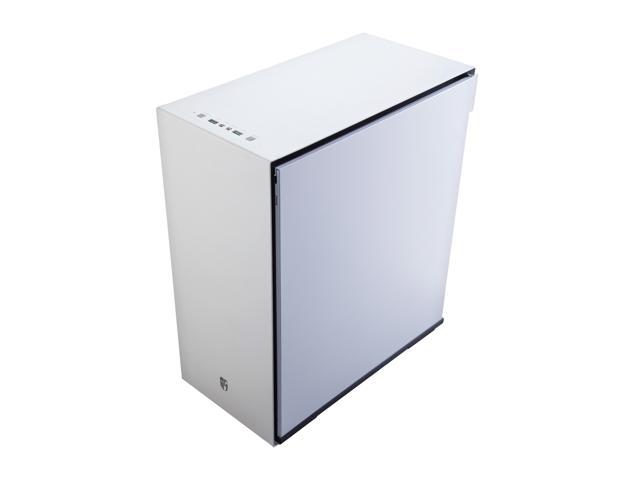 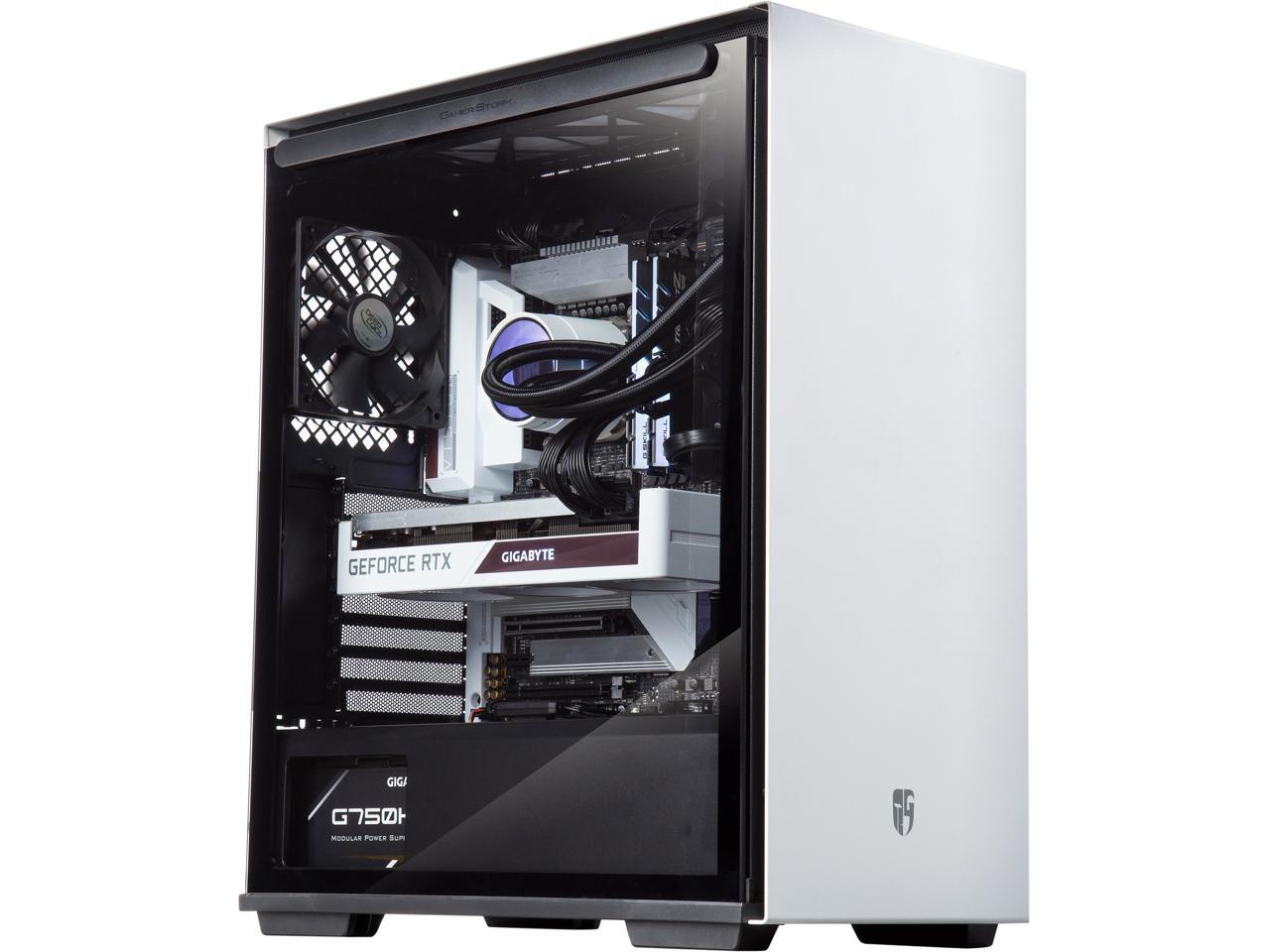 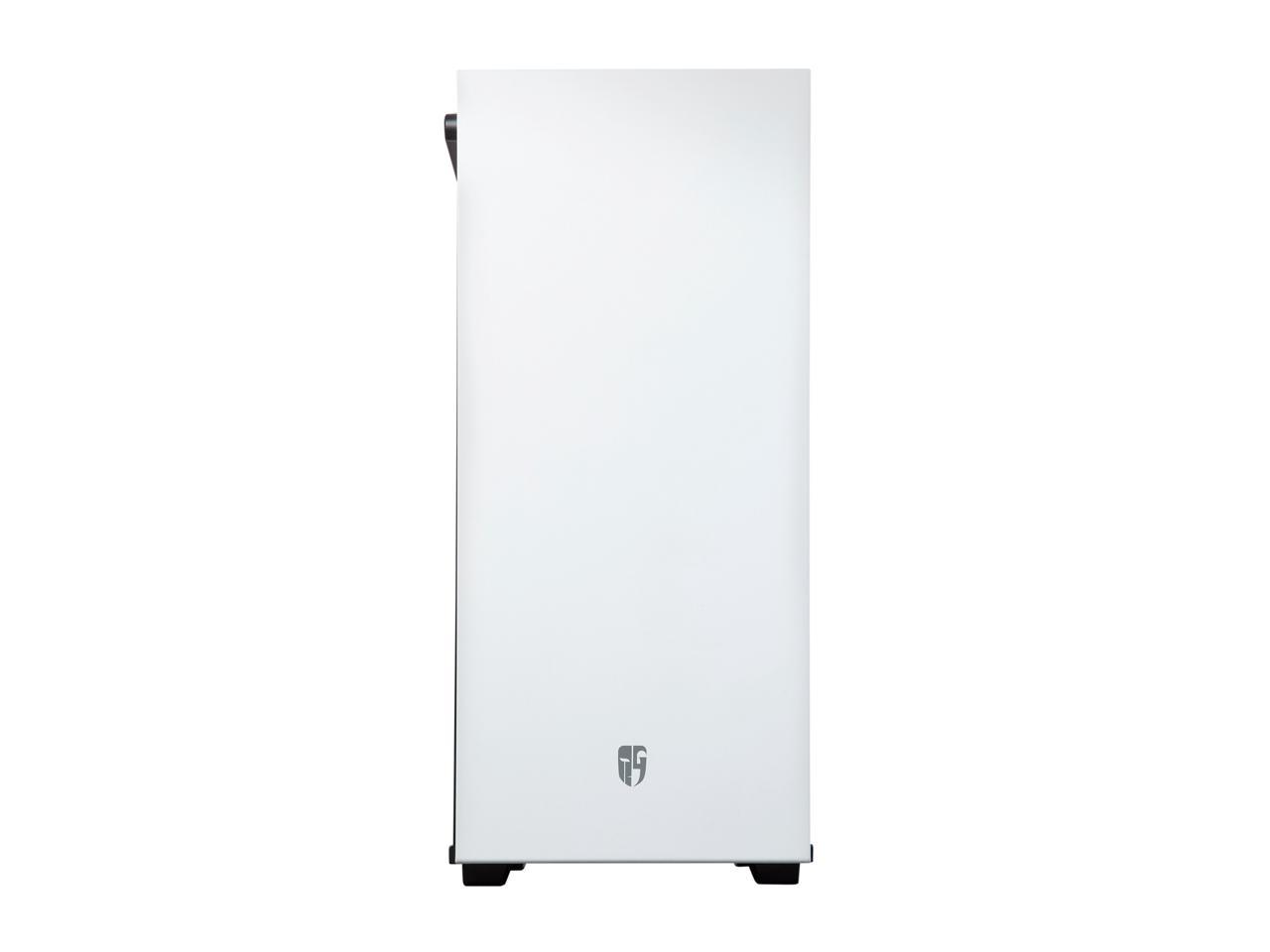 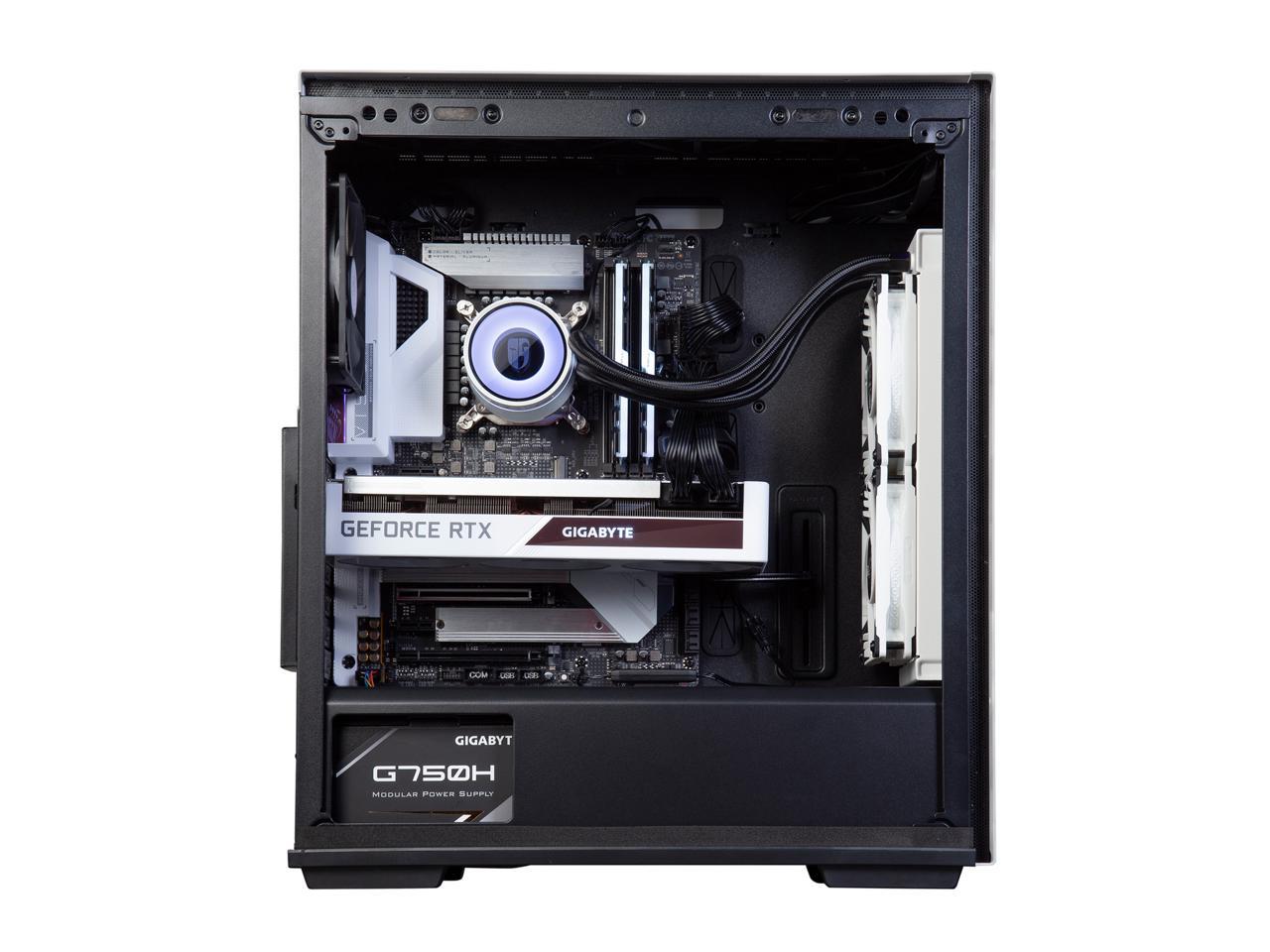 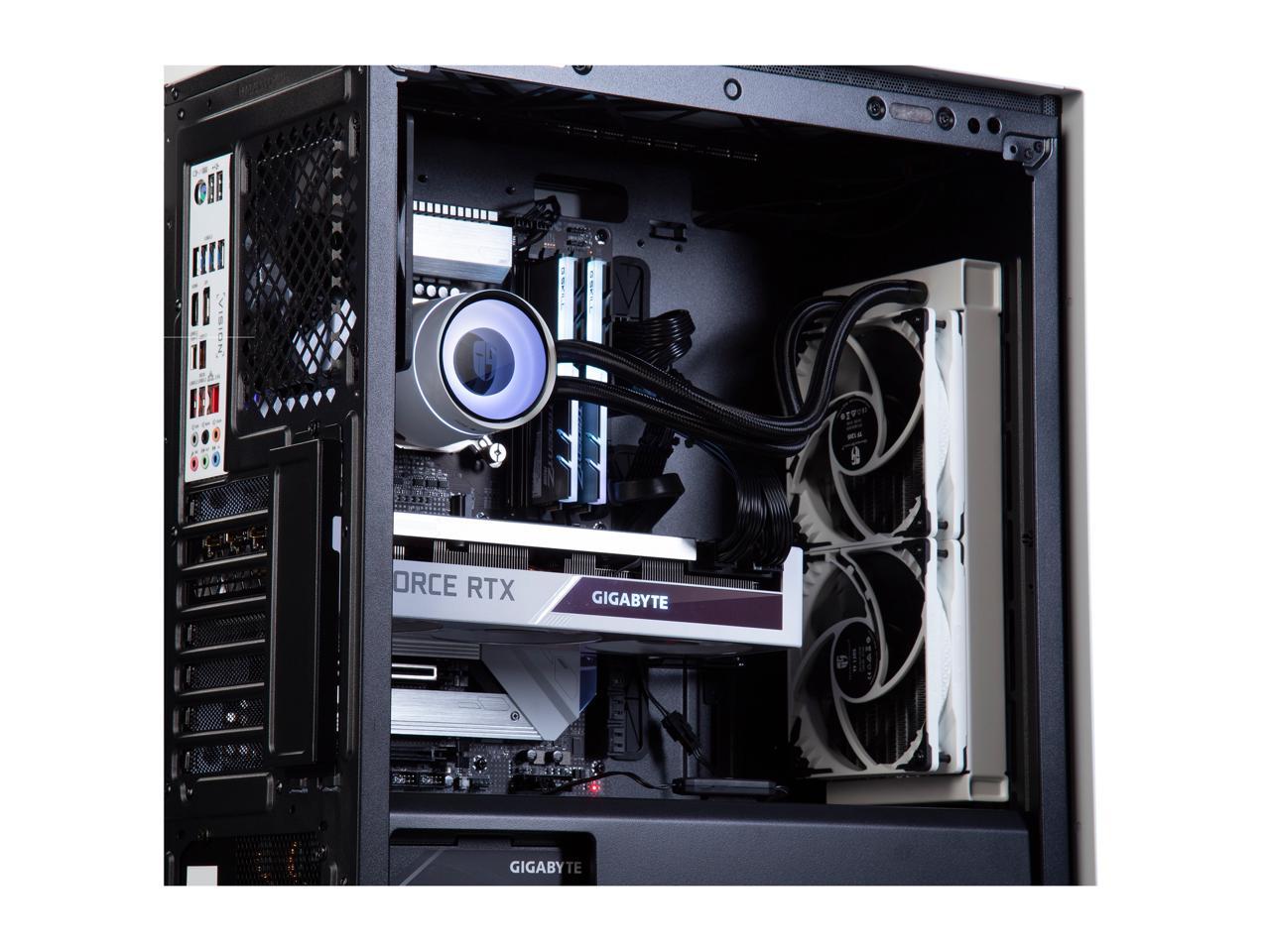 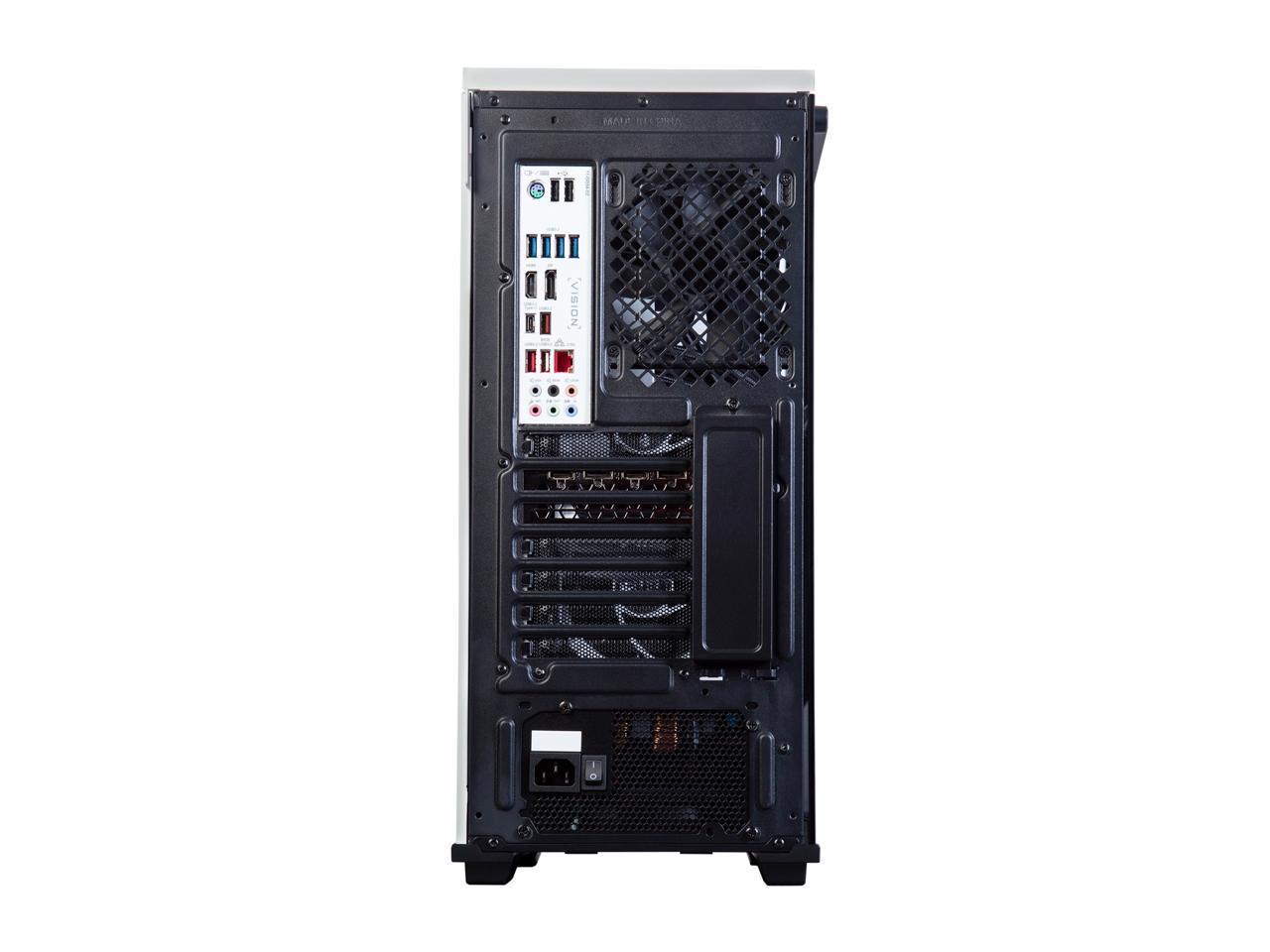 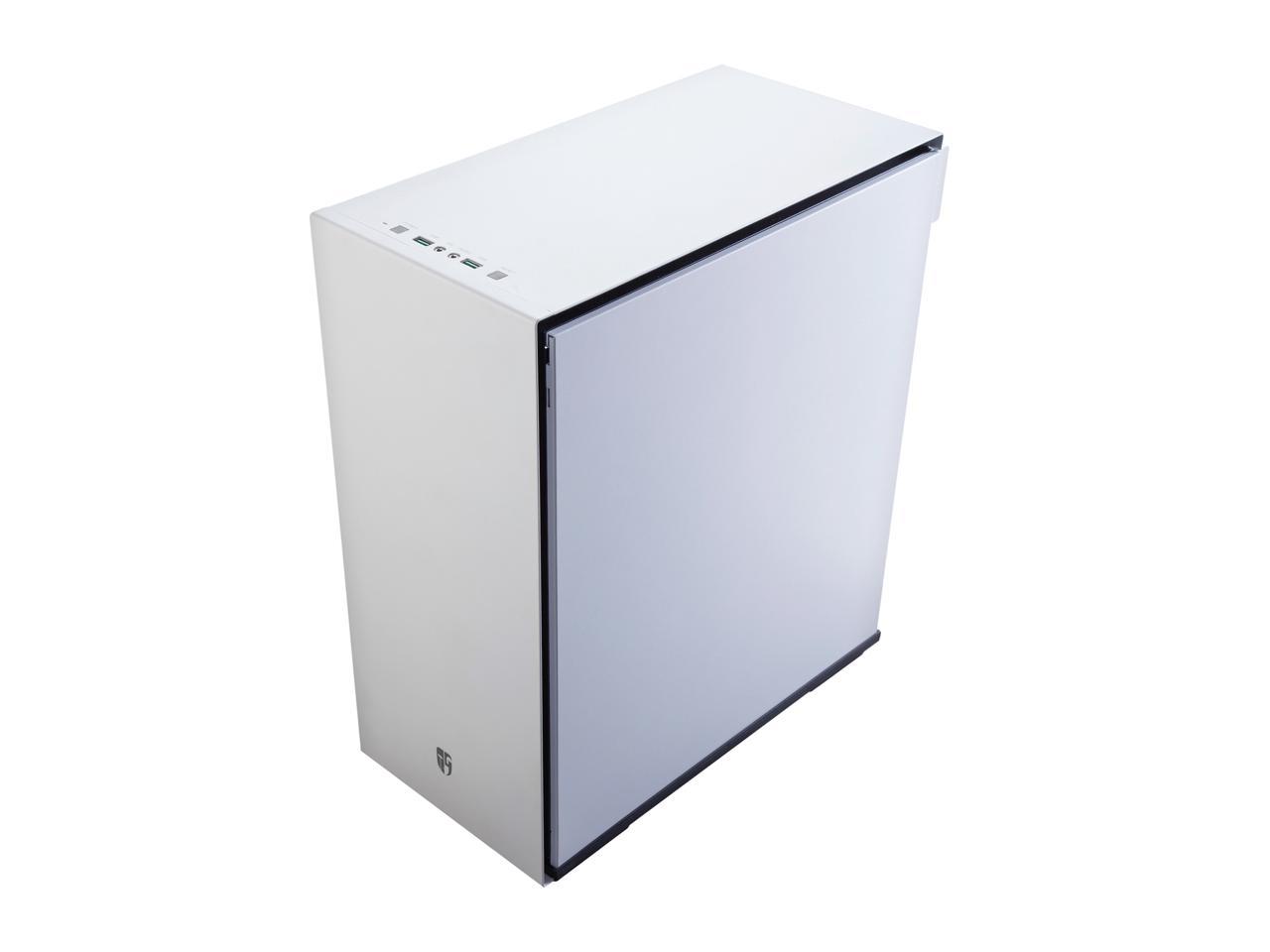 Enter the gaming arena with the ABS Gladiator. With the mighty power provided by its first-class hardware, to conquer all kinds of hot AAA and VR titles is a piece of cake.

Note: Pictures are for reference only. Graphics card brand varies.

Game, record and stream without compromise. The Intel Core i7 10th Gen 10700K processor offers 8 cores, 16 threads, and up to 5.1 GHz boost frequency to blast through demanding applications and gaming.

The 1TB M.2 NVMe SSD provides ultra-fast data access and retrieval to make everything you do feel responsive.

A RGB AIO 240mm liquid cooler effectively takes heat away from the CPU to ensure stable performance under full load.

With outstanding ventilation and elegant aesthetics, the case fits anywhere and stands out everywhere.

Learn more about the ABS ALI461

Pros: - Arrived very quickly, well packaged, no visible damage or issues with case or components. - Build quality is good, cable management was actually very good and looked professional with no loose wires. - Only pre-built I could find with these specs using a non-Asus Z490 motherboard. - Good component selection: manufacturer matched set, Vision G motherboard has good VRMs and Intel LAN chipset, video card has a solid cooler design, DEEPCOOL Castle 240EX AIO CPU cooler is a huge improvement over what some other pre-builts in the price range give you, everything is aesthetically matched for a high-quality look.

Cons: - RTX 3070 video card is DOA. - Case has poor airflow, but I knew this when I chose this pre-built. - RAM X.M.P. was not enabled in UEFI (easy enough to turn it on myself, but a lot of people seem to have this complaint with these pre-builts).

Overall Review: Since a custom build is off the table for the time being with video cards being impossible to get and extremely overpriced, I decided to give this pre-built a shot. What made the decision for me was the non-Asus Z490 motherboard, since I didn't want to spend this much on something that would be obsolete much sooner than a custom build (Asus Z490 motherboards will NOT support M.2 PCIe 4.0 with a CPU upgrade needed for NVMe Gen4 SSDs, whereas this Gigabyte Z490 will). The selection of parts also seemed to be decent quality (no bottom-tier motherboard, cheap air cooler or low-quality power supply), especially compared to other pre-builts in this price range. Unlike orders from a boutique PC builder which could take over a month to ship, this was ready to ship and it arrived only 4 days after I placed the order. After checking that nothing looked out of place from shipping, I powered it on to immediate artifacting pixels and green lines all over the POST screen, followed by the screen going black with no output from either HDMI port on the video card. I gave it one more try with the same result, then powered it down, unplugged everything, reseated video card in the PCIe slot and reseated power supply connections to the video card (double-checking there were no visible PSU connector issues as reported on some Gigabyte RTX 3000 series card). After this, I powered it on and it actually booted into Windows, but with resolution grayed out and locked to 1024x768. Device Manager shows a yellow warning icon on the video card and status "Windows has stopped this device because it has reported problems (Code 43)". Attempting to reinstall the device or update the driver results in immediate green pixel artifacts and black screen of death. I also went into the BIOS/UEFI settings, which presented even more green lines all over the screen and noticed X.M.P. was not enabled, so the RAM was running at 2133 MHz (well below the advertised speed). I tested with multiple HDMI cables and two different displays, which all worked fine with my other desktop running a GTX 770. All of these symptoms point solidly to a faulty video card or bad PCIe slot on the motherboard. Not sure if Gigabyte just sucks at making these with how many issues are reported with their RTX 3000 series cards, or if it was just bad luck, or if I somehow ended up with a used/returned/refurbished card. Considering the current lack of availability on these parts, possible lengthy turnaround times and the amount of money I spent on this, trying to get it fixed is not worth the time and risk to me, so I decided to return it. I will probably just wait a few months and hopefully return to my original plan of building one myself, since these pre-builts usually cheap out on the motherboard selection and this is not my first bad experience with a Gigabyte video card. Or if the video card situation doesn't improve by then I guess I'll have to settle for a PS5.

Pros: Super fast shipping, got it next day. Everything was secured, wire management was on point and it was beautiful to look at

Cons: As beautiful to look at that's all you can do is look at it as mine wouldn't boot past windows. Like many others who bought this, my RTX 3070 was plagued with the green dots and black screen. None of the driver updates or hot fixes were successful so now I'm out the $$ i payed for overnight shipping and now will probably be a month before i get the replacement.

Overall Review: This isnt Newegg's fault but ALL of this could have been mitigated by ABS just by doing QC on your units. I will update once my RMA and replacement has been processed

Overall Review: I bought this prebuilt because it was cheapter to get the these parts as a package compared to the scalpers on other sites. When it arrived I spent three hours trying to figure out why the GPU wasn't working. I put the 3070 in my older pc and still nothing. I put my old 980 in the new pc to make sure the PCI was working and sure enough it was recognized and working properly. Sent an email to customer support and will update rating if my problem is fixed timely.

Pros: No Bloatware. Performs well. Build Quality was reasonable. ( Some people may find a couple small things to tweak.) Over all the system was well built, and the cable management was clean within reason. Plays all my games very well. Looks good (Completely Subjective I know.)

Cons: I'm not super excited about the thermals but its not abhorrent, I wish that they would either have used the air flow version of the case, or included more case fans. This would have been a 5 egg review but XMP wasn't enabled in the BIOS before shipment, so my DDR4 3200 fancy pants RGB memory was only running at 2933Mhz, and I feel like a good chunk of the people that would buy a system like this wouldn't have caught that.

Overall Review: Overall I would recommend this PC. Good value, and a reasonable way to get your hands on a 3000 series GPU, and you don't pay much more than you would pay your local PC shop to put parts together for you, slap a licensed copy of windows 10 on it for you. With the exception of the lack luster thermals, and the omission of the XMP memory setting being enabled. I'm very satisficed with the machine, as these are easy things to fix.

Pros: In the midst of everything going on in the world, we all know how hard it has been to find reasonable parts for PC's. This build had the basics of what I had been looking for and all came together in a pre built with very fast shipping and easy purchase options

Cons: Build quality leaves a LOT to be desired. The wiring is a little bit of a rats nest. There's not much in the way of extras, and there are loos connections and such just easily visible through the side panel.

Overall Review: Machine runs great. It fired right up once I hooked up all my peripherals and it has been running VERY fast and extremely quiet. I'm happy with it, but I need to spend some time tidying up the build.

Pros: Fast and reliable so far.

Cons: Coming from 10 years of laptops it's a little louder than I was expecting, but it is a gaming PC I guess.

Overall Review: I would definitely recommend this PC. It's a clean looking unit and can handle almost any job.

Cons: GPU DOA Green artifacts all over the screen and will not boot to windows.

Overall Review: You would think they would've fixed this by now. There are so many people complaining about the GPU is DOA. I ended up returning it, very disappointed. I guess buying this pre-built requires some luck in your life. Definitely not recommend, it's too much of a gamble, and from the reviews it appears that the odds are against you.

Pros: The pc looks nice, all the components work fine. (Excluding the gpu)

Cons: Gpu is faulty. Green lines and green dots, fixed resolution that can’t be changed. The fan on the gpu just turned on max speed while just running the desktop of windows... and after a drivers update the pc can’t even boot past the bios screen. Will 100% update my review to 5* if this gets resolved.

Overall Review: Wait it out I guess. Seem a lot of people wanting prebuilt but this one is having gpu issues.