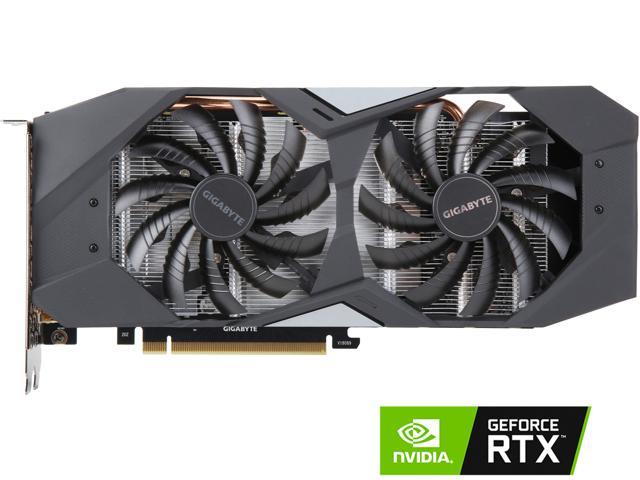 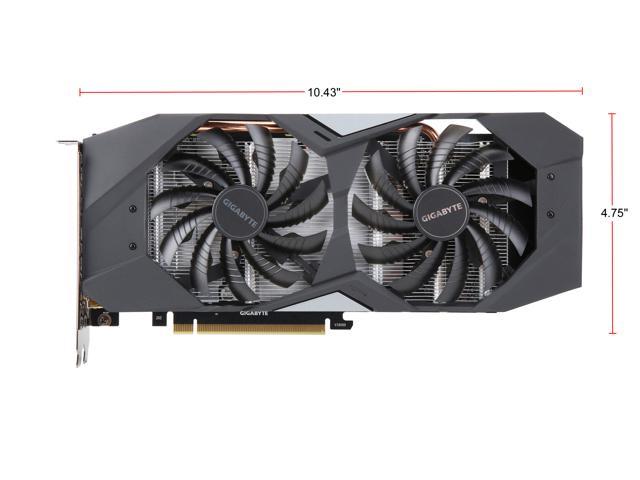 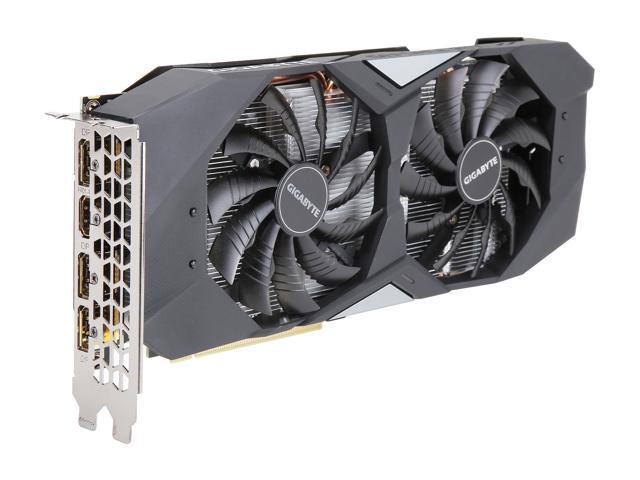 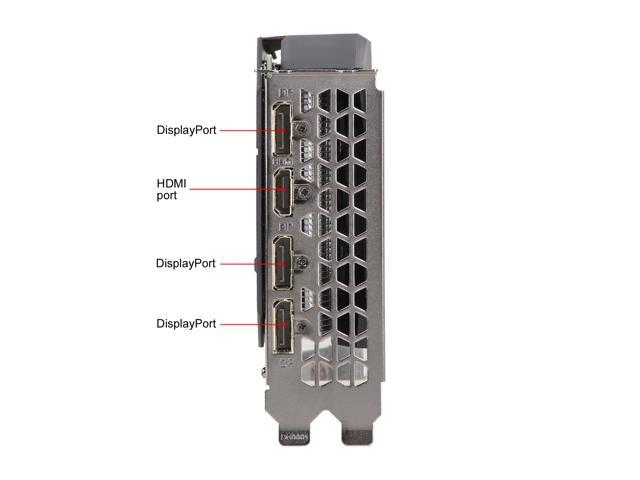 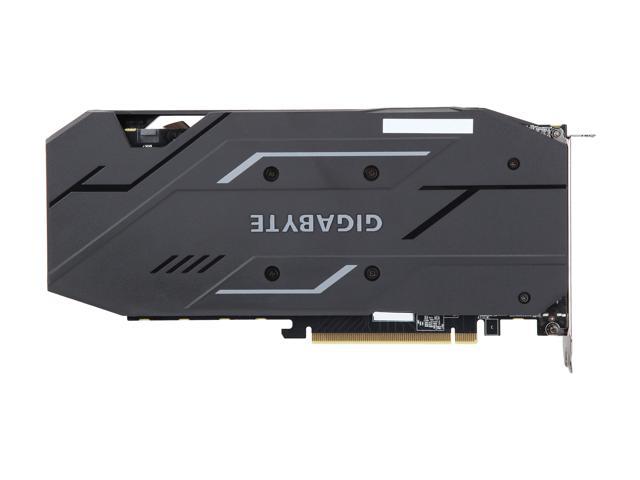 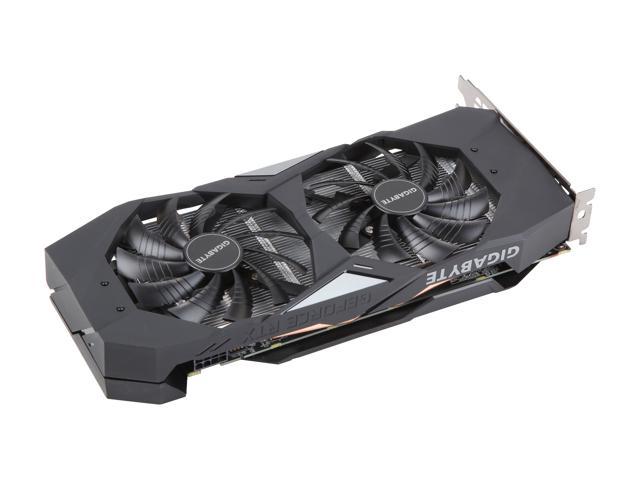 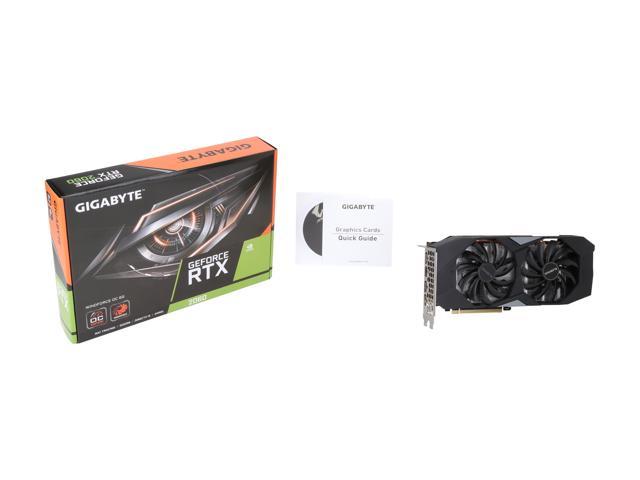 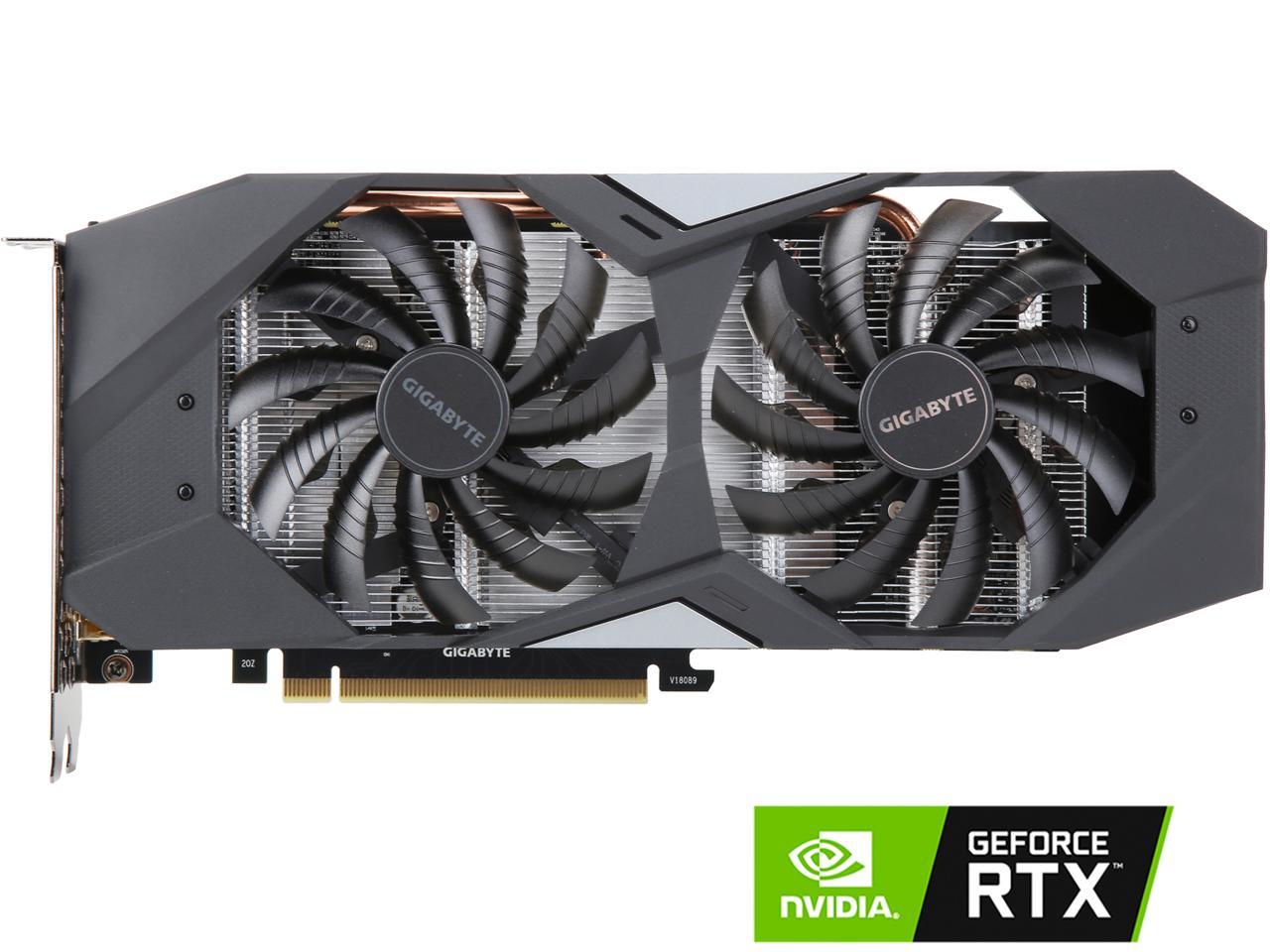 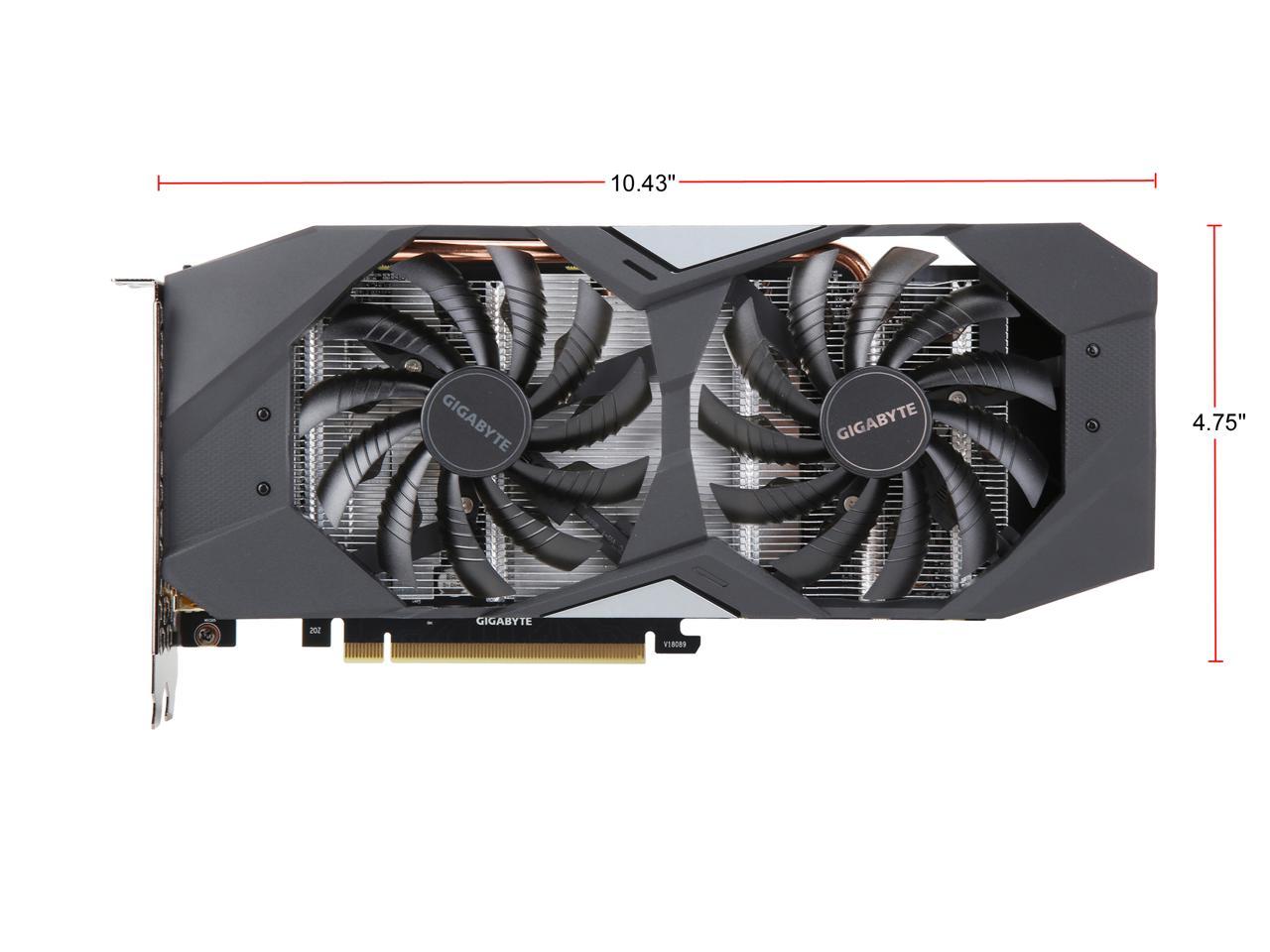 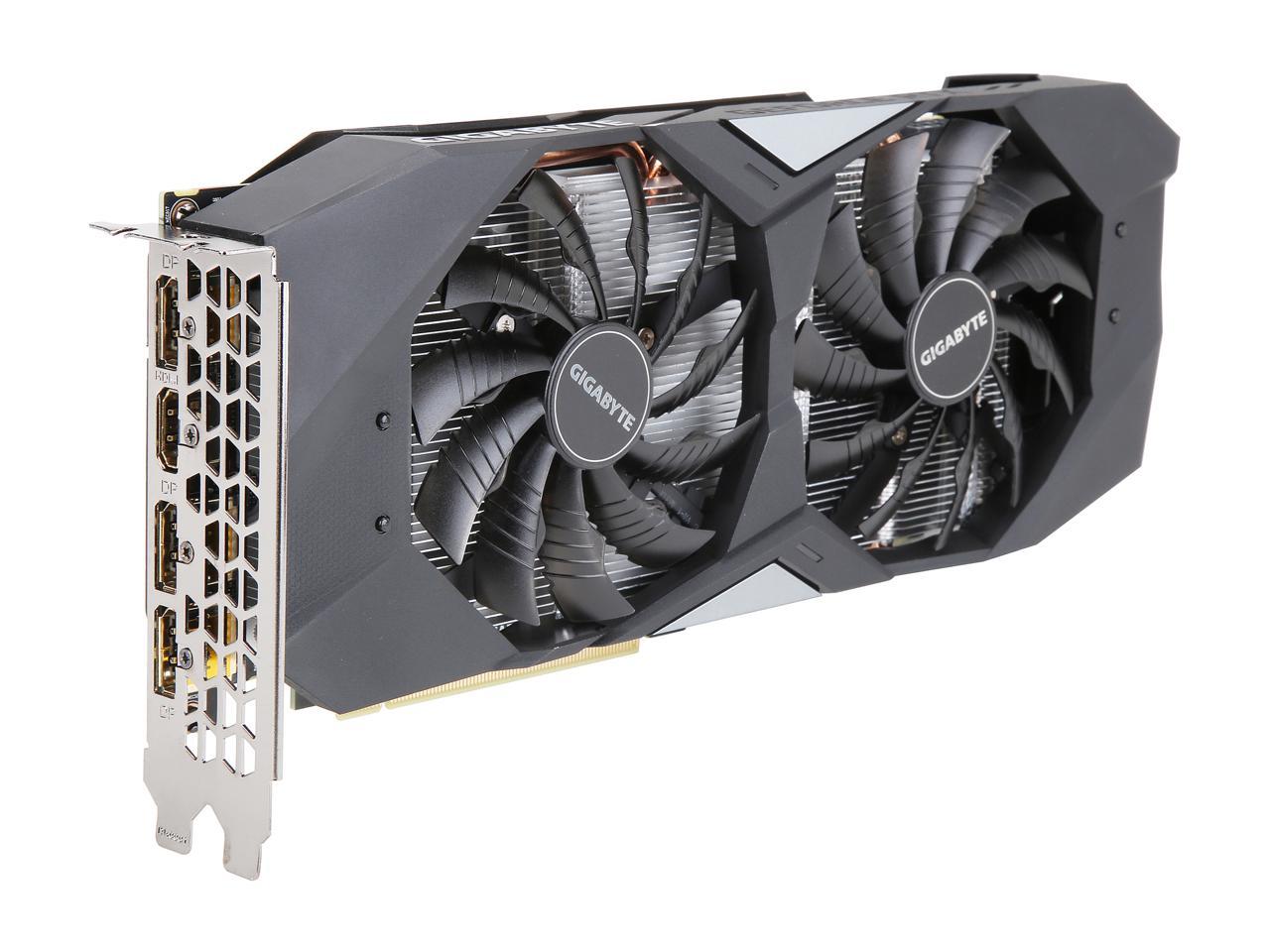 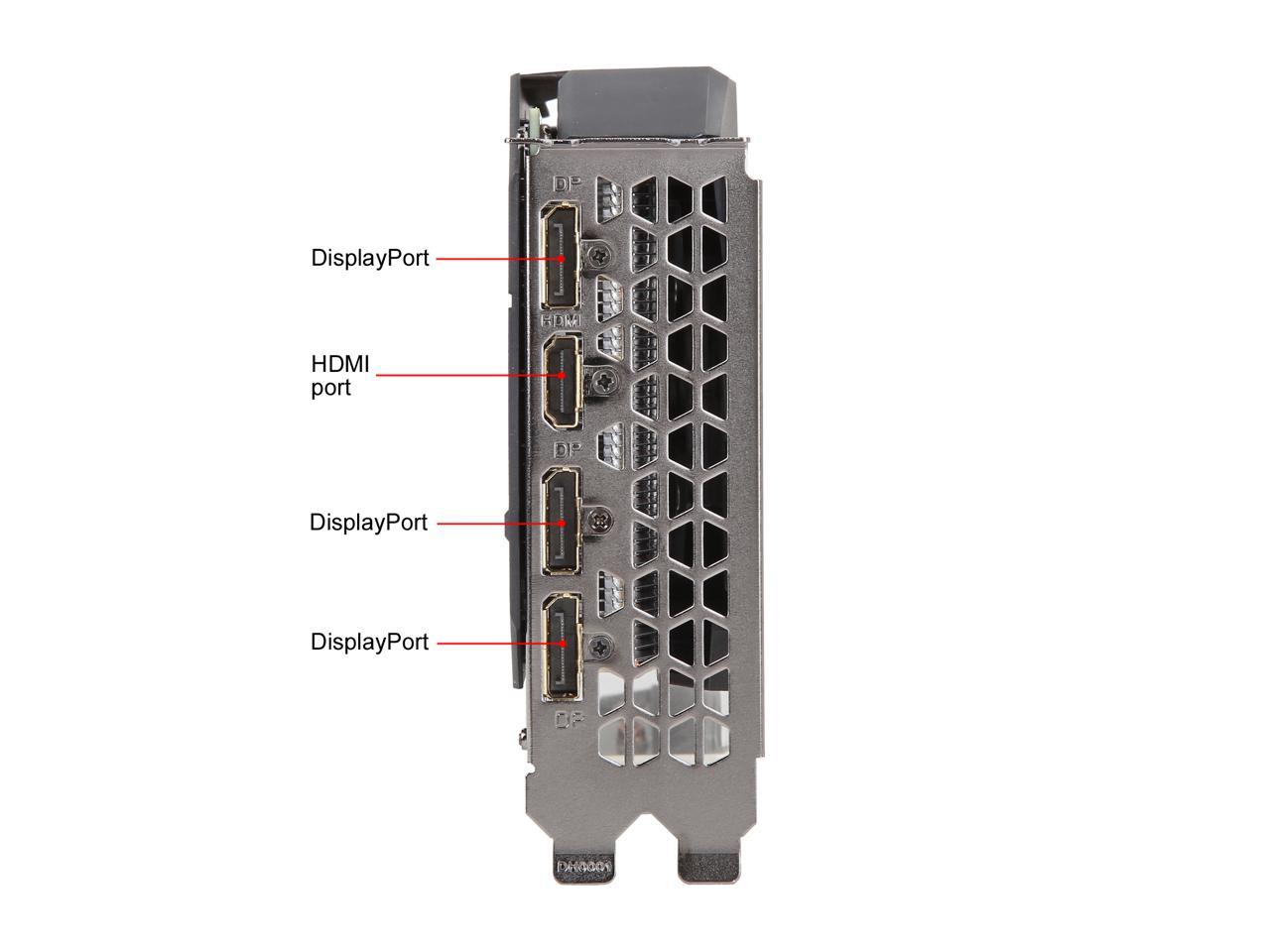 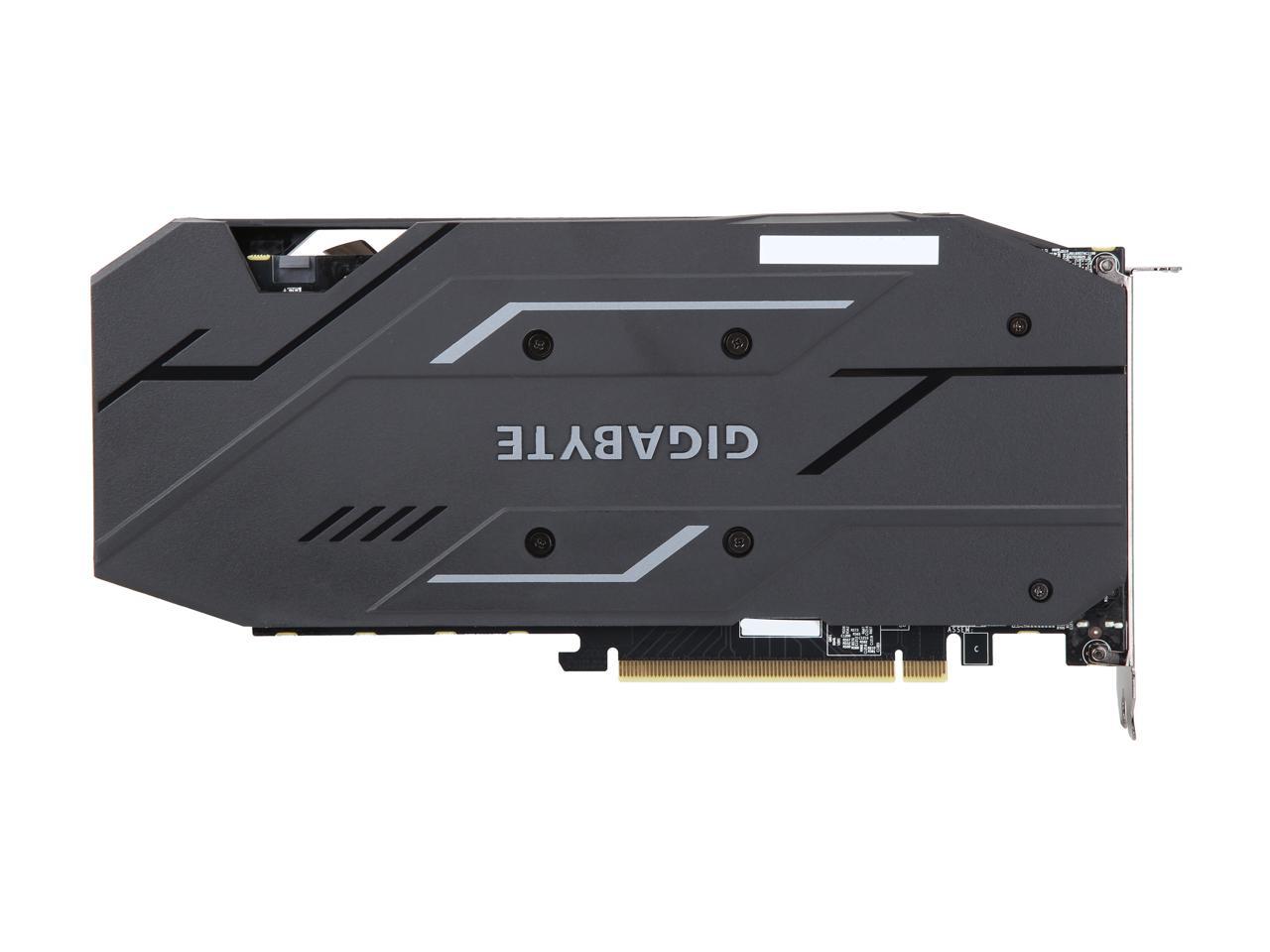 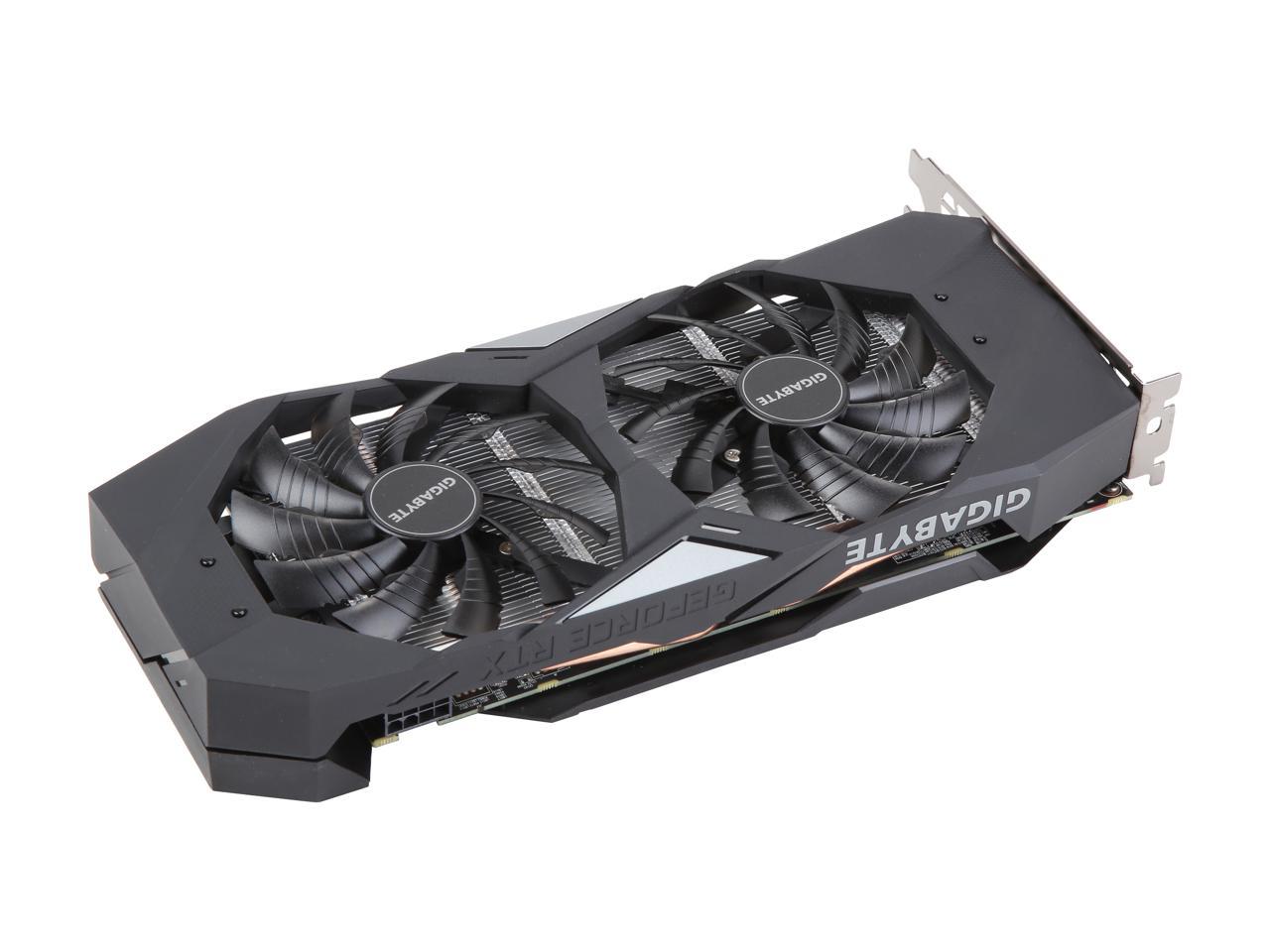 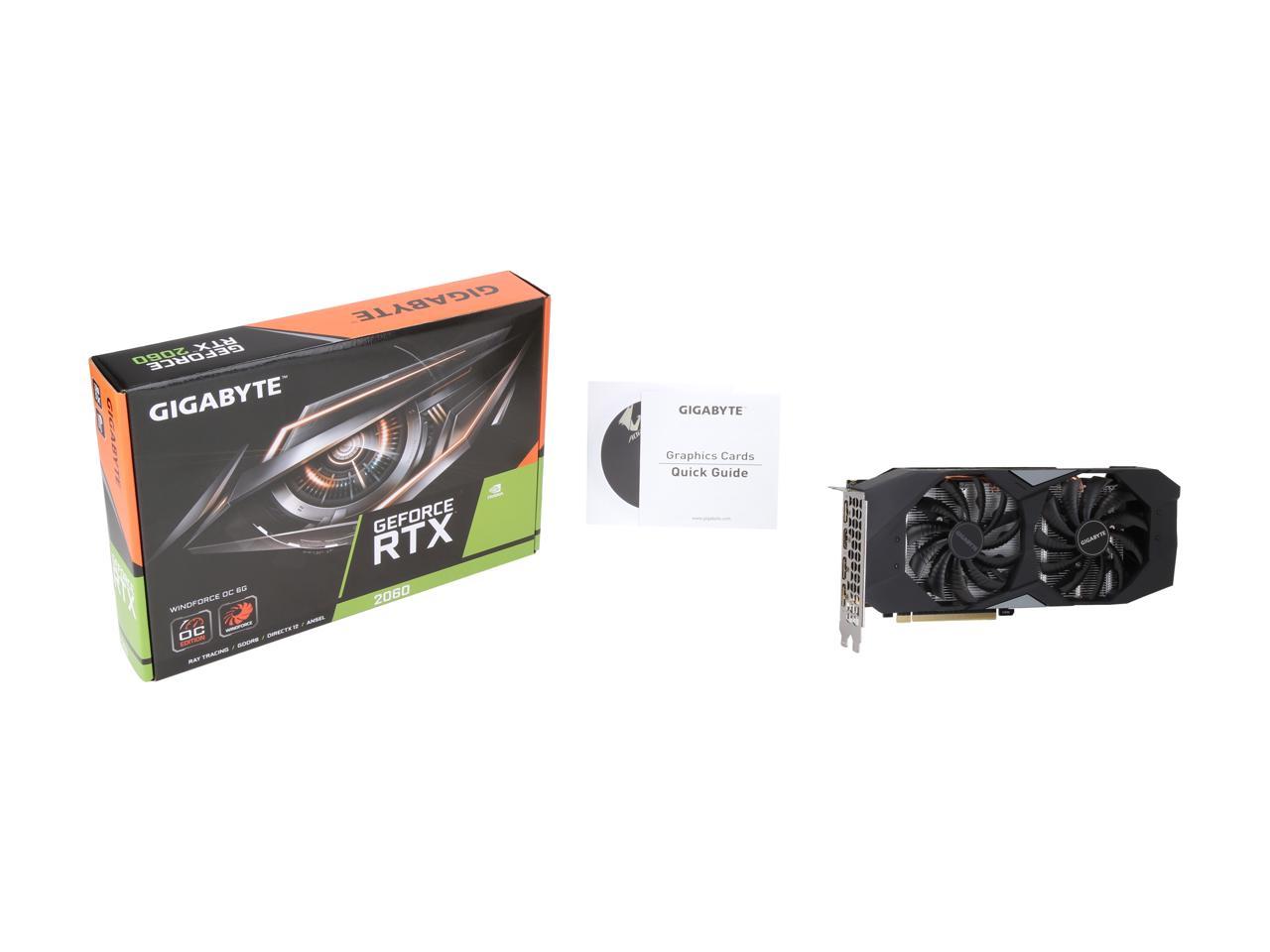 The GIGABYTE RTX 2060 SUPER graphics card leads you into a whole new gaming world. Powered by the revolutionary NVIDIA Turing architecture and next-gen GDDR6 memory, visuals will have unprecedented realism and graphics settings can be set to drive the most impactful actions. WINDFORCE 3X Cooling System ensures low temperature when the GPU runs at full load. A sleek black metal back plate looks good in your case and offers solid protection for the PCB. With AORUS Engine utility, performance tweaking only takes a few clicks.

This revolutionary architecture, combined with our all-new GeForce RTX platform, fuses together real-time ray tracing, artificial intelligence, and programmable shading. You've never created and enjoyed games like this before.

Get the latest NVIDIA GameWorks technologies for smooth gameplay, cinematic experiences, and revolutionary 360-degree image capture—even in VR. Plus, get the performance to drive the latest displays, including VR, ultra-high-resolution, and multiple monitors.

The graphics card uses the 4+2 power phase design to allow the MOSFET to operate at lower temperature, and over-temperature protection design and load balancing for each MOSFET, plus the Ultra Durable certified chokes and capacitors, to provide excellent performance and longer system life.

Cons: Something is lose and rattles, I'll touch my finger to the top or bottom and press slightly on GPU during use and the rattle stops. Sent the card back 12/9/19, got the GPU back 1/20/20. I ran RDR2 to test card and it still rattles when I play. Tried the card in my wife's pc and it rattles. I just want my money back.

Overall Review: Should have just paid more and gone EVGA cause they've never failed me.

4 out of 4 people found this review helpful. Did you?
Manufacturer Response:
Dear Customer, Thank you for your comments. We apologize for your difficulty with your GIGABYTE product. Please contact GIGABYTE RMA department for further assistance about graphic card warranty service by phone at 1-626-854-9338 opt. 4 Monday through Friday from 08:30 ~ 17:30 PST. GIGABYTE VIP Support Team
Rolando T.
Ownership: 1 week to 1 month
Verified Owner
It's ok a decent 20608/25/2019 4:29:38 PM

Pros: RTX, not the reference card, with some tweaking comes within spitting distance of the 2070.

Overall Review: If you want an RTX card and are on a budget this is your best bet. It's not the best 2060 out there as far as thermals or OC headroom.

Pros: Is obviously a powerful unit but will probably be not viable for new AAA games in the next year or two.

Cons: Runs at 85C on a lot of games that are graphic intensive like Warzone and Cold war. I have really good cooling in my case and a CPU water cooler and it still runs this hot. Also I have tried to overclock and the main clock can only be stable at +45 !!! and the memory clock I CANNOT EVEN MOVE UP AT ALL. It crashes even at +1. I have actually had to undervolt the card because of its subpar performance and heating issues.

Overall Review: Generally bad, especially with the new cards releasing right now by AMD and NVIDIA. Save your money and get a 30 series or new AMD card.

1 out of 1 people found this review helpful. Did you?
Manufacturer Response:
Dear Customer, Thank you for your comments. We apologize for your difficulty with your GIGABYTE product. Please contact GIGABYTE RMA department for further assistance about graphic card warranty service by phone at 1-626-854-9338 opt. 4 Monday through Friday from 08:30 ~ 17:30 PST. GIGABYTE VIP Support Team
Matthew M.
Ownership: 1 month to 1 year
Verified Owner
Warning: It rattles7/7/2020 5:14:59 PM

Overall Review: Gave it a try thinking that it might not rattle as others have said. Well, it does. Most prominently, while under load. Never while idle or not gaming. Can get away with light gaming, but even still will rattle sometimes. I have checked all the parts which can be accessed without taking it apart and everything is solid. So issue must be internal, and a pain to get too. Fair warning.

Pros: It works amazing and works as a 2060 should

Cons: When the fan ramps up it will occasionally rattle

Overall Review: If you are okay with a rattle, then yes

Pros: Runs great Got it to clock at over 2000mhz core clock

Overall Review: Overall it runs all of my games very well no man's sky, far cry new Dawn, Witcher 3, gta v. All and more run perfect without a dip in fps. You do have to manually set up your fan curve or else it does get hot. But I haven't had any issues with it after the fan curve setting. I managed to overclock core to over 2000 MHz and memory clock to about 6800 MHz. It runs easy games like nms in the 60 degree range and heavy intense games in the 70s. I bought it in sale for over 100 off.

Pros: - Pricing is great if you are looking not to break the bank. Got two games and a great discount here. - Stays very cool, at least Revision 2.0 version, I live in an area where it is usually 30 celcius/80 Fahrenheit. - Fans are very quiet and efficient. Heard about fan rattling; not present here at least on revision 2.0 - Like the style; black with accents. No RGB or leds. - The price

Cons: - Maybe, the backplate not being solid metal, but it well made and sturdy. I dig it. - Does not come with accesories, but most wont provide, much less at this price point.

Overall Review: -It is a great Gpu, if you can get a discount coupon and manage to get a few games out of it; the price will be incredible. Totally worth it. -Have had several brands before, all presented issues at some point. Never had a problem with this brand. All Rtx had issues on their first batches from many manufacturers. Its maybe just the word of mouth that does more harm than good. I would say wait for revision and patches or fixes on the brand you like, none of them are perfect. All items I had from this brand had had continuous revisions, which means they are paying attention. - Dont be a fanboy defending the undefendable nor start bashing just because. Try as much as possible to be objective on your comments.

Pros: Affordability and VR performance.Good with most games though it aint no 3070.Comes with ray tracing.Behaves well as a 2060 pretty stable had it for half a year no issues.

Cons: It isn't the finest card out there but for the price its not going to hurt.Makes you want to upgrade eventually it will handle big games but when it comes to Flight sim 2020 its a bit on the lower to medium end of things6gb vram not 8 or 12

Overall Review: Overall for first time pc builders, or someone looking to replace their 1080 or a 1660 this is an upgrade worth considering. It's a good interim card until the 3060 becomes widely available.