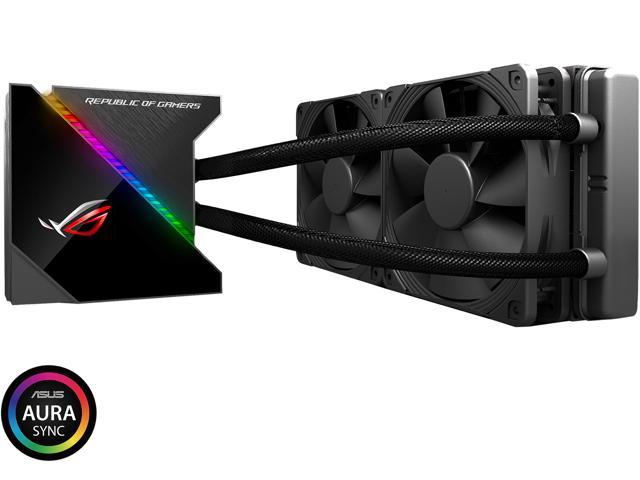 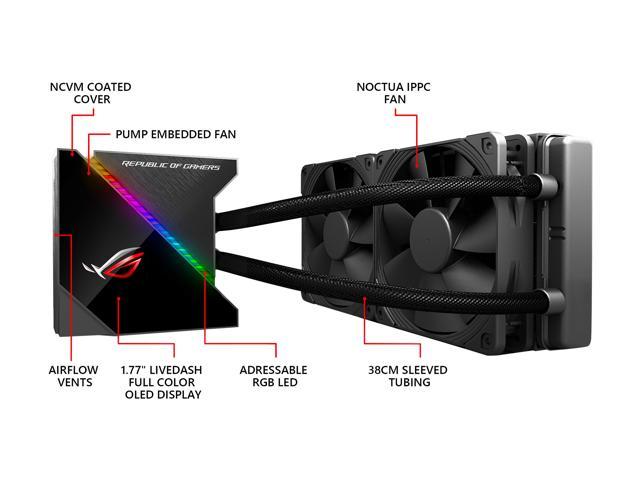 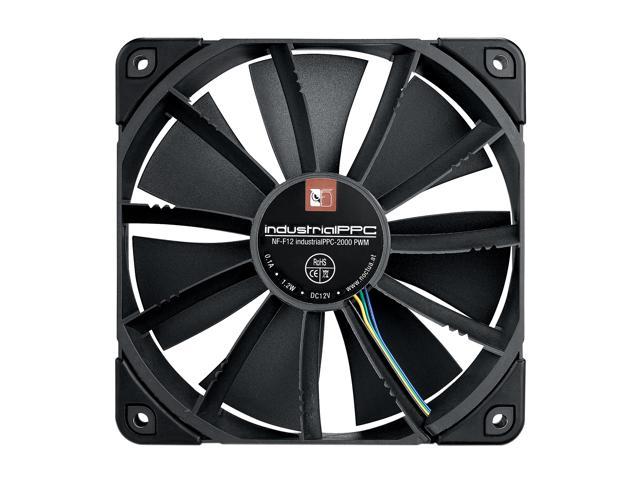 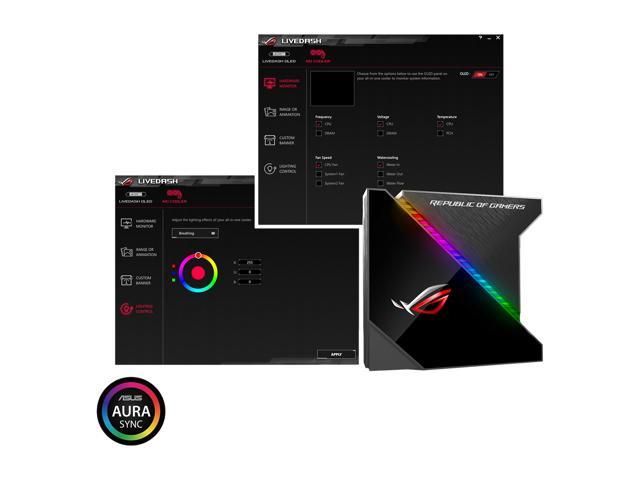 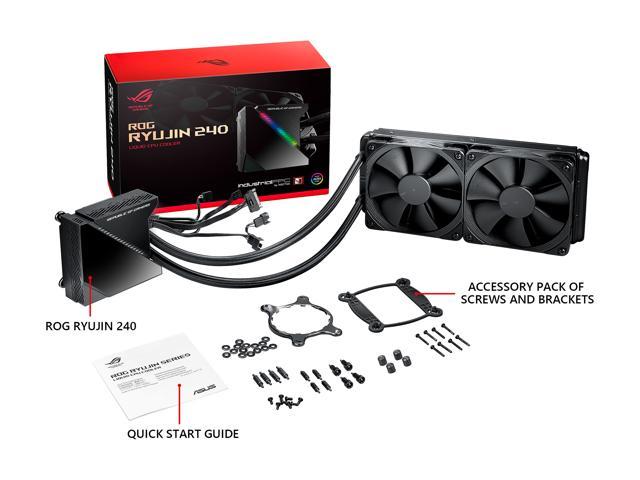 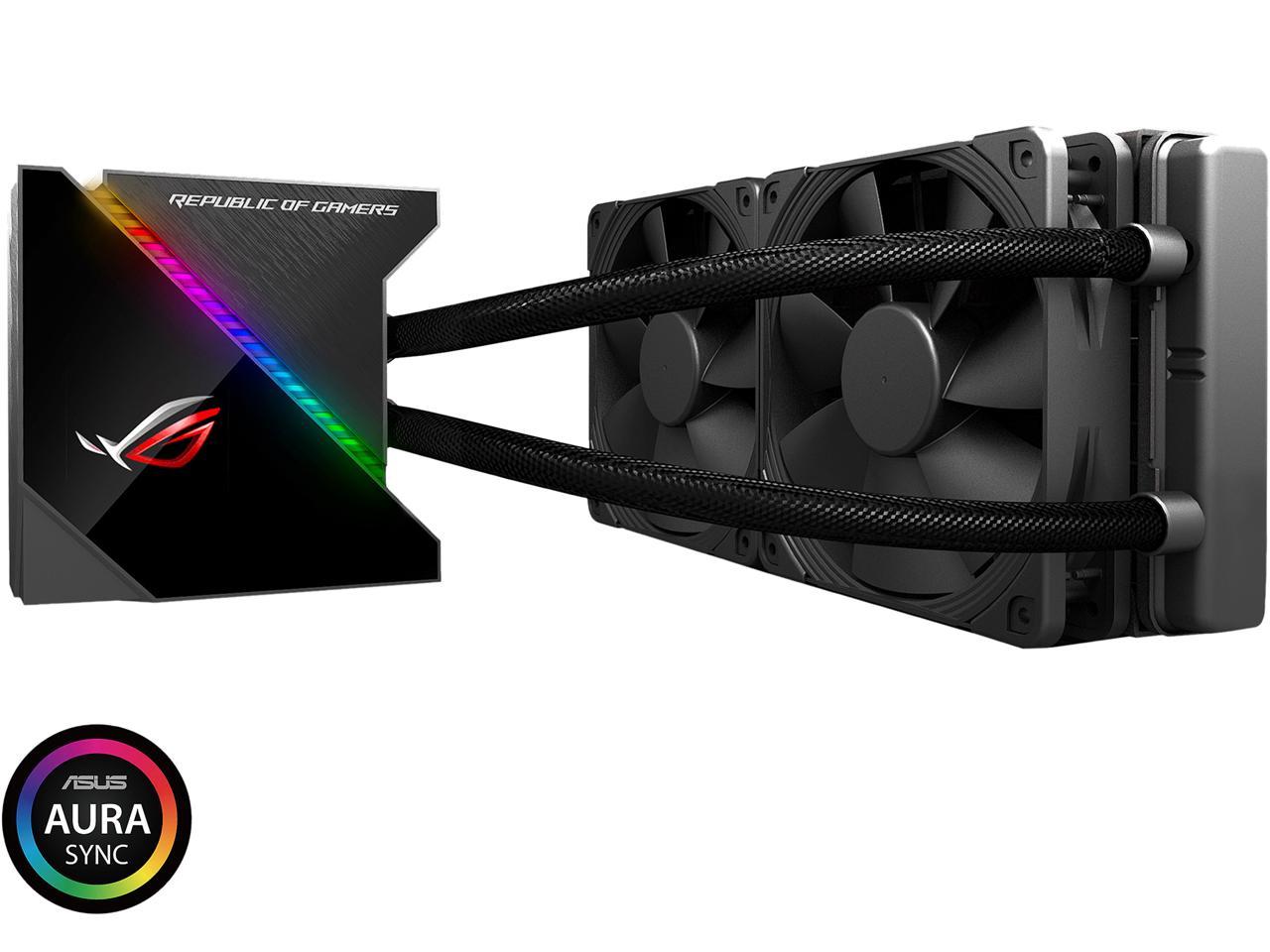 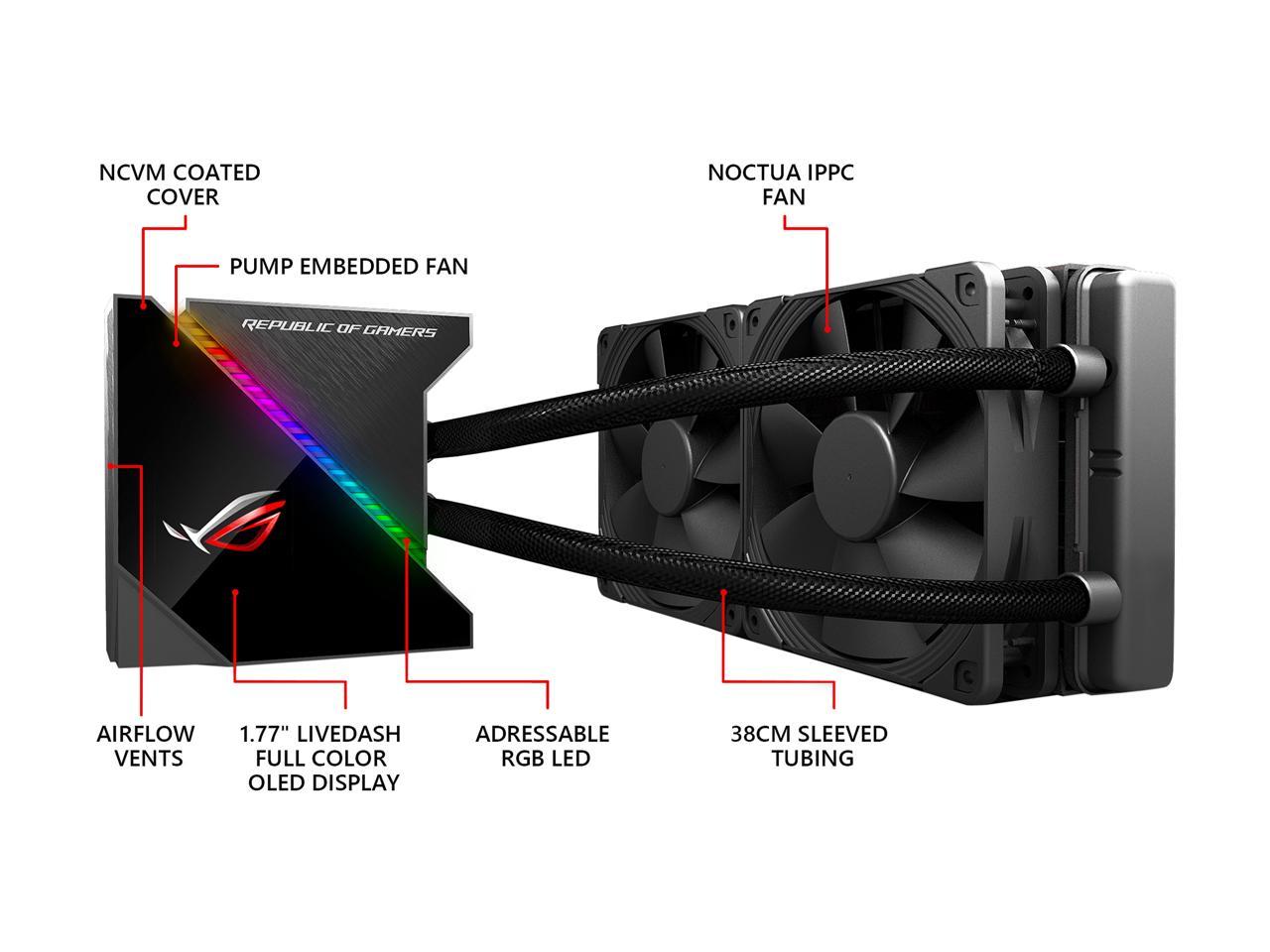 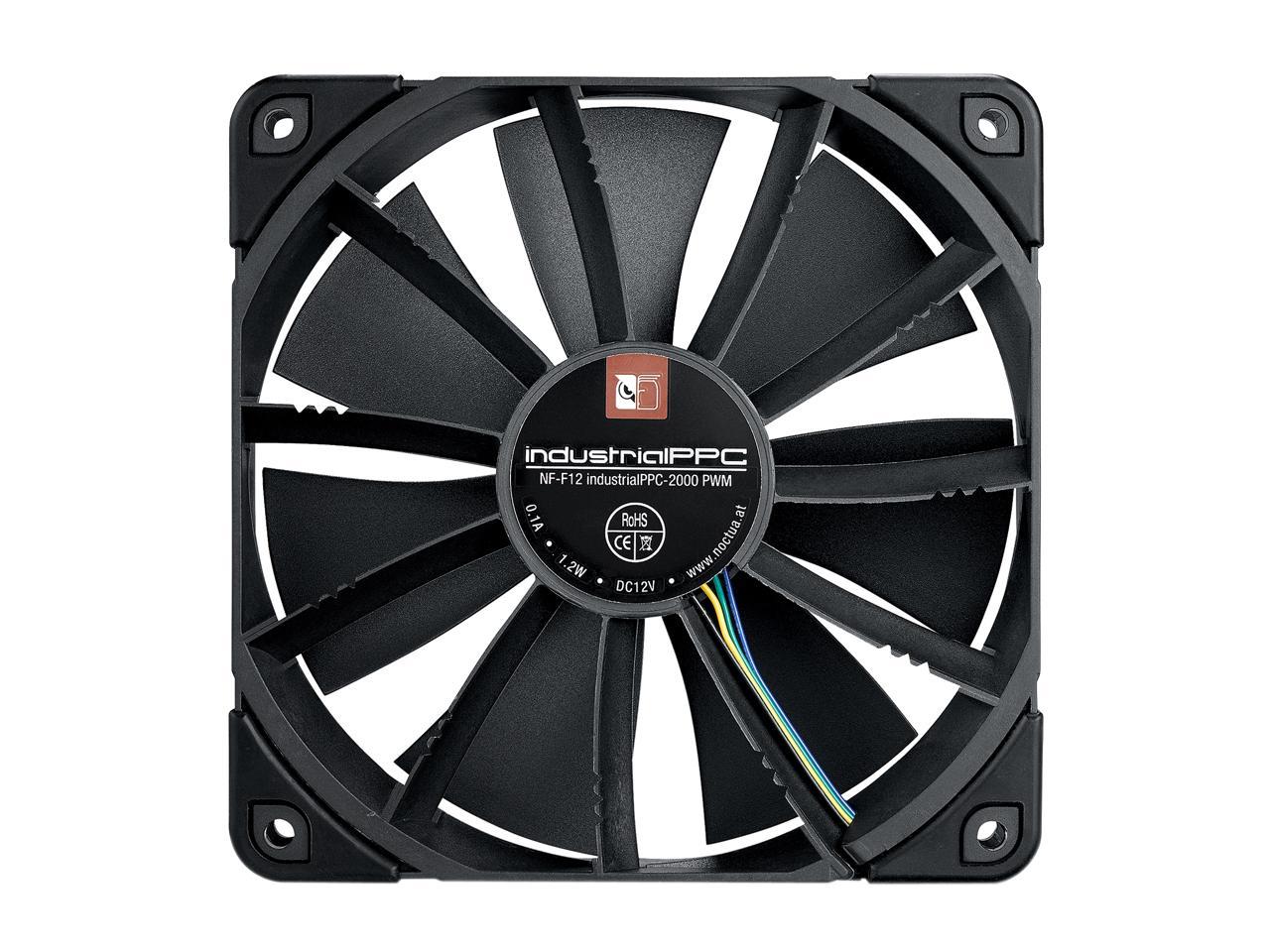 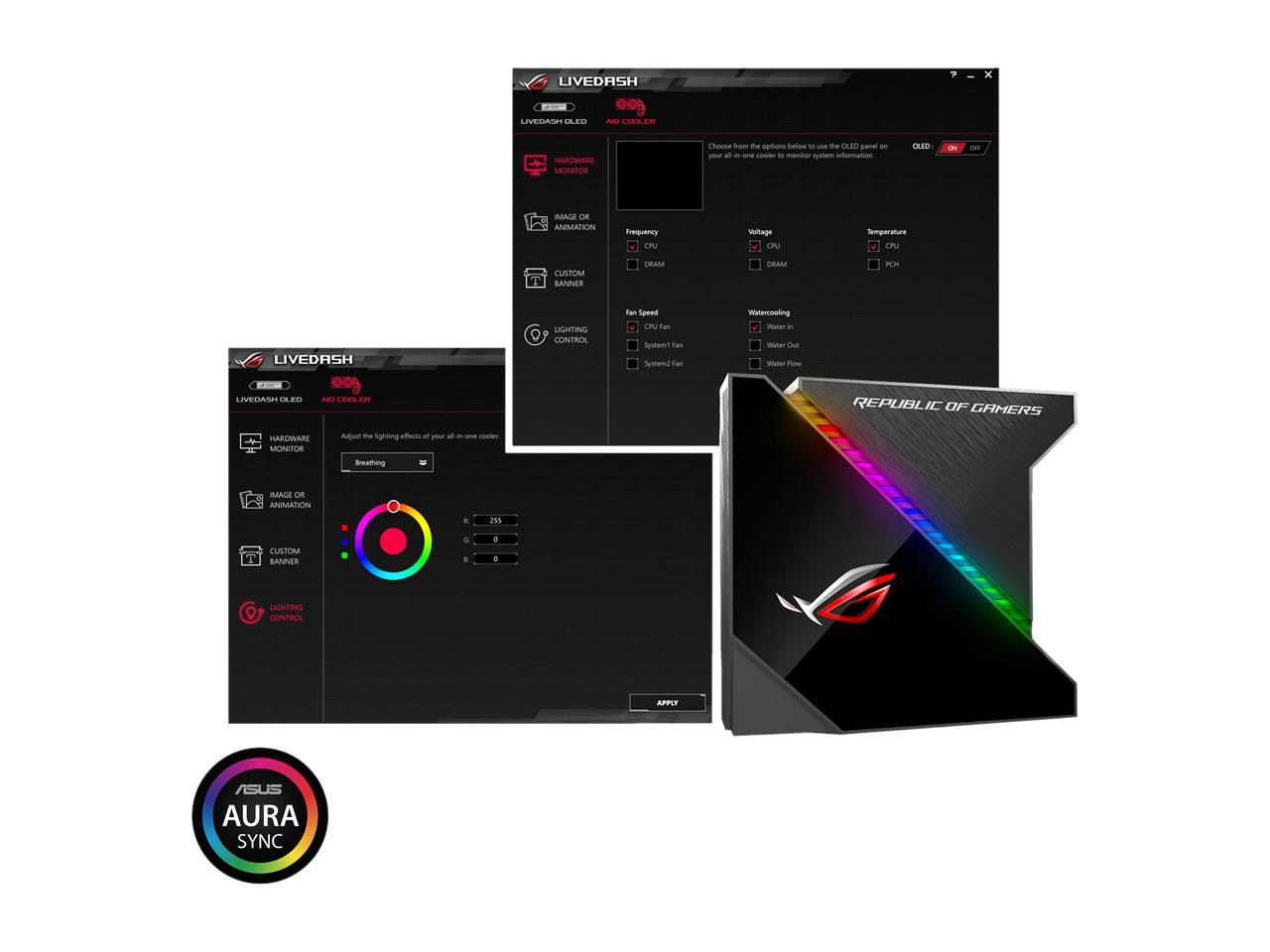 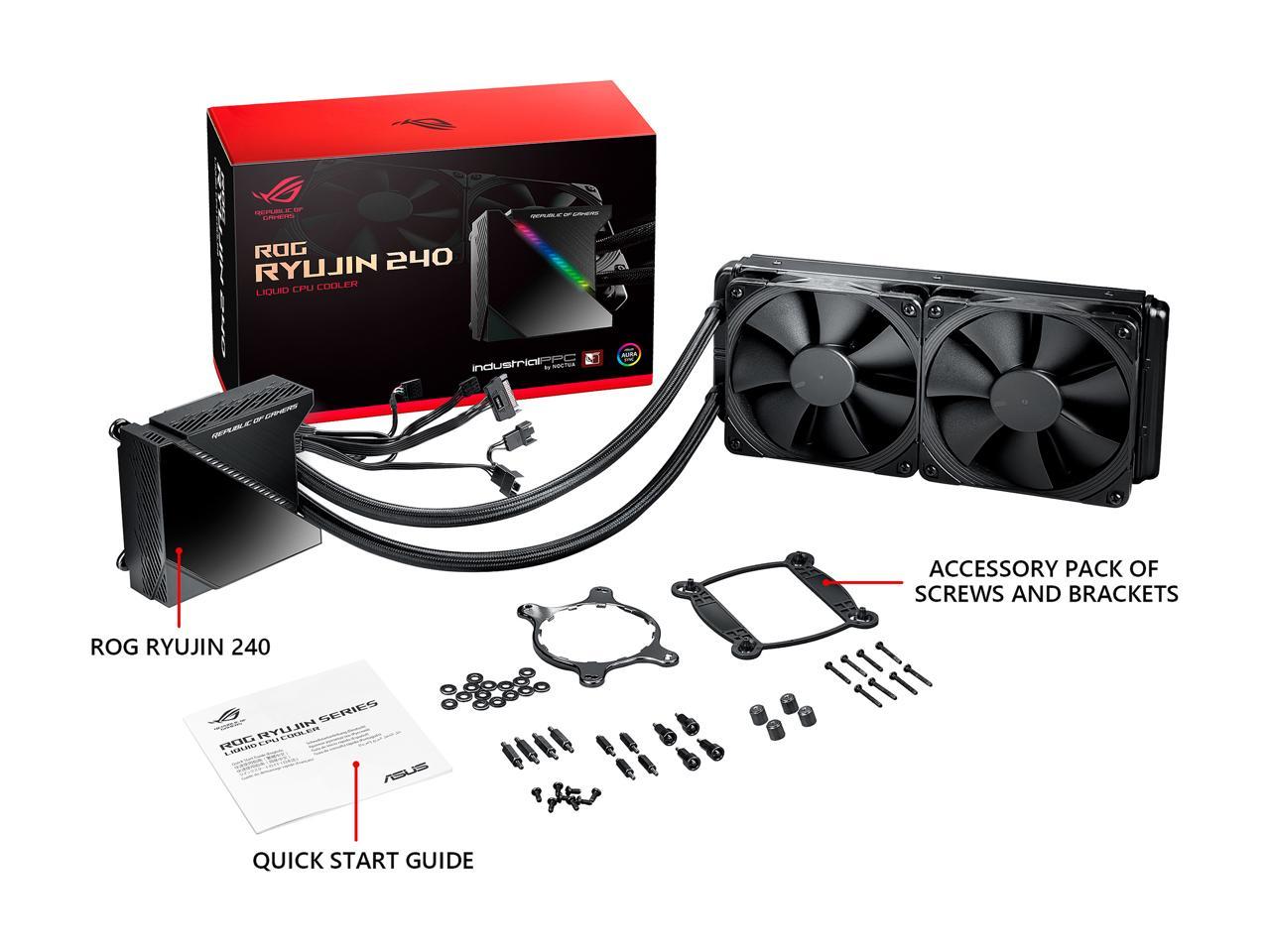 Cons: - Can be very loud once things go up to that 70+% 100% is LOUD which I have not seen outside of stress testing and tuning/profiling. - Did have the RGB freeze to a color once or twice when first setting up system and playing with RGB. No issues since initial set-up day, and anytime it did, a reboot of the system allowed it to Re-Sync, again this was only occasionally when messing with settings/RGB initially and sinking 6 different items together (Case/Mobo/PSU/Ram/GPU/AIO) Not a big deal to me as has worked fine and booted to correct color/setting every time.

Overall Review: - Additional software needed for the OLED display features... not a big deal but is another piece of software. - RGB matched all other Asus RGB without issue. - Comes with Noctua fans, usually considered some of the best. This makes the price hurt a bit less, would I have bought it without the Noctua fans? Probably, however I think it makes the price easier to swallow a bit. No seriously these fans can run $25-30 each easily and there are 3 of them. - Price is what it is, product works well. - AIO review is written after use time of around +/-150 hours; 40% idle time, 55% normal usage, and 5% stress/benchmarks - The cover(the part you see on the pump) is just a cover, its perfectly fine, works well, however. If for some reason you were doing a build that required extreme angles on the tubes out of the pump the cover could potentially interfere. But again this would only be if you were trying to use extreme angles of the tubing for installation any normal installation is no issue.

Pros: -Premium quality expected from Asus -Cooler block made of aluminum -Has extra screws in case you lose a few

Cons: -Asus LiveDash program not recognizing the hardware even though it comes up as a flashdrive since it's connected to a usb slot directly to the motherboard -Stuck with the Asus eye animation for now until customer support contacts me -Multiple Call backs from "product support" issue not even close to being solved

Overall Review: Would look amazing once the LiveDash application works. The default eye animation is not bad but i want some temp readings and frequency readings displayed. I have tried everything possible but I think the LiveDash software is not ready for this cooler.

Pros: Keeps my 9900k overclocked to 5ghz all cores cool around 70-80 under load while gaming. Very quite. The 3 Noctua fans are some of the quietest i have ever had. And looks amazing if you can get the software to work!

Cons: Armour crate is garbage. Its a 50/50 chance if i can get it to show any info or rgb. Every time i restart my computer i have to try to get armour crate to work to show info or rgb lights on it. For what i paid for this cooler i expected everything to work flawlessly. Fan expert does not work properly with the fan on the pump or radiator fans. I put the rad fans to my fan hub to have control of them and i was able to get fan expert to shut the extremely loud pump fan off. Armour crate has fan controls for the pump and rad but are completely useless in doing anything, and thats if im lucky enough to get to the fan controls in armour crate. Please Asus fix your software. Ive uninstalled everything asus, installed in order, uninstalled some of your asus software to install the other asus software then reinstall what ive uninstalled, with no luck

Overall Review: I did an all Asus build and thats why i went with this aio. But had i known how bad the software is i wound never have went all Asus!

Cons: it did show couple degrees celcius cooler in normal load condition than using a noctua nhu12s air cooler, however it actually overheat when running prime95, approaching my 6900K thermal limit ( above 90C). I was surprised at the fact that noctua cooler was better at heavy load (stabilized around 85C)? Or maybe I didn't apply thermal paste correctly... I will try reapplying paste and re-running prime95 later when I got time. I'm guessing this AOI is not very capable of handling overclocking. Btw I was running 6900K at stock speed.

Overall Review: I am going to let it run 7/24 at 100% pump speed. I am OK with it if it's still good after 3 months. Considering the price range it falls under, it is not an entirely terrible choice. The RGB lighting requires a 9-pin on-board USB interface which I do not have any spare. Not much paranoid though. Update: with a UPS, it has been pumping 7/24 w/o problems for 3 months. Quite stable and reliable. Like I said its cooling capability is not impressive. Light load like a spice circuit simulation would bring the temperature to the 60C from standby 40C. Personally think a 25% off would make this AOI a better one.

Pros: -Keeps my CPU cool -Has a fan on the water block that blows air around the VRMs and also helps cool the water block. -Noctua fans for the radiator -LiveDash screen is nice (if I could ever get it to work) -long braided hoses -Overall, it works great, would recommend it, hopefully you can get the livedash panel to work.

Cons: -wires on the USB connector came loose after installing it causing it not to work properly. Very disappointing considering it is a ROG product. -hoses can be too long for some cases -hiding all the wires can be a pain too as they all come off the right hand side of the waterblock

Overall Review: I bought this one for a friend as I was building him a gaming computer. I bought mine off of a different website as they had a sale on them about 3 months back. Mine has worked perfectly as far as keeping my CPU cool. Only issue I've had is not being able to get the livedash panel to actually work. it's stuck on displaying the ROG eye which i'm not too worried about. I've followed the steps on how to get it to work and when I download the file off the Asus website it doesn't download the program. Maybe I'm just not doing it right.

Manufacturer Response:
Dear Valued Customer, Thank you for taking your time in writing this review and sharing your experience. We certainly value your feedback. It is unfortunate you're having issues with your Livedash screen. You can customize your screen with custom JPEG/GIFS, just make sure the size is 160x128 and limited to 1MB to upload properly. Also, please make sure you have the latest firmware. If you have any questions or concerns, feel free to contact me at cl-justin@asus.com and I will help you to the best of my abilities. I'm here to assist our customers with our products and dedicated in bringing a resolution to all issues that they may come across. Your case for reference is #N190520716 Thanks for choosing ASUS Regards, Justin ASUS Customer Loyalty
Anonymous
Ownership: 1 week to 1 month
Verified Owner
1st Build. Easy Product to Use.7/9/2020 12:17:09 AM

Cons: - Instructions are not clear - much easier to just watch a YouTube video. The setup is quite easy, but the instructions create more questions than necessary. - Placement of USB cable is awkward. -

Cons: Sometimes screen stays on the last display when turning on and off the system but opening the asus armory software will fix it right away and will change and display the right information

Overall Review: A lot of people complain about not being able to change the message or animation on screen but it’s because they are using the wrong software, using armory software from asus works great with all my other rog products (including screen and rgb)

Cons: Screen stopped working in less than a month. 20 days to be more specific. The screen is now blank. When the screen was working, it would default to have the picture upside down. Constantly had to us live dash and rotate the screen properly. The LED light randomly defaults back to rainbow colors. Constantly have to change the LED color back to what i set it at. One of the fans is making noise.

Overall Review: Not much more to say. I wouldnt wish this AIO on my worst enemy. I should never have purchased it in the first place. This is my first ROG component. It will be my last. Through the course of using the computer for 3-4 hours, i would have to change the LED color and screen picture back about once an hour.

Manufacturer Response:
Dear Vern, Hello, I would like to thank you for taking your time in writing this review. We certainly value your feedback. It is unfortunate that your AIO's screen stopped working after a month of use. Did you make sure the the default custom JPEG/GIFS is the size is 160x128 and limited to 1MB? If you have any questions, feel free to contact me at cl-justin@asus.com and I will help you to the best of my abilities. I'm here to assist our customers with our products and dedicated in bringing a resolution to all issues that they may come across. Your case for reference is #N190606405 Thanks for choosing ASUS Regards, Justin ASUS Customer Loyalty - US Support