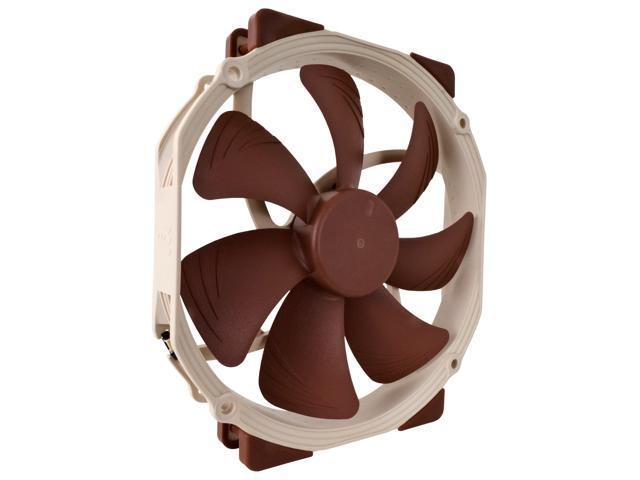 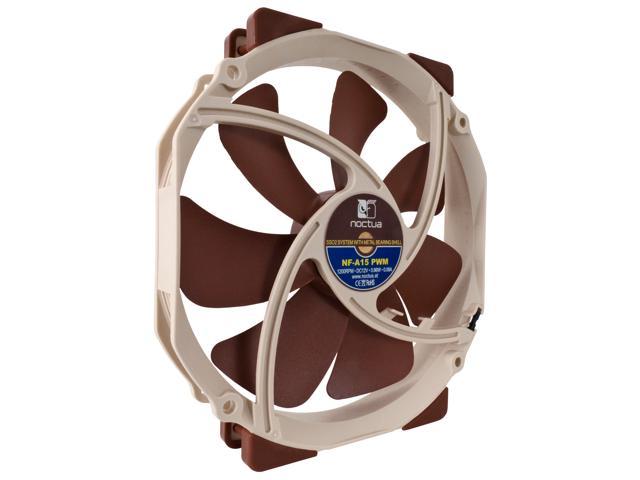 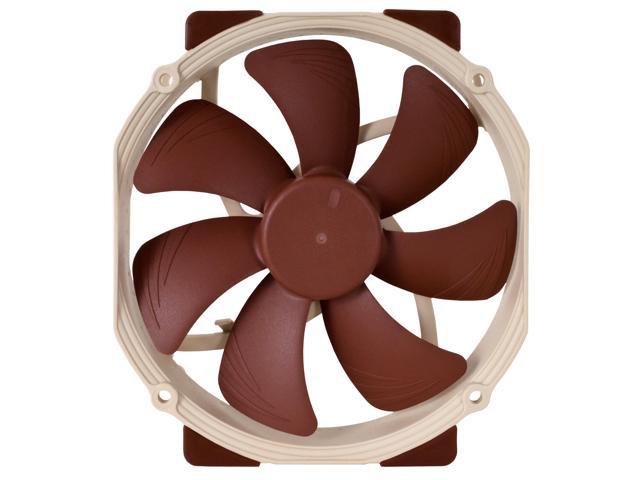 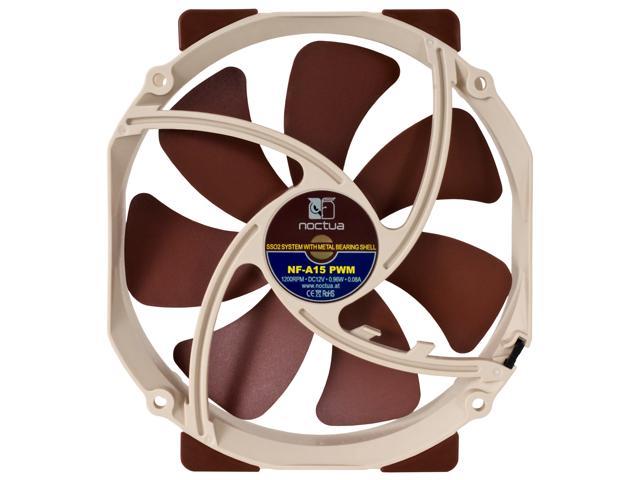 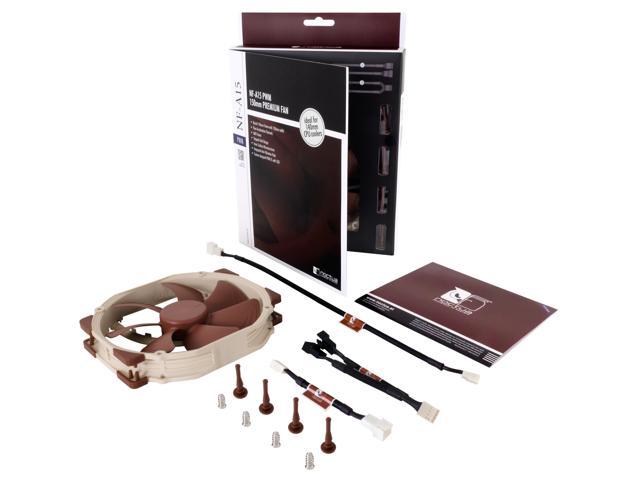 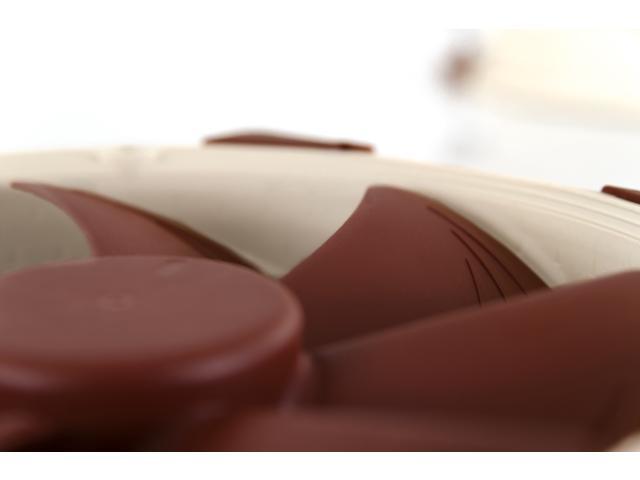 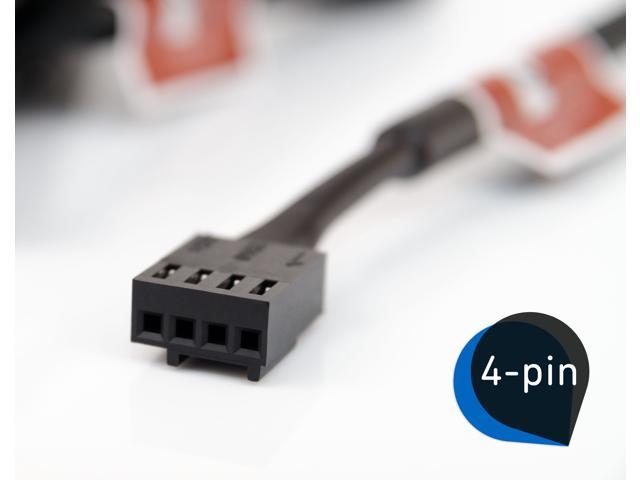 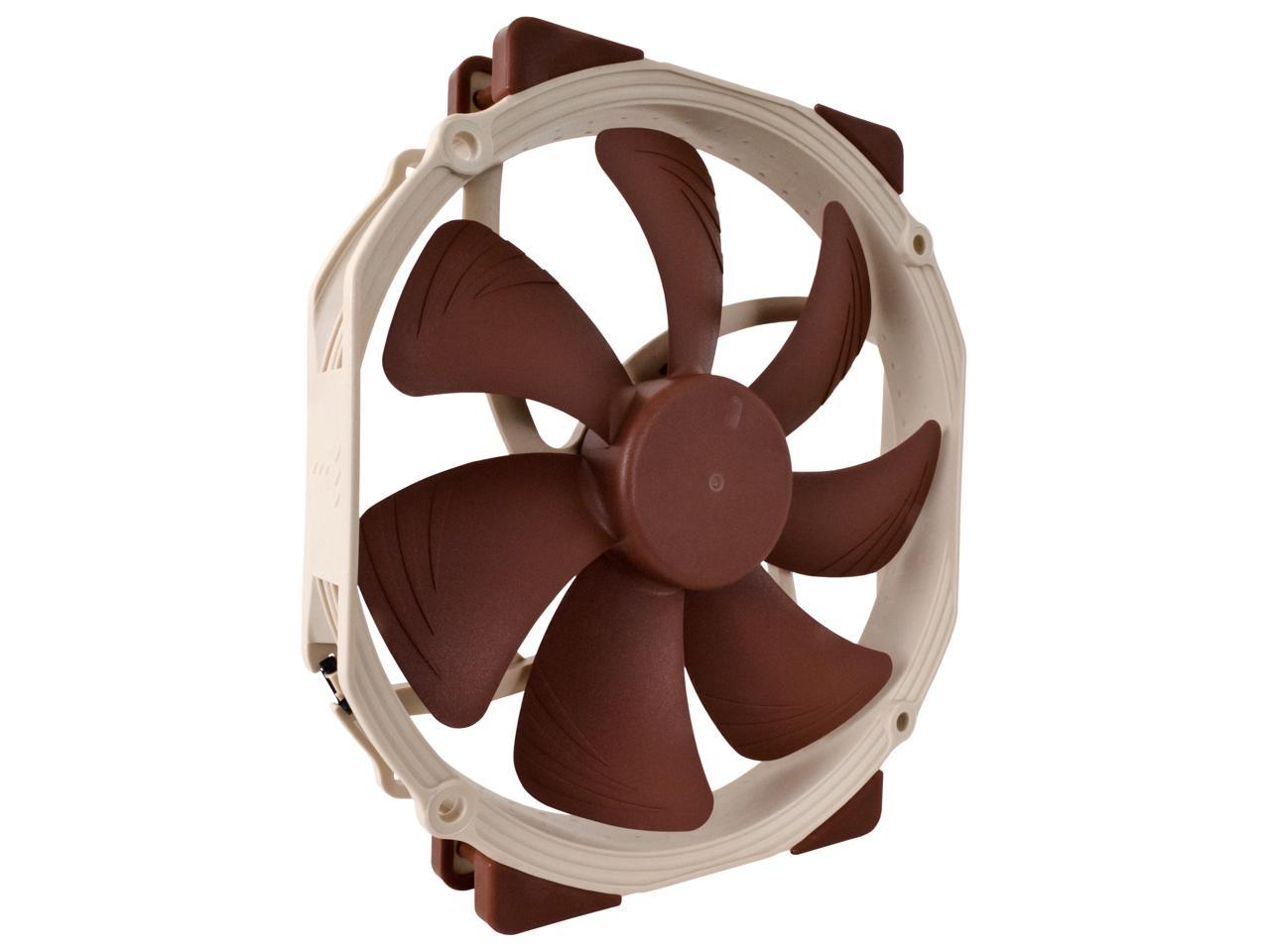 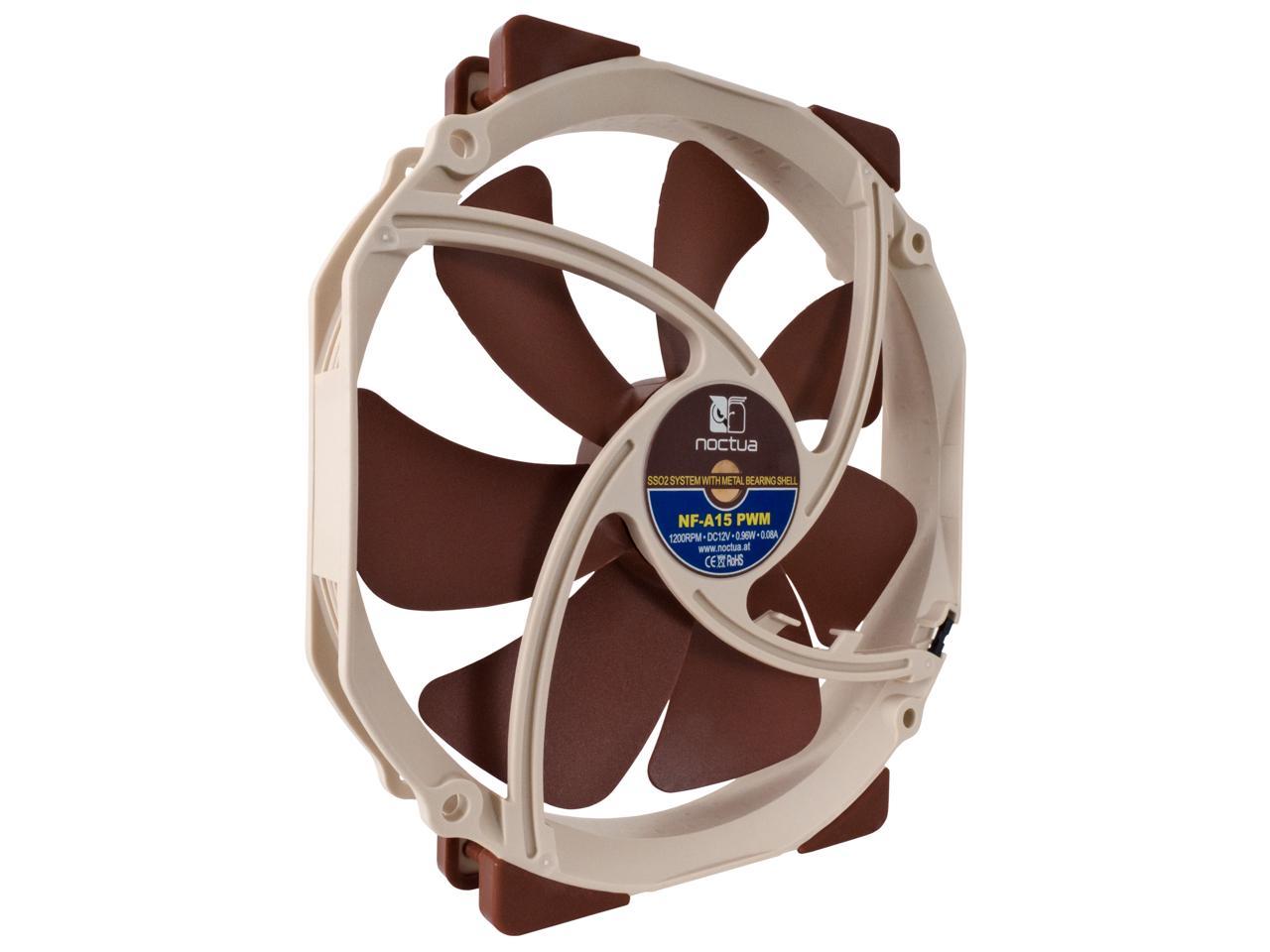 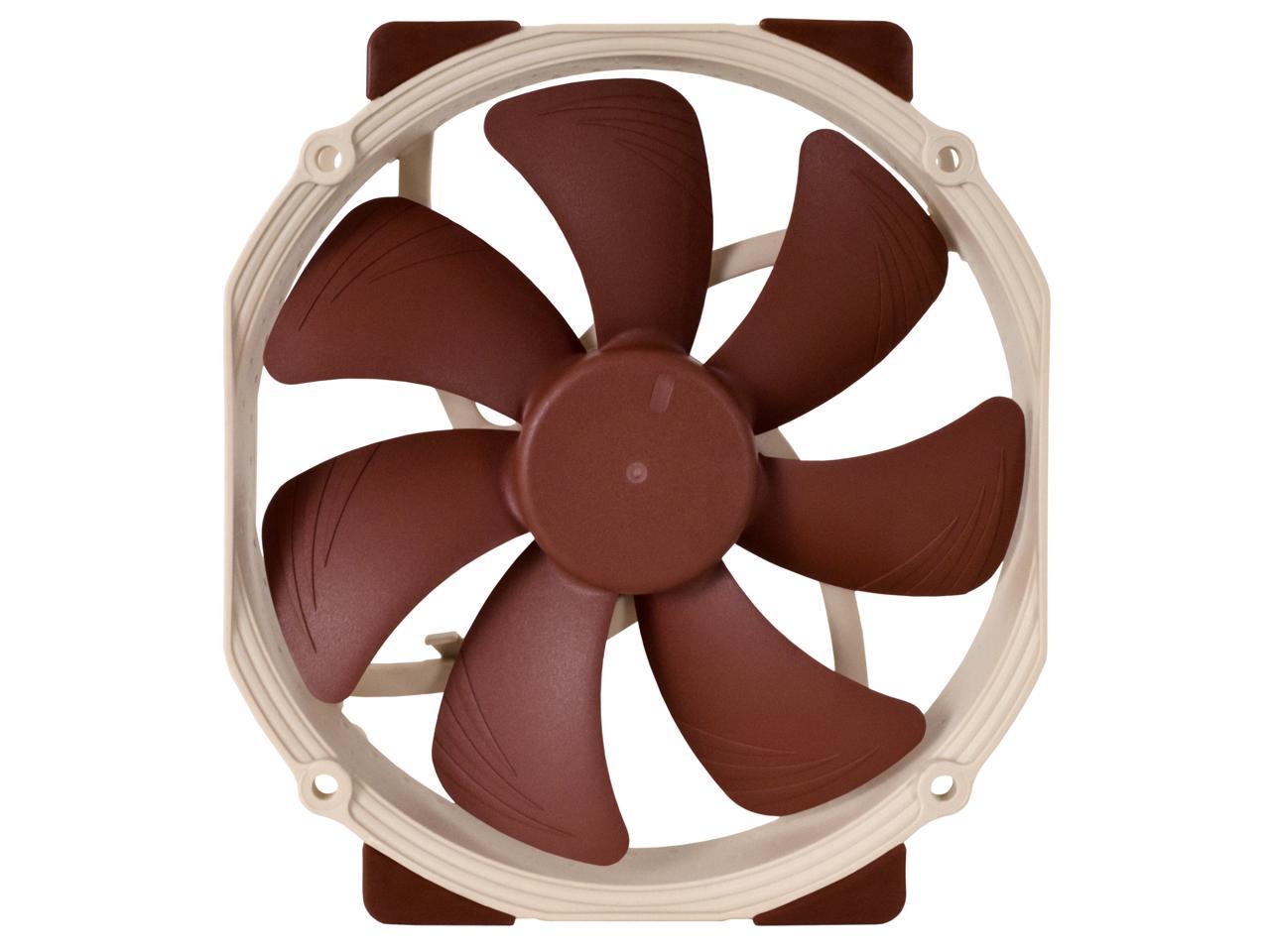 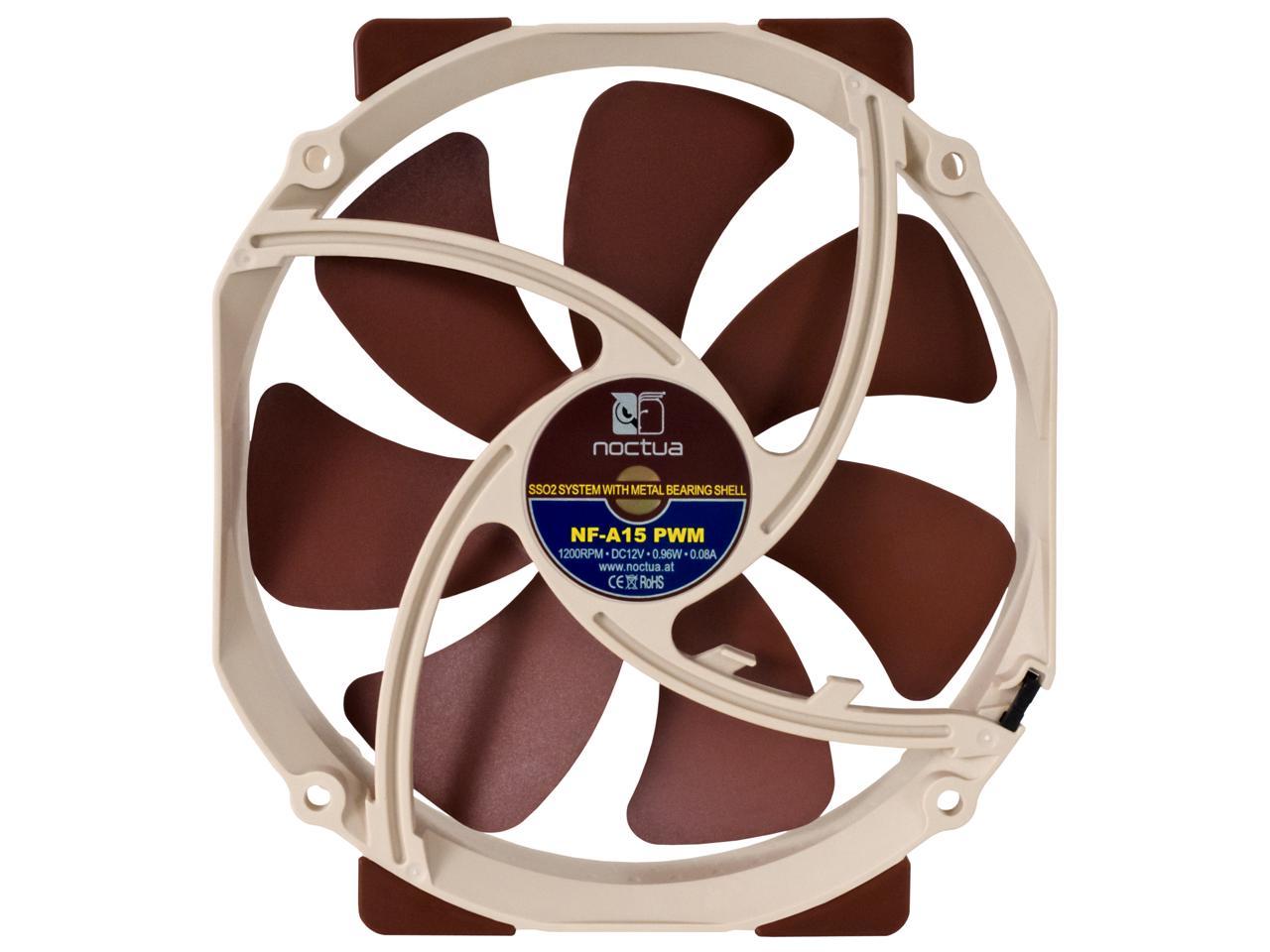 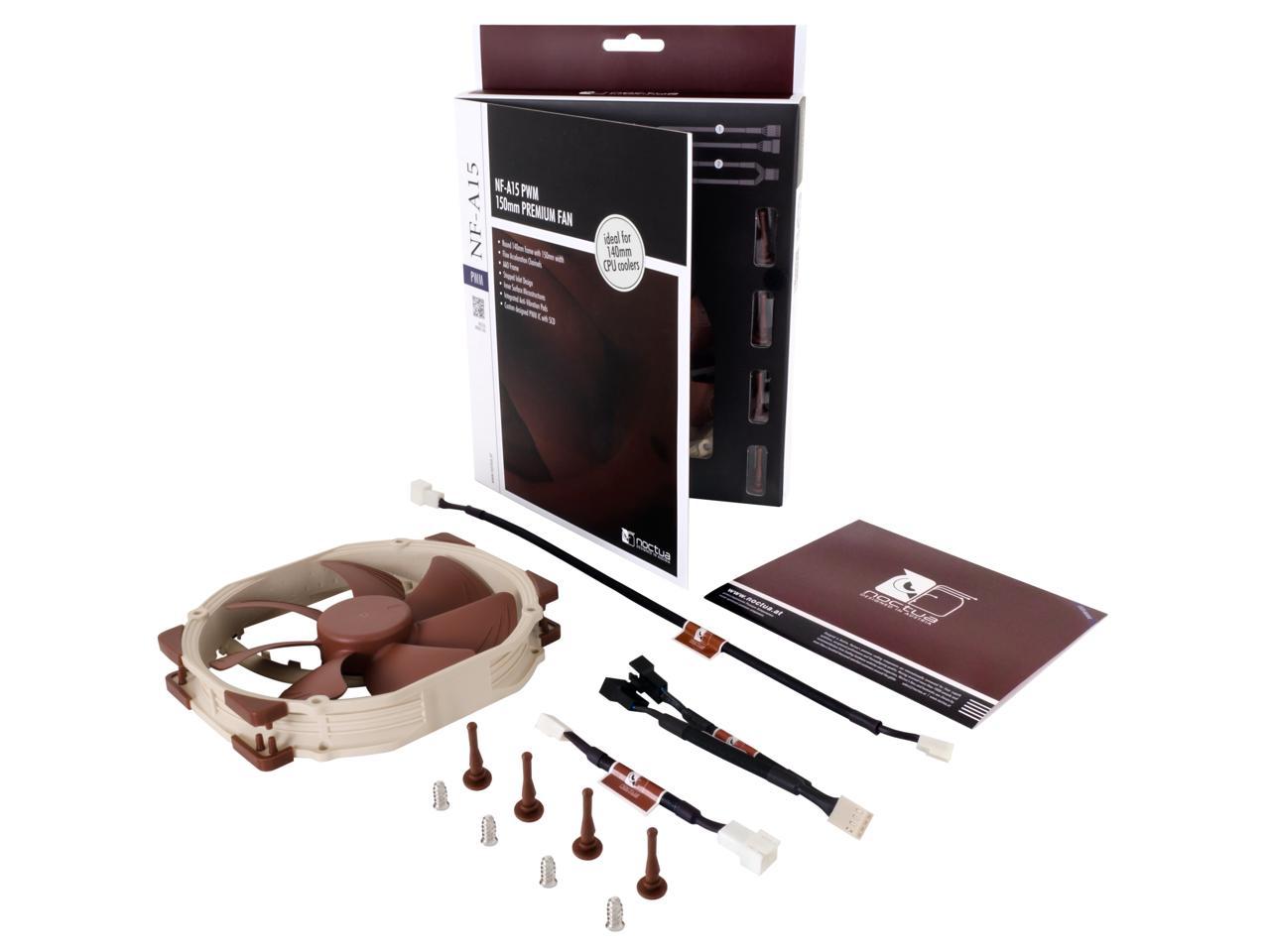 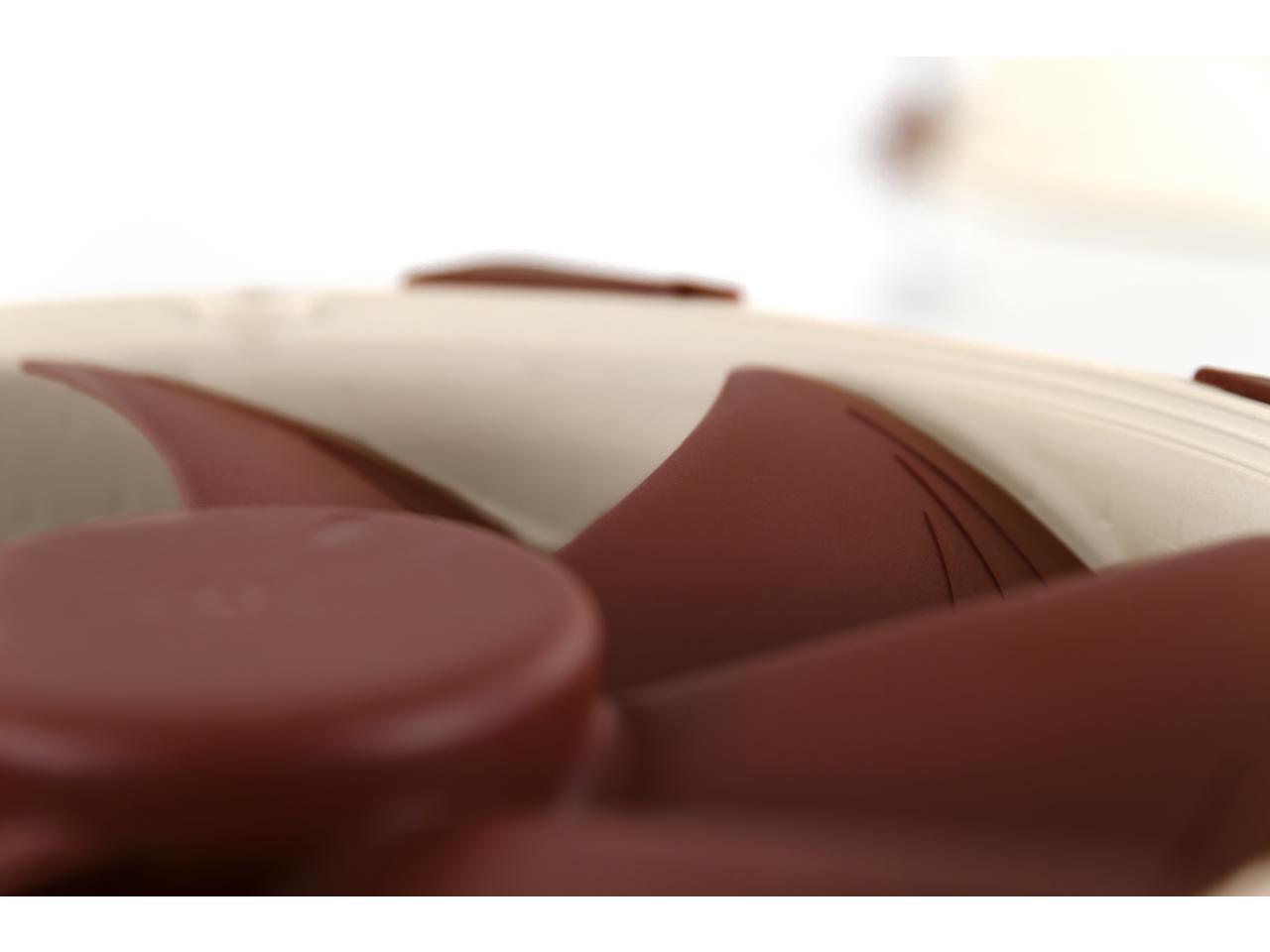 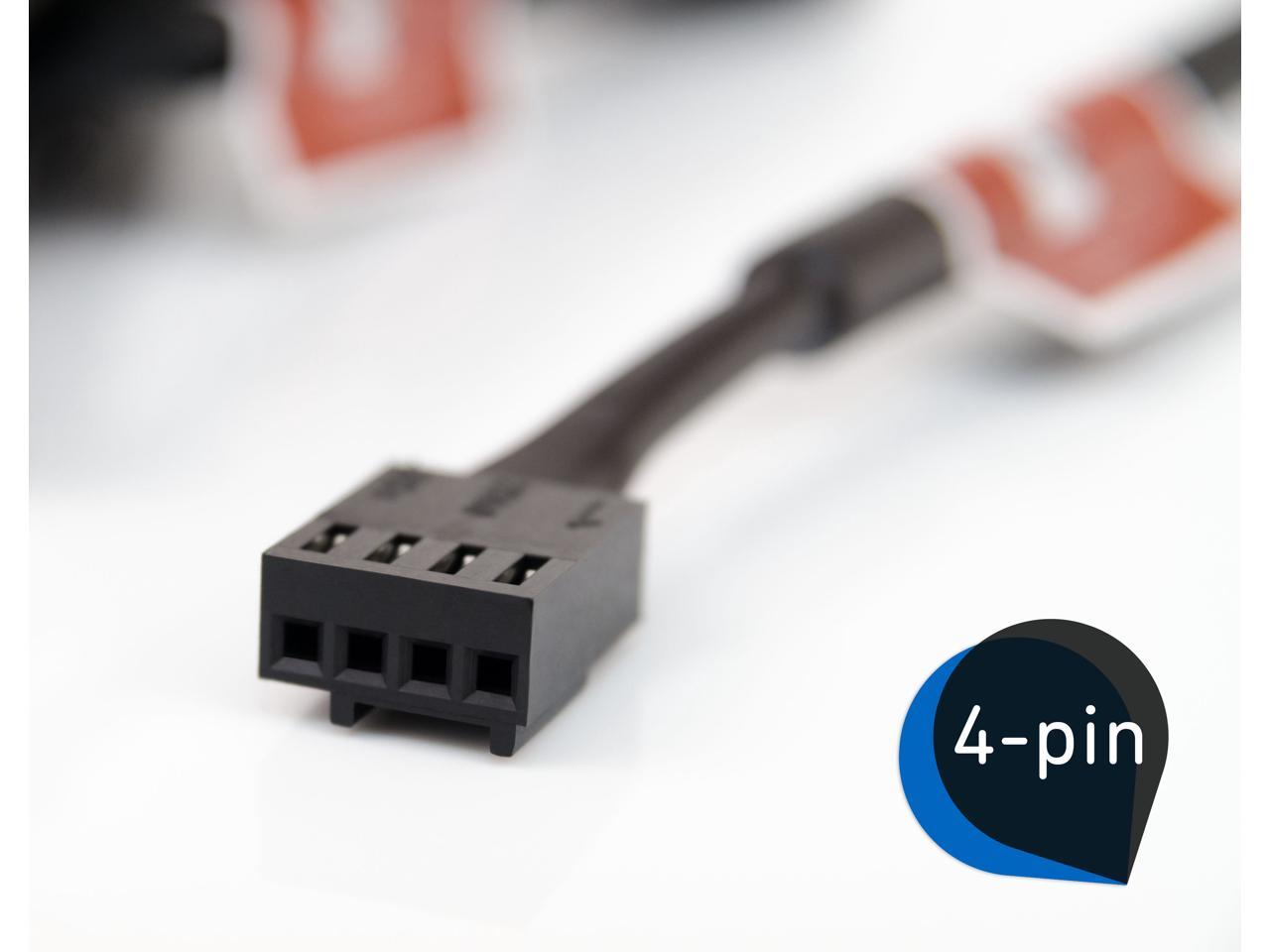 Cons: Mounting can be hard

Cons: Not the same as fans included with coolers despite same model number.

Cons: - No real cons, aside from the fact that you're spending a fair bit just to get rid of the signature Noctua color scheme.

Overall Review: They should have been this way from the start, but whatever. They work. Probably not worth the money but I've always had such good luck with Noctua fans on heatsinks and radiators I decided to stick with them.

Cons: Should already come as default with the D15S Additional uncessary cost if you value aesthetics

Pros: Oversized, quiet, good airflow, really really nice connector accessories. I got 1 of these and 1 of the Noctua NF-P14 FLX 140mm fans to check them out and compare. I love them both but they are (obviously) very different. Let's discuss! First off: my rig is in a Rosewill Challenger. I'm not a Newegg fanboy or anything I just know a good deal when I see one. Let's assume you already understand both of these fans I'm referencing are basically 140mm fans that mount on 120mm holes. Period. This is both a pro and a con but for now, let's just have a moment of silence for how awesome it is to be able to force a bigger fan on a very constrictive mounting size. I suspect in the future the trend will continue and we will see oversized 140mm mount fans that are actually 160mm around or something. I will buy several of those also. So I'm running a good old CoolerMaster Hyper 212 Evo and it *just* barely fits my case, and makes it so you can't use the top of two side panel fan mounts. This particular fan is the best possible component to install in the remaining bottom side panel mounting position. The mounts are just holes drilled in the panel, which is ideal here. Although it doesn't look very nice, I've used the included rubber screw mounts to provide something for the fan to vibrate against without causing the panel to rattle at all, and they are very effective, as were the ones provided with the Rosewill Hyperborea 120mm fan this Noctua replaced. In comparison the Noctua rubber screws are much sturdier but Noctua uses oversized fan mounting screws to accomplish this. As a result you can't use Rosewill's snazzy but brittle black rubber screws on the Noctua. Somehow I suspect 4 black screws to mount the NF-A15 to the panel would be just as effective and quiet, and I will probably test that out soon. The main reason I think this type of oversized fan is perfect for metal panels like this scenario is the integration of the corner rubber silencing dampeners. They rest against the side panel and keep any vibrations to a minimum. The design of this fan actually stiffens the side panel of my Challenger, which is a bit flimsier in concept than practice. It's harder to bend than it seems. Still. This fan is beefy and perfect for this application. I must say, without a big clear panel to view these fans through and against the surprisingly dark matte finish of the Challenger panels and mesh, these fans almost look white--they really don't look bad seen through mesh at all. I read somewhere that Noctua is planning to release upcoming fans in black, and that would be ideal if it is true. The included accessories sealed the deal for me on this particular model. They totally blow the NF-P14 FLX package out of the water, incidentally. I ended up actually NEEDING the PWM Y splitter, which is nicely sleeved, as are the extension and low-noise adapters. The Y splitter is brilliant for side panel installs, which are often hard to reach without overdoi

Cons: If you don't have 120mm mounting holes, this wont work. If you don't have extra space around the mount to accommodate the rectangular shape, this won't work. Colors are odd. Rubber screws are brown. Occasionally unjustifiably priced almost everywhere. Be savvy.

Overall Review: To round out the review, I wanted to highlight the final comparison with the NF-P14 FLX . Where did I end up putting it? On the Hyper 212 Evo CPU cooler. That's really where it made the most sense. This simple upgrade was worth some noticeable change for the better in CPU temps, though I hate to be specific because there were other variables involved. Just looking at the setup it is obvious that placing the P-type (pressure) 140mm fan which has normal 120mm mounts and a completely round shape on the CPU cooler instead of the bulky square-shaped 120mm fan supplied with the Hyper 212 Evo will be much more effective. Not only does it seem like the CPU is happier, but the fan actually seems both to promote better general air circulation in that region of the case (you can actually FEEL it pumping air all around it) AS well AS make the atrocious Cooler Master EVO heatsink a bit more interesting to look at. It kind of swallows one side of the block, so I think a second would almost hide the thing and make it look like a fan sandwich. I'm so going to do that. Anyway, as I stated earlier, both this NF-A15 PWM and the NF-P14 FLX (which isn't PWM but quiet at full speed so who cares) are fantastic, but very different and for different applications.

Overall Review: Turned my Noctua NH-D15 into a blacked-out NH-D15 with the help of the chromax heatsink covers.

Pros: * Noticably quieter than my other 1200 RPM fans while moving a similar amount of air. Noctua has really perfected the art of fan design. * 140MM moves a ton of air even at lower RPMs. * 4-pin PWM connector to make fan speed control a breeze. * Lots of extras included: Y-Connector and anti-vibration screws.

Cons: * The anti-vibration mounts might cause space problems in some chassis. * Ugly brown/tan color (not the new black design). * Power cable seems a bit short.

Overall Review: This fan is 1200 RPM. On a related note, the NF-A15's included with the Noctua NH-D15 CPU Heatsink are 1500 RPMs. There's a more detailed explanation on Noctua's website, they claim the NH-D15 needs higher RPM for CPU cooling. As far as I can tell, it's impossible to buy the 1500 RPM NF-A15 model, which is somewhat disappointing. This isn't a PRO or CON but something some people should be aware of. I don't really understand the practical purpose of the square-shaped anti-vibration mounts on the side. I suppose in some situations you might want to orient your fan that way and it will reduce noise and/or make the mount itself more secure. Either way, I own three of these fans and I'm still not fully certain how useful they are. That aside, Noctua is truly the premium of premium when it comes to fans and coolers. You will not be disappointed with ANY Noctua products you get your hands on. Been a happy customer of theirs since 2006, now owning 6 Noctua fans in total.