UNAVAILABLE FOR KUWAIT Shipping Limitations
Sold by: Newegg
Shipped by Newegg
This item is currently out of stock and it may or may not be restocked.
UNAVAILABLE
Add To Wish ListFound on 2 wish lists 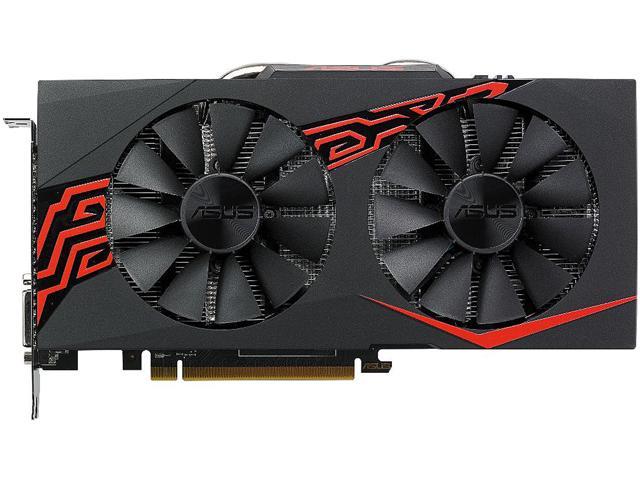 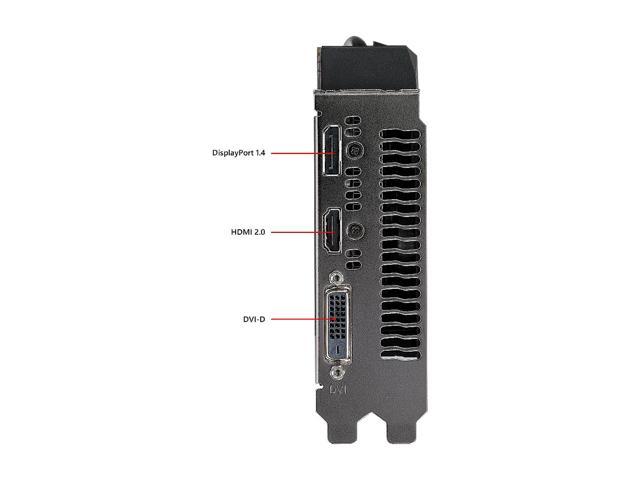 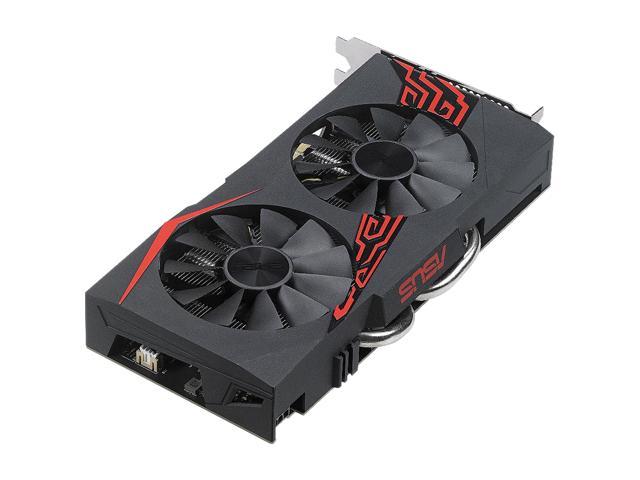 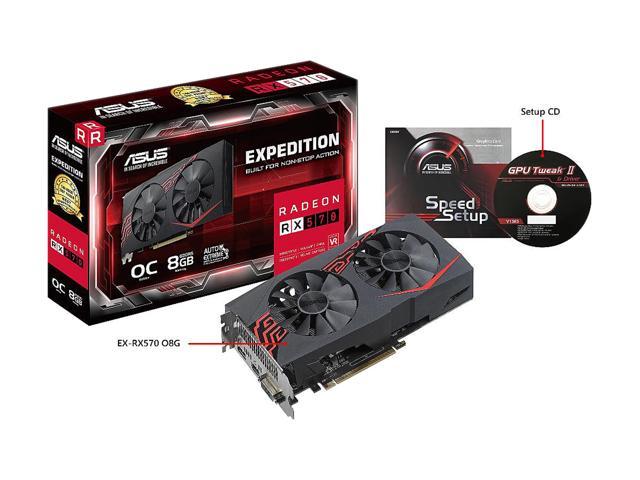 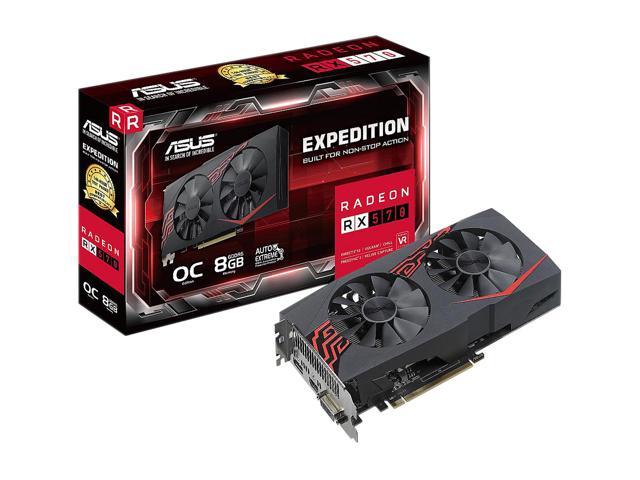 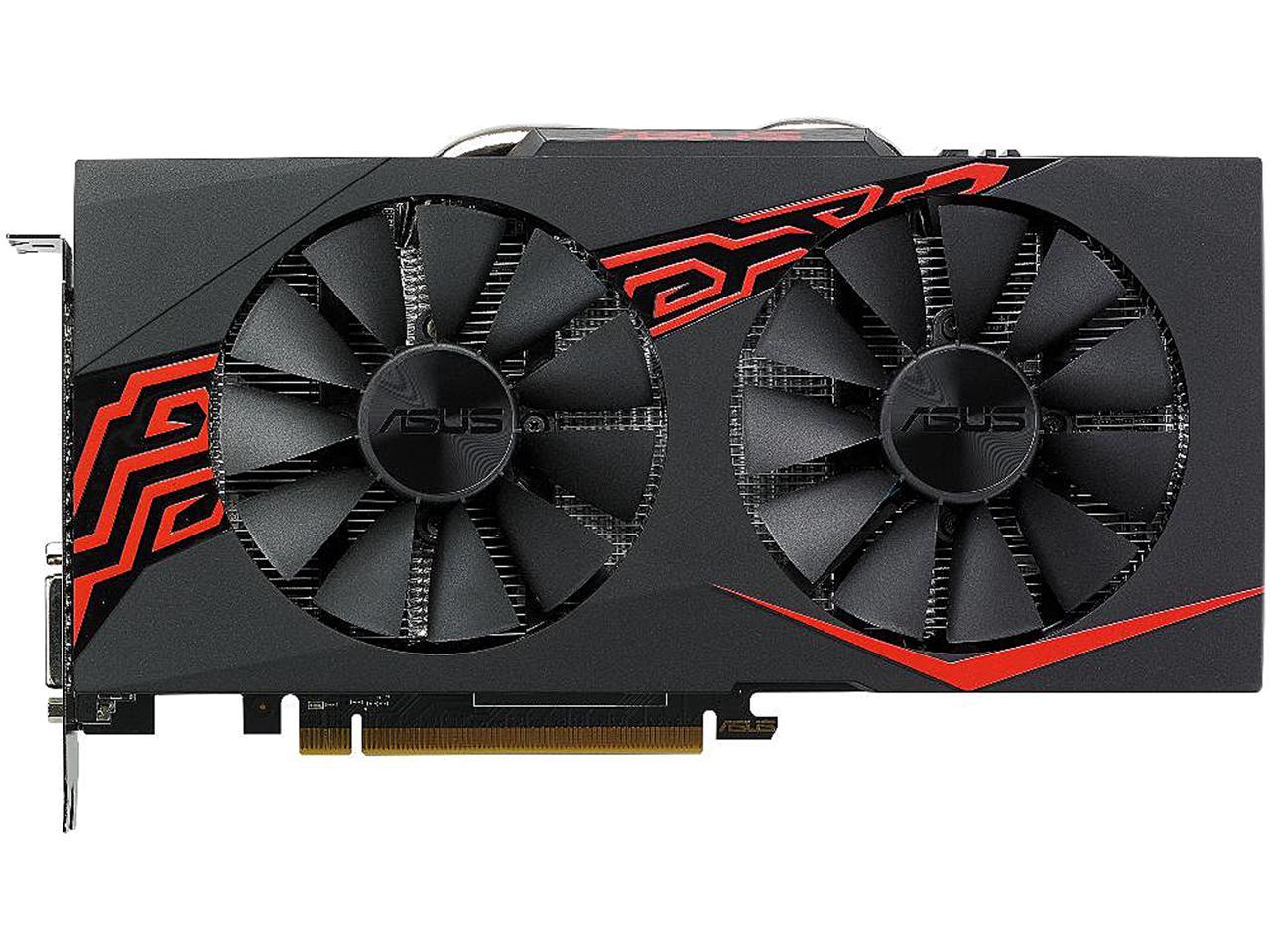 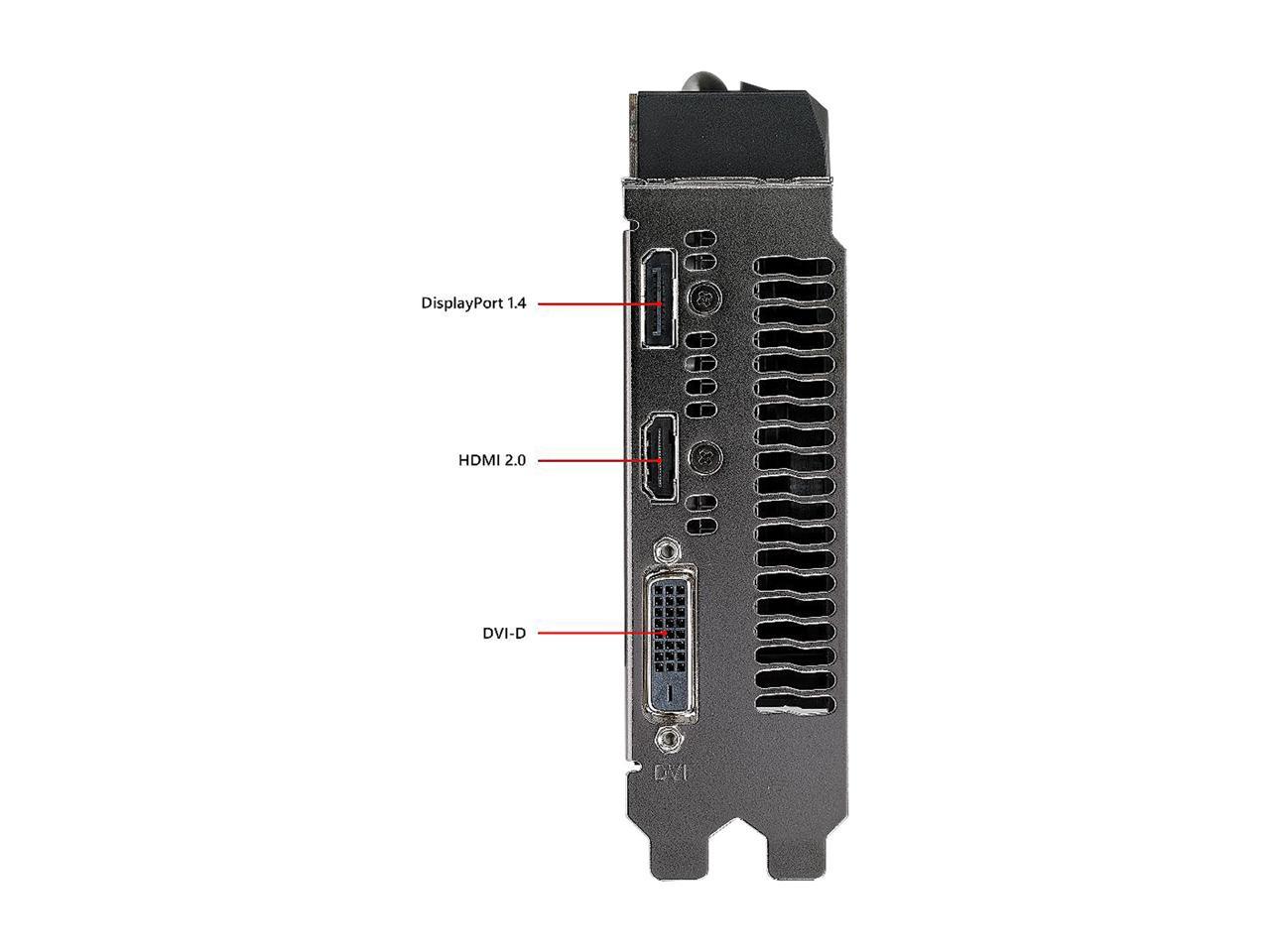 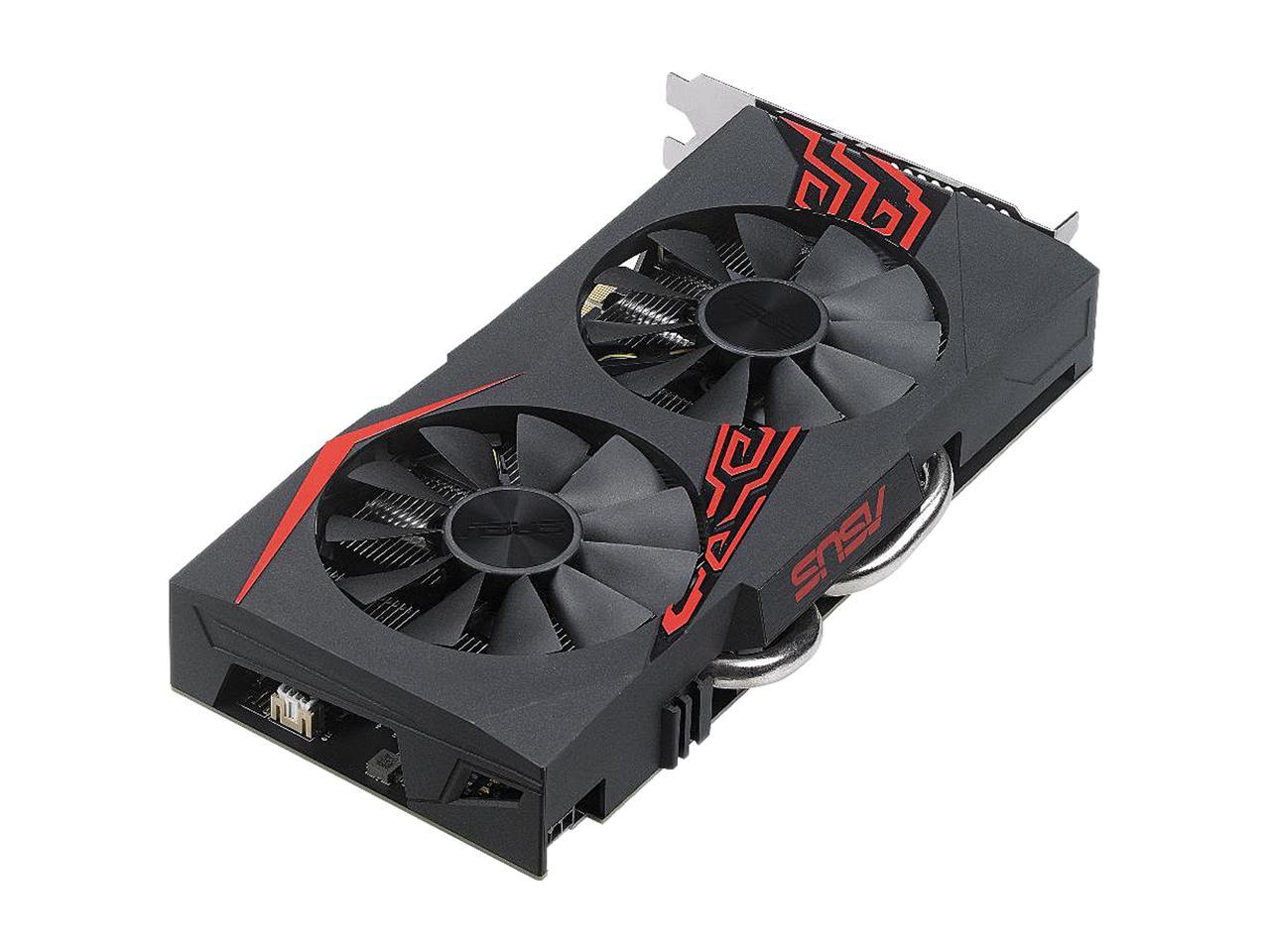 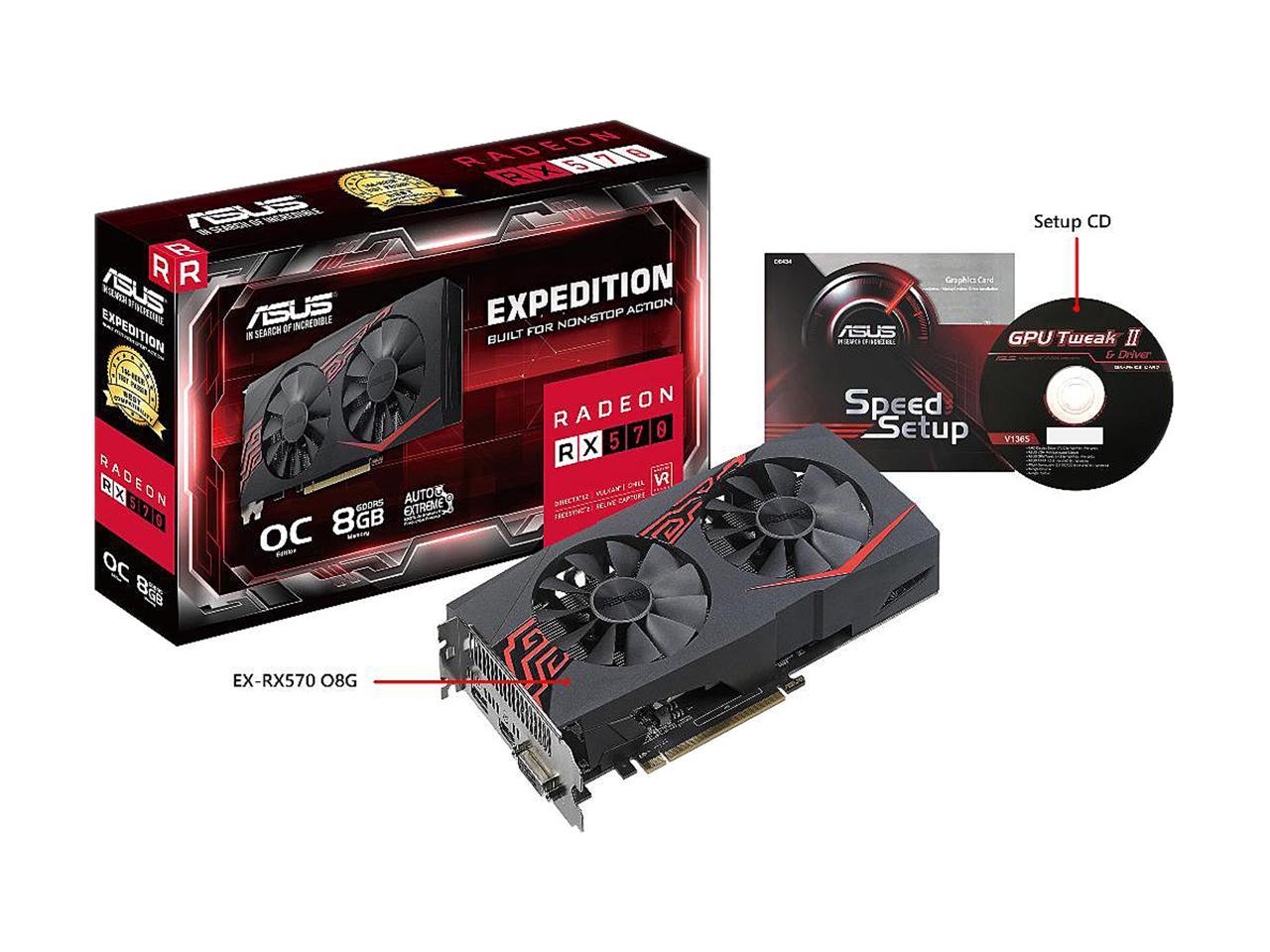 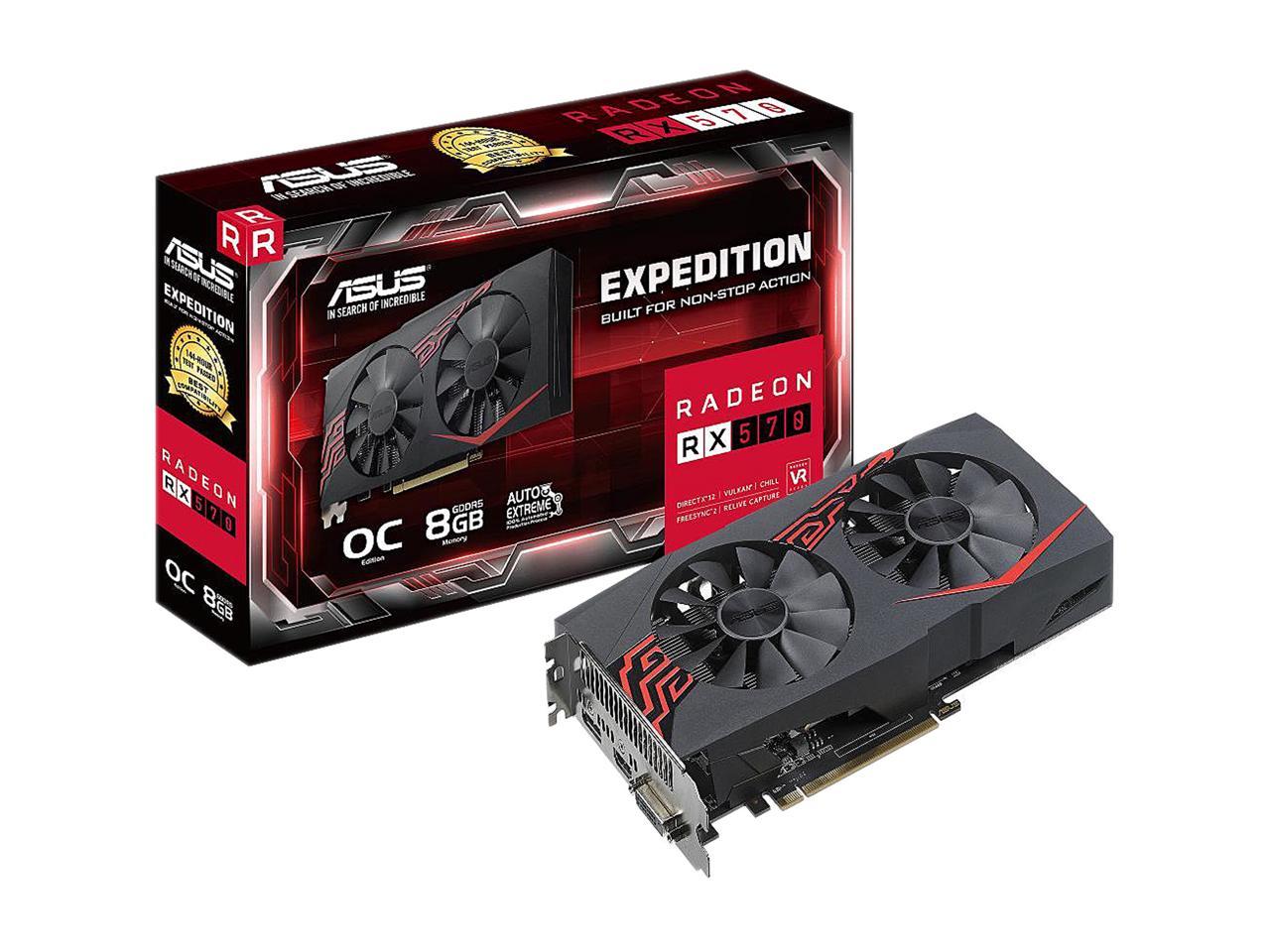 Learn more about the ASUS EX-RX570-O8G

Pros: Does what it is supposed to.

Overall Review: I was a little concerned by how little the card weighs, clearly an all aluminum heatsink. However, cooling seems to be adequate as card runs around 55 - 60 C under load.

Cons: -For the past 2-3 months it will occasionally just turnoff my display, guessing from overheating -Doesn't seem to get higher than 100 FPS only on low settings or games like Minecraft (might as well just use a console)

Cons: Could've asked for a longer lifespan, because like all the other reviews, this unit lasted less than 3 months with me.

Overall Review: Would not recommend, product failed after 3 months

1 out of 1 people found this review helpful. Did you?
Manufacturer Response:
Dear Victor C., Thank you for taking the time out to share your feedback with us. Please accept our apologizes for the issue that you have experienced with the graphic card failing after only 3 months. This is not the type of experience we intend for our customers to have. We do ensure that all our products are made from good quality material and that they go through an intensive quality control testing process and inspection before they are sent out to our various re-sellers. Can you provide us with a brief description of the issue that you having with the card? Is it that you are unable to get any display? Have you tried re-seating the graphic card or testing it in a different PCIe slot or motherboard? If the card shows no signs of life we would recommend having it sent in to us for servicing. If you would like to discuss this further please email us at customerloyalty@asus.com and use the link to this review as a reference. I do look forward to your response and please have a wonderful day. Thank you for choosing ASUS Best Regards, Abigail ASUS Customer Loyalty US Support
abdulelah a.
Ownership: 1 month to 1 year
Verified Owner
Suddenly stopped working after 4 months9/7/2019 8:23:24 AM

Pros: it works well as a place holder gpu until you decide to buy another one

Cons: Stops working without any signs of stagnation

Overall Review: Worked well until it decided to die.

1 out of 1 people found this review helpful. Did you?
Manufacturer Response:
Dear abdulelah a., Thank you for your feedback. I'm sorry to hear that you have been having issues with your graphics card, please accept my apologies. This is absolutely not the type of experience we want any of our customers to have. Do you have a spare GPU you can use in your system to verify the source? ASUS provides warranty coverage in order to fix or repair any product that may stop working prematurely under normal usage. We have an Online RMA tool you can use, or you can shoot me an email for further support. For a 4 month old GPU you should be well within warranty. If you have any general or technical questions, please email me at cl-lane@asus.com and include a link to this review for reference. Thank you for choosing ASUS! Best regards, Lane ASUS Customer Loyalty – US Support

Pros: - Fast shipping. - I was getting better frame rates than what the APU was doing.

Cons: - Was experiencing random crashes a few times a week while playing games and watching videos the last two months. - Card finally died today, only 4 months after getting it.

Overall Review: I would not recommend this card. As with other reviewers, this card died after not having it for long. Bought it in May 2019, died August 2019. My system crashed, again, today, but then would not even post with the card installed. Pulled the card out, the system booted fine. Put the card back in, the system would not even post. Pulled the card out again, the system booted just fine, even survived a Time Spy stress test. Put the card back in again, system would not post. This is the first Asus product that has died on me. :(

1 out of 1 people found this review helpful. Did you?
Manufacturer Response:
Dear Kajun T, Thank you for taking the time to post your feedback on this model and for being one of our valued customers, we truly appreciate it. Firstly, we are terribly sorry that your device died and for the inconvenience this may have caused. We understand your disappointment with the device and its performance. ASUS products undergo intensive quality control testing and final inspections for both hardware and software before we send it out to the stores worldwide. ASUS provides warranty for the unit in order to fix or repair any isolated factory escape defect. Please allow us to make your experience a better one. We are recommending to have the unit sent in for servicing. We truly appreciate your feedback. For further inquiries please feel free to reach out to us at: customerloyalty@asus.com and provide this link for reference. Our customer loyalty department is dedicated to bringing a resolution to all issues related to our products. Have an extraordinary day. Thank you for choosing ASUS Best Regards, Lamoya ASUS Customer Loyalty US Support
Anonymous
Ownership: 1 month to 1 year
Verified Owner
After nine months it died3/6/2020 4:57:42 AM

Pros: It was a good experience for nine months

Overall Review: I hope that I get any response from the seller and get my video card fixed

Did you find this review helpful?
Manufacturer Response:
Dear Valued Customer, It is unfortunate that your video card is no longer working after 9 months of use. Have you tried remounting your video card and checking its power connectors? Fortunately, you can submit an RMA at http://www.asus.com/us/support. ASUS offers 3 year warranty on our video cards. If you have any questions or concerns, feel free to contact me at cl-justin@asus.com and I will help you to the best of my abilities. I'm here to assist our customers with our products and dedicated in bringing a resolution to all issues that they may come across. Your case for reference is N200324636 Thanks for choosing ASUS Regards, Justin ASUS Customer Loyalty - US Support
Philip S.
Ownership: more than 1 year
Verified Owner
One issue, won't wake2/5/2020 4:13:45 AM

Cons: I just put this in a new MB/setup guessing old board's pcie 2 limitation was causing some weird c or s state wake issue (left a glowing review just the other day for the card), but the card still will not wake with the new Asus tuf pcie 3/4 MB and ryzen 7 I just built. Not a "I wasted my money a year+ ago" kinda problem, more of an annoyance. I just have to turn off sleep states.

Overall Review: A disappointing device from ASUS has been rare for me and I've been building machines with their hardware for 25 years now. If ASUS is reading this, I know they are no longer manufactured, but if you happen to have a tested refurbish or better, I wouldn't say no.

Cons: Obvious QC issues seeing as to how many reviews state the card died prematurely.

Overall Review: ASUS lost some trust for sure.

Did you find this review helpful?
Manufacturer Response:
Dear Nathan, It is unfortunate that your video card is no longer working after 6 months of use. Can you elaborate on what is happening? I would like to do some troubleshooting with you if you're interested. I can be contacted at cl-justin@asus.com. I'm here to assist our customers with our products and dedicated in bringing a resolution to all issues that they may come across. Your case for reference is #N200199966 Thanks for choosing ASUS Regards, Justin ASUS Customer Loyalty - US Support