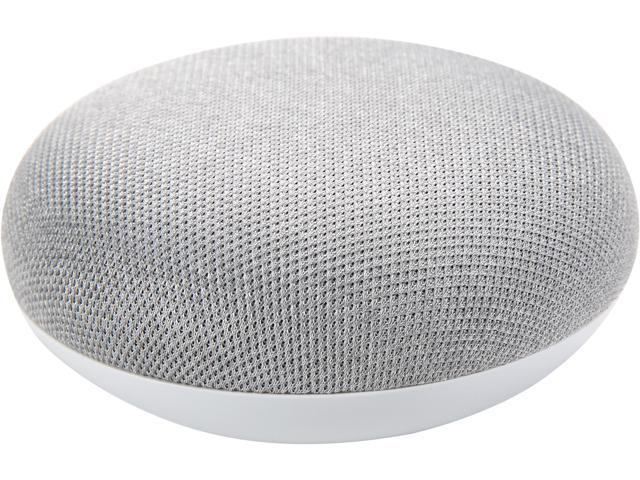 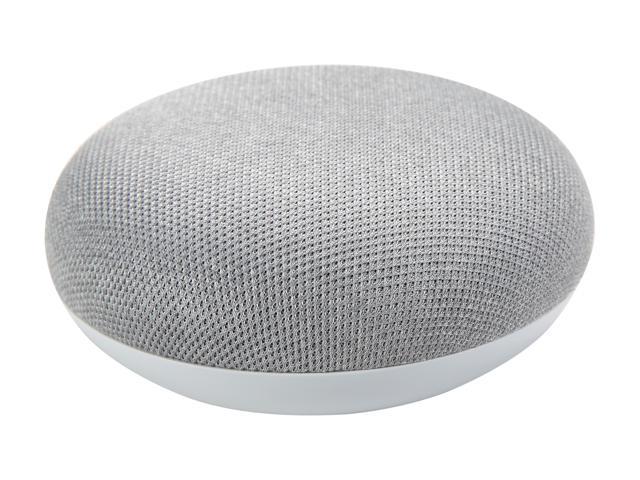 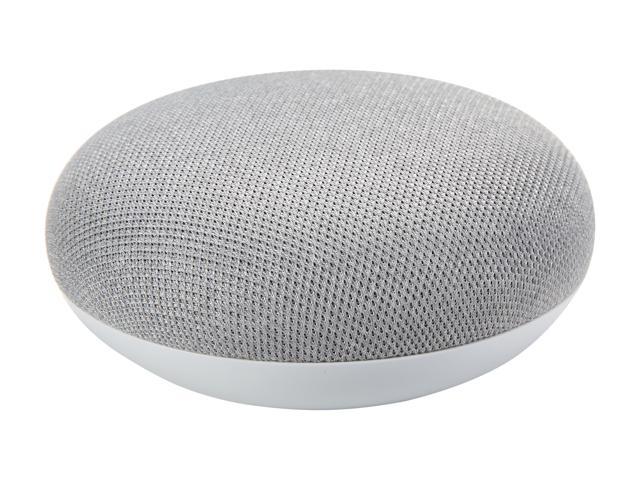 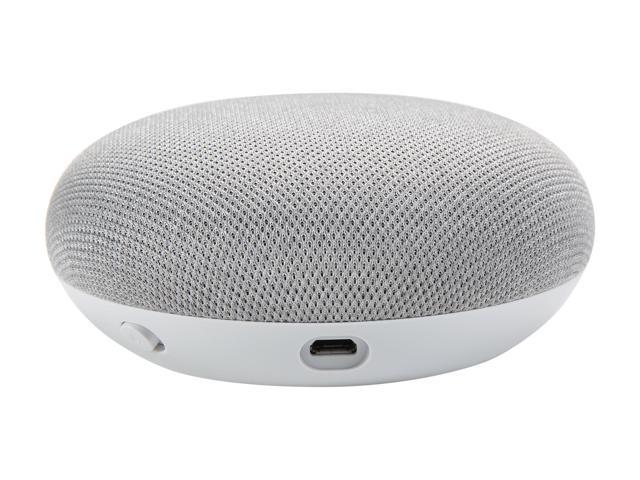 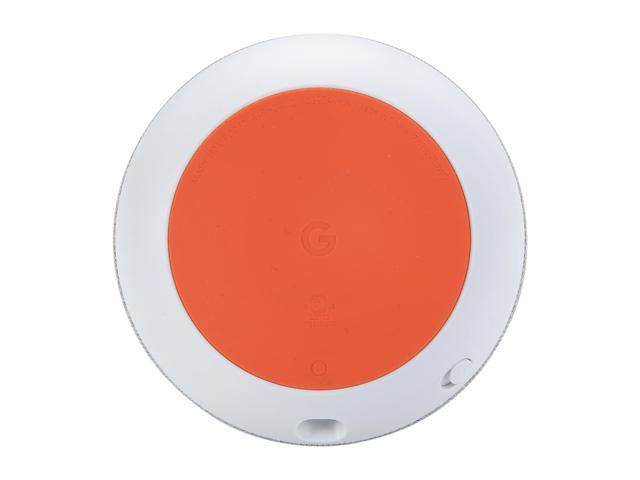 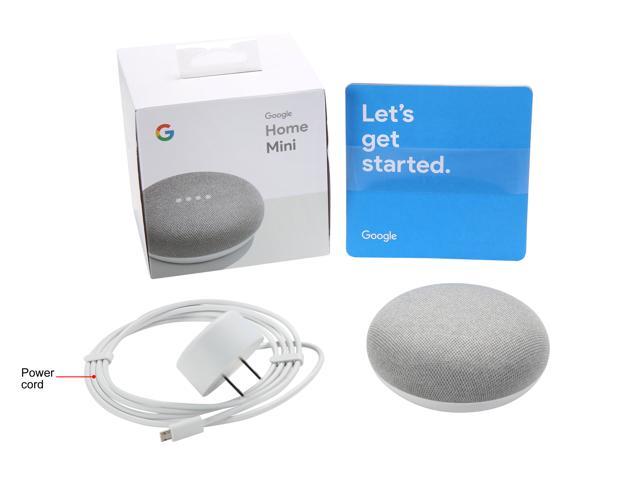 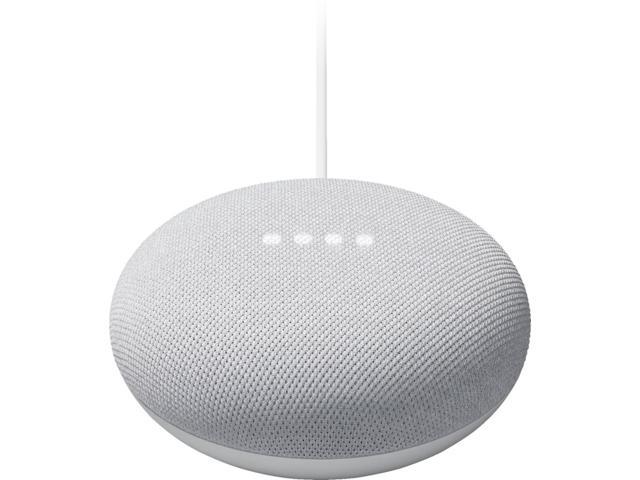 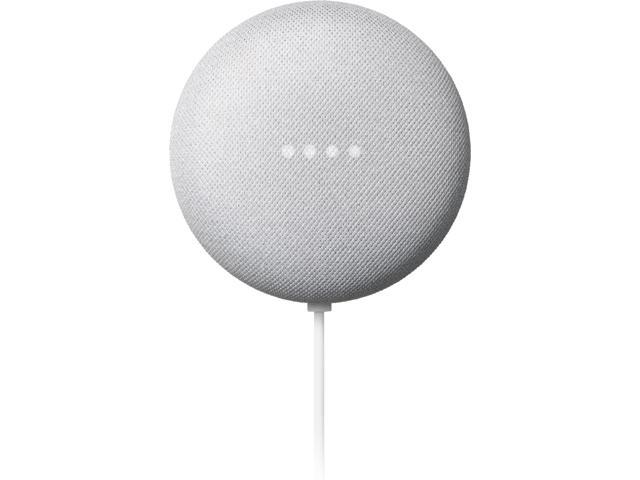 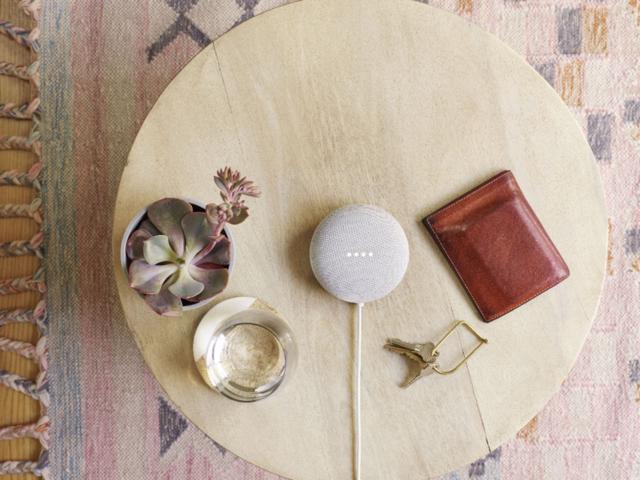 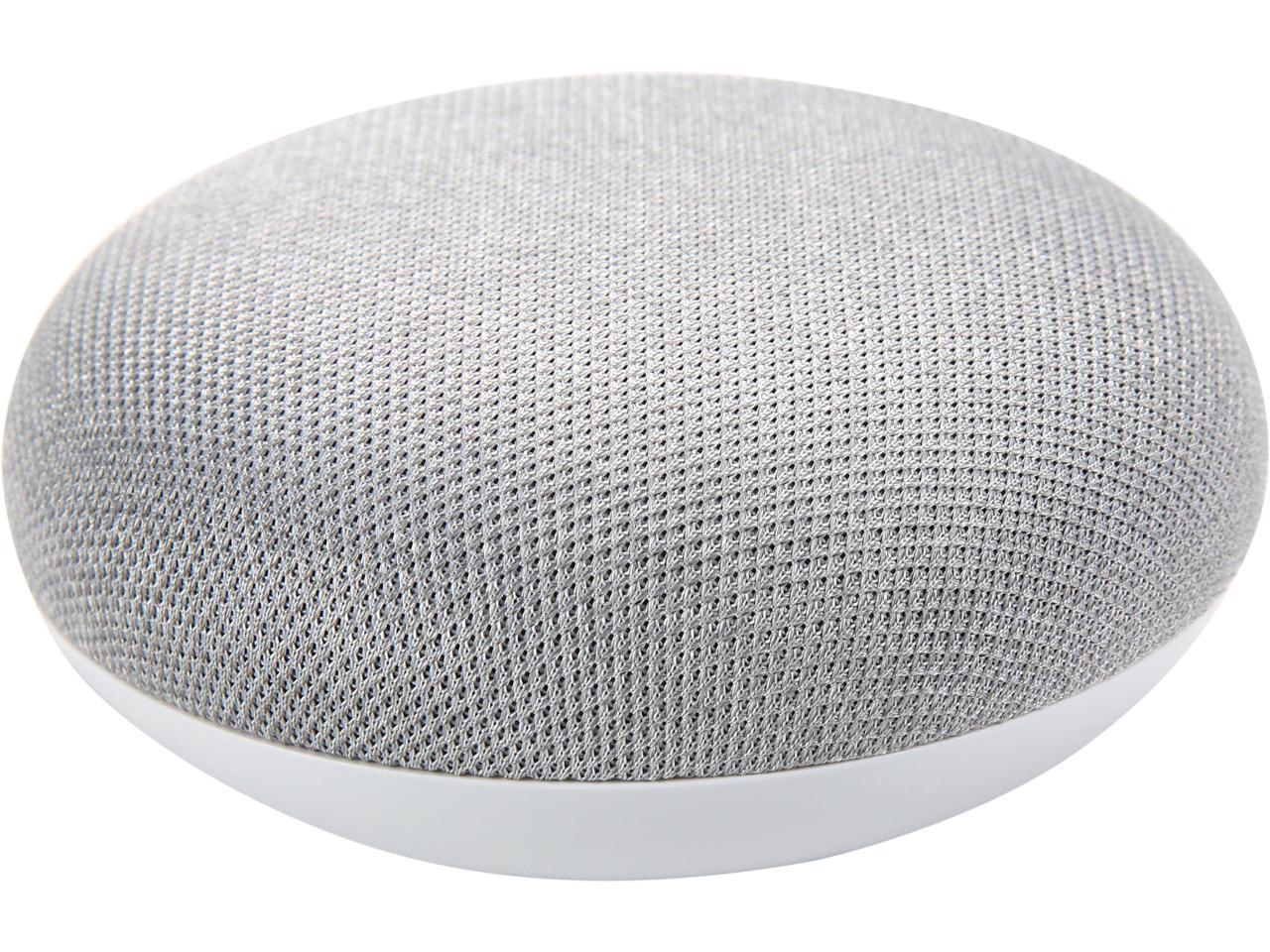 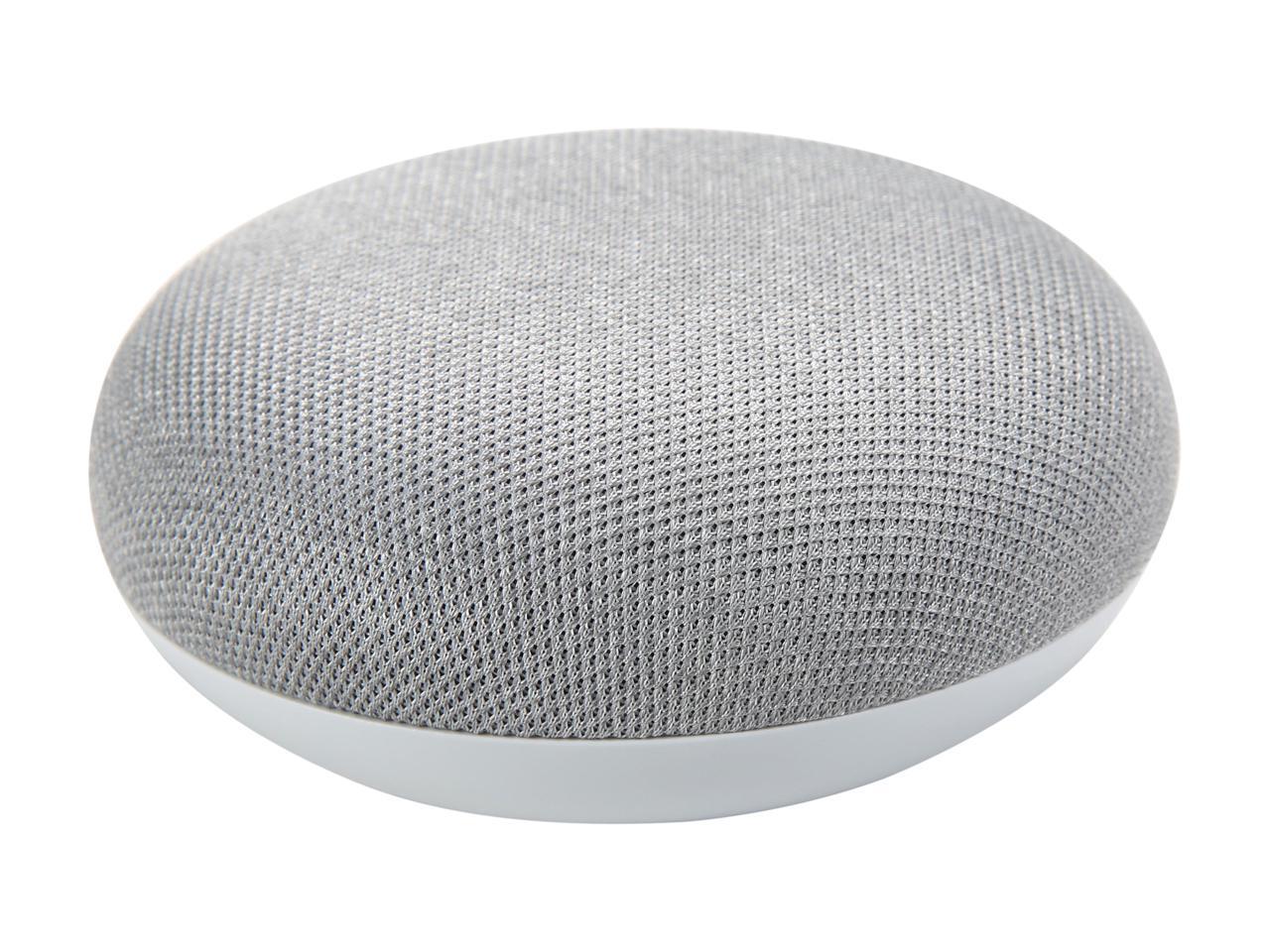 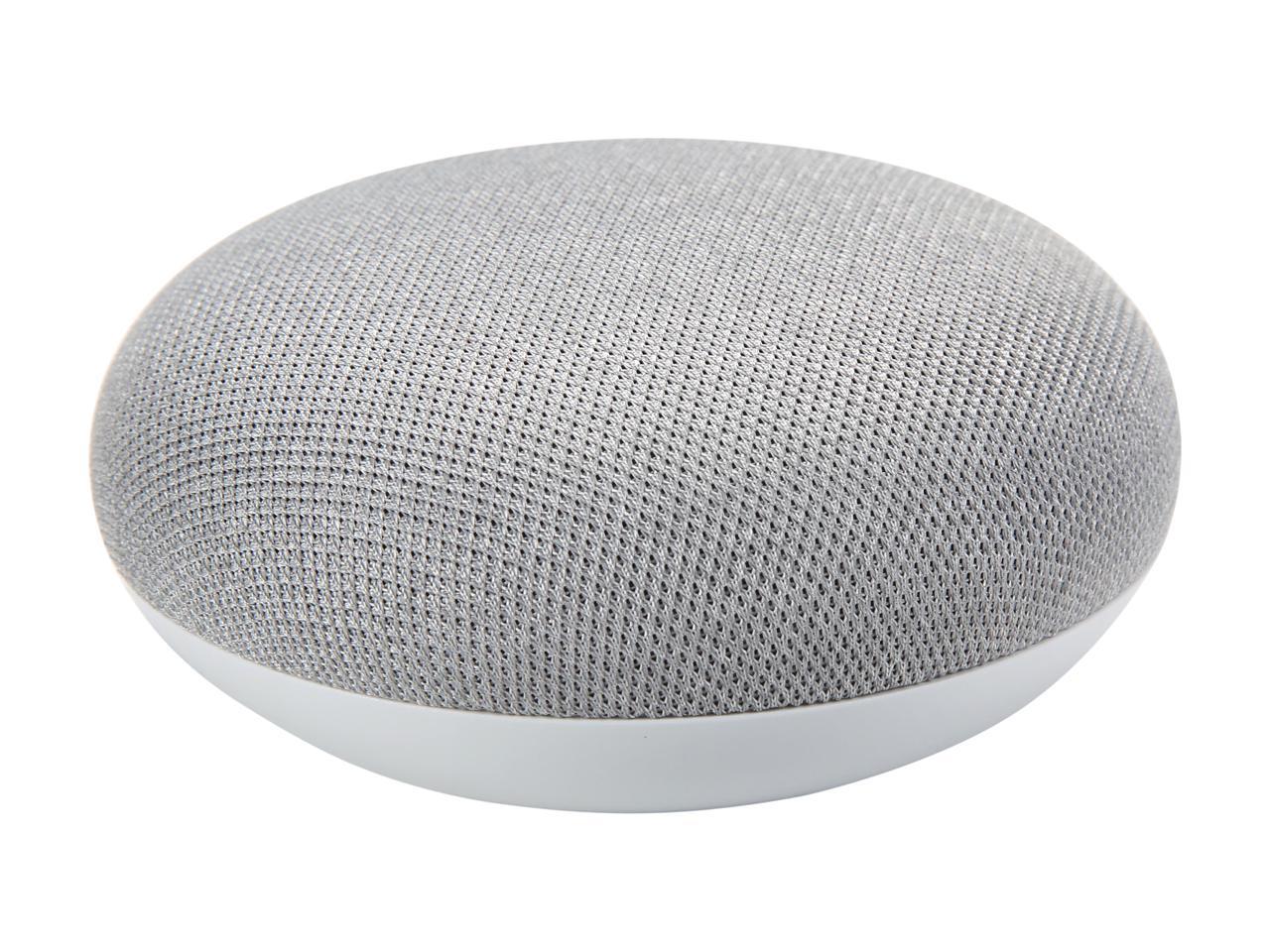 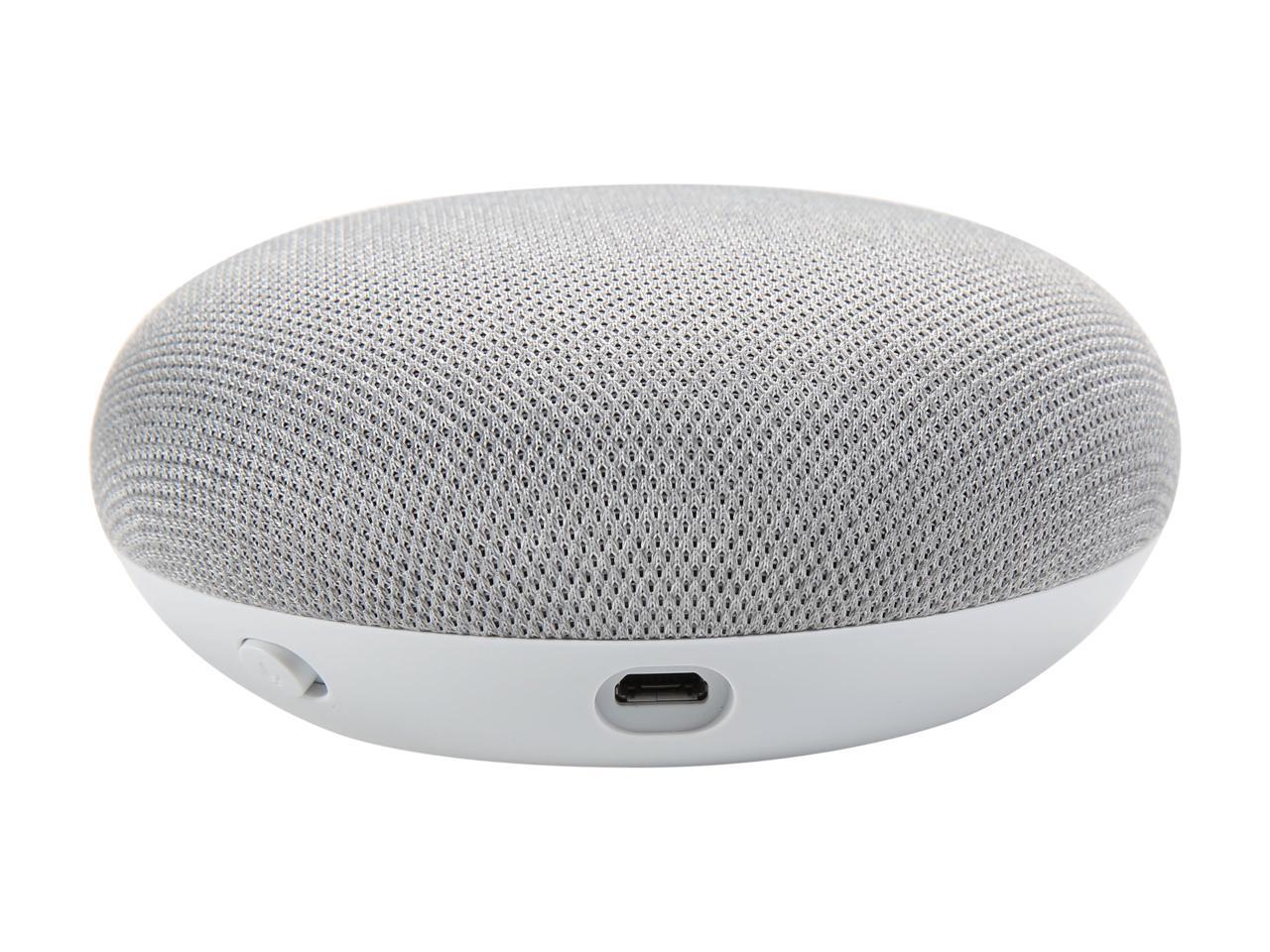 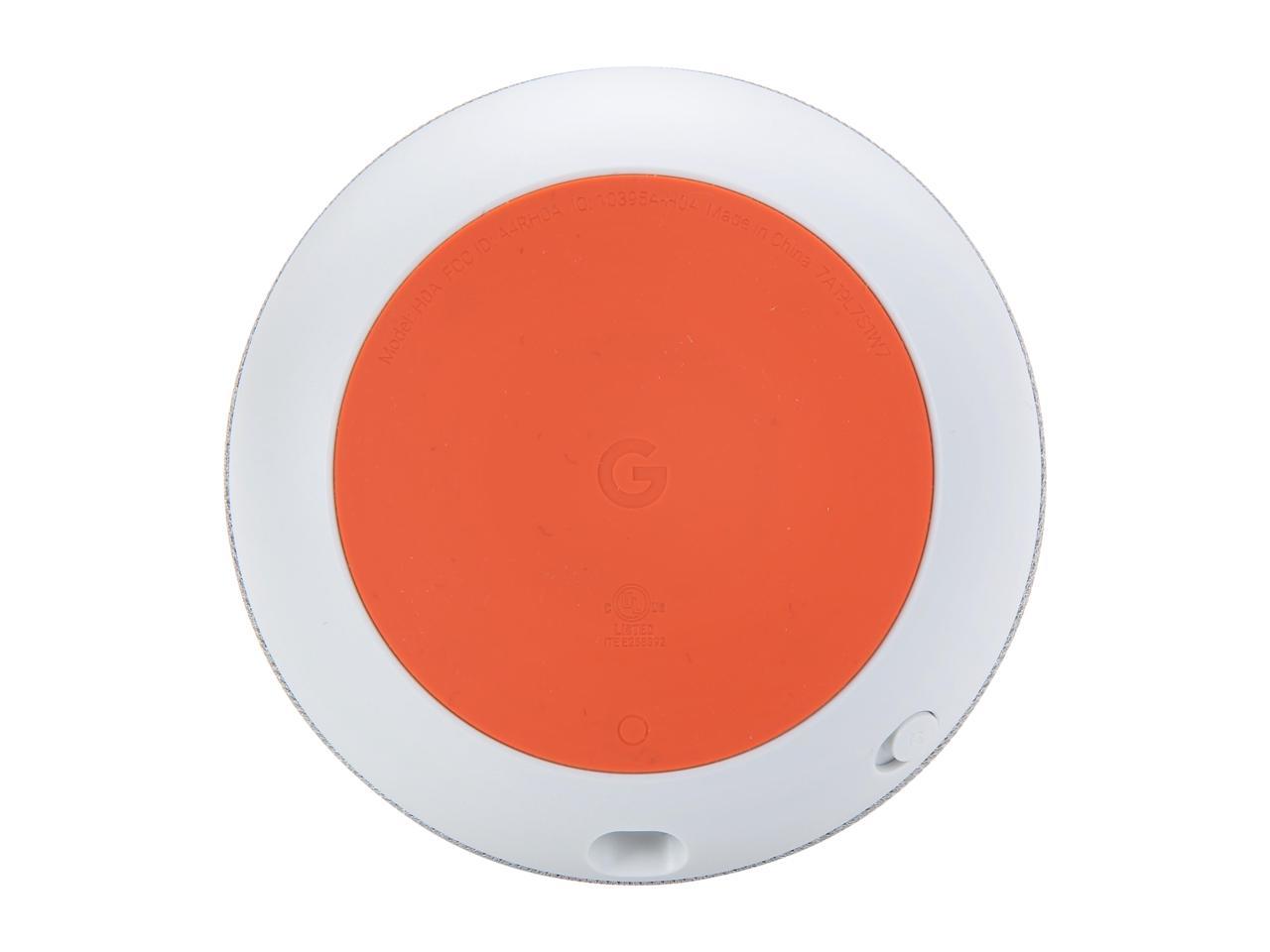 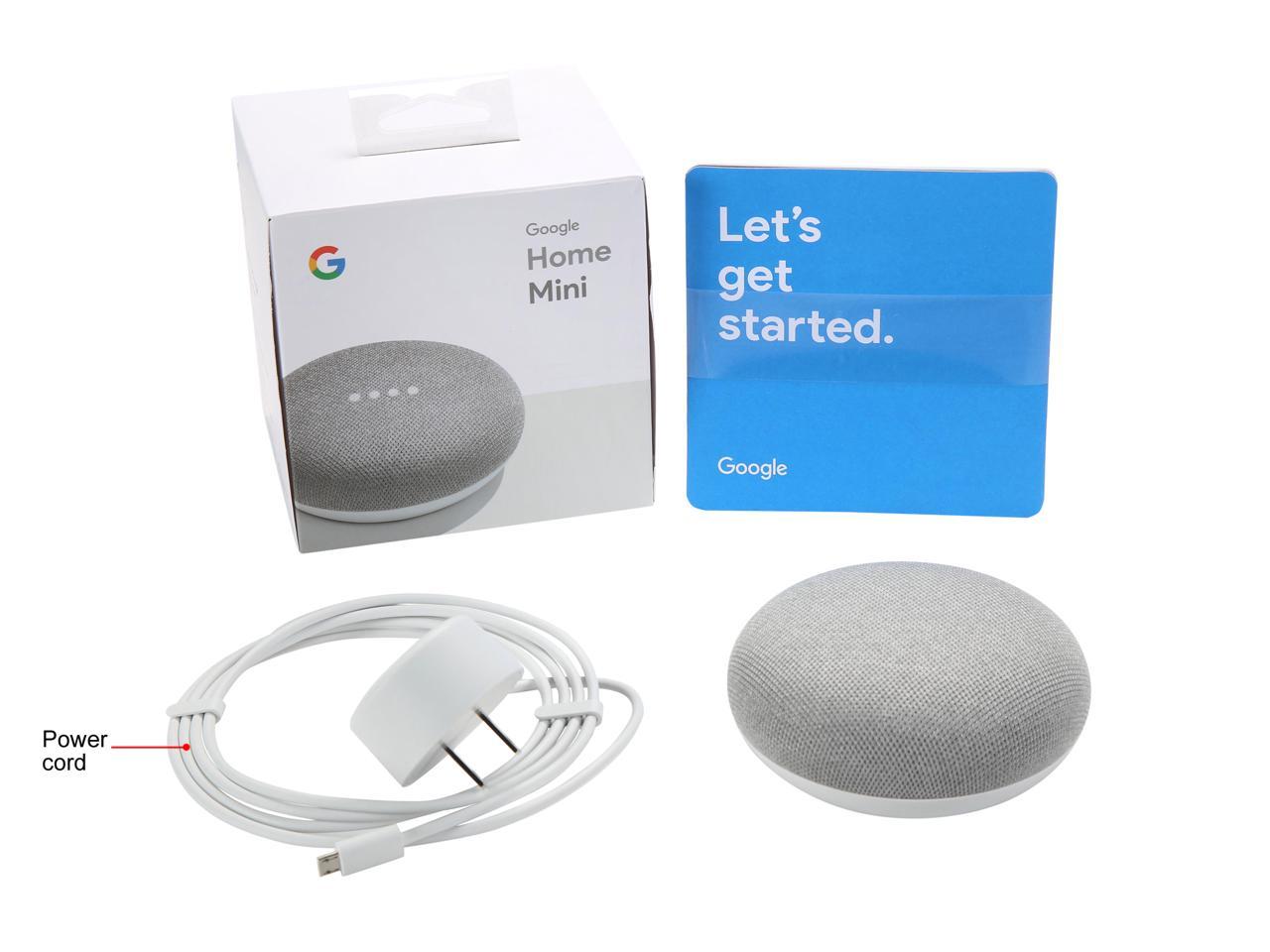 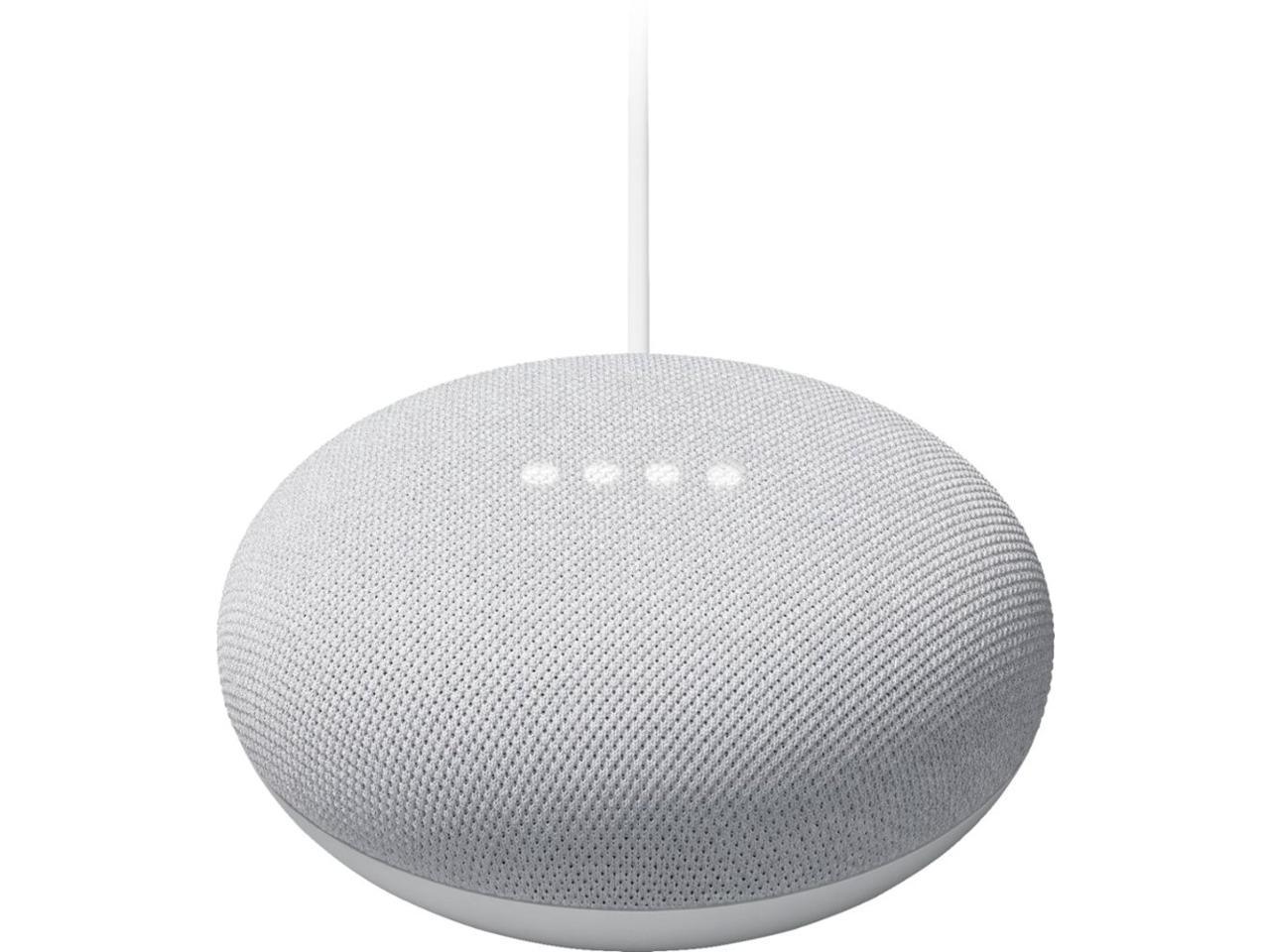 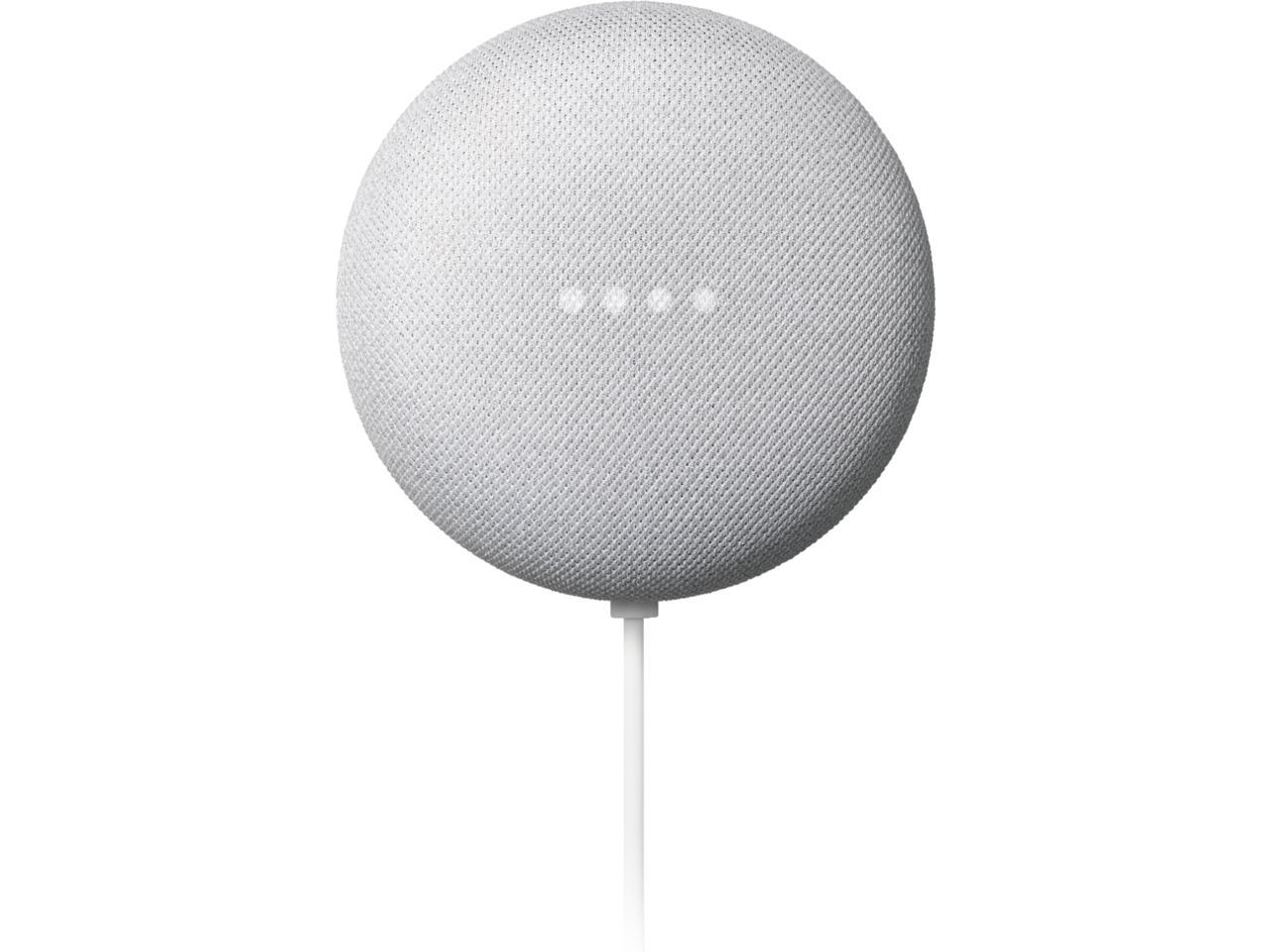 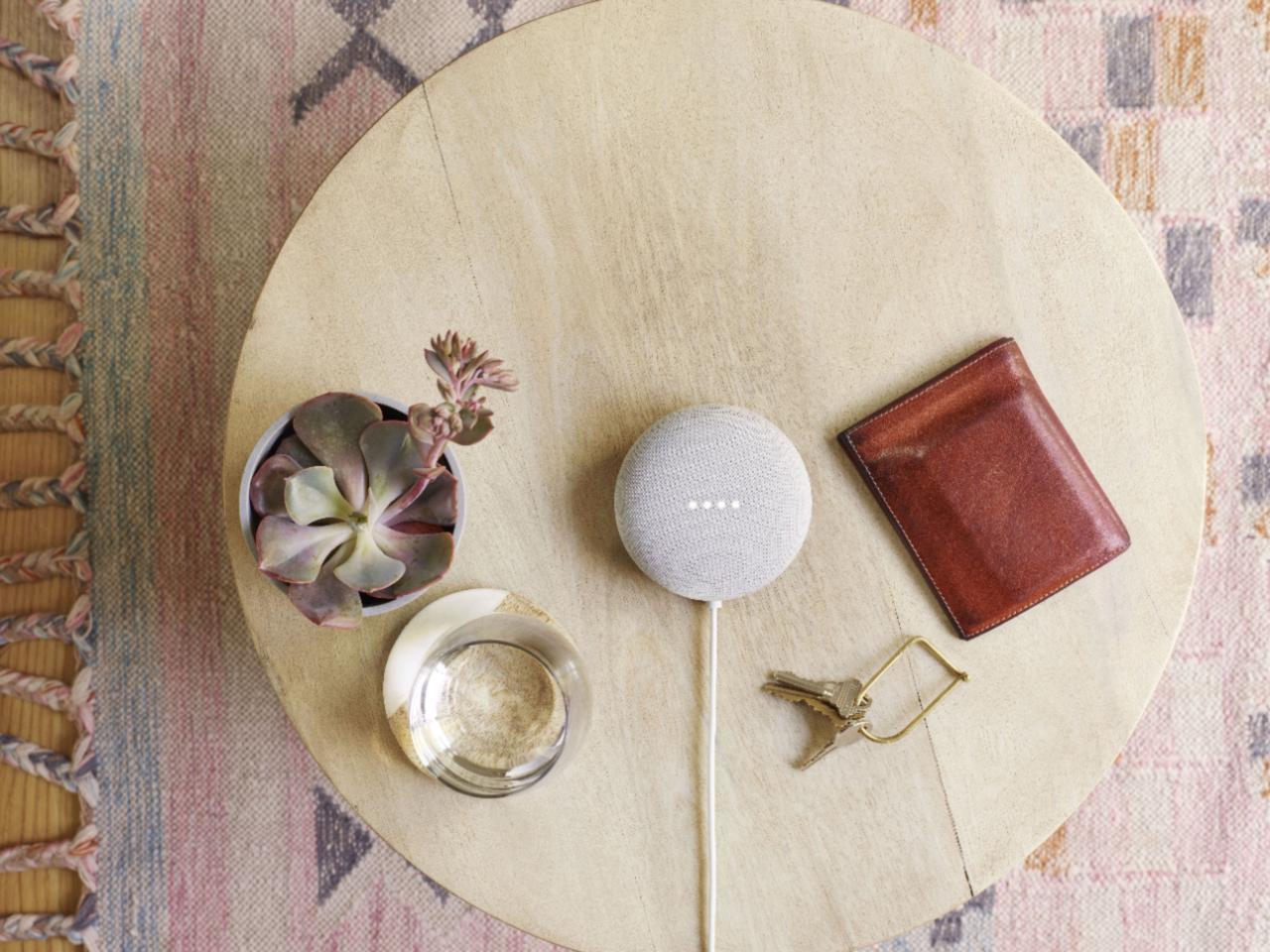 Hands-free help around the house.

Google Home Mini has the Google Assistant built in. So whenever you need help, it’s by your side.

Get answers from Google.

Get personalized help with your schedule, reminders, calls, news and more, whenever Mini recognizes your voice.

Use your voice to play music on Google Home Mini, listen to audiobooks, or stream shows, movies and more to your TV with Chromecast.

Control your smart home with your voice. Enjoy a whole new set of activities designed from the ground up, just for families.

Learn more about the Google GA00210-US

Pros: Very loud for such a tiny speaker. 60% volume and I can hear it in kitchen from my living room. It actually picks up "Ok/Hey Google" quite well. I've owned an Echo and Echo dot and when there is chatter in the room you pretty much have to scream "Alexa blah blah blah" for it to hear you. Supports calling from more than just your contacts list. I love being able to say "Call closest Caseys General Store" without requiring for it to be in my contacts list first.

Cons: Asking questions is a lot better and more accurate than asking Alexa, but with some harder questions it will still say "I don't know how to help you with that" even though asking the same question on Google (on your computer) will pop up the result right away) Doesn't have scheduled commands. Example "Hey Google, in 10 minutes turn off the lights"

Overall Review: Google is a technology company that creates excellent software that runs and collects data from almost every device today improving the accuracy of searches and creating cool features. I loved my Alexa because of Audible but honestly if Google can utilize its own search platform better it will definitely be a bleak future for Alexa devices everywhere.

Pros: Still figuring out all the different potential uses, but really enjoying it so far. Great to be able to use voice commands to turn on music and other media, turn on/off lights, set alarms, etc.

Cons: Does not link to Google Fiber, which means I cannot use the built-in Chromecast that comes with Google Fiber equipment. This is baffling to me, since they are made by the same company. They are "working on it." But it is a minor point. (Can still use my remote control for TV, so not a big deal.)

Overall Review: Would recommend to others and am considering purchasing another for another room in my house.

Pros: This is my second Google Home Mini from Newegg and this one also works great.

Pros: Very handy to have around for just about anything you want to know about... Weather forecasts, math problems, setting timers, how the traffic is on the way to work, and what seems to be an in infinite number of other things. If it can't answer you directly, it will refer you to your phone which will suggest web sites and the like for the information you're asking about.

Cons: The only complaint I've got is that it refuses to play anything reliably in my Google Play Music library, 99% of the time. Instead, it tells me I need a subscription to listen to the song I'm asking for, then puts me on an "station" that has similar music. Yes, Google Play Music is set as the default music player in the accompanying app, and I also specify "in my library" when asking for specific music to be played, with no effect on the problem whatsoever. I've tried naming artists, albums, songs etc. in my library, no dice. Playlists work sometimes, I'm guessing because of their unique names. From what I've read online about this issue, Google is aware and a fix is forthcoming. But, being very familiar with Google products, I wouldn't hold my breath on that one. Google Play Music itself is pretty flaky at times, so it's really no surprise that the Home Mini has trouble with it as well.

Overall Review: In the end, 4/5 eggs, with one subtracted for the Google Play Music issue. I've never been very concerned about that anyway, because when I listen to music I do so on a stereo with speakers optimized for that task. Still, for the money, you really can't beat the function it provides, which is a real time saver.

Pros: She loved it, and we are using it in our living room. Portable, so we can have it anywhere

Cons: Nothing that I know of.

Cons: Sometimes I have to yell to get it to respond.

Overall Review: I recommend this product.

Cons: Horrible to set up, like pulling teeth from an alligator. The app is totally useless and worthless, This is not yet ready for market but they pushed it out anyway to compete with the echo dots.

Overall Review: I had purchased this because I was tired of the limitations of my echo dots. I was hoping that this was better and more ready for public use and market but sadly it is far from being ready. I need something that can do more than just tell me the time and temperature. Those who think that these are great are mostly brain dead.