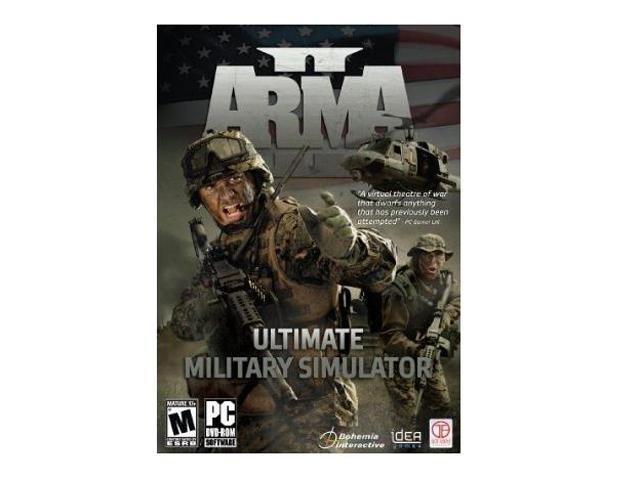 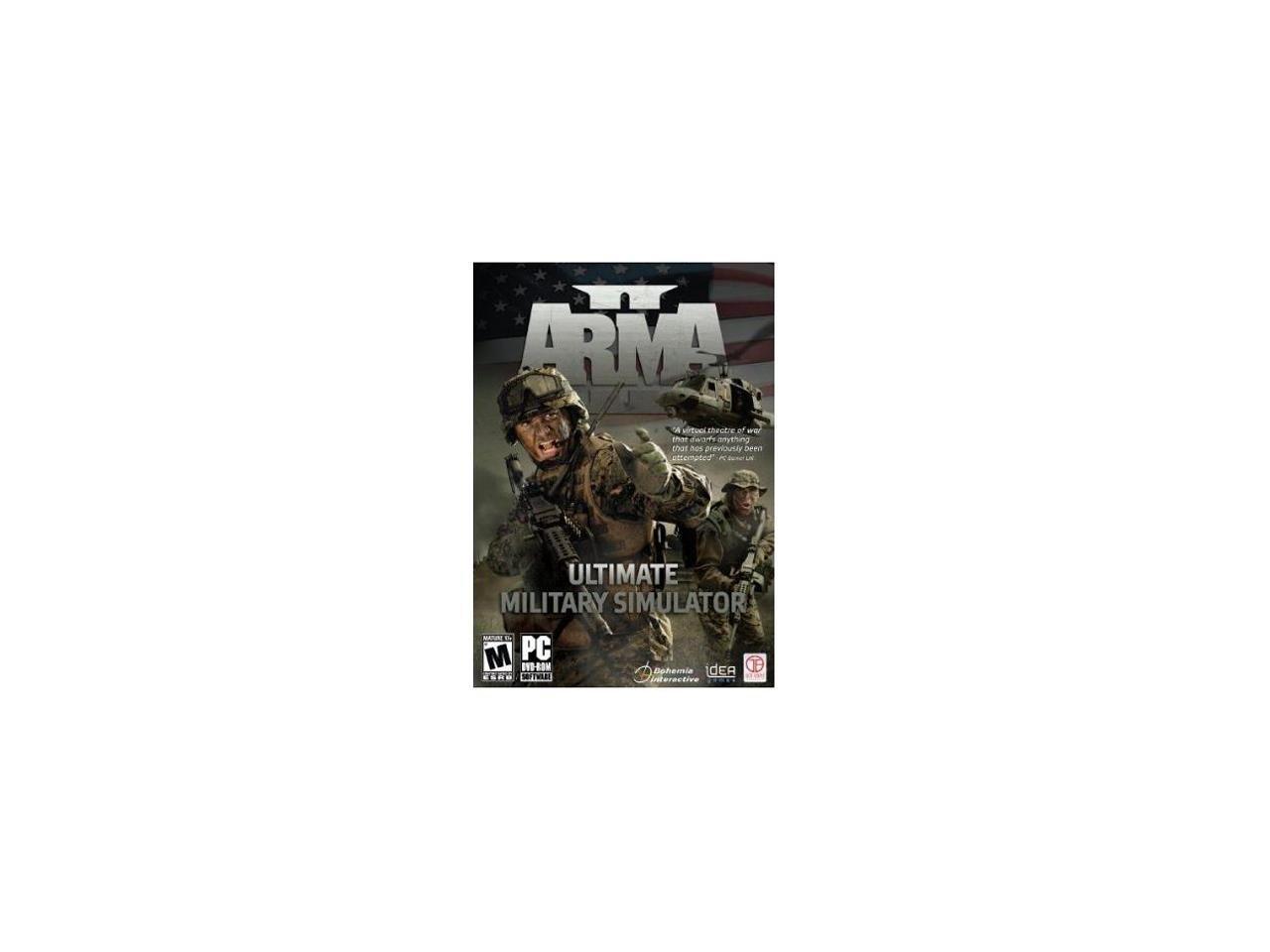 Learn more about the Arma 2

Pros: Great game Feels real Plenty of ways to approach a situation Massive armory and plenty of vehicles For the most part the bugs are non exsistant now Plenty of mods and a large community

Cons: The occasional bug is annoying but runs pretty well now The AI could be better but its better than most games Needs a good system to play well Takes practice and patience

Overall Review: When you have a quality machine running this game its really stunning. Graphics blow me away and the game feels very real. A must have for people who enjoy simulation over arcade!

Pros: I must say that since I've picked this game up over Christmas break that I have become addicted to it. I was looking for something new to play since I have beaten most of the other new games that have come out recently including the other military shooters COD Modern War 2, and Operation Flashpoint Dragon Rising. While these other games are worthwhile, Arma 2 has really impressed me with the level of detail, awesome graphics and a more realistic approach to war-games. It plays more like a flight simulator than the typical run and gun shooter. You are free to explore vast tracks of land, and have the ability to use many different types of military vehicles. You also get teammates that you can command which forces you to use more strategy than if you just have to worry about yourself.

Cons: The cons are that you need a very fast system to use ultra high and even high settings in this game. The voice acting isn't very good on some of the characters. Some of the free roaming missions can be alittle confusing on where to go and who to talk to. The controls are more complicated than other shooters and take more time to learn how to do every action.

Overall Review: This game is definitely worth getting for anyone who likes military first person shooters and doesn't need a constant stream of enemies charging them every 5 sec like call of duty. If you need constant action get Call of Duty Modern War 2, and If you want alittle more realism and good mix of action, get Operation Flashpoint Dragon Rising. People looking for more realism in their FPS and don't mind the higher learning curve should go for this.

Pros: This is what ArmA/OFP2 should have really been. Great graphics and MP game play. The terrain generation is beautiful. BIS provides plenty of tools for further modifications and addons.

Cons: Doesn't quite capute the original OFP look and feel, but still way better than anything else out there. The campaign could use a little improvement.

Cons: Little glitchy but getting better with new patches coming out!

Pros: The terrain detail, scope and over all concept are good.

Cons: For a military simulation this game is extremely unrealistic! Not only that but the voice over, sounds quality, voice acting and controls are horrible. Not to mention the game is full of glitches! I would not recommend wasting your money on this game. Anyone that gives this game any credit knows nothing about what makes a good game...

Overall Review: If you want a cool FPS for PC go with Crysis Warhead.

Pros: This is A great Game The Grafics are good But itys not always about the grafics its about the tactics. I love this game.

Overall Review: Modern Warfre 2 will beat em all out

Pros: 1. Open ended military simulator. 2. Great graphics, however you will need a good setup to play it. (It strains systems more than Crysis) 3. Heal teamates (patch up) drag or carry wounded comrades. 4. Involved community already has small mods available. 5. Play COOP through the campaign with up to 4 people. 6. Generate random scenarios, build full missions, or download community missions means lots of replayability. 7. Developers work hard to patch the game and listen to its consumers

Overall Review: I have the european version of this game which was released by 505 but it is identical. This is a military simulator not really a game. It is difficult but rewarding if you learn and think tactically. Read about VBS 1 and VBS 2 which are actually used to train troops in different countries. This "game" is made by those developers. Playing Very high & high (AA, Postprocessing OFF) @ 1920 x 1200 on Vista 64 -- Q6600 @ 3.0 -- 8GB DDR2 -- XFX GTX 285 1GB Black Edition