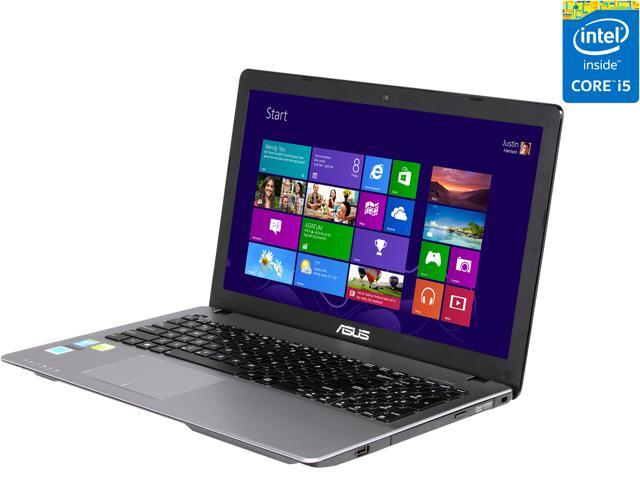 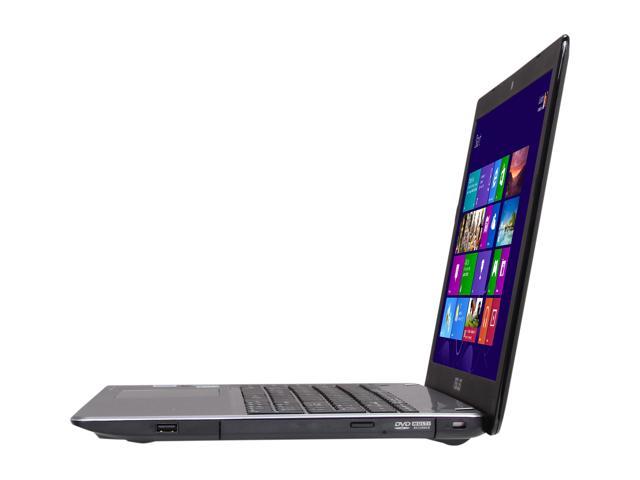 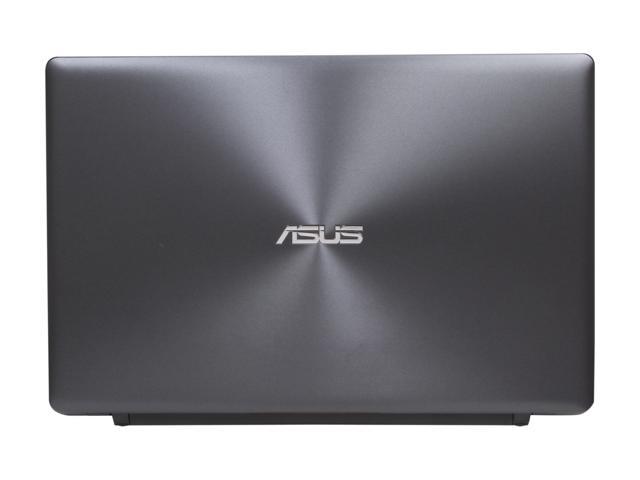 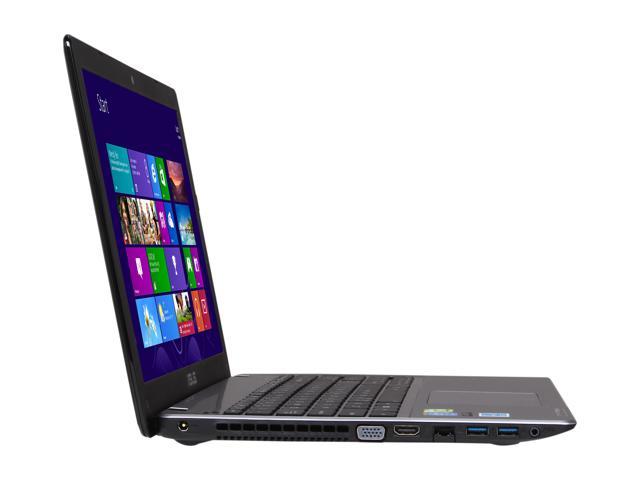 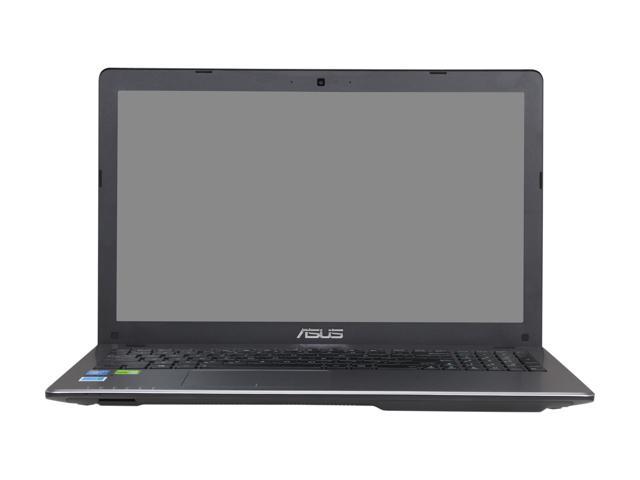 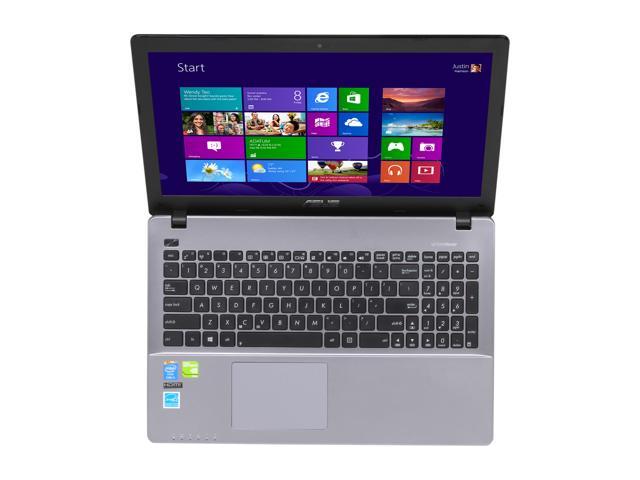 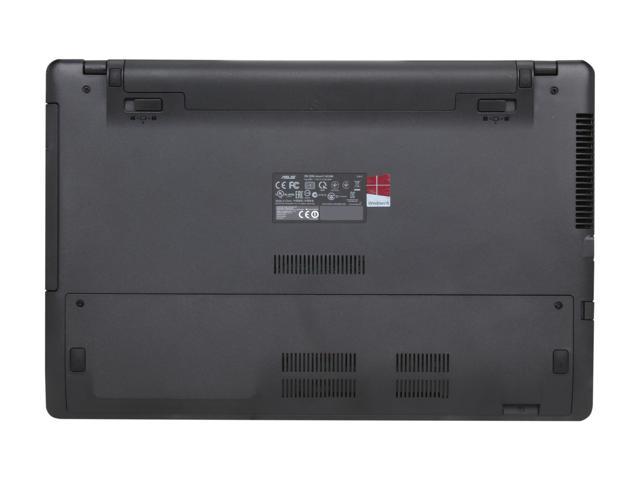 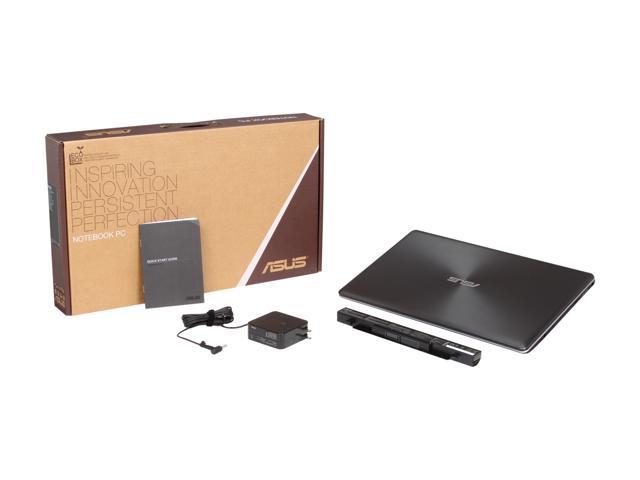 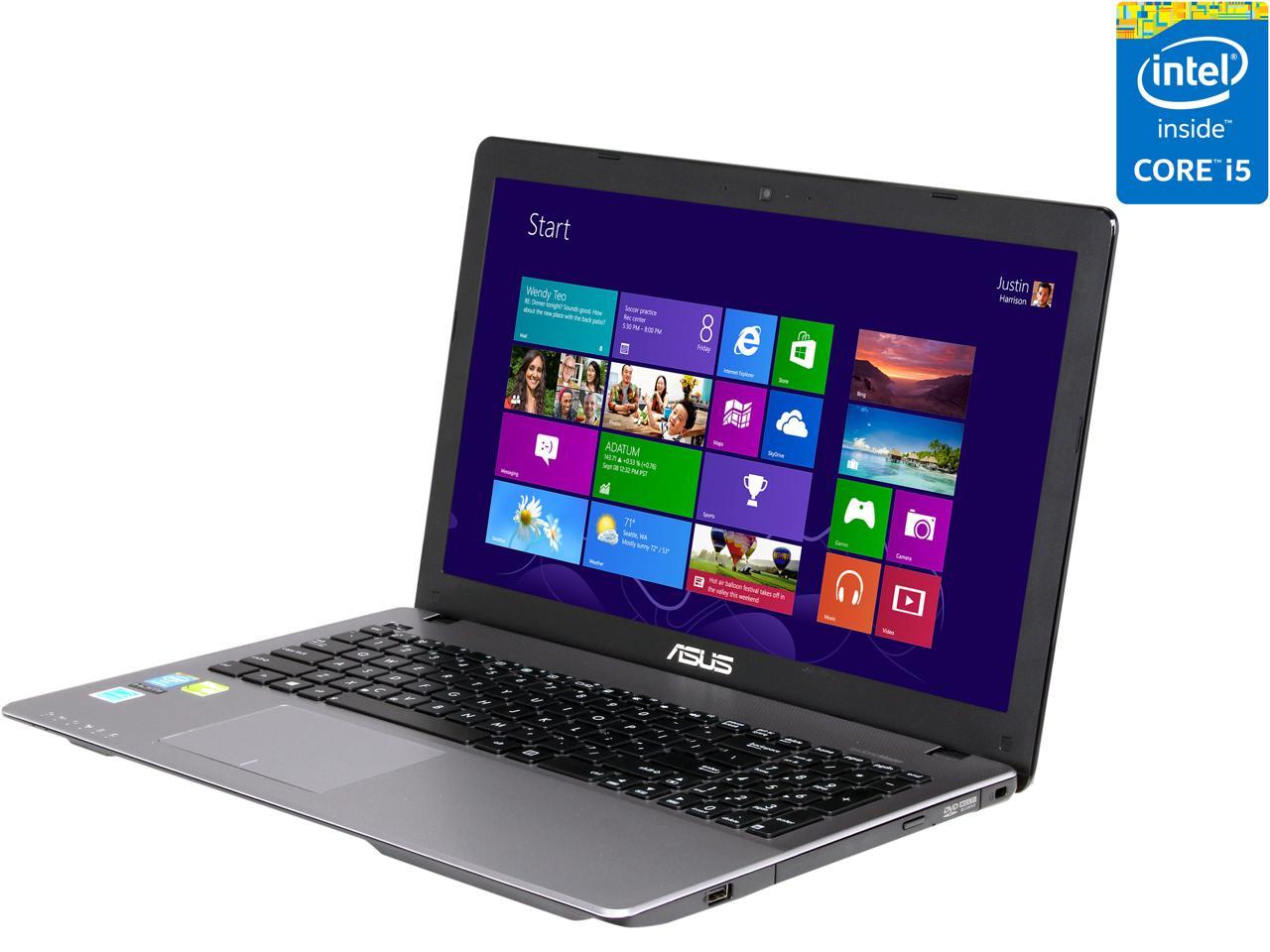 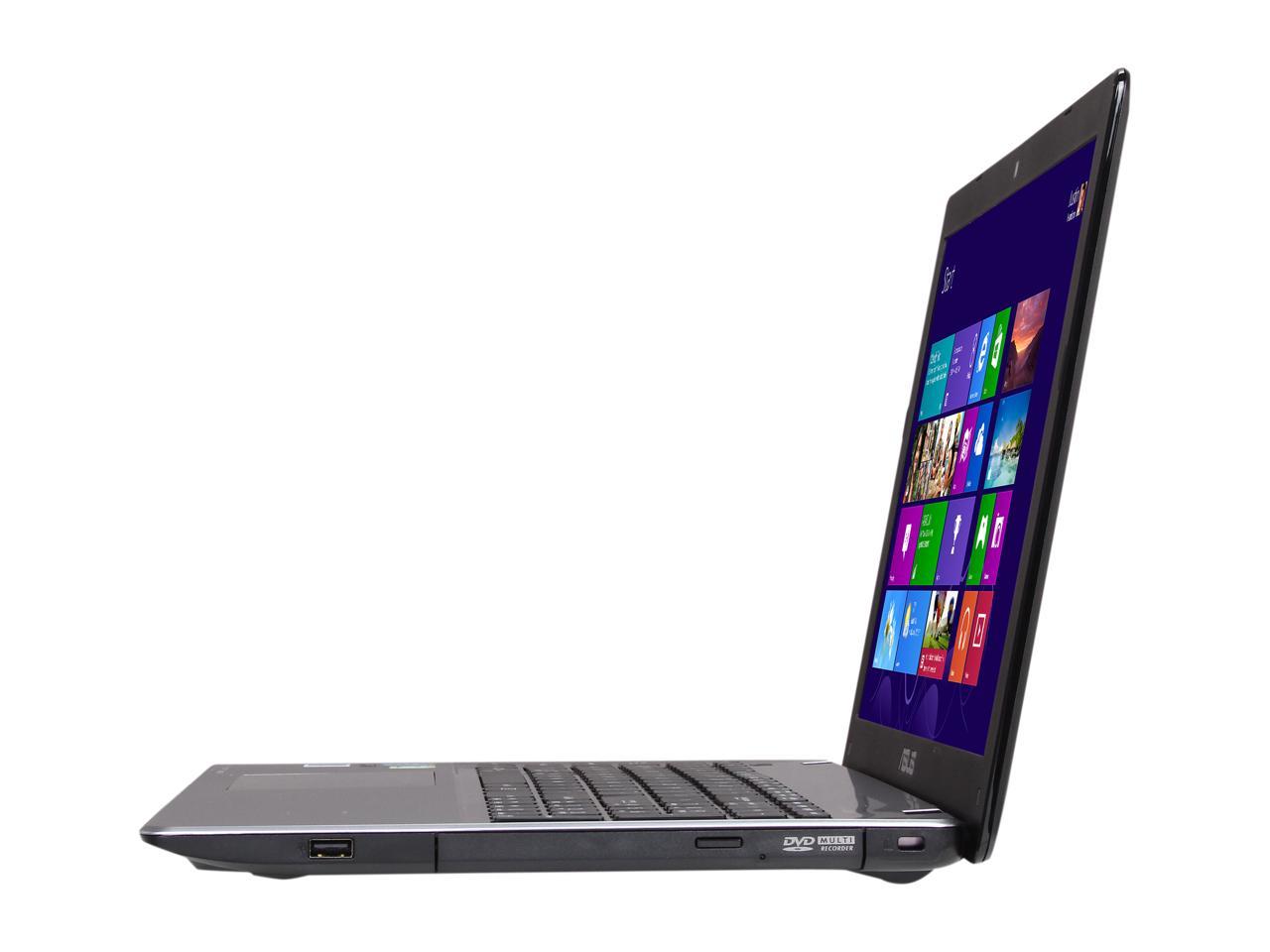 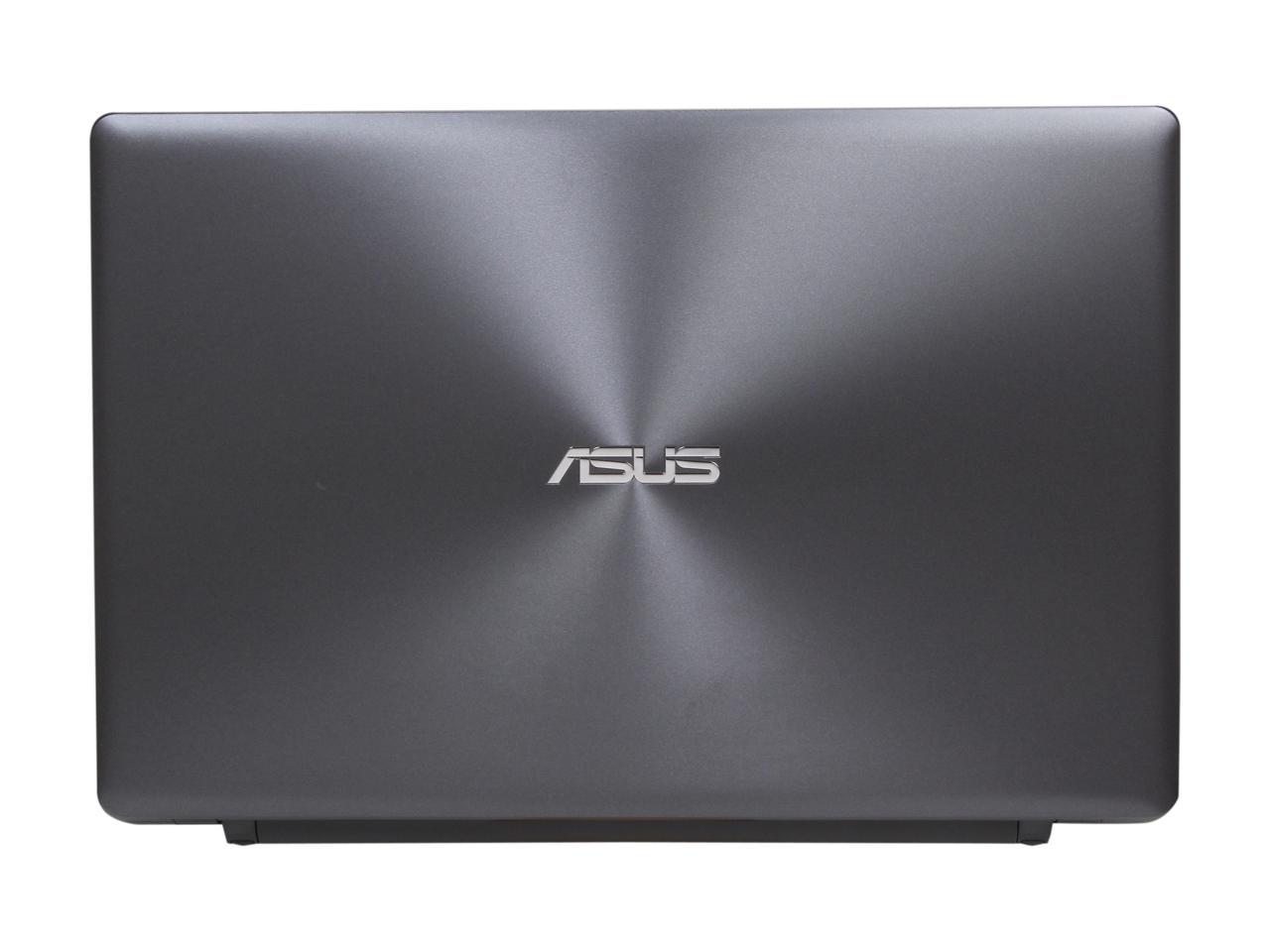 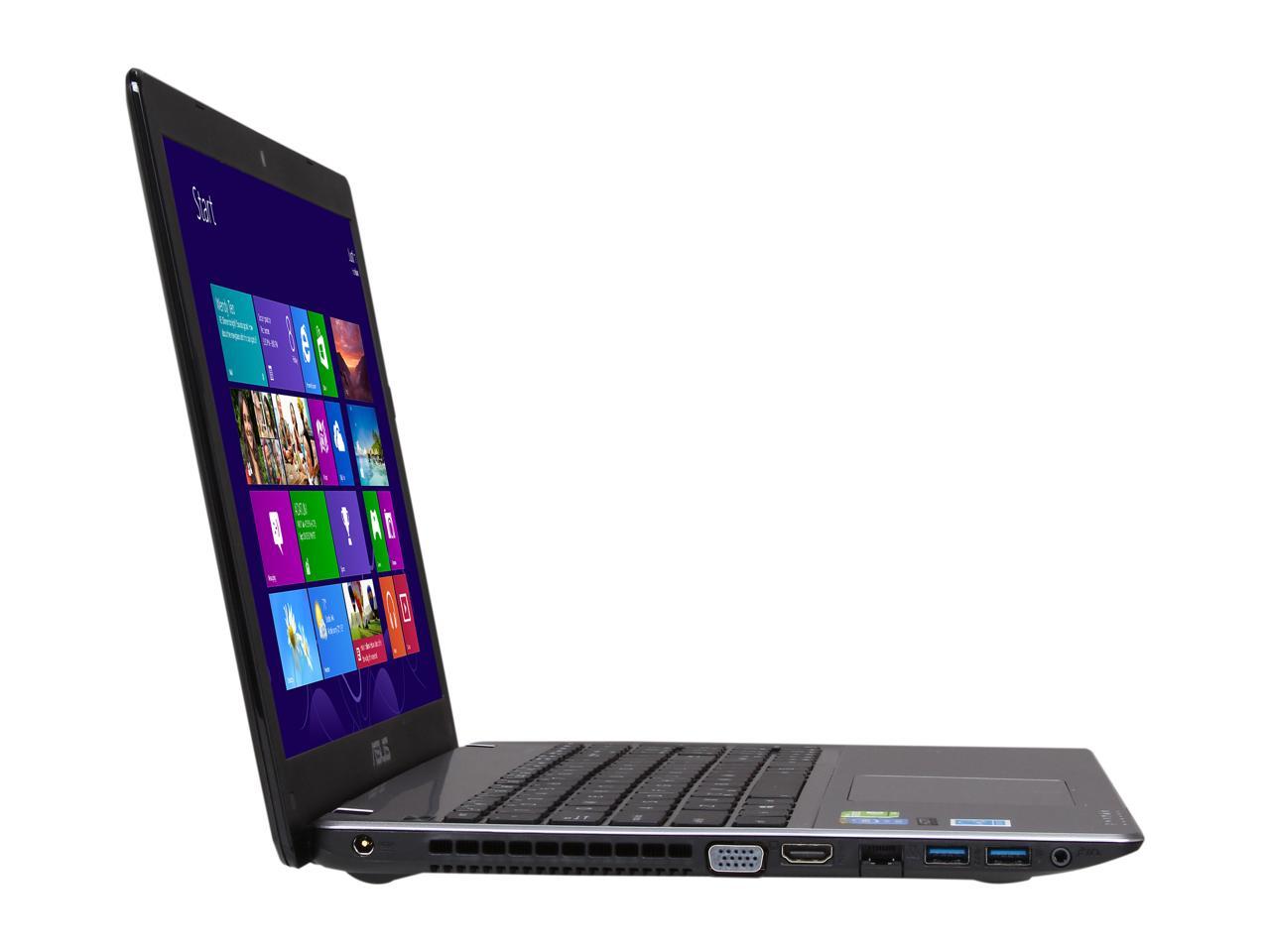 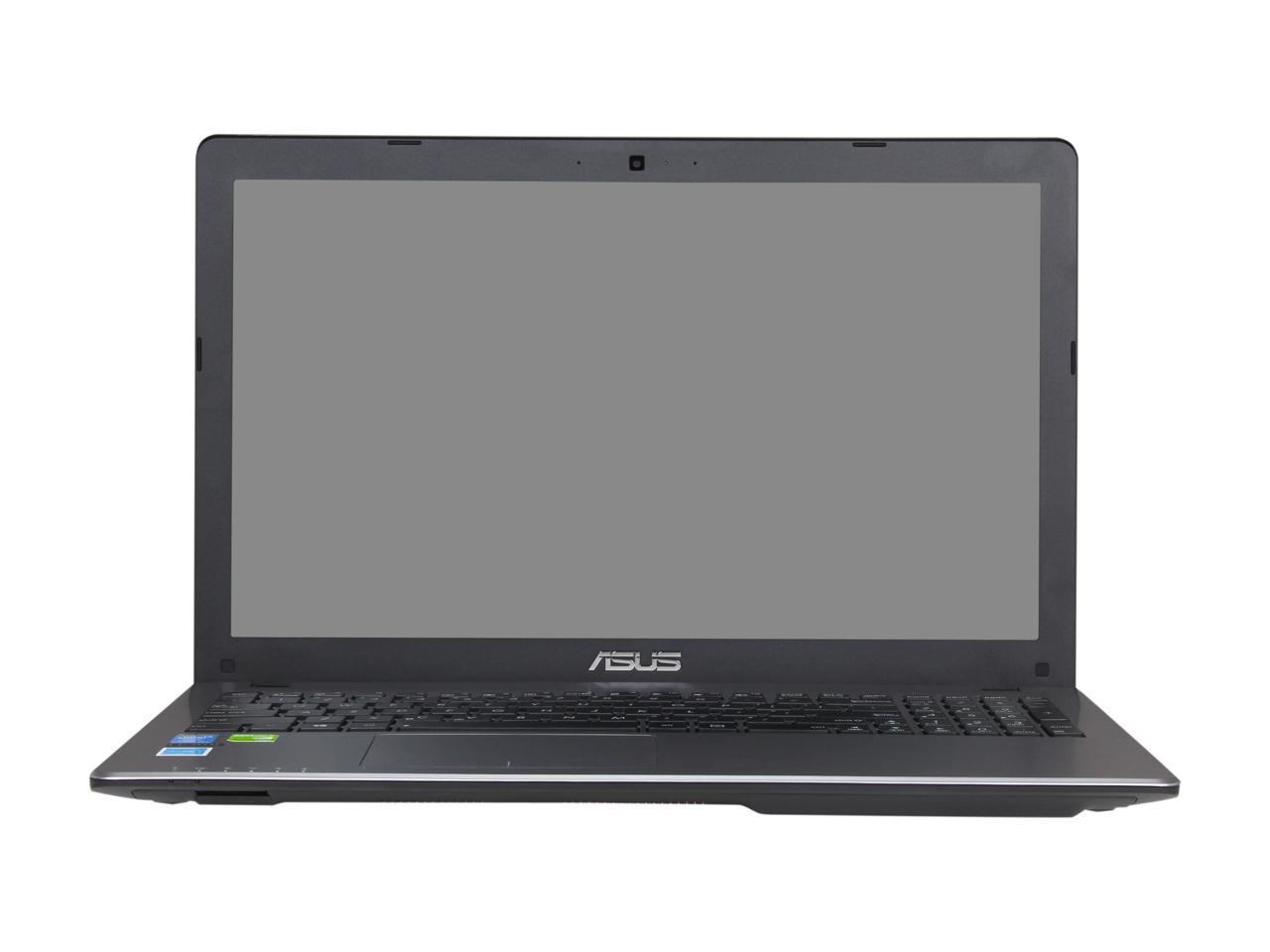 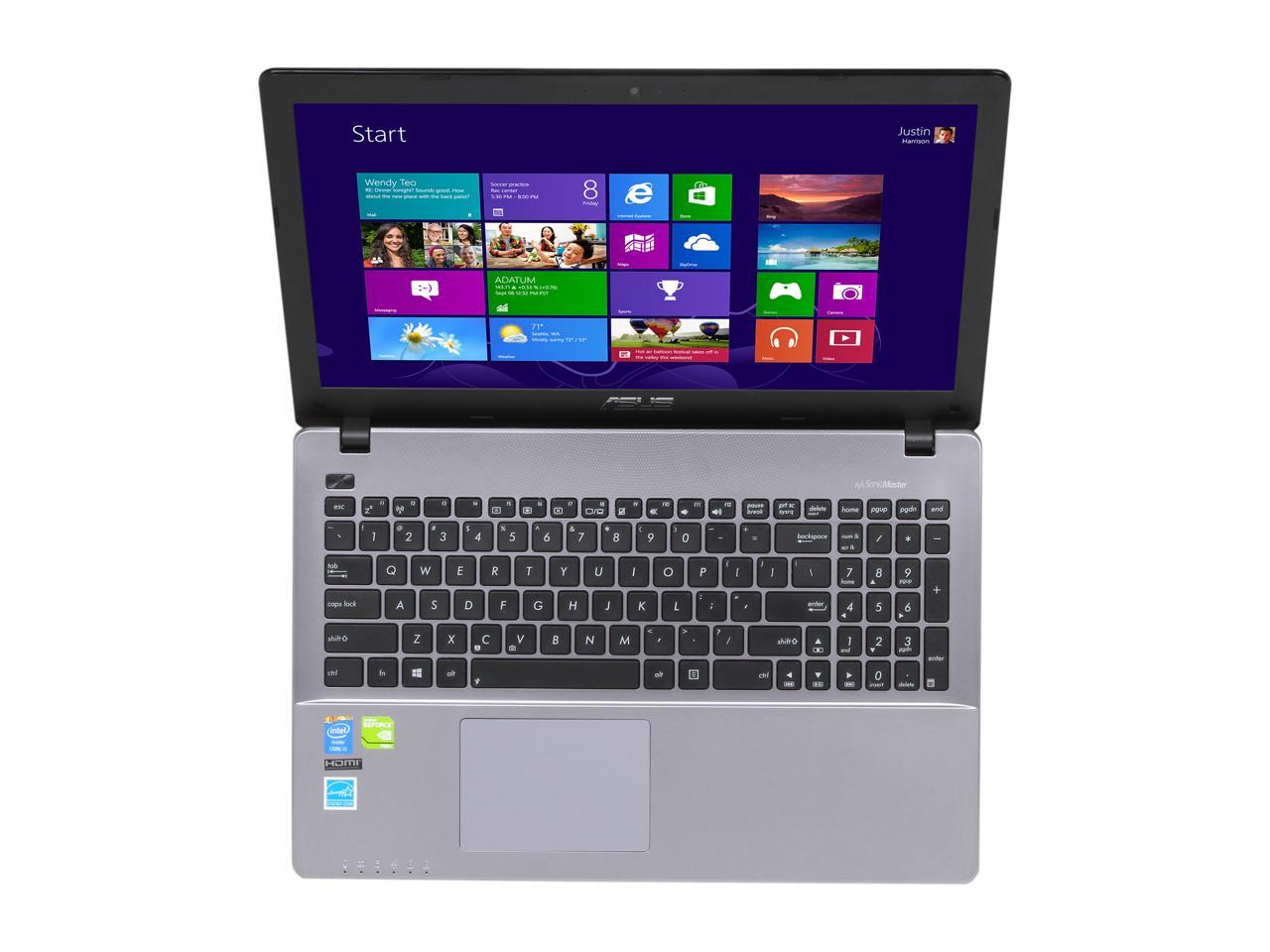 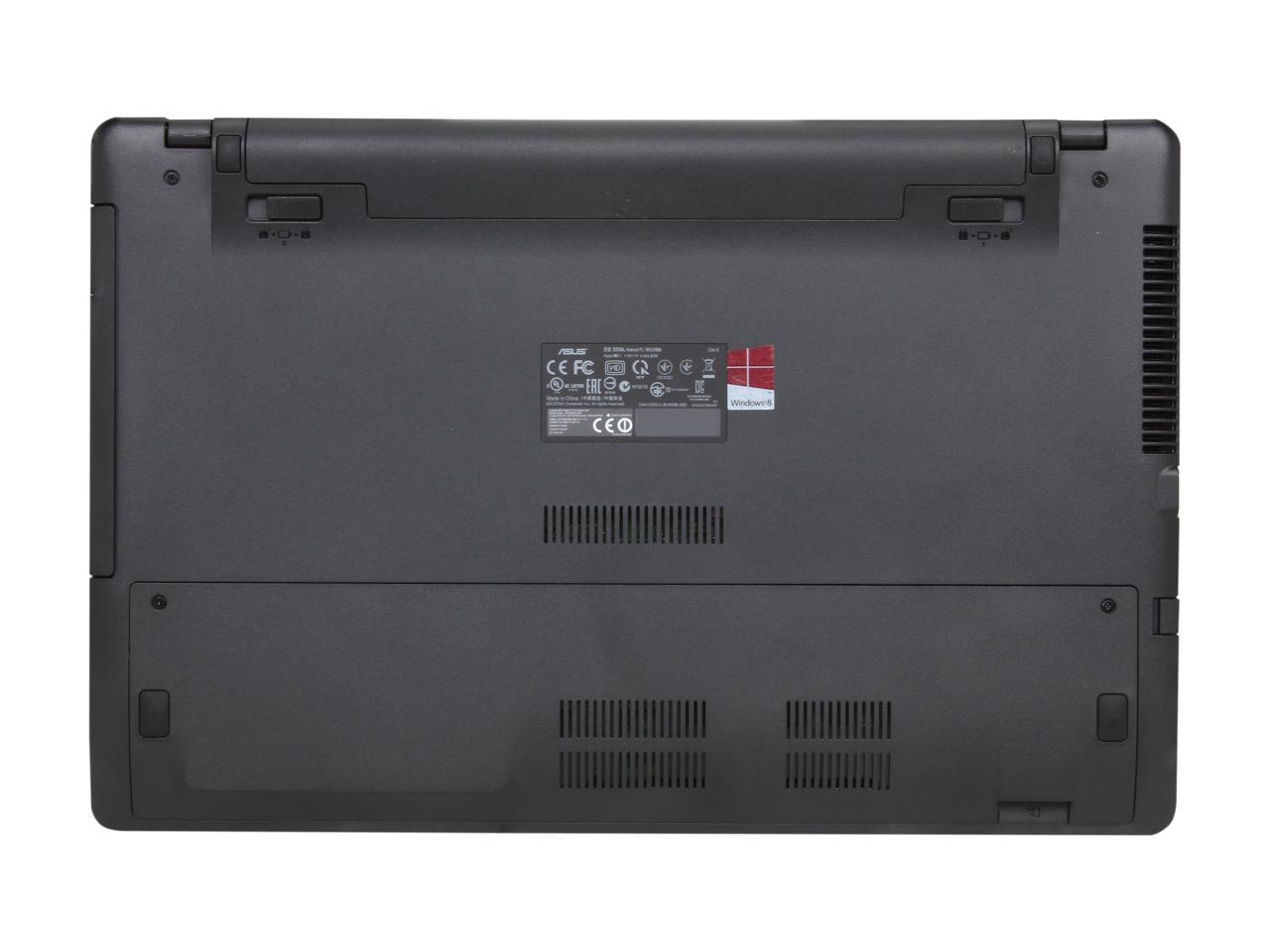 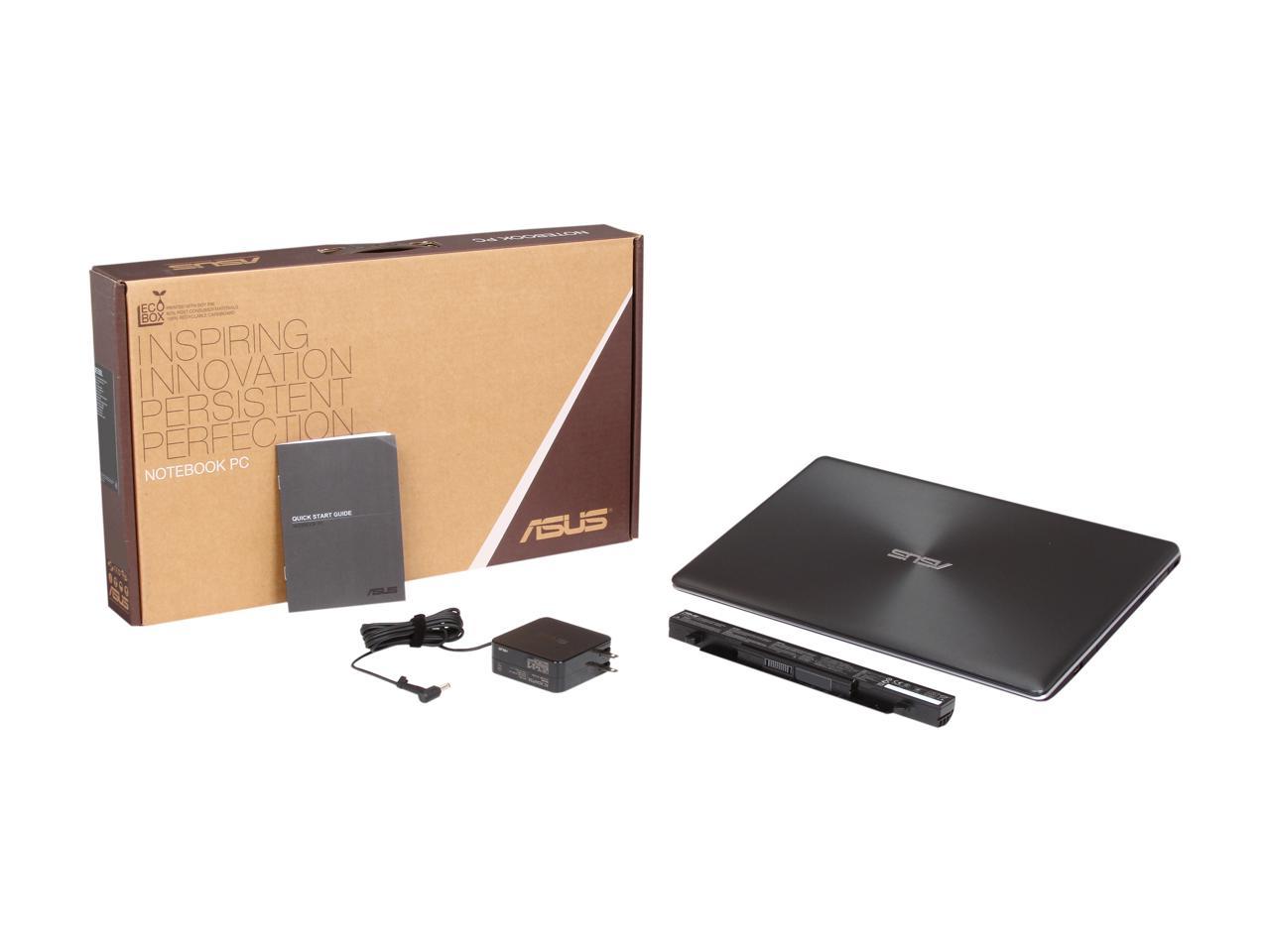 Learn more about the ASUS X550LB-NH52

Pros: 1. Dedicated Mid-Range Graphics Card and Video RAM 2. Easy Access to Upgrade RAM and Hard Drive 3. Beautiful screen (colors and contrast are great unlike others I have seen) 4. Haswell i5 Processor (Gen 4) with Hyperthreading 5. Comes with 8 GB of RAM already 6. Fairly light (considering the Size) 7. Touchpad/Clickpad does not make annoying noises when touching it (common problem with many laptops these days. 8. Does not put out a lot of heat like the 3rd generation Intel and current gen AMD systems. Even when gaming, little heat is pushed out and not all that noisy when the fan is kicked on. It really surprised me considering there is a dedicated graphics card inside. Kudos to Intel and Nvidia as well as ASUS. 9. Runs Virtualization software great (ex: VMware workstation)

Cons: These aren't deal breakers, just very minor nuances that can be expected, given the price point: 1. Keys have decent travel but I have seen a few times with Spacebar and a couple other keys fail to register. Perhaps it needs to wear it in with some more use? 2. Weird placement of home, end, cursor keys. Strange 10-key in general but not bad. At least the backspace is big unlike some other designs i've seen 3. despite the click/trackpad being a lot better than others, i've found occasionally my cursor failing to register. Could be myself adjusting to the trackpad but something to be aware of 4. BIOS is several revisions behind out of the box. This and WIndows 8.1 is not installed yet. Be aware of this. Update the BIOS, run Microsoft Updates (from control panel) and ASUS updates through their included tool. Once updates are done, Windows 8.1 upgrade will present itself in the Windows App Store. This is important to note since many do not know where to obtain it. 5. No Touchscreen - touchscreen does make life a bit easier in Windows 8. 8.1 has some fixes to make it easier to navigate but takes some getting used to. 6. No Windows 7 drivers available. Again, while some are perfectly fine with Win 8, I do not like the fact that Asus does not provide Windows 7 drivers to those that wish to downgrade. If you already own Win 7 or have a Win 8 professional key, giving you downgrade rights, drivers should be made available. Seriously, it is not difficult for these hardware providers to give you the drivers. At the very least, they could have a disclaimer of doing such is not supported, yada-yada. Instead, the option really isn't there - at least in an easy fashion. Like I said earlier, definitely upgrade to get 8.1, it'll make things a bit easier like boot to straight to desktop instead of "Modern UI" aka Start Screen. 7. - The power brick does not support inline surge protector. Meaning you cannot use the traditional in-line ac-adapter surge protectors that APC and other vendors provide. Instead, you will need a surge protector that takes a typical two prong plug - like the kind used by normal appliances and chargers. While I like the fold-in prongs, i don't like the appearance of this wall-wart on top of using a traditional surge protector. It makes the travel weight a bit more hefty. 8. No 5 ghz wireless N support. Only 2.4 ghz. 9. Back lit keyboard 10. No function-lock. Meaning, you must hold down the FN key to use the ASUS feature keys. Kind of annoying but not the end of the world.

Overall Review: Despite a couple of the minor shortcomings, it is certainly worth it.

Pros: -very solid specs for what I care about (discrete video card, cpu, RAM for $579) -better than expected speakers -solid ASUS chat support (for buggy windows 8 - do not upgrade to 8.1 yet!) -future proof enough for me to care about

Cons: -An SSD would really make this thing a beast -a 1080 screen would be nice

Overall Review: for what I paid (or even the current price) I think this is a great deal. The lack of SSD and 1080 screen are not deal breakers for me, and if one wants the hardware this computer offers for the price, compromises must be made. I previously owned an Asus U30JC-B2B and loved it (it offered similar relative specs for around the same price point). The computer lasted 3 years with the only real issue being that the battery was defective. I'm hoping for the same with this Asus purchase and am cautiously optimistic the battery will last.

Pros: For the price, it does want I wanted it to do. I mainly play World of Warcraft, and can do raids on good settings, and level on ultra settings with over 25, and often at 50+, fps. Doesn't run hot. Very solid casing, which is nice for mobility

Cons: The keys are a little funky, and sometimes don't register. But found that is normally in typing, and not in game play. And of course, there is Windows 8, as most have expressed, but guess we all have to deal with it now :(

Overall Review: Overall, for the value, it is a worthwhile laptop. I would recommend it for anyone that wants a gaming laptop on a budget.

Pros: Great combination of power, weight, and price Battery life is fantastic Excellent array of ports Easy to work on Runs remarkably cool Build quality is good for the price (but not great)

Cons: A little bit of keyboard flex, but nothing you'd notice during normal typing. No mSATA slot or SSD, and the HDD feels real slow. It would be nice if it came with an empty mSATA slot like similarly configured Acers, but, c'est la vie.

Overall Review: I replaced the HDD with a Crucial M500 240GB. It zips! For $650, I can't say enough about the quality of the laptop. I don't think the screen is IPS (I could be wrong), but it's still pretty decent quality for what you're paying (especially compared to the TN's that Lenovo, MSI, and Razerblade are using). This is basically the perfect laptop for a student, or anyone who's on a budget and wants the flexibility to do some gaming, but doesn't need the bells and whistles of the $1000+ Macbook-killer wannabes everyone is trying to market so hard right now. I do really wish you could get it with a ULV i7; Asus lists the i7 as an option for this machine on their website, but Newegg is the only vendor that carries the X550LB, and they only carry these i5's. I don't need the screen resolution, higher-powered graphics, full voltage processor, or extra weight of the N550JV, nor do I need the V551LB's touchscreen (they're both a little too expensive, anyway). Hopefully Newegg or someone else will be able to get these with an i7 at some point.

Pros: -Fantastic computer specs for the price point - Runs quiet, almost silent -Almost no noticeable heat -Boots up in seconds -Windows 8.1 is actually pretty decent once you upgrade out of the horrible Windows 8

Cons: -Driver issues like crazy! -The computer has issues with USB 3.0 and I had to refresh the drivers to get it to work -It has issues recognizing external harddrives occasionally -HDMI out for audio doesn't work correctly; the display works but the sound is not working (I'm still working on resolving this one)

Overall Review: Final Thoughts: Buy this computer because it is a great computer for the price you are paying but know that you will definitely have to mess around on forums and tech websites to solve all of the various issues. I'm pretty convinced this HDMI audio issue isn't the last time I'll be spending a day researching on websites.

Manufacturer Response:
Dear Valued Customer, Thank you for the positive comment. I apologize for the inconvenience this may have caused you. I do understand that you are having difficulty outputting audio through the HDMI interface. Please verify inside the Sound properties if HDMI output was selected and configured correctly. If you need further assistance, please email me at cl-rodel@asus.com and write down service# 3729908 on the subject line. Thank you for choosing an ASUS product. Regards, Rodel ASUS Customer Loyalty
Anonymous
Ownership: 1 day to 1 week
Verified Owner
Very nice.3/28/2014 1:11:59 PM

Pros: -Fast boot time (thanks, Windows 8). -5-6 hour battery life out of the box. -Satisfactory temperatures; not very warm unless you start running intensive applications. -Thin and light for the power it packs. -Good price:performance ratio.

Cons: -Windows 8 struggles (see other thoughts). -Ethernet plug-in is curved to match the shape of the side of the laptop, so a piece of it flicks up and down - feels flimsy and like it'll catch on materials. -One giant trackpad/mousepad. Not the biggest problem in the world, but it might not be good for you.

Overall Review: Long story short, once I upgraded to 8.1 it worked perfectly. Long story: Windows 8 wouldn't let me download Windows updates, no matter what I tried. I had to manually install the necessary updates to upgrade to Windows 8.1 by going online and downloading them from Microsoft's website before I was able to install the Windows updates - fortunately, now that I'm running W8.1, everything works like a charm.

Pros: slim, light, simple but good-looking well-made laptop I love this product! Sleeping Dogs, and LOL work on this product. I'm pretty sure most of PC games do too! Obviously affordable product

Cons: Keyboard issue. Keyboard is not constructed perfectly. People say this laptop's con is that it has window 8. But it's stupid thing to say that. You gotta get used to new tech

Pros: -i5 1.6 (2.6 max) GHz processor pushes this laptop at great speed -Great gaming computer for the price -Cant say enough about the audio, big surprise -Looks don't equal a great computer but it sure makes it easy on the eyes -Solid construction

Overall Review: For what I paid (579$) or even the current price, this computer features some amazing specs and runs like a thousand dollar unit. I needed another laptop for basic office work and gaming. Have ran Rome Total War 2 and Supreme Commander so far, with both games on their highest settings (super smooth). I have no idea how I found this laptop for under a grand because it has been very impressive and powerful.