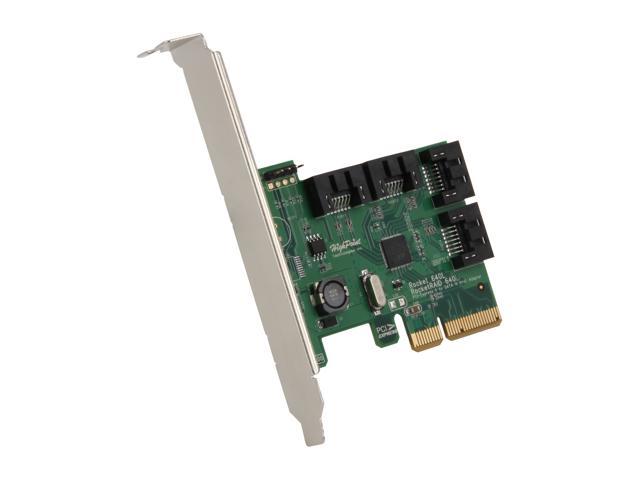 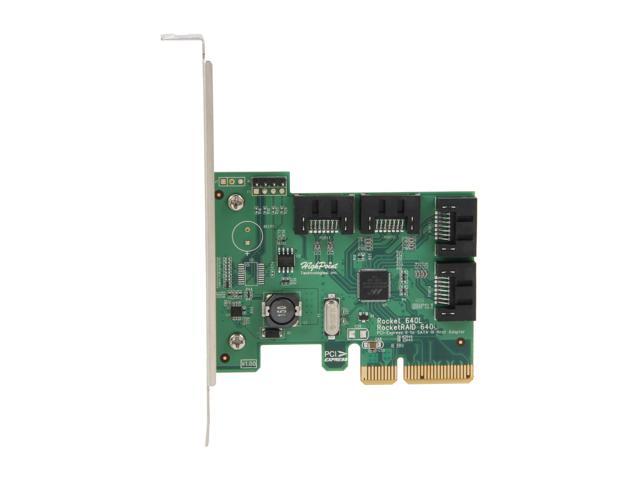 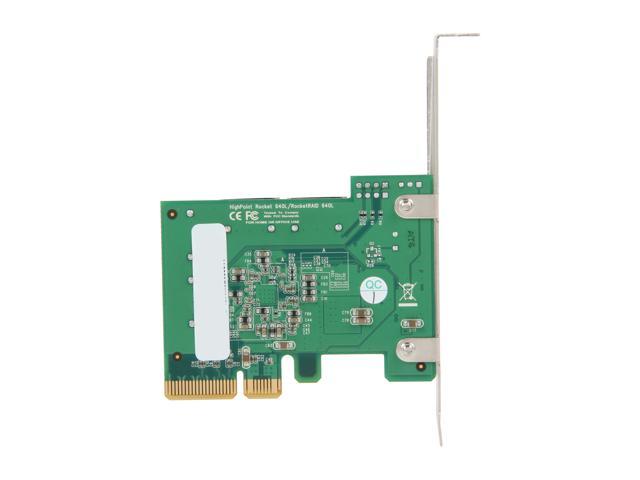 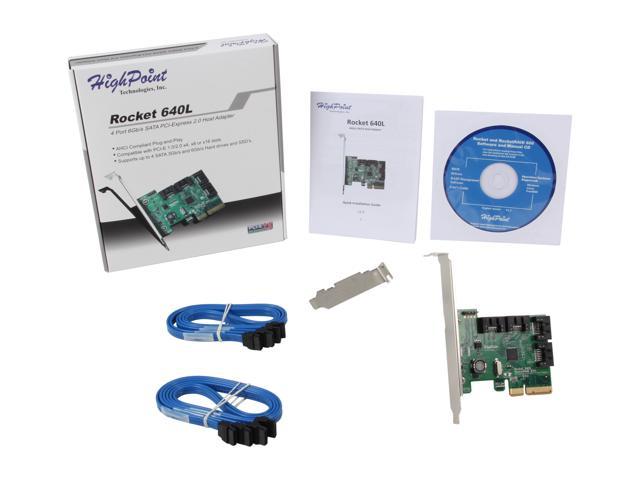 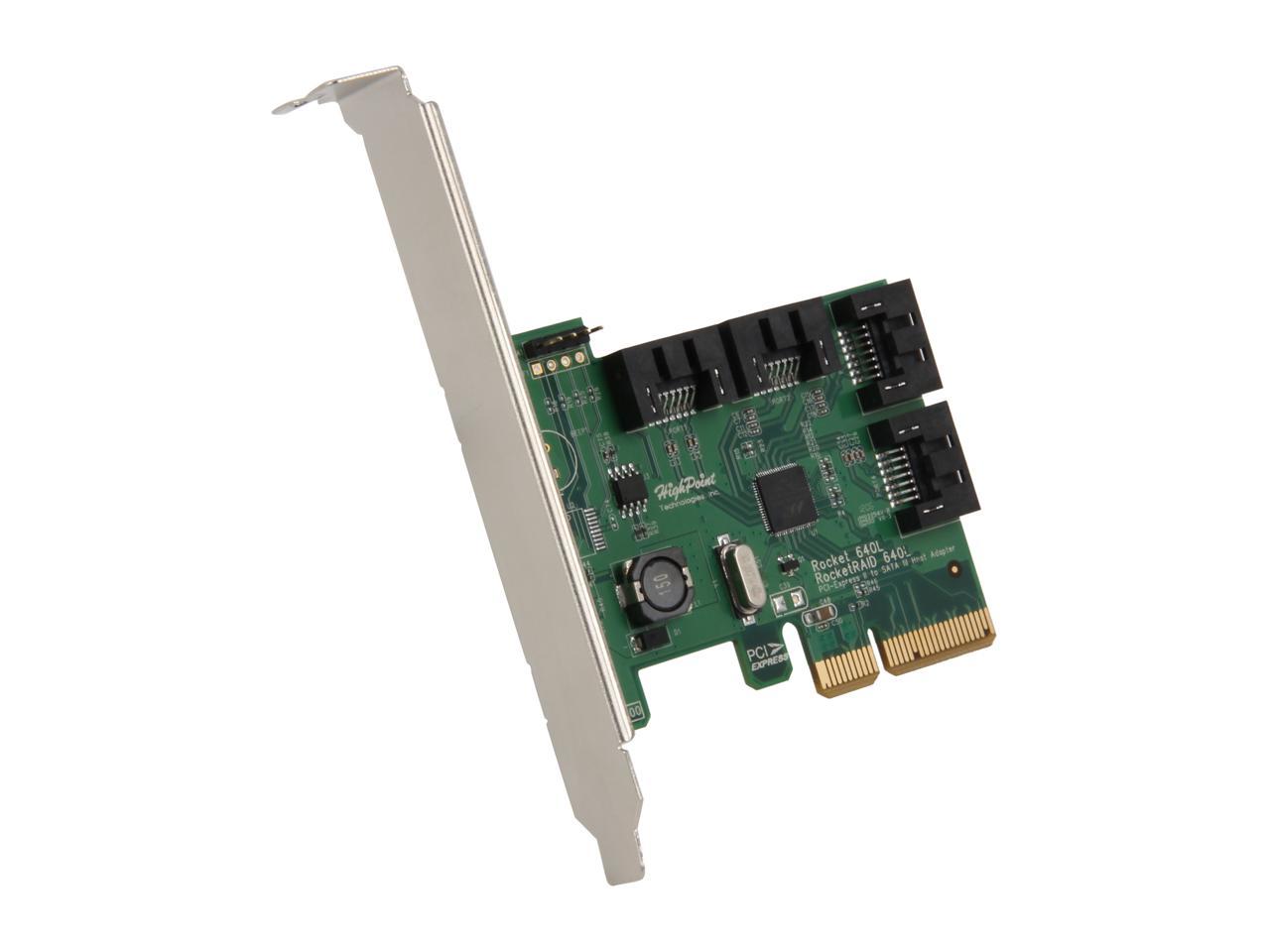 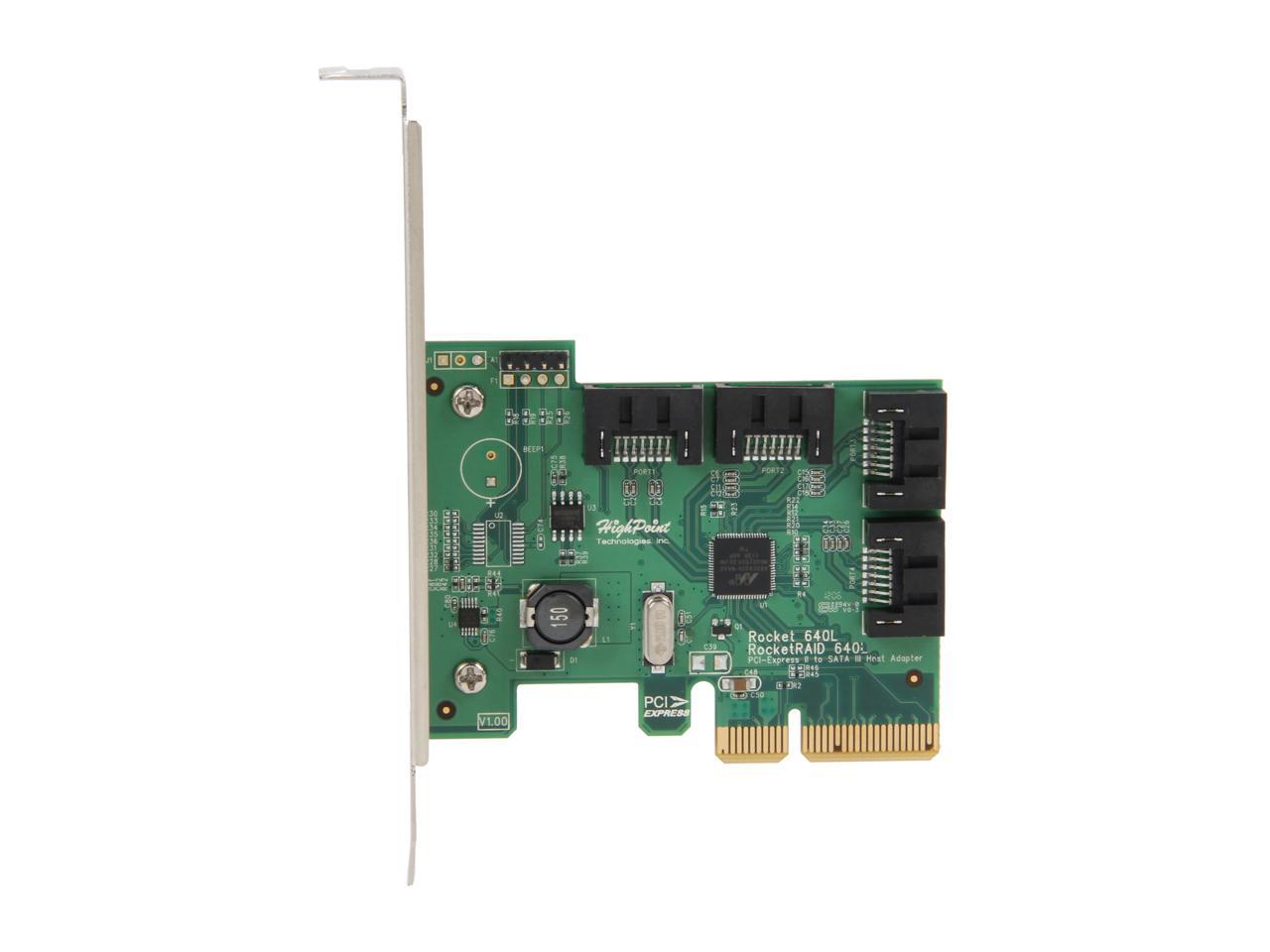 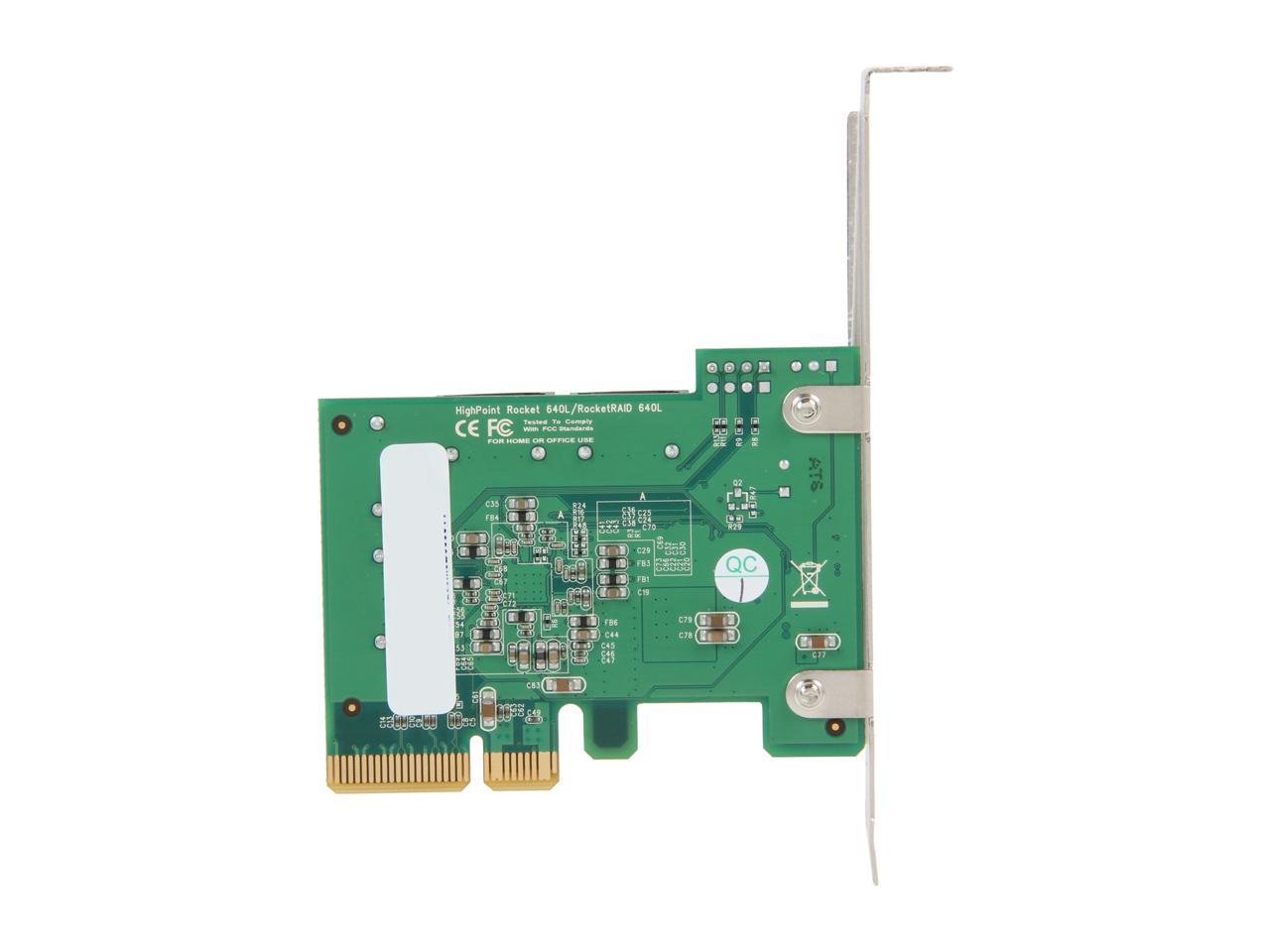 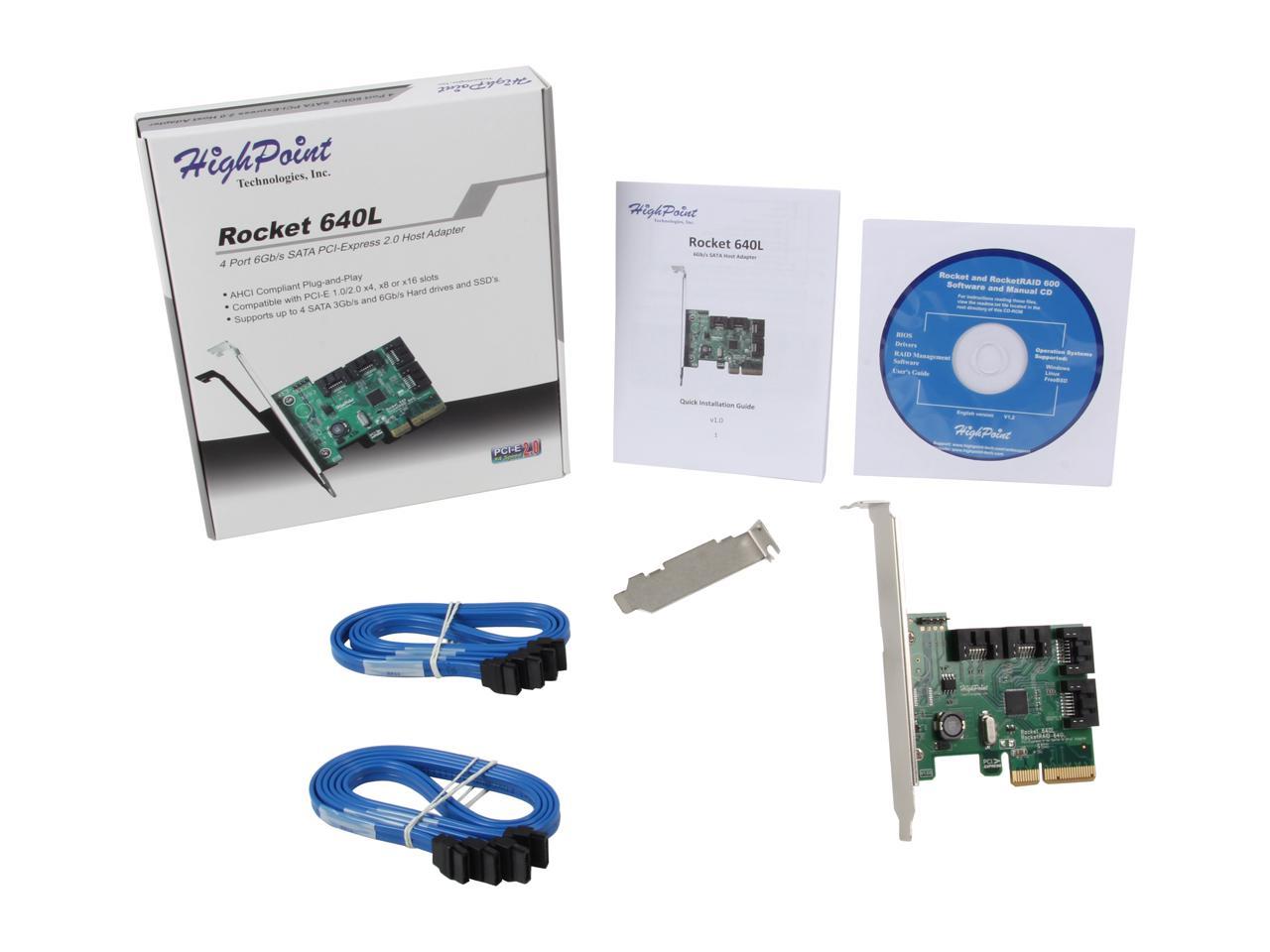 Pros: I got this card so my new SSDs could run at full Sata III speeds, and they do. The card worked with my X58 chipset motherboard, which only had Sata II. Windows 7 had standard built-in drivers, no need to install additional drivers. I have two 480GB SSD drives attached to this card, booting from one. I did not have to do anything special in the BIOS, I just selected an SSD attached to the card as my boot disk. SSD benchmarks seq read at 525 MB/s. Real world test, I can transfer large files (over 4GB) from one drive to another at 450 MB/s. In the card BIOS, I see it is running at PCIe 2.0 speed (5Gb/s per lane, 2 lanes, which = 10Gb/s). That should provide 1GB/s throughput. I suppose it can run spindle drives, but I only have SSDs attached to mine. Overall, there are few Sata III add-on cards that support more than x1 lane. This one is using x2 lanes and is working great for me. I think it is a great card for the money. Also, I'm not using any RAID features.

Cons: A minor point. The marketing from HighPoint calls the card a PCIe 2.0 x4 lane. That is not completely accurate. HighPoint made the card on a physical PCIe x4 lane size, but the card only operates at PCIe 2.0 x2 lane speed. HighPoint should be more clear about this fact. I did the research before buying this card, and knew it was using a Marvell 88SE9230 chip which is only x2 lanes. So, no surprise to me. But they should correct the description.

Pros: Programs load so fast the computing experience feels "fake" with 2 mid level mushkin sata3 ssd. less than half the price of most other 4x PCI express sata cards. Brought my 2 year old dual quad core server board back to life. Drivers can be found outside of HighPoint that make this card work as intended.

Cons: It takes 5-10 more seconds to get through bios boot as the card hooks in. Drivers disk should be thrown out just like most hardware you buy now. Raid 0 works fine with win7 64bit but getting it working is a pain. Most of the people frustrated with these just don't understand raid controllers are not a piece of PNP hardware you plug in and it always works. Card is great for 4 rotational but only good for 2 ssd's due to the controllers.

Overall Review: If Highpoint would take the time to provide better drivers even if they were generic and provide better support this card would cost twice as much. Works great for me, not so much for you. Video card, ram, hard drive = HID headlights, rims, bubble tint. Secondary RAID card that boots? = Transmission. No 4 page quick start guide and glossy manual with all the tools in a little bag. If you have never done one, don't know what your getting into, or are not willing to take the time and patience to learn... pay someone else or buy a new mobo. Card is GREAT for what it is.

Pros: easy to install 500 read/write on new SSD way faster than my sata2 ports Added 4 sata3 ports to my machine, I now have headroom

Cons: adds 10-15 seconds to boot, no biggie paired with new SSD I more than make up that time.

Overall Review: rather than buying a new platform, I beefed up my ASUS p6t Deluxe v2, x58 system. I OC'd CPU to 3.7ghz (920D0 on air), upgraded RAM to 12gb, went from 4870 ati 1gb to a 7970 3gb graphics card. Got a 840pro Samsung 256gb SSD, and this controller card. My system wont win any awards, but it screams. This card was key for me to get near full SATA3 speeds from my SSD, I am not using it in Raid. I installed it in my second x16 PCIe slot. I used a registry hack to convert OS AHCI, then migrated OS to SSD using Acronis 2011, changed boot in BIOS. A couple of reboots and a couple of initial hitches worked themselves out. I strongly recommend this card as an affordable SATA3 4 port controller for older x58 boards, particularly ASUS p6t Deluxe v2

Pros: - cheap - uses 2 lanes for a total throughput of 10 Gbit/sec, so, about 1250 MB/sec theoretical maximum transfer rate. Enough for two modern SSDs at full speed, and maybe a HDD or two on top of that. - has a mode where a SSD and a HDD are connected in a special mode of a RAID array so the SSD serves as a cache for the HDD. I didn't try it myself, but it might be a good compromise... but then, it would tie you to always use this same controller or the newer versions of it. - it came with the latest firmware already built in, there was no need to update it - it was the same as the one on HighPoint web site. - I didn't even try the drivers on the CD; I downloaded the latest from their web site and they installed without problems.

Cons: - you can only have two SSDs at full speed. For now, I only have two, so it's not a problem, but if you put in more, they will split the bandwidth... again not a problem if they don't work at the same time, but if they do, they won't be able to reach their full speed. - related to that, if it were a real x4 or x8, there would be more bandwidth. Then again, the price would have been higher... but I would pay, within reason. - it adds several seconds of boot-up time as the system goes through the BIOS on this card. This is probably unavoidable.

Overall Review: - you need to check how your motherboard distributes lanes across PCIEx slots. Some motherboards do not actually have enough lanes for all the slots they have, so they distribute them on boot depending on what's plugged in... and they can do it incorrectly so the slot where you put this card ends up as x1 instead of x4, x8 or higher. You can see in the tool that you install for this card, if it actually works as x1 or x2, and if it's x1 you might have this problem. If your motherboard has a setting in BIOS allowing you to manually decide how many lanes go where, it allows you to resolve the issue. I used in on an Asus P6T Deluxe V2 and had to do it.

Pros: No problem installing card. I can live with slight boot delay from the cards bios in exchange for more efficient running system.

Overall Review: Installed on SATA II board ( Asus M4A78T-E ) with SATA III SSD ( Corsair Force GT 120GB ) attached and now gone from 223 Write 244 Read MB/s with onboard controller to 521 Write 542 Read MB/s With this card. Not The max but it's a GREAT!! improvement for this system.

Pros: Saw every single drive that I threw at it.

Cons: None that I can think of, but I didn't try all the features.

Overall Review: I had to RMA this puppy because I really don't have a use for a 4-port raid card. I have two 8-port cards that I use. I wanted this so I could tie my three 7.5 TB raids together into one drive, and I bought this card thinking that it would work with port multipliers, but I was wrong. There are so many subtle name differences among this manufacturer's cards that I confused the Rocket 640L with the RocketRaid 640L during my research. Of course, since there was nothing wrong with that card, NewEgg assessed me a pretty hefty restocking fee. I can understand that and chalk it up to the need to do a better and more thorough job of researching what I’m looking to buy next. Oh well. I ended up doing a search for the chip name (Marvell 88SE9235) instead of the card name and came up with the RocketRAID 600L. When that thing gets here, I’ll see if that does the job (because NewEgg's description of the card says that it does), and if it does, then I’ll write up a review for that.

Cons: Drops hard drives and can cause data corruption - resync and scrub of 8TB RAID array (after moving drives off this controller) not fun.

Overall Review: Any heavy load on this controller - mostly experienced when moving large amounts of data / multiple simultaneous IO streams will cause 1 drive to be dropped, followed by controller failure. Appears to reset after reboot, but is of no consolation when having to resync a 8TB array. Searched for firmware updates using this chipset and I found at least 1 manufacturer using this chip on their motherboard, that every successive firmware version eliminated more and more features - seemingly cutting back performance until the chip can handle the task. Trim support was gone and then limiting the card to 3Gb/s in firmware. Better than data corruption. When I bought this controller it sat on my shelf for a while, so I believe I'm beyond any return period, but it has been removed from the machine. Same drives back on the motherboard (I got this as trying to run 5 drives to a board with 4 internal connectors) work without issue.

Pros: It worked right out of the box. I bought it to use with Windows Home Server 2011 (Windows Server 2008 engine); I have it configured as RAID 1 with 2x2 2TB Western Digital drives, with the drives spanned in Windows. Throughput was NOT my goal- I just needed more SATA ports and redundancy. My Asus motherboard is quite a few years old, but no problems at all.

Cons: The card BIOS flashes by so quickly that you can't see that you have to press Cntrl-M to configure the array, but it was easy enough to find in the documentation. - The configuration isn't necessarily intuitive, but is so simple that you can figure it out quickly anyway. - I couldn't get the web interface to work, but I didn't need it. - Manually installing the drivers from the x64 driver folder didn't work, but when I let Windows search the entire CD, it found the correct drivers.

Overall Review: Since I under-utilize my home server's CPU, I didn't need a high-end card. Given my bad experience with many cheap add-on SATA and RAID cards (Promise, Adaptec,) though, I was pleasantly surprised that it worked with minimum hassles. I have not tested how things go when I remove one of the redundant drives...which, of course, is the real test of a product.