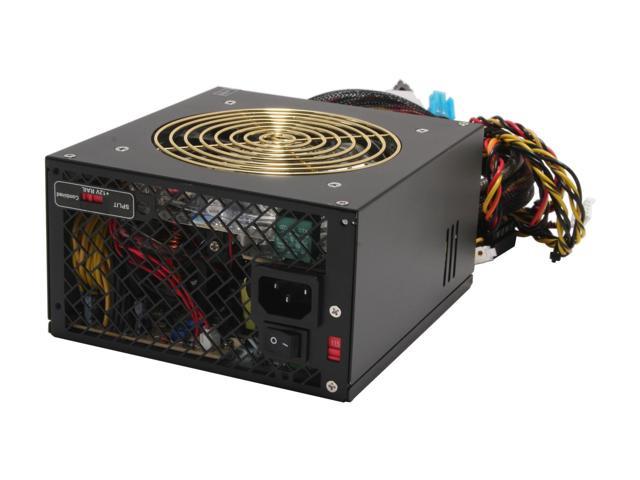 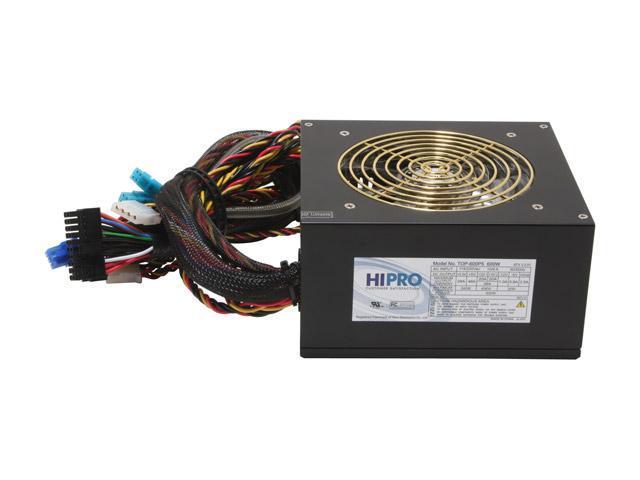 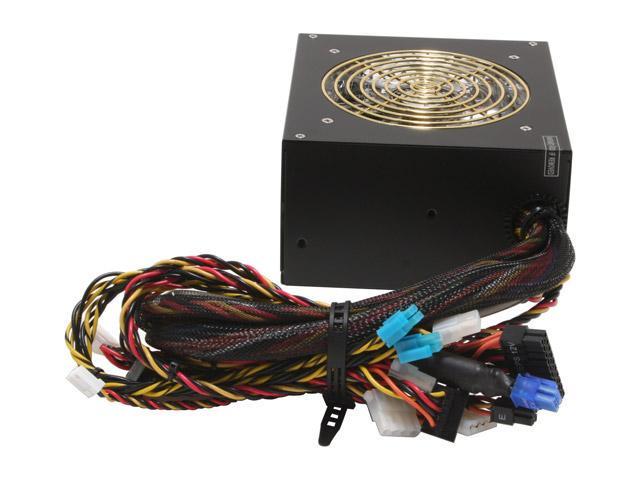 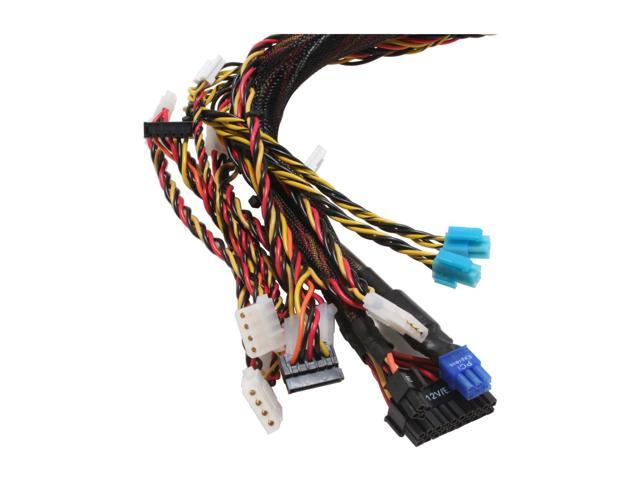 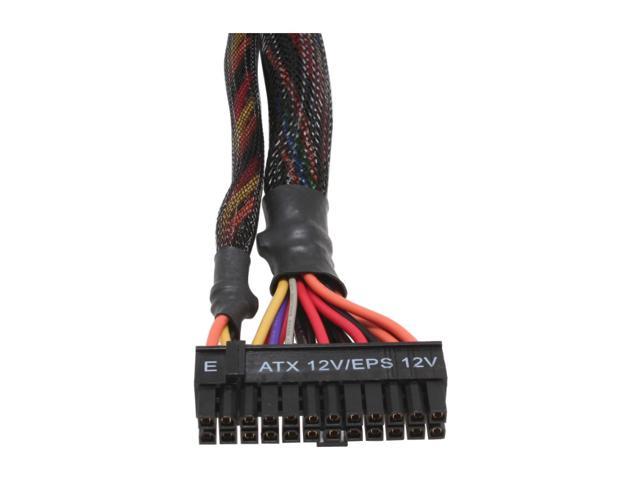 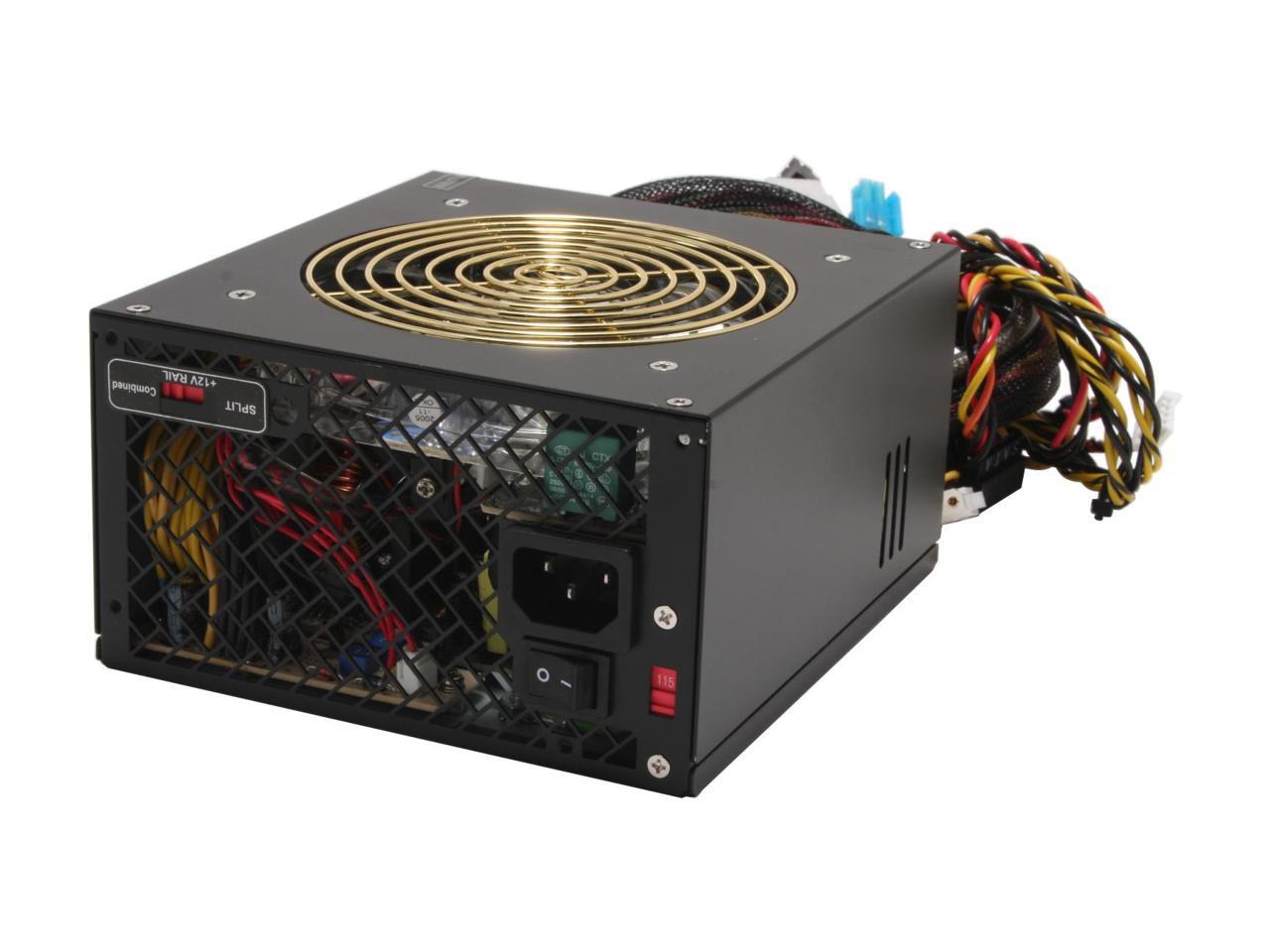 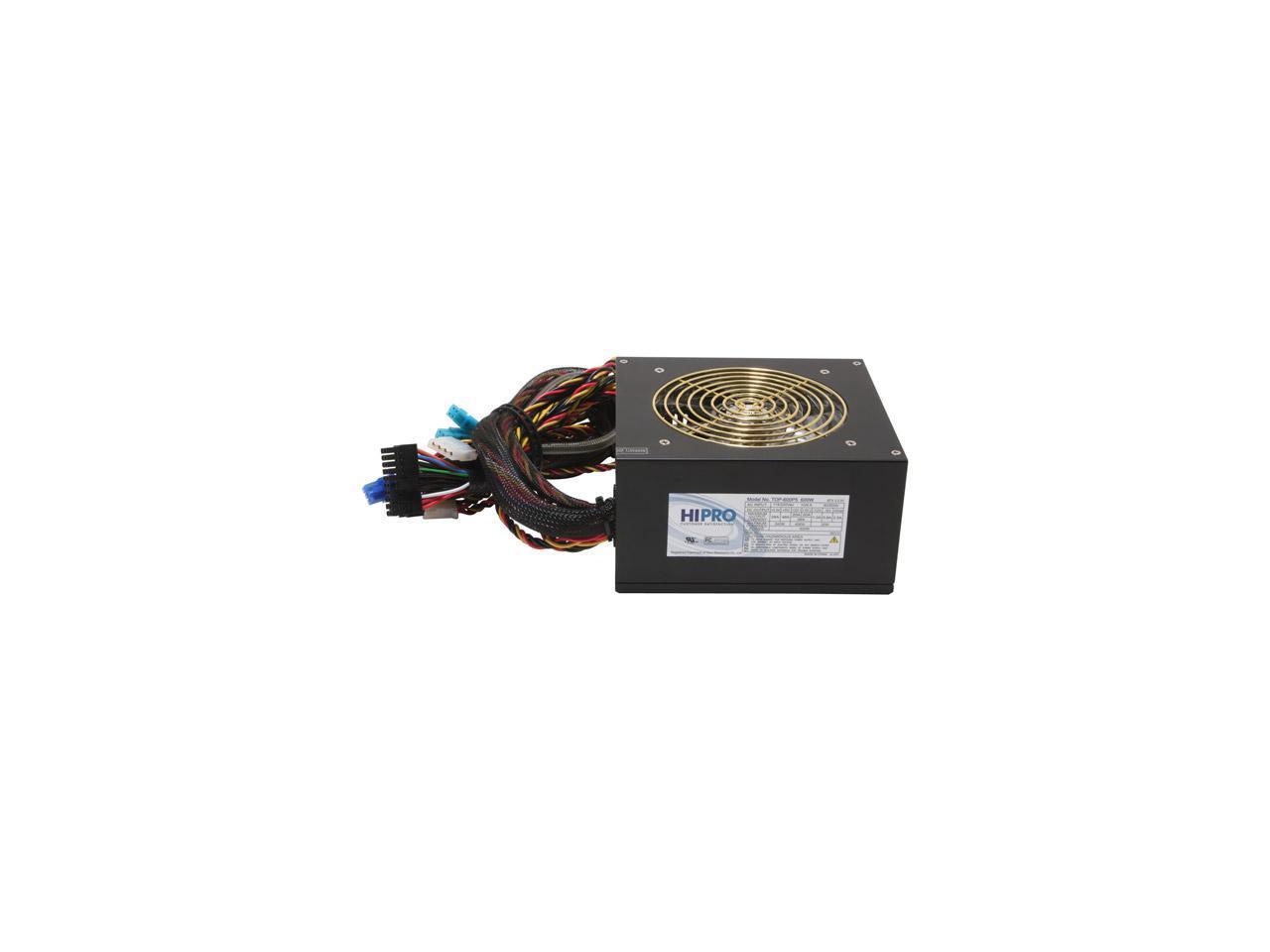 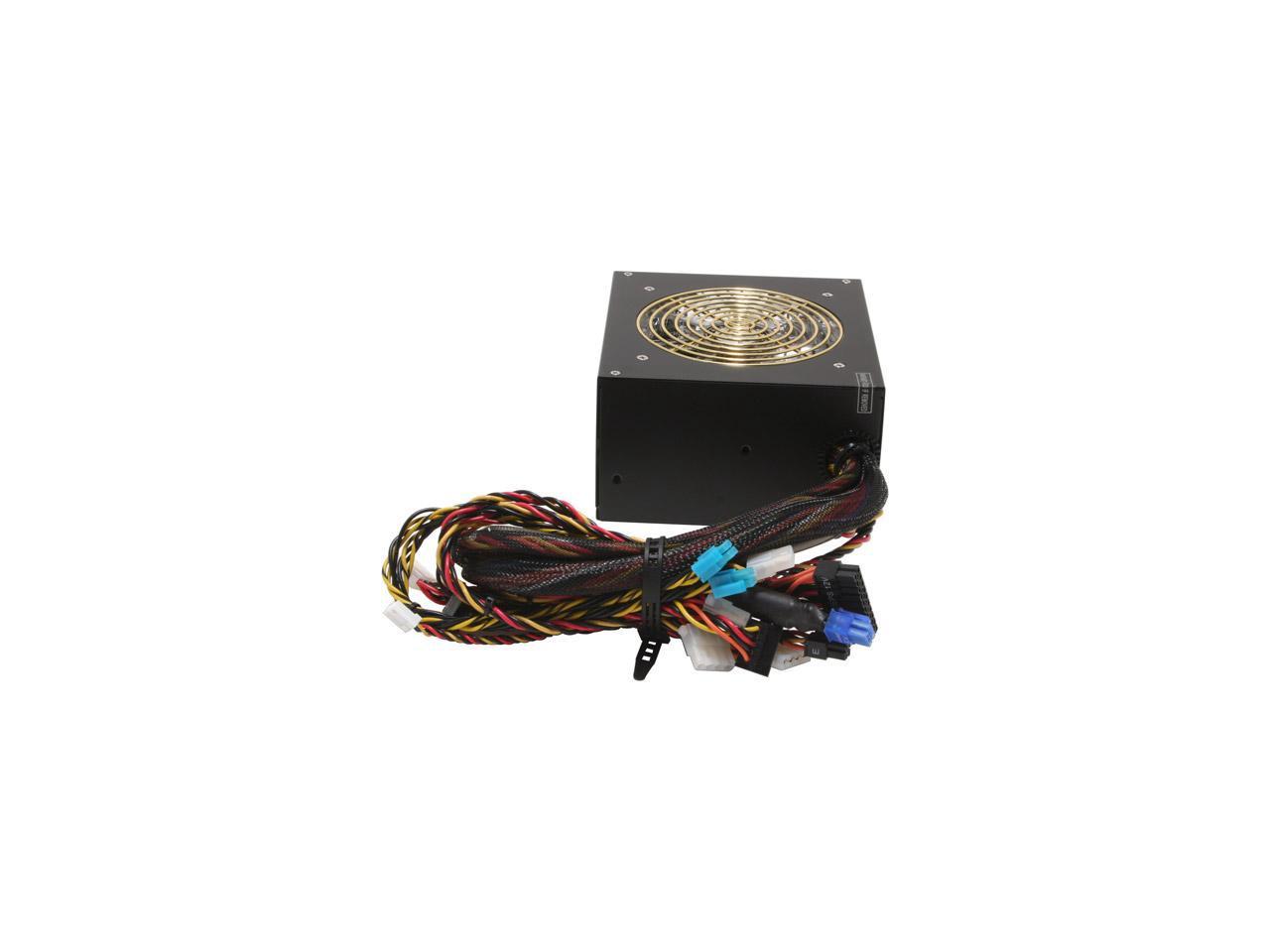 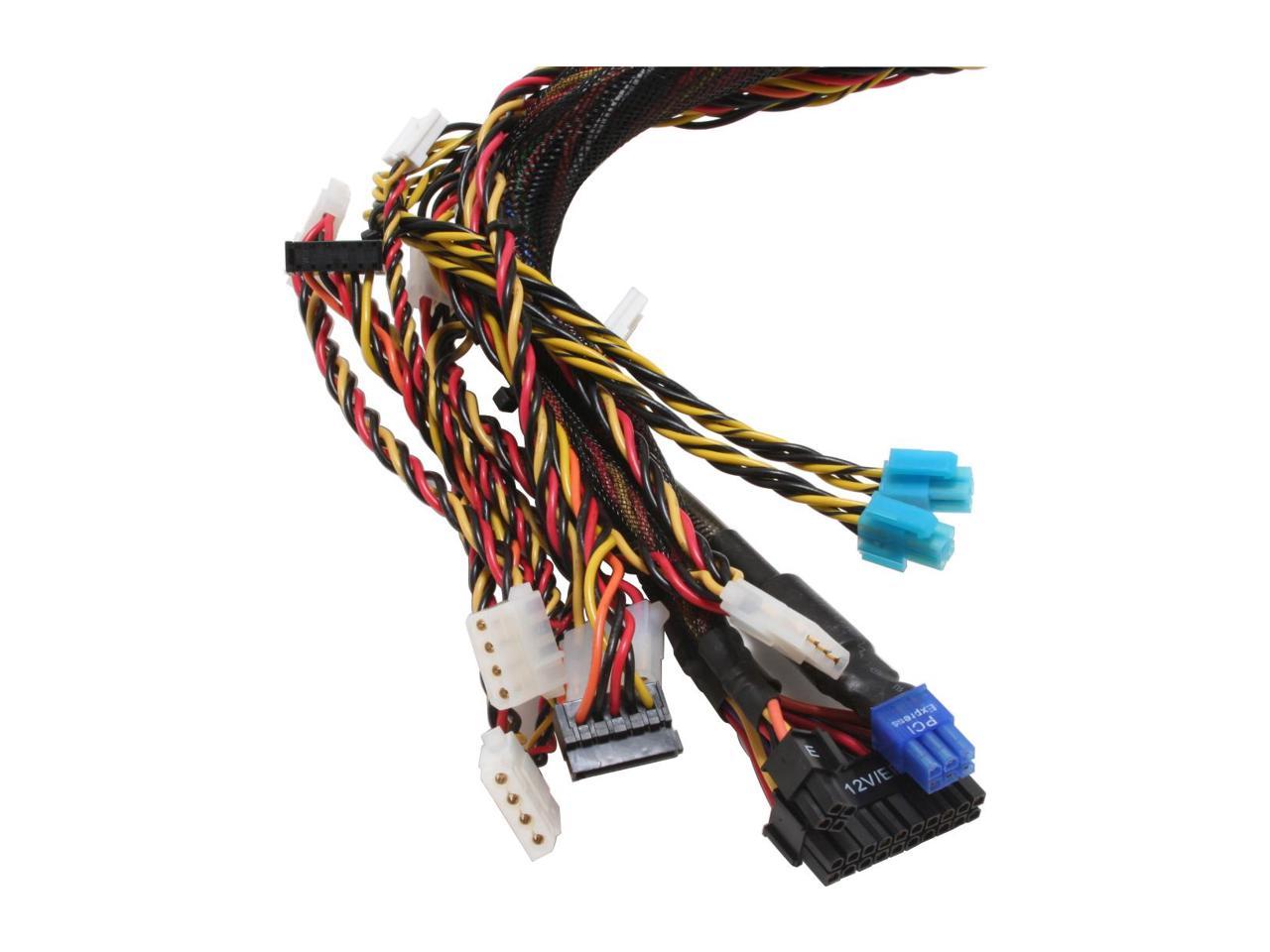 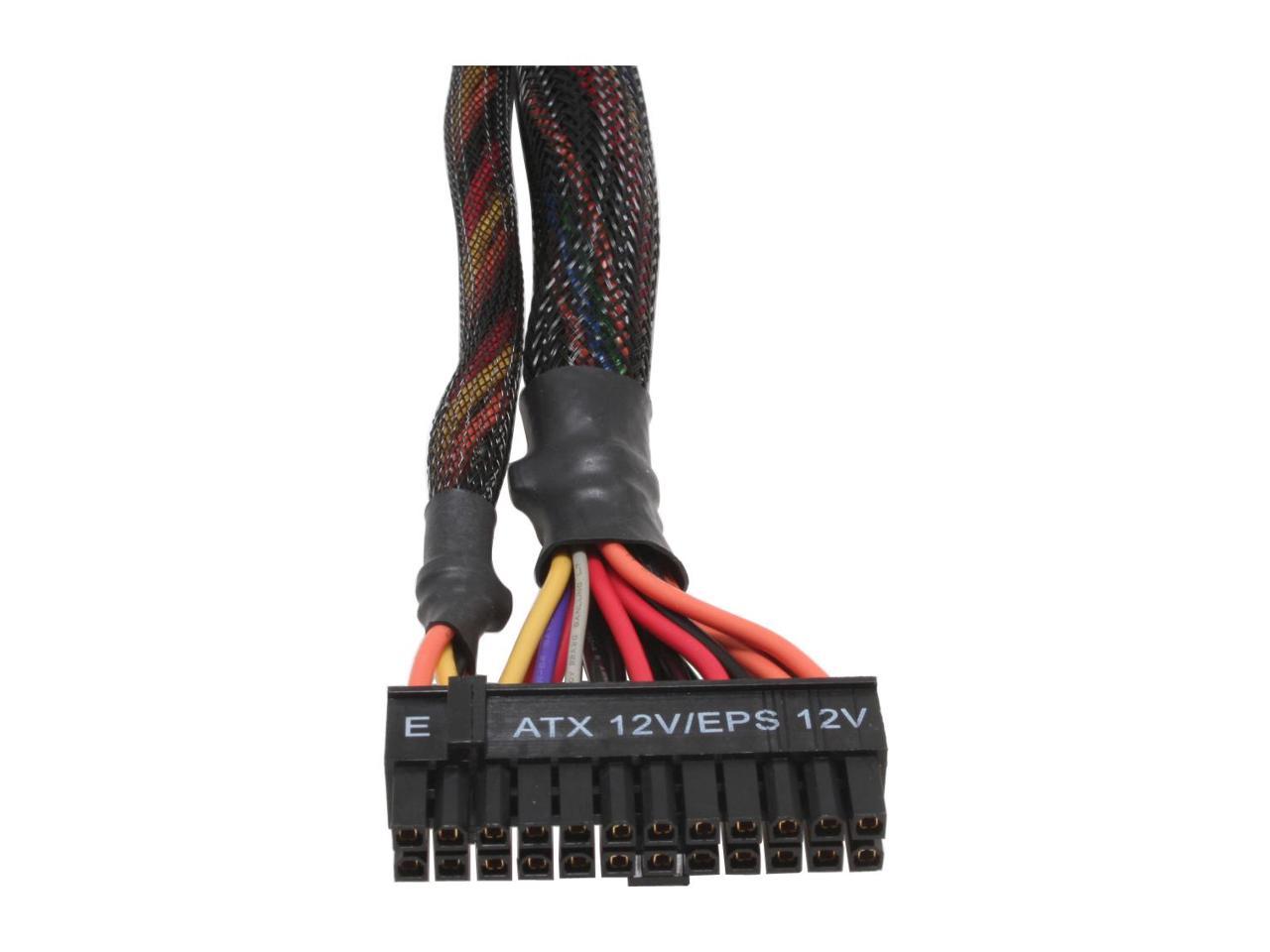 Overall Review: If you look at the model number, you see "TOP-600" "OEM". That's exactly what it is, a 600W Topower OEM for a $xx. Topower is the same company that makes OCZ Modstreams/Powerstreams and Tagans. I tested the rails under different loads with a multimeter on both single and dual rail. The +12V line dropped from 12.06V to 11.94V with a dual core Opteron @ 2.4 GHz with a priority 10 dual Prime95 load. Under 3DMark05 with an OCed X800, it dropped from 12.06V to 11.99V. The 3.3V and 5V lines did not drop below their voltages under loads. The 120mm fan with the back as a large grill is a good design and moves air well. If this power supply lasts, I give it a 6 out of 5.

Pros: Heavy!! Quiet and cool! Smells highly of quality. Rails are rock steady at +5% for each voltage. Option to split +12V. PFC works great. More connectors than you can shake a stick at! It's black.

Cons: No real cons here. But looking inside it is packed to the max with electronic sensors and quality heat sinks. It looks too cramped. Short a few 4 pin Molex connectors. Needed more for my PCI-E video card and SB Audigy 2 ZS. Splitters neccessary for beefed up systems. Blue LED fan is worthless.

Overall Review: Overall a quality power supply. It does the job well. Get it now! I looked at other P/S's on Newegg but this one is the best hidden secret on this site.

Pros: none, absolutely NONE

Cons: When I got this PSU in December, it smelled like burn, when I put it in, it took my GIGABYTE DS3 motherboard and my Intel e6300 with it and some how it fried itself what the hell? I tried to jump start it with a paper clip, than I even tried to buy a pre made jump starter from a different website, and it still didnt work, I can honestly say this is the worst PSU I have ever used I took this to a computer shop, got charged xx amount of money for inspection and they (people @ store) told me the capacitor was busted.

Overall Review: if your's smells burned, DONT PLUG IT IN but also dont get confused from the "oh cripes its burned smell" and the new smell. DO NOT GET THIS POWER SUPPLY, THE POWER SUPPLY IS THE MOST IMPORTANT PART IN THE PC, DONT CHEAP OUT ON IT IF ITS A HIGH END PC, get a nice O** or something along those lines from a well known company and also get this, I called HIPRO and they never picked up, I called and after like 20 rings, I put the phone on my bed for me check out later, came back about 40 minutes later, and for some reason it was STILL RINGING

Cons: None that I can really think of.

Cons: Nothing I know of

Overall Review: Low understanding of product, but no problems on my end

Pros: Stable. With voltage monitors, I only notice <2% voltage fluxuations while gaming, or with CPU-intensive tasks. Three 12v rails. All rails are a small bit above the stated voltages (12.07, 3.36, 5.04). Never drops below advertised values. Open air design allows good flow and exhausts heat. Blue LED fan is nice (just not in my green case).

Overall Review: This unit is quite weighty. Compare it with your stock crapola $20 PSU. You'll definitely see the difference.

Pros: Running extremely well in a power-hungry home file server, 5 hard drives, 2 DVD drives, and a PCI-E vidcard. It just feels like a quality piece of work, this device is heavy! Tons of power cords with plenty of reach for even the most convoluted chassis.

Cons: I have no real need for a blue glow to eminate from my power supplies, but if thats your thing then here you go!

Overall Review: Gave this manufacturer and model a whirl while looking for one of the cheaper 600w PSUs available, my expectations weren't extremely high coming into this. I've been very happily surprised at how good of a power supply this turned out to be.

Pros: How can you tell a good psu? When u have a hot running p4 overclocked to 4.1ghz on stability test and the air blows out not hot! Check any good Silver.. psu they blow cool air. Check any cr@py oc.. psu and very hot air blows out on idle. Psss do not tell anyone about these psu's they all sold out!

Cons: Only one pci-x but you can use the 4 pin to make another no biggy!

Overall Review: Nice cable wrap on the main atx line. Wires pretwisted when drawn togher with ties nice looking. No unflexable modules like oc.. - i just pulled that one out. I know Hipro is good stuff i had one in Hp that ran for 5 yrs. If you need to cut cost this is best psu for a single gpu system i have hooked up 7950gx2 and x1900xt's with out problems.