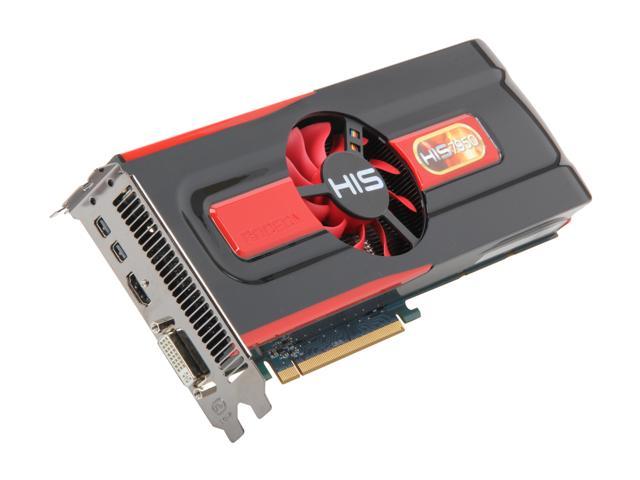 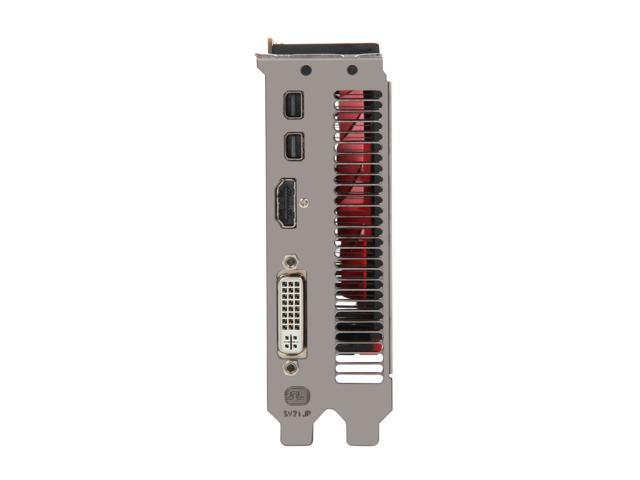 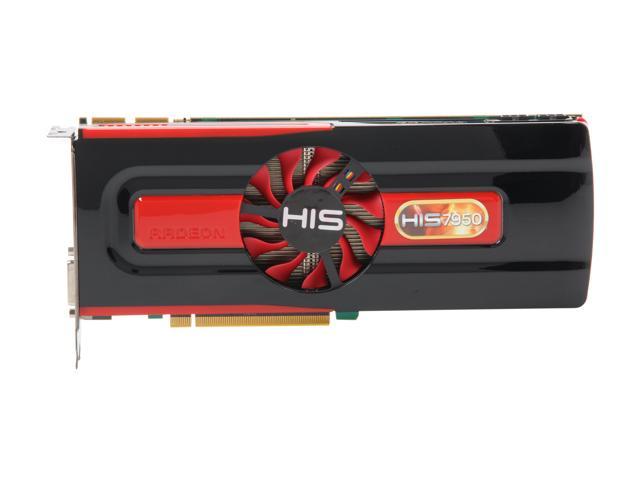 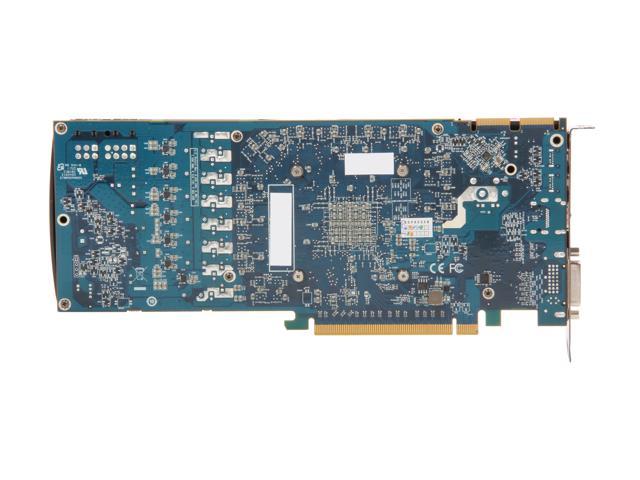 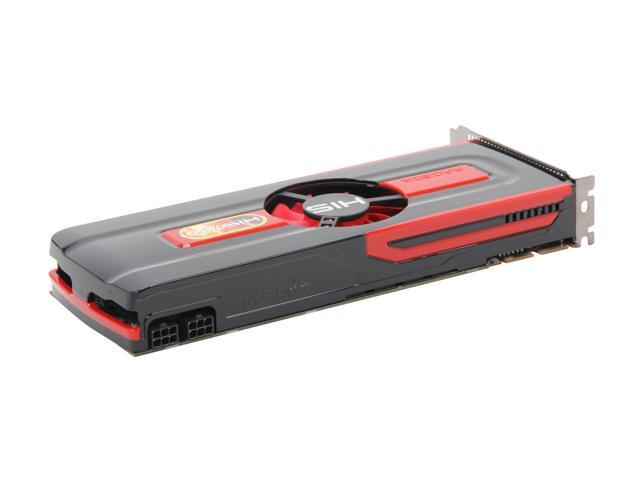 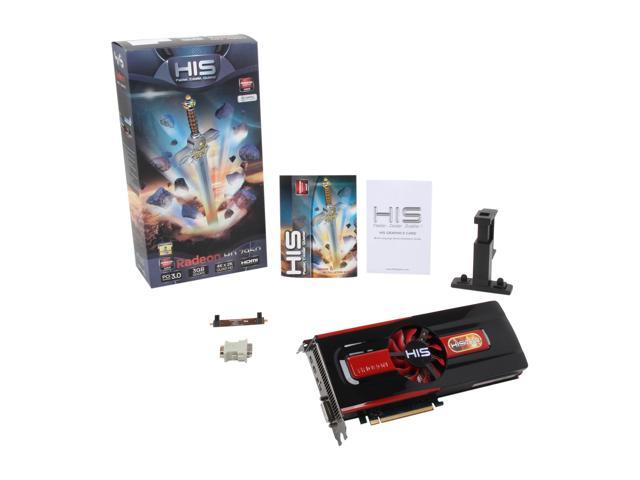 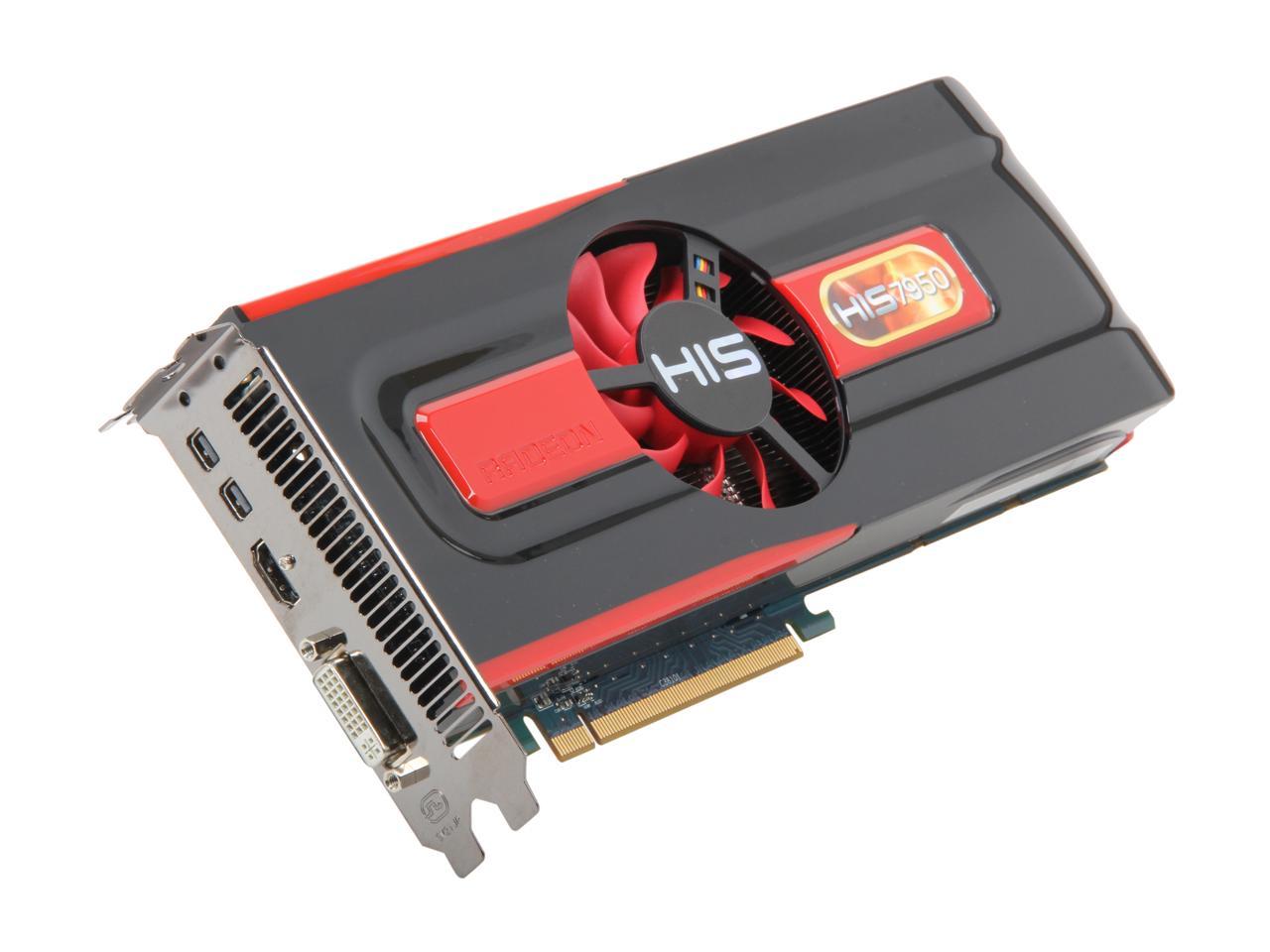 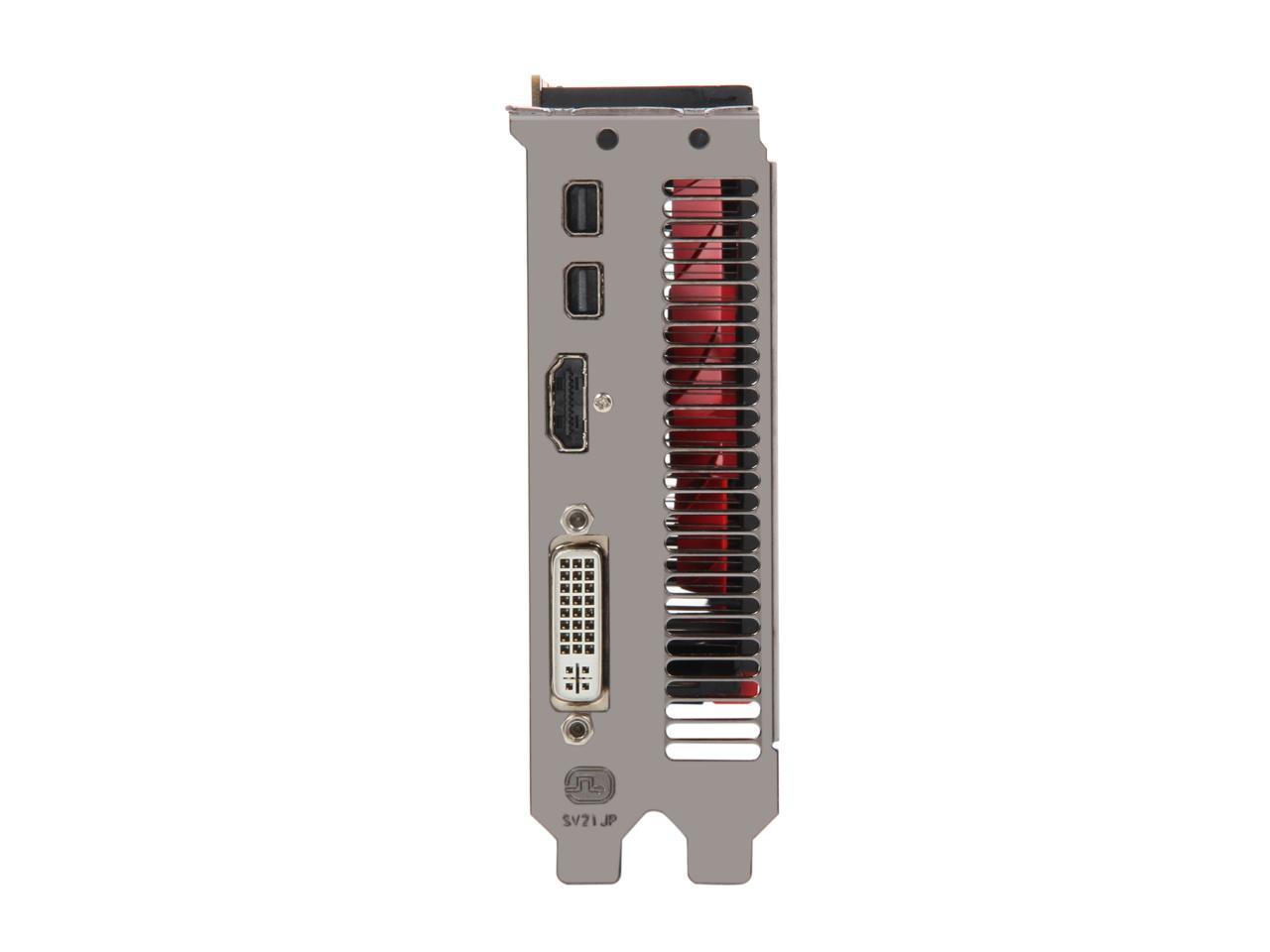 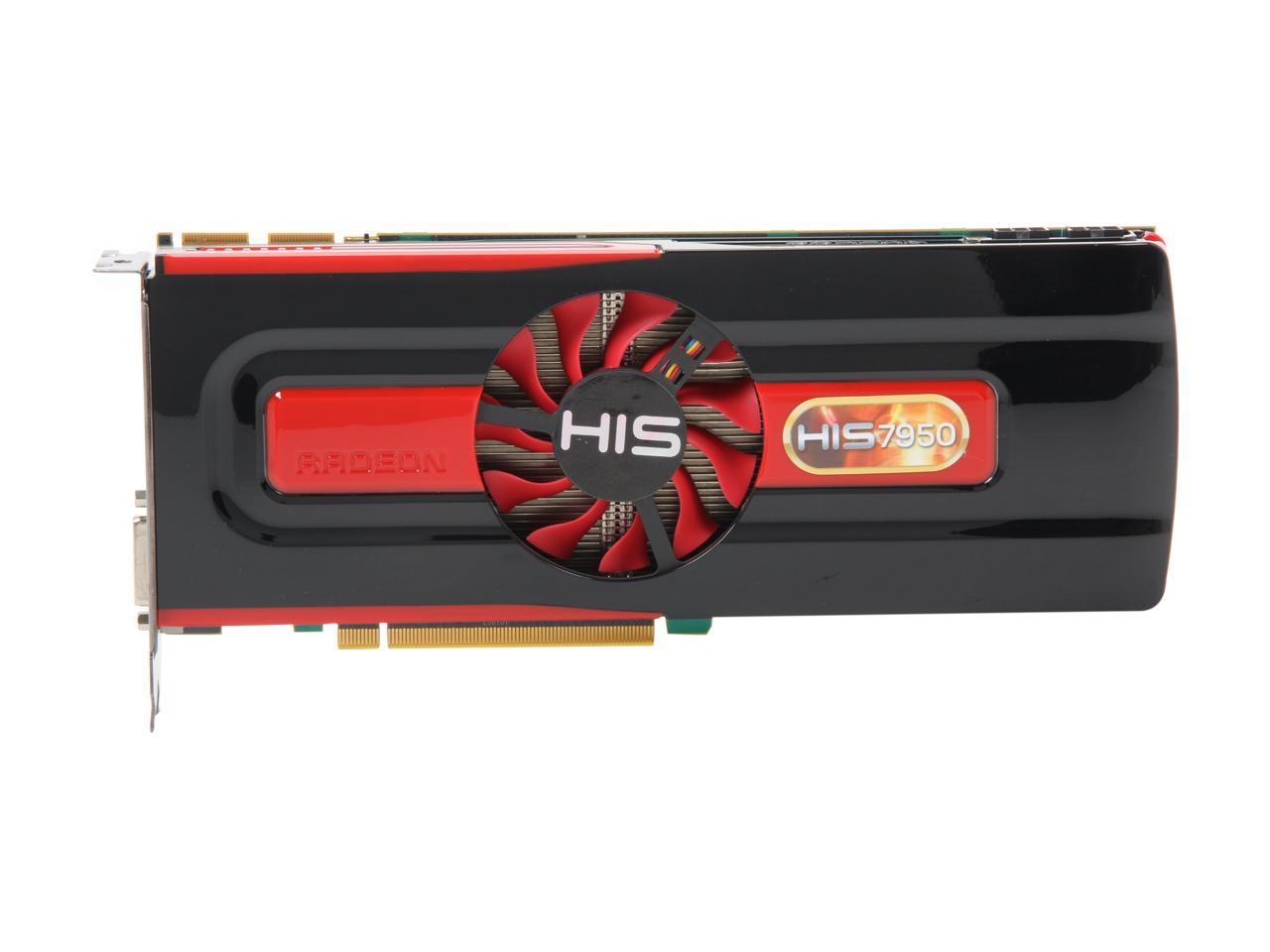 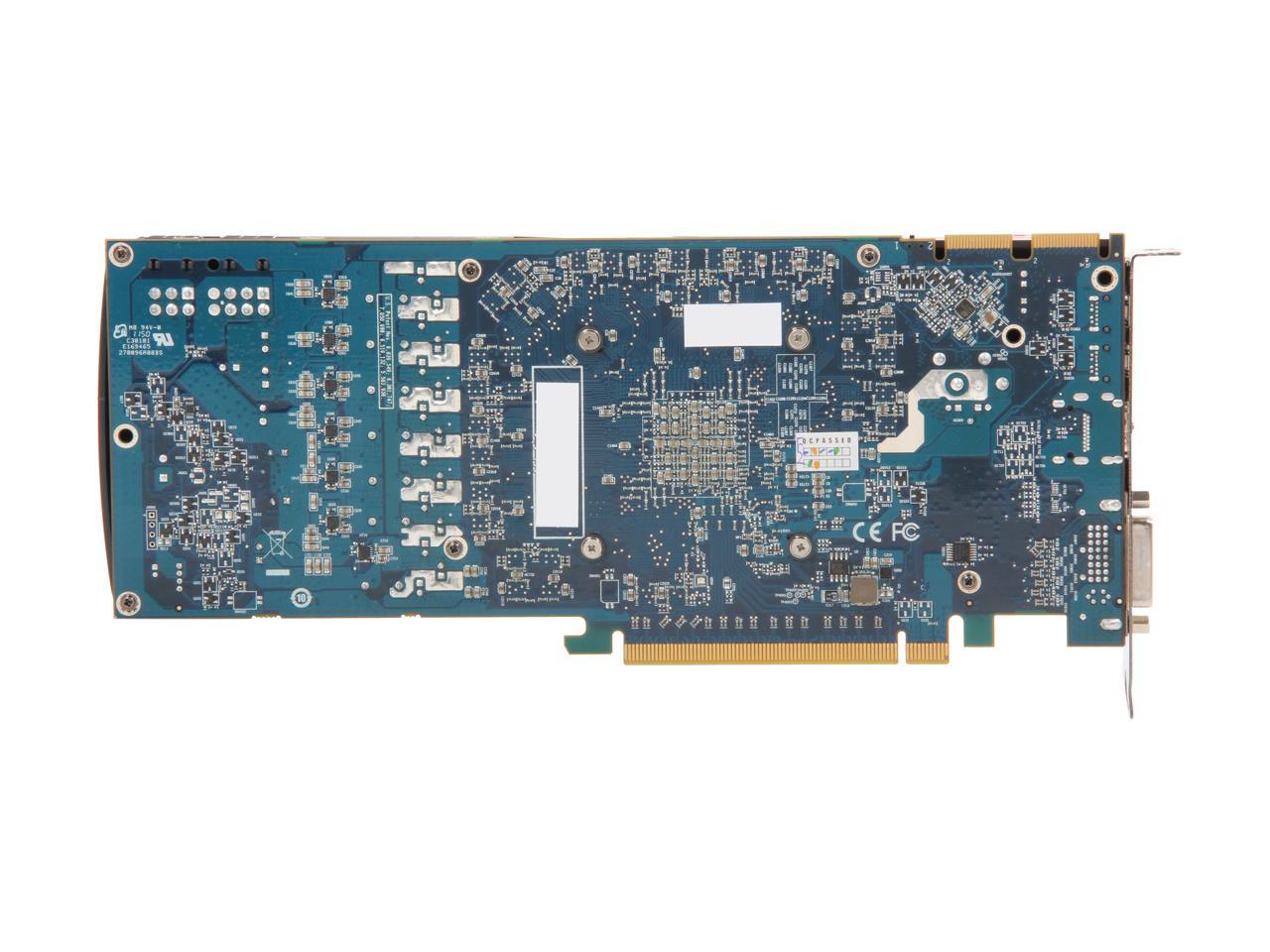 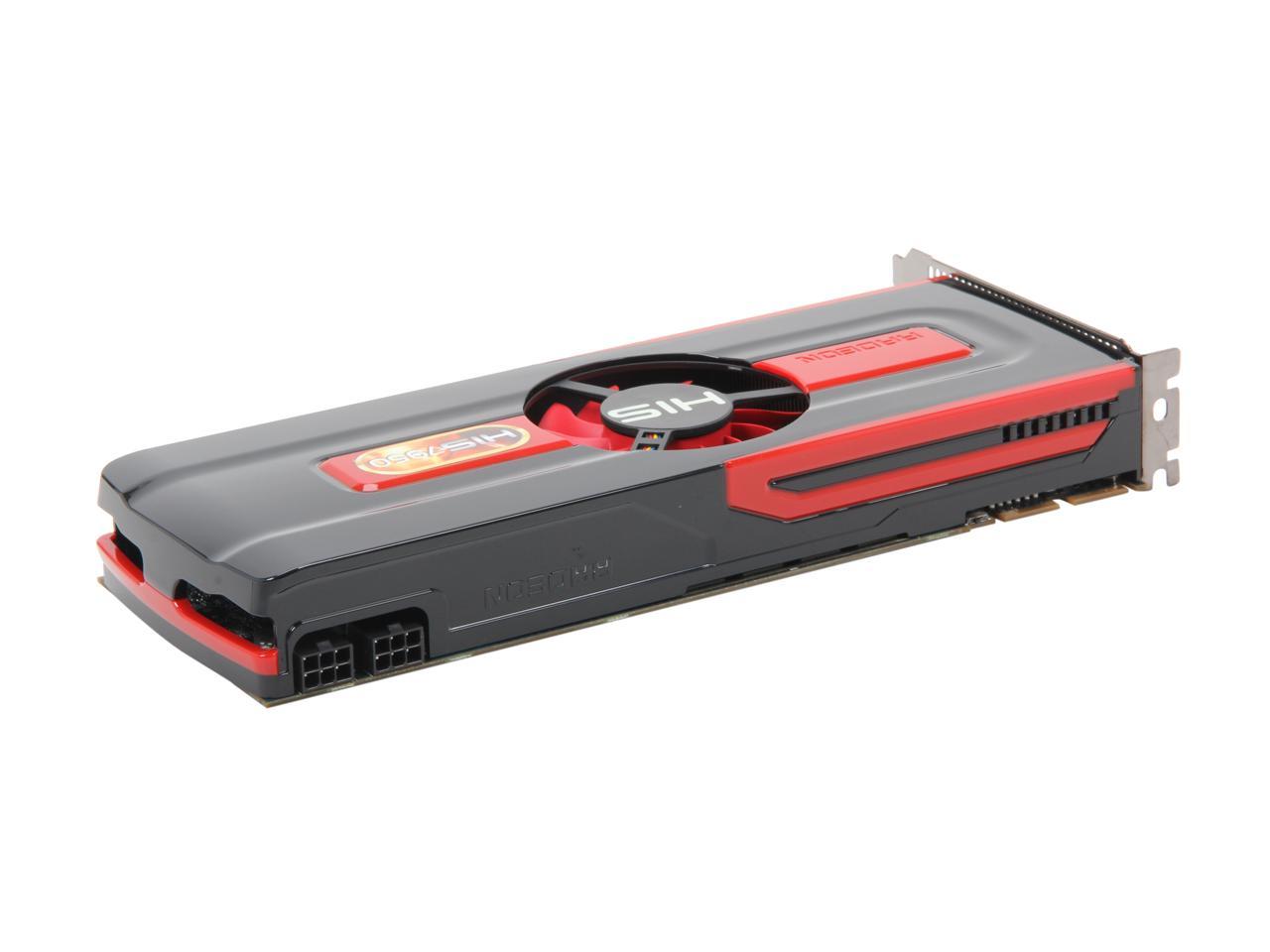 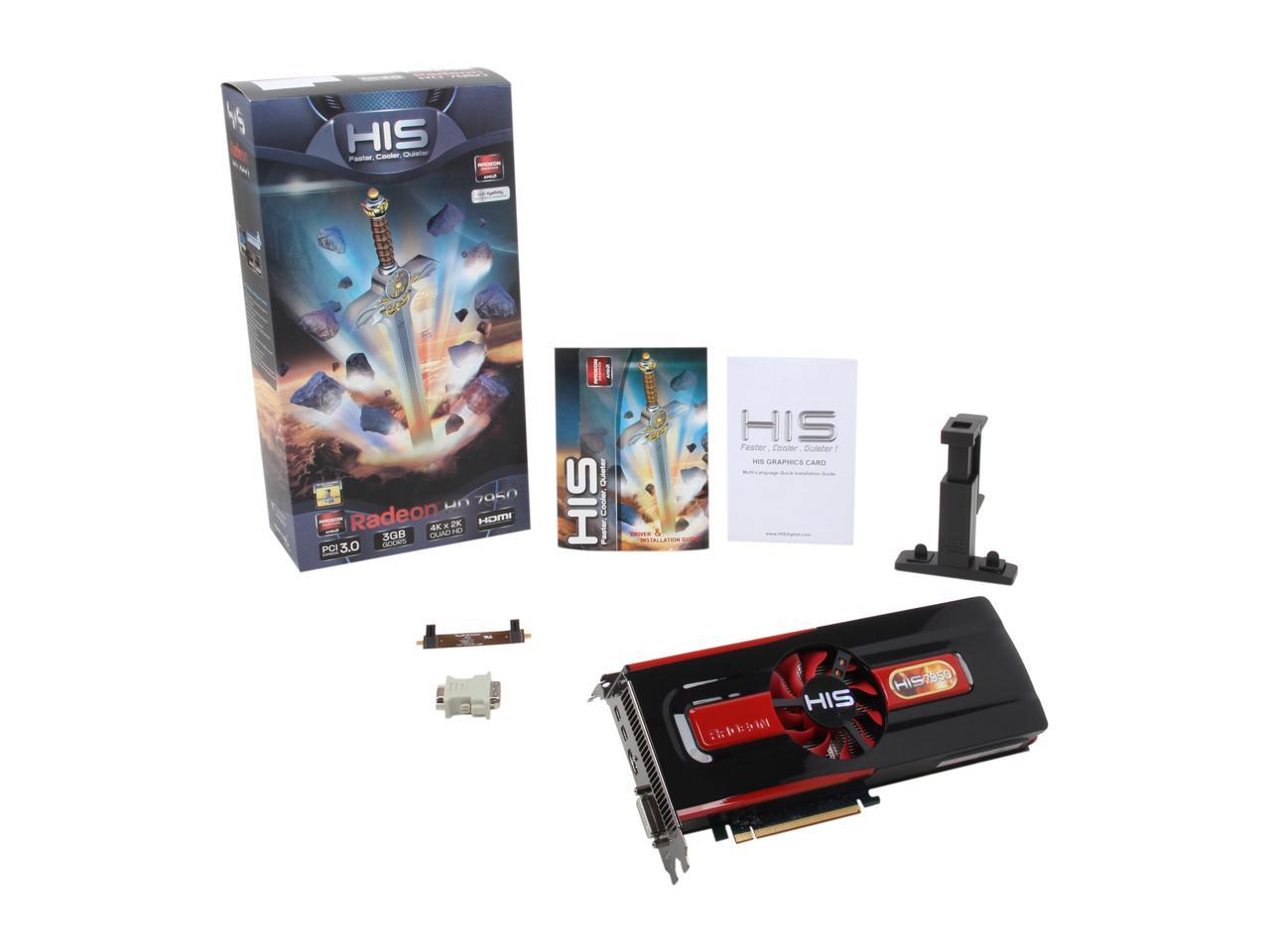 HIS HD 7900 series graphics cards harness the visionary GCN Architecture. As the world’s first 28nm GPU, the HD 7900 series is primed to enable astonishing performance and breathtaking image quality, making it the only solution for gamers who expect the best.

The next generation of AMD Eyefinity technology is here, featuring all-new support for stereo 3D, universal bezel compensation and brand new display configurations. Armed with the new PCI Express 3.0 standard, multi-GPU configurations with AMD CrossFire technology are just another way to obliterate the competition with the revolutionary AMD Radeon HD 7950. Fold and mine faster than ever with AMD App Acceleration powered by the unprecedented 28nm GCN Architecture. The market isn’t ready for 4k video, but Radeon is. With full support for 3GHz HDMI and DisplayPort 1.2 HBR2, the AMD Radeon HD 7950 is set for quad HD.

Pros: Very powerful, 3 Gb ram, overclocks well, looks good, cools great, quiet. I cant complain really. It does what it says it does. Drivers work fine. Running a i5 2500k W7 64 Its quieter and cooler than my 6870

Cons: I like this card so much that I already want twins after 3 days. Must wait for kepler for the price drops first.

Pros: Very strong for the price. Hasn't caused me any issues yet, plus it came with 2 free games. Stays relatively cool during max load despite having minimal cooling capability. Also has a nice 3gb of VRAM which is great for pumping up texture quality.

Cons: Only one fan for cooling over a big heat sink. Fan also does weird things like rev up loudly at random times when the computer goes to sleep mode.

Overall Review: Very powerful card for the price. Shame they aren't in production any more.

Cons: The fan died three months after purchasing the product. Sent the card in for an RMA not through HIS, but through a third party contracted out on HIS' behalf. After spending so much money on a card, you expect it to work for a few years, not for a few months. Also, ran the card only on stock settings.

Overall Review: Again, overall a decent card for the price, while the fan still worked. I am lucky I was paying attention, or I likely would have burned out my card with no fan cooling the heatsink.

Pros: For being a little brother in the series, this card is very reliable and blows my old 9800 out of the water by a longshot. It scored pretty high in furmark, but not as high as I thought. But I sort of expected that.

Cons: it runs a bit warm in a machine with tons of cooling options, but it never has gone into a dangerous level of temperature, usually ranging from 45c to 67c.

Overall Review: This is a quality card and HiS could have done more for the cooling, but it's not enough to strip an egg.

Cons: runs hot at 82c most of the time in full load thats per card. would be 5egg but the heat is a little problem.

Pros: It's a beast of a card. It handled all of my needs while it worked.

Cons: My card caught fire after about a year of usage. The PCB is noticeably scorched. I submitted it for RMA but I have had no response. I will not be purchasing another HIS card.

Pros: Ran games fine for how long it lasted

Cons: Ran pretty warm. This graphics card died within a couple of months right in the middle of a game. I had high hopes for this card. I've never owned a HIS card, but now I know the quality of their work. I had to revert back to my 7870 because my computer wasn't functional anymore. I learned my lesson. Never buy an HIS graphics card again.

Manufacturer Response:
Dear Valued Customer, We are sorry for your situation and suggest you try to check following steps. 1. If possible verify the HIS graphics card on another working system or verify another working card on your motherboard. Need to ensure that the platform is no problem. 2. If you need further assistant, please feel free to contact our customer service department directly. Best Regards HIS Customer Service (webenquiry@hightech.com.hk)