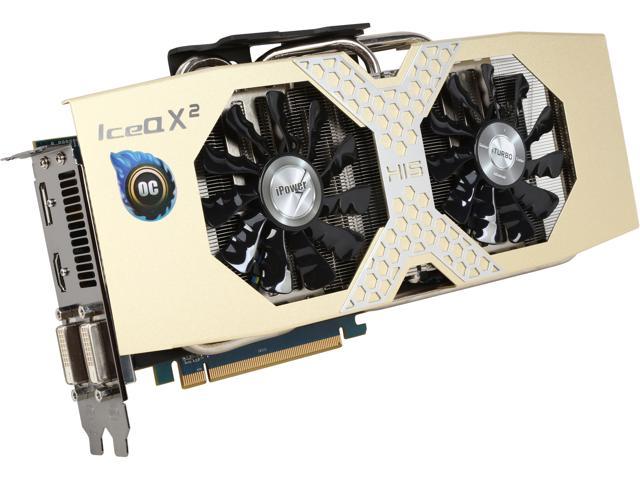 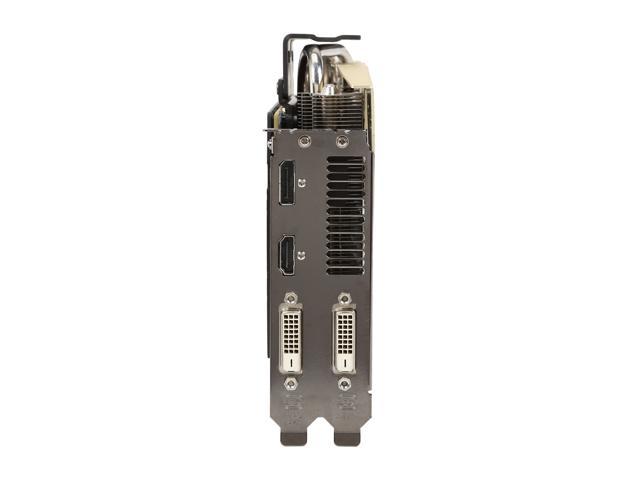 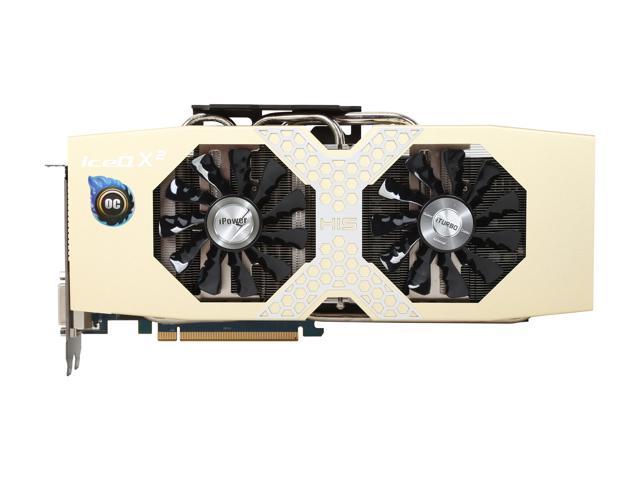 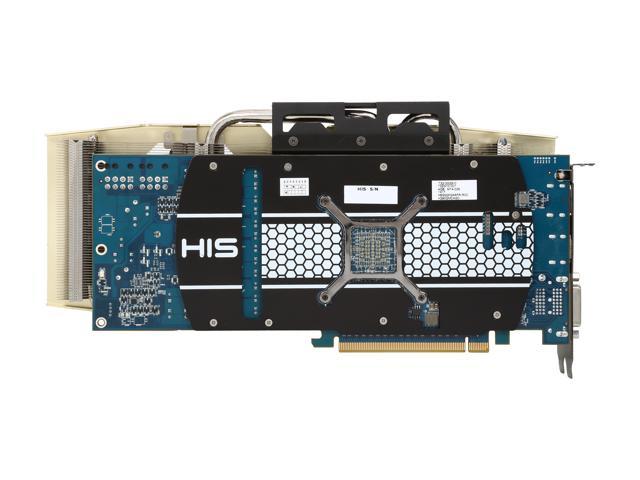 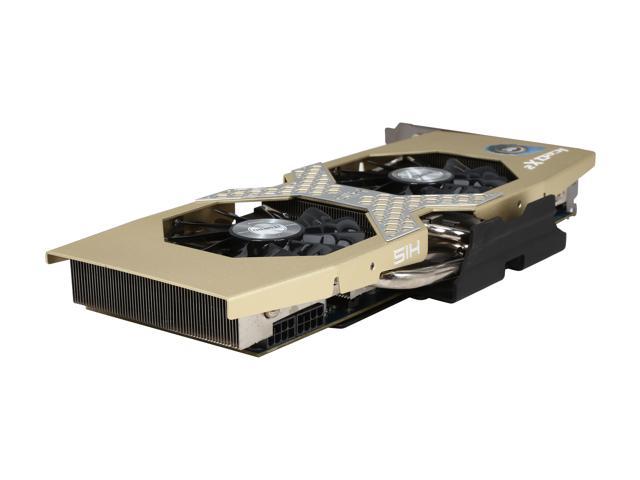 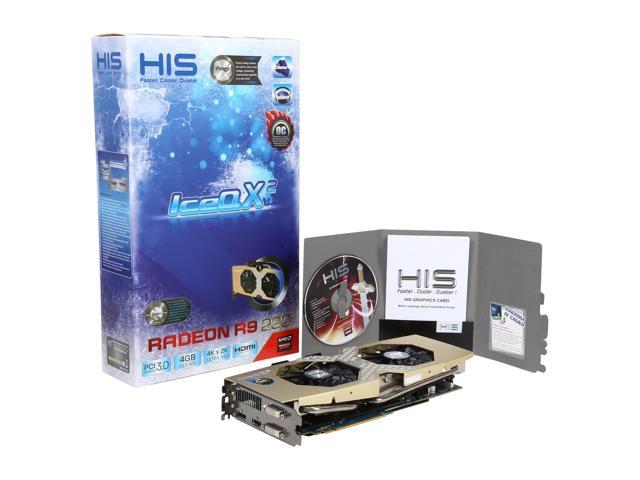 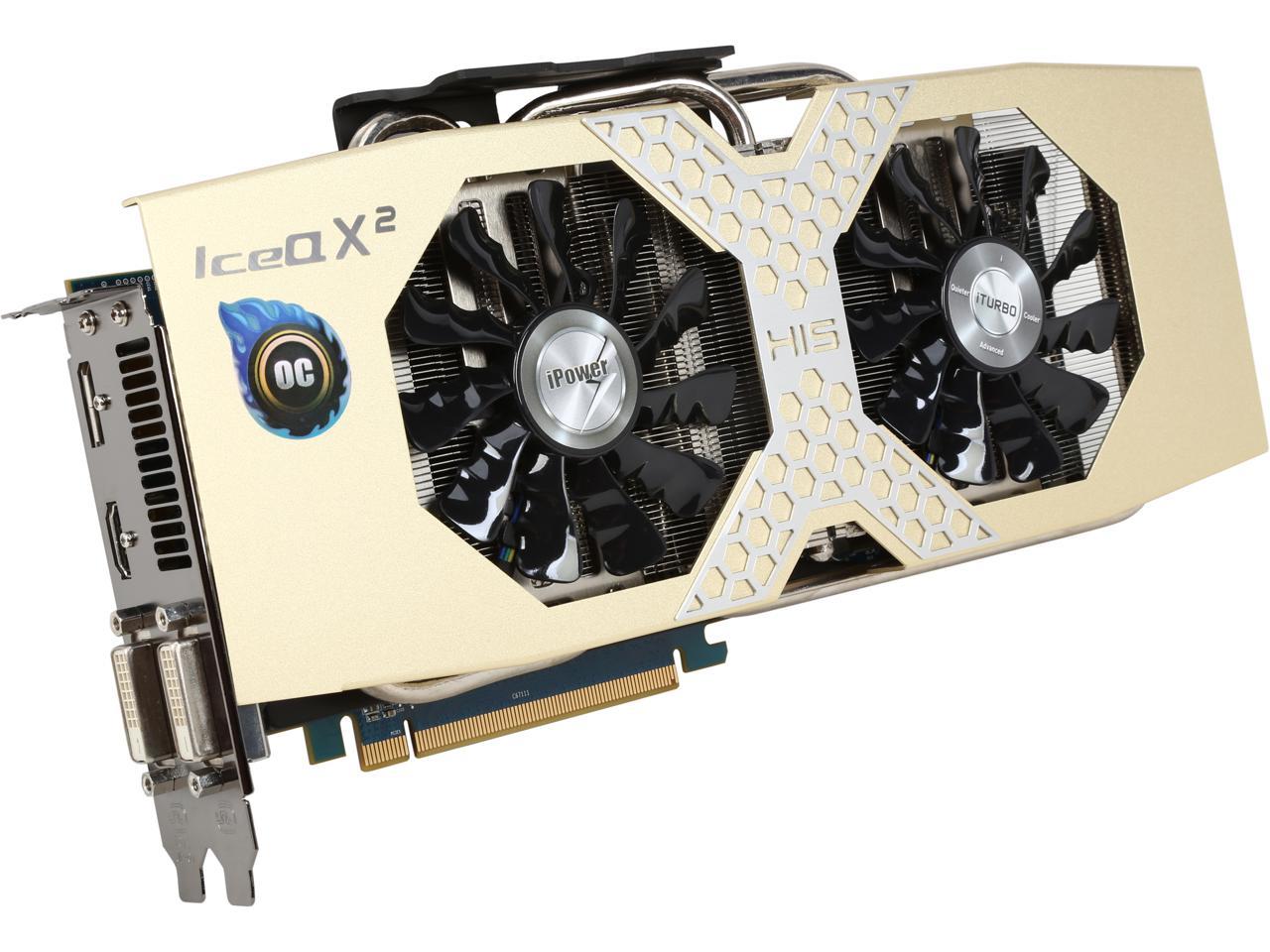 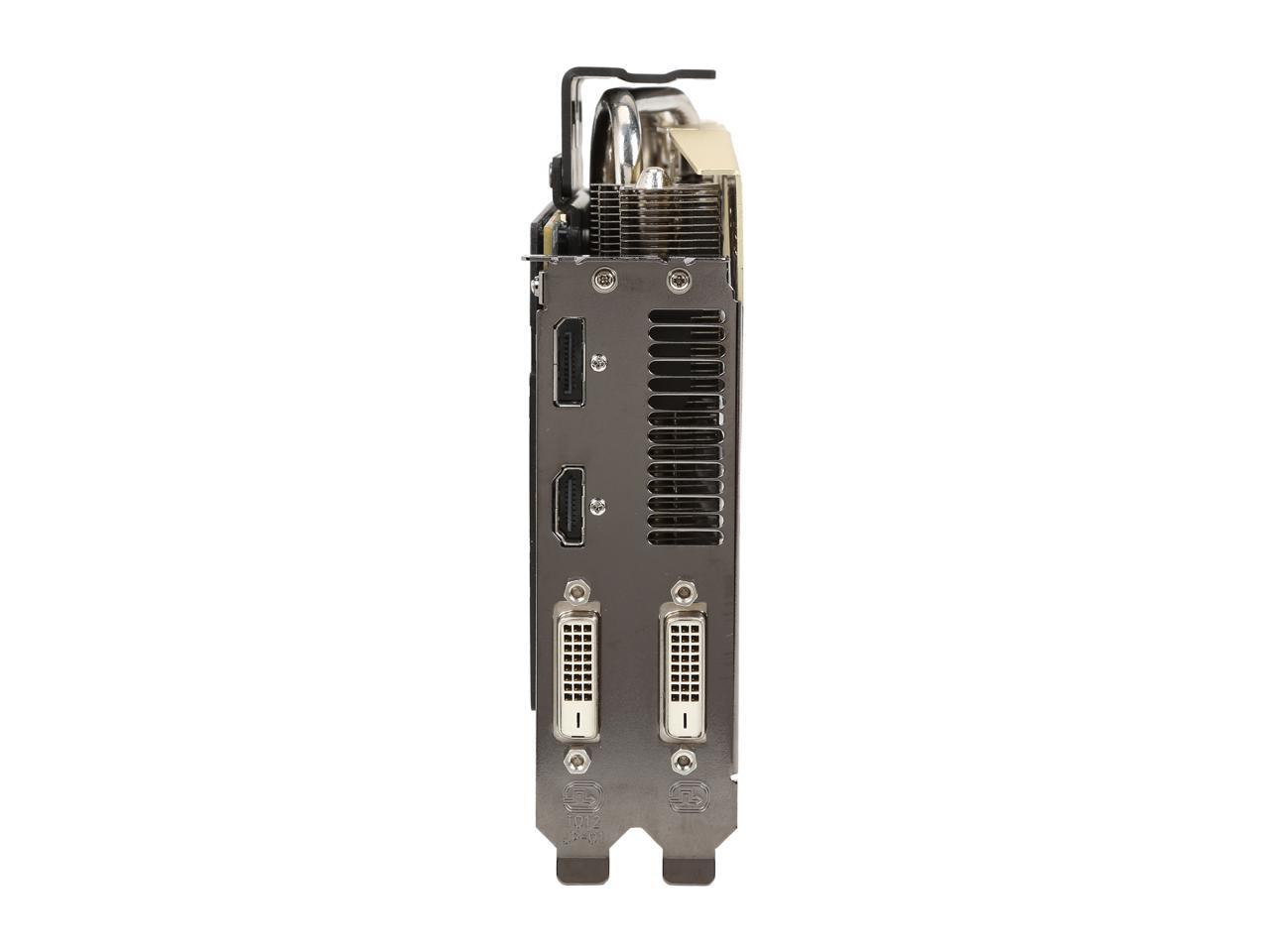 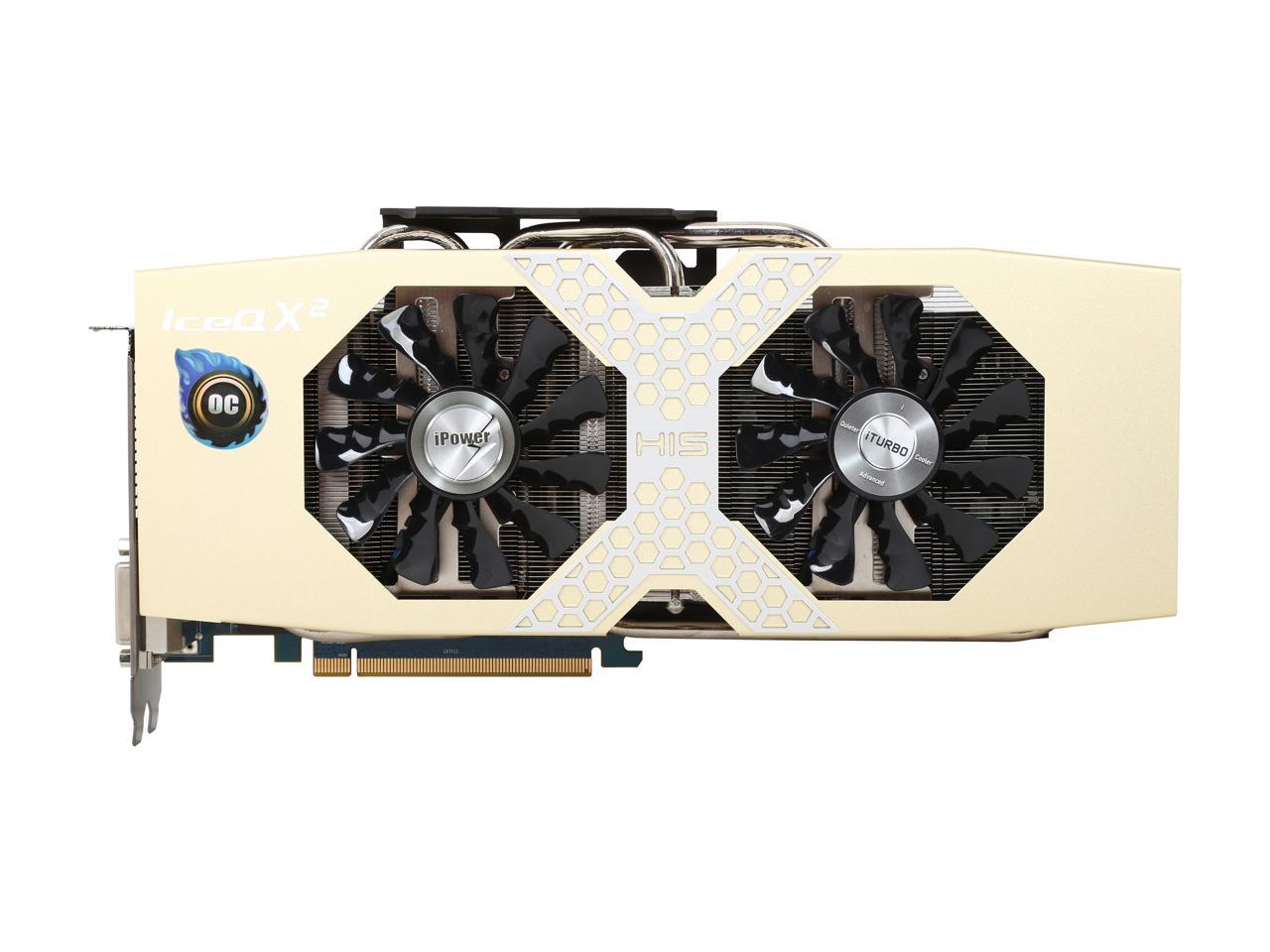 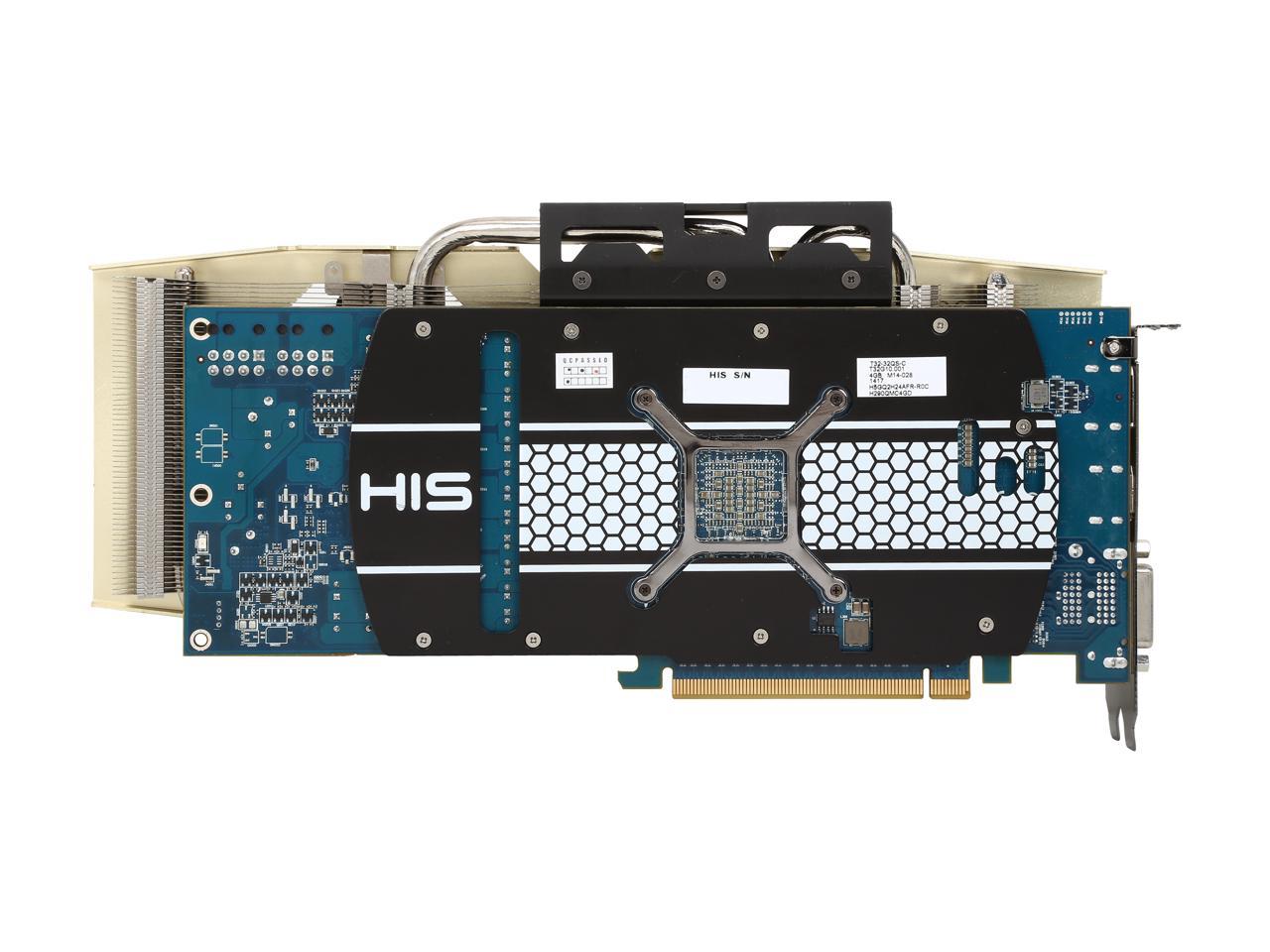 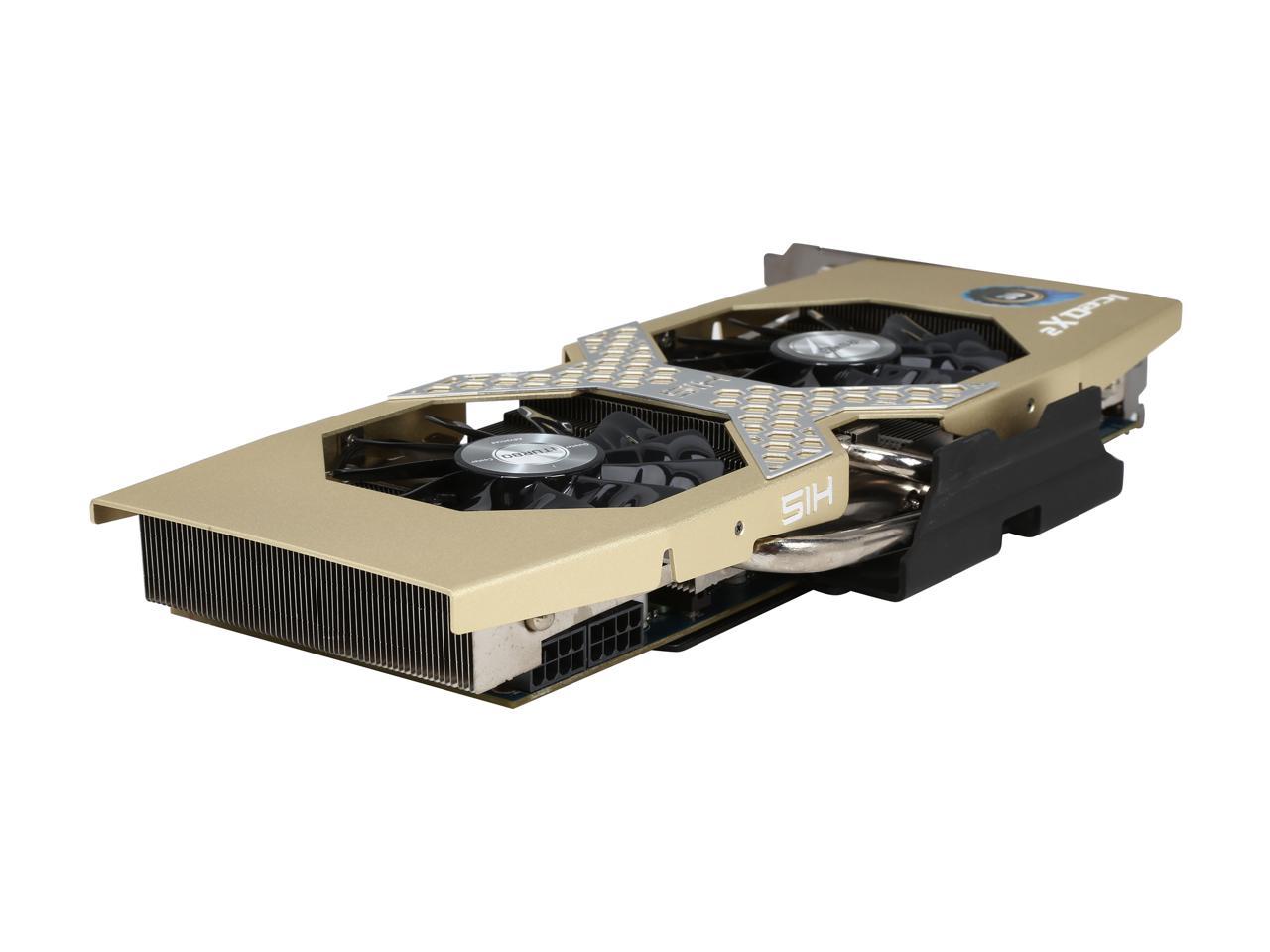 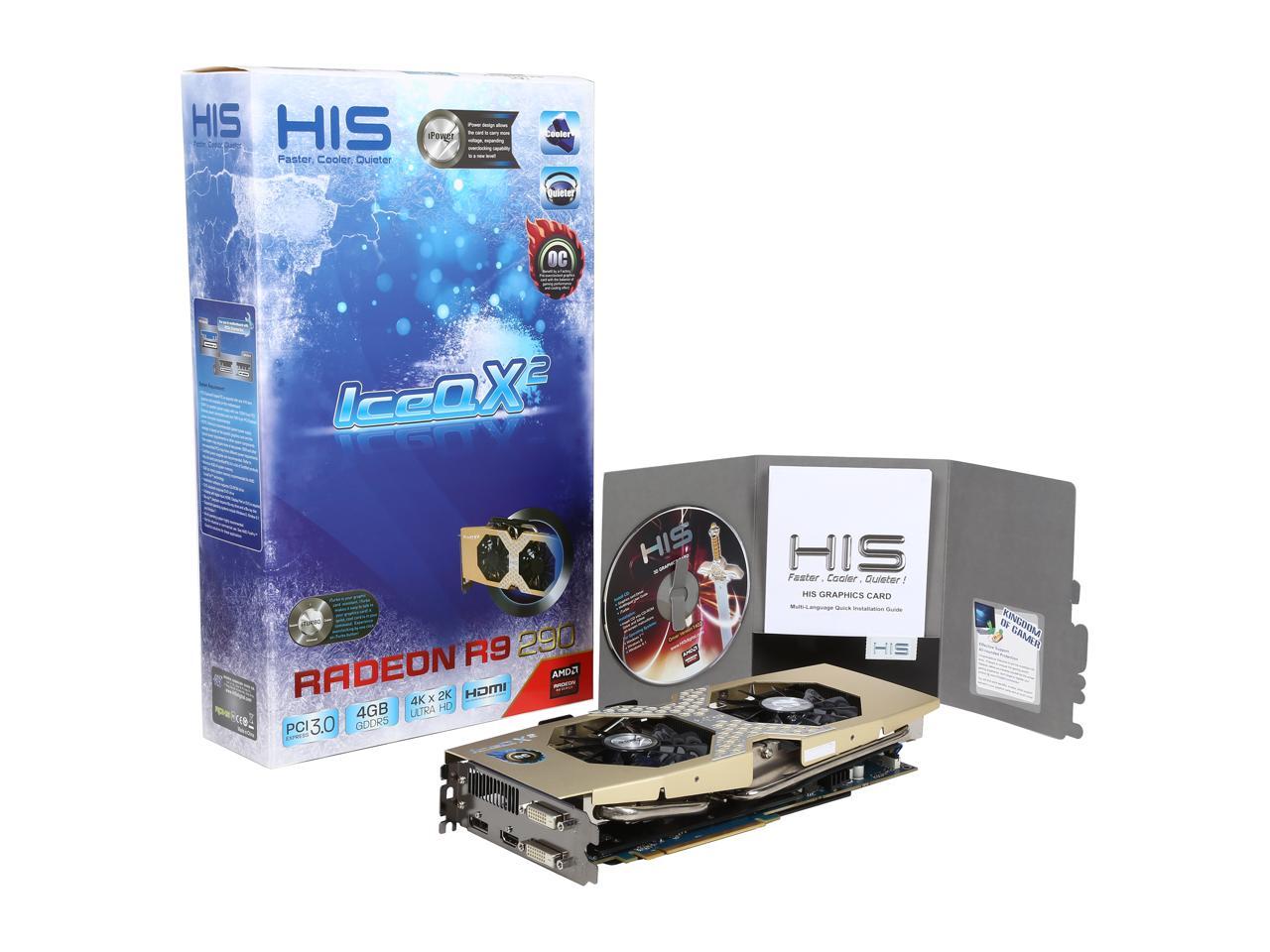 Pros: Super cool, super powerful. Just had a full session of gaming on max settings and resolution about gpu temp was 42c....thats astounding. The first card i got was defective and had to be RMA'd. Replacement card is truly flexing its muscles. My first review was a very poor one, as i was very aggravated that it was defective, this one is a different story now that i have a working one

Cons: Very large, I had to remove a HDD bay to get it in my midsize tower. Very power hungry, requires to 8-pins

Overall Review: the RMA process while its annoying to have go through, was handled accordingly.

Overall Review: I just wanted to give a follow-up from my last review. I had RMA'd one of my HIS ICEQ 2x R9 290s after my system started black-screening and hanging. After weeks of testing every component and reinstalling Windows 7 I removed the card and put it in another system. The new system started hanging and black screening just like the first so I RMA'd the card. TO HIS's credit they sent me an RMA number and replaced the card no questions asked. They sent me what looked like a brand new card - in new packaging. I installed it in my system and it works fine, except this card performs even worse than the other two ICEQ 2x cards I had originally purchased and reviewed! I don't know what it is but I did notice that GPU-Z reports the new card as having Samsung memory. I have seen R9 290s with Elpida and Hynix but not Samsung. I don't know how good or bad Samsung GDDR5 is but its something I will look into.

Manufacturer Response:
Dear Valued Customer, We are sorry for your situation and suggest you try to check following steps. 1. If possible verify the HIS graphics card on another working system or verify another working card on your motherboard. Need to ensure that the platform is no problem. 2. If you need further assistant, please feel free to contact our customer service department directly. Best Regards HIS Customer Service (webenquiry@hightech.com.hk)
Trent W.
Ownership: 1 month to 1 year
Verified Owner
Great When it works6/1/2015 9:39:18 PM

Pros: Powerful card. Ran pretty much everything i could throw at it at maximum graphics. Never noticed any real slowdown. Looked nice in the case. Not as loud as expecting given its size/

Cons: The card has the dreaded black screen video loss, which apparently effects the 290/290x series of cards, that i didn't learn about til after purchasing the card and using it. Card runs games usually for 30 minutes to an hour, then loses video. Ive spend many hours reading forums and trying different solutions to no help. I tried windows 7 and windows 8, almost all the latest amd drivers/beta drivers in different configurations, updated bios and chip sets, underclocked the card, carefuly watched card temperatures/ fan controls, tried in different machines, changed bios voltages, etc. You name it, i tried it. Nothing worked.

Overall Review: You just have to hope and get lucky that your card doesn't come with this defect. Its a solid card when working.

Manufacturer Response:
Dear Valued Customer, We are sorry for your situation and suggest you try to check following steps. 1. If possible verify the HIS graphics card on another working system or verify another working card on your motherboard. Need to ensure that the platform is no problem. 2. If you need further assistant, please feel free to contact our customer service department directly. Best Regards HIS Customer Service (webenquiry@hightech.com.hk)
Nelson B.
Ownership: 1 week to 1 month
Verified Owner
Worked great when it worked4/13/2015 12:58:43 PM

Cons: Failed after one week of use.

Overall Review: No vga detected after a week of use. Verified installing another video card on my computer. I wish their Q.C. department would of picked this up. I'm annoyed.

Manufacturer Response:
Dear Valued Customer, We are sorry for your situation and suggest you try to check following steps. 1. If possible verify the HIS graphics card on another working system or verify another working card on your motherboard. Need to ensure that the platform is no problem. 2. If you need further assistant, please feel free to contact our customer service department directly. Best Regards HIS Customer Service (webenquiry@hightech.com.hk)
William B.
Ownership: 1 week to 1 month
Verified Owner
Great Card12/4/2014 3:23:42 AM

Cons: High power draw, make sure your psu is solid. This is big concern for me as will definitely be crossfiring this card.

Pros: The packaging was nice, and simple. The GPU itself is very quiet and runs very cool (at least in Windows). There are plenty of reviews on how the R9 290 performs in Windows, so I'll save my breath on that. In linux, I've been using the open source drivers; this GPU has obsoleted my old 2x HD5750s. Some games that are notorious for bad performance and/or are strongly optimized for nvidia (such as Witcher 2) perform great at pretty much max detail. I have a couple games that seem to be performing worse than my old GPUs, but every time there is a driver update there are noticeable performance increases. I would recommend to always turn off your desktop environment's compositor, if it fails to turn off automatically.

Cons: Though the heatsink cover design itself looks ok, I think the pale and matte yellow color is a bit weird. My case doesn't have a clear side-panel though so it doesn't matter to me. I also think this GPU easily could have replaced one of the 8-pin connectors with a 6-pin, seeing as the default overclock was pretty minimal. On top of that, so far this board appears to have a locked BIOS, making permanent overclocks either impossible or very difficult. This didn't come with any accessories even though there are slots in the packaging to include some. Not a big deal, just a little weird. I suppose supplying molex to 8-pin PCIe connectors would be frowned upon, and the GPU itself has a decent variety of display ports (though you're out of luck if you for some reason still use VGA). Also, to my knowledge, this GPU won't make it on the new "amdgpu" drivers for linux. I find this a little annoying since I will be left out on some driver features that COULD have been applied to GCN 1.1. This is no fault of HIS though. Also, as of writing, power management isn't fully up-to-par. The GPU runs about 15 degrees Celsius hotter than it does in Windows, but a future update is supposed to fix this. If you are getting this GPU for the rebate, don't. I knocked an egg off because HIS's rebate team claimed my signature on my rebate form was missing, when it was in plain-sight on the documents they had scanned on their servers. I asked them to double-check this and they didn't even reply to say "nope, too bad". While the GPU hardware is great, this is a statement of explicit neglect and poor customer service. I'm hoping nothing goes wrong with this hardware, because I'm not sure how they'll handle it.

Overall Review: In case you aren't aware, this thing is HUGE. Probably one of the biggest 2-slot GPUs you can find. It almost didn't fit in my Thermaltake mid tower. The height of the card was a concern to me, because I have an internal exhaust fan on the side plate. But, the heatsink misses the fan blades by about 1cm. If you are in a similar situation, keep in mind that black L-shaped piece of metal protecting the copper pipes can be easily taken off without affecting anything. That'll give you a little bit more space, and makes the GPU look a little nicer.

Pros: Excellent card for the price. As far as I can tell, this is probably the best performance you will get in a card at around this price point (low-mid $200s range). The card runs relatively cool and quiet for an R9 290 as well, assuming you have a case with decent airflow and manually configure the fan speed.

Cons: The card is massive and will certainly have clearance issues with a lot of cases. Additionally, it may be a bit of a risk to buy this card based off the number of poor reviews of it here on Newegg. I've had it a little over three months and have had no problems, but of course YMMV.

Overall Review: A lot of people think the card is ugly, but I actually kind of like it. It's a nice change from the standard black or black/red seen on most cards these days.

Overall Review: I RMAed this twice - and by the second time Newegg no longer had any more of these cards. This card was too good to be true.

Manufacturer Response:
Dear Valued Customer, We are sorry for your situation and suggest you try to check following steps. 1. If possible verify the HIS graphics card on another working system or verify another working card on your motherboard. Need to ensure that the platform is no problem. 2. If you need further assistant, please feel free to contact our customer service department directly. Best Regards HIS Customer Service (webenquiry@hightech.com.hk)