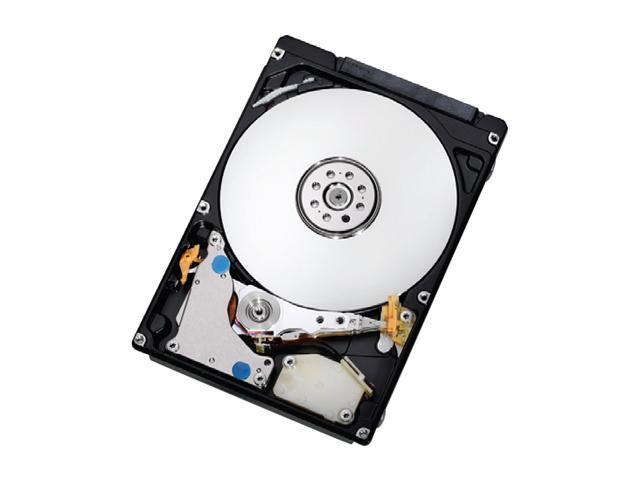 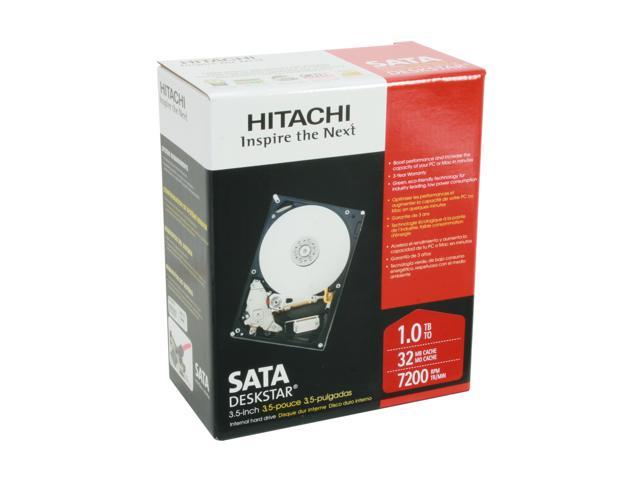 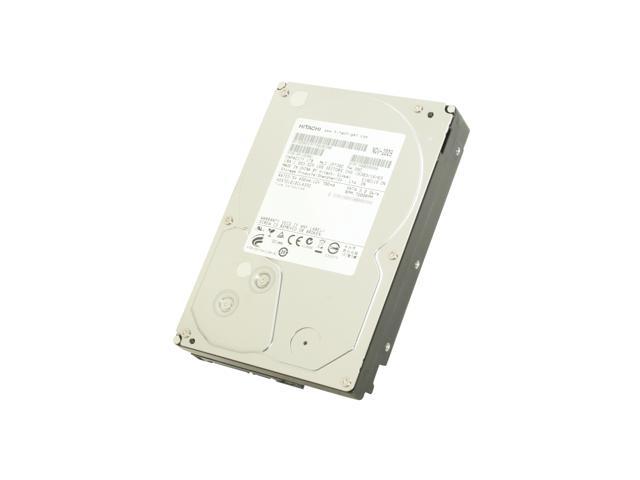 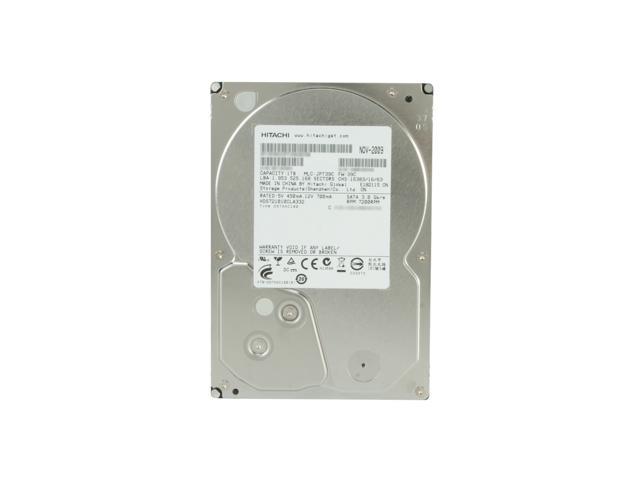 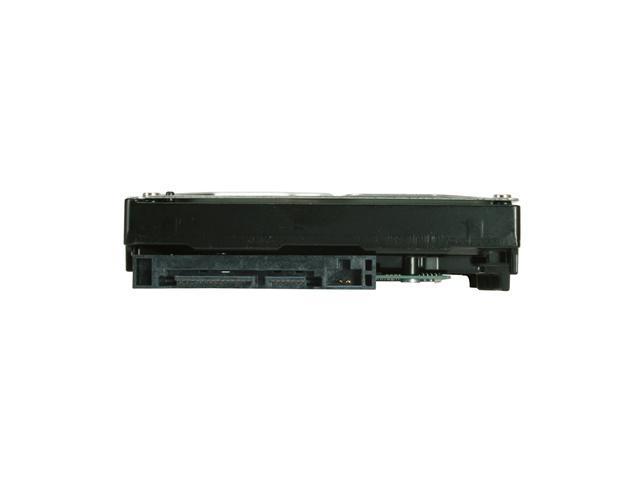 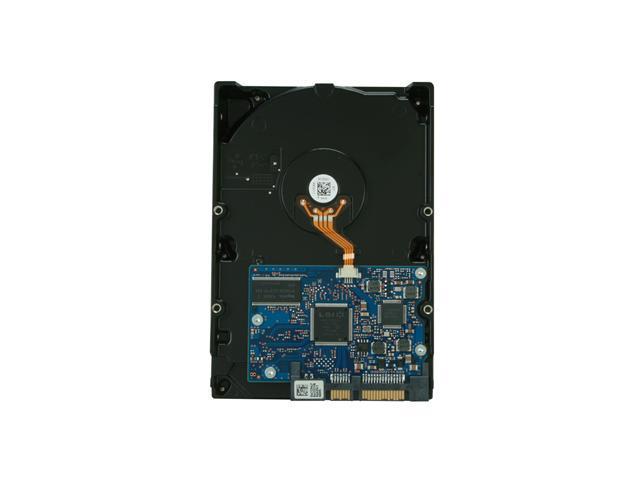 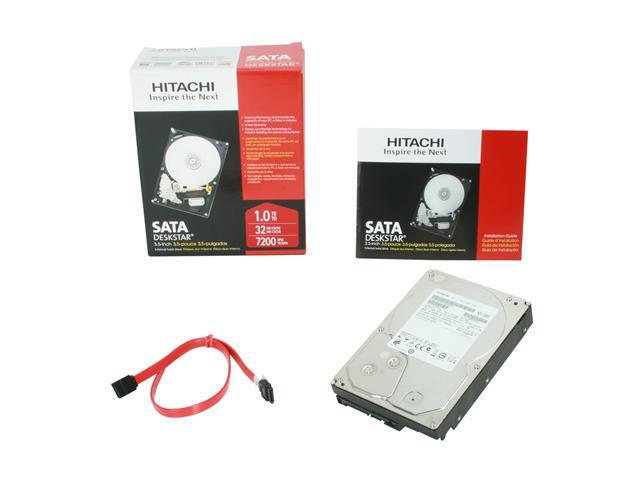 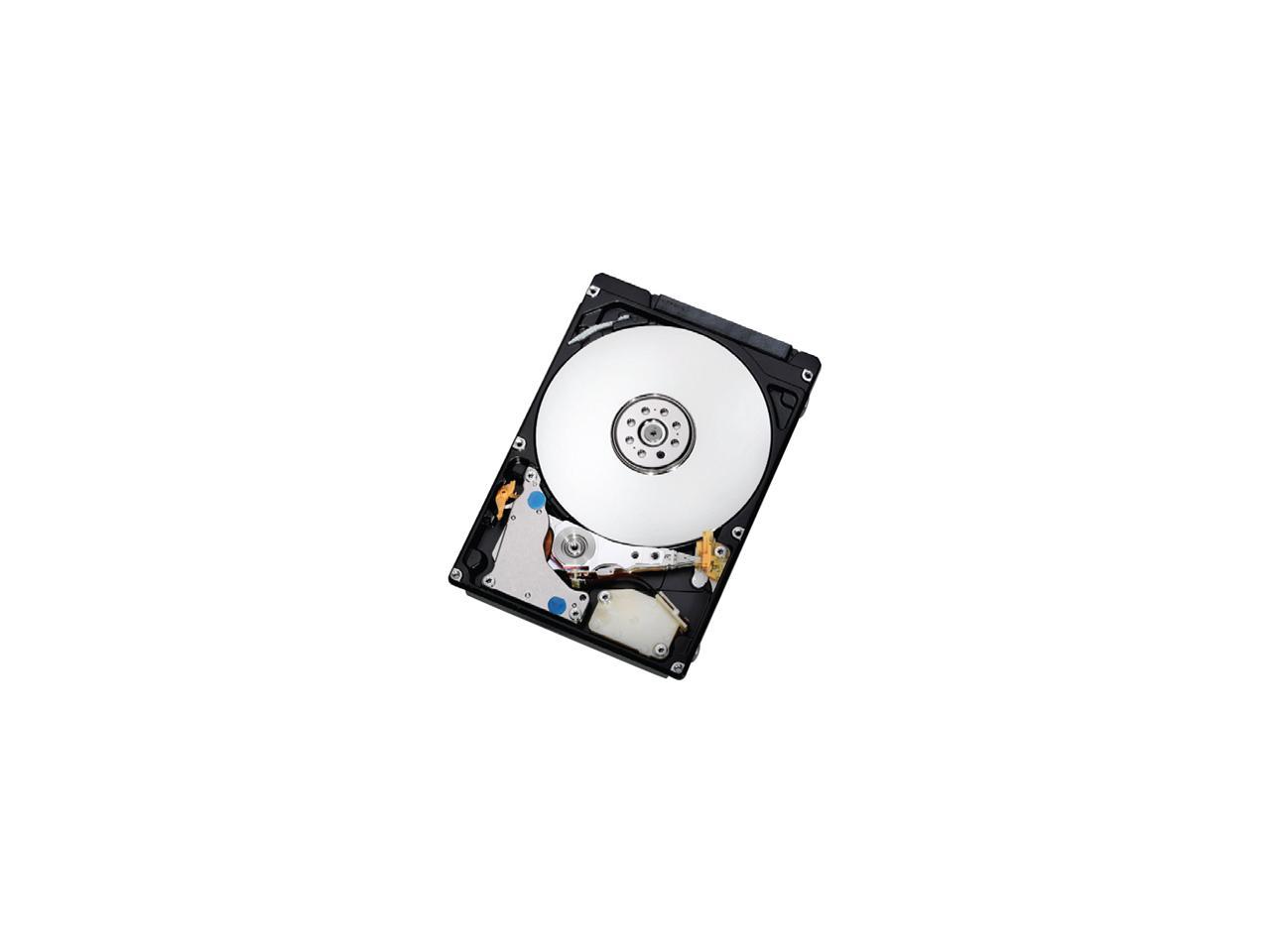 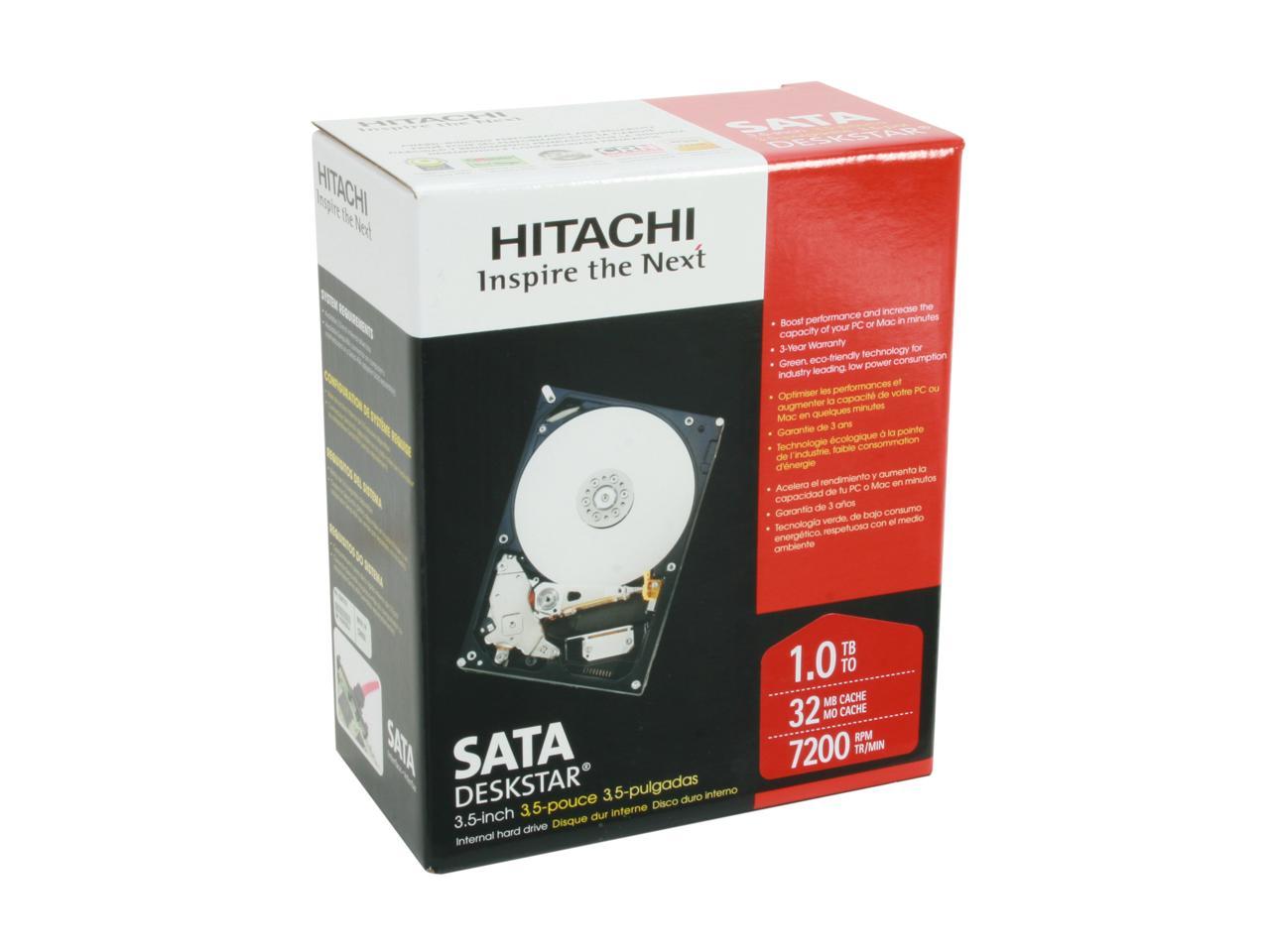 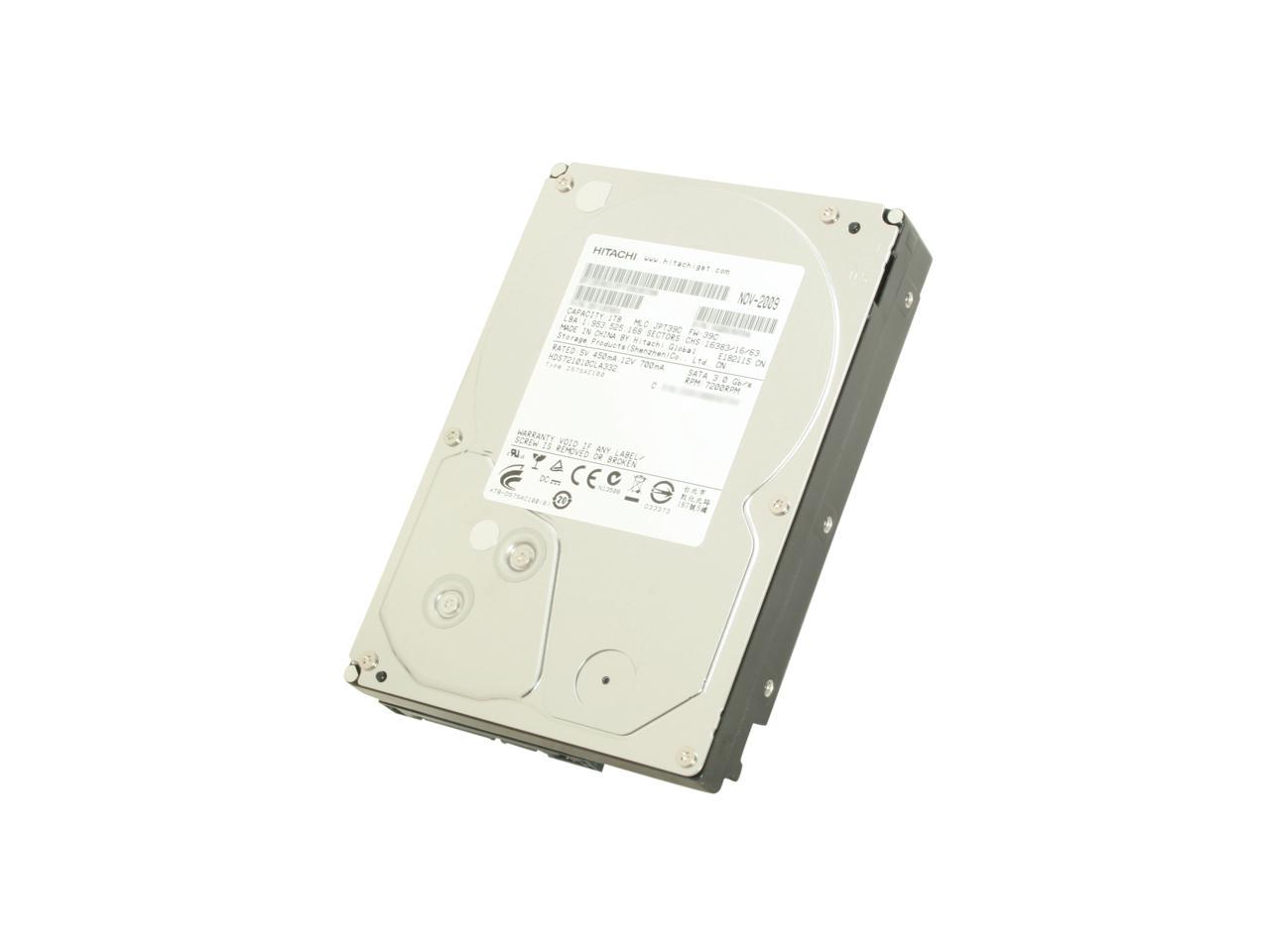 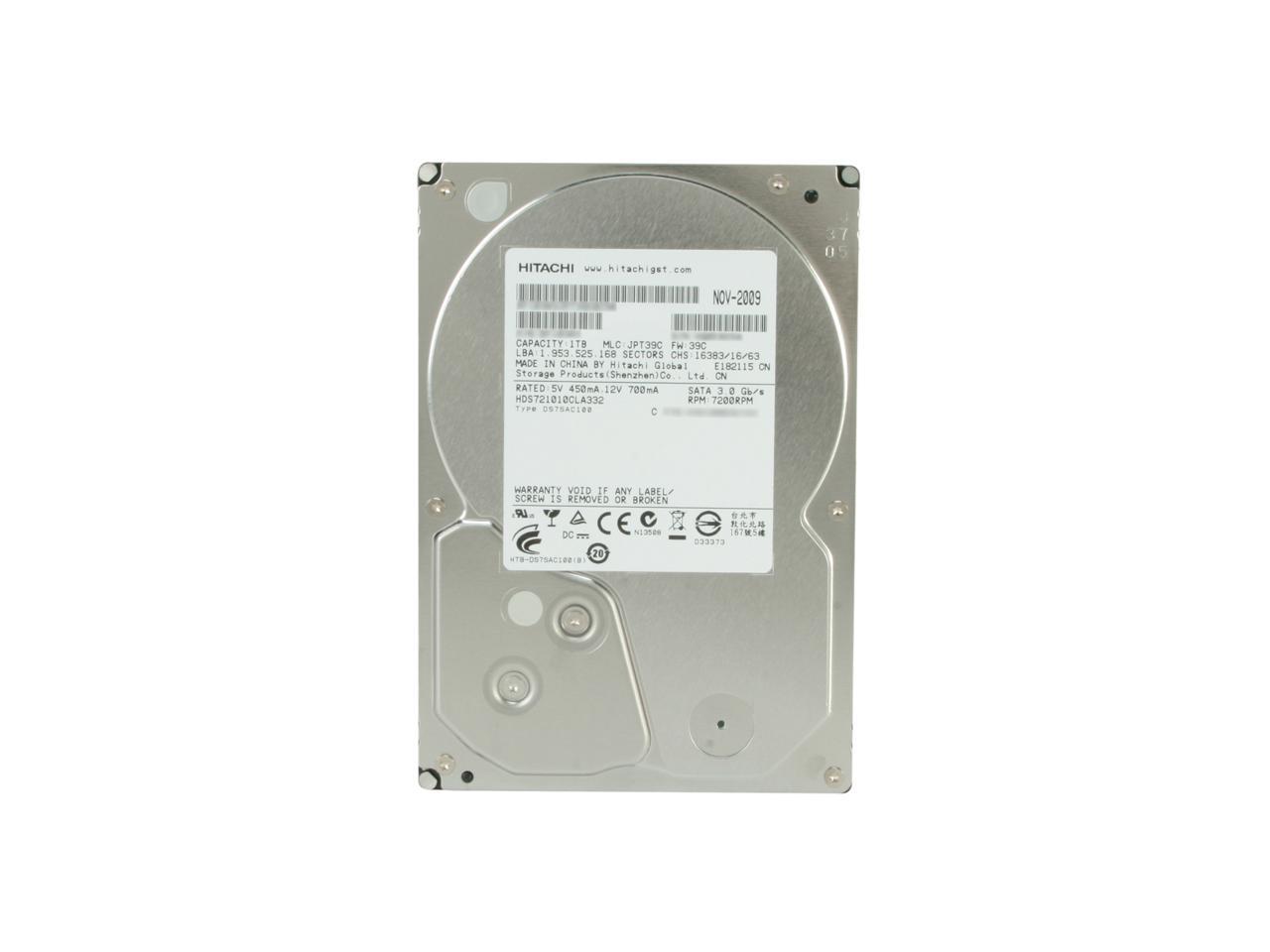 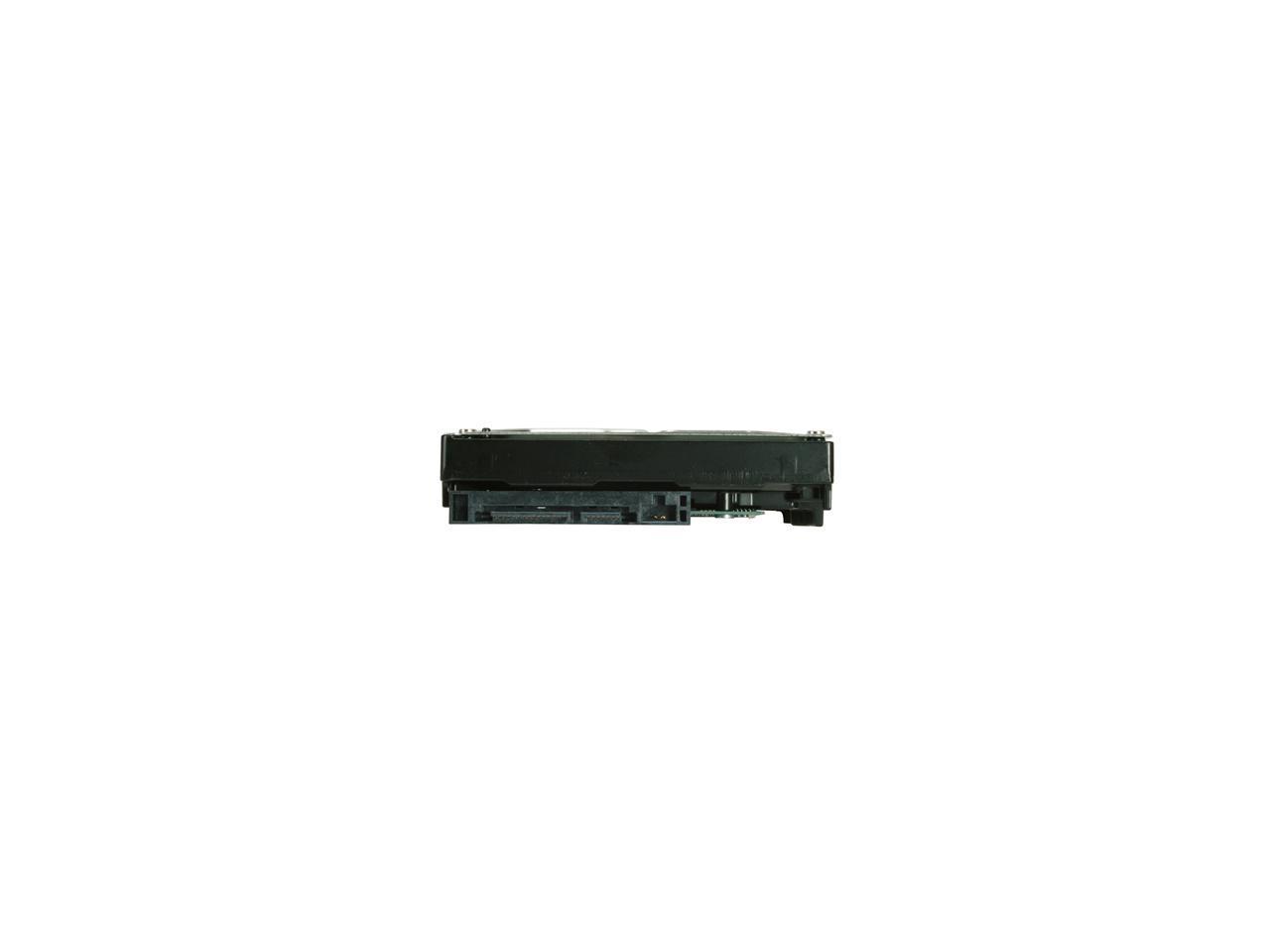 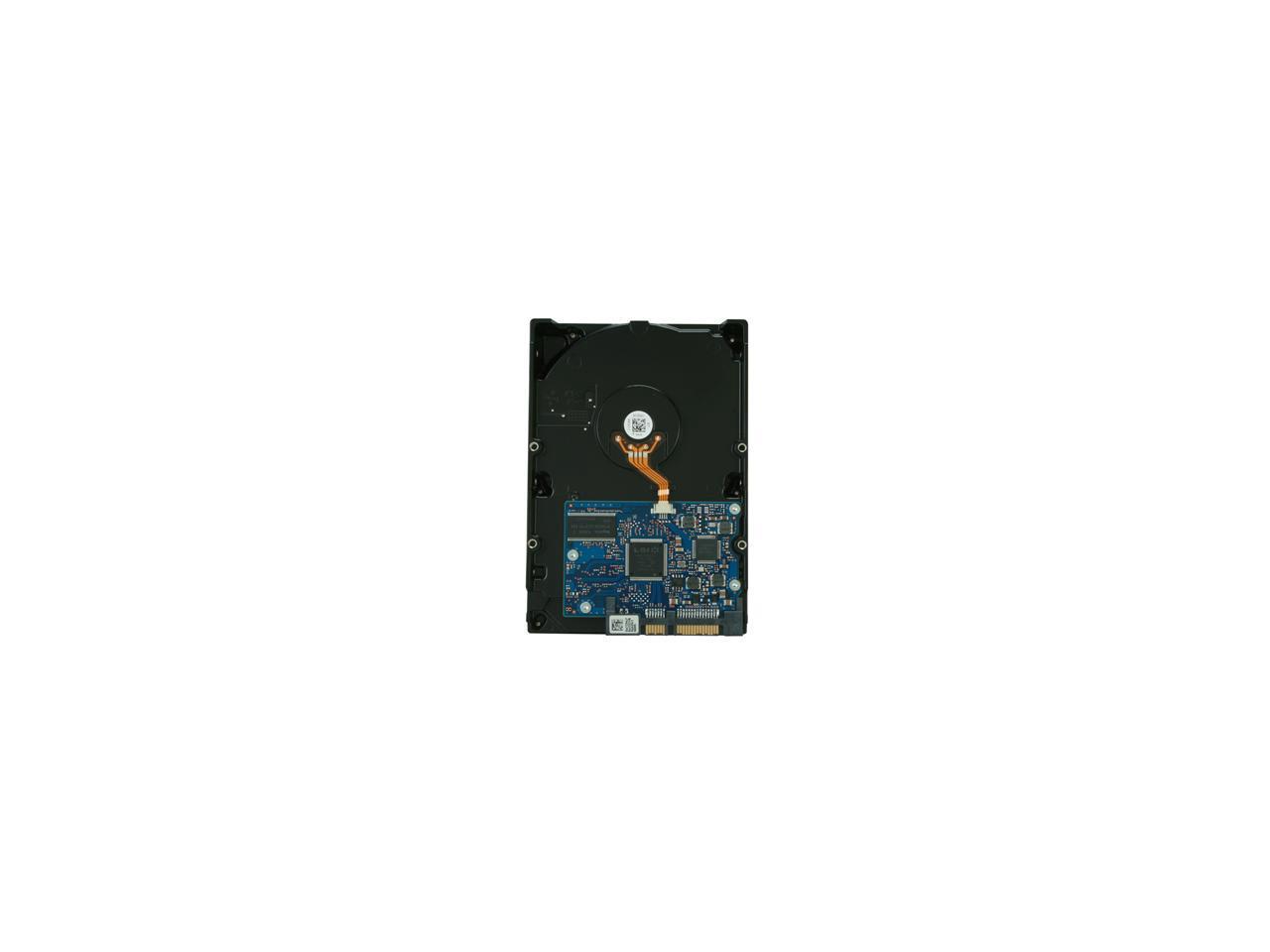 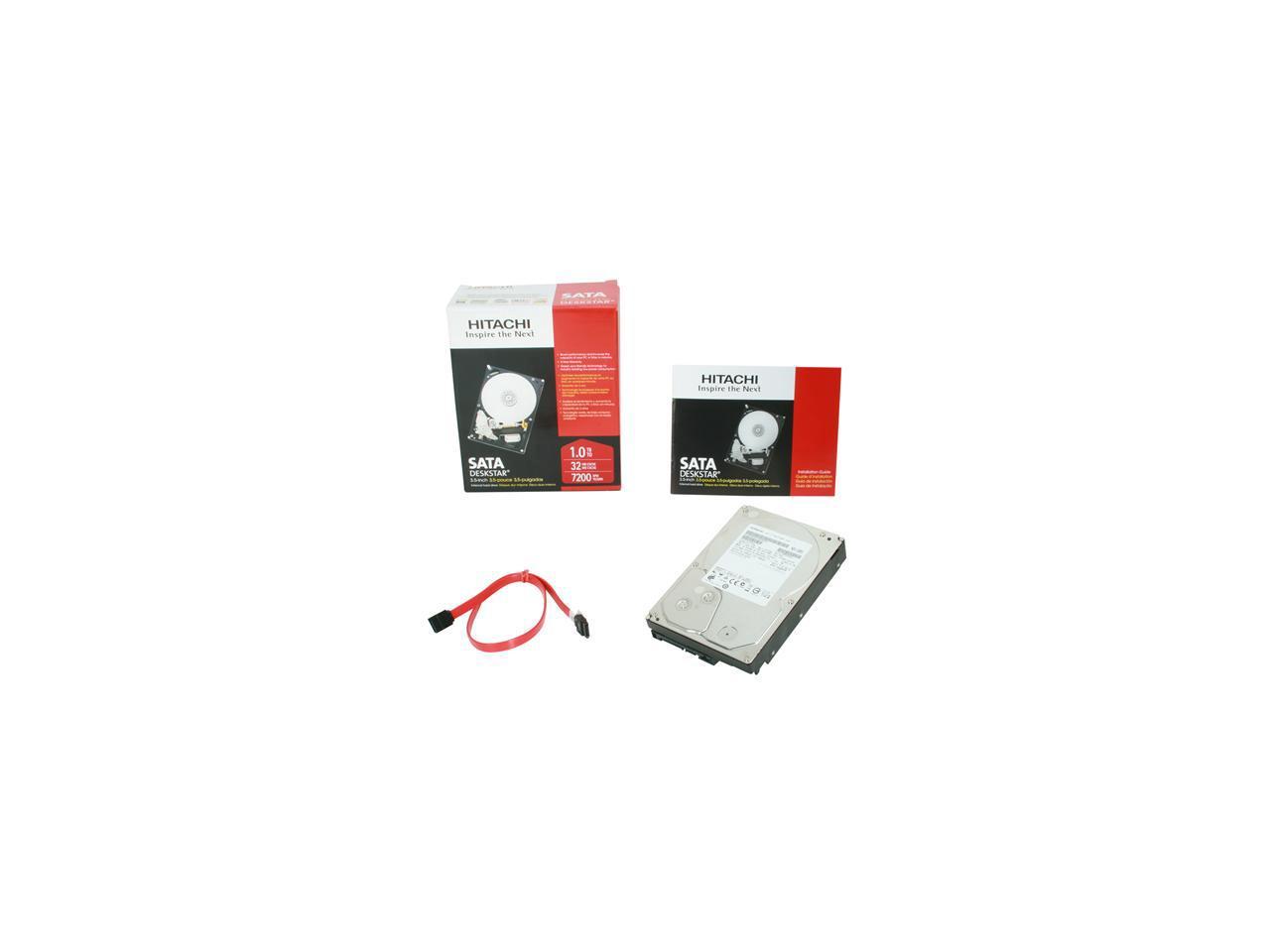 (462) Write a Review
In stock.
Ships from Hong Kong.
Most customers receive within 5-32 days.
Specs
Reviews

Pros: Price - drive was the cheapest when I got it, and Hitachi generally sells products which have a good performance/dollar ratio. The 3 year parts/labor warranty is a definite plus, too.

Cons: I purchased two of these drives back in January of 2010. I own a copy of Hard Disk Sentinel, which I used to monitor the health of these disk drives. About 1.5 years later, one drive is at 14% health and the other is at 41% health, with an expected life of about 50 and 140 days, respectively.

Overall Review: In my main tower, I have 4 western digitals and 1 seagate - all of them have been used and functioning for about 4 years now, and all are still at 100% health. I will be contacting Hitachi's support line soon to see what hoops I need to jump through to make use of the warranty.

Pros: I bought 2 of the previous model with 16 MB cache in June 2009 and used them in external HD enclosures without incident. When the price dropped, I bought 3 more, now with 32 MB cache; shame on Newegg for limiting me to 3 at that price ;-)) Anyway, I took the 2 out of the external enclosures and created an OpenSolaris RAID-Z (like RAID-5) using all 5 drives for ~4TB of usable space (Old IBM Zpro PCI-X (not PCI-e) server circa 2003, but with Supermicro AOC-SAT2-MV8 8-port SATA card, 4GB and dual 2.8 GHz Xeon) (It was FREE so don't complain). I hammered them during testing (dd if=/dev/urandom of=random1.tmp blocksize=1M count=1M; yes that's a 1 TB file of random junk, then copied it two times). Array was > 75 MB/s during copy. I then performed a 'zfs scrub' several times (this reads and verifies every disk block against its 128-bit checksum). [This is more drive torture in a few days than most people will do in a lifetime]. [No more space, See Other Thoughts]

Cons: When I hammered the 5-disk RAID-Z, the drives were hot to the touch, though not burning, UNTIL I put the side case cover on. When I checked an hour later, no issues. Drive noise was not noticeable, but that may have been due to all the case fans masking it. Previous OEM packaging / shipping from Newegg was marginal. These Retail packages are fine. Really no complaints here.

Overall Review: These drives performed GREAT during the ZFS torture tests. And I do mean torture. I'm putting very valuable data on here and can't afford a failure! With that said, if reliability is important to you, then ALWAYS use OpenSolaris ZFS. This will be a file server mainly to support my Windows boxes BTW. More Stats: Drive array maxed out at 120 MB/s in sequential writes (using /dev/zero as input). This makes the 75-80 MB/s all that much more impressive on the copy. Overall 5 eggs!

Overall Review: I never thought I'd buy another 'Deathstar' drive. Back in the IBM days, I had a couple of drives that had to be frozen in order to retrieve data. I setup a pair of these Hitachi 1TB drives in a RAID 1 on a ICH10R controller. Speed is very good. With the blatant cash-grab efforts of WD and Seagate of disabling TLER to make consumer level drives fail out of RAID arrays, this drive is the new best buy for cheap RAID.

Cons: It's very loud. You can hear hard drive noise from 10 feet away. In comparison, WD blue and green drives are virtually silent - you can't hear then 2 feet away.

Pros: Good price; bought it on sale for $70 from Newegg. Retail packaging (not a bare OEM drive). Solid performance for a no-frills hard drive. Hitachi Deskstars are cheap, no frills, and get the job done (common OEM brand in pre-built systems). Had no problems with the 500gb sata Deskstar i've been using for a year and a half now, so decided to go with Hitachi again because of the great price.

Overall Review: I've had very few hard drives fail on me over the years.. been through many IBMs, seagates, western digitals, toshibas, maxtors (before seagate aquisition), samsungs, and of course hitachis. In my experience (which is an extremely small sample, of course) Hitachi drives are no more/less reliable than any others. Added this 1TB deskstar to a 500gb deskstar already in this PC. Been using it heavily for a lot of media and editing HD video. No problems as of yet (1 month), able to sustain 30MB/sec sequential file write when transferring files directly from another internal drive (win7 x64, q6600, 4gb ram).

Cons: Extremely noisy. Contacted Hitachi, they said AAM didn't work this HDD. I decided not to accept this as the truth so looked around on the internet and found an older ftool version (2.11) I think. Downloaded it, used it, changed my AAM. Now it's quiet (what I wanted) but seek times have slowed to 20ms

Cons: Can't think of any, except Newegg doesn't seem to be able to keep them in stock?

Overall Review: Hope these drives last. There seems to be a rash of failing 1TB drives out there, but no bad reports among Hitachi. I'm keeping my fingers crossed.

Pros: Has a jumper to downgrade from SATA II to SATA 1. Has a 3 year warranty. Retail boxed comes with a SATA cord.

Cons: No documentation on SATA I jumper.

Overall Review: I bought this to use with the Rosewill RC-212, which is SATA and at first it did not work because some Hard Disk Controllers can not renegotiate the speed down from SATA II to SATA I. Luckily this had a SATA I jumper. Normally with most modern Hard Drive Controllers the speed can be negotiated. In my case the Rosewill RC212 and Hitachi combo did not work until I jumpered the SATA I