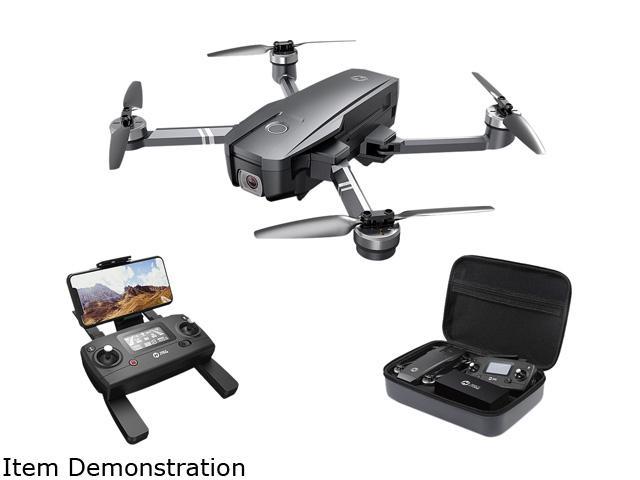 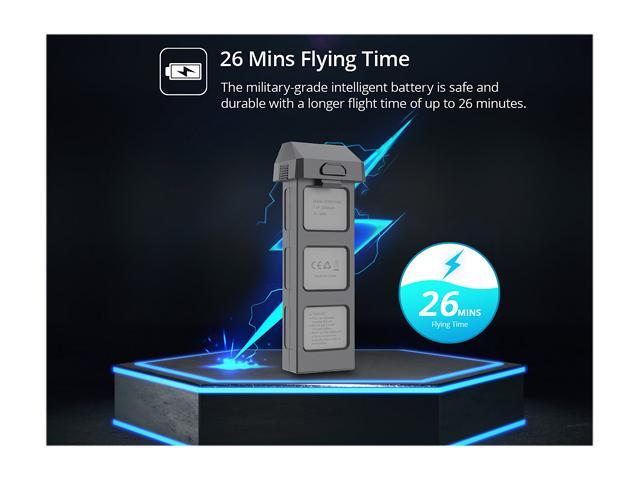 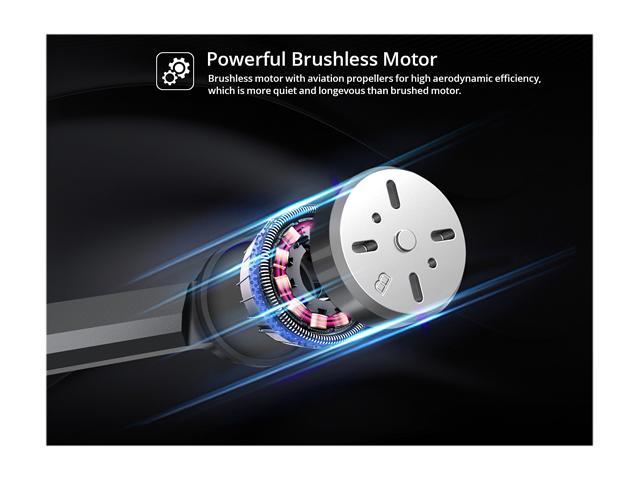 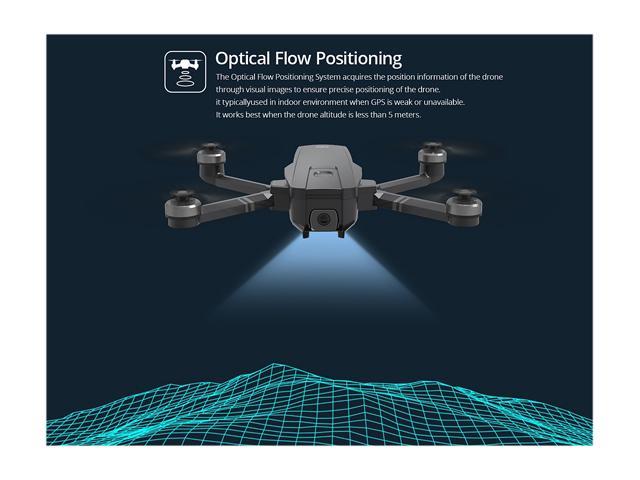 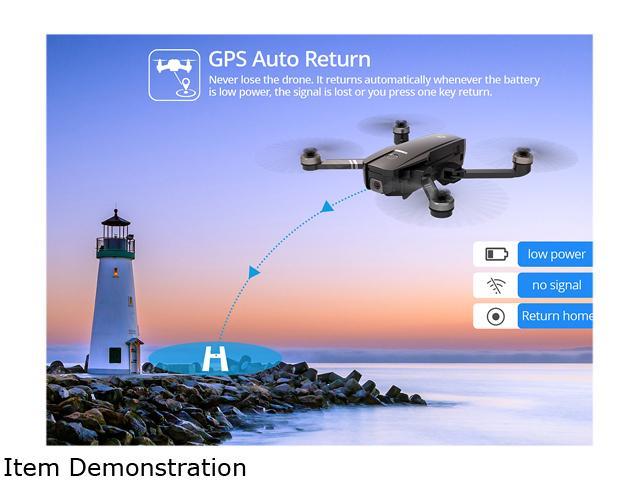 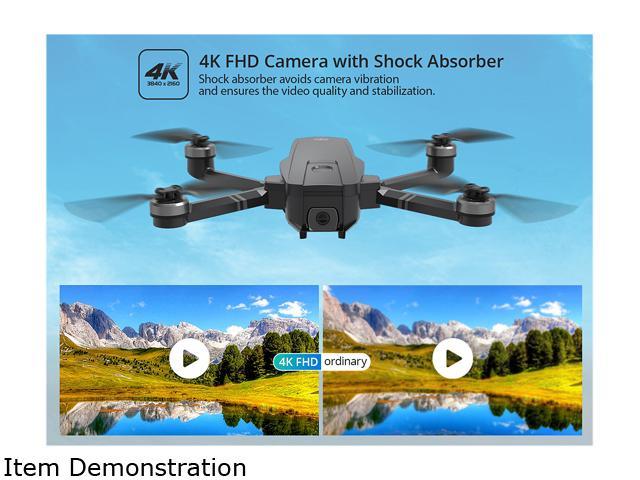 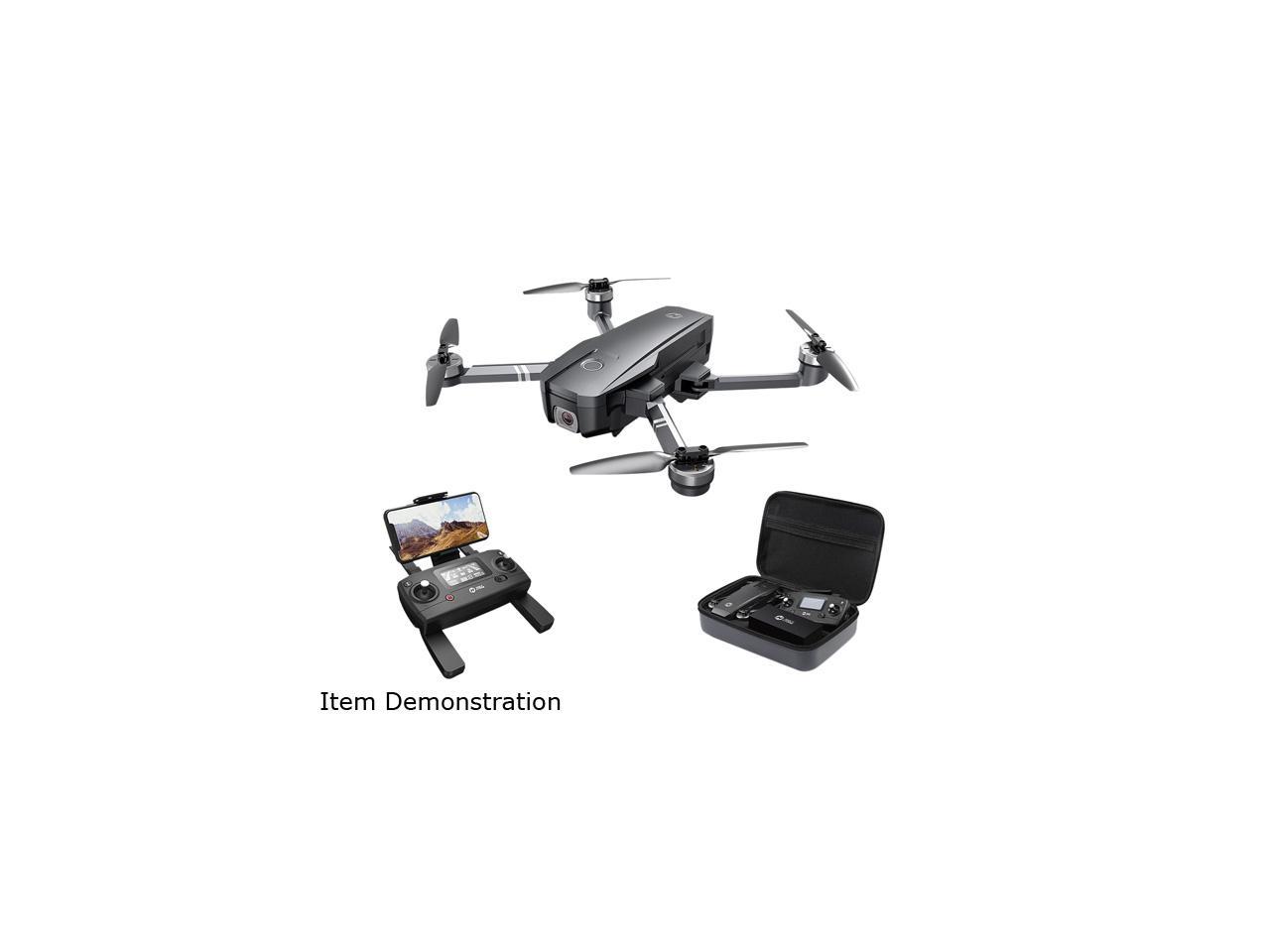 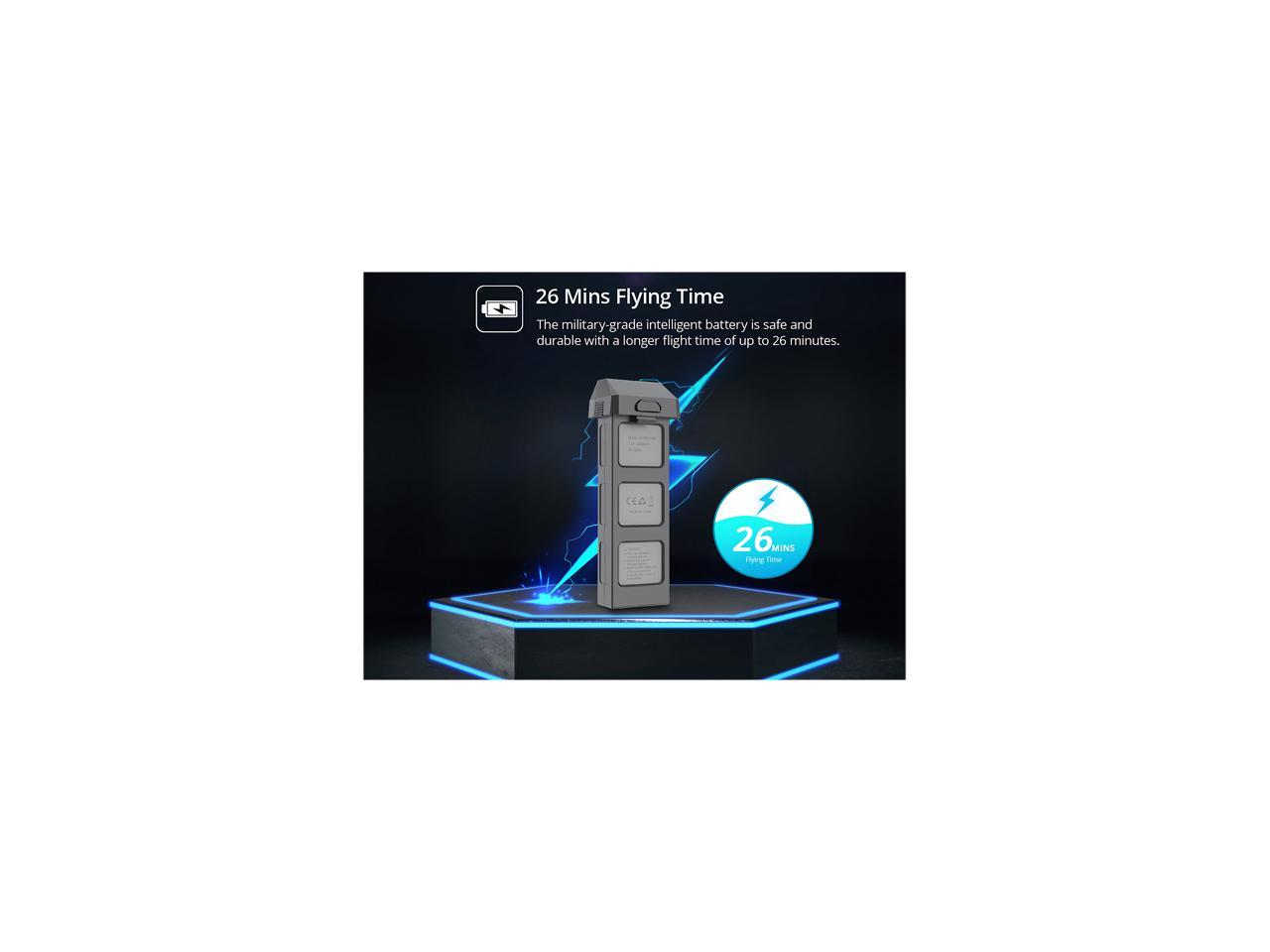 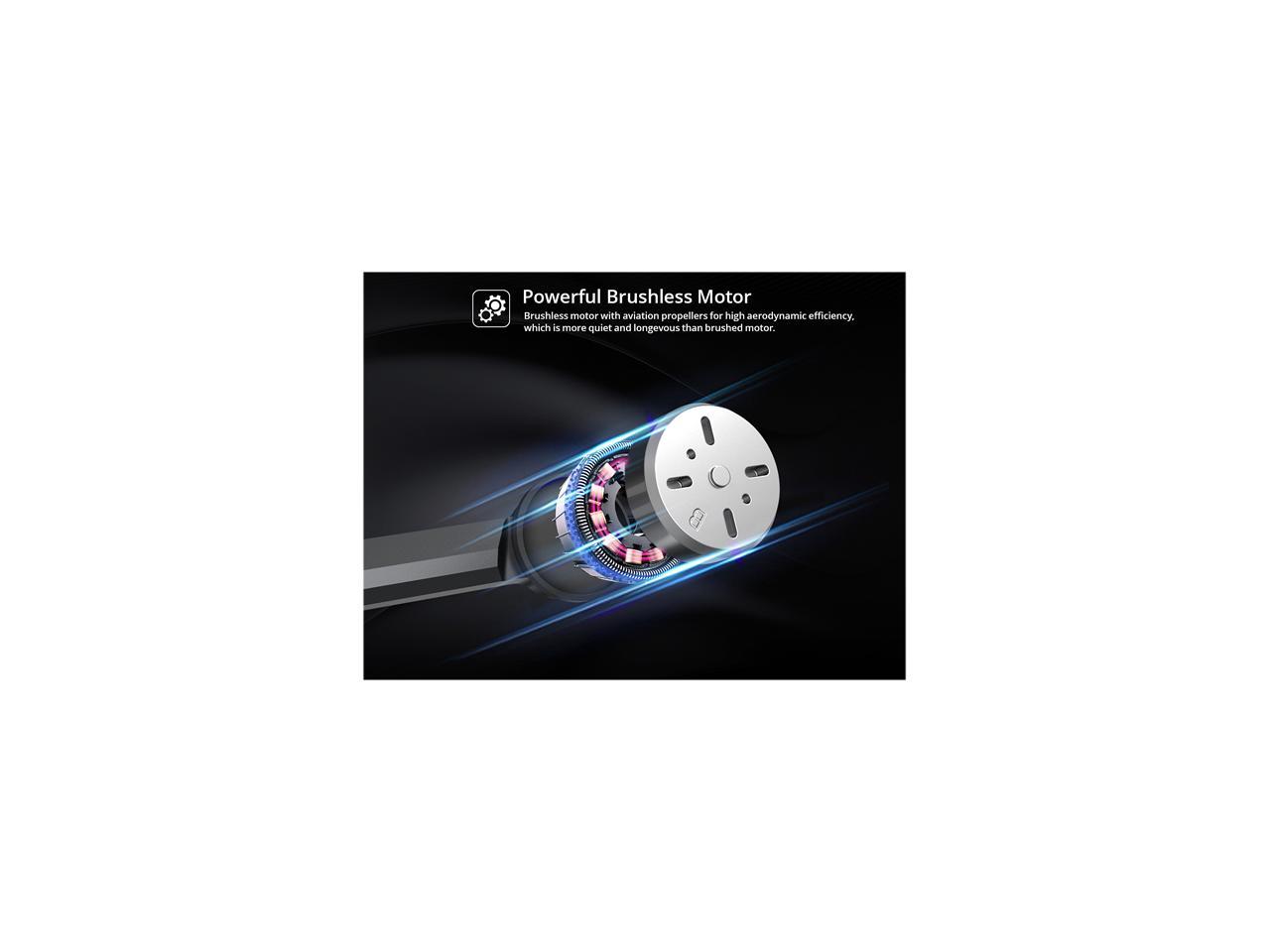 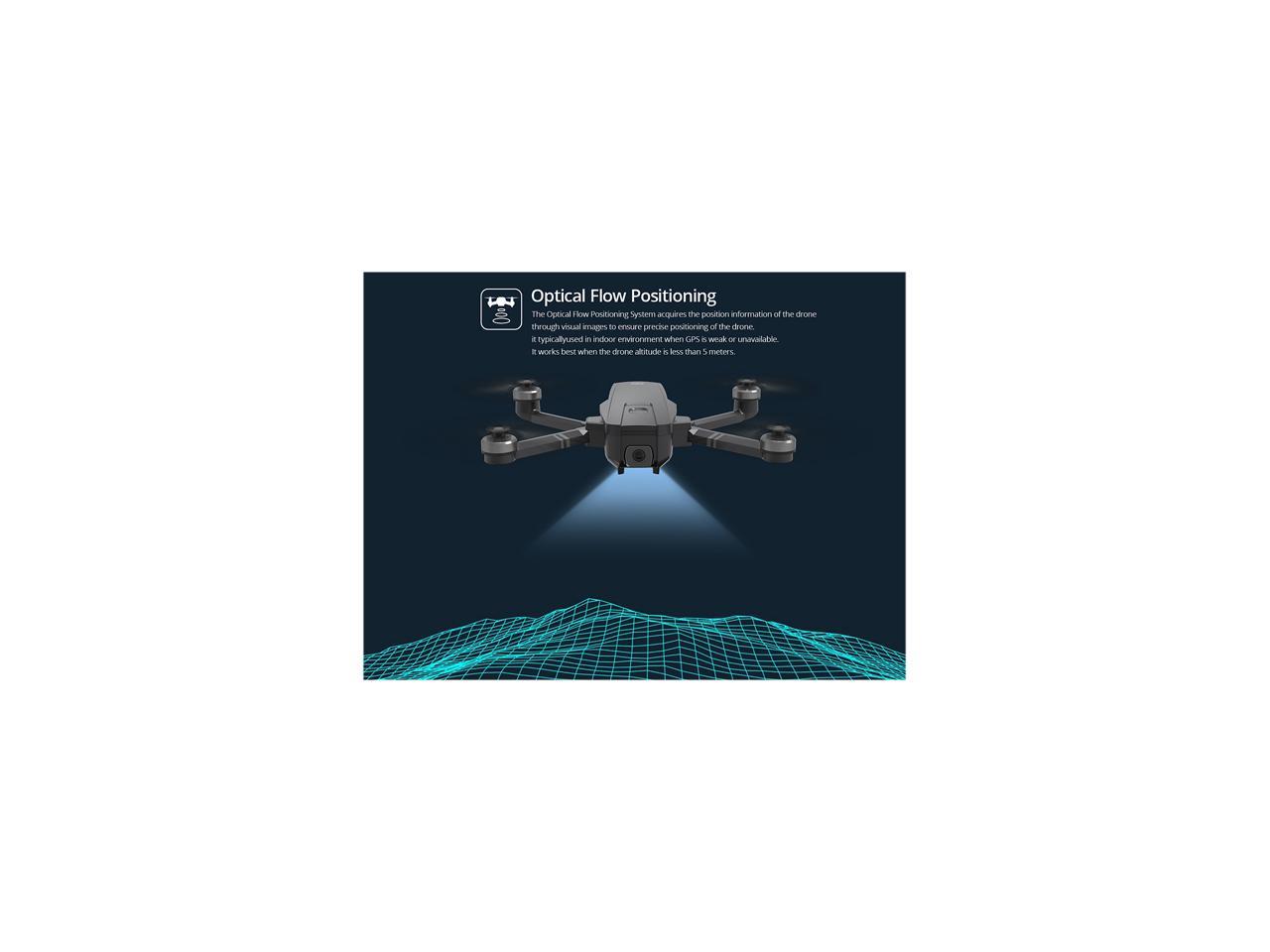 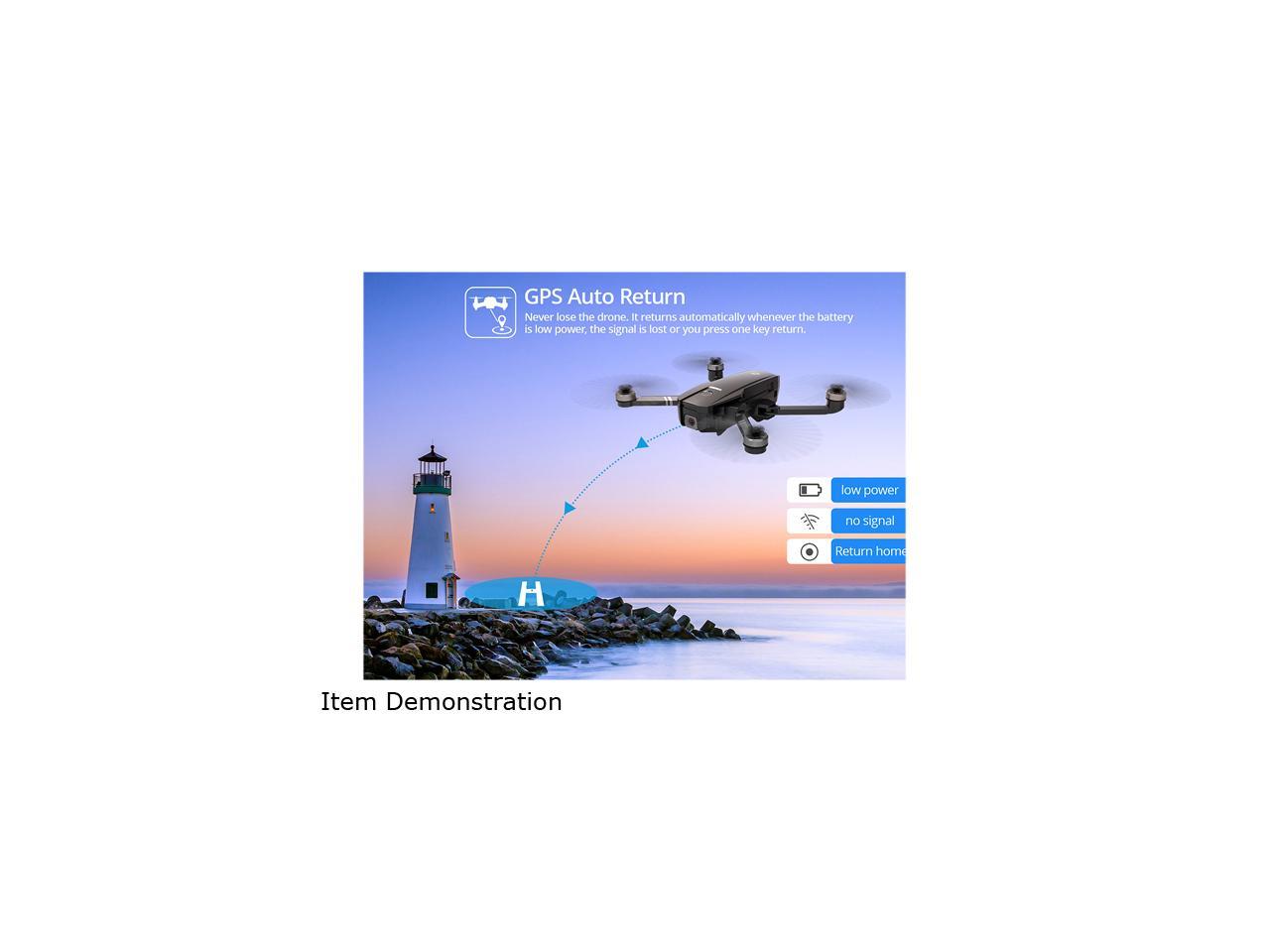 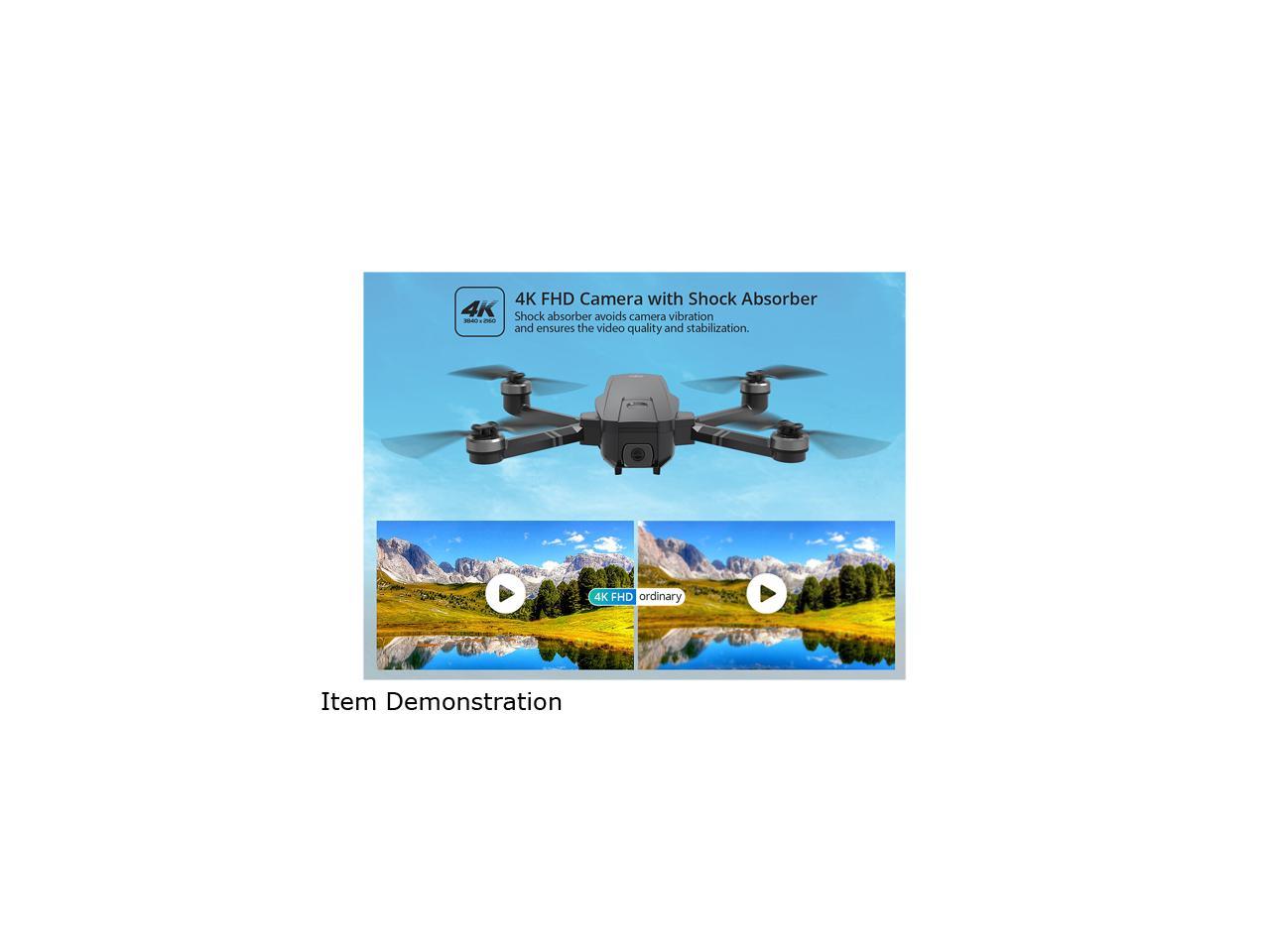 4K camera with shock absorption, a 90 degrees rotation adjustable lens and 5G fluent FPV transmission will let you experience the world right before your eyes.

The military-grade intelligent battery is safe and durable with a longer flight time of up to 26 minutes. Dual Balance Charger is included.

Brushless motor with aviation propellers for high aerodynamic efficiency, which is more quiet and longevous than brushed motor.

It will always returns automatically whenever Battery is low, Signal is lost or You press one key return.

It can automatically orbit around or fly along the path you set. Lets the viewer immerse themselves in the video.

Control the drone and enjoy the beauty and landscapes everywhere you go through app. When you return home, share your creation with one click in app.

No matter how fast you run. The HS720 follow me feature has you covered. Easily get professional images.

Pros: Smooth, very stable, and easy to fly Excellent Battery life (so far I've got about 22-23 min) Controller is top notch compared to others in this price range High build quality on the Drone Camera is adequate Love the landing lights for night flying! Case is very nice and sleek! Love it! They have customer support and they actually respond and help you!

Cons: Phone holder on the controller was a little tricky to figure out. At first I couldn't get my phone to stay in, but then I realized the arm was not fully extending. I had to pull a little harder in order for it to fully extend. My iphone XS then fit in it like a glove. It also took a little force getting the arm to go back in the controller. The charger is capable of charging two batteries at one time which is cool, but it does seem a little on the cheap side. Every USB C cable I tried, including the one it came with didn't seem to fit securely into the input jack. It also takes 5-7 hours to charge which is on the higher side compared to similar drones. You will definately want a 2nd battery. The camera quality is ok compared to other drones at this price point, but it could use better stabilization or a gimble. I'm also still learning so I'm hoping my videos will improve with my flying! =)

Overall Review: 1st time GPS drone user here so I did mega research and went down a rabbit hole of similar drones! Despite it's very few and minor shortcomings I'm glad I chose this one and I think you will too, especially if it's your first "real" drone.

Pros: Even though this is my first drone experience and I may not be able to compare my experience to other drones, this is a great drone. I contacted HS's customer service pre-purchase with some questions and they responded very quickly and detailed. After receiving the drone a few days later, I charged the battery, read the quick start manual and followed all pre-flight steps, before I launched the drone. It was very easy to fly and navigate. I tried a few starts and landings and felt comfortable very quickly in operating it. The video and photo quality is great, even though some videos showed clearly that I was not operating the drone as smoothly as a more experienced operator would do that, as some of the moves were a little abrupt - but that seems more an operator experience question than an drone short coming. The drone also was amazingly stable besides having some light winds. I have not flown it in more wind but will try that when I have a more open space available. The remote control feels solid and provides good controls, even though for a beginner it takes a while to get familiar with all the information available on the screen. I do like the protective case and the other accessories the drone came with - it not only protects the drone well but makes it very convenient to take it along.

Cons: The battery was supposed to last for 26 min flight time, which I have not been able to achieve. My flight time is typically around 20 minutes by the time the battery status changes from green to yellow, which is also when I start to go back to home given the experience in my very first flight (see below). Even though the drone is very well designed in how it folds together and it's overall shape, I find it a little difficult to remove the memory card from the drone as there is hardly any space to grab it (inserting the memory card is totally fine - just removing it is a little hard). As there is quite a bit of information on the screen during flight time, some of the symbols are rather small and I find them hard to read. This may be a function of my phone, which has a 5 inch screen, but as I could not fit my 7 inch tablet into the holding bracket, that was all I had. It may be a good idea to design the holder a little bigger, so that it can also accommodate a small tablet instead of just a phone.

Overall Review: Overall I have a very good experience with this drone, even though I had a little 'incident' right on the first day: After getting more comfortable, I decided to do a roof inspection, which revealed some great detail about my roof. Given that I was busy watching the drone, I didn't notice when the battery got low and the drone switched to an automatic 'return to home mode'. Unfortunately there was a tree between the location where I had launched the drone and the drone's location at the time, so that it first moved up, across the trees and then started to decent - unfortunately it got stuck in a tree branch doing so. The drone stumbled and eventually fell down on to the lawn. Never the less, I was very impressed that nothing broke and fortunately there was no damage. As the manual had clearly described this behavior and warned not to fly close to trees when the battery is about to be empty, this clearly was my fault and in my eyes it speaks even more how solid the drone is built. Overall I really like this drone and would buy it again with no hesitation. My experience though also includes that it really helps to take the time and read the manual front to back before flying it - especially if one has no prior experience in flying drones. I also like the responsiveness of the HS customer service - that is really nice to know that they actually do respond and help - thanks for that!

Overall Review: No because its crashes itself

Pros: - Quality construction and nice styling - Small size overall, and being foldable helps keep it very compact for storage in the included high quality carrying case - Stable flying, easy to control for beginners (like myself) - Battery life is pretty good for a drone this size (compared to reviews I've seen for comparable drones) - Remote is nice quality and the controls are straightforward, fold out handles help remote fit comfortably in your hands - Cell phone mount holds phone above the remote which seems like it would help you see the screen better than remotes that hold your cell phone below the remote - Ophelia app works great so far, but I haven't used my drone enough to explore all the features yet - Drone can easily be flown without using the app - The GPS function seems to work great. I used the "return to home" function, and the drone landed within about a foot from its initial takeoff point. - Camera works well, I used it to take pictures of the solar panel array on the roof of my house

Cons: - Including a second battery would be a plus, but that would also increase the cost and extra batteries are available for purchase - The camera shock mount seems to work, but only absorbs shock and doesn't work the same as a camera gimbal mount. When you move the drone forward and back or side to side, the drone tilts in the direction of travel, and the camera tilts with the drone's body, so getting steady video while maneuvering the drone would be fairly challenging. A camera gimbal mount would keep the camera steady no matter how the drone moves. - The cell phone holder doesn't fully pull out all the way at first. Once pulled out, you have to pop it out a bit further in order to properly fit your cell phone in the mount. It's not a major issue, but just takes a little figuring out the first time you use it. Once mounted properly, the mount holds my phone securely. - The batteries take about 5-7 hours for a full charge, a faster charging time would be much better. - The batteries plug loosely into the charger. If you move anything during charging, the battery could easily come loose and stop charging. - The battery charger holds two batteries, but only seems to charge one at a time as the second battery will be on standby (slow blinking light during standby) until the first battery is fully charged (fast blinking light while charging). Since it can take about 5-7 hours for a full charge, fully charging two batteries can be an all day affair.

Overall Review: - An overall great value for the price - Quality construction, great features, and ease of use make this a great drone for beginners like myself - This is my first drone, and I'm 100% satisfied that I chose it over other similar drones I researched.

Pros: Excellent communication and customer service. Easy to deal with.

Overall Review: Angelina was exceptionally helpful, I had a slight issue with the purchase. She went above and beyond to take care of the issue promptly and in a satisfactorily manner. I would buy from them the next time I am in the market for something they sell. A++

Overall Review: This broke very quickly. Although they packed replacement parts, there was no replacement for the thin flimsy plastic piece that snapped off one of the now broken arms. The arm no longer aligns correctly nor will it fold up. The drone veered off course very easily and was not successful maintaining a stationary position in the least. I should have paid for a better quality drone.

Overall Review: we tried out all the features soon after receiving the drone. right off the bat the follow-me feature did not work. i contacted customer support. The first thing they wanted me to do was to create a video demonstrating the problem. so I did that and sent it to them. Next they told me there was a safety feature that follow me would not work if the drone was within 15 meters of you when you activated it. Even though it seems to me that we were over 15 meters away when we showed the problem on the video. i figured that i would test again next time i had a chance to fly the drone. Test again with drone far way and feature did not work. I emailed customer support back and told them the feature was still not working. they then responded telling me again that the drone had to be 15 meters away. I responded again saying that it was. now I am hearing nothing back.. I am not impressed with this company.