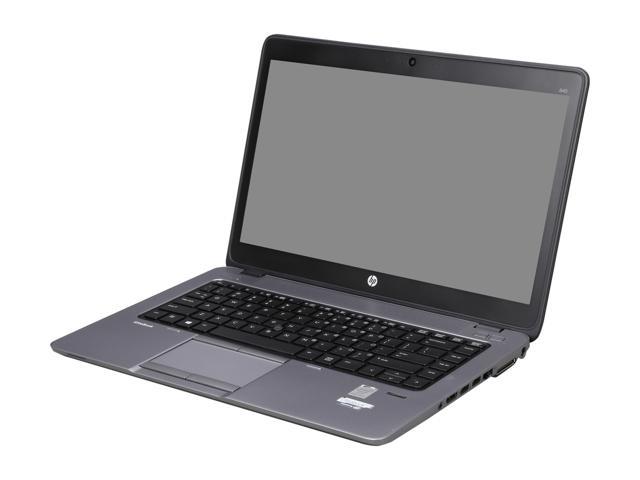 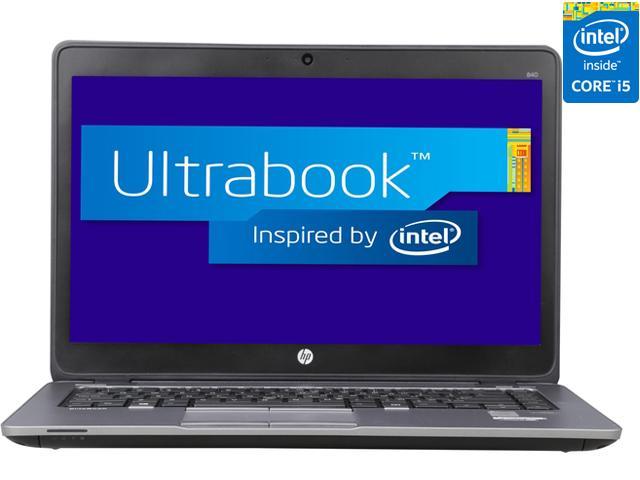 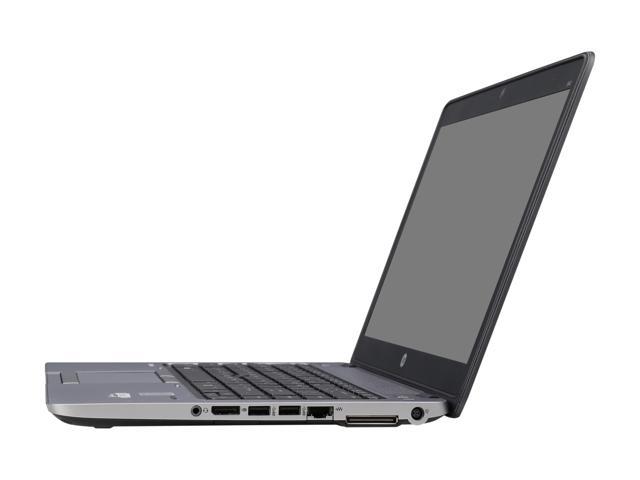 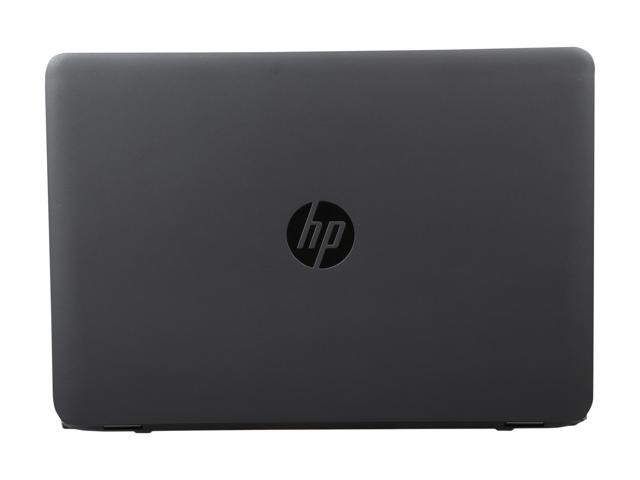 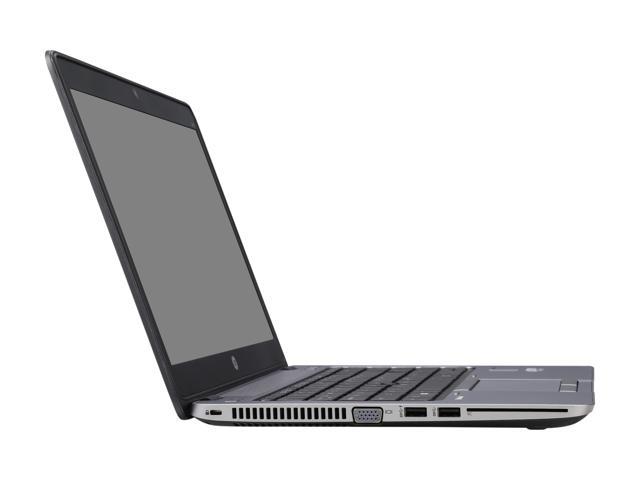 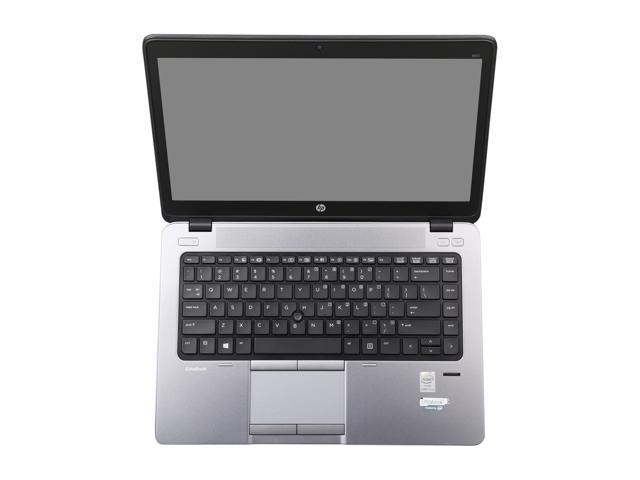 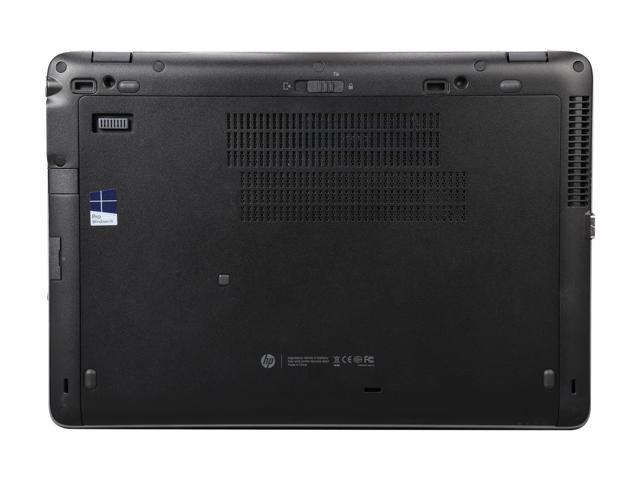 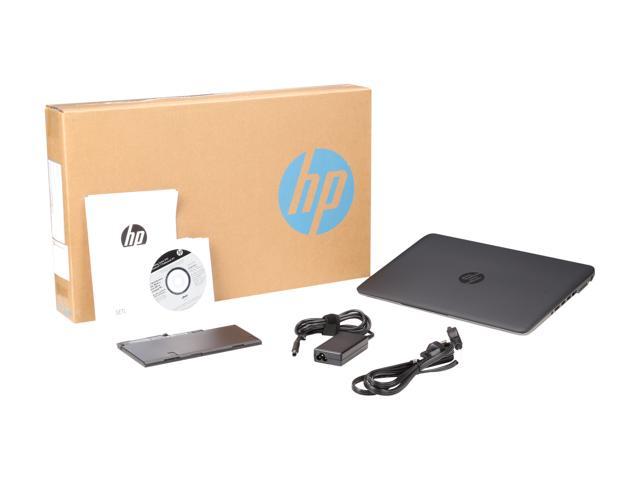 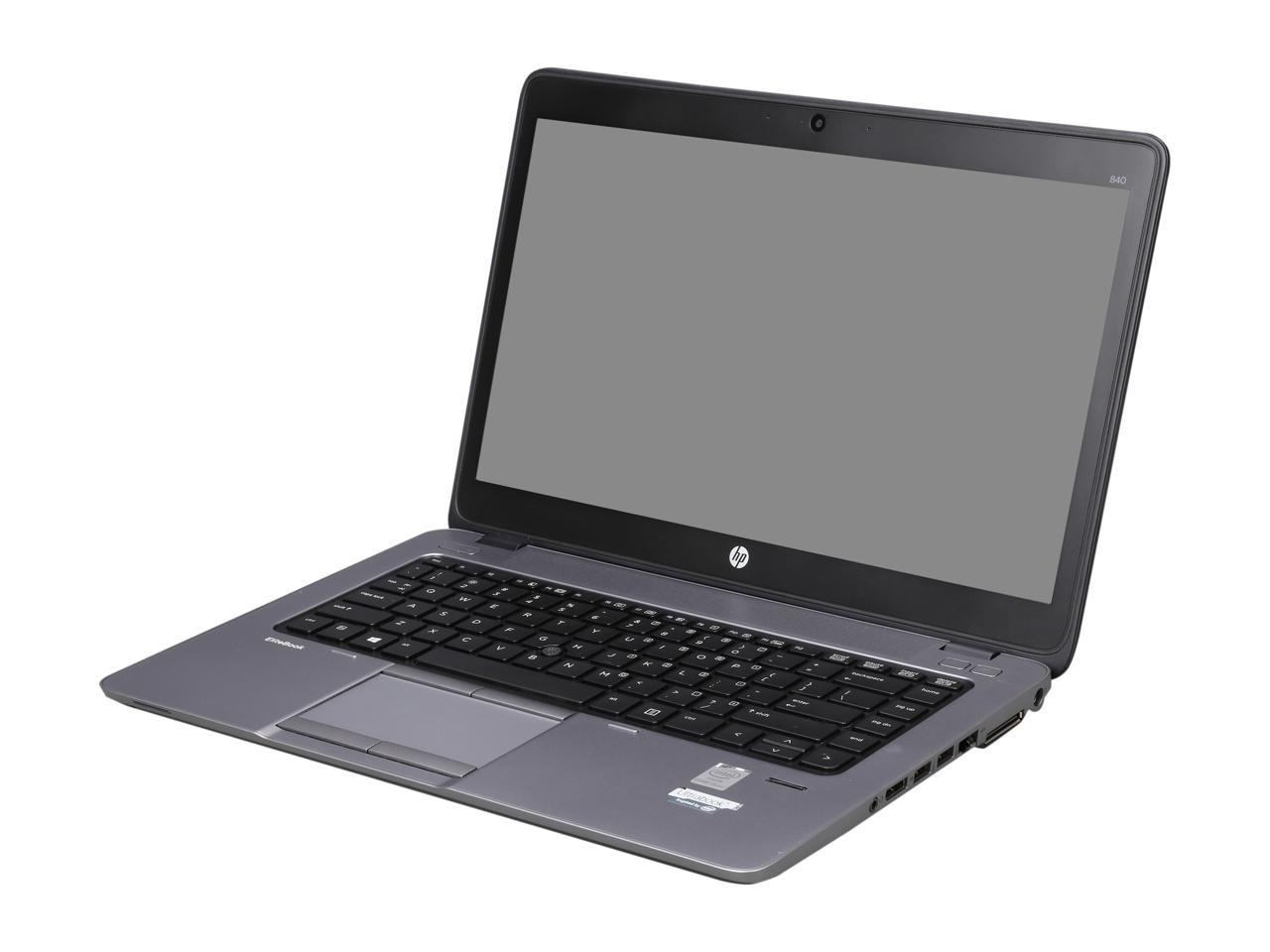 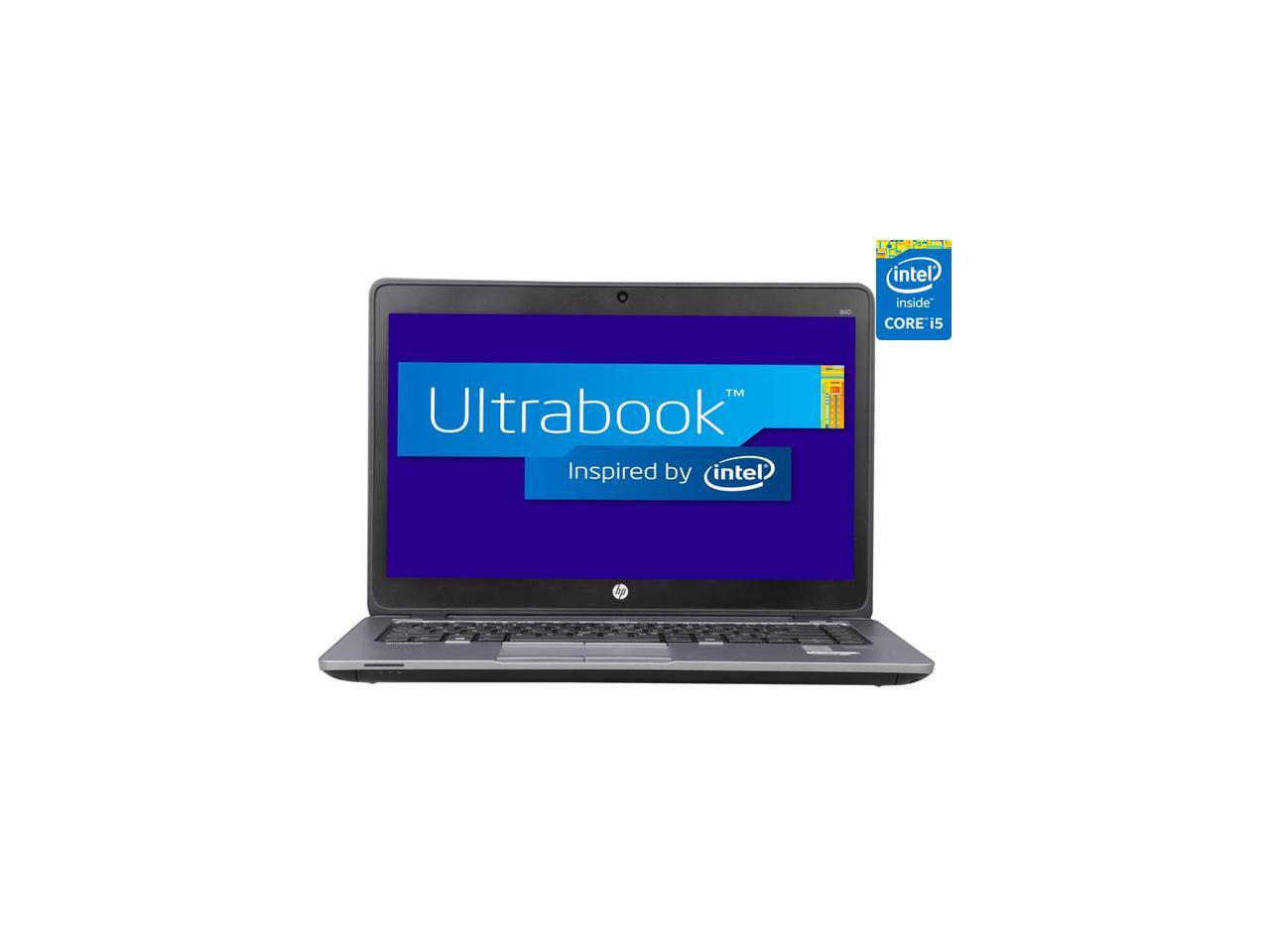 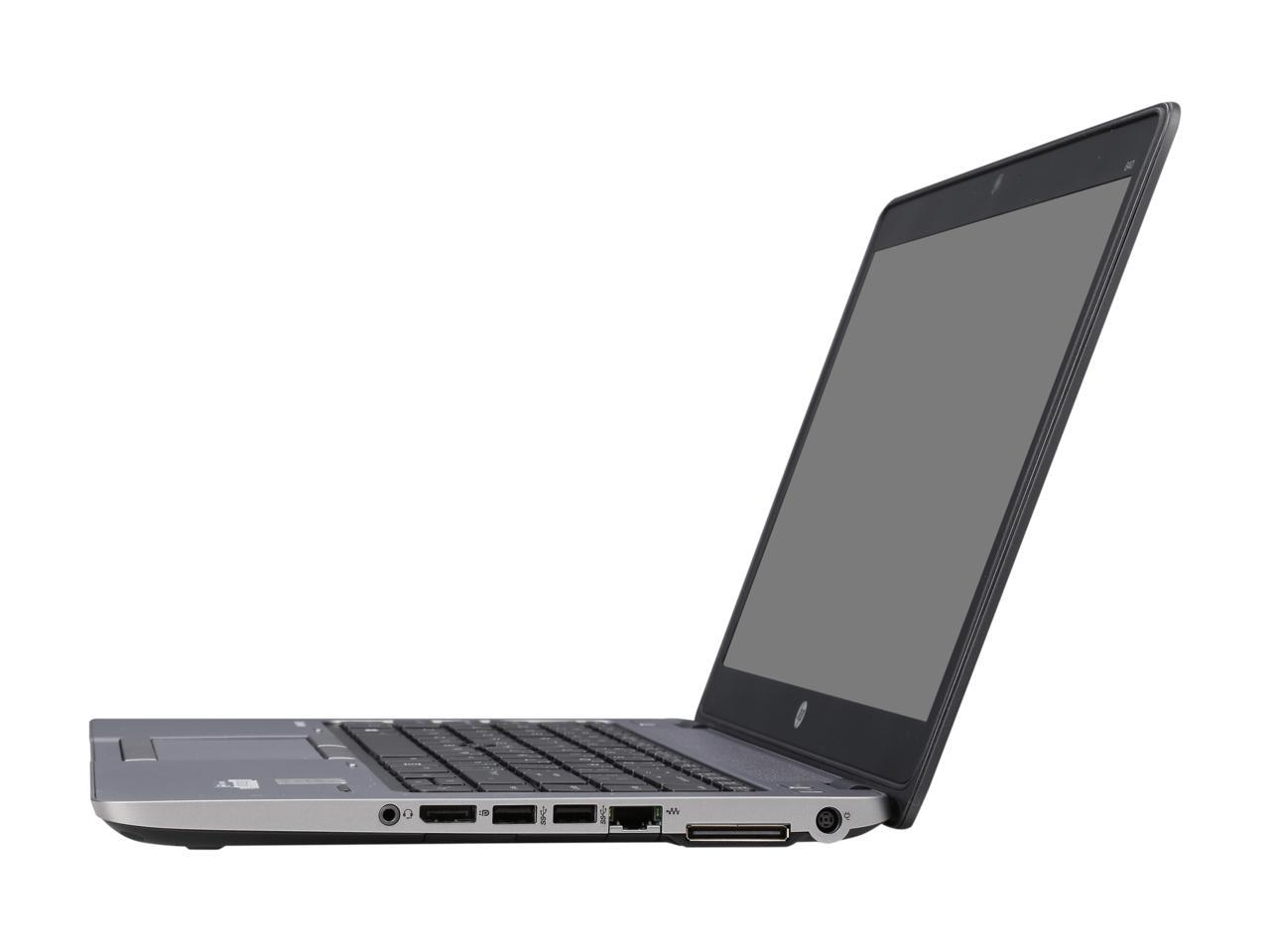 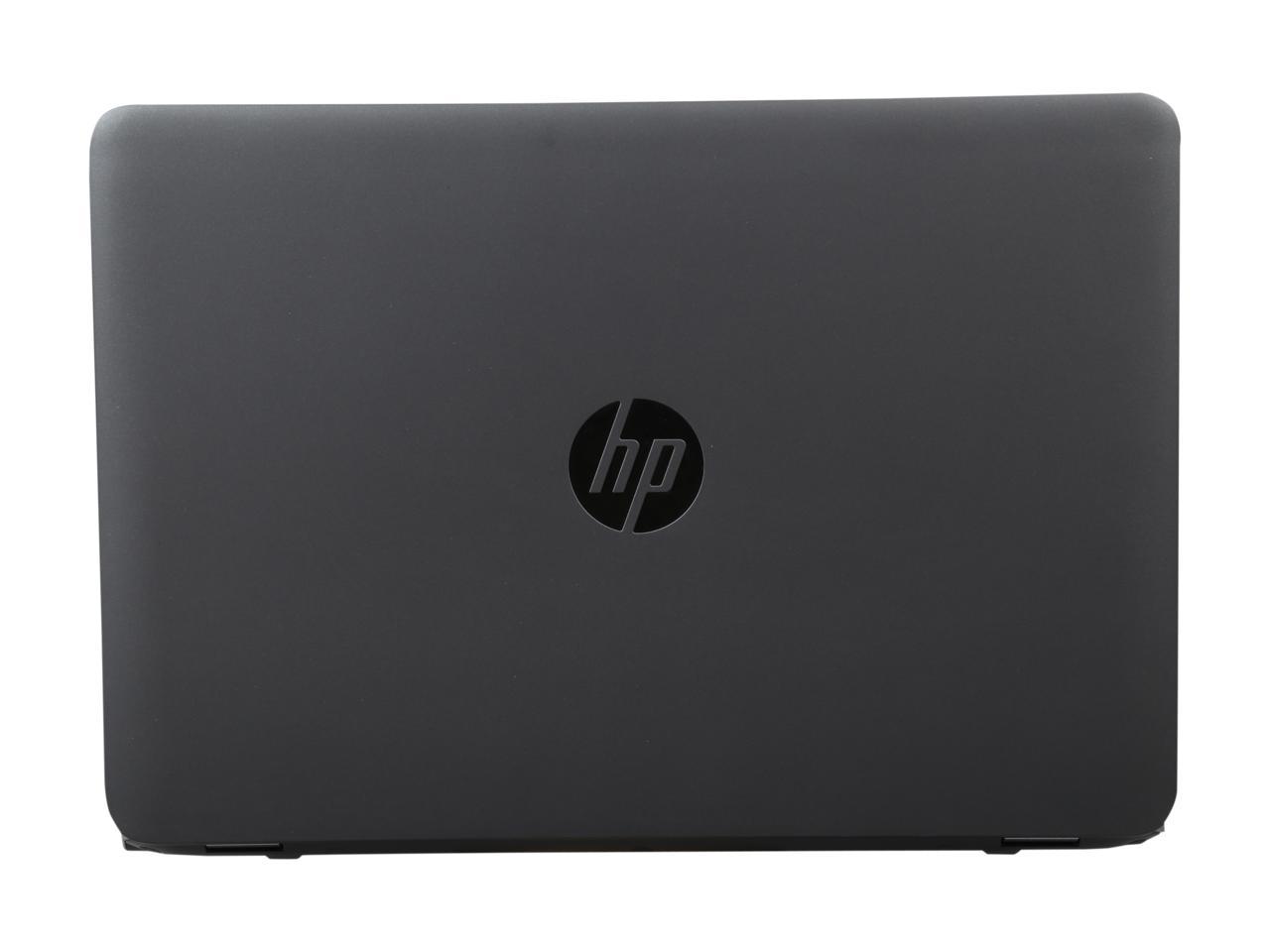 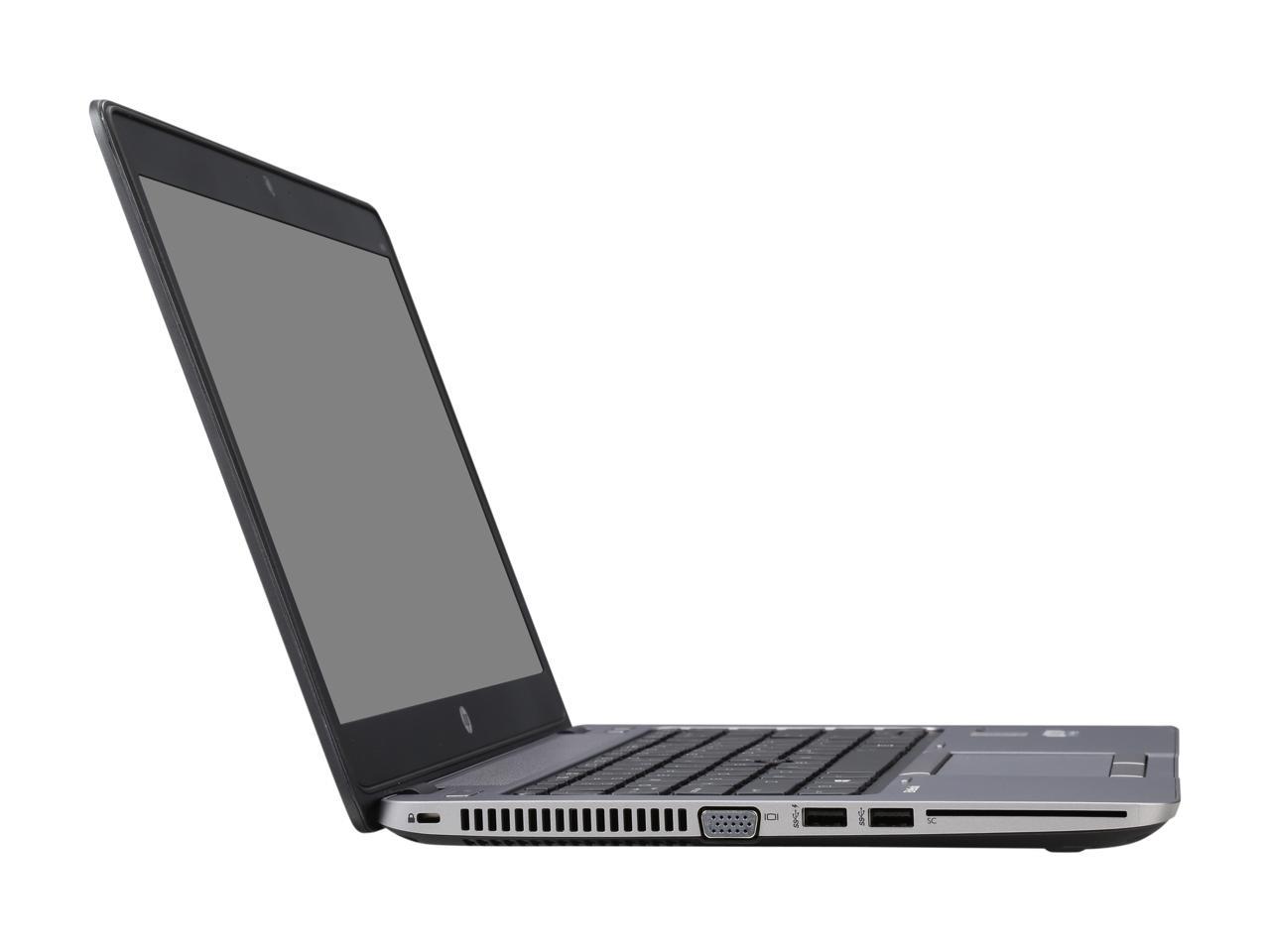 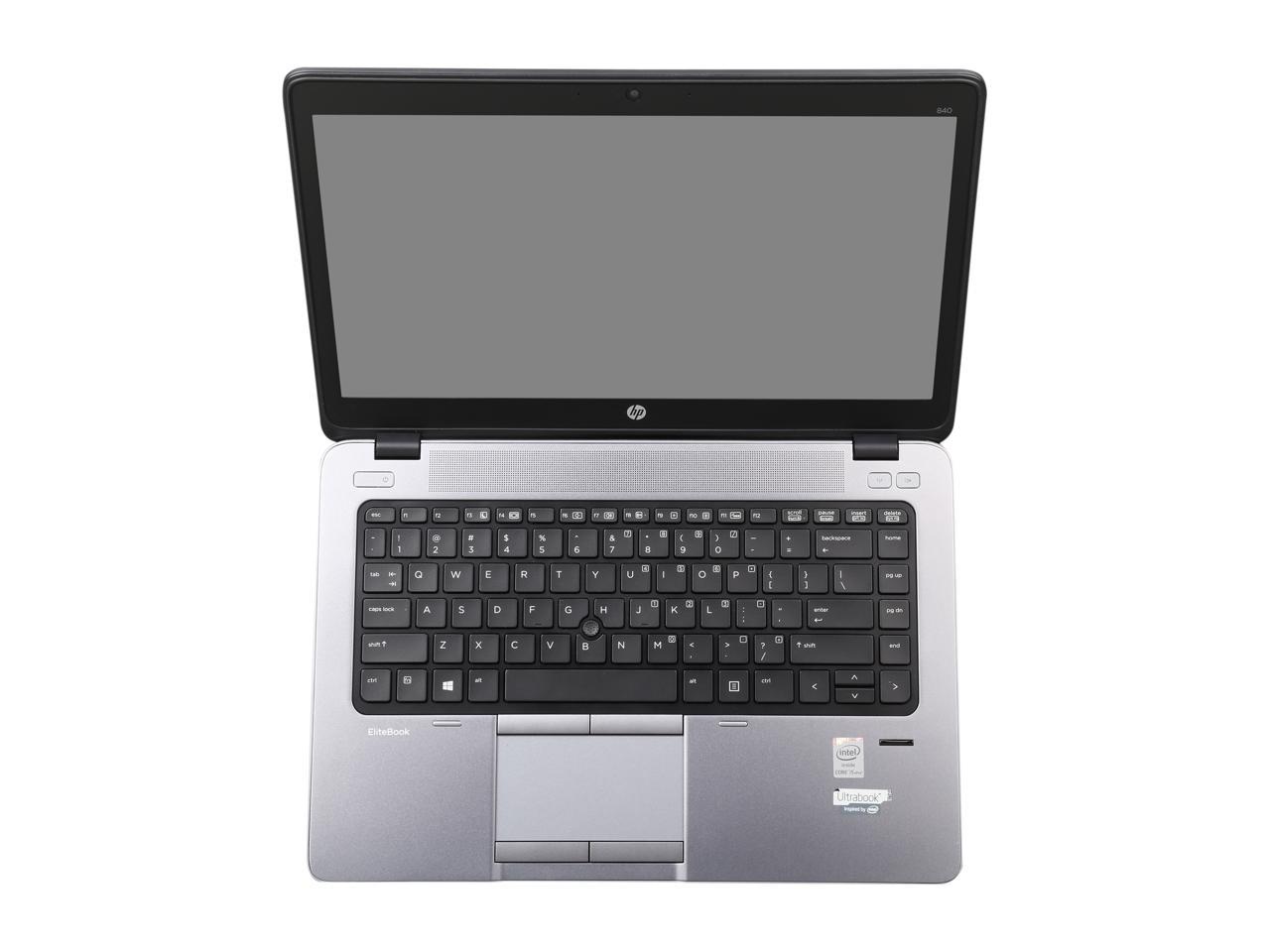 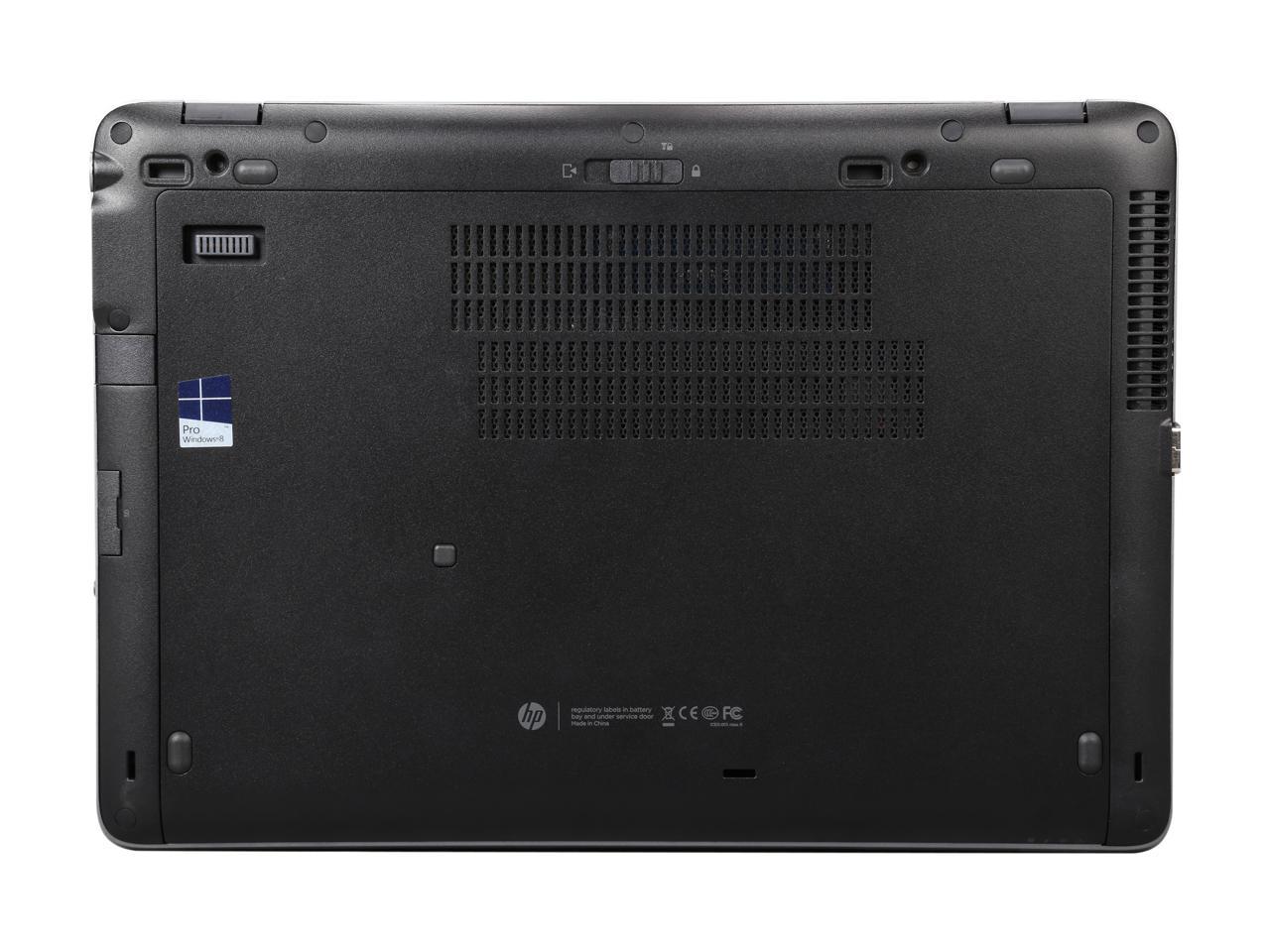 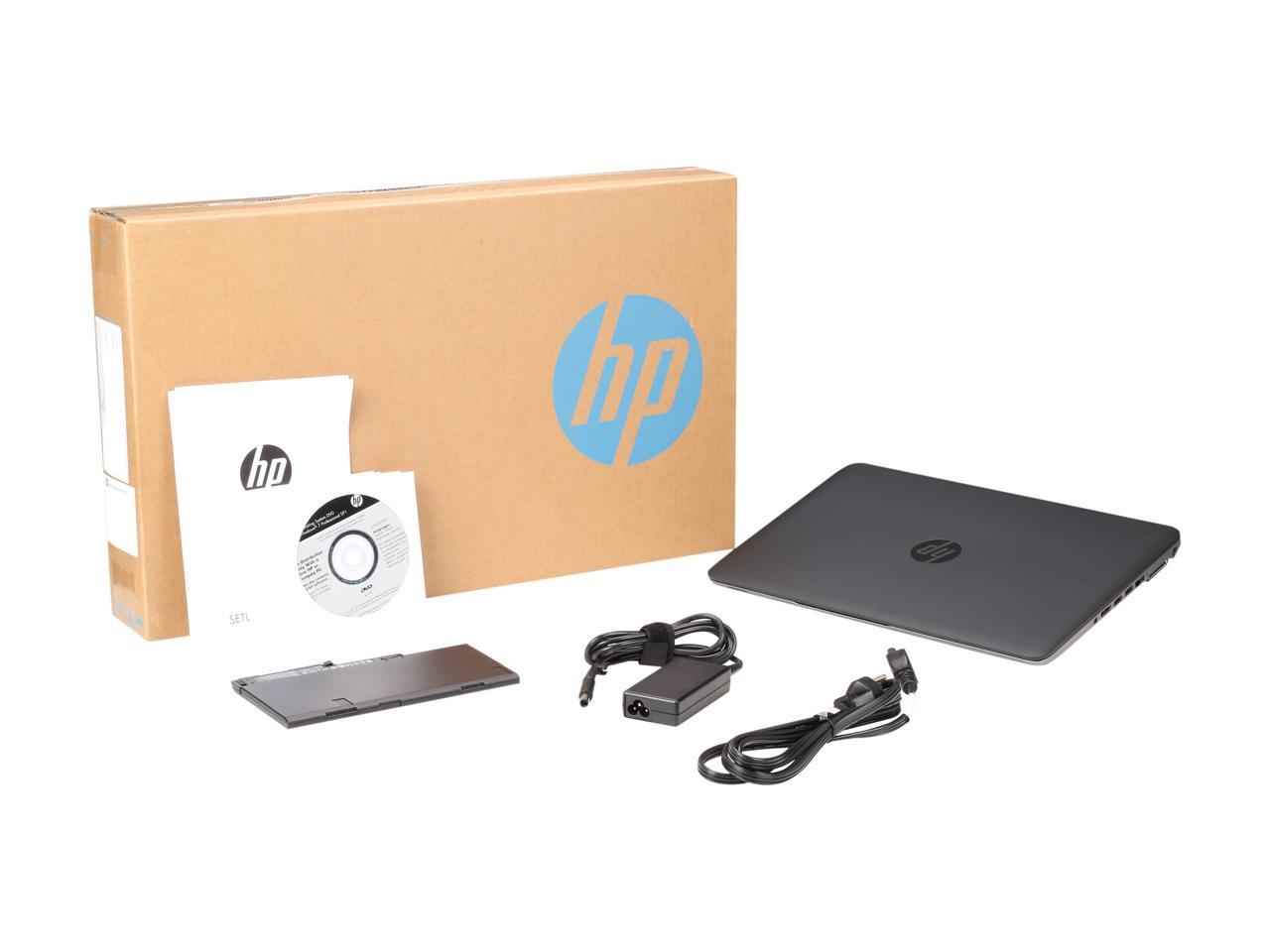 Pros: I've been using the 840 for a year now and absolutely love it. Our business is switching over exclusively to these to replace our aging fleets of xx40, xx60 and xx70 series of Elitebooks. Users of the older models complained of the weight and bulk and love the new lightweight and slim desgin of the 840. Those that used the 12" model appreciate having a 14" screen that weighs much less than their 12" did. The backlit keyboard is a huge improvement over the LED light that used to be on the screen by the camera of previous models which didn't work most of the time. The speed and performance boost from the SSD is also a big improvement. A lot of our sales force is on the road and they can be a bit rough on PCs so not having a mechanical drive means much less support is needed because drives aren't crashing like they used to from being bumped, dropped, etc. We order all our 840s with 8GB RAM standard which is more than sufficient, but they can run up to 16GB which again for those with resource intense applications is a great option. There is also a USB port on the left side (lightning bolt) that you can use to charge your phone even when the PC is off which I find as a great benefit when needing to charge while on the go (such as walking through the airport or taking a bus/taxi someplace).

Cons: The only con for me is the 180GB SSD that comes standard. For most of our users it is more than sufficient, but some of the IT folks and power users could use a 250GB or 500GB SSD (I happen to run multiple VMs on mine for testing) so space is tight but it was easily fixed by installing a larger size SSD. Some people might find the lack of a CD/DVD as a con, but let's be serious. If you're still using CD/DVD media, you need to get with the times. USB sticks are cheap and hold a lot more data than a CD/DVD can and are much more portable. That combined with cloud and network based storage there is no reason to need a CD/DVD drive anymore. All media can be downloaded and installed directly. As a member of the IT team responsible for all client applications, I can't recall a time when we had any physical media to install software over the last 2-3 years unless it's a really old program that should be retired or upgraded to a current and supportable version anyway.

Overall Review: Had been a fan of the Lenovo line of notebooks for a long time but the newest Elitebooks have finally tipped me in favor of the HP notebooks. My brother got a new Lenovo notebook from his company recently and my HP 840 blows it away across the board: weight, size, features, performance...you name it.

Pros: Great processor for running just about anything SSD loads everything really quickly, boots in about 15 seconds on Windows 7 USB 3.0 make transfers quite fast get between 100MB-200MB per second 4GBs of ram, don't need much more with the SSD but its expandable so that's awesome Illuminated keyboard you can type in the dark that pretty cool Small and light and all metal making it durable and should last along time It is everything you need in a basic home/work laptop. You can't beat it for $600

Cons: A bit of bloatware but that can be removed but it's annoying. Not really a con, but thought it was odd that they give 4 OS DVDs when is no DVD player. But you can buy a portable USB DVD player for $20-$30.

Pros: Fast. Clean. Not too much Bloatware... Powerful enough to handle gaming even though this is an ultrabook for business. You could overclock your GPU at your risk.

Overall Review: Happy with the purchase.. the refurbished one cost over 600+ on other sites.

Pros: This thing has an incredible battery life. Able to do lots of gaming, though this is not a "gaming laptop". Probably won't handle the new high-end games, but I have played S.T.A.L.K.E.R Clear Sky, on Medium res settings... no problem. I have also played F.E.A.R. 2, on higher res no problem. Look into the video card specs yourself to determine if it's good for you. I played for about 2 hours and still had 20% remaining. I bumped my power settings to power saver mode to achieve this (not hard... just select from your power icon by the clock or control panel in windows settings). It has a really nice fingerprint scan security. You can bypass it and use the password at any time instead, but it's a nice quick entry option for security instead of the password. The back-lit keyboard. Upgrading memory is really easy (I did -- went from 4gb to 8gb). Comes with CD Media to fully restore to factory, even though it doesn't have a CD ROM (you will need an external CD ROM to do this, which I have). Has integrated system restore partition, so you can do a system restore without the disks (assuming no hard drive failure, of course). On that note, using the disks does a truly factory restore, while using the integrated restore does not actually reinstall all the security features. I know, because Windows became corrupt and I already had to do this. I reinstalled from the system first, and noticed I was missing a few extras (extras I liked). So I reinstalled from the discs, and the finger scan security was and everything was setup truly factory. The integrated restore really just re-installs Windows, and all necessary drivers. So still a complete and function reinstall of the OS. Very thin, and lightweight.

Cons: The back-lit keyboard is really great for working in the dark. Perhaps I should list this in the cons, and may I will, but the only thing I don't like is it only lights up when you press a key... for about 3 seconds (and continues to stay lit as you continue to press keys). I wish there was a setting to leave the back lighting on. If there is, I have not found that setting.

Overall Review: I build computers. I have since very young, and have always been a desktop person. Over the years of a growing family, laptops have become more practical for us and I am very technical in general. This laptop is very good for the money (but I only paid $500 on a black Friday deal from Newegg). I like this one so much, I purchased another one when for my in-laws when they were looking to upgrade from their desktop. Make sure you are aware this DOES NOT HAVE A CD ROM. If you need a CD ROM, you need to use an external USB CD ROM drive.

Pros: This has an extremely powerful I5 (roughly 80% the power of my desktop I7-920). The 4 gigs of RAM are plenty for most purposes, and EASILY upgradable. I mean, 30 seconds to swap out your RAM without tools. There's just a back panel that is securely fastened, but buttons off and it pops open effortlessly, with your SSD/HDD, RAM, and other components easily accessible and labeled, including the battery which is safely contained inside the housing. The SSD is a beast, hitting the highest PASSMARK performance scores (literally better than any comparison drives listed), and outperforming most SSD's easily. HDD's can't even compete, and this thing boots up in about 10-15 seconds. The fingerprint reader is extremely effective and usually works on the first go without being careful, which is unusual on laptop fingerprint readers. The security features on this thing are too numerous to mention. This thing SIPS power. I mean, I went from using an i7-720m on my last laptop, which used 130-140 watt adapter, to this thing, which uses 11 watts at full load, and comes with an adapter fit for a large tablet. The case is built like a brick, while still being light. It's one giant cold piece of metal, which is rock solid, yet stunningly light. No bizarre frills or bloatware, it's a business oriented system. I really liked this laptop when I saw it, and I have to say, it was actually better than expected.

Cons: Not a one. Just be sure to perform all updates right away, and there will be a lot, as this system has not only Windows updates, but HP updates which are generous and forthcoming (and that's a good thing).

Overall Review: This system says it's a $1199 system on the specs, and although they generally have it much cheaper, it really is an $1199 system. It feels like you are holding a premium product, it has powerful processing and a rapid SSD, and comes in a solid body. It has a 3 year warranty (keep your receipt, that's the official warranty instrument, otherwise they use date of production) which is a fabulous warranty for such a cheap laptop. Also, you get Windows 7 and 8 discs, in full. You don't even have to make the backups (though you have no disc drive, so you need a USB one to use them). Ultimately, I am completely satisfied at this laptop. I owned a Dell, HP, Compaq, and Acer laptop during the last 9 years. This is the first one that hits the sweet spot of powerful processing and rapid performance, coupled with low energy usage (battery longevity) and almost no heat (idles at 95 F, working at about 130 F). I've struggled for years to find that (and spent much more money), and this really does seem to be the perfect package. You absolutely can't go wrong with this system. Also, the complaints about the track pad and rubber pointer you see on some of the reviews are nonsense. It all works perfectly, though it may be possible to get better, if you're willing to drop some serious dough on a much higher system.

Cons: Mousepad not so great

Overall Review: I've had this laptop for work for about six months and I liked it so much that I decided to buy one for myself when I saw the deal on newegg for Cyber Monday. The keyboard is great. The keys are very easy to type on. In the last three years I have used a MacBook Air, an HP Elitebook 8470, a Dell XPS 13, and an Acer c740 Chromebook, and this computer --HP EliteBook 840. This computer has the best keyboard by far and I spend all day typing on it; I type more than 10,000 words per day at the minimum. The only problem I have with this laptop is the mousepad. Often times it tapping it does not register. If I click on a link, nothing happens so I have to do it again. This doesn't happen all the time but it happens enough that I thought it needed to be included in this review. Everything else is pretty good for a $600 laptop, I honestly can't find any other faults worth mentioning.

Pros: Only SSD Lightweight Compact Battery life last around 8 hours doing regular work What more can you ask for?

Overall Review: Monica was a great help with customer support. She responds in a timely manner and was very helpful to fulfill my requests when my laptop speakers were no working and was able to work around the situation. I don't see why people would dislike this company. Great products and great customer service. I definitely would not hesitate to buy from them again.