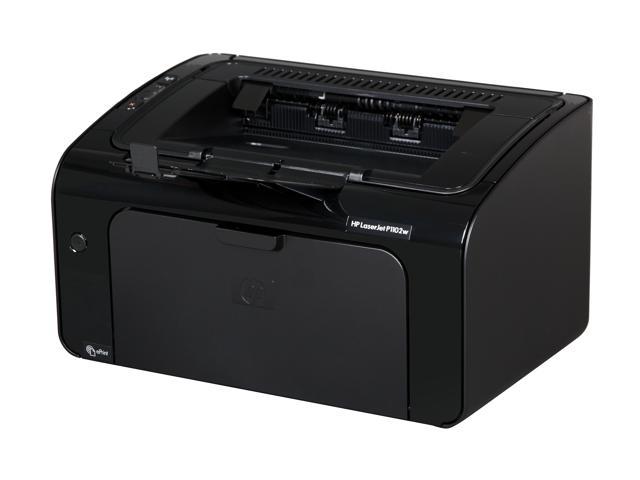 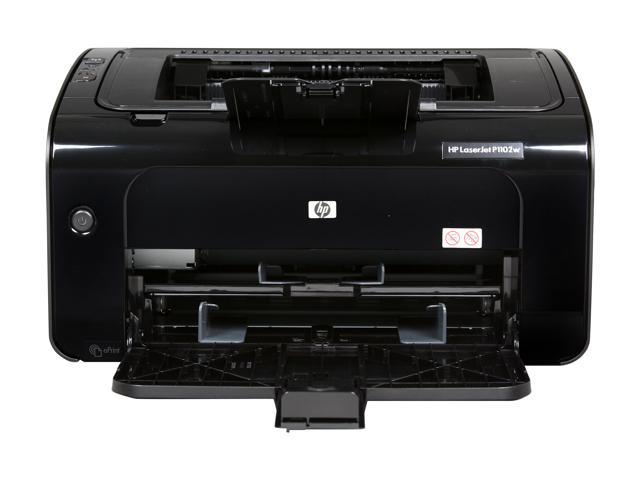 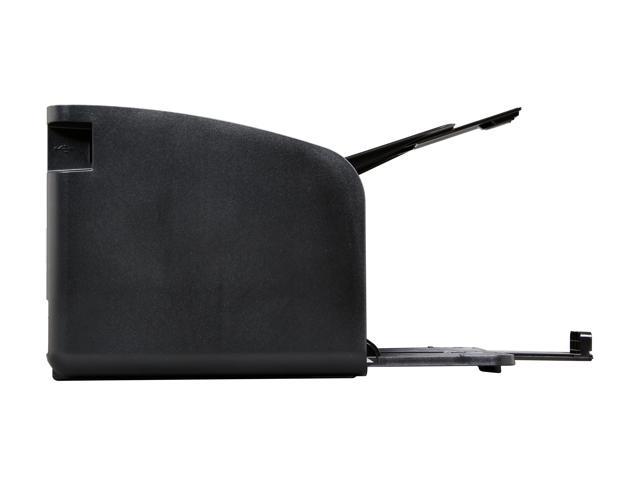 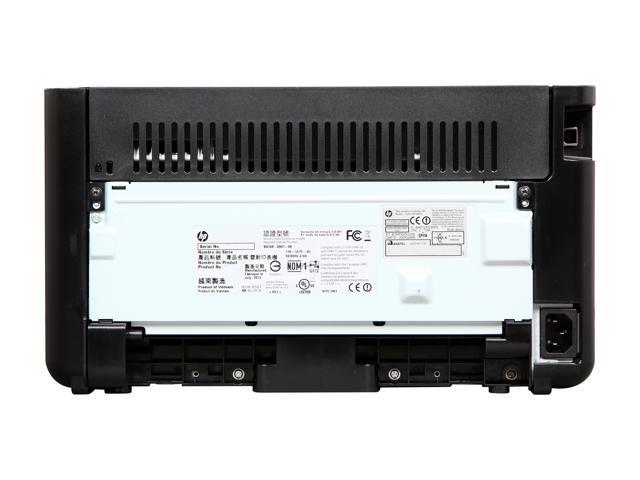 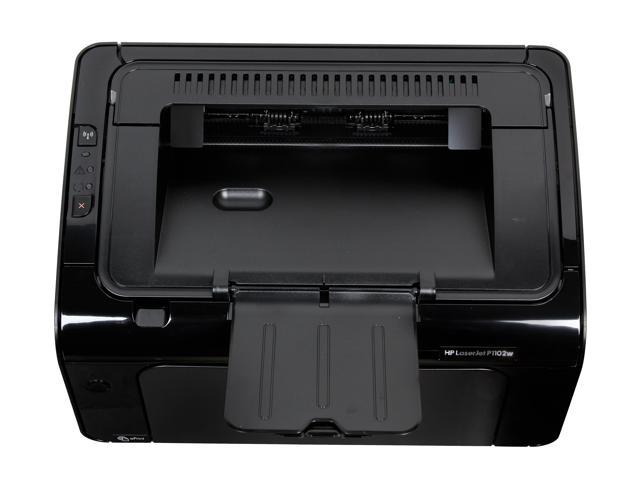 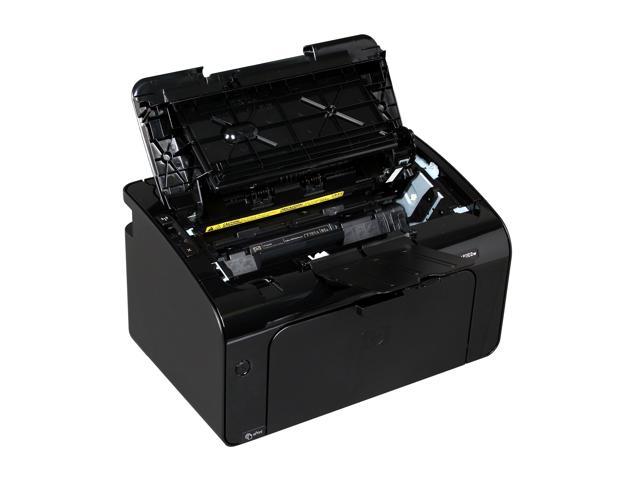 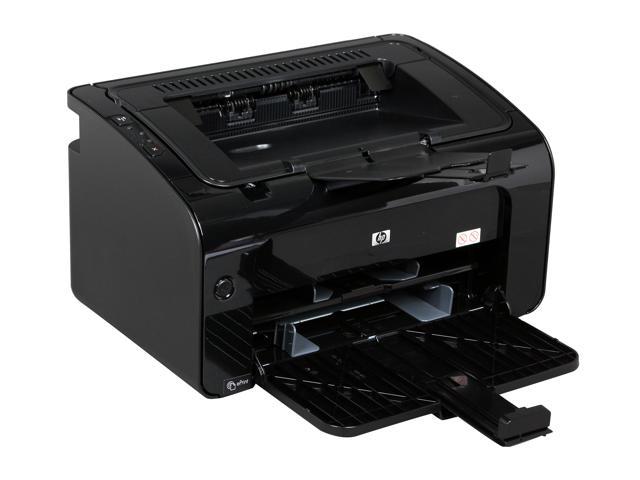 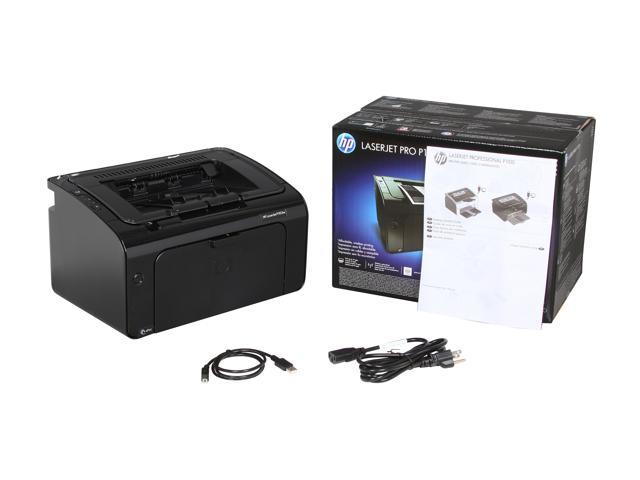 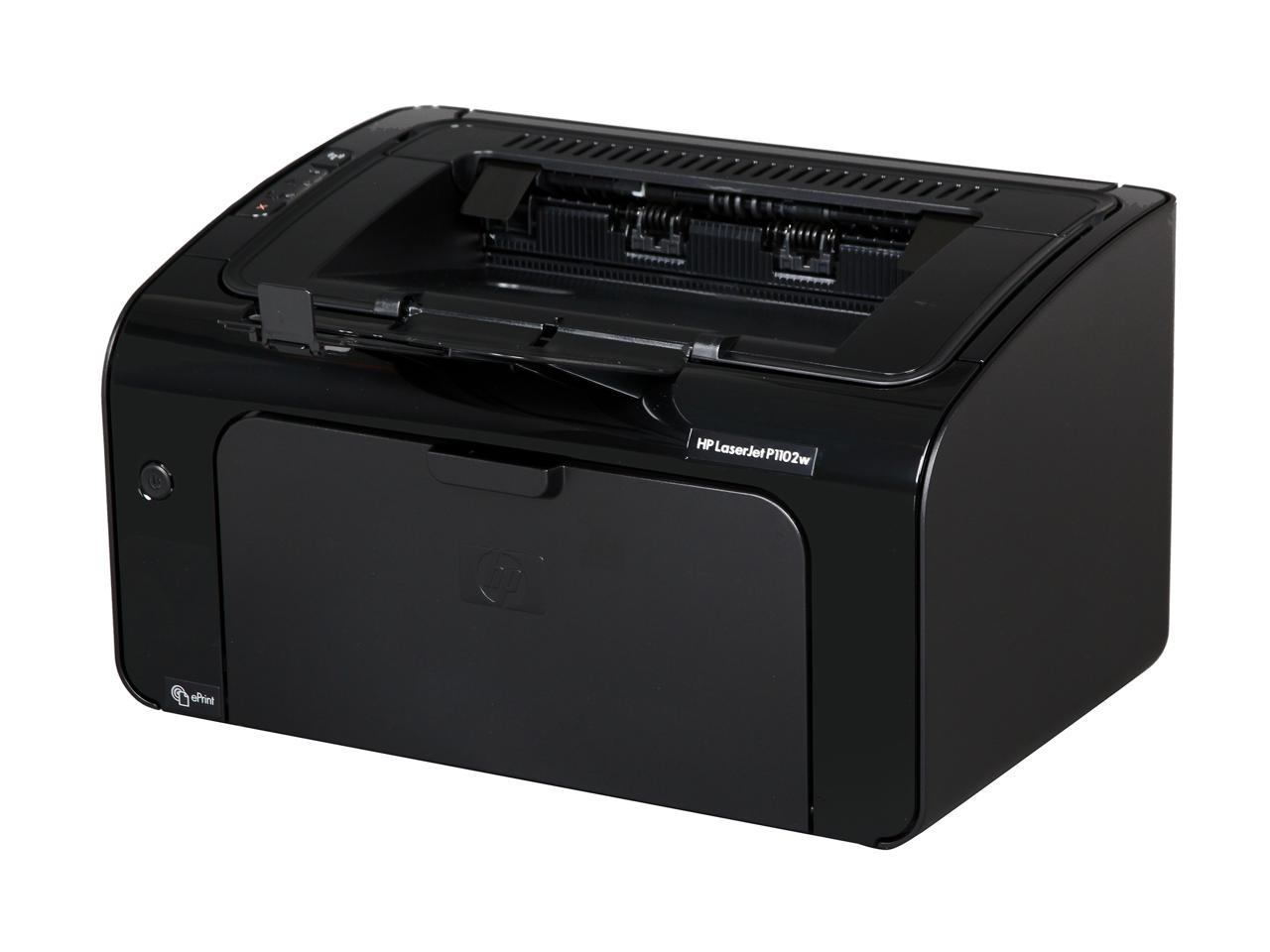 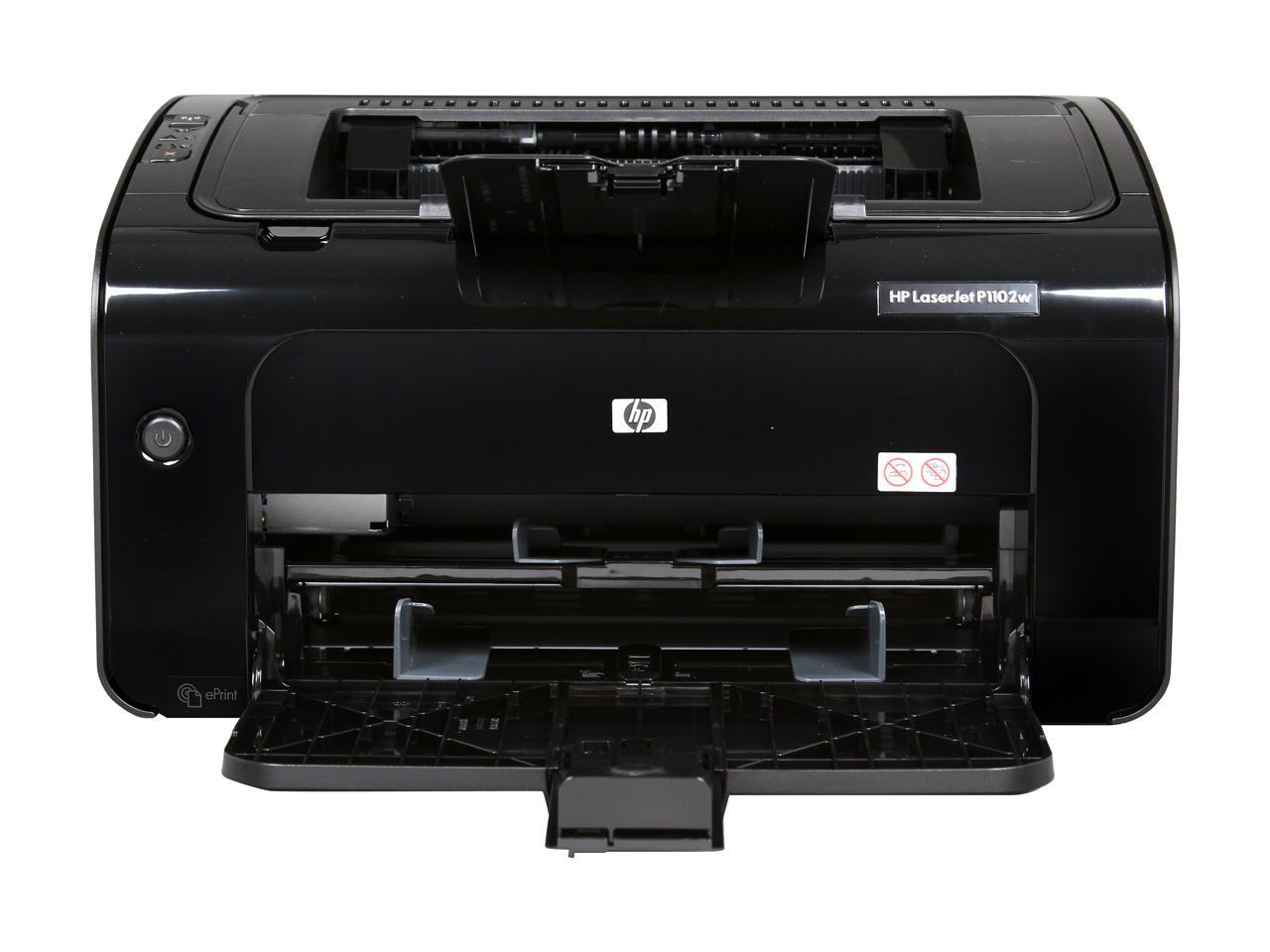 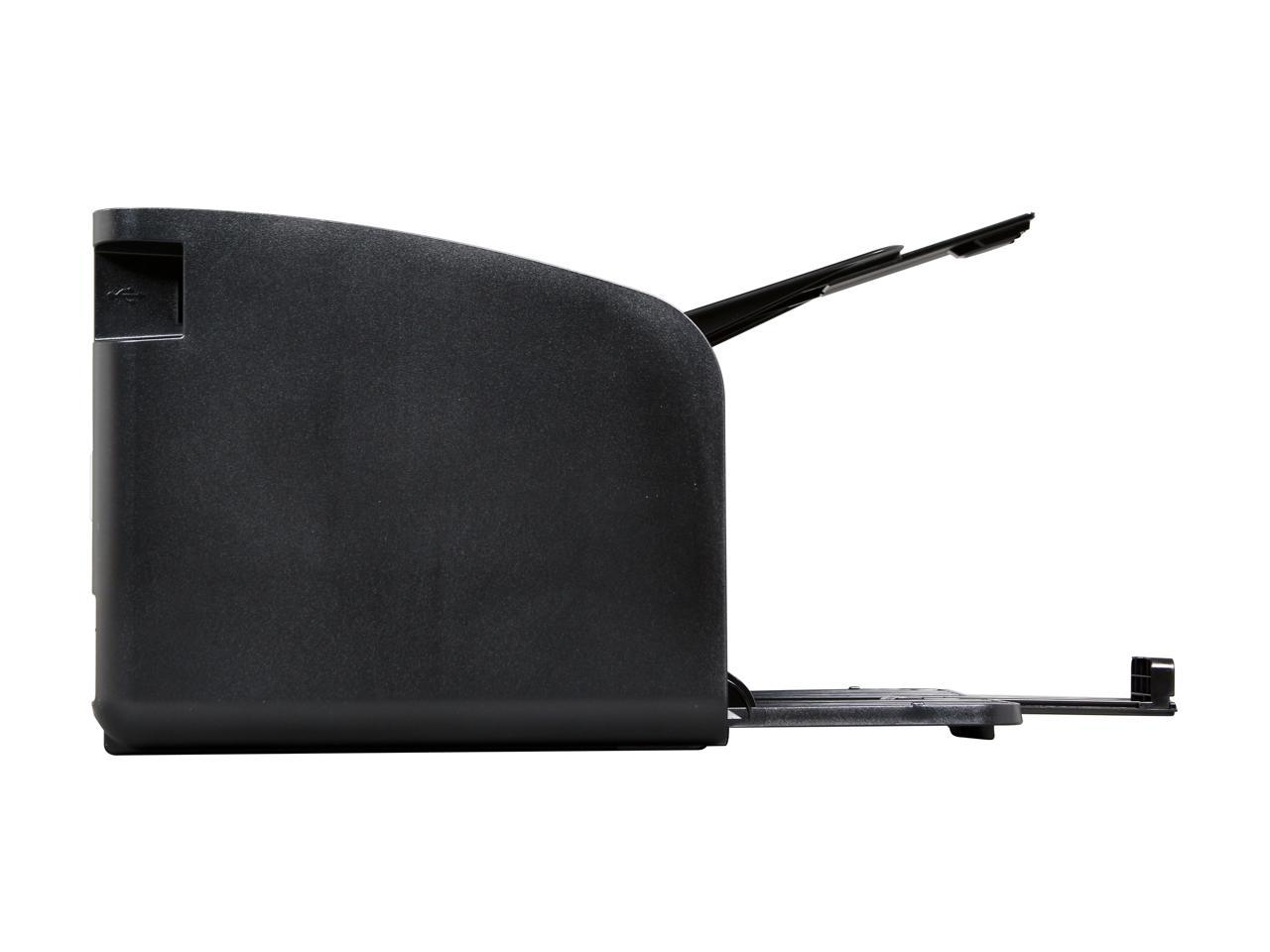 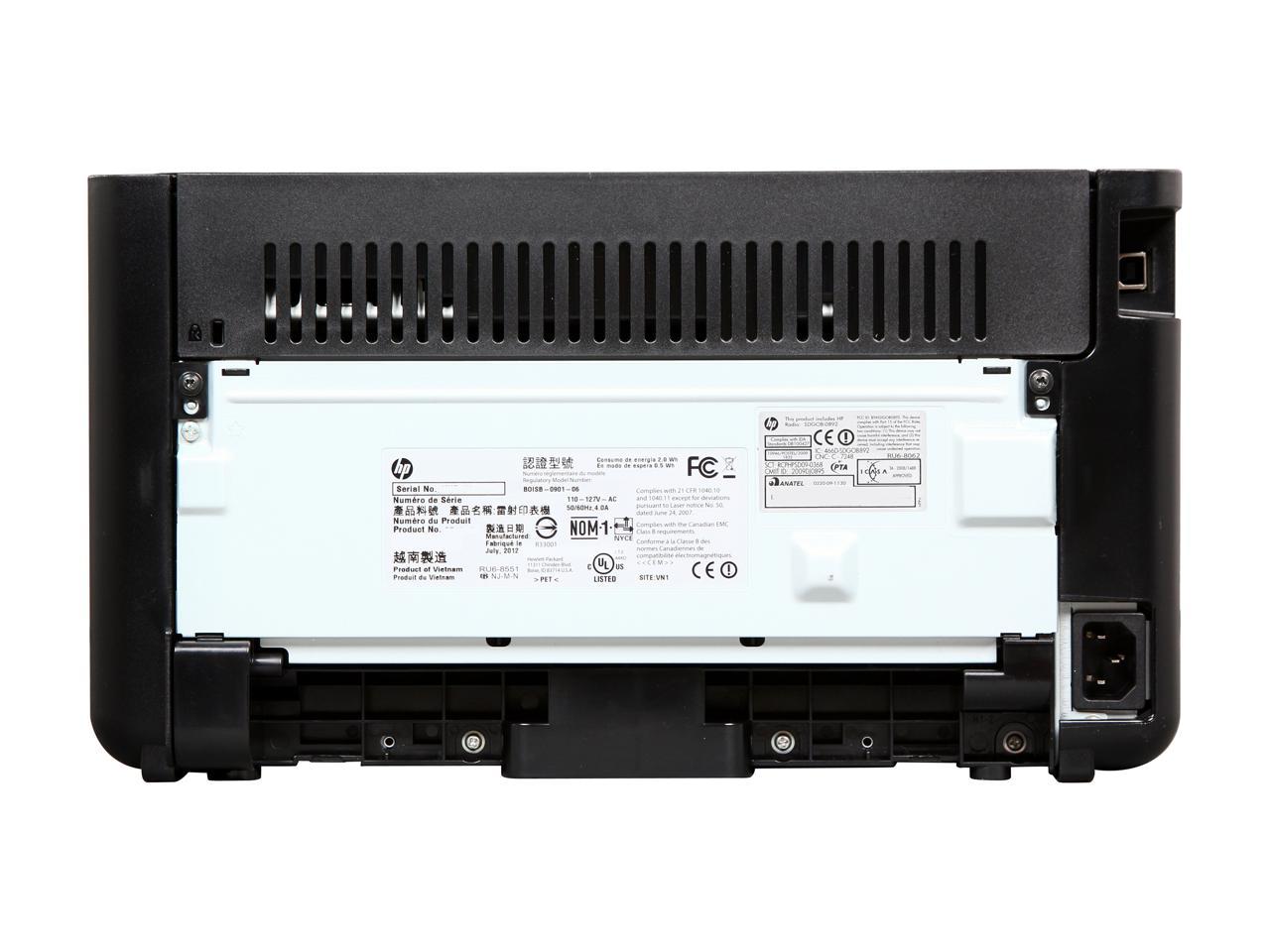 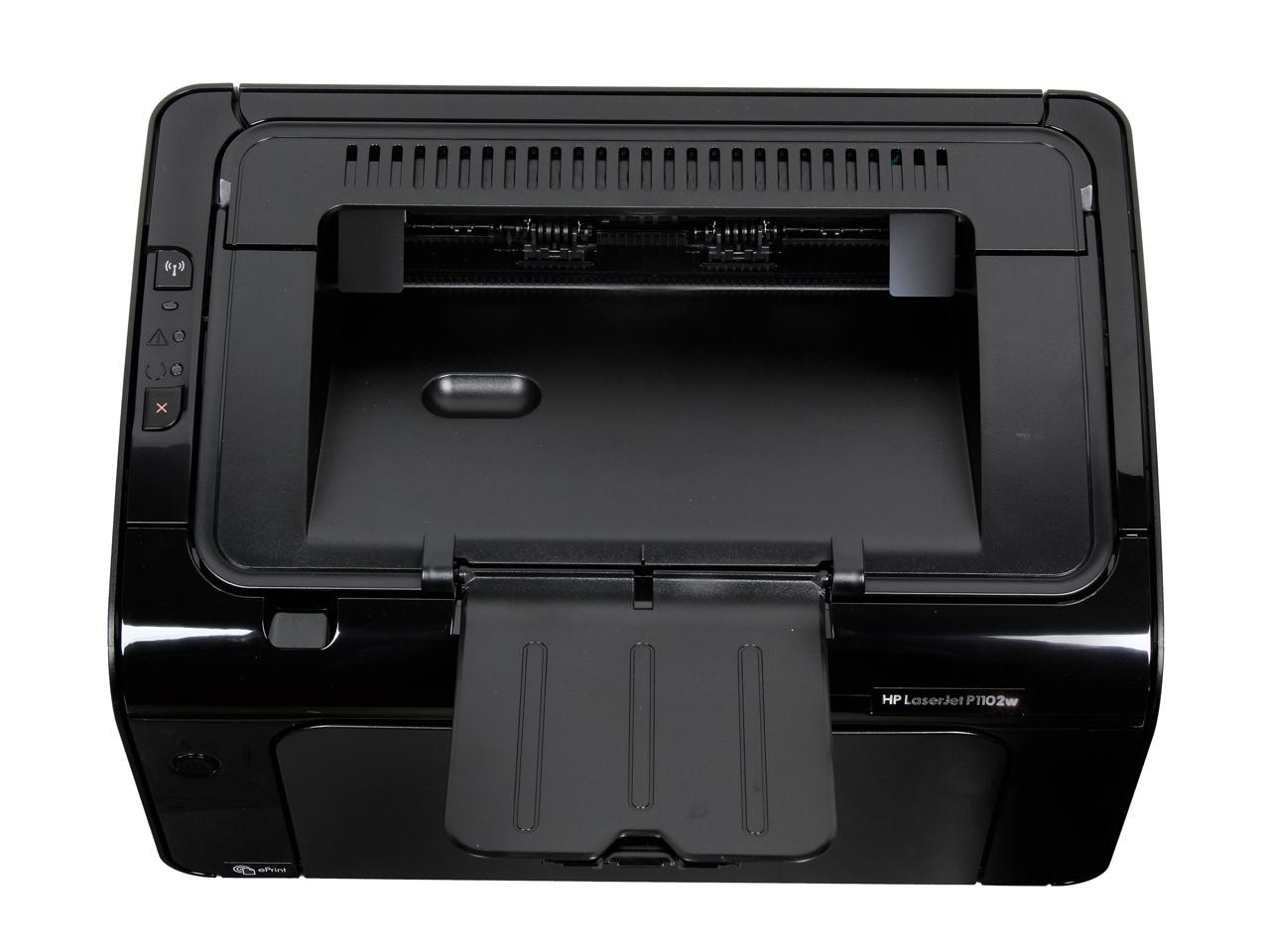 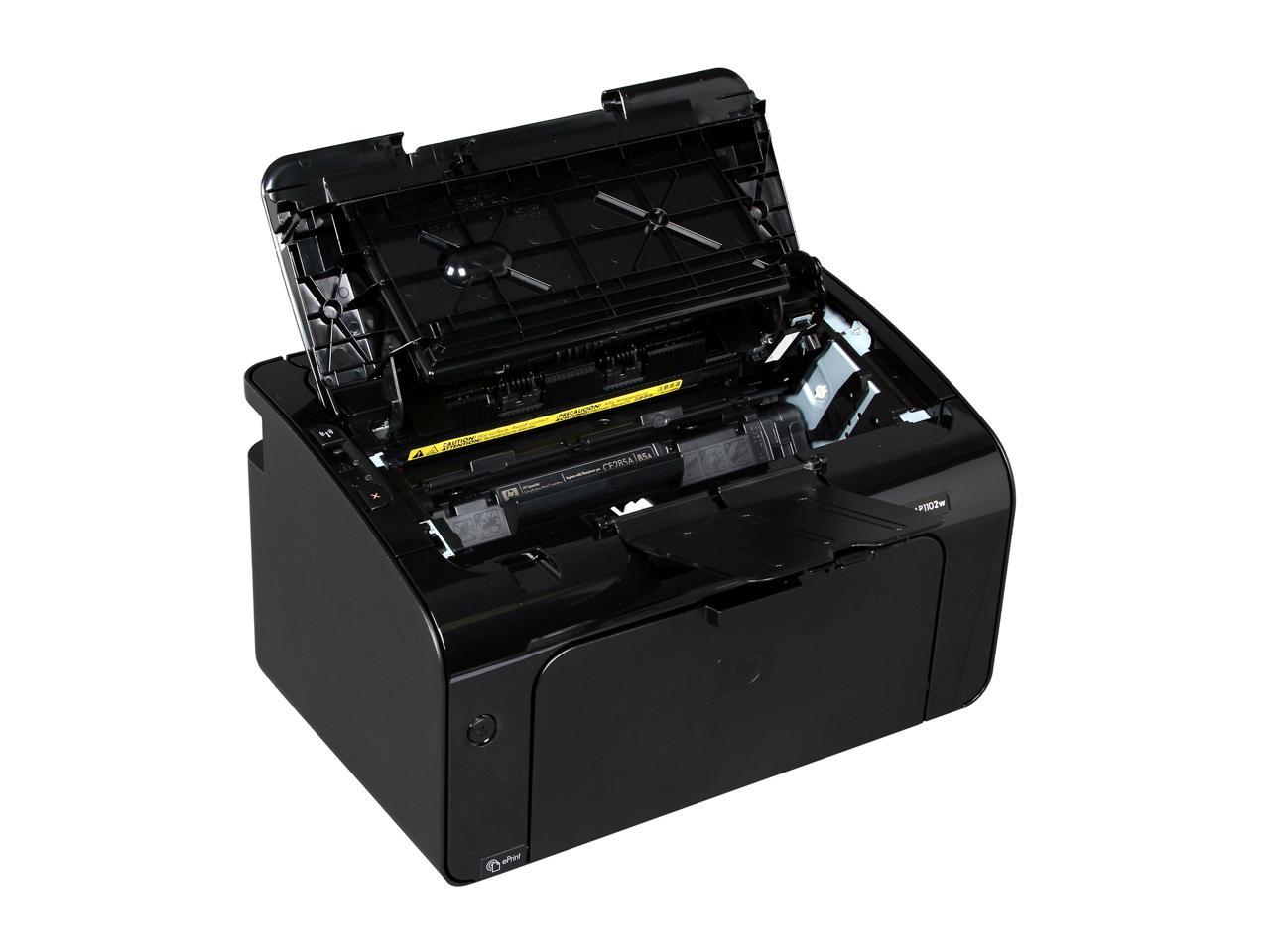 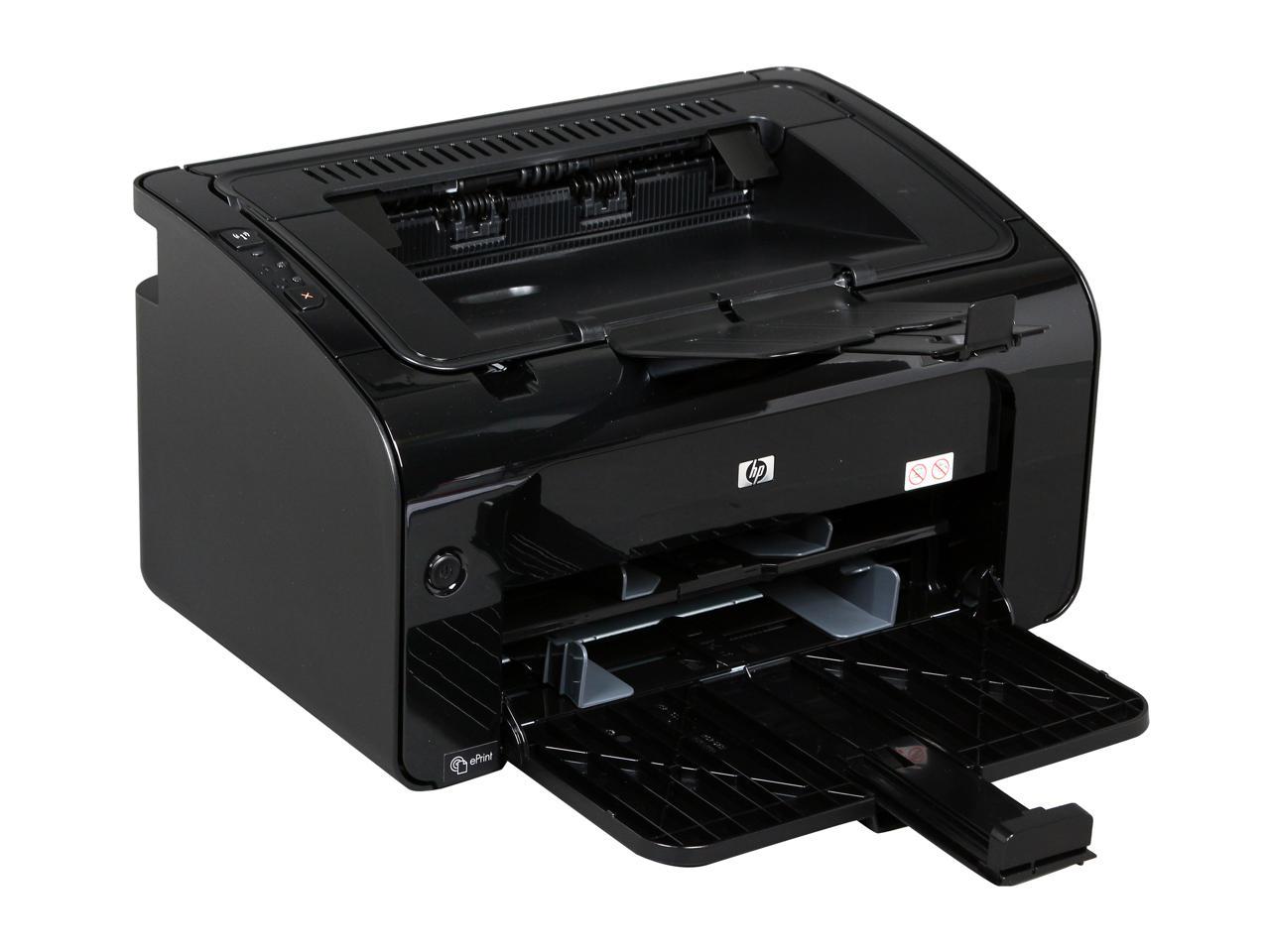 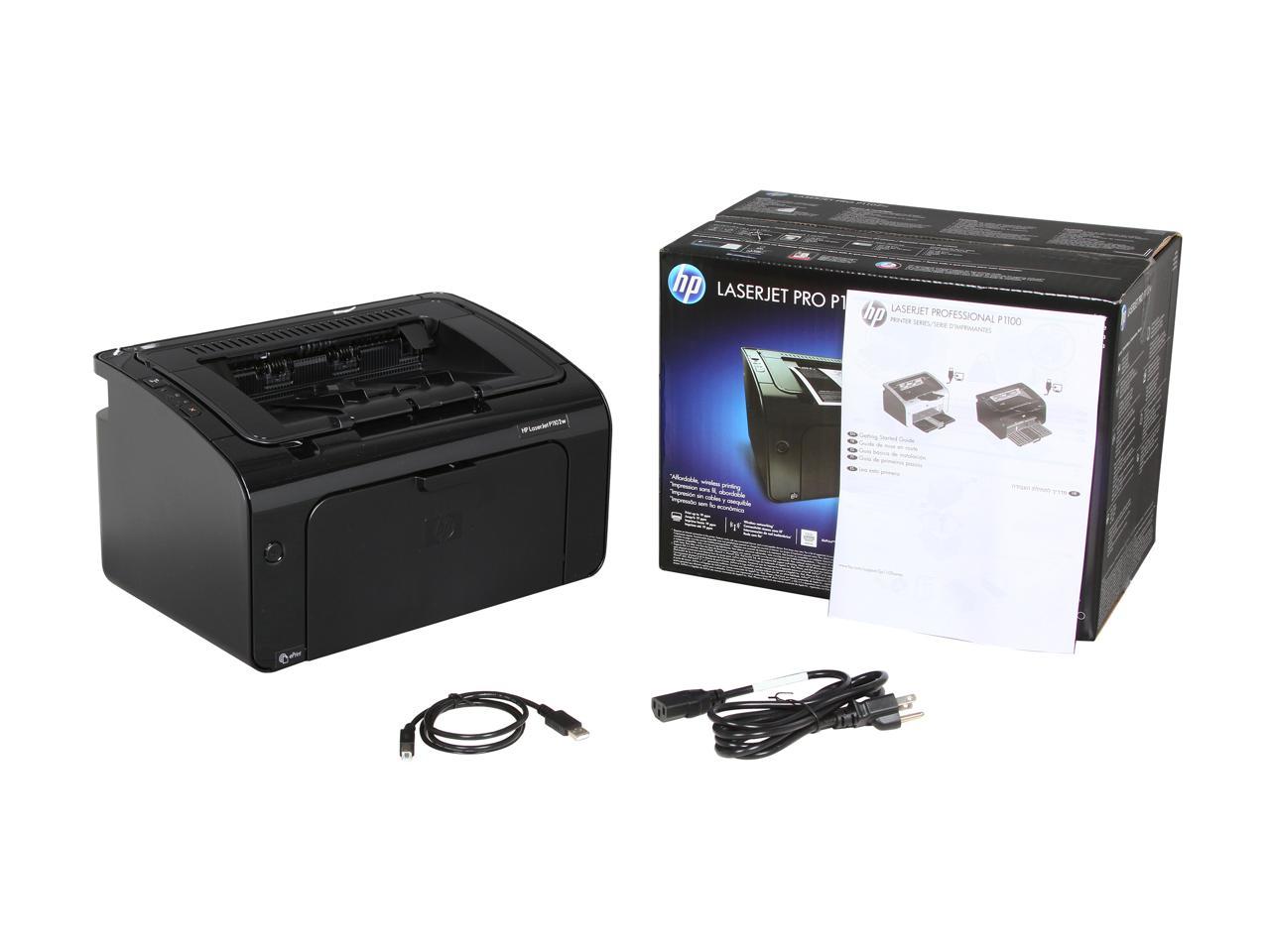 (80) Write a Review
OUT OF STOCK.
Overview
Specs
Reviews

Learn more about the HP P1102w

Pros: Fast Printing. Quiet. What else can you say/expect from a simple black and white toner printer.

Cons: Sometimes it takes in more than one sheet of standard cheap Georgia-Pacific paper i recommend getting thicker slightly more costly printer paper. Printer properties were a bit annoying make sure to hit apply after making any changes in your 'devices and printers' property pages, if you change settings then change a page it doesn't save the changes on the previous page, usually i change settings on all pages then hit okay but it wasn't saving settings if i didn't hit apply on each page. I personally recommend disabling the auto-off feature in printer properties, sometimes when powering it back on it takes awhile to be re-detected maybe its just my computer its auto sleep mode should save more than enough power. Had some major USB driver conflicts with my old HP laserjet 1200 this was replacing. Even though i uninstalled my hp 1200 drivers before installing the new ones there was still various dlls left in that somehow caused this printer to be detected as a dvd drive??, then after i uninstalled the new printers drivers.. it oddly didn't uninstall anything so i had to manually go through the registry and remove all hp dlls from the print spooler registry section (HKEY_LOCAL_MACHINE\SYSTEM\CurrentControlSet\Control\Print\Monitors), delete all the new printers registry entries (various services), delete the 'C:\program files\hp' files delete the installed printer HP dlls in the windows drivers print spooler location (Windows\System32\spool\drivers\w32x86) delete all the HP printer dlls from system32, all just to get this printer to work through USB, (i'm certain it would've worked flawlessly through wireless but i prefer wired hence why i only took off one star), hopefully this was just a freak occurrence but just in case you have a previous model laserjet running on a USB it may have similar problems getting it going [directories and locations are for 32bit windows i wouldn't recommend trying any of that without knowing exactly what you're doing].

Overall Review: HP laserjet printers are usually the best bet for people who print alot and don't need color, my older 1200 series lasted around 10 years and i ran it to its death, it went hilariously though at first it had a high pitched scream as it printed, then it started printing in wavy lines, now it just farts when you press the power button. I bought this to replace it and it works great so far, wonder if it can last longer than my old one. A slight issue that has nothing to do with the printer but more with neweggs shippers: Theres a current 30$ rebate going on with the purchase of an HP toner cartridge, neweggs shipper's ship the printer by slapping a UPS label on the printer box and shipping it, which isnt normally an issue, but they happened to slap the UPS label >on my UPC code< (required for rebate) i literally spent 2 hrs to carefully not damage the UPC peeling the UPS label off hopefully HP still acknowledges it when i mail it in.

Cons: Be ware of security issues with this printer, by default it is set for the easiest access .. which means its open for anyone in wifi range to access until you secure it (see other thoughts)

Overall Review: After install the printer shows up in your wifi network list with - no password, and no way to set one. Anyone in wifi range can print to your printer - whatever they wish to print to your printer - so beware. Once you are setup, let it download and install the firmware update (always use the most recent firmware). then launch the browser page interface (Windows devices and printers>find your printer and right click> select properties>Web links tab and click the webpage link) Once you are into the printers web page interface click networking then click password and set a network password to prevent anyone from getting to the config page for your printer. (note this only sets a password for administration access to your printers config - not your printers network access) Next select the wireless direct setup link and disable it. This will stop your unsecured printer from showing up in the wifi network list when devices look for a network connection. now only computers , phones, and other devices on YOUR wireless network can print to the new printer. the last step for me was to enable Google cloud Print so my chrome Book could print to it - that took a few steps but the webpages walk ya through it. I can not stress enough - MAKE SURE YOU SECURE YOUR NEW PRINTER!!!

Cons: This printer will break itself irrepairably and HP won't care. If you ever set the printer to use a static wireless address and then use the standard reset feature, the wireless will break beyond repair. The reset assigns the wifi a static IP address of 0.0.0.0: this address is unroutable and once you lose the DHCP, immutable. Do not waste your money on this printer if you expect to use the wireless. Never use the offered static IP feature if you do have one.

Overall Review: HP shows no interest in repairing the firmware to add back DHCP once one has chosen a static IP & then hit reset. Don't expect them to fix it.

Pros: -USB cable included -USB and wireless -works in a WAN (via router) or peer-to-peer -works with Windows 8.1 -CD-free install under Windows

Overall Review: When faced with a need to simplify a user environment (from a networked/wireless to a local printing environment), the two main features I searched for was affordability and a direct USB connection. This printer hit both of those marks, and as it came out of the box offered multiple additional pleasant surprises from a printer that is this affordable. Among them: -an included USB cable (maybe this is new since my last printer purchase, but this is the first printer I ever bought that included a USB cable in the box. Nice! -CD-free installation. I simply plugged this printer's USB cable into an available port, turned on the printer, and was walked through a no-hassle "HP Smart Install" routine that took only five minutes to complete. -Windows 8.1 compatibility. I've had past experiences with other perfectly good HP printers deciding they would not play well the most current Windows OS. My Windows 8.1 install is five days old, and neither this printer nor the 8.1 machine blinked during this install. Because the printing needs this printer will support are basic ones, I passed on the printer's prompt to download and install HP's XPS (XML paper specification driver). Because I specifically wanted a wired connection for this printer, I tested the wireless features only briefly, and successfully installed it wirelessly (both via a router-enabled connection to a non-wireless capable desktop AND via a peer-to-peer wireless connection that required no assistance from a router). All in all, this printer offers a tremendous amount of features at a very affordable price. Select with confidence.

Pros: Nice and small, but remarkably durable. Supports AirPrint for your iPhone/iPad wireless printing. We used put these on wireless netbook (Windows) carts in a school environment. When testing, I had 30 kids send print jobs all at the same time (on purpose) and it worked excellent; the timing would never be that all kids send at once so it was overkill (and covered worse case scenario). After testing we bought another 40 of them to run on netbook carts for 4th through 8th graders (one each per cart of 30 netbooks) and didn't have any problems with them. I could also print to it from my MacBook.

Cons: The biggest issue (which wasn't that big) was that we were running so many printers. If you were only getting one of these, that wouldn't even be a problem. The printer configuration was a little odd: once you set up the printer, you downloaded the driver and the driver was sort of customized for each specific printer. I don't think this would be an issue for normal use, but it was a little confusing for us since we had to keep 40 printer drivers separate, even though they were the same printer.

Overall Review: When I next replace my home printer, this is the model I will get.

Cons: Given its super lightweight construction I can only guess as to its long term durability. Not so much a Con as it is an observation.

Overall Review: This is working out as a great solution for printing from laptops, never did like using docking stations or USB cables in order to print. No print servers or hardwiring of the printer that would limit its placement, fits on a small bookshelf or any convenient location.

Pros: Works great. Replaced my faithful HP LaserJet 1020. Wanted something wireless as my old printer required my computer to act as the print server for the whole house. Printer is fast, no complaints.

Cons: If printer sees a power glitch it doesn't turn back on without manually hitting power switch. Not worth an egg but just here as information.

Overall Review: FYI: Your wireless SSID can't have a space in it. Mine did and it would not connect. Had to rename the network and everything is just fine.

Overall Review: I changed to this printer from an all-in-one inkjet printer and couldn't be happier. The amount of money I save on ink made this purchase a no-brainer.