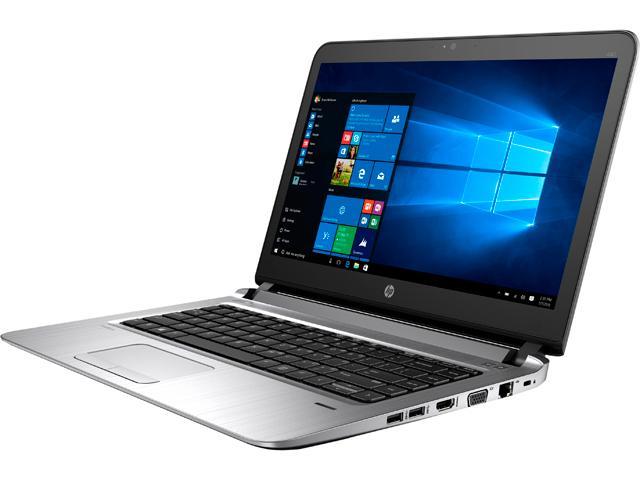 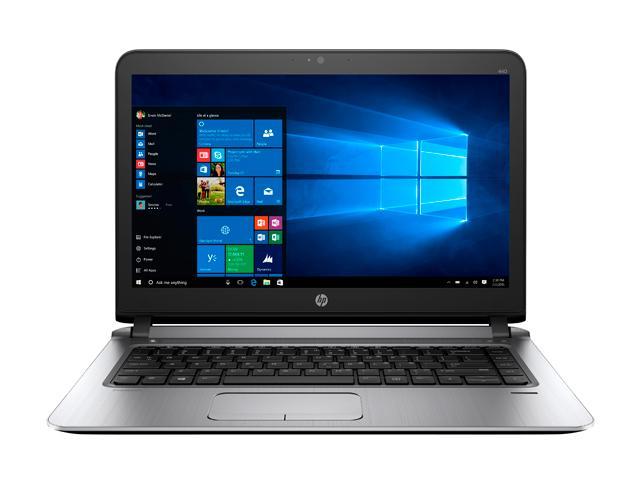 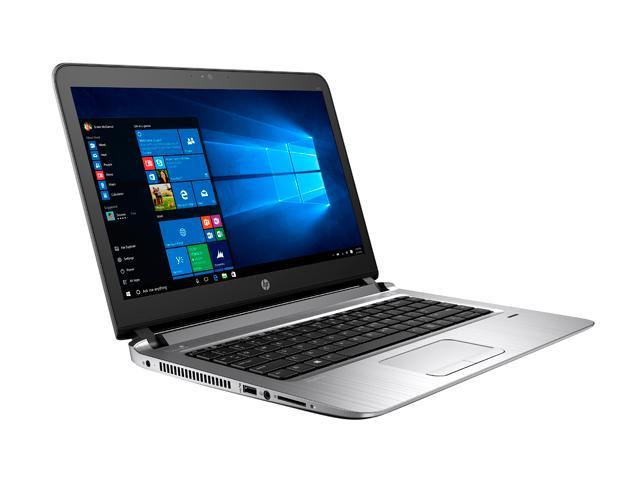 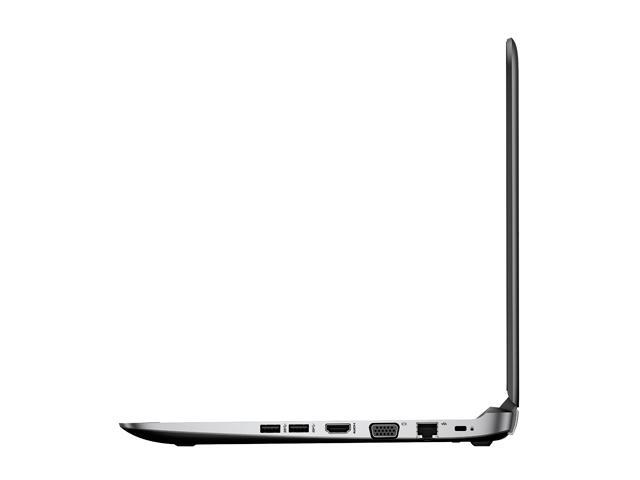 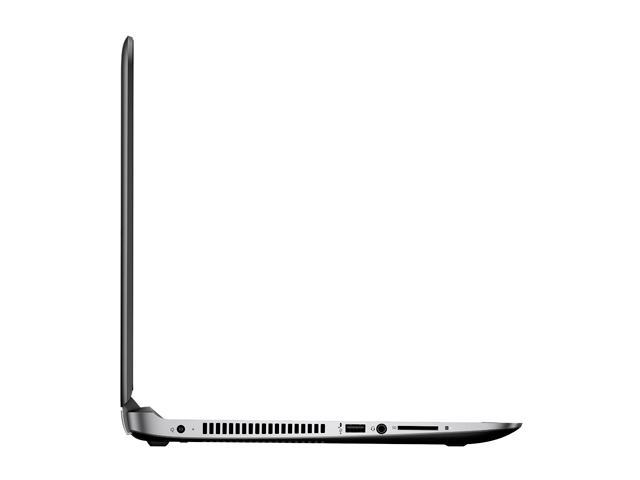 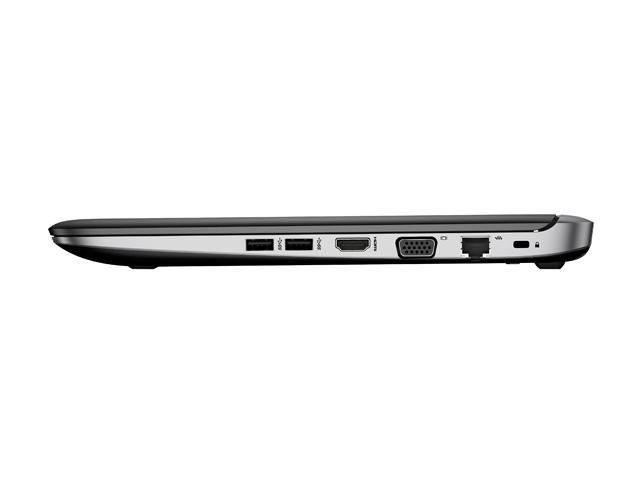 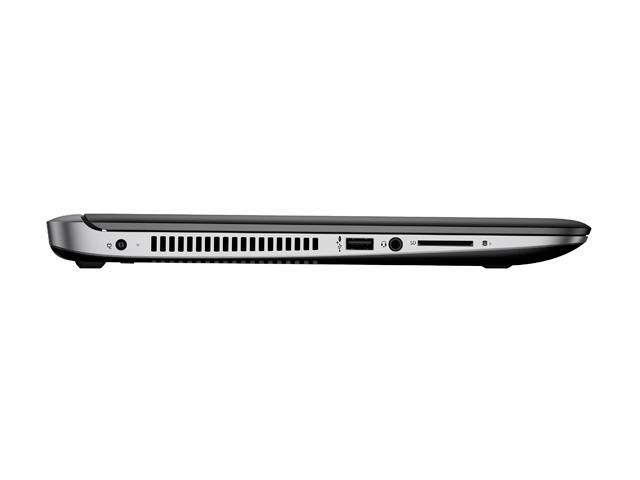 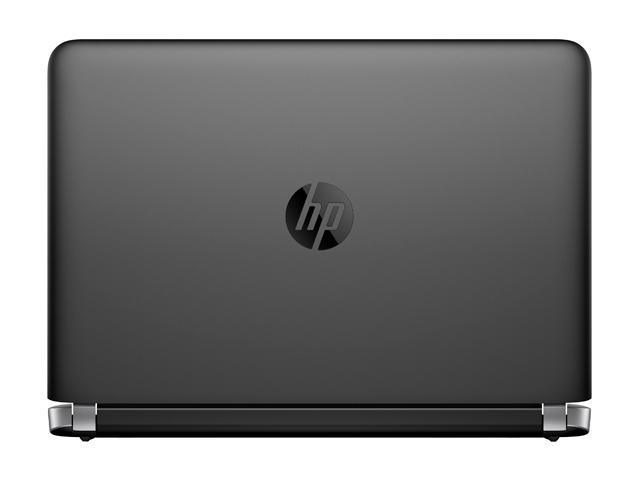 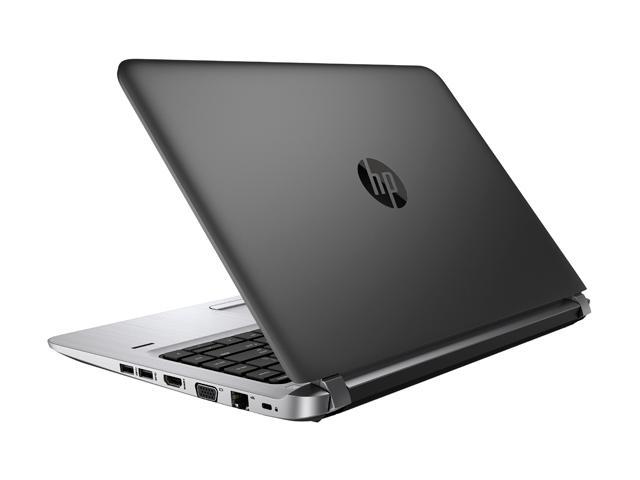 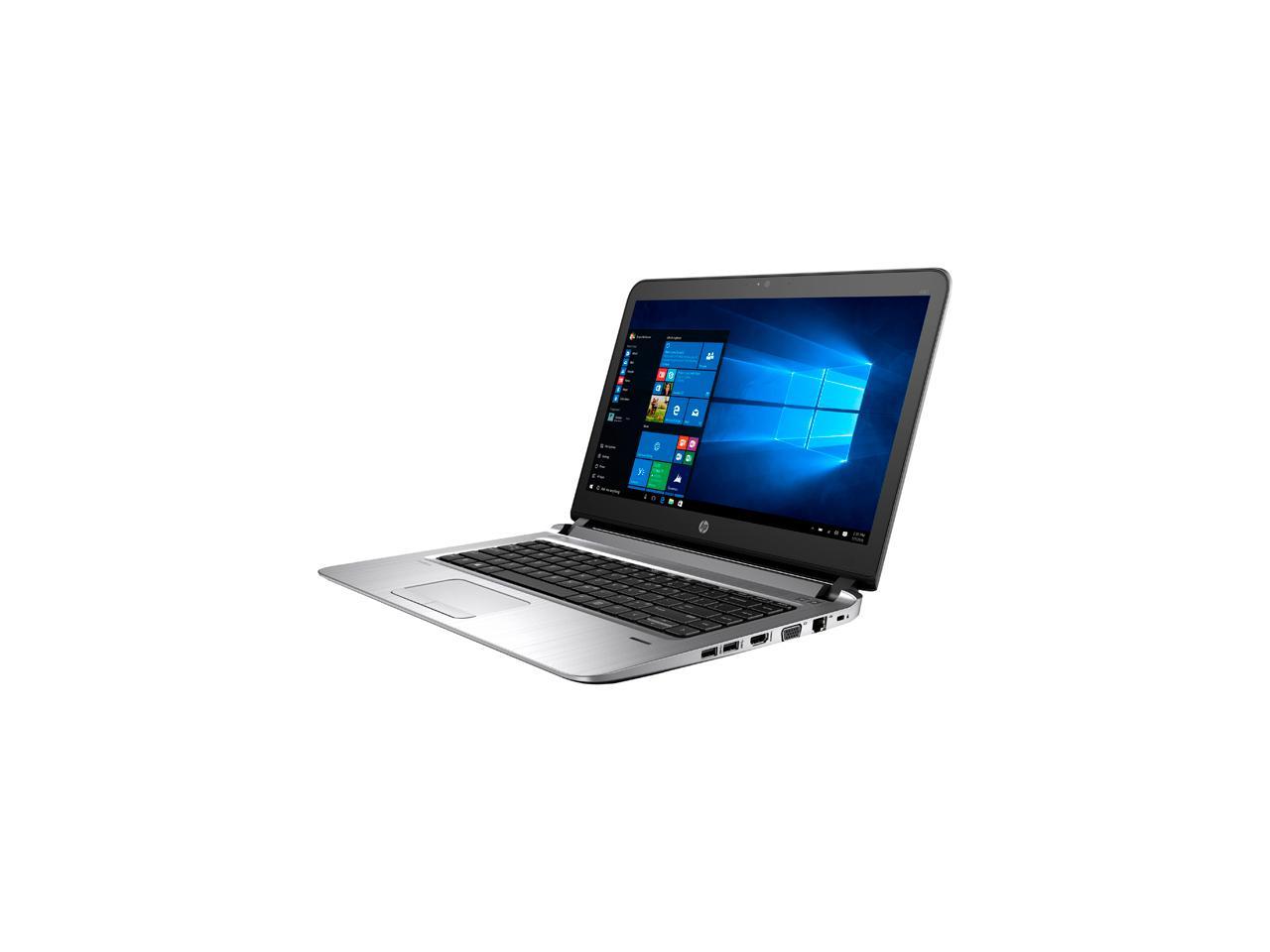 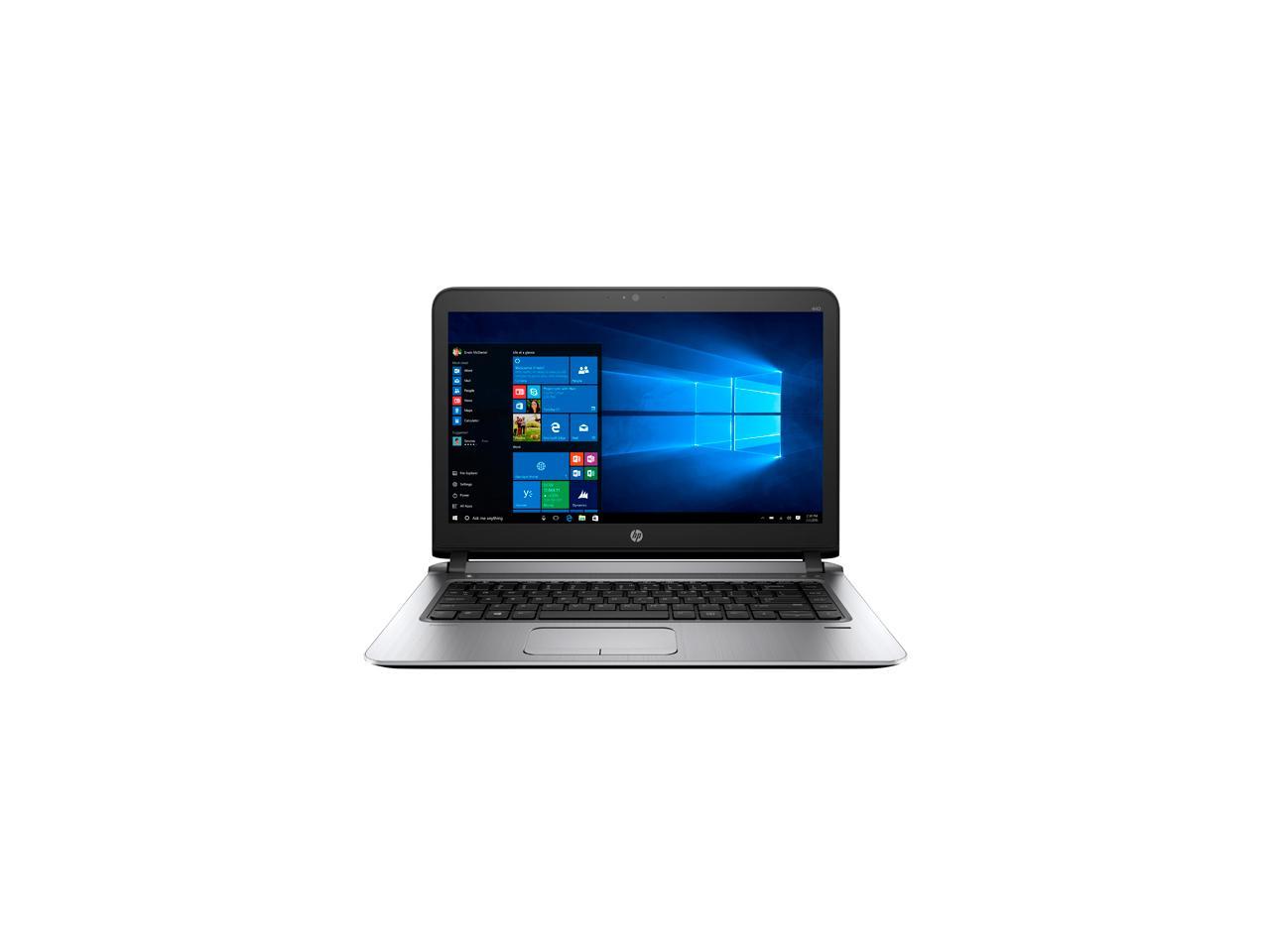 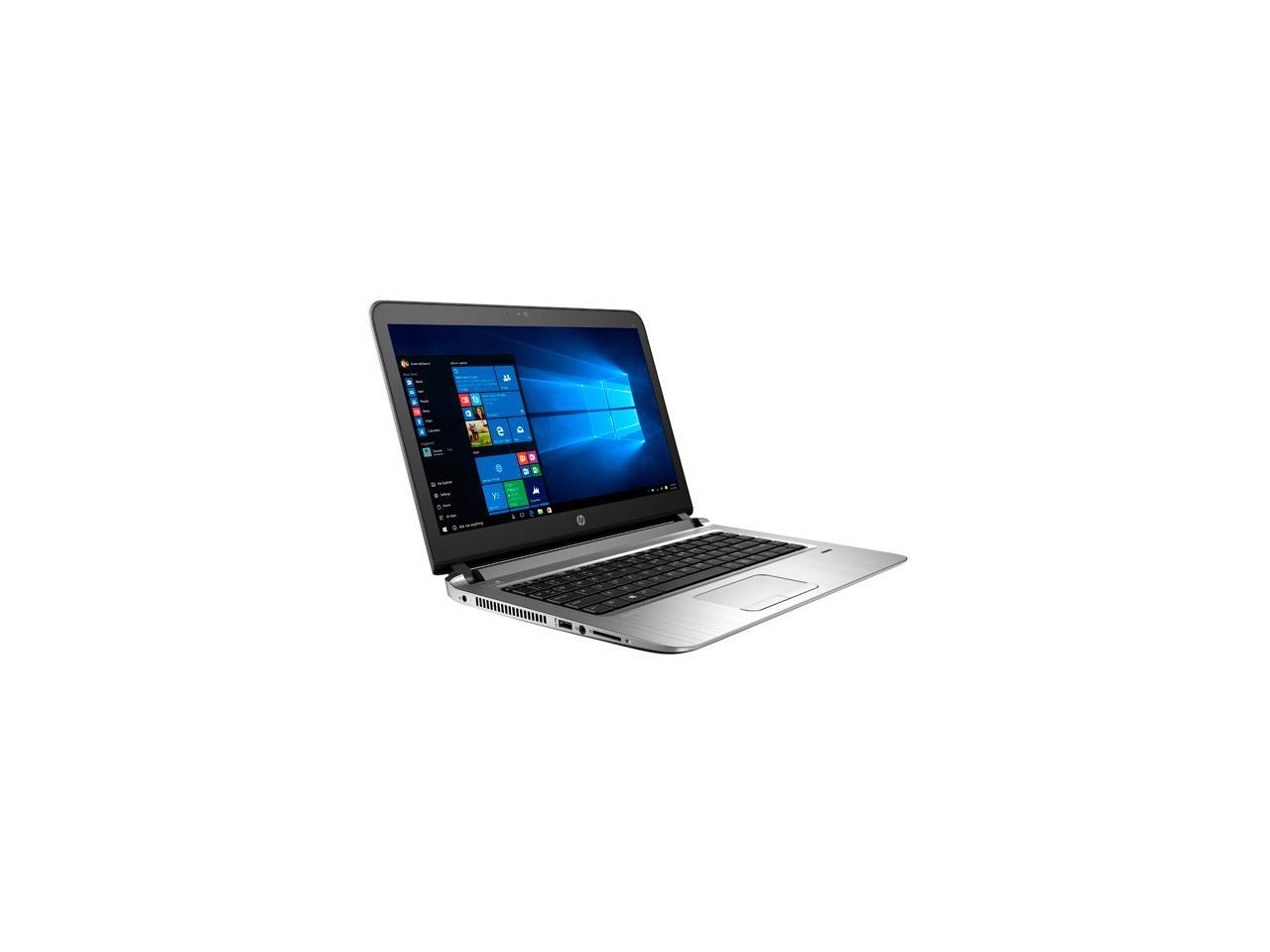 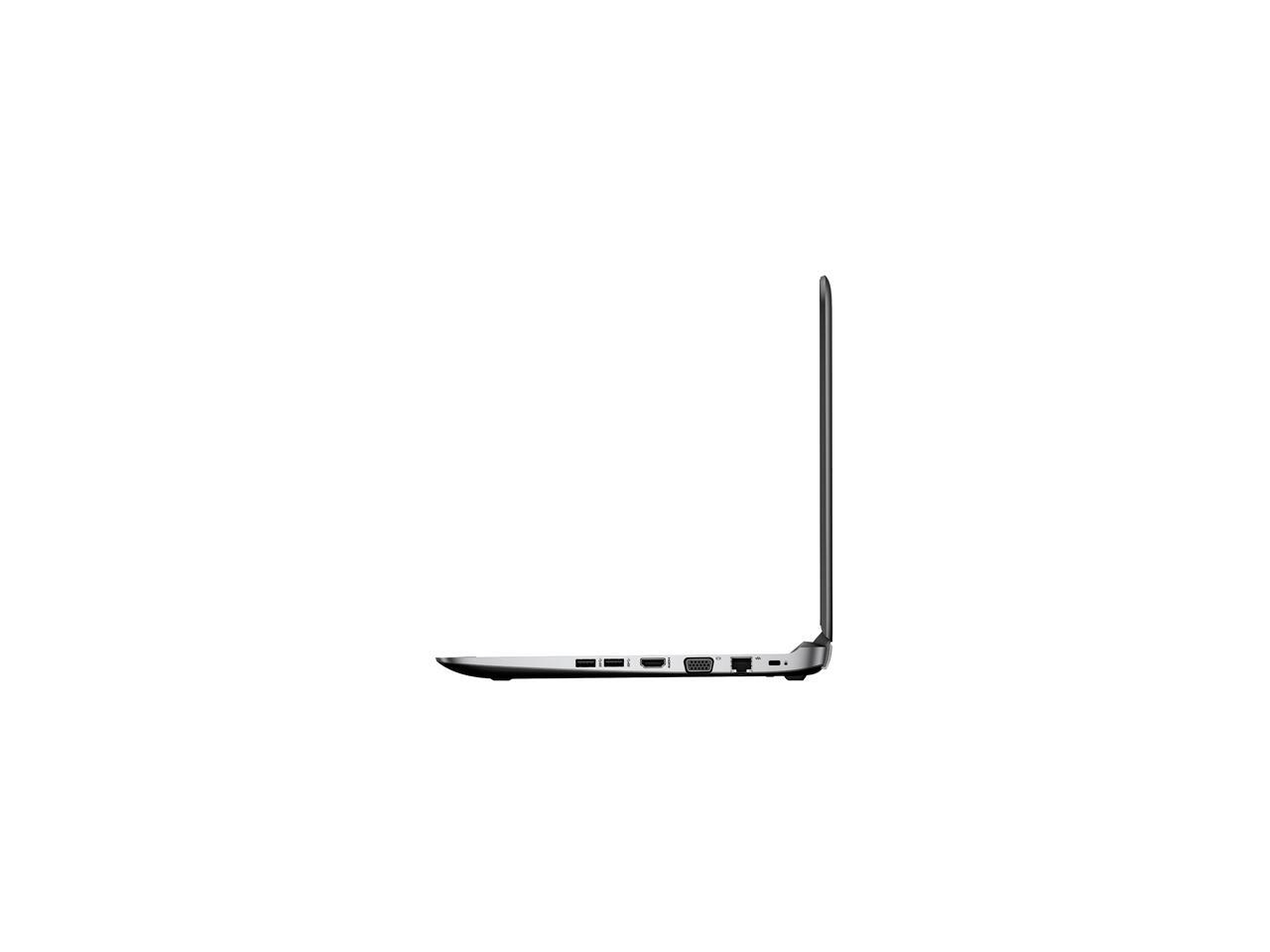 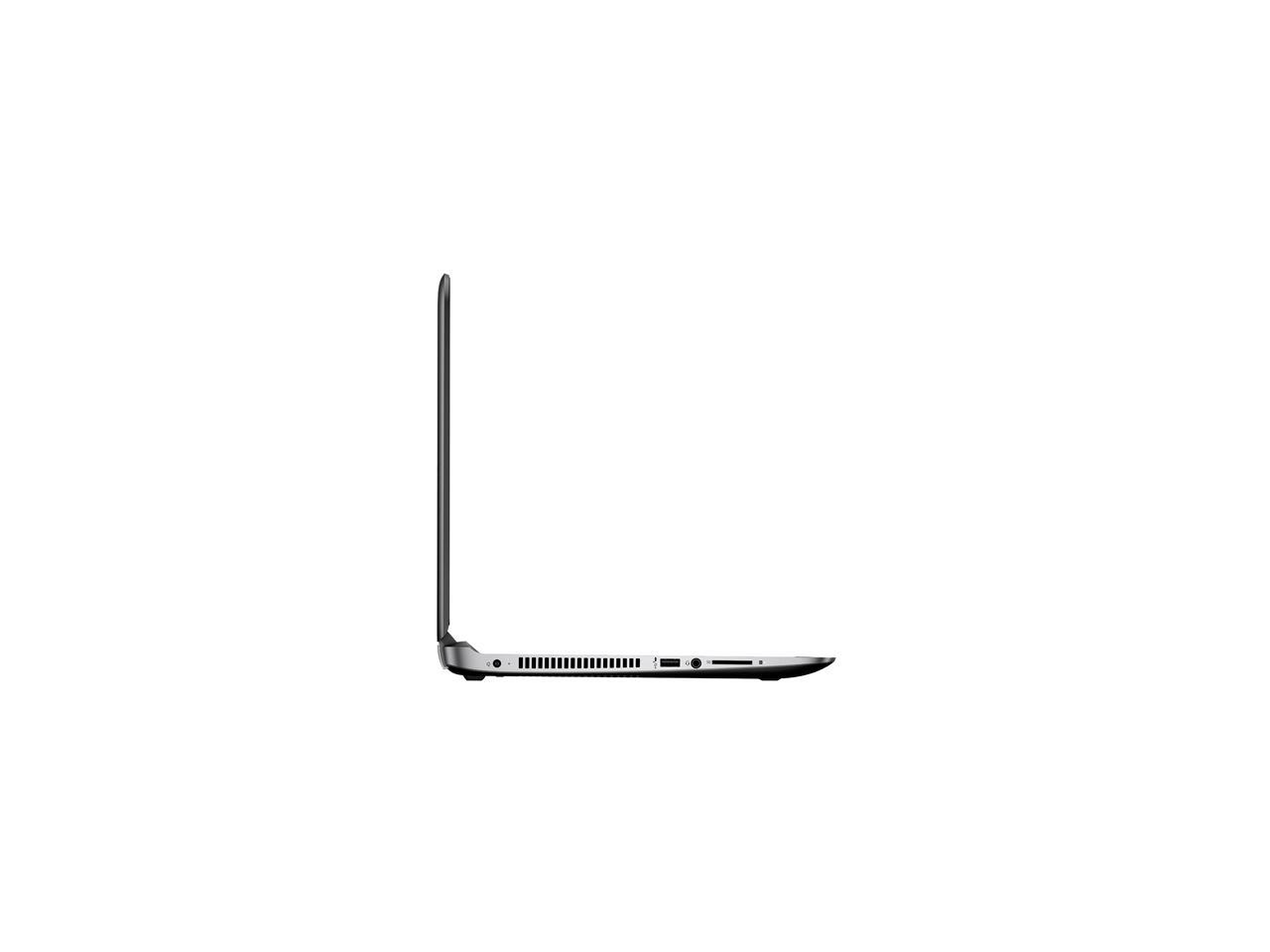 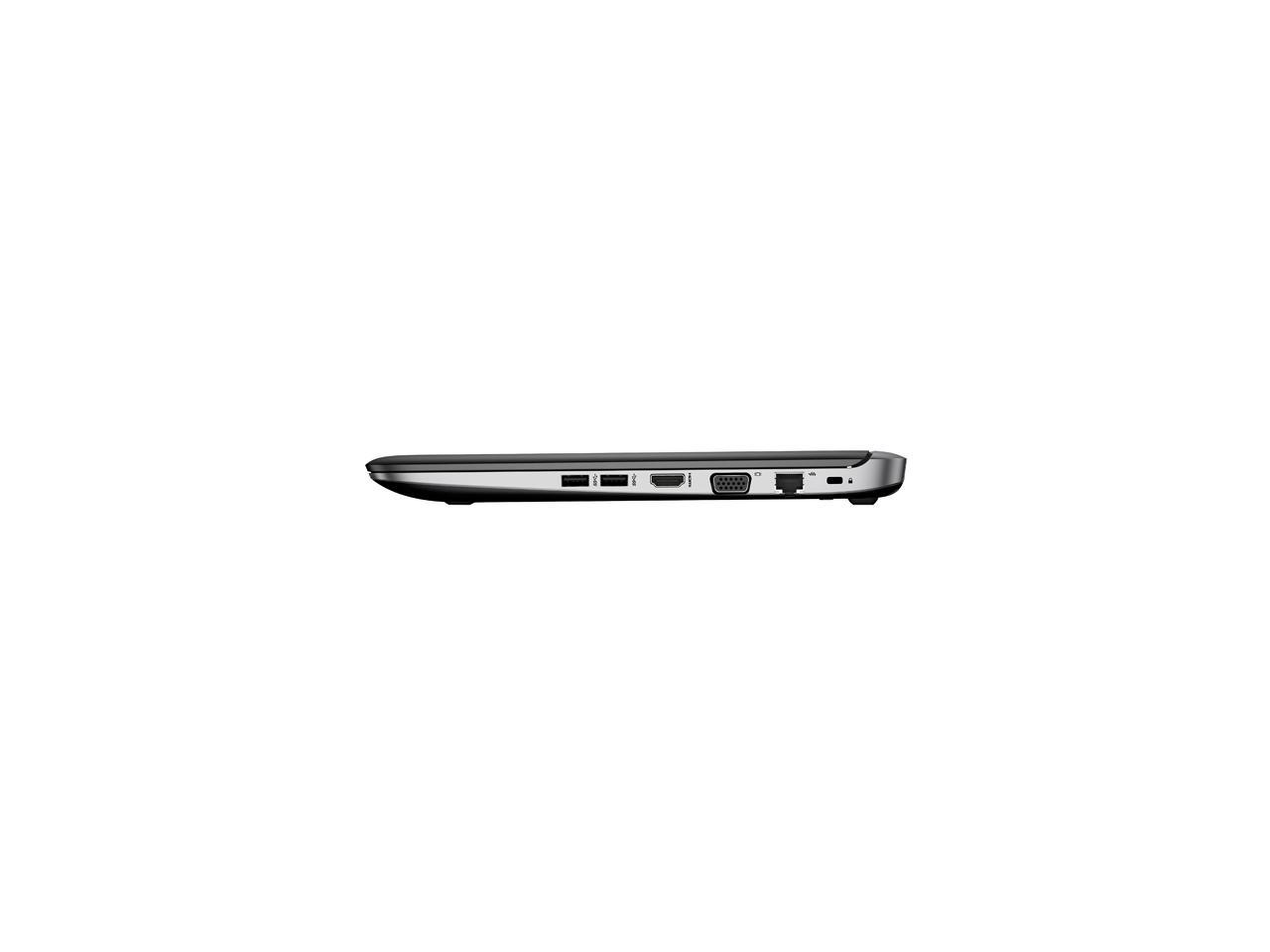 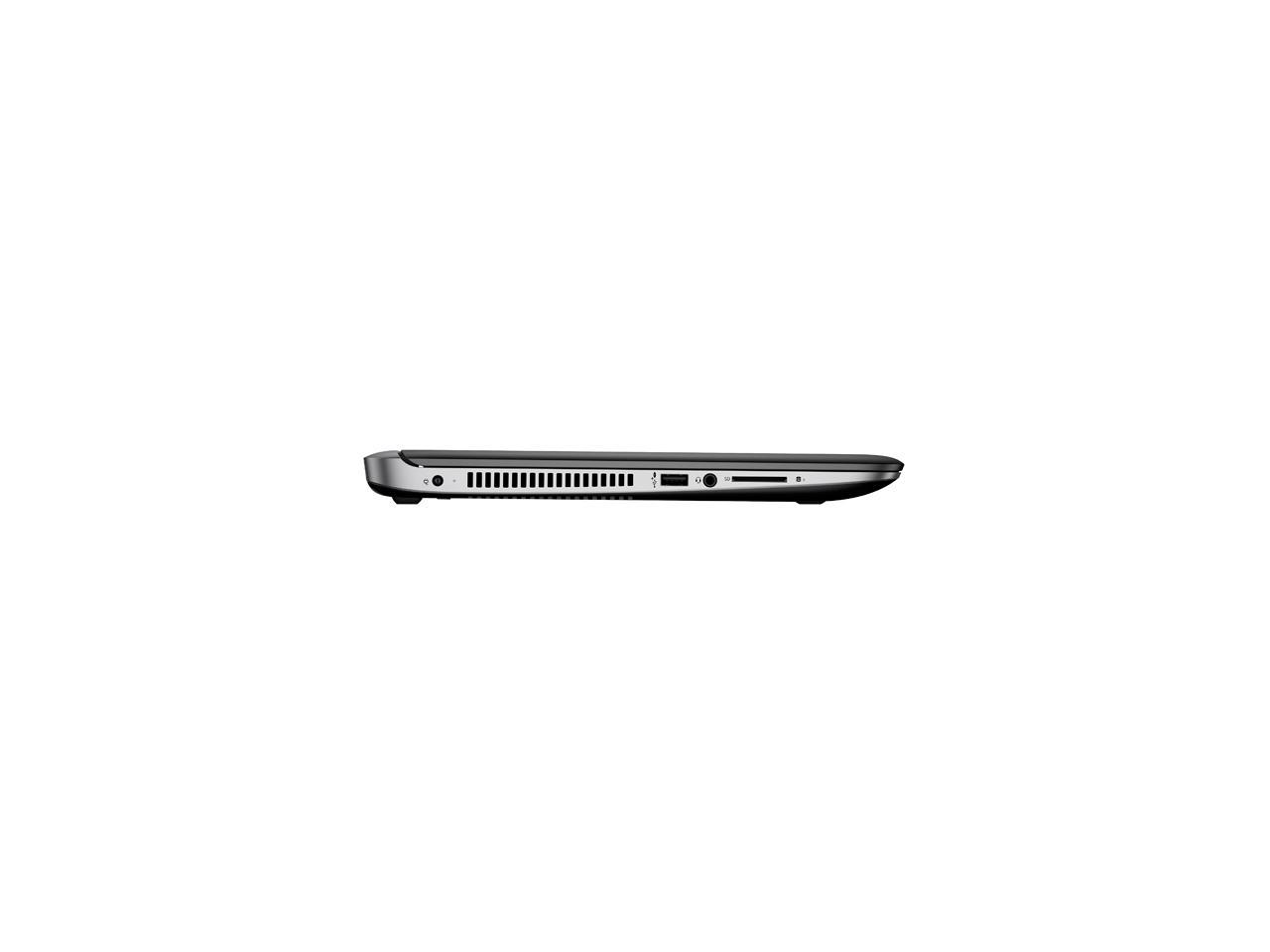 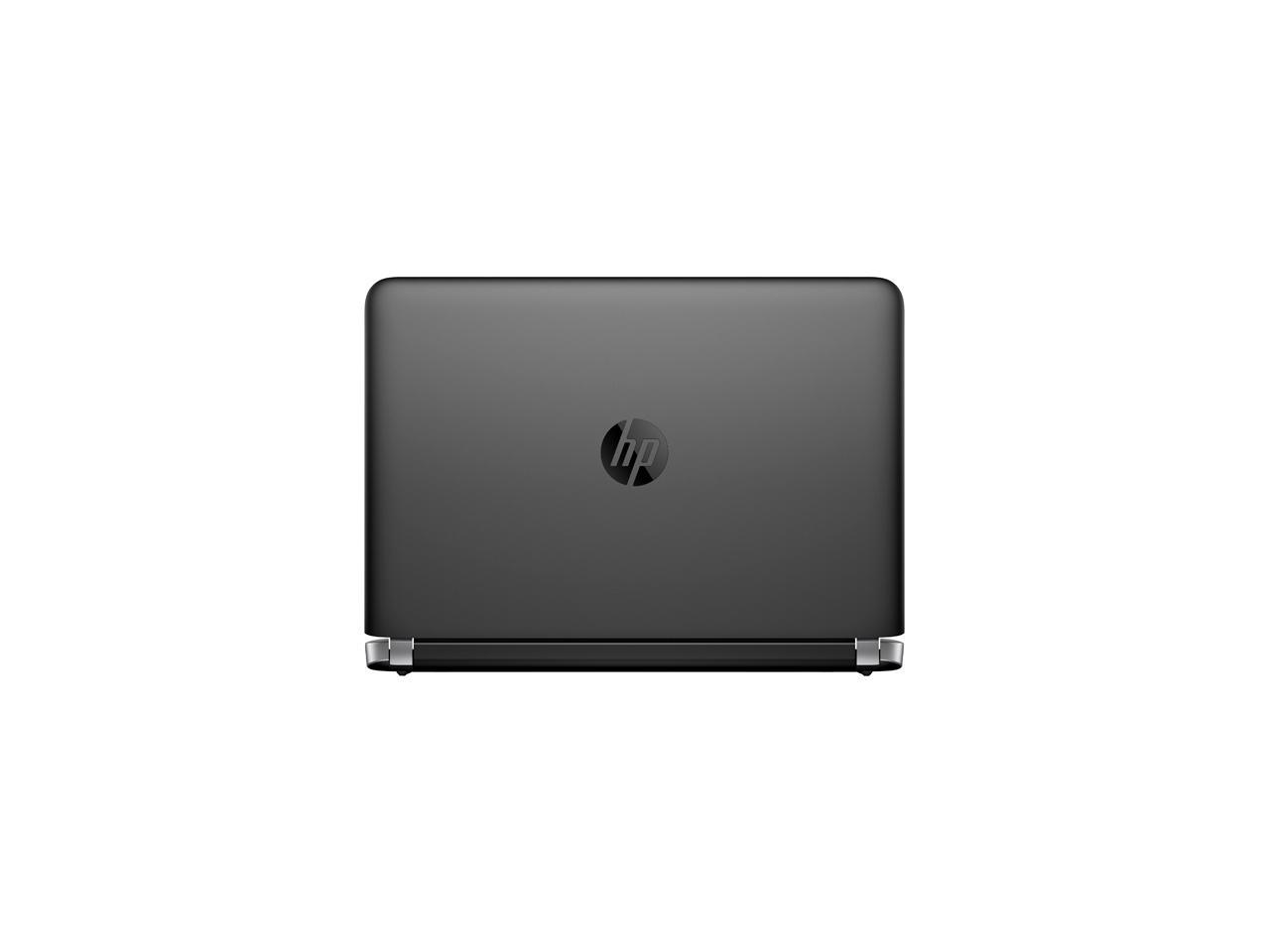 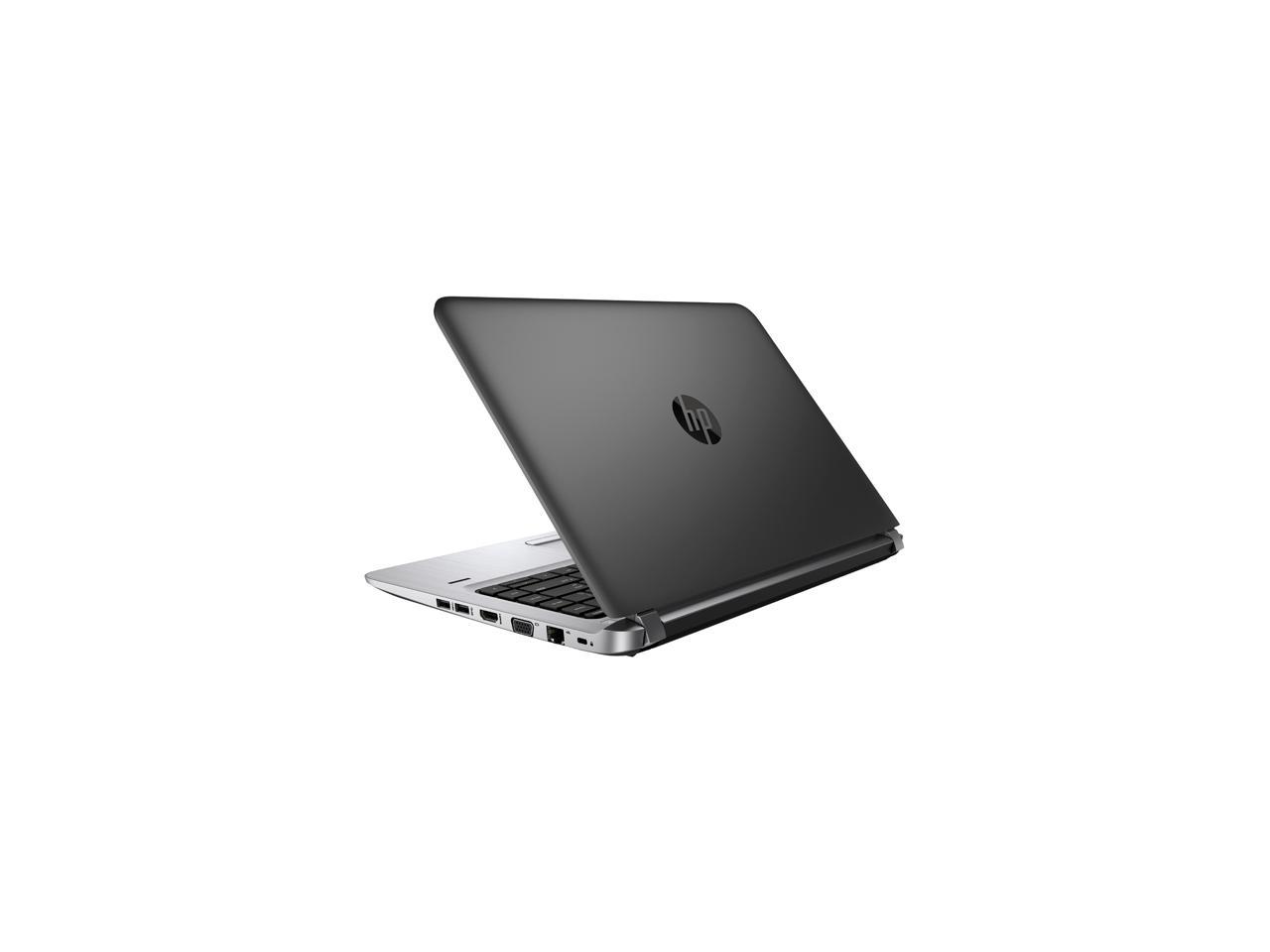 Take on tasks in the office or on the road with the HP ProBook 440 G3 Laptop. Equipped for productivity, it delivers the performance and security features essential for today's workforce. The sleek and tough design provides professionals a flexible platform to stay productive in or out of the office. Travel in style with the thin and light 14-inch diagonal HP ProBook 440 G3 with a new gravity black LCD cover. Confidently take on the day with a PC that passed MIL-STD 810G testing, built with an aluminum reinforced keyboard deck. With the state-of-the-art 6th Gen Intel Core i7 processor, you'll have all the power you need to get through any task.

Be productive in any situation. Experience the new features of Windows 10 on the thin, light HP ProBook 440 G3. See your digital world in a whole new way. Enjoy your videos and photos in amazing clarity with a brilliant Full HD display.

Hear it, See it

Be Your Best Virtual Self

Have a face-to-face conversation. Thanks to the HP's HD Webcam, you always come off looking your best in virtual conferences, even in low light. The HP ProBook 440 G3 has the latest 802.11ac wireless networking that supports faster-than-ever connection speeds. It makes your cloud storage speedy, your apps peppy and gives your browsing a big boost.

Save time on large file transfers between your laptop, external hard drives or networks with USB 3.0 ports. The HP ProBook 440 G3 also includes HDMI and microphone ports as well as an SD media card slot.

Overall Review: I have been looking to replace my Dell D410 (2005 model) running Windows XP for a very long time. I wanted a ultrabook and was willing to pay up to $1500 for something that had the specs I wanted. But I could never find a model that fit those needs. Then Microsoft announced the SurfaceBook and it had everything I wanted but then the price was too much. So, I kept on being patient and though I was not in a rush.........came upon an email regarding this model. It had an i7.....16GB RAM and a decent size SSD. Most importantly it was lighweight. I had no choice but to jump on it. This model did not have much reviews but I was willing to take a chance. I must say that Newegg customer service was horrible. I asked them on 3 separate occasions to fix a problem and they failed each and every time. I will probably not buy from them ever again.

Pros: Small and lightweight Tons of RAM and a processor that can actually use it I can run Visual Studios and Auto CAD at the same time. Not that I would, but it doesn't lock up like most laptops do. Excellent price point. Hard to find a $630 laptop that can compete with this, hell it beats most of the $400 desktops I've seen! Trackpad has no real issues, and the buttons are separate from the pad (my old HP Envy had the buttons "built in" to the pad and it's AWFUL)

Cons: Trackpad has no real strengths. Better than most windows pads, still not as nice as macbook pads. Bloatware. Pretty much every laptop has it now a days, but I still hate it with a passion. The Ethernet port gets stuck a bit, but I'd rather a tight port than a loose one. I wish they offered a version with dedicated graphics. A $50 card would make this a decent low end rig.

Overall Review: These 1 star reviews are absurd! One guy is upset they don't list USB ports (why not LOOK AT THE PICTURES???), the other has issues with Newegg support, not HP (sounds like they sent him an RMA'd laptop that they "fixed"). The rating on this should be at least 4*, for $630 I'd even say 4.5. It has no real weaknesses, and for this price I don't think you'll find a better deal atm. I give 5* because 4.5* rounds up ;) 30 Aug 2016

Pros: This was to replace a personal laptop that died (blown internal P/S) after just under 3 years. After just a few days, I am very satisfied. Notable pros: 1) Size is great, 14" is big enough for me, yet small enough for quickly picking it up and putting it down. Don't need a numeric pad, and not having one keeps the size small put the key spacing full size. 2) The anti-reflective screen is big plus in this price class. Some higher priced laptops have better anti-reflection, but most in this price class have glossy, highly reflective screens. 3) The grippy coating on the top cover has a nice feel. 4) The backlit keyboard was a pleasant surprise. It wasn't a shopping point for me, as I don't usually look at the keys while typing, but, I like it. Seems to have 3 brightness levels, meaning, High while typing, Low while pausing, and off after a long paus. 5) The separate lighted on/off buttons for WiFi and Audio Mute are convenient. 6) In contrast to other comments, I don't feel like there is much "Bloat" installed on the laptop. Most of what I see is Microsoft products (pre-installed trials) These are at least readily identified and removable. In past machines, there has been installed bloatware that I have had some uncertainty as whether they were needed to support proprietary installed hardware. Hasn't been the case here. 7) Battery life has been pretty good.

Cons: 1) Hinge opens to about 135 degrees. Some would like more, but, it is enough for me. 2) I have mixed feelings about the power connector. The right angle might reduce the chance of pulling the machine off a table because it reduces the overall width, but, and this is an issue with most side-plug laptops, better solutions should be available. 3) Some would like a stiffer and stronger hinge and top -- think metal rimmed and skinned. Again a trade-off for the price point and weight. 4) Start-up, from power off or restart doesn't seem as fast as it should for an SSD, but still much faster than a spinning disk.

Overall Review: Overall, this was a rare find, as in a modest price, 14", non-touch laptop. Most that are offered have larger or touch screens, or are 2 in 1s, none of which I need. They also tend to offer large rust spinning drives. Again not needed by me. By the way, Newegg and FedEx economy shipping ($2.99) was great. Order it at 1:30 pm on Thursday, it arrived at 10:30 am the next day.

Pros: Light and slim laptop. It is, by no means, an "Air" laptop, but it is still very slim and lightweight. At Newegg's prices, I couldn't really believe the deal for an i7 laptop, FHD display, 256GB SSD, 16GB RAM, and so on. My wife was in the market for a new laptop and I just stumbled on this one. For the price, I couldn't pass it up. I originally thought it had to be an open box or refurb, but it's definitely brand spankin' new!

Cons: Some will say the TN vs. IPS display. For what my wife will use this for, it will be more than sufficient. The 1920x1080 resolution on a 14" display will take some getting used to.

Overall Review: With the new price since I bought it for my wife, I'm thinking about picking one up for myself. I priced this out on HP's website for giggles and it was a little over a grand. Of course, Newegg came through on price and the shipping was great.

Cons: - turned it on for the first time, the graphic card already had problems - supposed to be new (it came with the HP packaging sealed in aplastic bag), but the paint on the computer's screws was all scraped away. Which made me wondering if the parts are new from HP or new from China. - awful customer service: 2 days ago I wrote an email. No human got back to me yet.