Feel 100% satisfied with your purchase -- with no restocking fees & no return shipping costs* within 30 days of delivery. Learn More
Price Alert
Add To ListFound on 17 wish lists 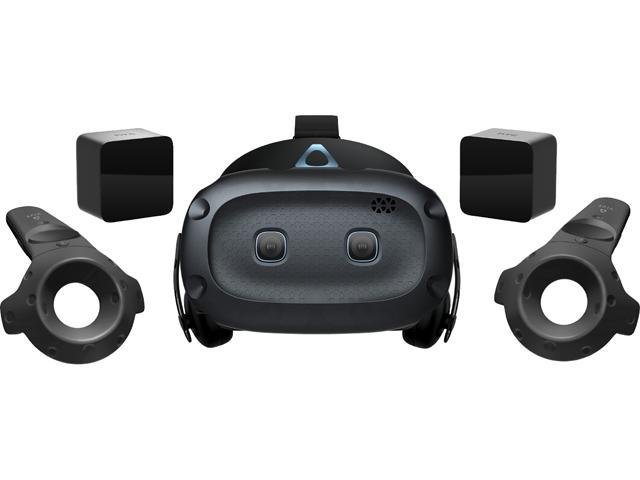 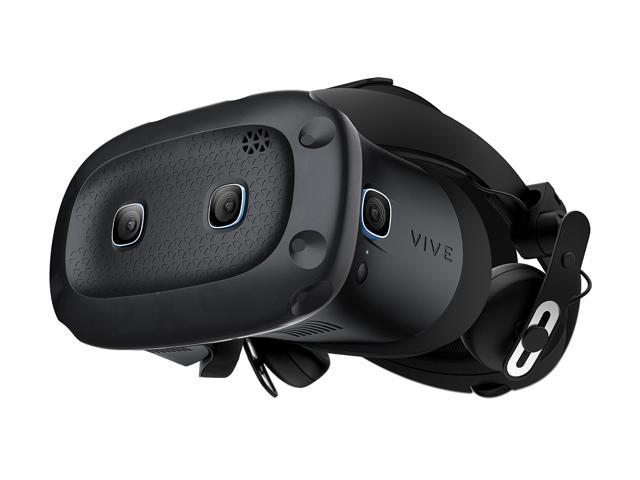 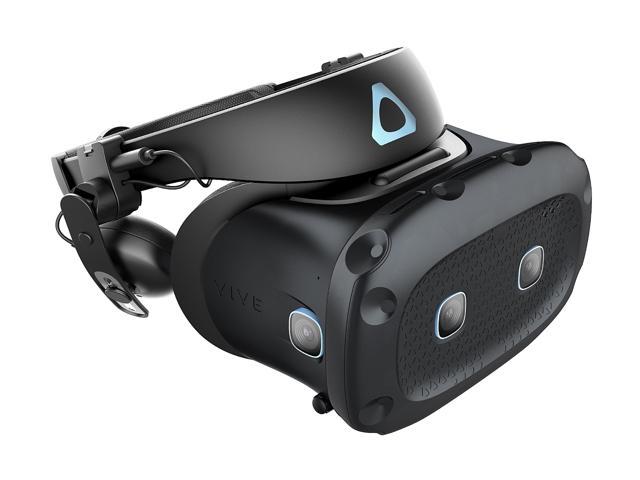 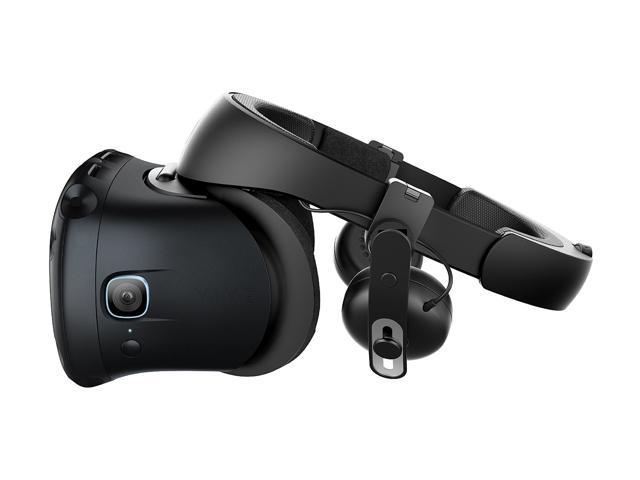 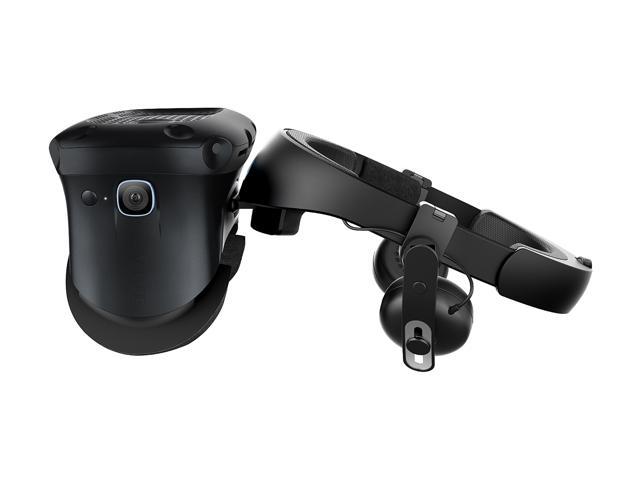 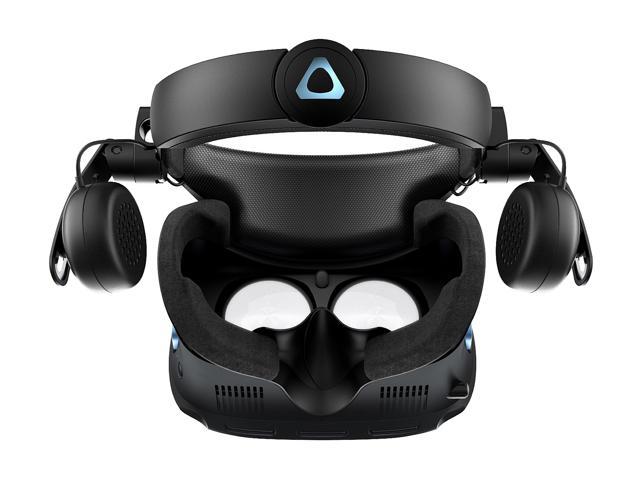 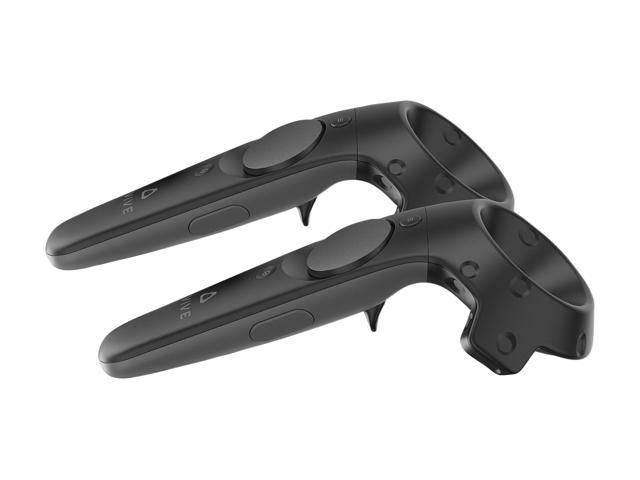 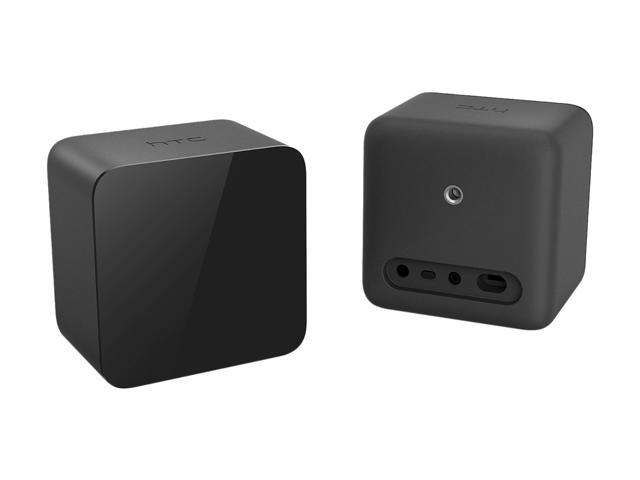 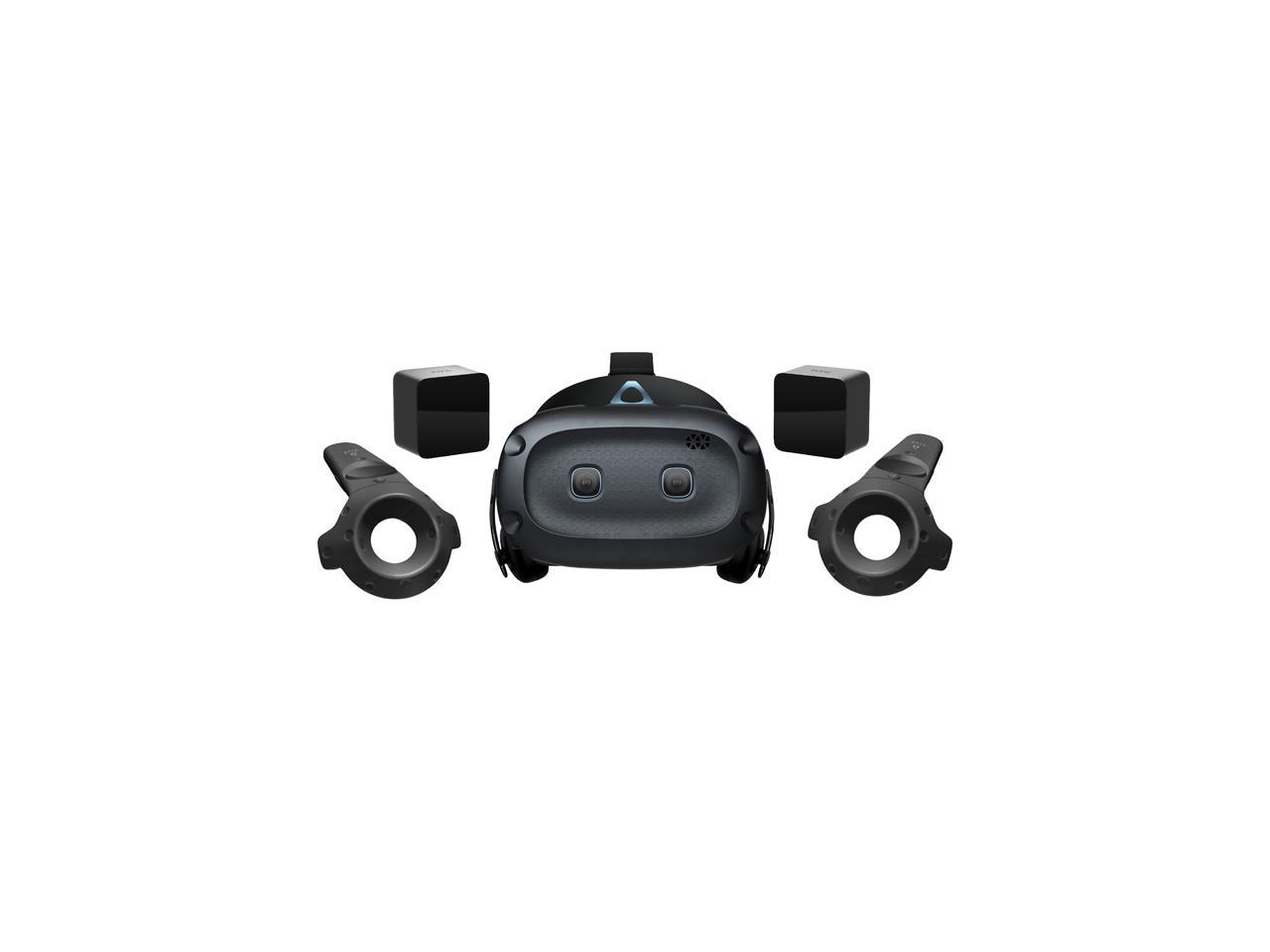 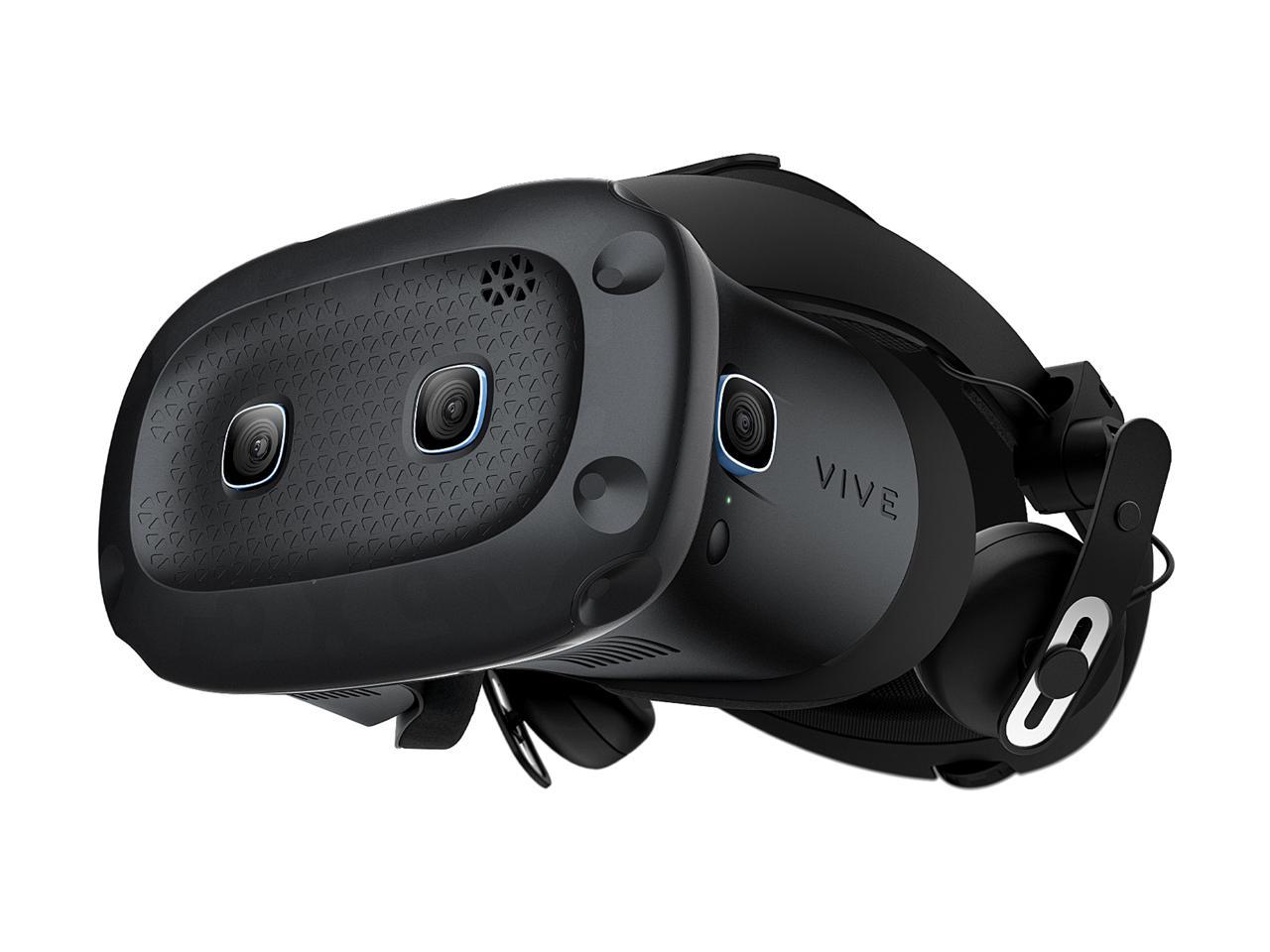 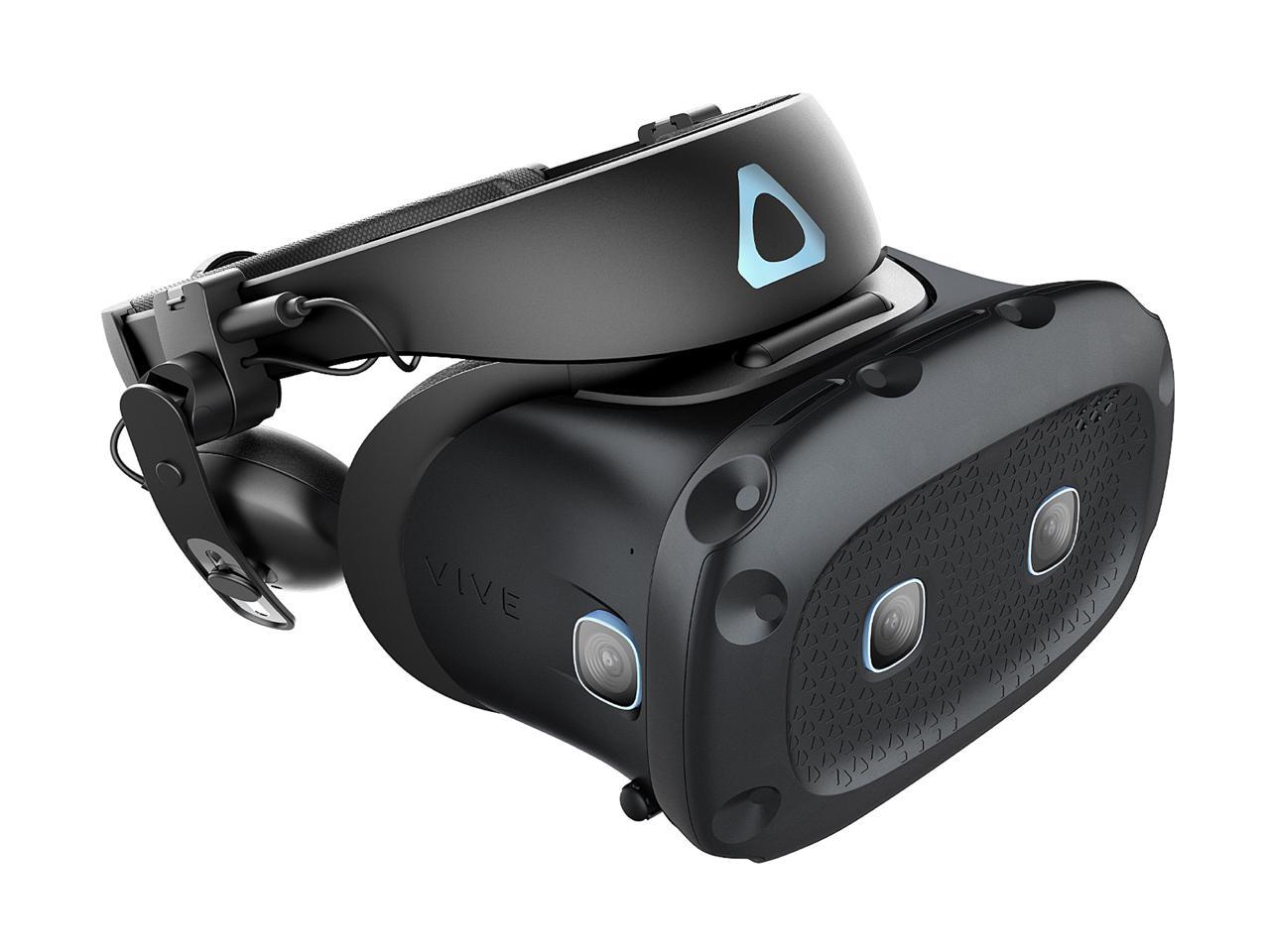 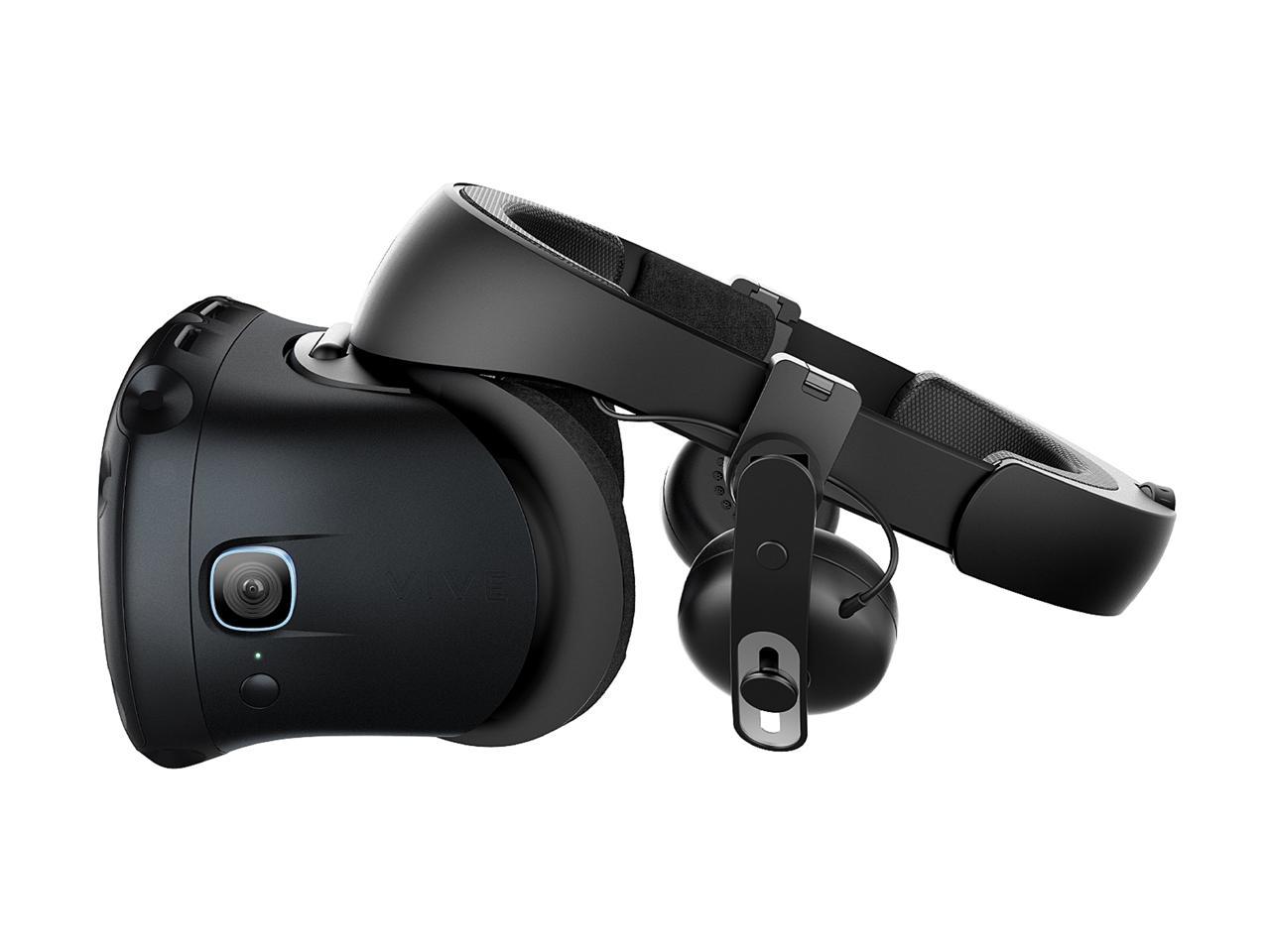 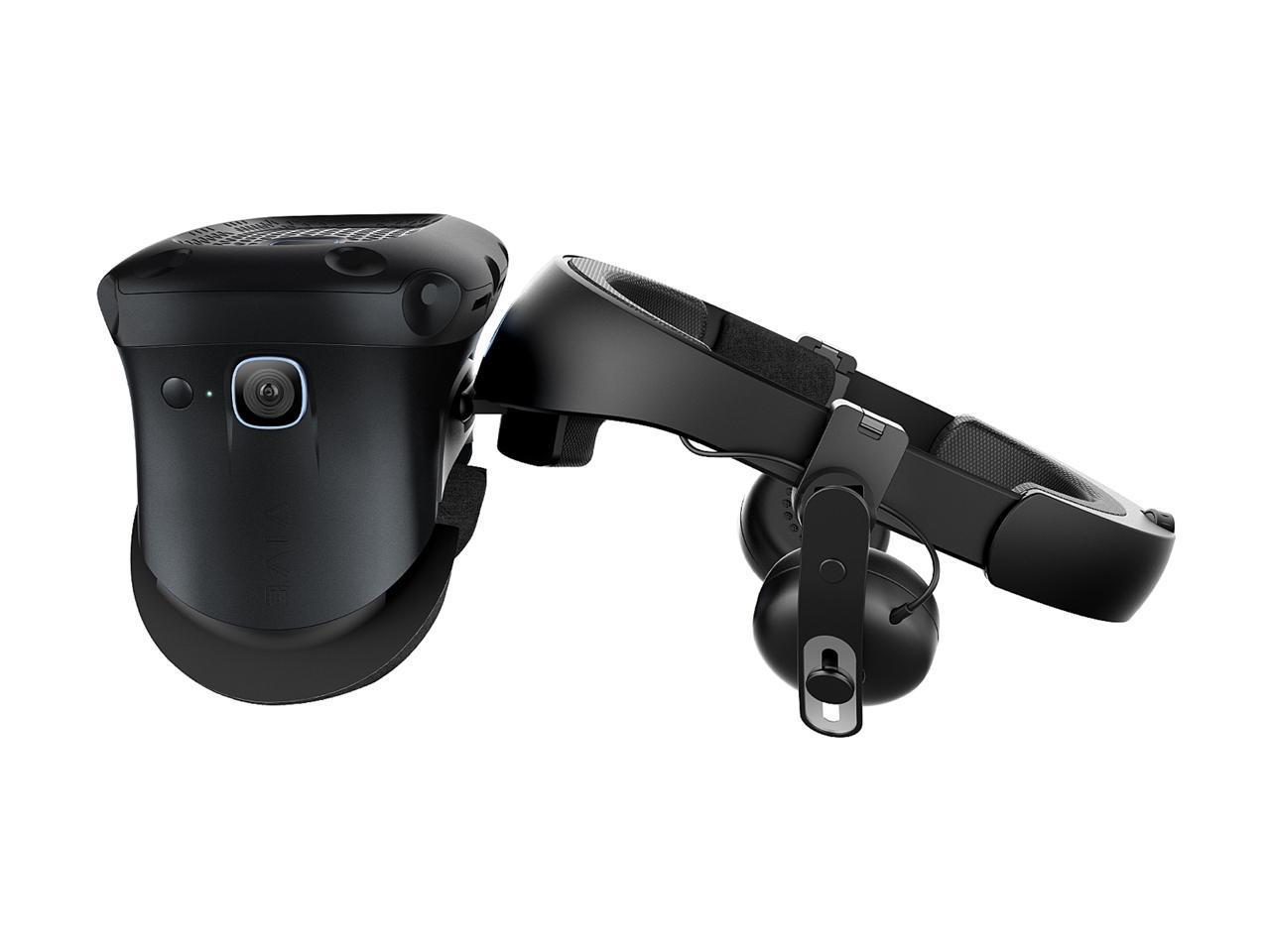 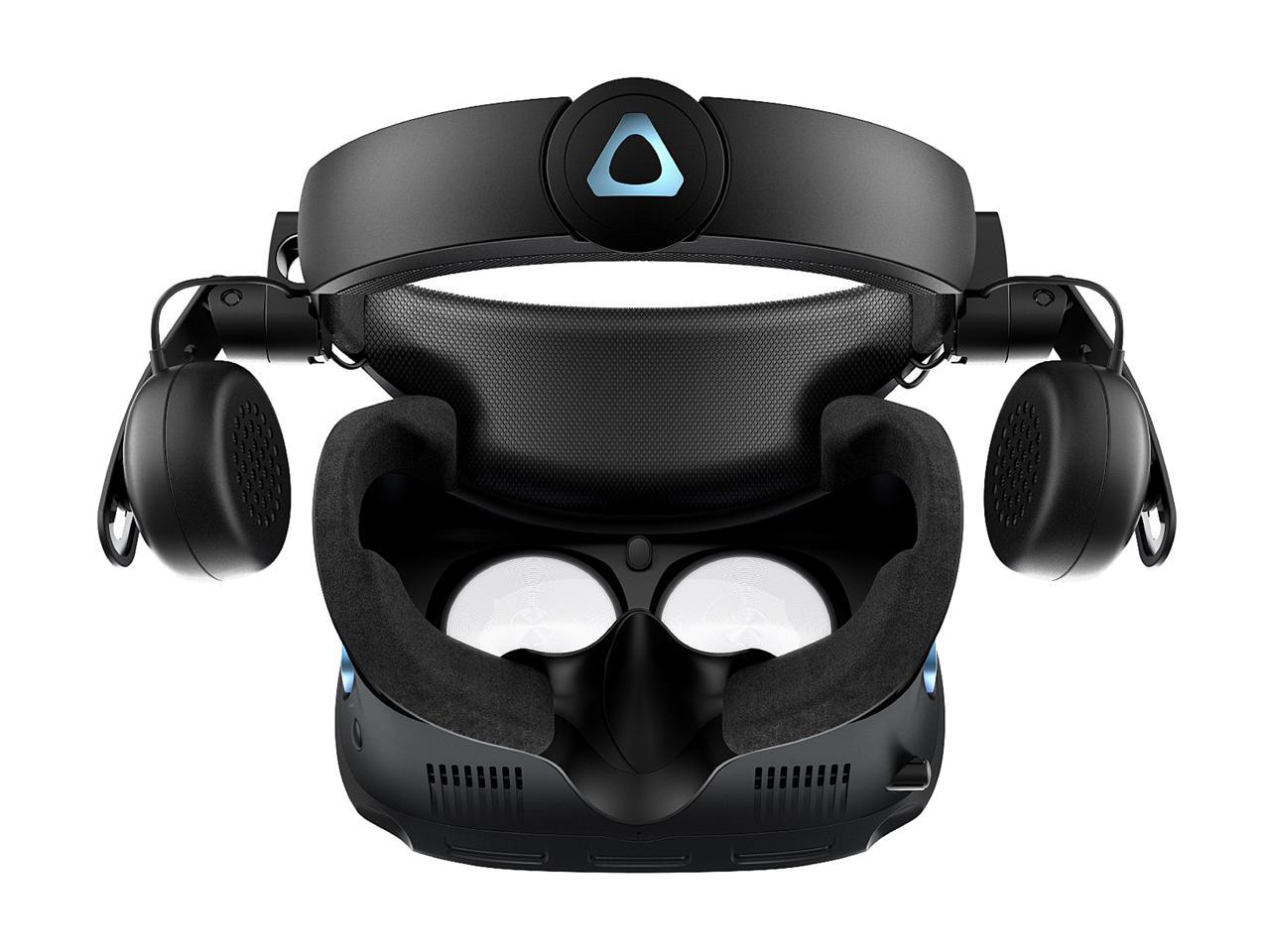 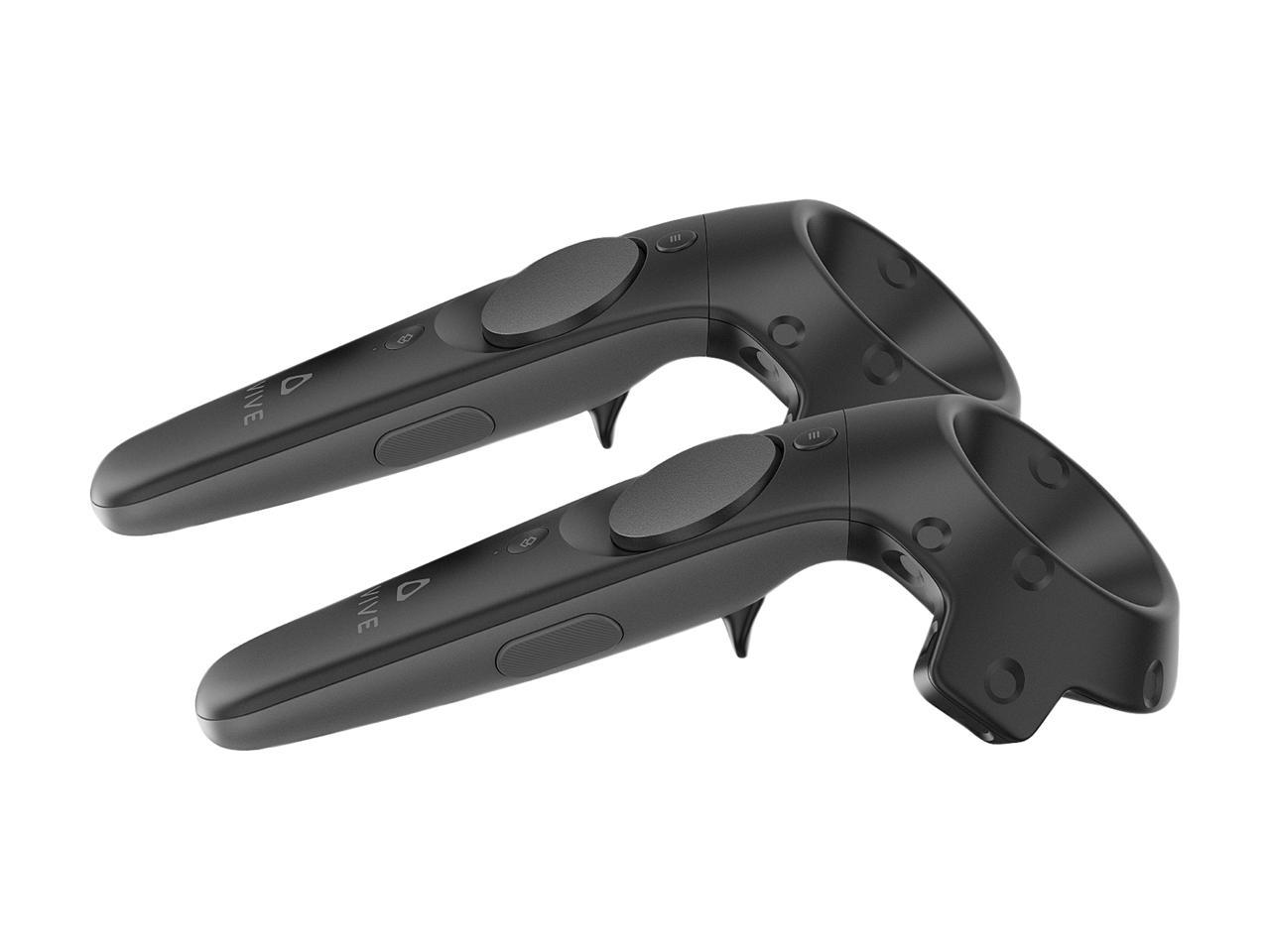 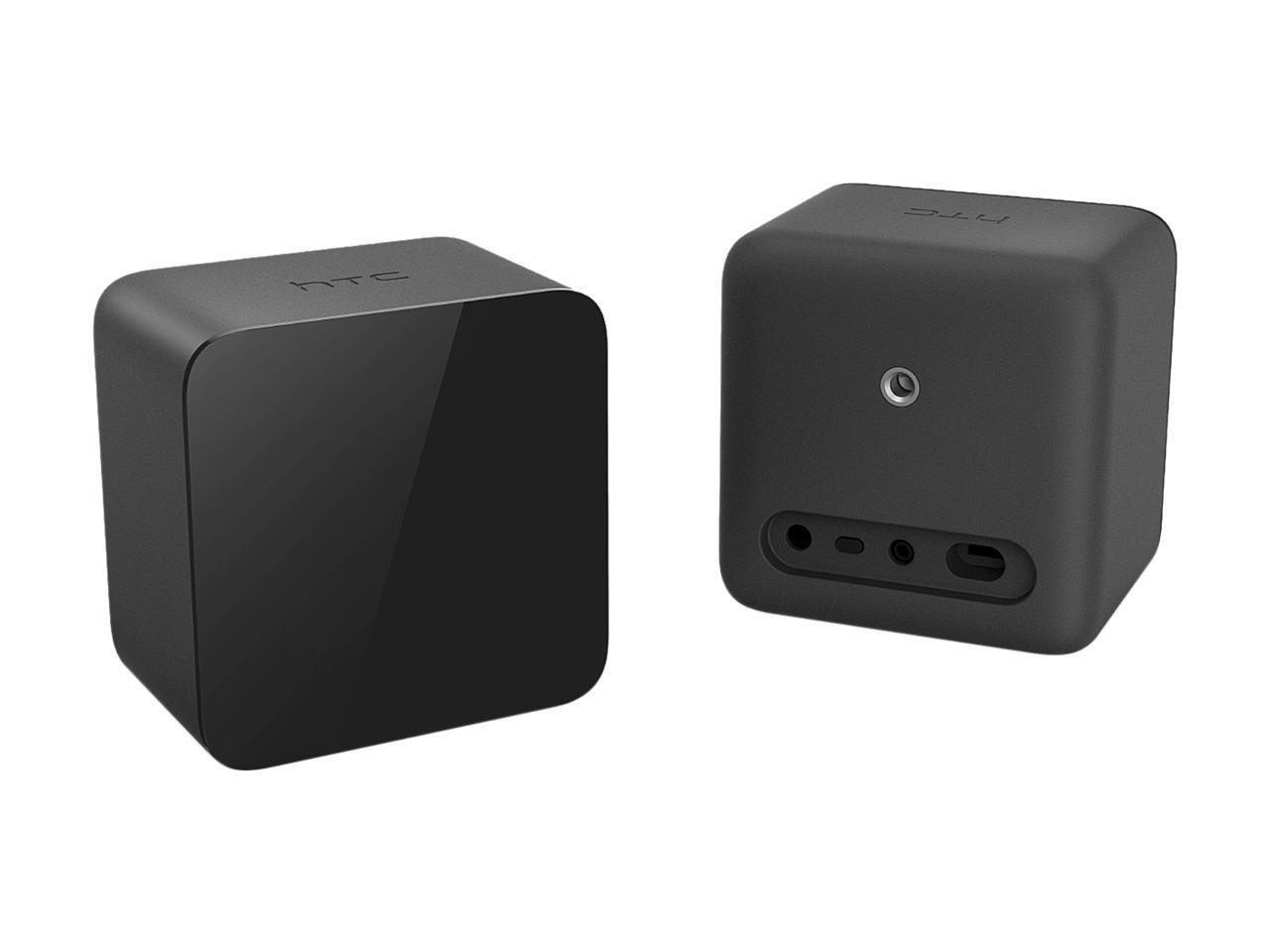 SteamVR Tracking and advanced controllers enable precision and freedom of movements. Swing a racket behind your head, crisscross your swords-moves at all angles are quick and smooth. See the virtual world through a 2880 x 1700 combined pixel resolution -an 88% increase over the original VIVE. All-new LCD panels reduce the distance between pixels min miz ng the screen-door effect. Go easily between reality and virtual reality with the flip-up design-all without disrupting your VR journey. Minimize disruptions to your VR sessions. Switch back and forth freely from reality and game world with the one-of-a-kind flip-up headset design. A crown fit makes putting on the headset quick and easy. Suits a wide range of face shapes, vision types, and even fits over glasses. Made with easy-to-clean materials to simplify headset upkeep.

What's in the box

Pros: - Loved the Vive. Feels so smooth to play on with the touch-sensitive pads (although I know people sometimes dont like it). It felt clean to move around and didn't get very motion sick, even though I am prone to it quite frequently. - Felt great to put on. Obvisouly there is weight on the front, but nothing I would say was bad. The headset fit just right on my head and had very limited movement even during fast actions in some games

Cons: - Setting this up is a nightmare though. I had issues getting the Base Stations to work right and had to remove an update in order to revert it (thank you steam community for helping).

Overall Review: I would recommend this to anyone who is a casual to hardcore gamer. Genuinely blew my original thoughts of VR right out of the water. It's an entirely different world of gaming once you put the headset on. I felt like a kid again after I got my first Console.

Pros: Came with very easy steps. Purchased clamps for the base stations on Amzn but mounts were included. Right away the comfort was great, once you learn to adjust to your head properly. Wish you could shrink the cushion to the lens for better view but you have to tighten the headset too much. Otherwise, every game I have run looks amazing. I have a 2060 Super and it works perfect for this. Might want to consider the wireless adapter though, the cable is a pain but tha'ts with all VR headsets.

Cons: I would say it's a bit too pricey for not being base station 2.0 compatible but the value shows in the 90 FPS and comfortable halo fitting.

Overall Review: I have already been recommending this headset. If you aren't ready to cop out the extra for Valve Index, just go with this.

Pros: High resolution for VR, I don&#39;t notice any screen door effect personally but I&#39;m not super picky with graphics. Amazing tracking with the basestations, and you&#39;re able to upgrade to basestation 2.0s for some future proofing. The part I&#39;m extremely excited about myself is the faceplate modularity, specifically for the Cosmos XR faceplate which will allow for creation of augmented reality applications using the headset and a cheaper faceplate which is apparently coming soon. Hopefully this continues and as further advances are made in VR, modular addons can be released and purchased.

Cons: VIVEPORT is my only complaint. During the VIVE setup, I was getting a blue screen of death. I thought this was due to hardware issues, but it was due to VIVEPORT starting up after it finished installing during setup. If you encounter any BSODs when setting up the vive, its probably because of VIVEPORT. I highly recommend you use the code included to redeem Half Life: Alyx instead of VIVEPORT as it seems to have glaring issues, and has for over a year.

Overall Review: In all, this is a great headset and has renewed my interest in playing games. I&#39;m more excited from a development standpoint, but the immersion this thing offers for even seated experiences is truly astounding. You&#39;ll need a fairly powerful graphics card to truly get the best experience with this headset, but thats true of any PC-VR headset.

Pros: Easy to setup. Comes with a picture book of instructions and the install software is easy to follow. Hardware is solid, plasticy, but still durable. I've accidentally knocked the controllers together a few times with no dings or marks. The content this device opens you up to is 100% gamechanger.

Cons: The headgear takes a bit to adjust. If you're moving around a lot, the IDP sensor will automatically cover the screen because your head movement is changing the distance between the lenses and your eyes.

Overall Review: Shoutout to good quality. By no means would I say this is affordable, but the sensors are great and I've had no issues with the gear. If you're wondering about the Viveport content, I'm sorry I can't comment on it since I've yet to utilize the 2 month free subscription. However, the 2 months activates on the current month and the next month. In other words, if you activate your sub mid month, then you're only getting a month and a half. Hence why I've saved it before activating the sub.

Pros: The headset is fantastic and I've enjoyed it quite a bit. Everything works great and I had no problem with setup and installation.

Cons: Comes with old controllers and 1.0 base stations. Wasn't to big of a con for me but also does nothing to justify the over all cost of the bundle.

Overall Review: I really like this headset, but it can't compete with the Index.

Overall Review: Ordered this for my daughter after her old one burnt out. showed up the next day. easy to set up and worked with the old sensor's so now she has twice as many. Works great and she has been using it everyday since.

Overall Review: Love it nothing more to say great product

Overall Review: So after about 2 weeks the knob on the back stopped tightening the headset. I sent it in and about 2 weeks later got a replacement. its been about a month and a half since then and now today the same thing just happened. I cannot play anything because the headset is loose and just falls off. I will be returning this and asking for a refund.