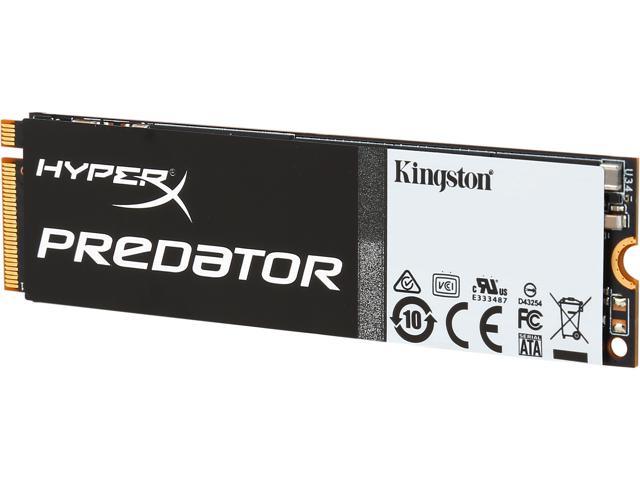 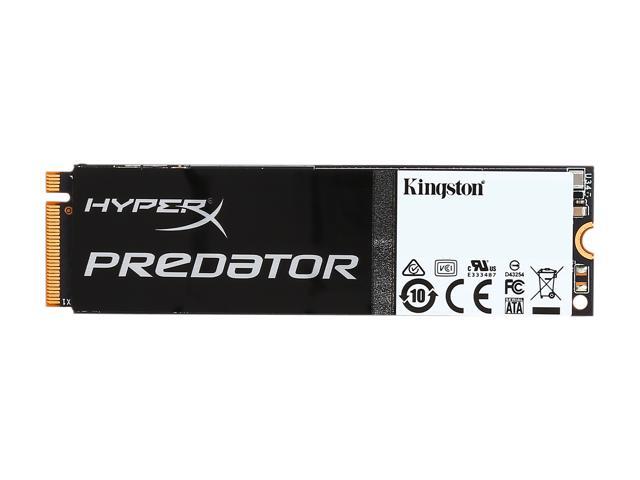 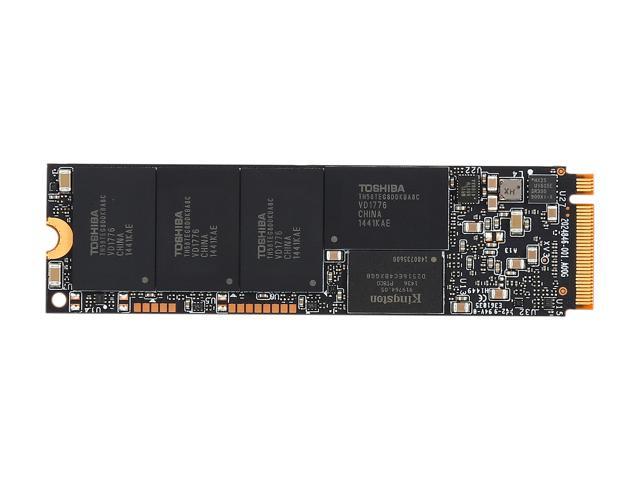 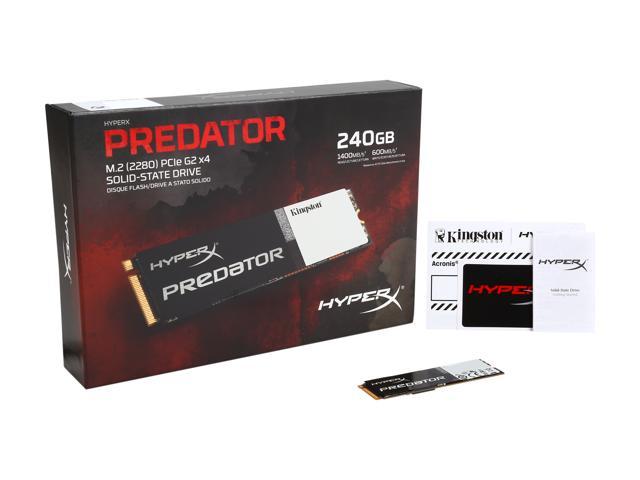 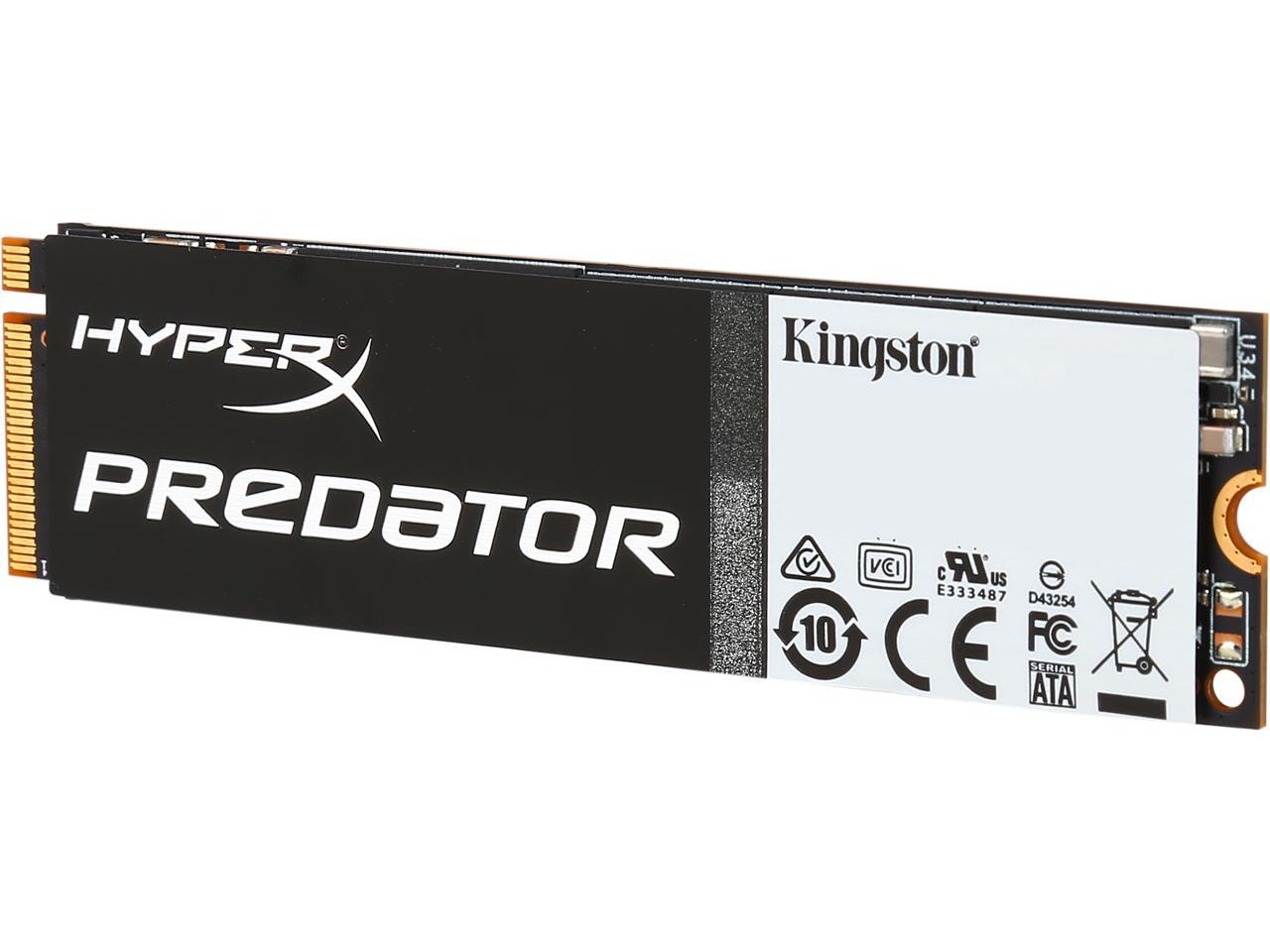 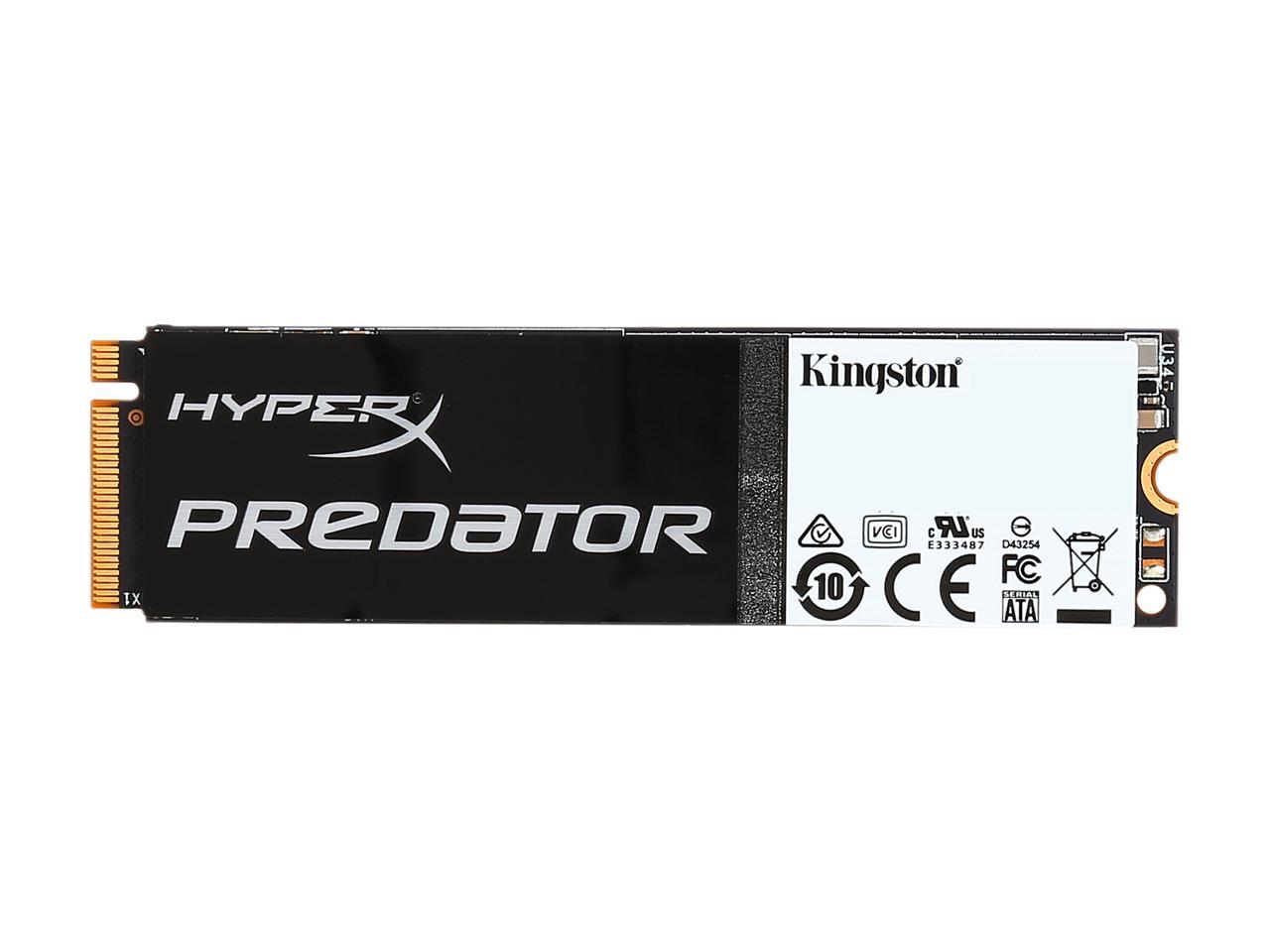 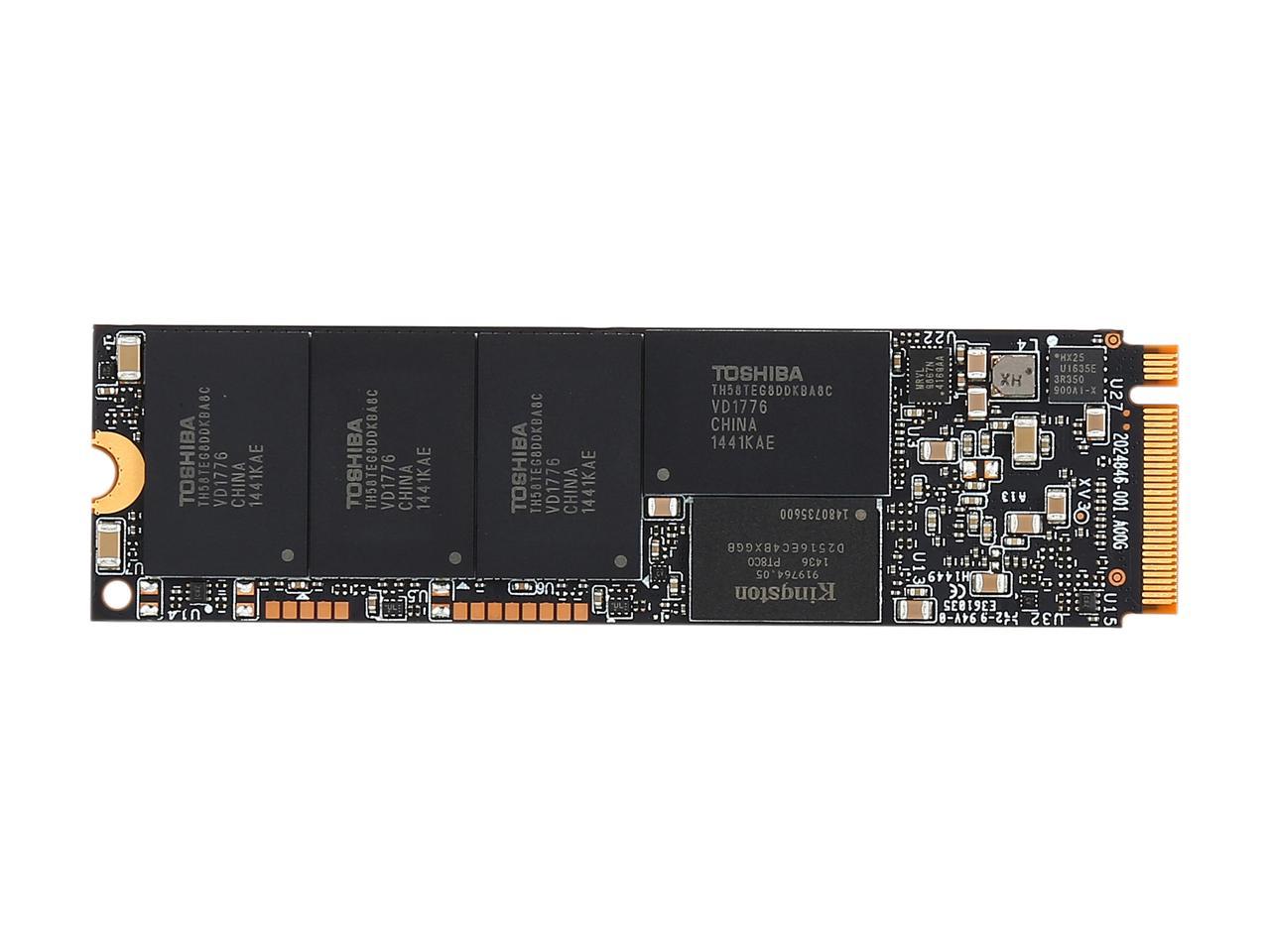 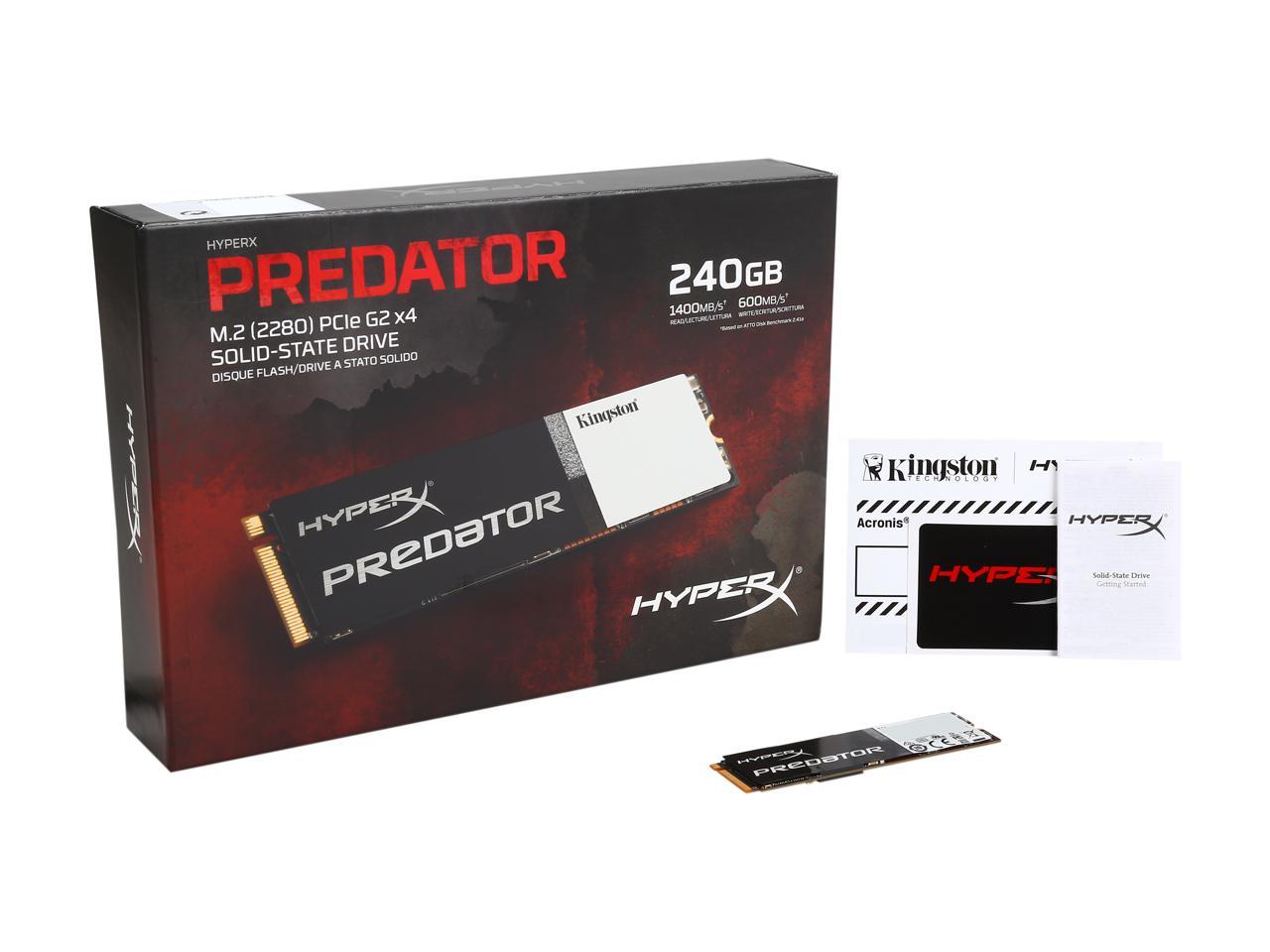 Pros: Yikes is this drive fast. As fast as advertised, tested with ATTO disk benchmark 1400MB/s read 1000MB/s write. Installation was a breeze, the mobo found it no problem and I installed the OS just like I have every other time with no extra steps. The OS boots EXTREMELY quickly. The OS is very snappy and responsive and games load almost instantly.

Overall Review: After formatting, 480GB turns into 447GB. But there's no way around that. This drive is for enthusiasts, hardcore workstations, and people with poor judgment only. A 480GB SATA SSD gives you a much better bang/buck ratio. But I guess it's up to you to decide what a couple seconds of loading is worth in dollars.

Pros: Excellent speed and responsiveness for my old HP Z400 workstation. Surprisingly easy to install with the included Acronis software download and activation. Only preparations for my system was to make sure that it was in AHCI mode and to update the SSD's firmware before attempting a windows 10 update/install.

Cons: I specifically installed this m.2 SSD with a Lycom DT-120 HHHL adapter so that I can have an activity indicator LED light, but the LED only stays solidly lit. I hear that Kingston is aware of this and is planning another firmware update to fix it. Now we have to wait for another firmware update. Wish they had fixed it with the latest firmware! }:( Bummer

Overall Review: The competition (Samsung, Intel, and Plextor) employ the latest and more advanced NVMe aka *NVMHCI protocol for their SSD's; which complicates their compatibility and ease of installation. Kingston's PCIe SSD employs the *AHCI protocol along with a boot rom; which are the main reasons the HyperX Predator PCIe SSD has a greater compatibility with older systems. Samsung has an AHCI version of their SM951 m.2 drive, but it doesn't employ a boot rom. Kingston's m.2 PCIe SSD is simply an easier and less complicated install compared to the competitors m.2 drives. So if you have an older system with a spare x4, x8, or x16 PCIe slot, the Kingston HyperX Predator PCIe SSD is an excellent alternative to a SATA SSD and the next best thing to an NVMe m.2 SSD. If you are weary of the complications you might encounter dealing with the more advanced NVMe SSD's, the HyperX Predator will provide you the easiest transition to a faster SSD technology.

Cons: none i can find

Overall Review: great boot drive. I did a ot of research before making this purchase and found that a lot of people have issues with using m.2 drives for boot. his one not the case. im running windows 8.1 and it was supported with no updates to get up and going. dollar for dollar considering perfomance and size its hard to find a drive that can compete. id recomend this drive and suggest getting another cheaper drive for storage.

Pros: Easy install, no difficulty working with it. I don't have good benchmarking on my system, but I'm getting read speeds of at least 700+ MB/s.

Cons: None I can see.

Overall Review: I'm using it with the GIGABYTE GA-Z97MX-Gaming 5 motherboard as an SSD cache for my RAID array on debian linux. Everything works as expected!

Pros: Not to repeat all of the positives that everyone else has so eloquently stated on using this as a boot device, but they are right! In fact, if it were not for the cons that I encountered, I would have given this a 5-star rating, but I will have to re-evaluate this after the dust settles with a conflict between Kingston and Asus.

Cons: I installed this on a new ASUS Z97-Pro (USB 3.1 w/ wifi) MB. These are the cons, which is either an ASUS problem or Kingston...they both point the finger to each other >< haha : 1) The HDD LED on the computer's front panel WILL ALWAYS STAY ON when booting this device. This is annoying because you will never know of any true HDD activity on a multi-drive system. 2) The Windows 10 upgrade, from Windows 8.1, just does not work (for me) with this device attached! I did not do a clean install, but on-line research turns up many other people encountering similar issues with this SSD / Mobo combination upgrading or clean installing. The issue is that it slowly crawls when it is trying to do the installing of files during the actual Windows 10 upgrade 3-step process. For instance, It took 8 hours just to reach 17% of the overall process, but it was still 1/3 of the way through the overall upgrade process. What a joke!

Overall Review: So, until either Kingston, or Asus figures out the HDD LED being on all the time, and Kingston, Asus, and maybe Microsoft mulls over the Windows 10 upgrade/install woes, I would say be prepared to test these scenarios if you plan on buying this SSD and plan on upgrading/installing Windows 10. Be prepared to get a replacement plan, too, incase you cannot test his and reach a decision in a timely manner before opting for another SSD ..or is it the mobo? LOL

Pros: Now using with a purchased Lycom DT-120 M.2 PCIe x4 Adapter in a PCIe slot along with two graphic cards in SLI and getting full performance from the HyperX Predator. In ATTO Disk Benchmark got a high of 1420 read and 645 write. Very pleased. My x99 motherboard using W8.1 boots from it without any problems.

Cons: Not really a negative but the total cost including the Lycom Adapter is exactly the same as buying the Kingston HyperX Predator already mounted on a PCIe card.

Overall Review: The PCIe adapters are really small and when mounted next to my video card did not impede the airflow to the video card fans.

Pros: After it gets going its fast.

Cons: After you get things going for a budget its a good price. Win 10 takes a bit of work to directly install (note this review is during win 10 launch.) If I had to do it again, I would have sacrificed a PCIE slot for a different brand/model instead. The learning curve on how this drive works as you read about the install for Win10 and where this falls short teaches you how hard drives communicate with processors.

Overall Review: I see people complaining about vague directions or issues with installing. It's literally plug in, 1 screw. I don't get it.