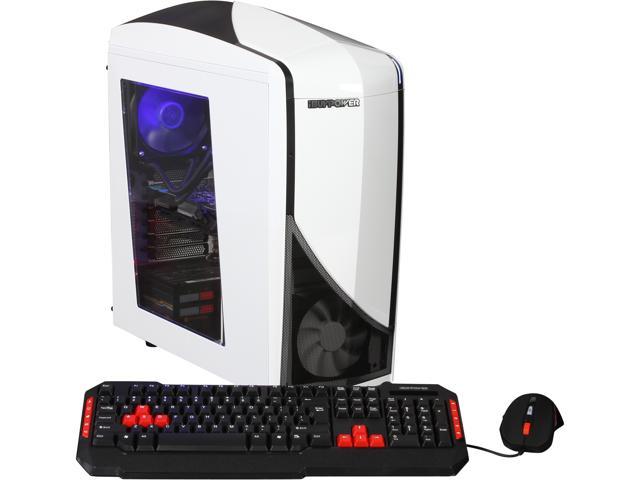 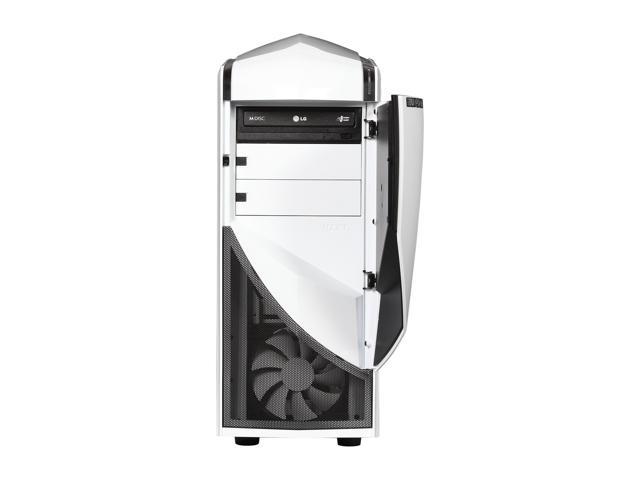 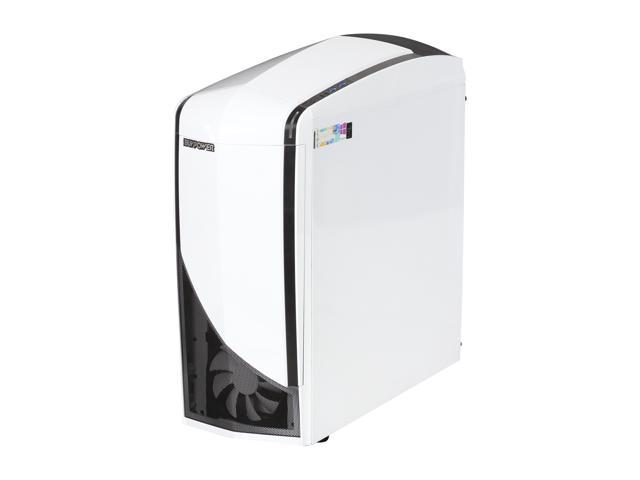 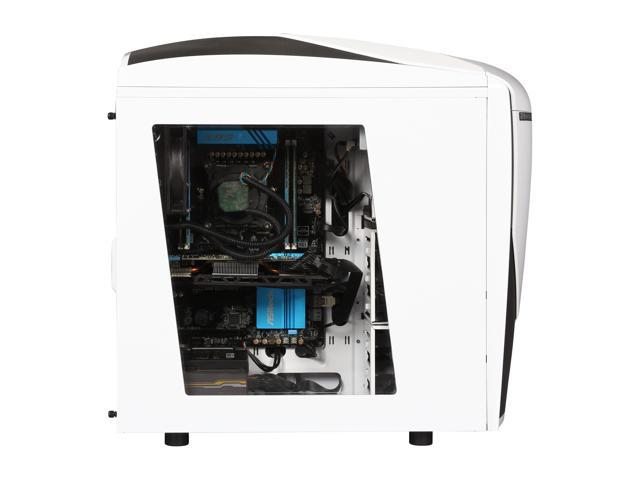 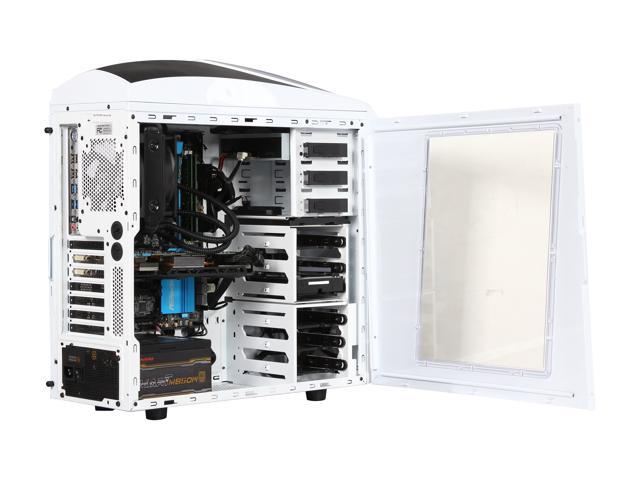 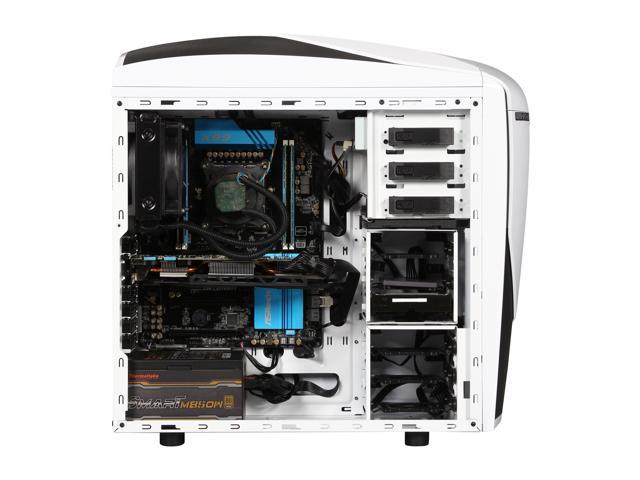 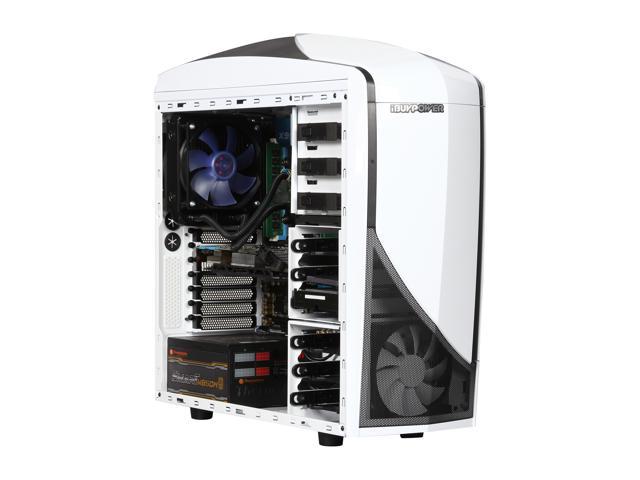 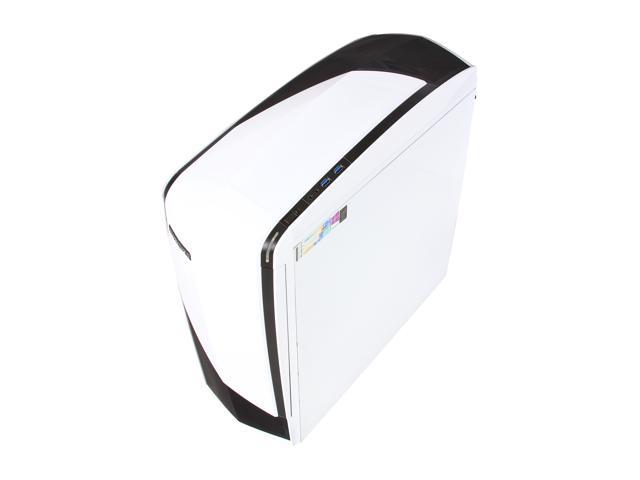 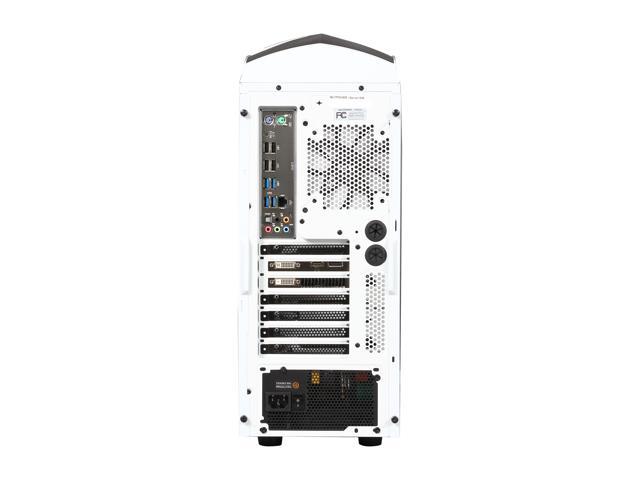 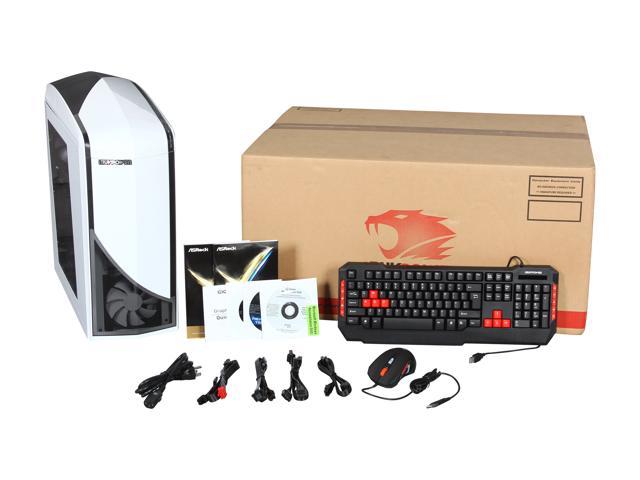 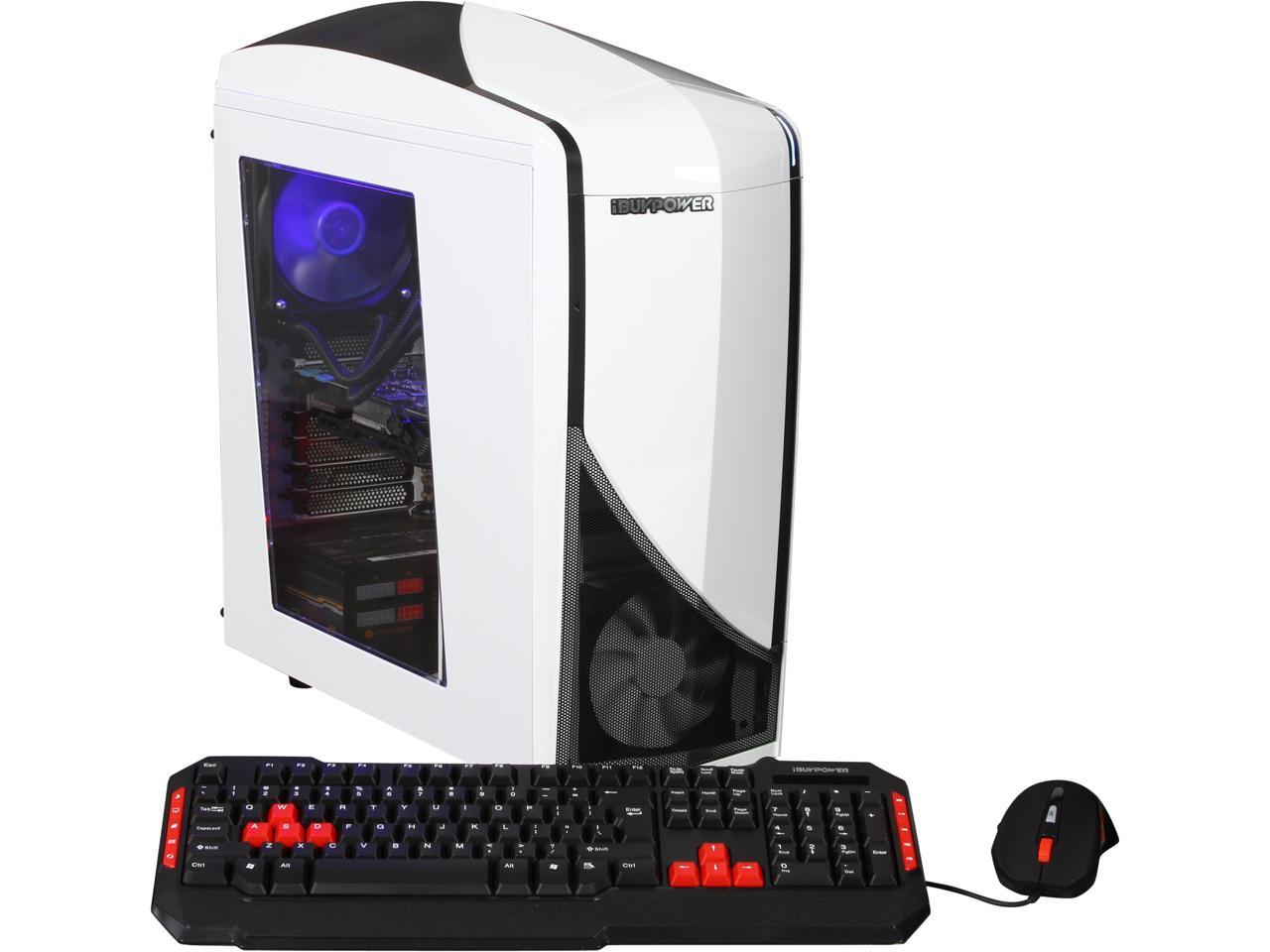 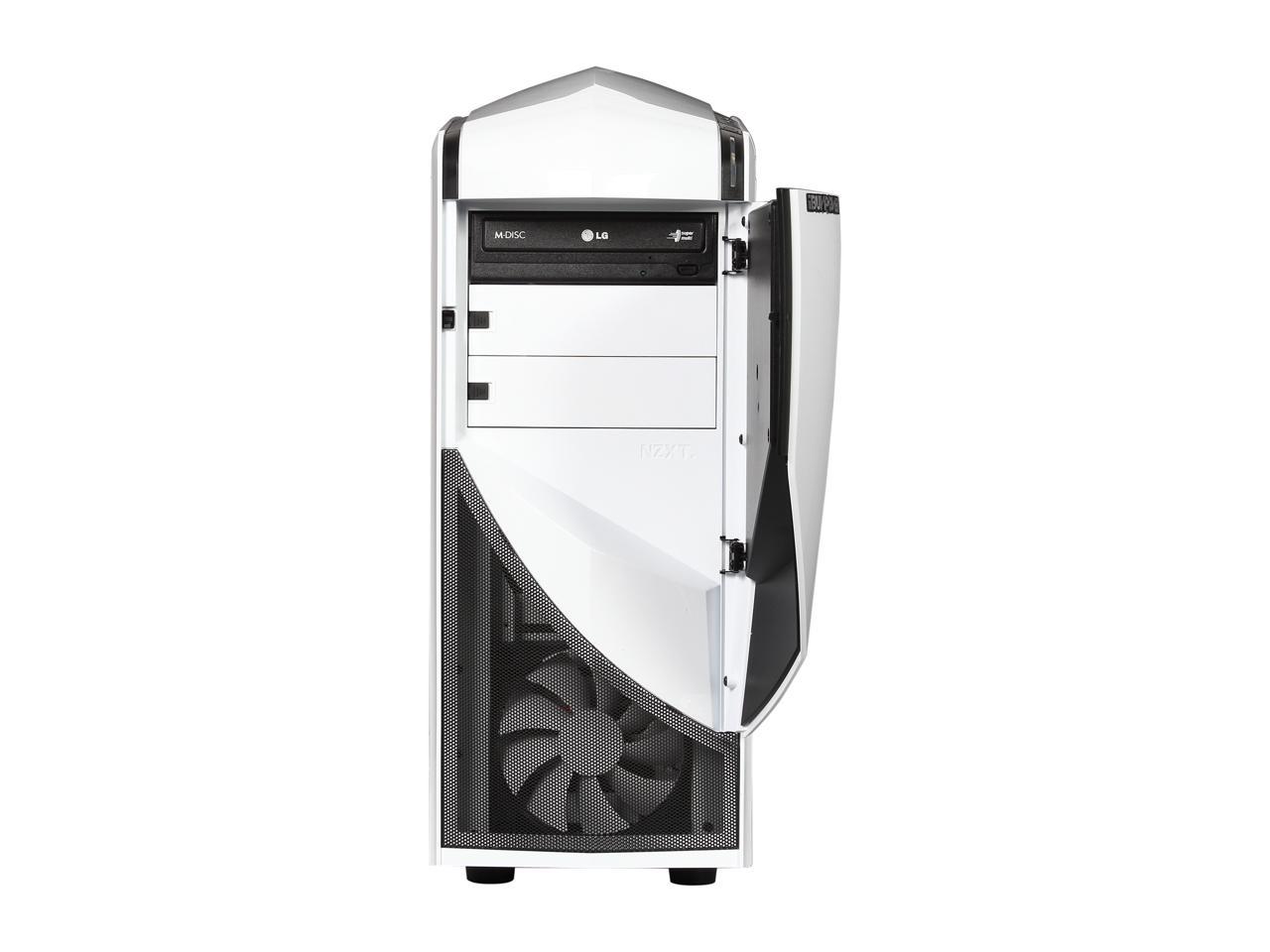 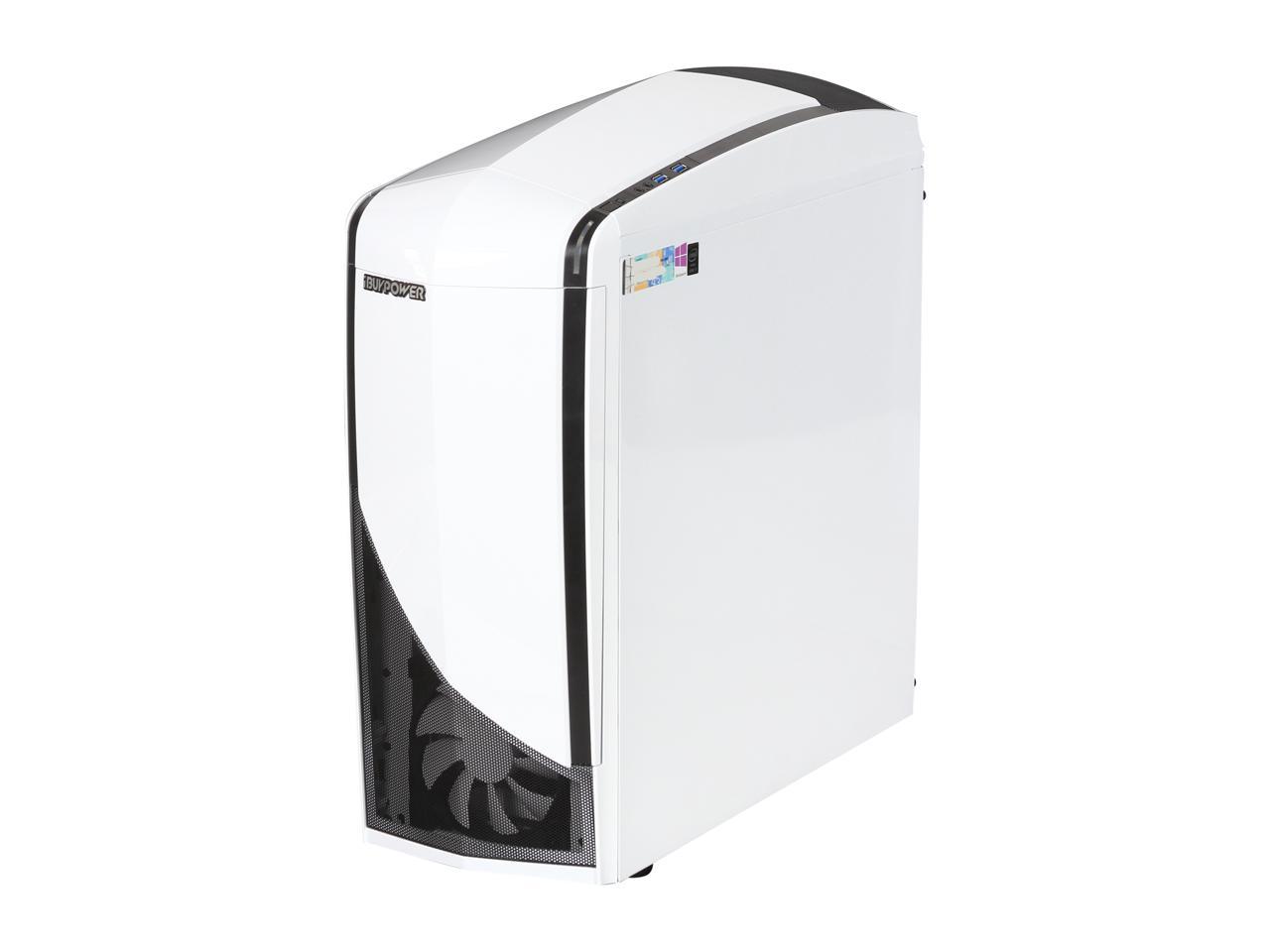 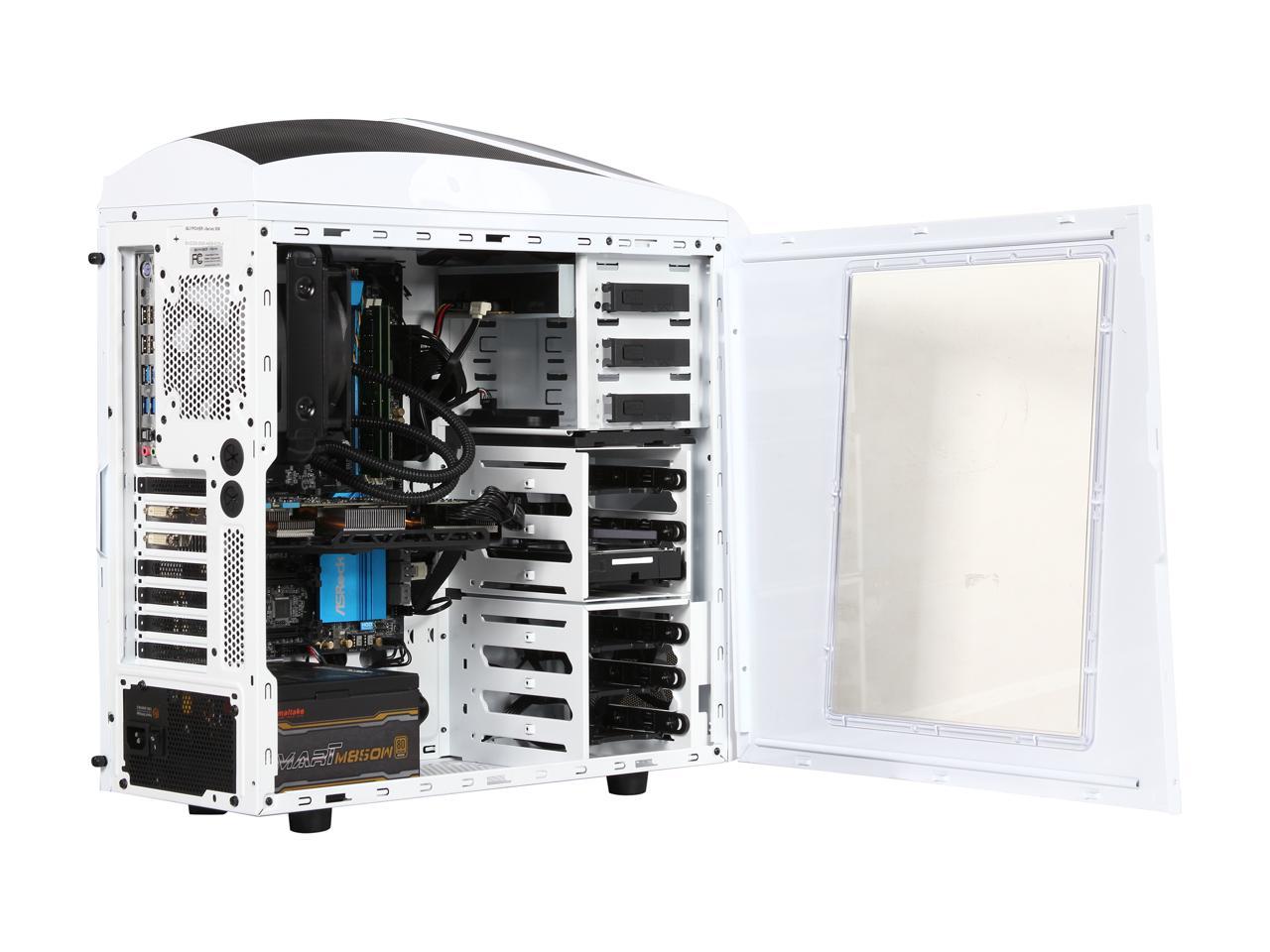 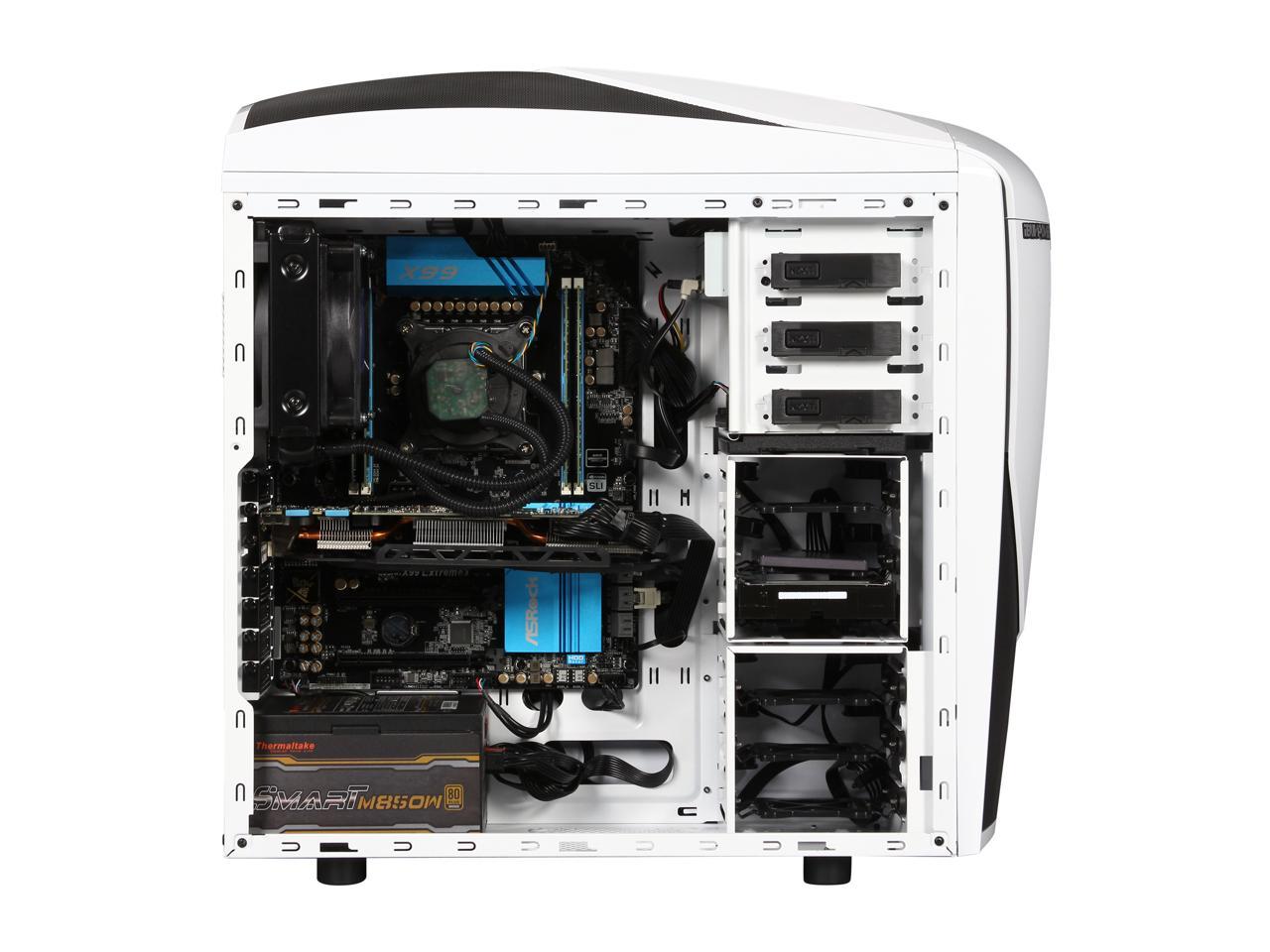 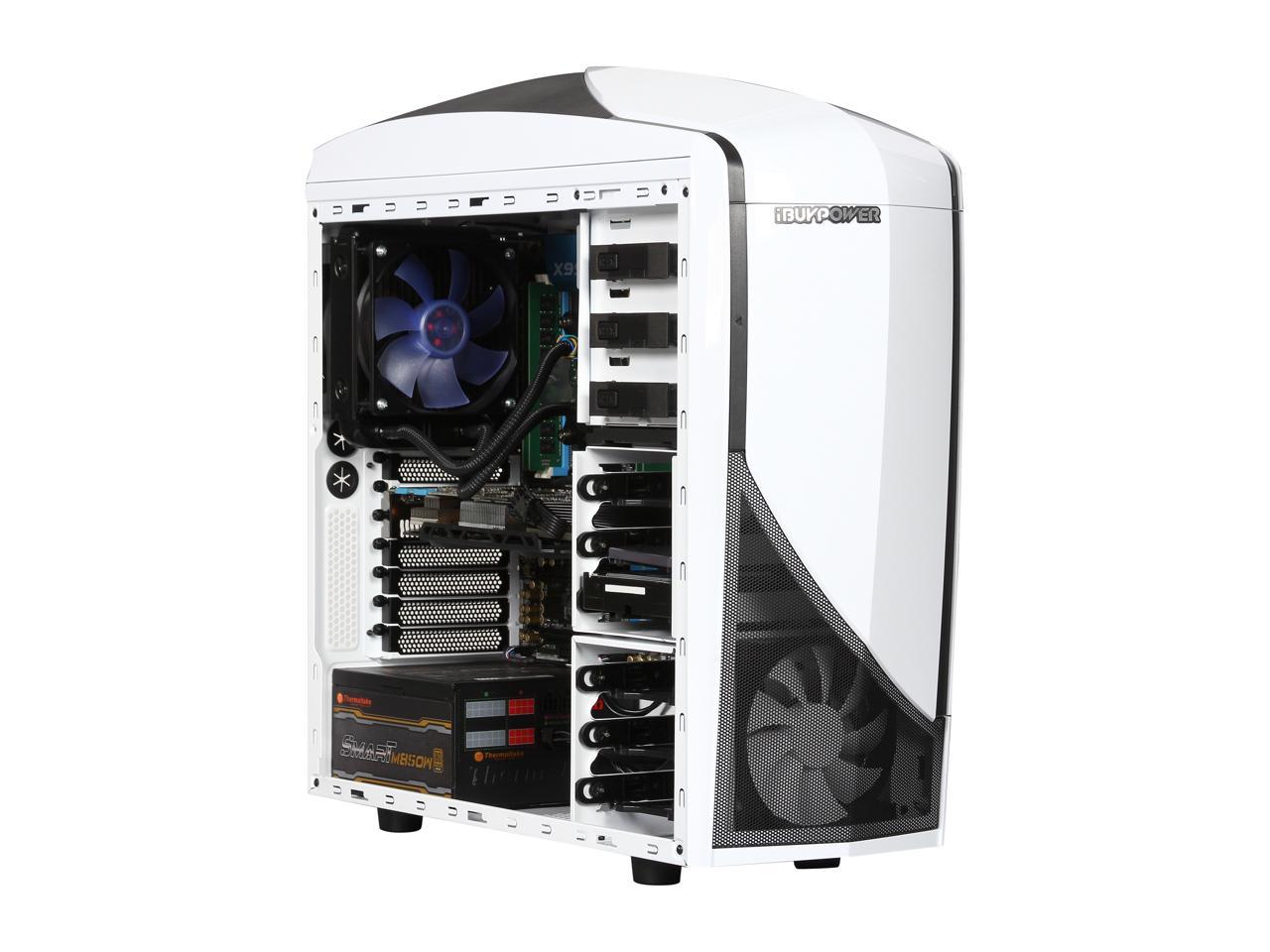 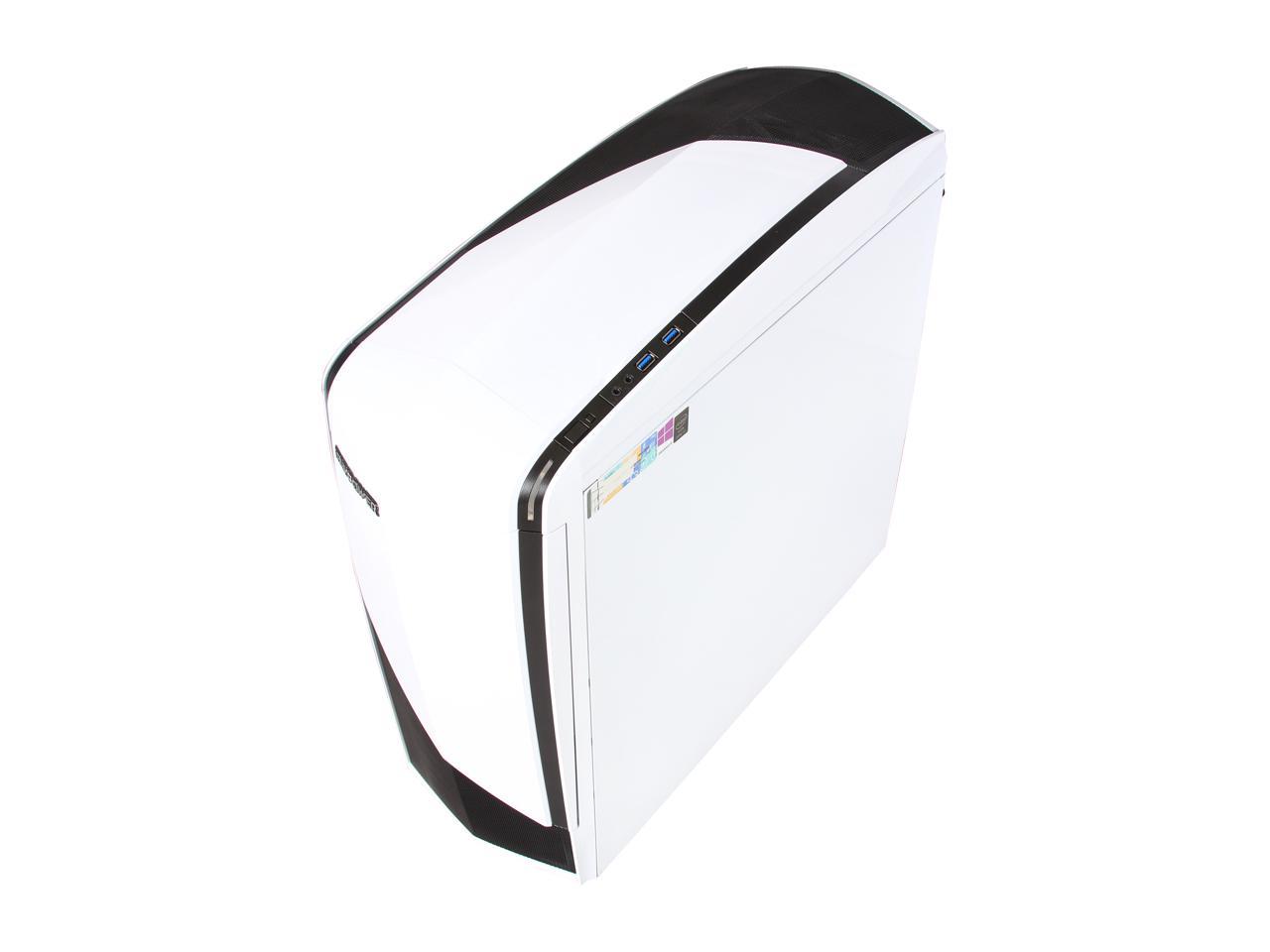 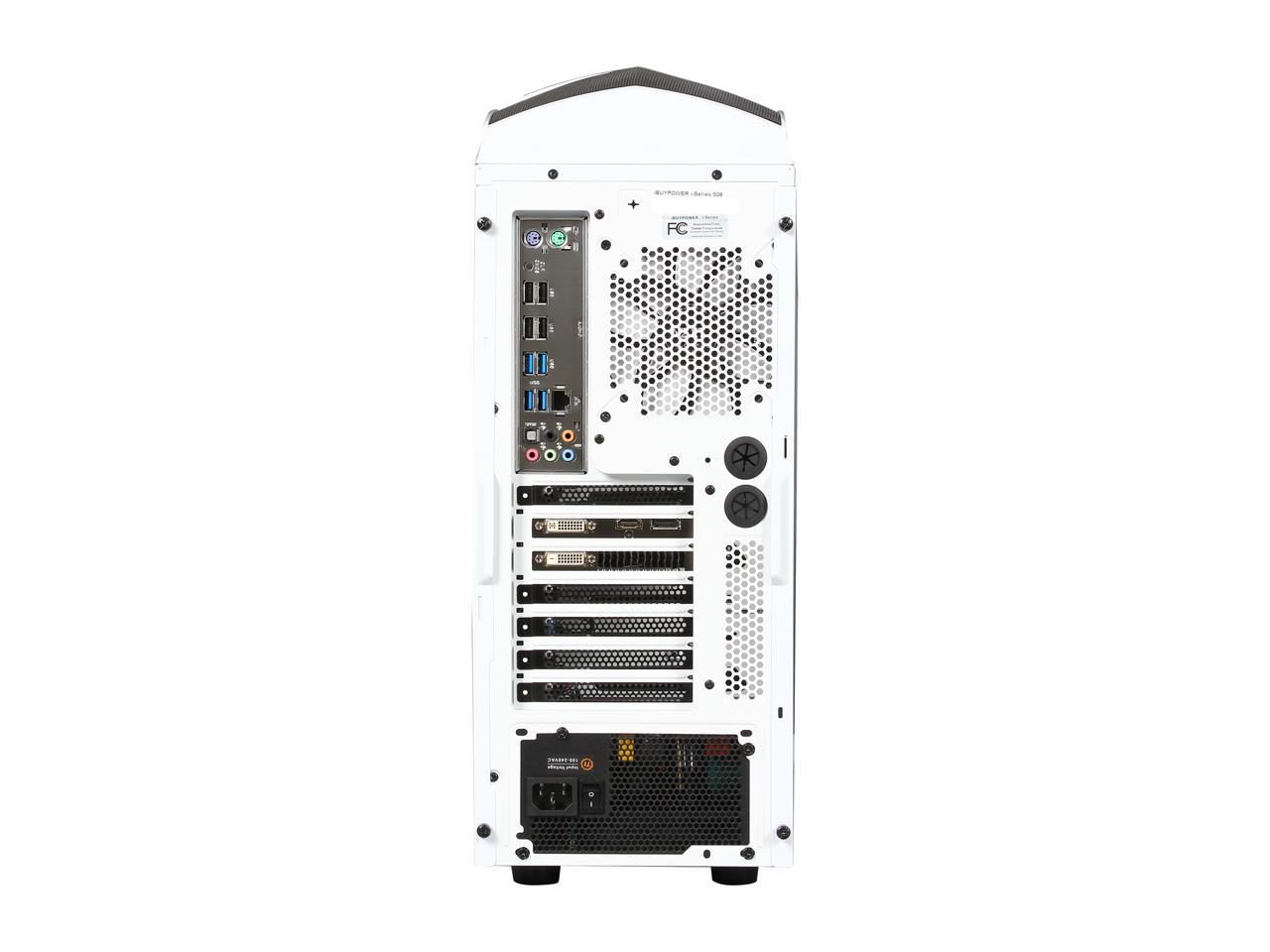 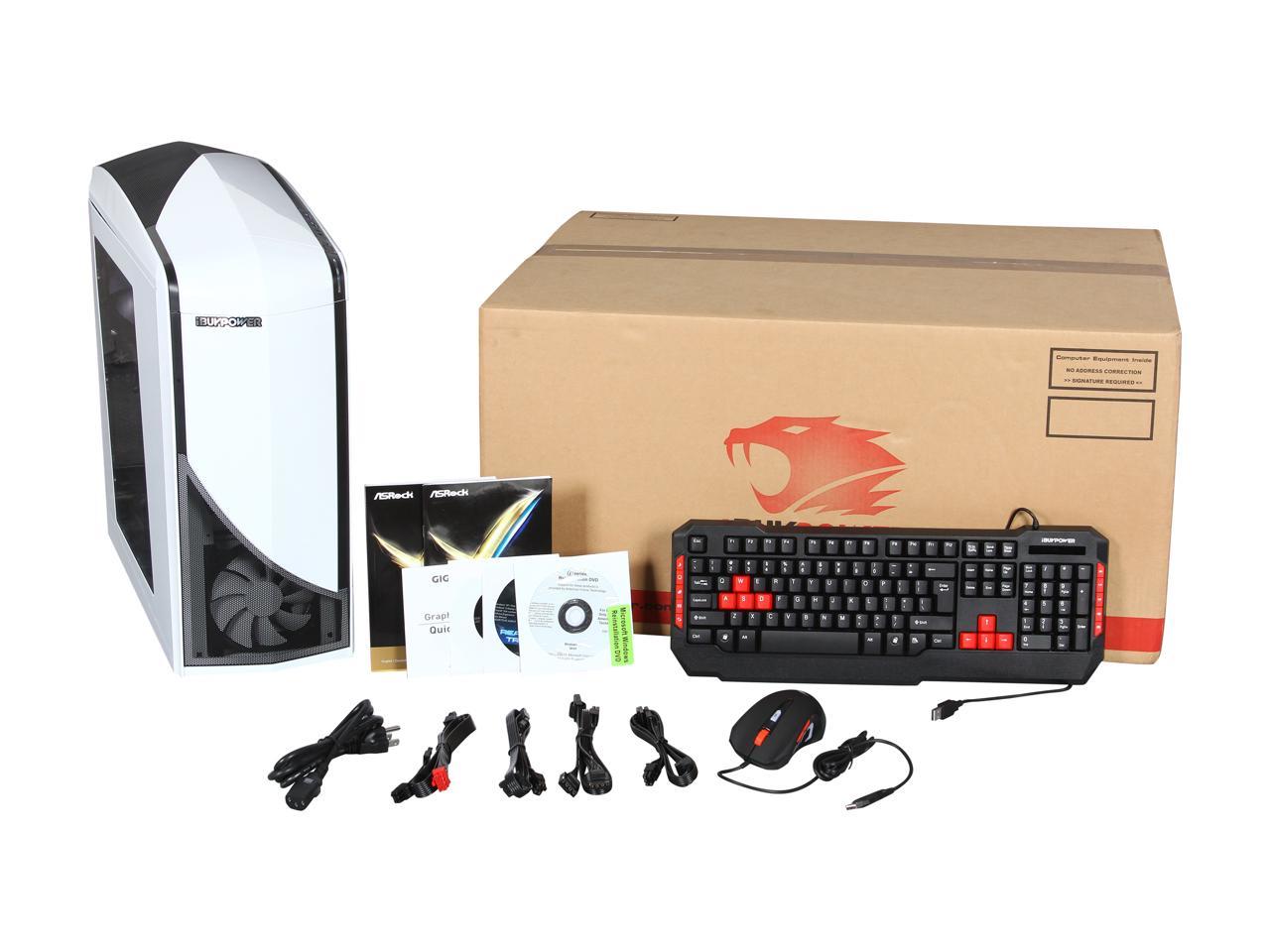 Learn more about the iBUYPOWER NE596X

Pros: The processor being the ultimate 5960x with 32 GB DDR4 R/AM along with a decent Thermaltake 850W modular power supply coupled with liquid cooling as well as an X99 ASRock Extreme 3 motherboard is worth much more than the price of $2300. I bought this for parts, needless to say its a barebones kit with everything you need.

Cons: The case and the graphics cards are laughable at best. I immediately purchased a Fractal Design case that was on sale with this order since I knew this rancid NZXT case was something you can not even sell let alone give away for free. The GTX 760 2 GB came bent over like it was smushed from the packing foam. I expected this as well, so I purchased another graphics card option to put into my new case. Everything else is great.

Overall Review: I doubt this will even be on sale at this price for long .. If anyone knows anything about computers, this is a steal.

Manufacturer Response:
Dear Valued iBUYPOWER Customer, We want to thank you for being a customer of iBUYPOWER and we appreciate you taking the time to send your feedback and will continue to strive to make our products better. If you have any questions about your products please feel free to contact newegg@ibuypower.com or call us at 888-462-3899, we will answer all your questions in a timely matter. Thanks again
Mike S.
Ownership: 1 week to 1 month
Verified Owner
Some corners cut to save costs10/1/2014 10:45:14 AM

Cons: The NZXT Phantom case is the big con, IMHO. The hidden compartment behind the opposite side panel to hide cabling is a nice feature, but the drive caddies don't stay in the case with the SSD or empty, so this isn't a case for LAN parties or moving room to room. In addition, the top of the case is a triangle shape (like a chisel or knife edge) and a pair of USB-3 connectors and the buttons are located there, so forget about putting anything like your smart phone up there to charge or just connect. Come to think of it, I think I hate the case more than winblows. The motherboard isn't listed--maybe they reserve the right to use different boards, but in my case it's an AsRock Extreme-3, which severely limits or eliminates overclocking and more than dual-SLI/Crossfire. That said, it works fine and appears built well, just don't expect to get any "X" from your 5960x. Wincrap-8. Yeah, it's 8.1, but still 8. Plus, I'm a Linux guy, though I haven't installed it yet. The one time I contacted iBuyPower about the case caddies, whoever I got must either get questions about it constantly or was having a bad day because he was in a really bad mood. It makes me question buying their stuff again.

Overall Review: I haven't put nearly the use time on here I thought I would and think I'm going to return it. (I have until this afternoon to finish thinking about it!) Almost everything about the NZXT Phantom case annoys me and it feels so flimsy with the drive caddies that I'm afraid I'll hurt something every time I move it! I went this route instead of buying directly from iBuyPower because it seemed like a $400 price discount and assembling a system with a $1,000 CPU didn't seem like a risk I wanted to take. Having done so I think next time I'll either buy directly (maybe not from iBuyPower, as I said above) or build it myself even considering the uber-expensive components.

Manufacturer Response:
Dear Valued iBUYPOWER Customer, We are very sorry for the inconvenience with your desktop and wish to work with you to promptly take care of your frustration. Please email us your contact information at newegg@ibuypower.com so we can begin resolving your case. Our computers can be registered at https://www.ibuypower.com/Forms/Retail for faster RMA service. Thanks again for considering iBUYPOWER products we look forward to resolving your concerns in a timely matter. If you want to contact our customer representative, please call us at 888-462-3899.