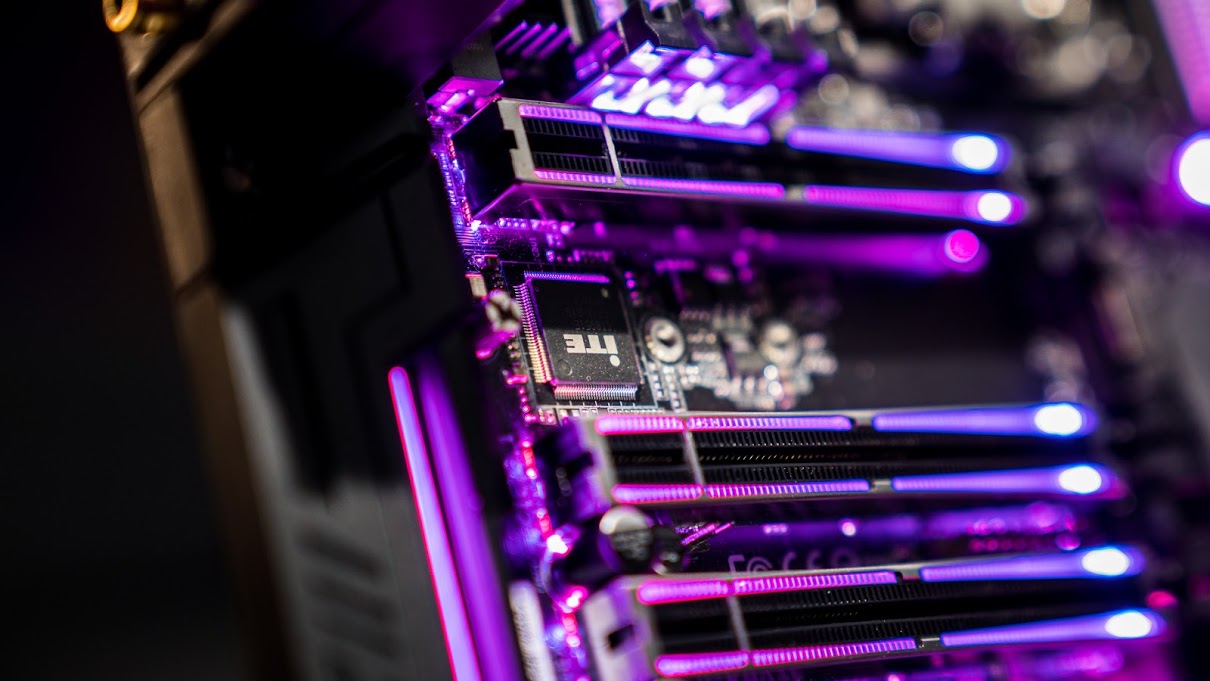 Back when PC gaming was young and cores were limited to the dual-variety, buying a budget motherboard was often a recipe for disaster. If the lower quality parts didn’t get you, the lack of features would. It was a tough time for me, having to play Half-Life 2 when it was first released on my family’s Dell because the PC I had hand-built collapsed under the strain like an Ikea bookcase.

I’ve kept that bias with me for the many, many years since that traumatic moment, and have refused to give it up even in the face of years of amazing motherboards that didn’t cost an arm and a leg. This latest round of Z490 motherboards for Intel’s 10th Generation chips have quality and feature sets that are impossible to ignore, even for me. We’ve rounded up the four best budget gaming motherboards that anyone would be proud to have in their rigs.

Check out more motherboards on Newegg 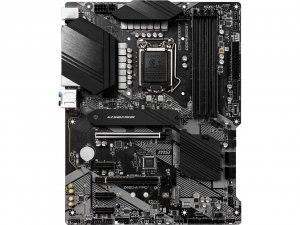 The new MSI Z490-A Pro is decked out in black, silver, and white, and looks like the motherboard Darth Vader would run in his battle station (see what I did there?). Personally, that wins it some major points from me.

Underneath its impressive looks are some surprisingly awesome features. Dual M.2 slots, 2.5 GB ethernet, and support for up to 128 GB of 4800 MHZ overclocked RAM really make you wonder if someone accidentally switched the price of this board with one that wasn’t as feature-rich. For $40 more (at the time of writing), you can snag the MSI MPG Z490 GAMING EDGE, which adds WiFi 6 built-in, and some beefed-up hardware durability and passive cooling if you feel the need. 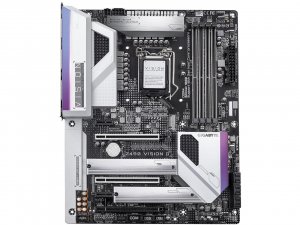 Leaving the Empire’s aesthetic, we get slick silvers and a cool pastel streak for the gamer who wants a swanky James Bond moonbase vibe. Built with water-cooling in mind, the Vision G has thoughtfully crafted advanced thermal design integrated into its next-generation CPU heat pipes. This board would definitely serve you well, with high-speed wired networking, USB-C, support for 128 GB of RAM, and M.2 slots that feature an updated cooler design.

Onboard RGB means that the good looks of this board come with some added flash that would definitely not disappoint through a glass side panel. If you find another $100 in your winter coat, you’d have the $299.99 needed for the GIGABYTE Z490 VISION D, our budget board’s big brother. For the extra cash, you’ll get WiFi 6 and Bluetooth 5 on board, double the M.2 slots, and increased connectivity options, like two Thunderbolt 3 capable ports, as well as reinforcements to the board around where a heavy GPU or two might hang out. 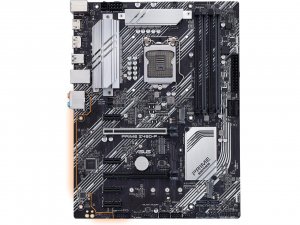 Asus has created a striking looking board in the Prime Z490-P, with black and white slashes cascading down the board and built-in RGB lighting. The looks aren’t the only thing that will blow you away: their commitment to cooling and power delivery is bordering on obsessive. The thicker PCB, solid power connector pins, and advanced thermal designs for the CPU and VRM all give this board better cooling from the start, and once you add on their comprehensive software customizations, you’re really cooking with gas.

The 10+1 phase power delivery supplies clean power to even the hungriest parts of your system, like the CPU and GPU under a heavy gaming load. They’ve even managed to help you overclock your RAM while setting the voltage lower, which helps keep you running cooler and more stable. Taking a step up to the ASUS PRIME Z490-A (229.99) gets you extra ports galore, 3-way Crossfire support, and a more robust 12+2 power stage design to make your overclocking even more stable. 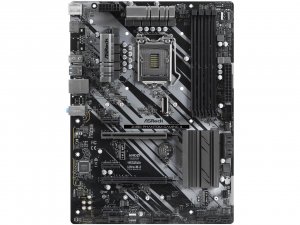 The black and white slash-centric design is much less visually audacious on the ASRock Z490 Phantom Gaming 4, but that hides a few killer features that even the highest-end motherboards would be jealous of. With ASRock’s proprietary Base Frequency Boost (BFB) Technology, even your non-K-series CPUs will experience an overclock-like boost in their speeds. The base clocks are increased substantially, meaning that you’ve got more power on hand at all times, without worrying about turboing up and down while doing something important.

On top of that, its high-end sound processor and software give you an improved auditory experience, and the steel-reinforced PCI-E slot keeps your heavy graphics card from causing warping or connection issues over time. The ASRock Z490 Phantom Gaming 4/2.5G adds 2.5 GB networking for only $149.99, and the ASRock Z490 Phantom Gaming-ITX/TB3 gives you much of the same functionality in a Mini-ITX form factor for $279.99.

Hopefully, this selection of budget Z490 motherboards has proven that you’ll be able to enjoy the full benefits of Intel’s 10th Generation chips without sacrificing features that make your system feel top-notch. If you want to check out more motherboards, visit Newegg’s mobo page and browse to your heart’s desire.

*Prices and availability are subject to change.