By Aaron Mickunas December 17, 2019 No Comments 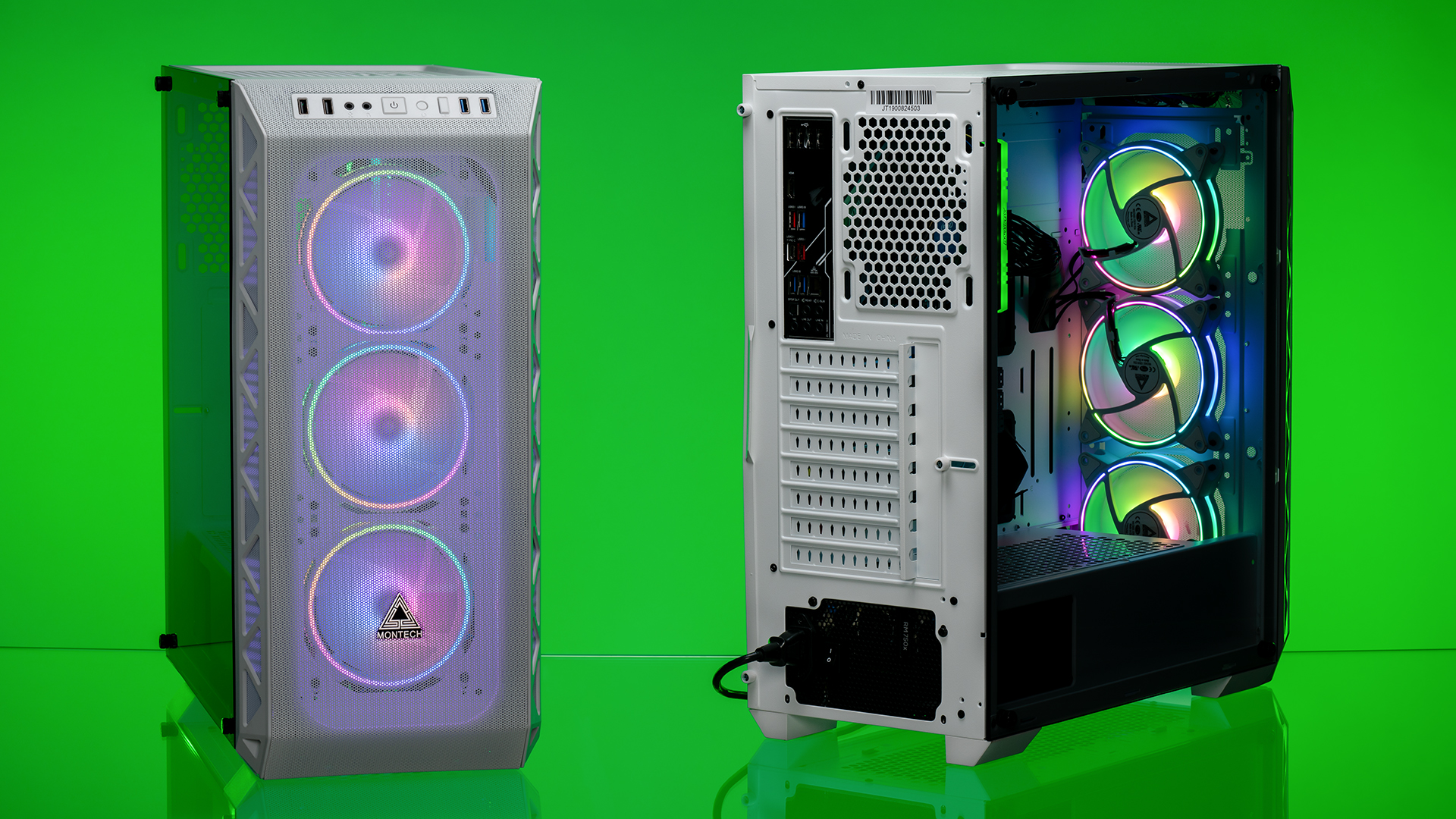 Diving into the world of PC lighting can be a challenge for PC building novices. There are RGB strips, fans, controllers, and switches, and that’s all on top of considering built-in RGB from motherboards, graphics cards, PC cases, and tons of other components. There’s a lot to learn and even more to consider, but fortunately, two new products from Montech  make kickstarting a great RGB rig a lot easier. We recently had a chance to try them both at Newegg Studios. 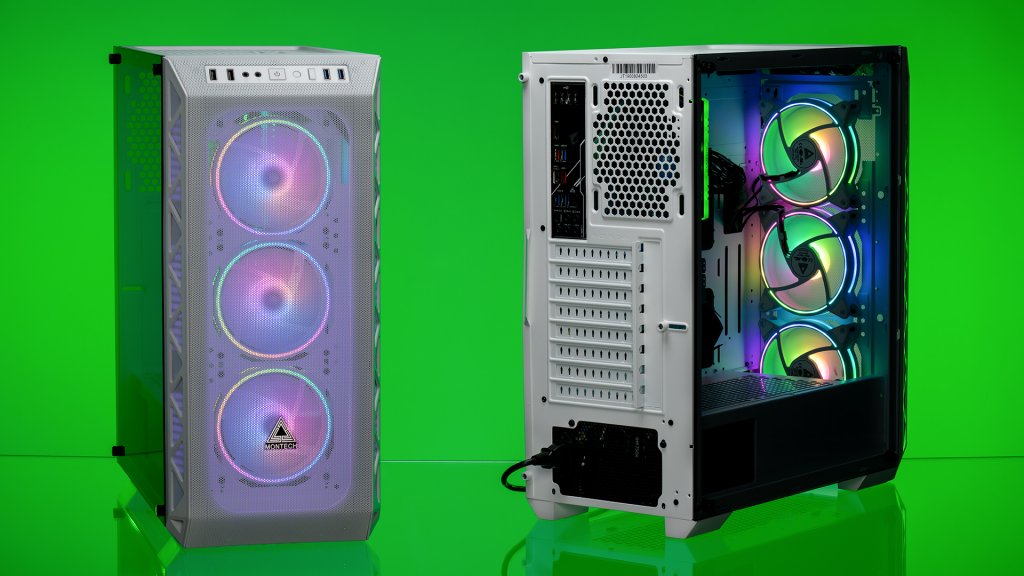 There are two pieces to dive into. First, there’s the white Air900 Mesh case. The case we received from Montech is the white mesh-front version, but there’s also a different white version where the mesh is only along the edges. Both versions of the case also come in black.

The case is perfectly fitted for the second component we received, which is a set of three bright controllable 120mm Z3 ARGB fans. The clean white design matches the case, and the Dual ring ARGB shines bright both inside the case (visible through the transparent side panel) and through the front mesh. Both products are fast and easy to setup, which makes them good choices for anyone new to PC building, or who just wants color, style, and functionality without a hassle.

Disclaimer: This article was produced in cooperation with Montech 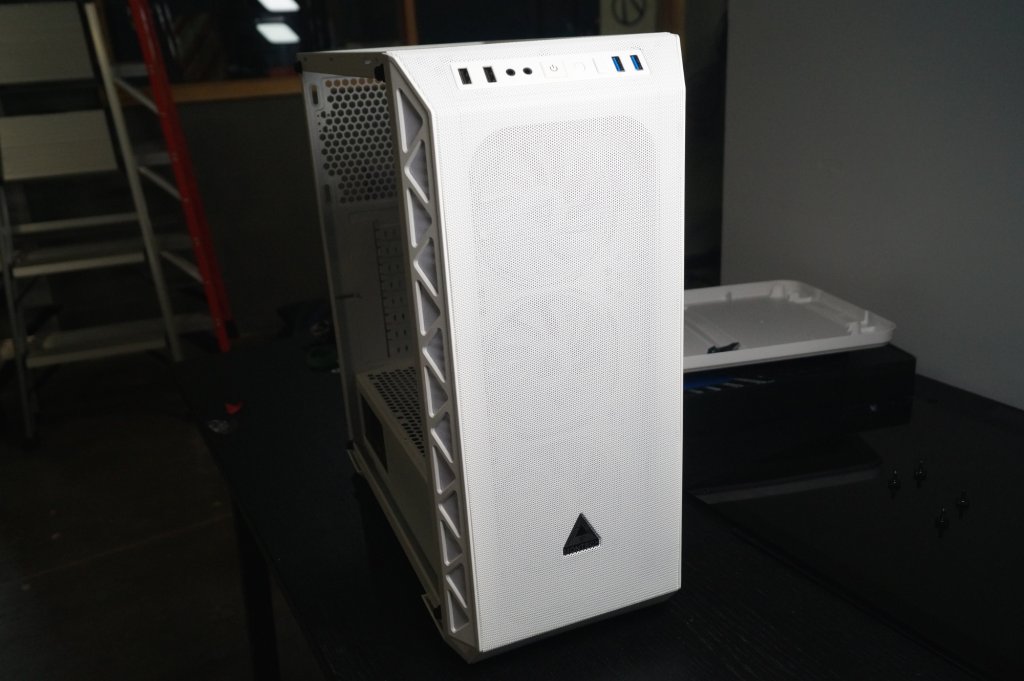 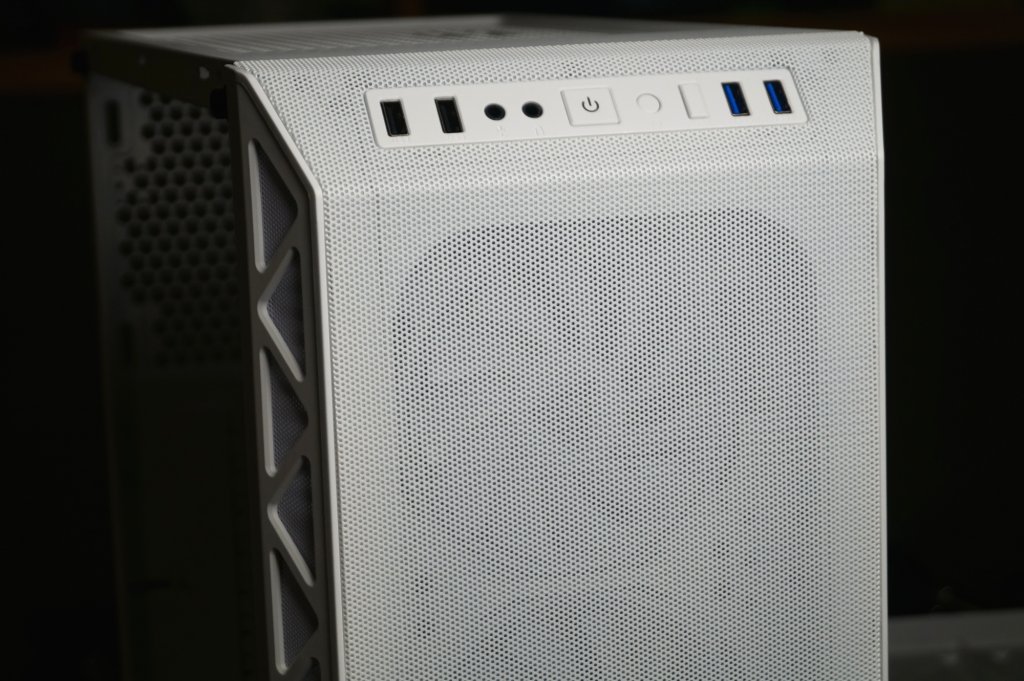 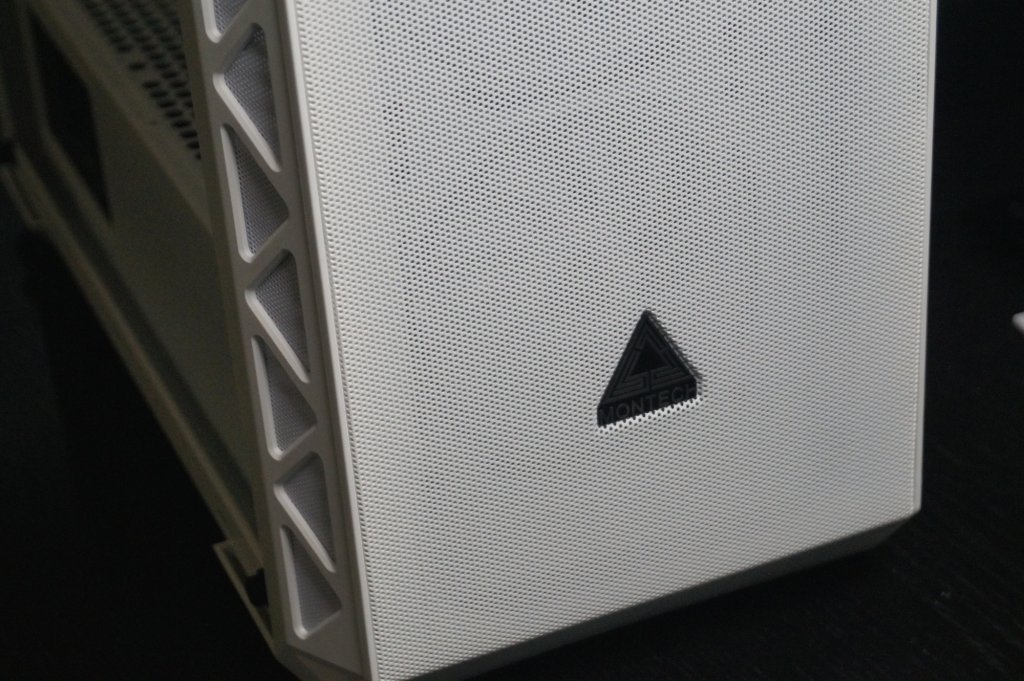 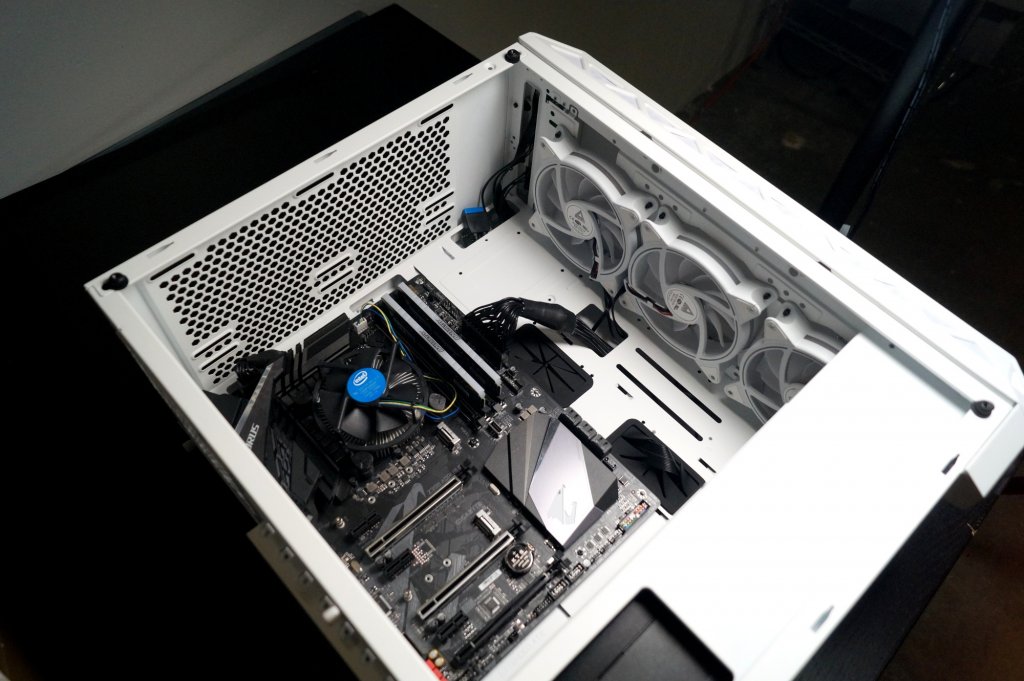 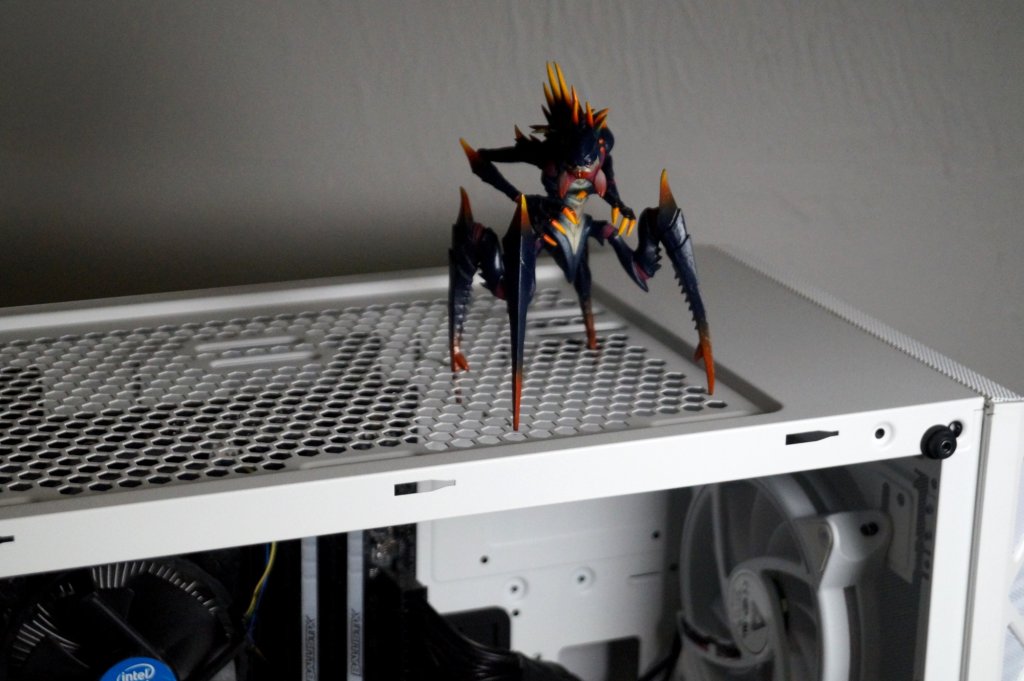 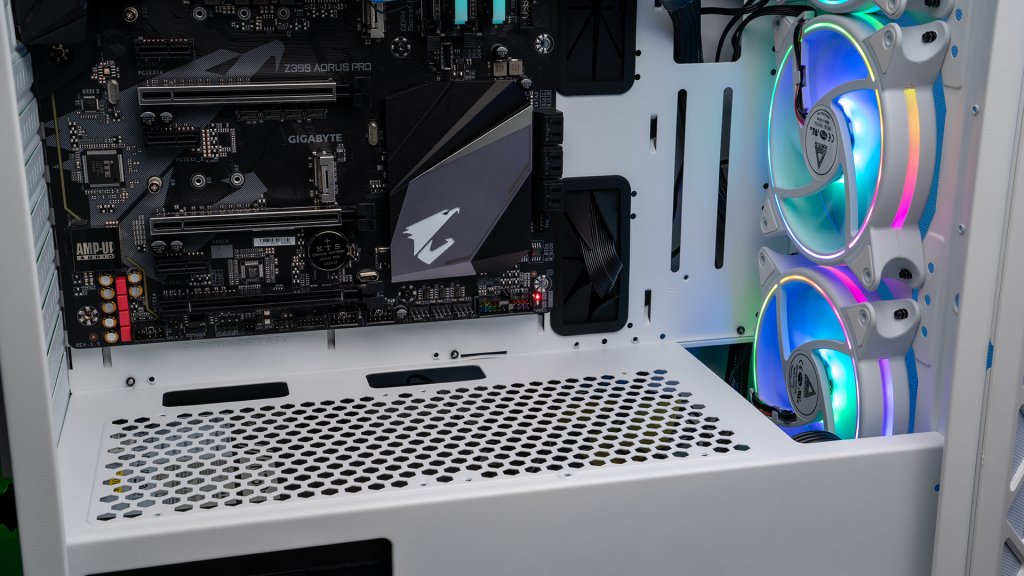 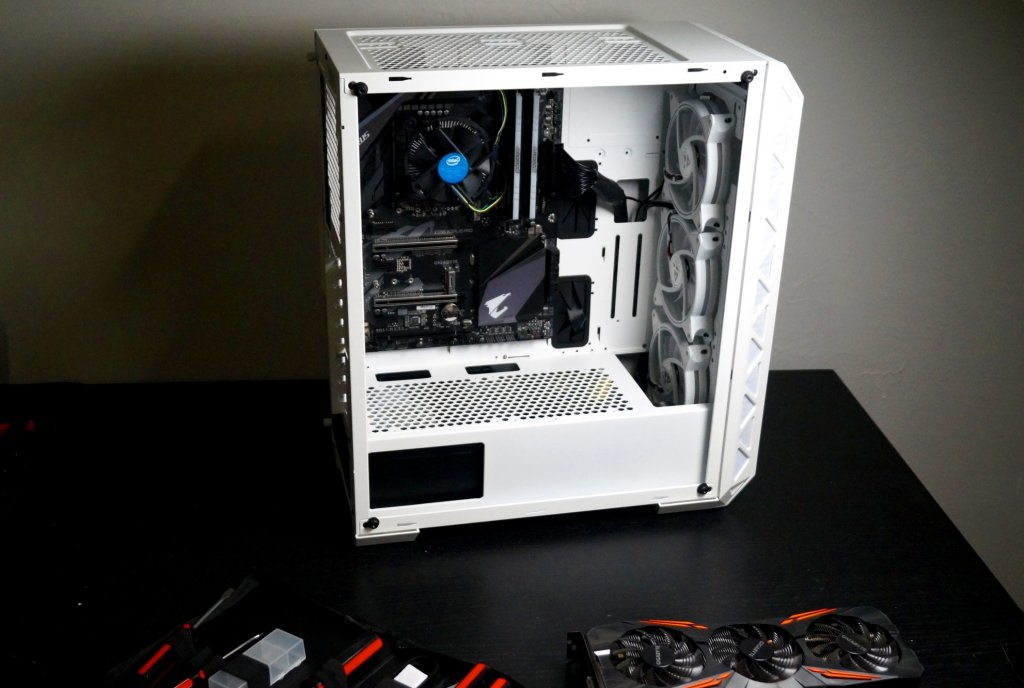 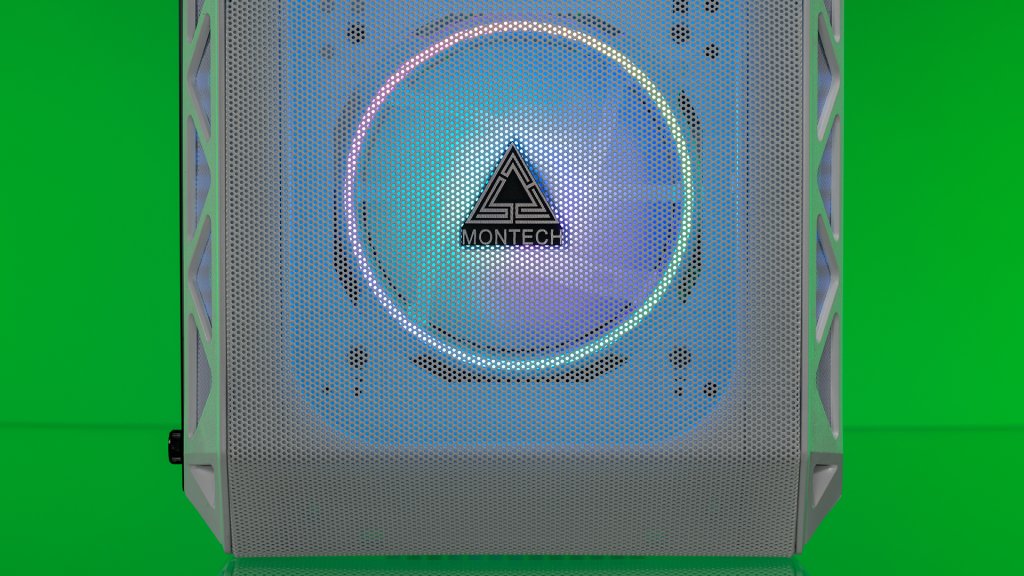 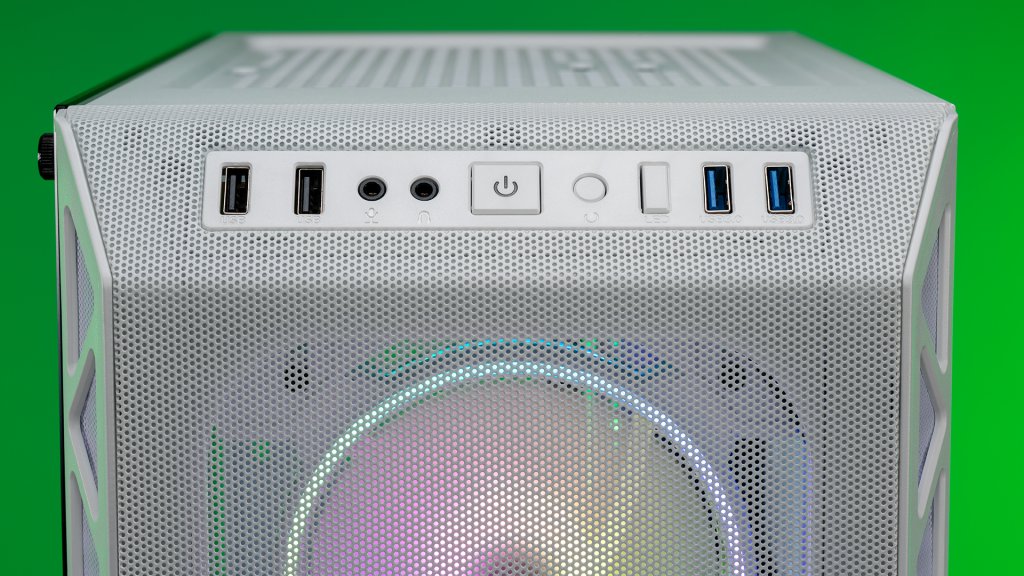 The case is a standard mid-sized case, made optimally for a mid-ATX motherboard, but it can also support Mini ITX and Micro ATX, if you so choose. It’s sturdy, and there’s plenty of room for open airflow.

The metal paneling is made out of 0.6mm rolled steel, which means it can handle some heavy hardware, whether that be a big metal-plated motherboard or a high-end graphics card. It can also take a few dings, but you shouldn’t go out of your way to ding your case or computer at all, don’t get any ideas.

The transparent side panel is made out of tempered glass, which is also durable in its own right, while allowing you to show off the cool RGBs in your build.

The mesh front, of course, is staple to the case’s design, and it’s also one of my favorite parts of the case’s design. It provides somewhat of a built-in filter, for starters, although there is an actual magnetic air filter you can use, too. The real benefit of the mesh is two-fold. First, it opens the case up for better airflow, and airflow is incredibly important in PCs, especially gaming or workstation PCs that are built with hardware that heats up fast.

The second benefit is what the case offers visually. We’ll talk about the fans in a moment, but for now, I’ll just mention that they are incredibly bright and vibrant. And why have bright, vibrant RGBs that you can’t look at? The mesh provides a definitive front to the case without obscuring these bright lights, which is a problem that other mesh cases tend to have. It’s very pleasing to look at, and the openness of the main compartment makes it an easy case to work with while building. 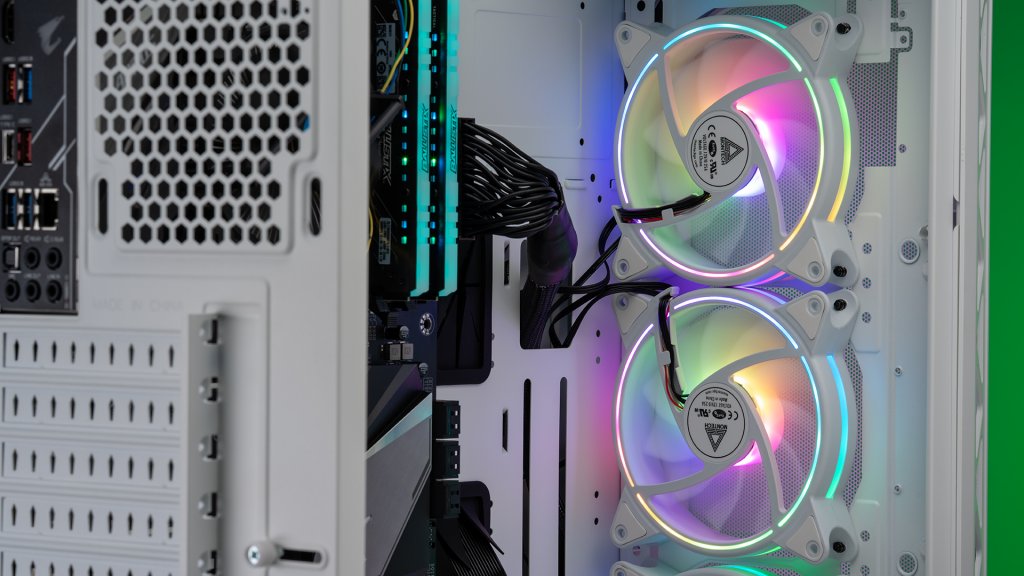 The fans are, first and foremost, extremely bright. They’re brighter than most other fans I’ve worked with in my career so far, and I’ve worked with many, many fans. If you want RGB lighting, and you want to show off this case to friends or on your stream, the fan brightness alone is worth it. They’re also very quiet, which is very important in itself. For many builders, that’s enough, but there’s a couple of other things I want to touch on that make these fans a good RGB pick-up.

First, the quality of the lights is impressive. While these fans are brighter than most fans, there are certainly still fans on the market that are just as bright. The issue with a lot of those, though, is that the RGB isn’t very high quality. With those, you can notice choppiness in color transitions or rigid segments blinking in and out as lights move around their setup. It’s distracting and very noticeable, and it ruins otherwise good RGB setups. These Montech fans don’t have that issue. They’re bright and vibrant, but they’re also smooth and high quality. 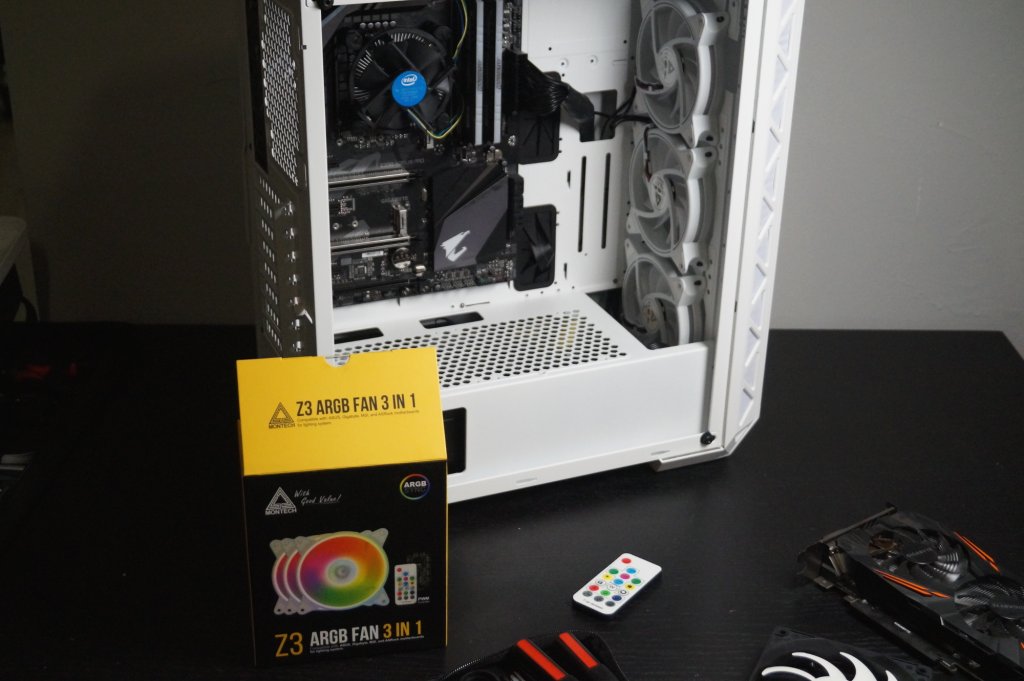 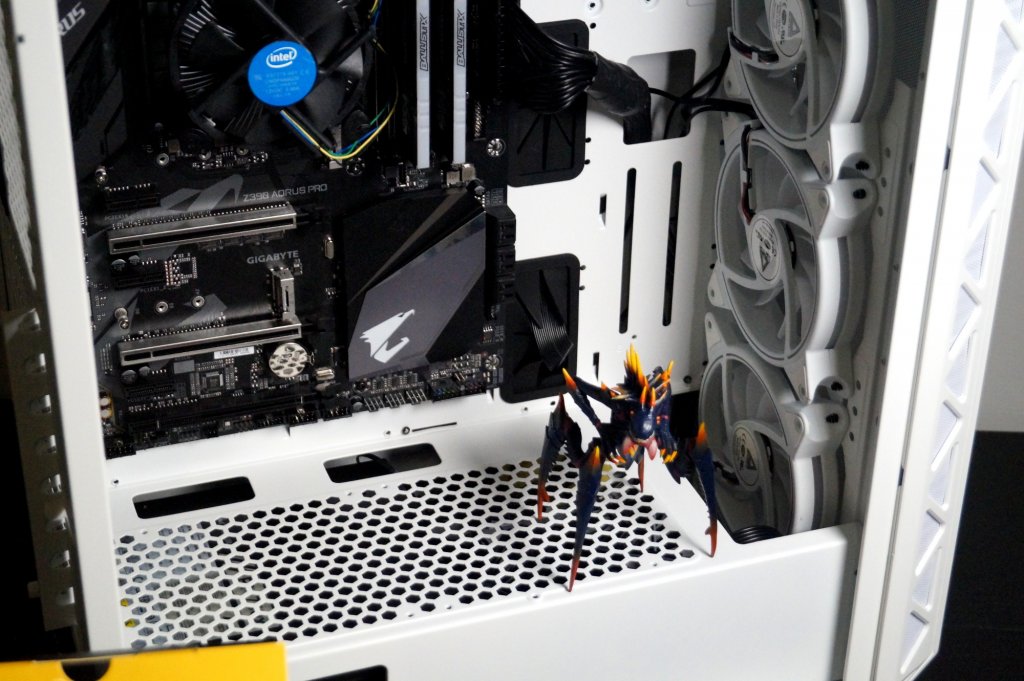 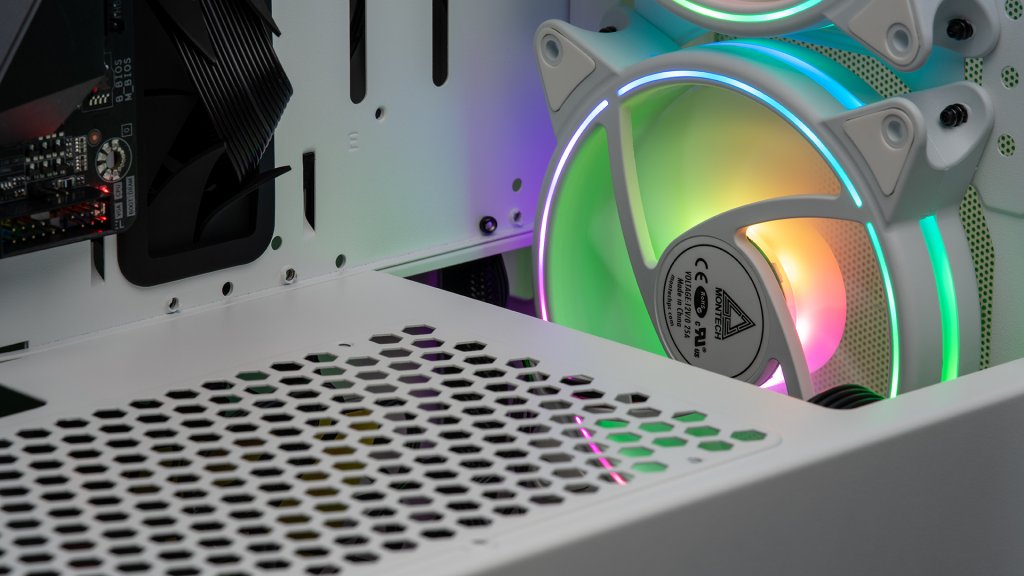 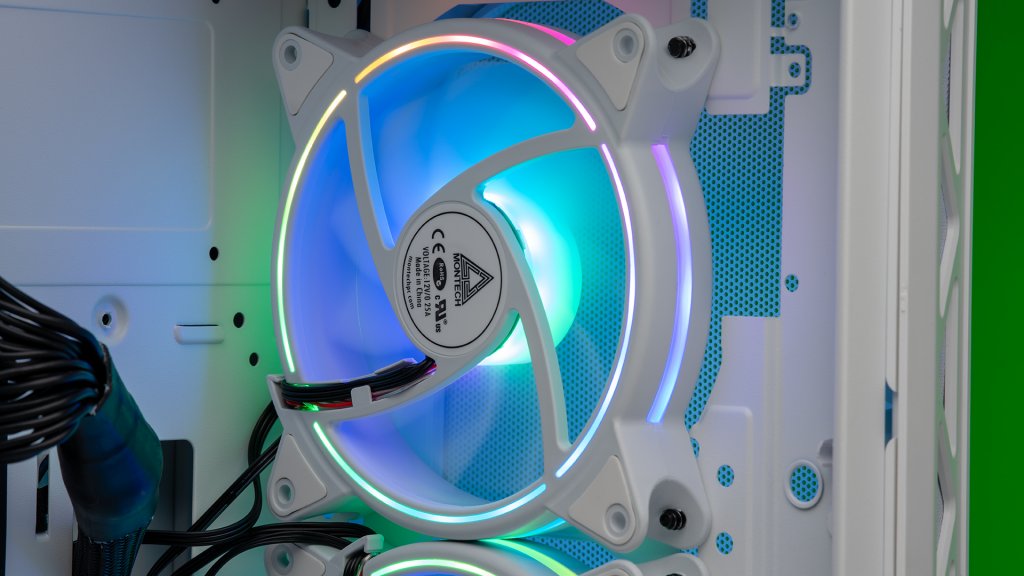 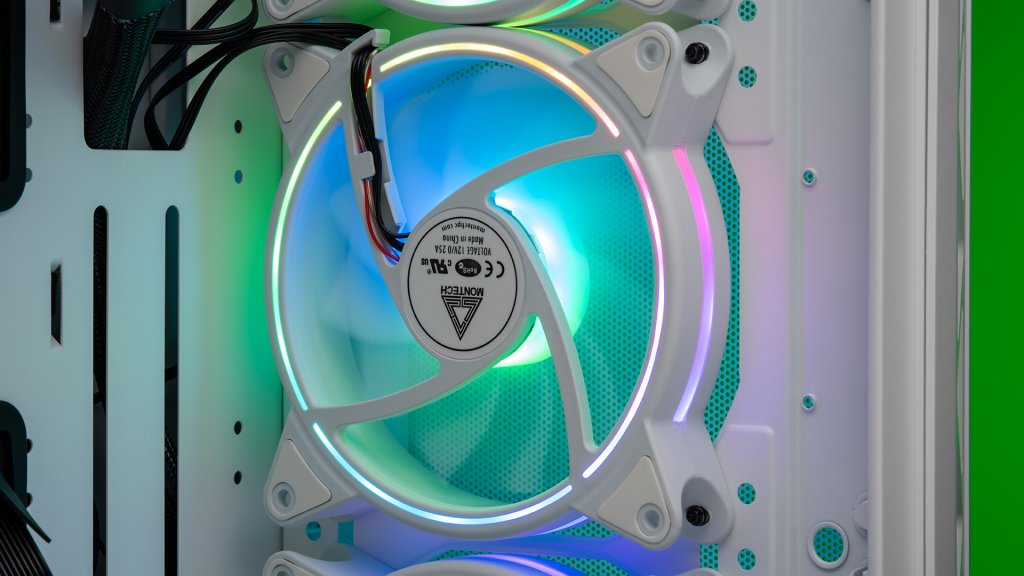 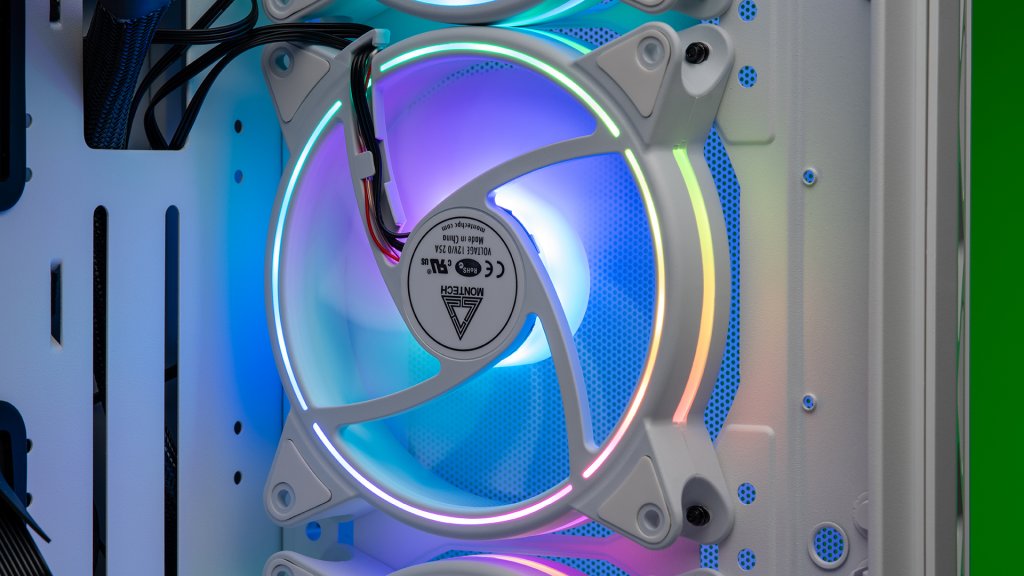 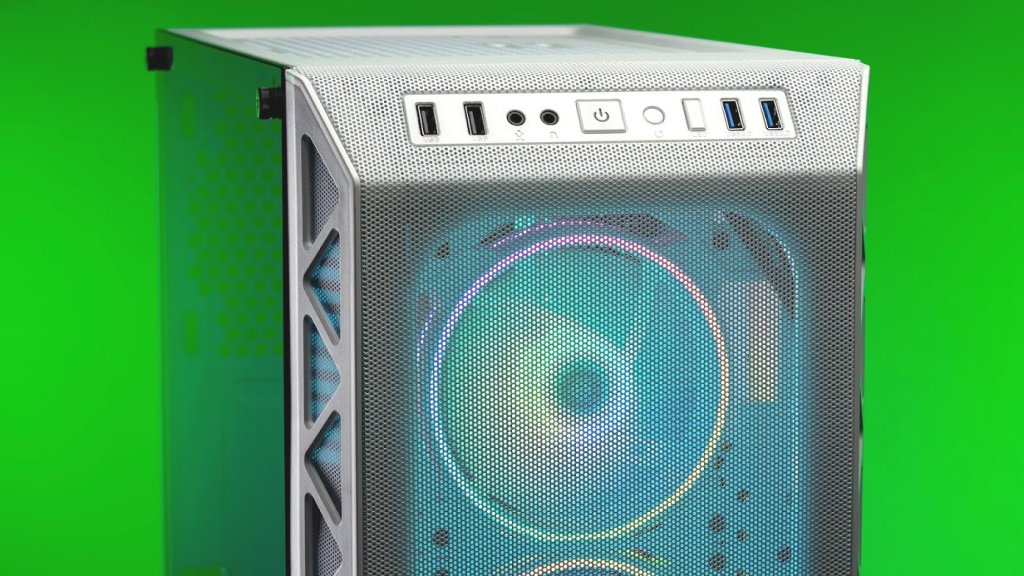 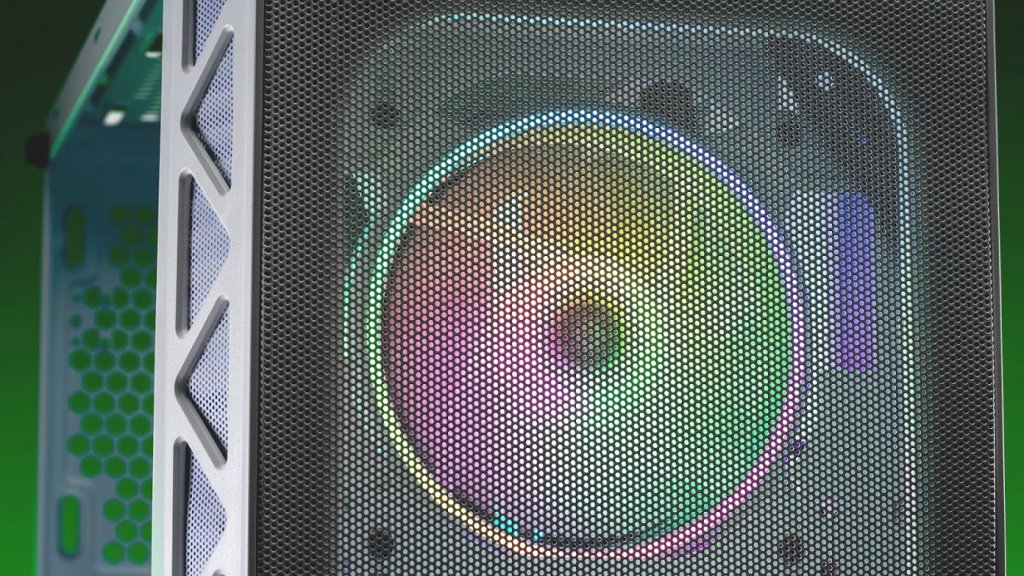 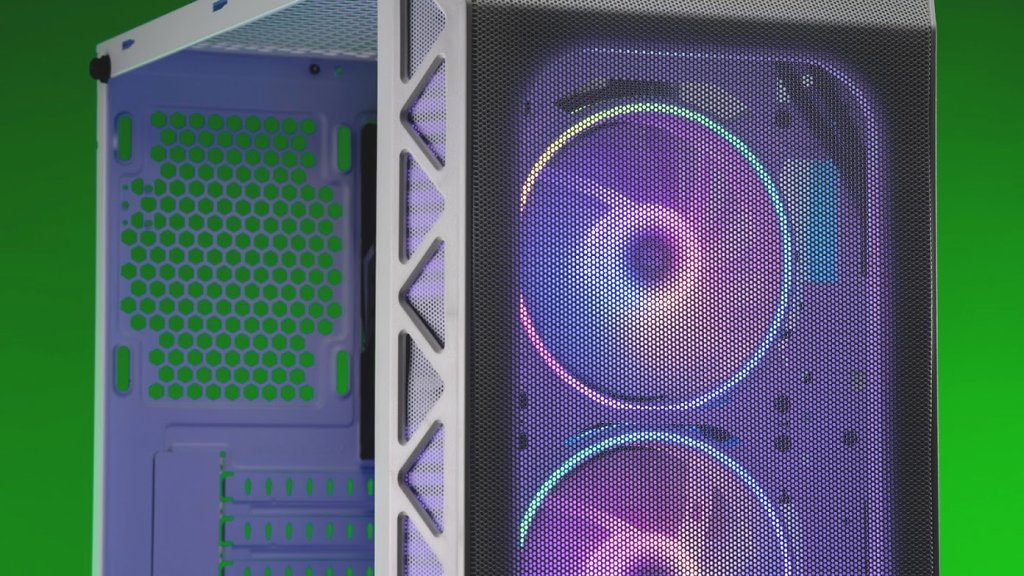 And secondly, there’s ease of use. The combination of these products really impressed me when I realized how easy they were to set up. The case has its open-air feel and ample room, and the fans have their extremely easy-to-use controller, which is the little chipset module you plug all the fans into so that the remote control works. The module is very easy to read. There’s four-pin headers for the fan power, and then three-pin headers for the RGBs, all labeled so they’re easy to recognize.

Put the first fan into the four-pin and three-pin headers labeled with a “1”, and so on and so forth. Then, plug the controller into SATA power on the power supply, and that’s it. When you finish setting up the PC and turn it all on, the included remote should work fine. Some RGB setups are much more complicated to operate, especially if you don’t know what you’re doing.

Overall, the fans and case go together very well. The mesh front on the case allows you to see your beautiful RGB fans, and the case comes with ample room for expansion, just in case you ever feel the itch to install an LED strip or two.