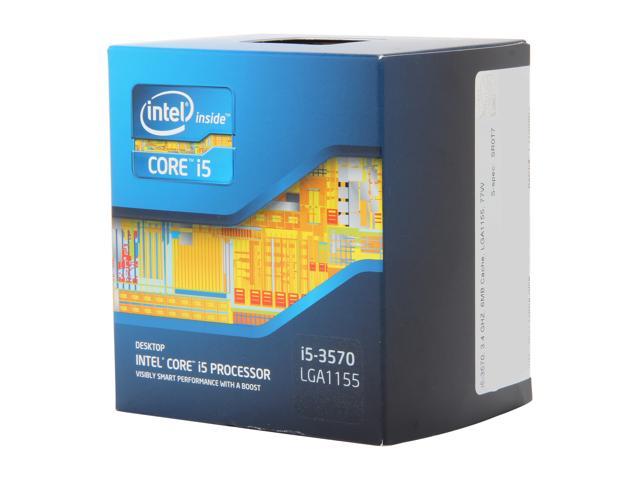 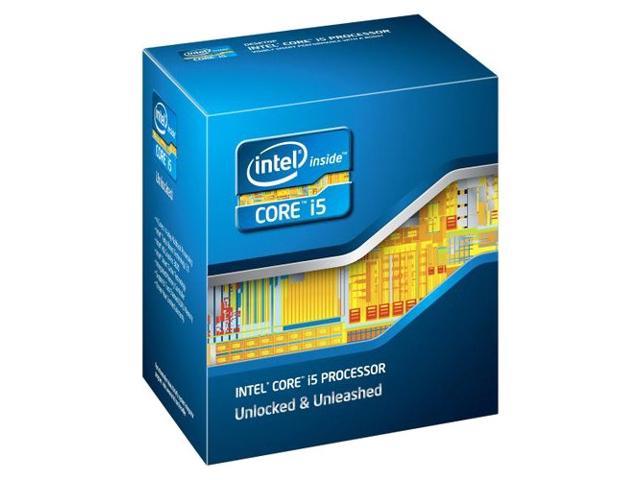 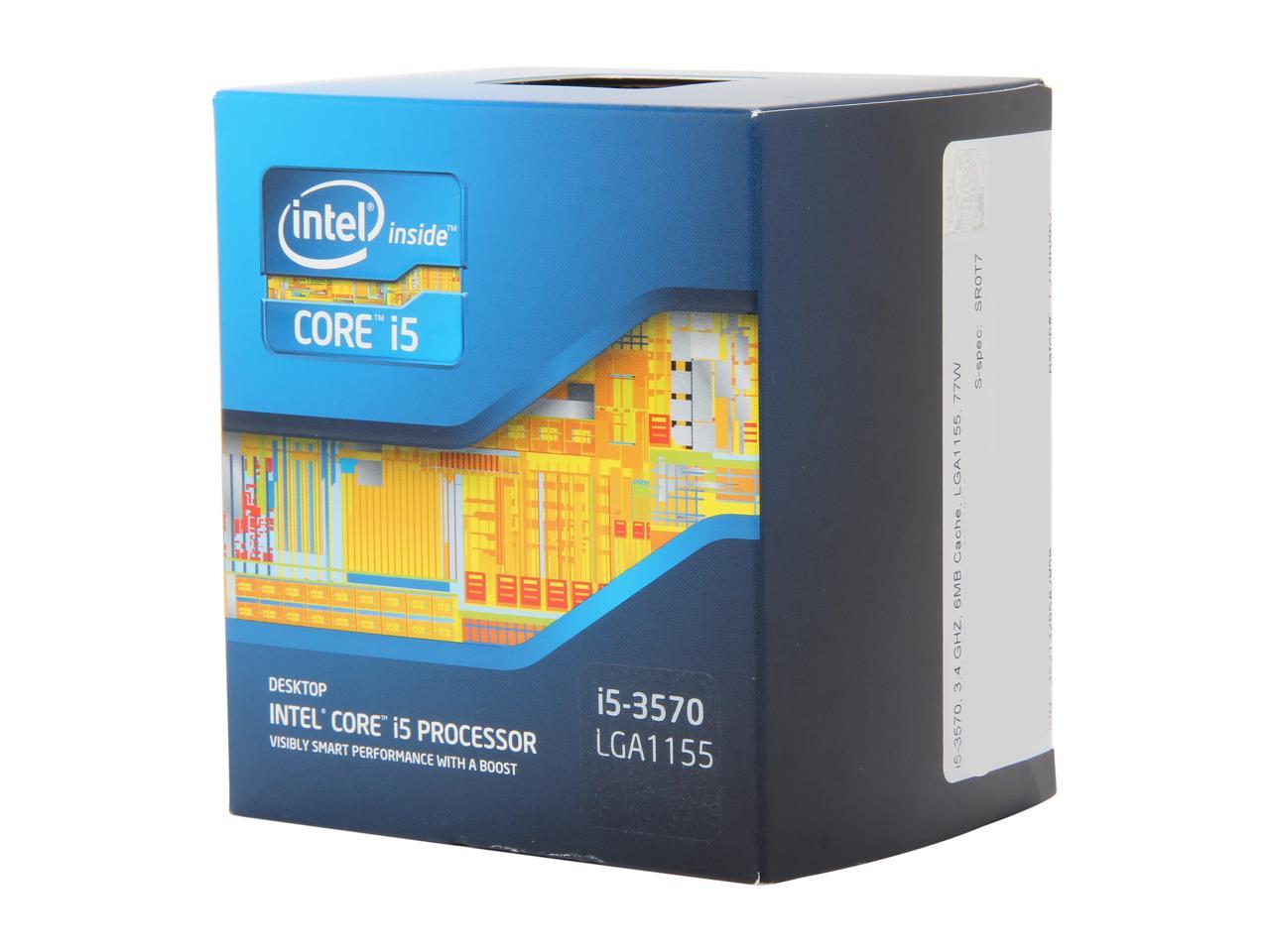 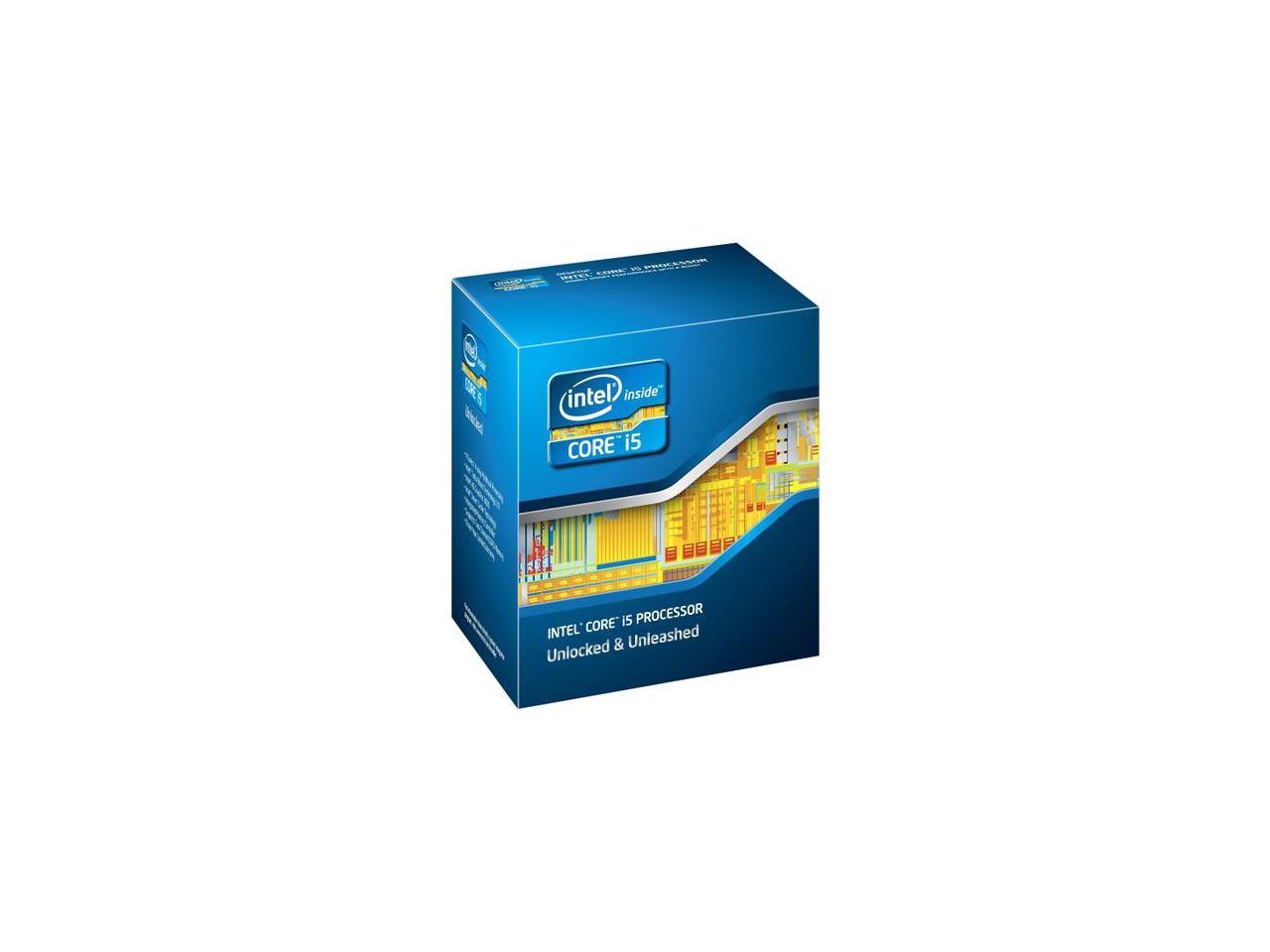 A new PC can provide you with unique and expanded capabilities. And when it is powered by a visibly smart 3rd generation Intel® Core™ processor, it can deliver amazing performance. Smart features give your PC the ability to adapt to your needs, as well as stunning visuals built-in for an enhanced experience that you can both see and feel. You can enjoy a wide selection of entertainment, create and share your great memories, and explore and connect to what interests you most. Rediscover what's possible with a new computer. The only thing more amazing than our technology is what you'll do with it.

Pros: - More reliable than my ex wife - Gone through two GPU's on this CPU build and it still runs stuff over 144fps with a decent graphics card. - Didn't leave me like my ex - Stays relatively cool - Eff you Jennifer

Overall Review: Retiring this old girl this month. Its gone through multiple moves throughout the country and played thousands of hours worth of games.

Pros: Yes, this chip is the non-K version, but it has two features that the K version does not have: Virtualization technology (VT-d) & Trusted Execution technology (Intel TXT).

Pros: If you're not into overclocking, this CPU is practically identical to the K version but ever so slightly cheaper. It's fast and takes everything I throw at it in stride. As the most powerful i5 currently available, this is the best for high end gaming rigs. i7 aren't needed for gaming since HT doesn't improve gaming performance significantly. If you're buying this version instead of the K variant, then I assume you're not overclocking which means that the stock cooler is sufficient enough. So you can save a bit on not having to buy a after market cooler.

Cons: Kinda pricey, but worth it.

Pros: Jumped from a Intel i3-350M (aka a Laptop) to this. What an amazing jump that was. I would struggle every day to do the typical things I usually do (produce music, edit video, and multi task) which would always clock it into 100% usage, freeze, and so on. I couldn't deal with it, so I decided to build a computer after I had the resources. This CPU does everything intensive that I throw at it, rendering images in Cinema4D, playing audio production projects in real time without a single buffer under run, render videos with CPU intensive video formats (that don't render using the GPU), and playing CPU intensive games. I don't think I'll need to upgrade in a while when it comes to the more important stuff I do than play games on it, and I'm extremely happy about that. I mainly picked the 3570 instead of the 3570k because I know I wasn't going to be overclocking. I do know that it isn't hard, I just always wanted to stay away from it, one day I might try Intel Turbo Boost if that makes a big difference. Another pro is that the stock heatsink manages to keep it safe / cool. Though, I DO want a aftermarket CPU fan which will happen sooner or later, I'll assure you that you'd probably won't NEED one unless if you're buying a 3570k and plan on OCing because the temperatures the stock heatsink manages to deliver is completely acceptable for what it is. With 14% load, this manages to stay at 34C, while with 99% load it manages to stay at 56C. Though, the temperatures aren't the BEST THING EVER, they work, including for the heatsink that comes with the CPU. In general, I am completely satisfied with what I bought here.

Cons: I currently can't think of one that I've experience with it so far. ....I can't use it as a grill?

Overall Review: I would say that the pricing CAN be a Con, but there's defiantly nothing wrong with buying an AMD APU if the 3570 isn't in your price range! if you can though, I wouldn't hesitate to tell you to buy one.

Cons: Paired graphics don't match CPU performance by a mile but in this price range, a graphics card add-on isn't likely going to affect those kind of buyers. In the heaviest of multi-threaded applications, this can lose to similarly-priced or even cheaper AMD rivals.

Overall Review: Probably the best entry-level server CPU out there. Definitely the best balanced gaming CPU out there (assuming an add-in graphics card is part of the mix). This was MY personal choice for my new Windows 8 rig including 8GB of DDR3 1600 and a 180GB Intel SSD. I do a lot of encoding, but also a lot of general stuff (no gaming, but 5 monitors) so after reading everything everywhere I could, I could not ignore this was likely the best "balanced" CPU out there.

Pros: Worked...right out of the box. System detected it and all is good, way quicker then my old 3330.

Pros: I wanted a CPU upgrade to speed up my video encodes in Handbrake and Vegas. With my old Core2 Duo I was getting about 4 fps for a 1080p video in Handbrake. Now I get about 37!! I know the i7 will get more but this suites my needs perfectly.

Cons: None so far. Packaged fan is quiet and does the job.