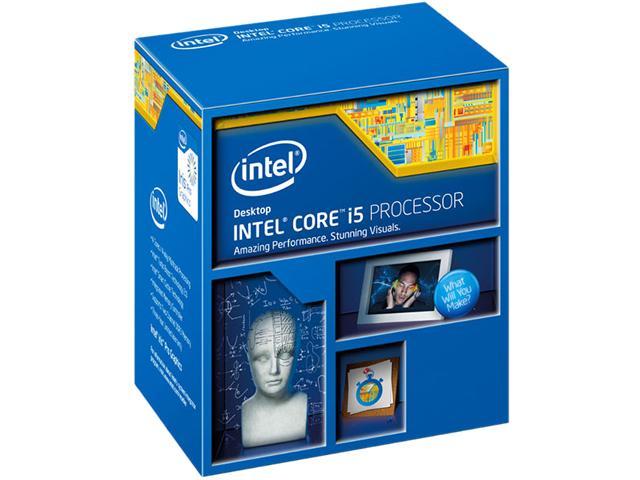 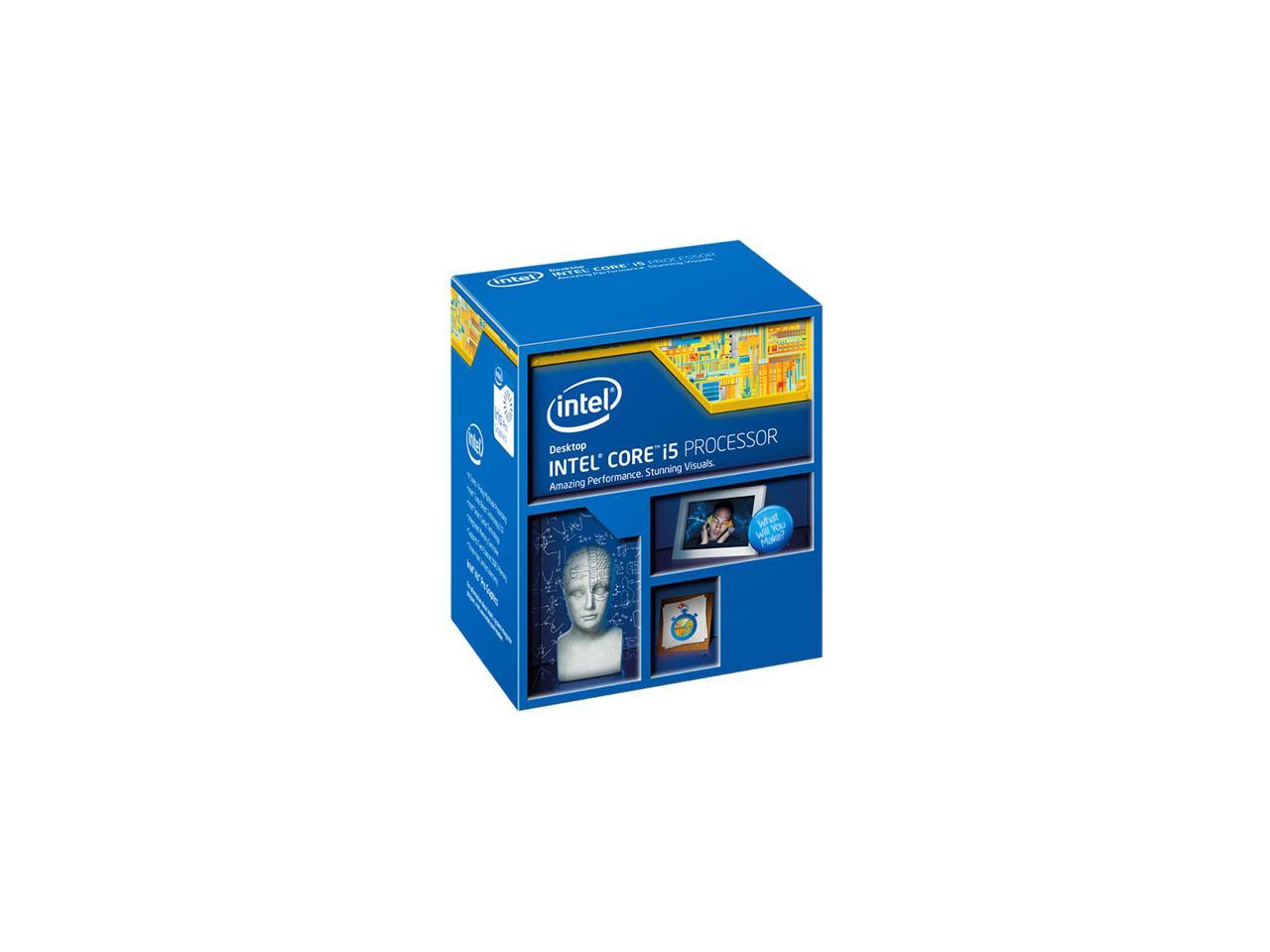 5th generation Intel® Core™ i5 processors empower new innovations like Intel® RealSense™ technology-bringing you features such as gesture control, 3D capture and edit, and innovative photo and video capabilities to your devices. Enjoy stunning visuals, built-in security, and an automatic burst of speed when you need it with Intel® Turbo Boost Technology 2.0.

Cons: I don't really recognize any 'cons' with this processor, as it does a fantastic job when compared to contemporary choices for a CPU. The stiff-necked, politically-correct reviewer would likely complain that power usage exceeds 65 watts when under load, and that it is too expensive. Increased power usage under load, in the real world, is to be expected, and the 'too expensive' complaint (also to be expected), is arbitrary - purely subjective.

Overall Review: I am about as far from an expert overclocker as one can possibly be, and the fact I was able to do it so successfully is what I base 'easy to overclock' on. Installed it in an ASRock Z97M Pro4 motherboard, with16 GB Crucial Ballistix 1600 CAS 8 RAM. The 'overclock' consisted of changing the multiplier to 37 on two cores, and 41 on the other two cores. I did not change voltage, or anything else, as I don't know what I am doing. It runs completely stable, and very cool using a Thermaltake Frio Silent 12 HSF. I don't game any more because of poor eyesight, more than inclination. The normal operating temperature (overclocked is now normal) is 25C, and climbed to 58C 40 minutes into Prime95 @ 100%, motherboard temperature is 24C, case fans on silent, and CPU fan at 1102 RPM. Altogether very quiet! Very stable. No problems. I'm so happy I could...I don't know what...but, I could!! FYI - this machine normally draws about 54 watts. Running Prime95 brings it up to 117-124 watts. Machine consists of ASRock Z97M Pro4 motherboard, Intel Core i5-5675C, cooled by Thermaltake Frio Silent 12 HSF, 16GB Crucial Ballistix 1600 CAS 8 RAM, Samsung 850 Evo 250GB SSD, WD Black 1TB HDD, WD Black 640GB HDD, Asus CD/DVD RW, LG BluRay RW, OCZ 600MXSP 600W PSU. That's it! Oh! In a Corsair Graphite Series 230T CC-9011038-WW Orange on Black with ORANGE LED fans. (Got case on sale! Nice, though not really my taste!)

Pros: Fast. Iris Pro works great, and really is the best and only reason to get this model over the 6th generation CPU's.

Cons: For what you get, the price premium is hard to swallow. And availability has been terrible.

Overall Review: Iris Pro Graphics is legit. It plays most games well enough, and older titles like it's got a decent video card. For a media server this would be a great CPU, and like my wife's system, it won't make you wish you had a video card in it.

Pros: This is such a gem on a CPU. The massive pool of L4 cache is great for CPU intensive tasks such as multiplayer gaming. Paired with fast RAM such as 2400 mhz or higher and you have the cream of the Z97 crop. irisPro is a hoot to try and play games with. If you're into older titles like csgo it seriously has no issue averaging 100 fps at 1080p high settings without AA. Amazing accomplishment!

Cons: Expensive and if you don't have a use for the iGPU, that L4 better be worth it to you. It isn't a strong overclocked and isn't designed to be. Generally hard to find.

Pros: CPU speed is similar to 4690K, integrated graphics speed is nearly as good as GTX750. These 'C' series processors have the fastest IGP intel has ever made, by far, for a desktop processor. If you don't need to run your games maxed out, this is an excellent value and will save money over a dedicated GPU. As an added bonus. power consumption is also much lower than a 4690K + GTX750 would be.

Overall Review: Make sure your motherboard supports it.