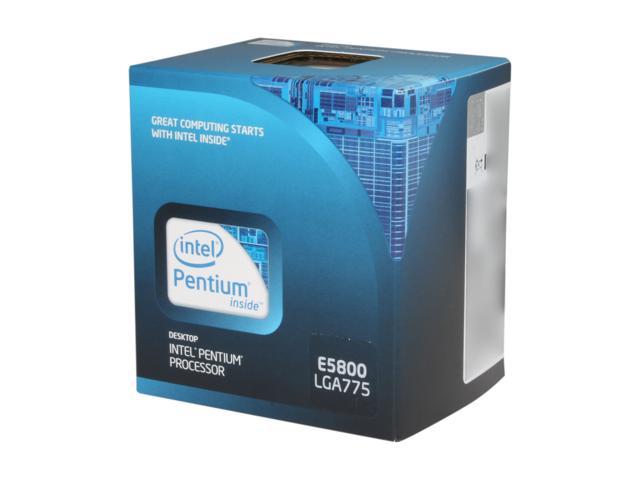 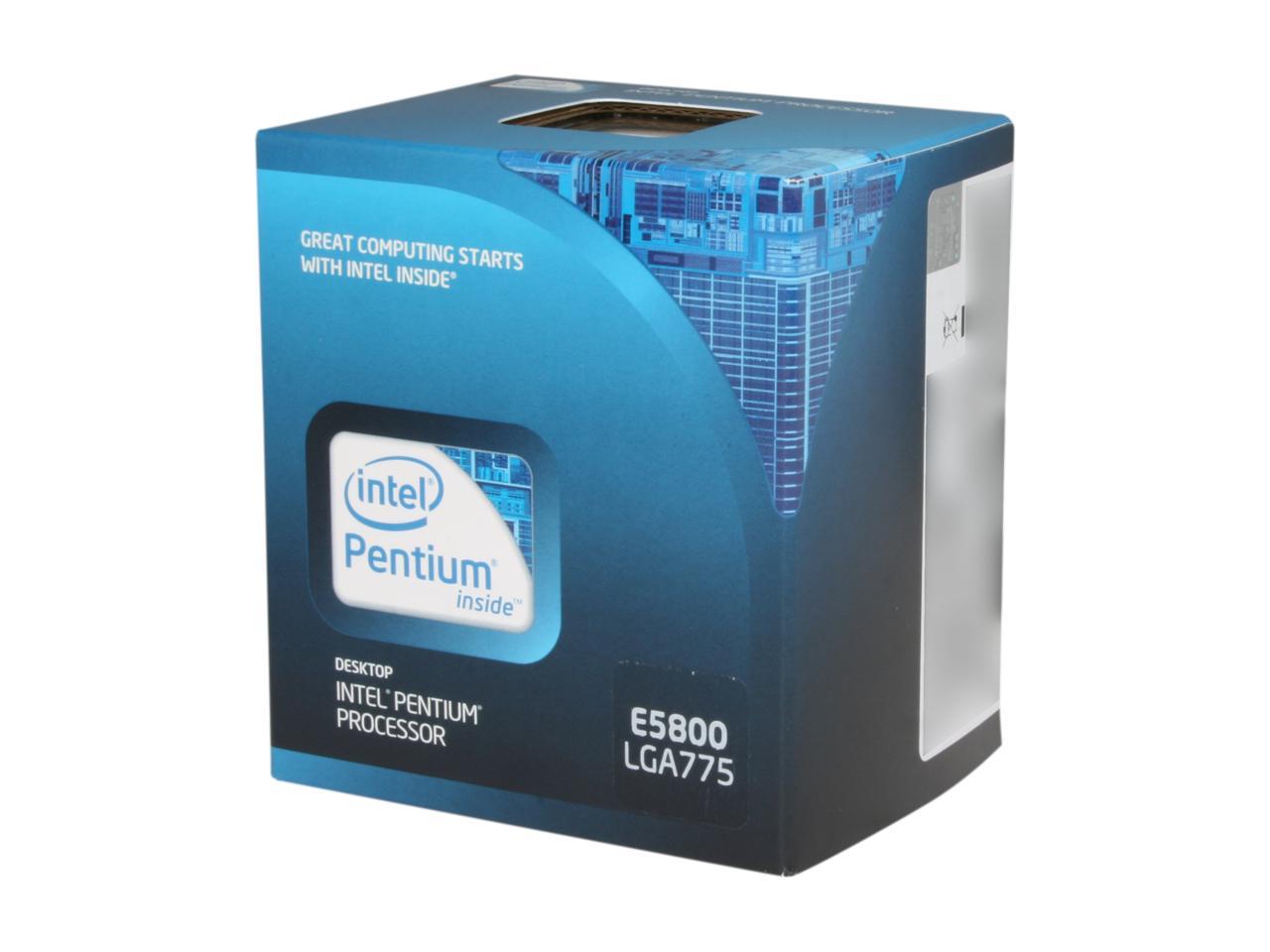 (19) Write a Review
In stock.
Ships from United States.
Most customers receive within 2-8 days.
Overview
Specs
Reviews
With the Wolfdale core, Intel pours more power into the Pentium package. The 45nm manufacturing tech allows Intel to reduce power requirements to 65W. Lower power means less CPU heat, which translates to lower system heat and longer system life. They also pack more features into the chip.
The L2 cache has been bumped to 2MB and the Front Side Bus has been pushed to 800MHz. They also boosted memory access and execution speed with Wide Dynamic Execution and Smart Memory Access. These technologies work together to let the processor handle more instructions with more data per clock cycle. You'd better watch out -- your enemies will be shooting back faster now!

Learn more about the Pentium E5800

Pros: Using this in a Asrock 775i65g with no issues what so ever. Nice upgrade from a e2160. Runs at about the same temperature but much faster as the old processor. My setup went from 11000 to 15000 in 3dmark05. Comes with heatsink but I'm not using it.

Cons: No real complaints here. Works exactly as advertised and then some.

Overall Review: I have this running on an old Gigabyte GA-EG31M-S2 motherboard at 4GHz with a 1333MHz front side bus with a 12 multiplier at STOCK VOLTAGE, prime 95 stable, and never gets over 60C with a stock intel copper core cooler from a Q6600. That's right. Read that sentence again. Easy way to wake up an old 775 board on the cheap. 4GHz, 1333MHz FSB, 2MB of L2 cache. I'm in love.

Cons: still no cons. stay out of jail. I just wish I could have got one that needed hardly any voltage to get 4.8ghz+ but I'm pretty cool at 4151ghz 1.38 stable

Overall Review: Online forum posts have trended to saying that the e5800 couldn't handle FSB higher than 300, but I have found, along with several other reviews I've read here, that it's fine to hit 333+ and the gain from faster FSB is noticable. Maybe you should bump it up a bit gradually though, and maybe bump the VTT.

Overall Review: Have bought 6 of these in the last couple months to replace some E2140s in Vostro 200 towers for a client and to give new life to a couple of new Socket 755 motherboards I had laying around that I was going to build charity machines for a couple people in need. On the Vostro's is was a night and day difference in speed. Client wont have to buy new machines for at least another 2-3 years now.

Cons: None at this price. Maybe some more L2 cache or higher FSB if I had to choose???

Overall Review: Using this in a budget build with some parts that were given to me, plus some things I had lying around. MSI P6N SLI Platinum (old), 4GB DDR2800 RAM, Xigmatek Dark Knight Cooler (awesome), EVGA GeForce 460 GTX SE (overclocked to 850 Mhz). Runs cool and fast and uses little power. On this old socket 775 MOBO, which was not known for being a great overclocker, I was able to get 4.2 Ghz stable on Prime 95 on air only. Expect to get a bit more with a few tweaks. If you are bringing an old LGA 775 box back to life, you can't go wrong at $75.

Cons: More L2 cache would be nice. But so would it being delivered by strippers.

Cons: I think the fan should be quieter.

Cons: Wish it had atleast 3 or 4 mb cache but its alright its still very fast for what i paid.

Overall Review: I upgraded from a celeron single core and this is lightening speed to me..i can't imagine myself having an i7-2600k