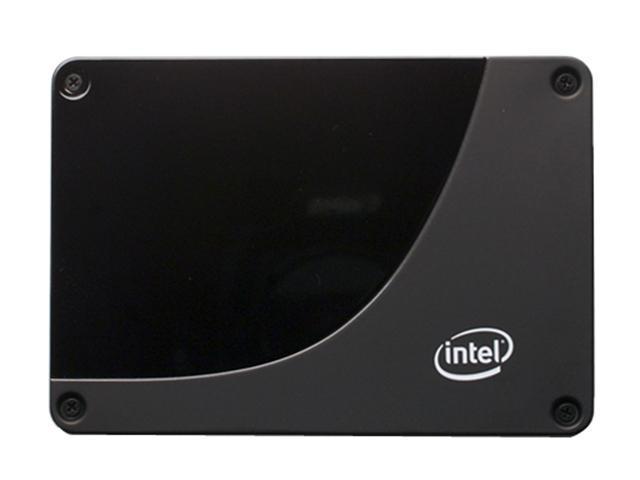 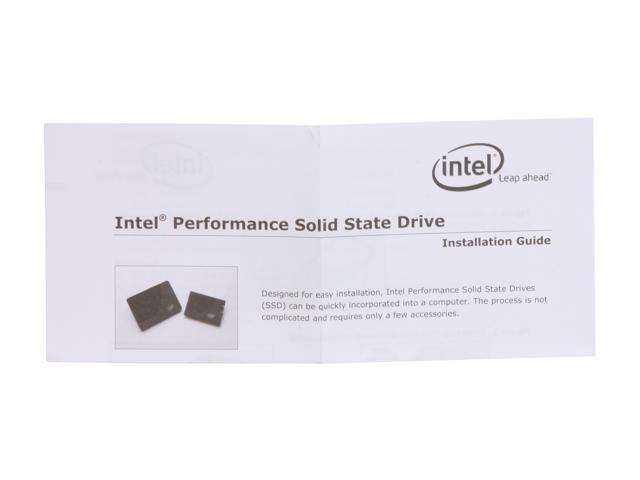 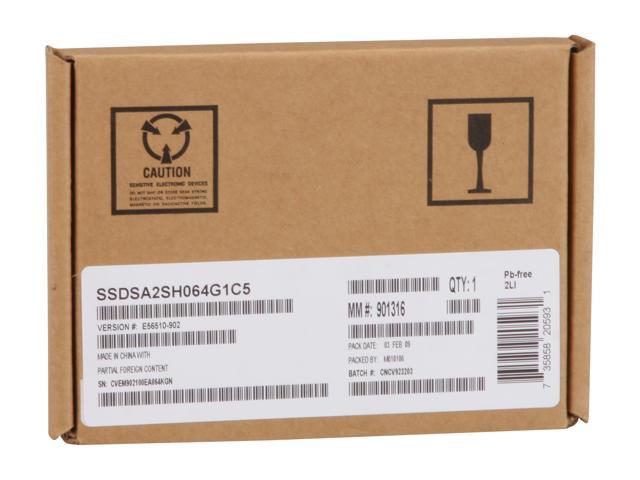 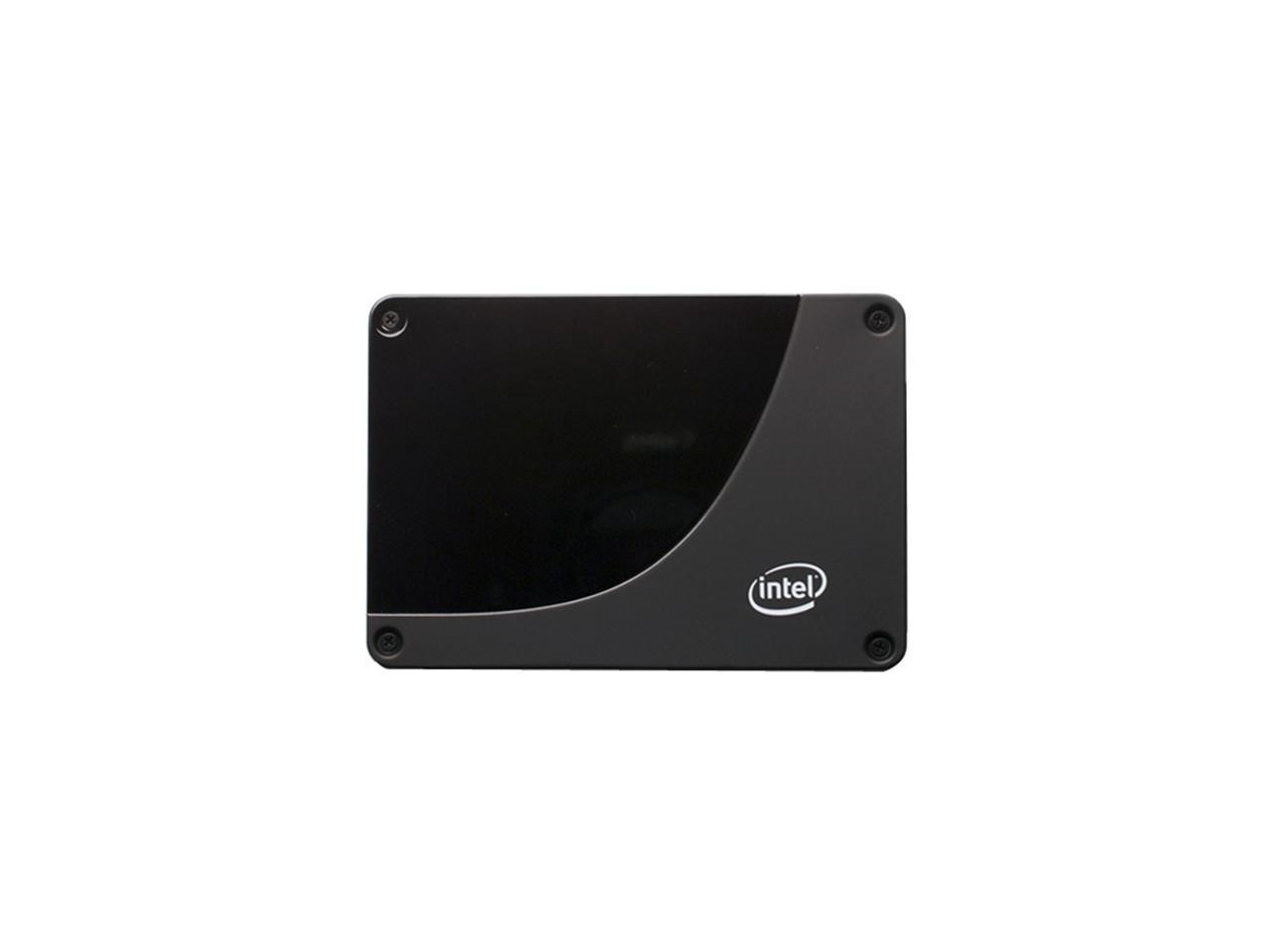 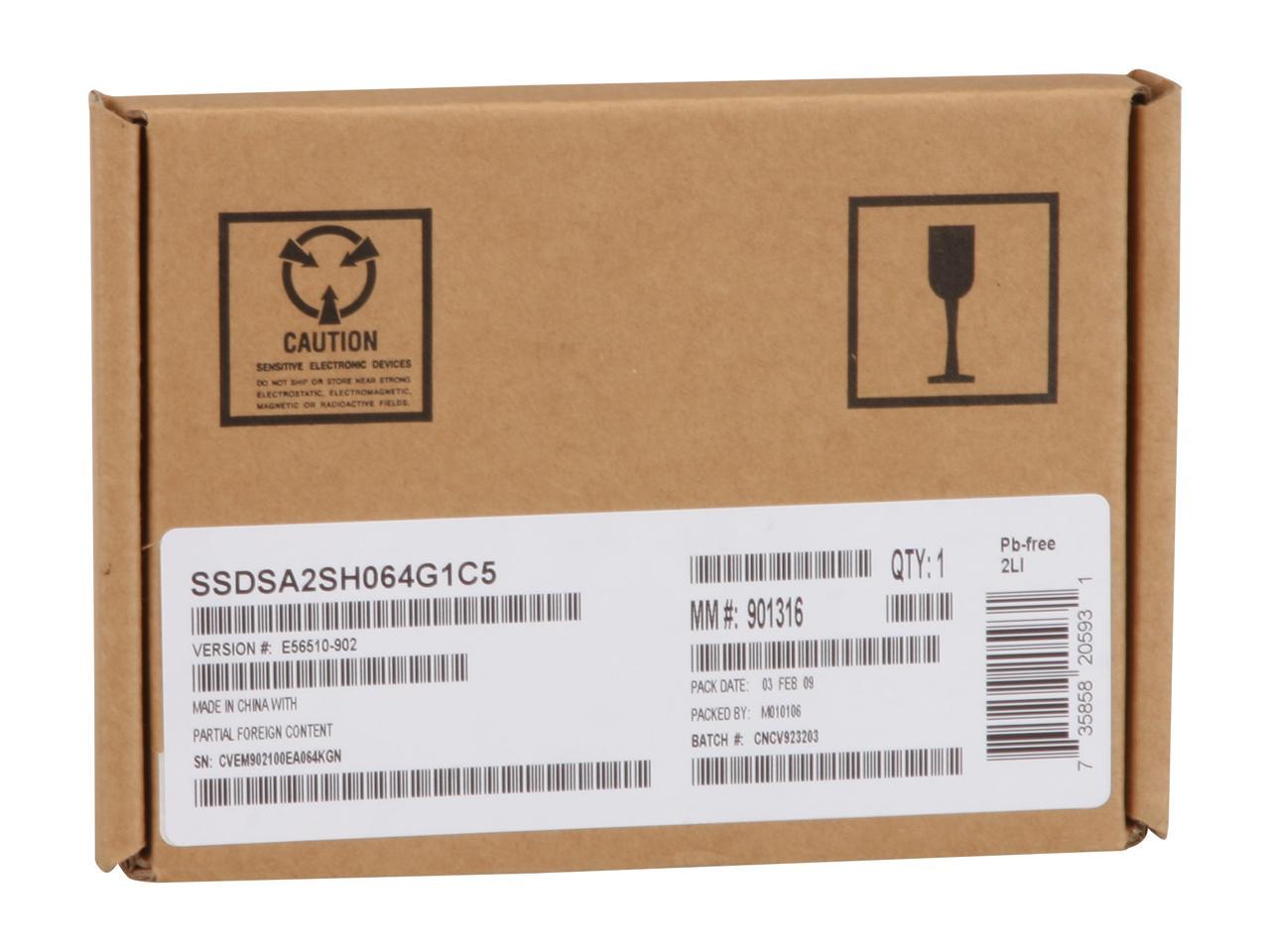 Learn more about the Intel SSDSA2SH064G1

Cons: Capacity makes these hard to implement for some applications Bleeding edge technology is expensive

Overall Review: These drives are great for a RAID 0 configuration. The throughput is incredible. SLC flash technology is much better than MLC especially on write performance Compared against a 15K SAS drive the Intel drive was faster in all tests

Pros: Say goodbye to disk-related bottlenecks. We have two in RAID 0 on a Server 2008 machine as the OS drive and a "scratchpad" partition for commercial OCR and related digital imaging applications. The time to create a typical 2 GB OCR batch is now 30-40% of what it used to be with a RAID 0 array of "regular" mechanical drives. Tiny, quiet, and less heat output and energy consumption than regular drives too.

Cons: They're expensive. Keep an eye on Newegg's combo deals though -- we got ours with free Kingston 4 GB SD cards for $50 cheaper than what they were selling the drive for by itself. Also, 2 x 64 GB isn't a ton of space, but more than enough for the above scenario. Rumor has it that Intel will be releasing a 128 GB version in Q4 2009.

Overall Review: If you have to ask why someone would pay $800 for one of these, this drive probably isn't for you. However, if your work is limited by slow disk I/O, where time is money, then don't hesitate -- as someone else said, these drives are the single biggest performance gain I've ever seen in all my years around computers and software. Don't forget to get yourself the ICY DOCK 2.5" to 3.5" adapter for mounting in regular drive bays . . . it works great and is very well built. These drives is the future -- in a few years, mechanical drives will have gone the way of the CRT.

Cons: none- except price, which is dropping very fast.

Cons: The price and the size.

Overall Review: It brings my 512MB M$ Kindergarden XP VM up in about 4 seconds and puts it back to sleep in about 3.

Pros: Fast throughput for MySQL database use. I moved from 5 15krpm raid array, to 1 SSD drive and I am impressed. I can max out all 4 cpus on my dell server querying data off the SSD drive and still doesn't seem to bottleneck. I ordered a new server just for the SSD drive and ordering another 2 drives to raid them. Wahoo, finally something that rocks! I am using Ubuntu 9.04 on a Dell 2950. I put it in my MD1000, hangs well on the sata connector with no sleeve. My record sets are around 1 million range and use MySQL 6.0 sub-query optimization. I rely heavily on subquery correlation and I need the data fast as possible.

Cons: maybe the price but i would still pay to have one.

Pros: Nothing has made my PC experience as responsive as this hard-disk (not even the upgrade to core i7 965). I have two - one for OS and program files and the other for my development work. All storage I moved to a huge Velociraptor.

Cons: low capacity and expensive at the moment. At 400$ would be a no-brainer.

Overall Review: make sure you move temp directory (OS and IE) to a normal hard-disk.

Pros: Even among the upper tier of SSDs, the read and write speeds are top notch. It's 50MB/s faster on sequential reads versus the next closest competitor (Indilinix based SSDs) and the write speeds are on another level (you need 3 Indilinix SSDs to one intel). Minimum framerates for games stand out over the other SSDs I own (X25-M, OCZ and Supertalent Indilinix SSDs)

11 out of 14 people found this review helpful. Did you?