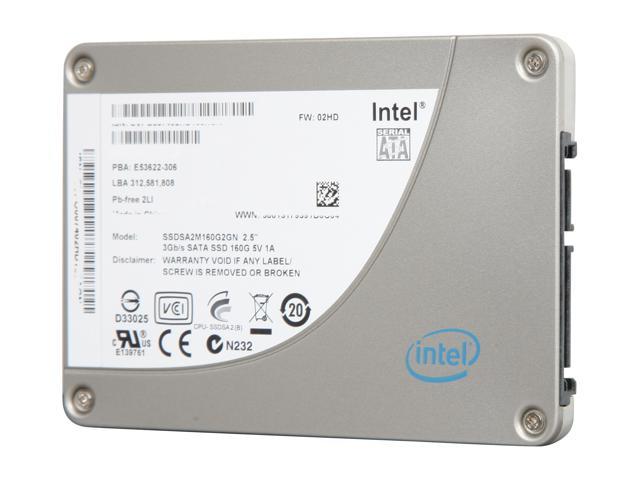 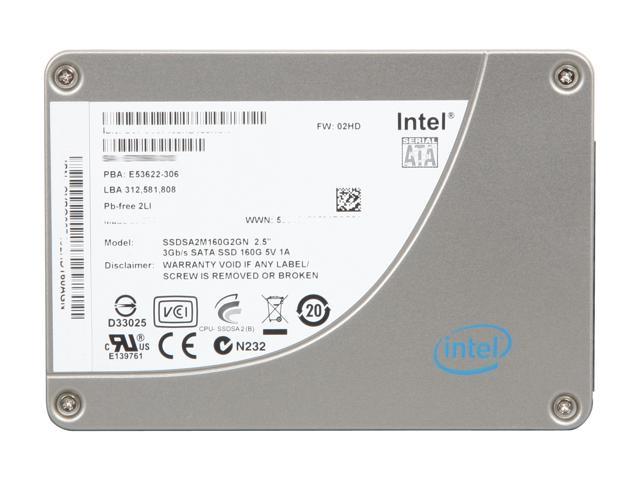 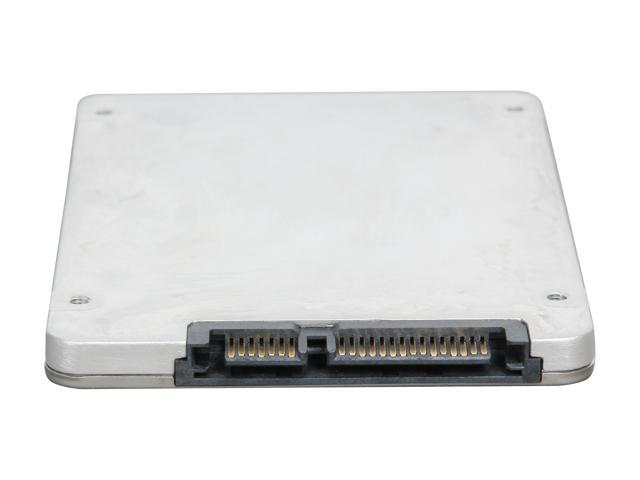 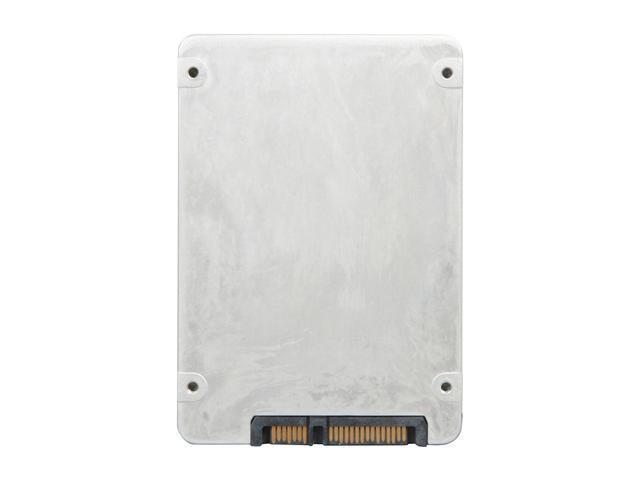 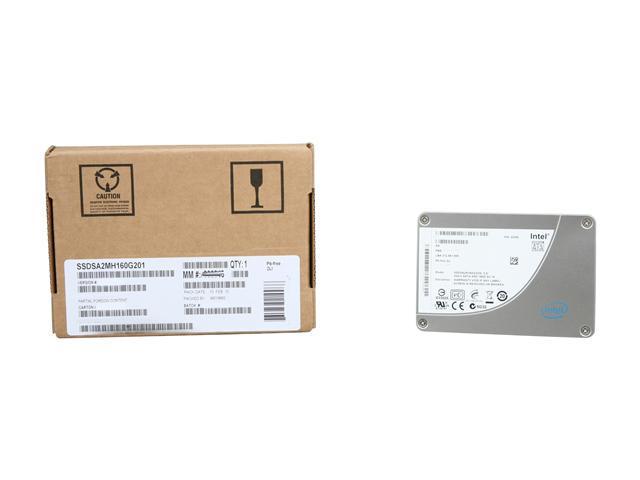 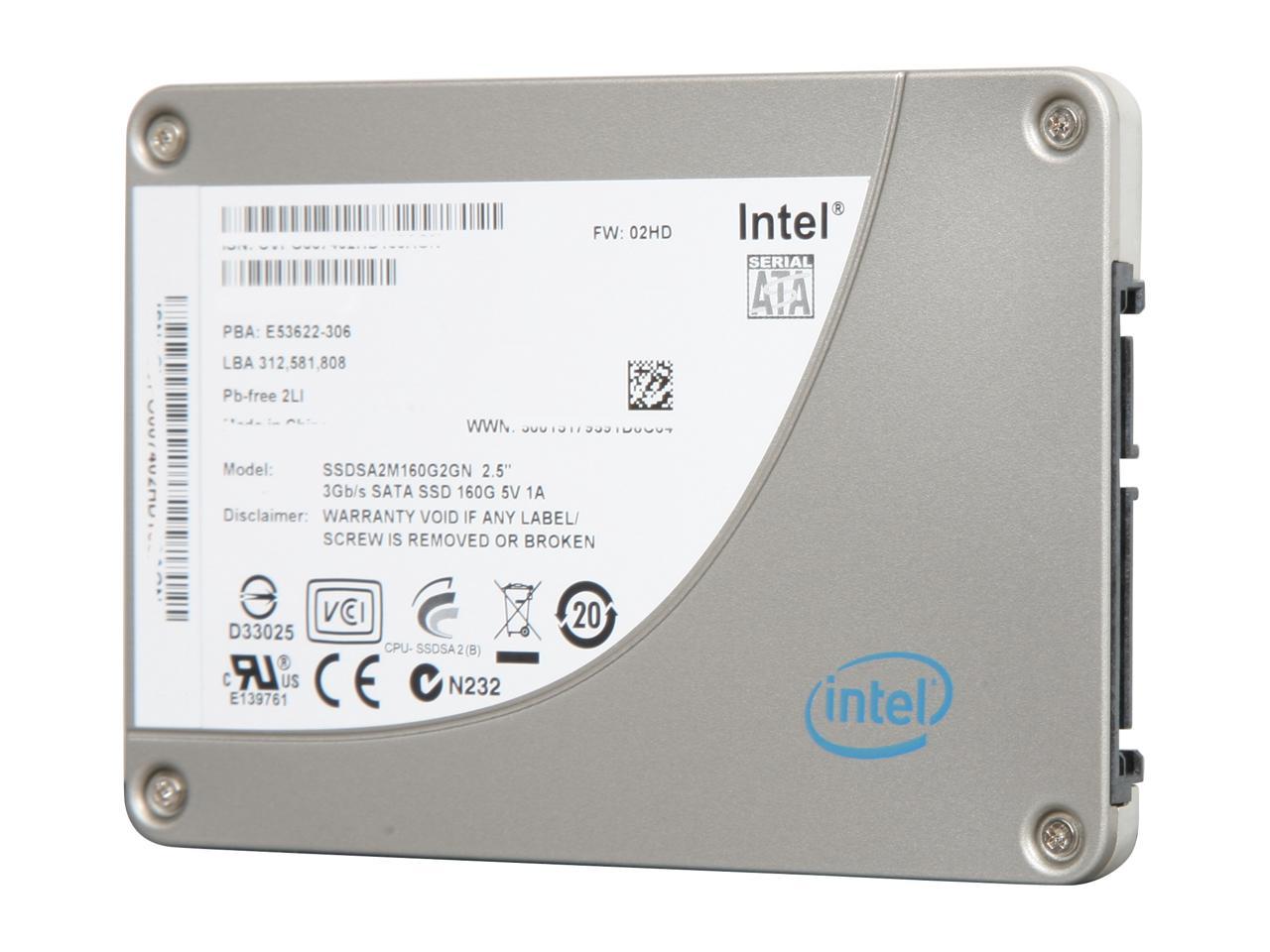 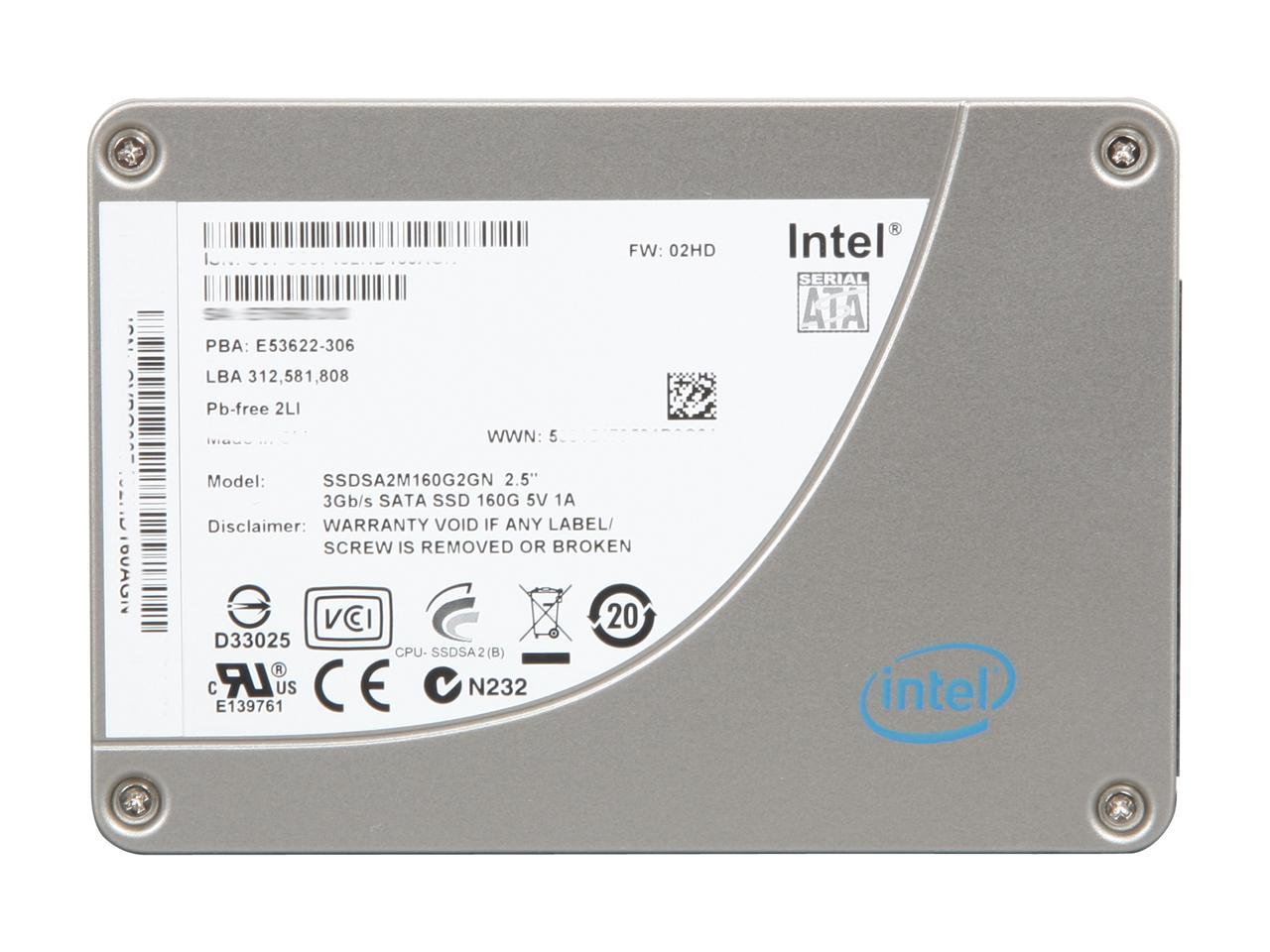 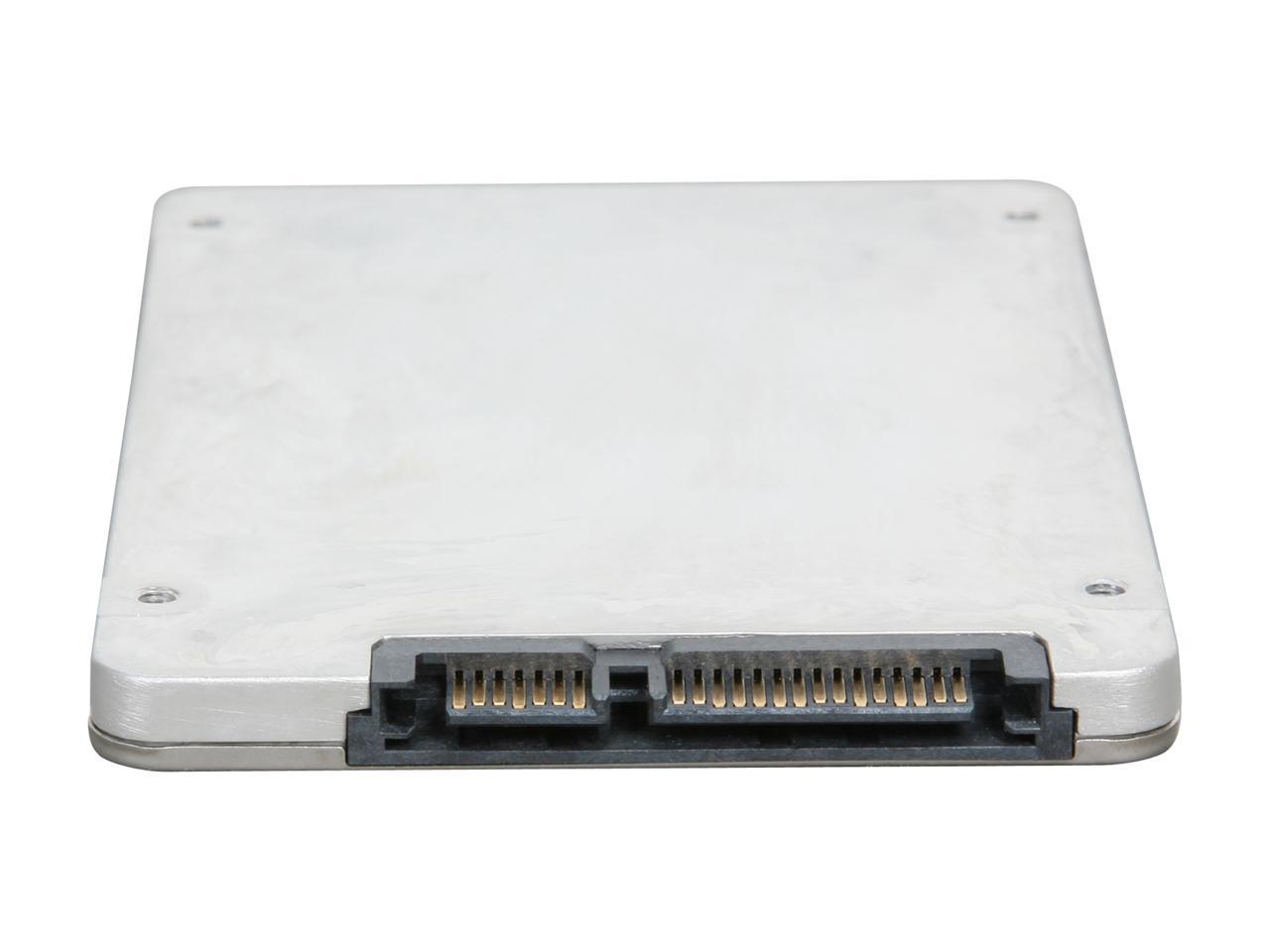 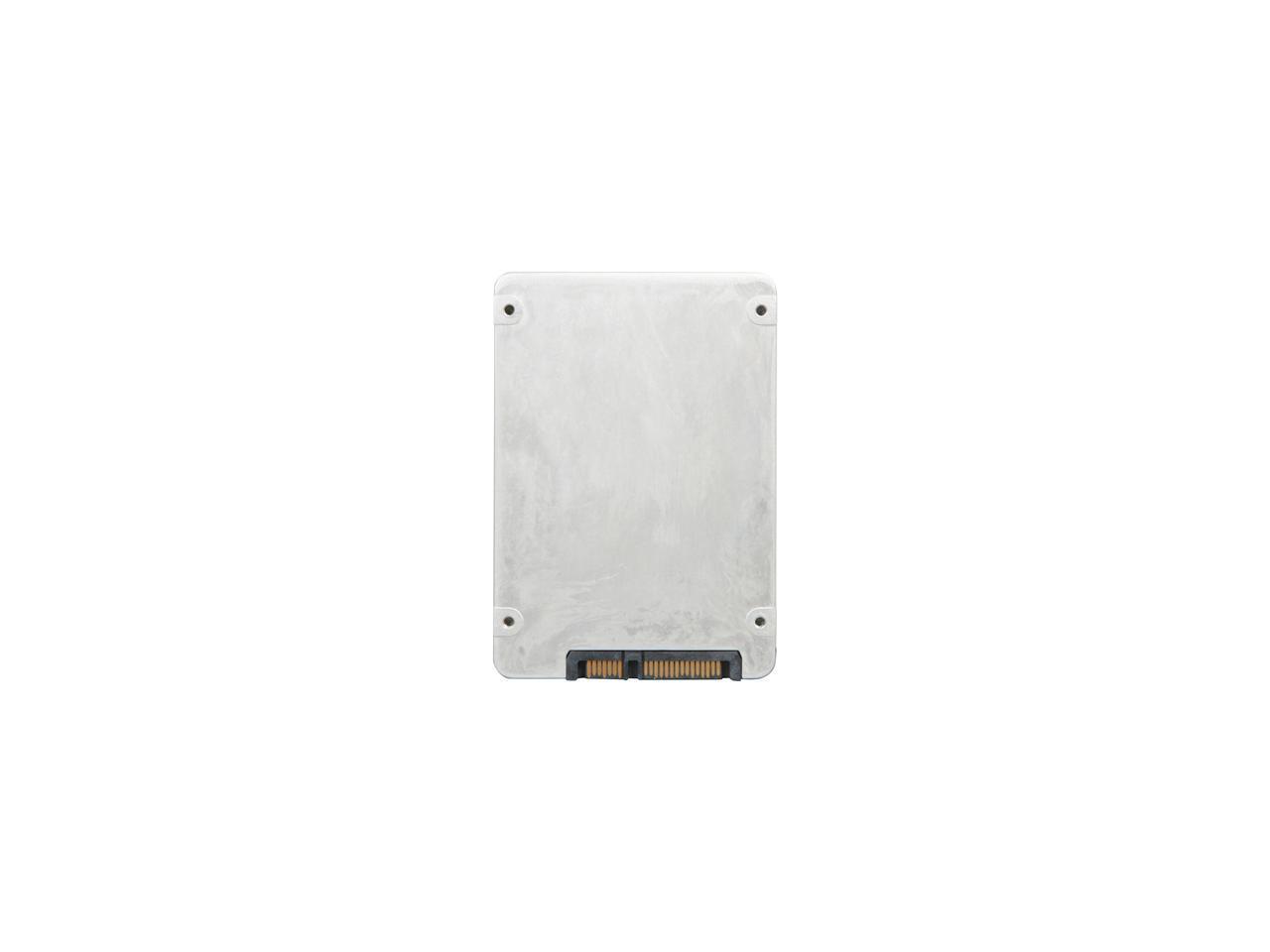 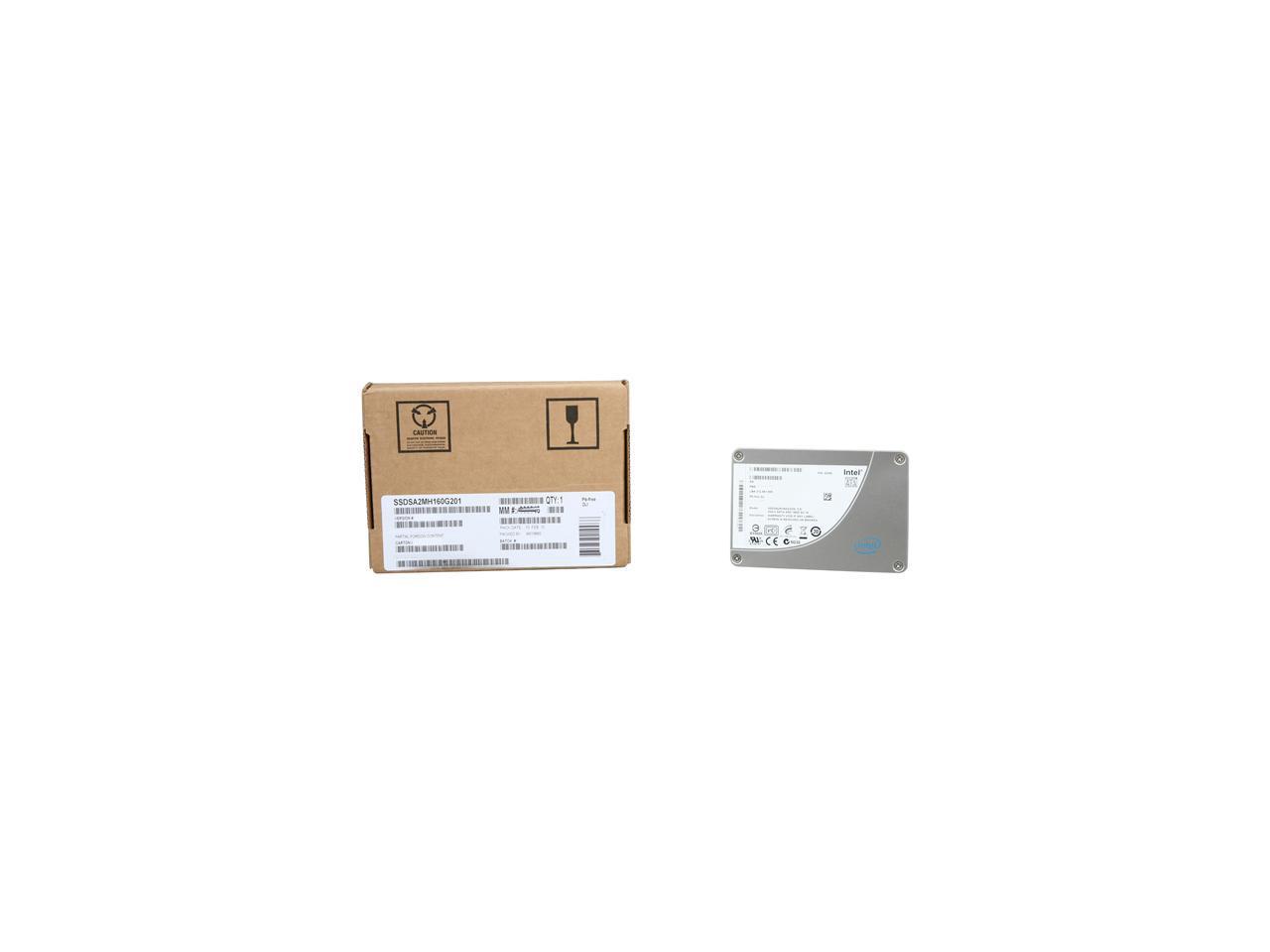 (3) Write a Review
OUT OF STOCK.
Overview
Specs
Reviews
Intel Solid State Drives (Intel SSDs) represent a revolutionary breakthrough that delivers a giant leap in storage performance. The high-performance storage for notebook and desktop PCs, Intel X25-M, is now made on 34nm NAND flash memory featuring the Intel Solid State Drive (Intel SSD) Toolbox. Intel Solid State Drives are designed to satisfy the most demanding gamers, media creators, and technology enthusiasts. These new drives bring a high level of performance and reliability to notebook and desktop PC storage, at a fraction of the cost of the previous generation of Intel SSD products.

Learn more about the Intel SSDSA2M160G201

Pros: Fast, off to win 7 pro fully up and wirelessly connected to the internet in 1 minute on a HP DM4 laptop. battery life extended

Overall Review: Pulled out the original 500GB drive in my HP DM4 placed it in a EAGLE ET-CS2BSU2-BK 2.5" USB 2.0 External Enclosure w/ USB cable which works great. placed the Intel SSD in the computer, buttoned it all back up. turned it on, inserted Win 7 pro. no install problems, easier than a HDD. battery life approximately doubled, I am in school and I can have the laptop running for three classes, then I go to work and still use it. I do not bring the power supply / charger with me anymore.

Overall Review: Verify you need this form factor. I use this 7mm height in a laptop.

Cons: Price is crazy expensive. Costs more than the netbook I wanted to install it in! Is not made of bacon or beer.

Overall Review: I expected it to be fast, but WOW. Even I was surprised at how much of a difference it made. With Kubuntu 10.10, GRUB to desktop in less than 15 seconds and that's without doing ANY optimizations (7200RPM drive took ~35 seconds after being optimized.) Gimp opens in less than 2 seconds and OpenOffice Writer in about 4. I will be buying more of these once the price drops down a bit more. Simply Amazing... I just hope the performance doesn't degrade with use.